We use a lot of herbs in our cooking, so I try to ensure a steady supply of the ones we like. Over the weekend I sowed seeds for Parsley, Thyme and Chives: 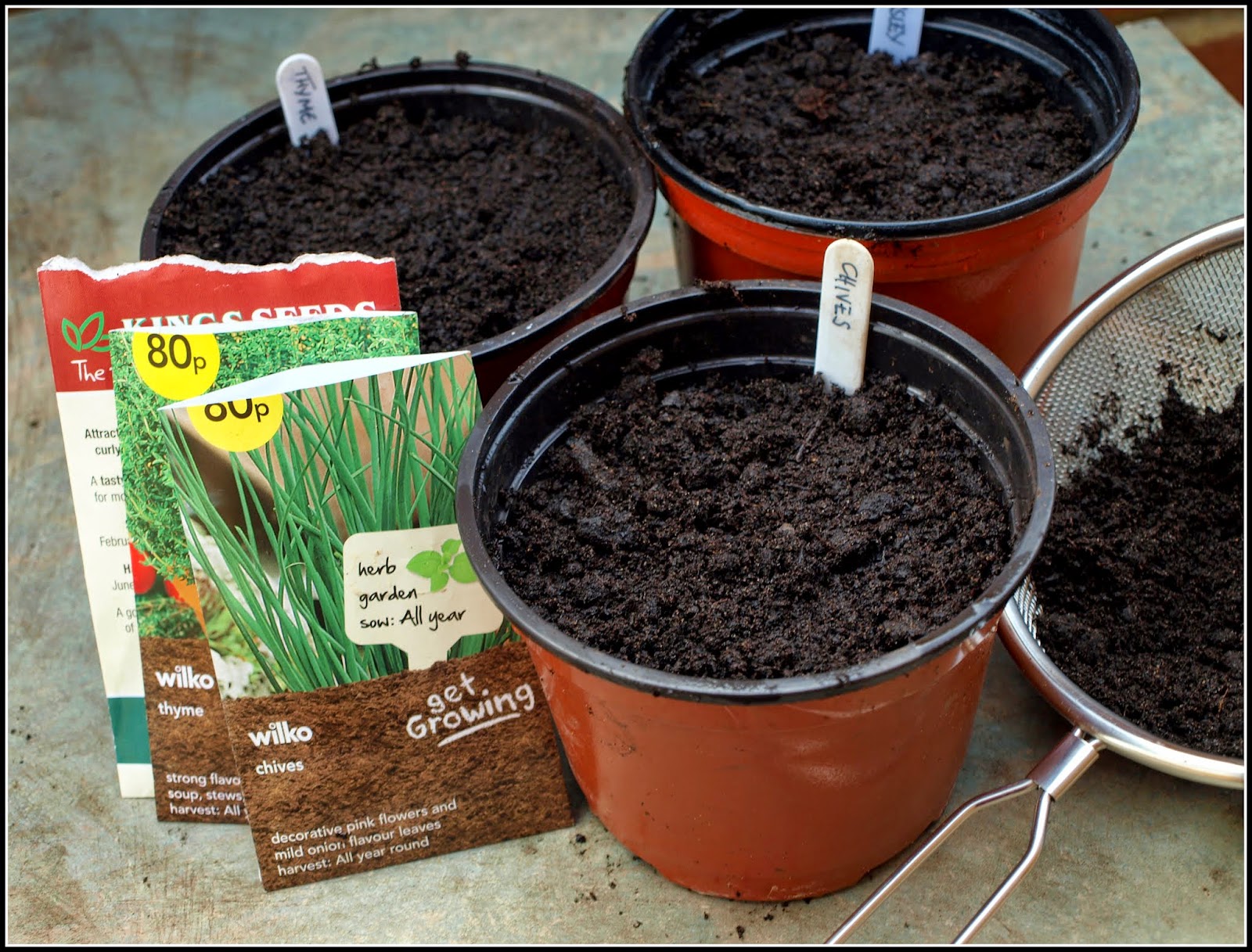 As you can see, some of the seeds came from Wilkinson's (Wilko's), and I bought them at a nice price. They were marked 80p, but they were on Half Price offer when I got them. They are just generic no-name ones, but I will be surprised if they don't do as well as seeds five times the price. Some of the seeds from the big Seed Merchants seem very expensive these days, so it is a nice change to see some that are affordable for people on a low budget.

If you are wondering what the sieve is for, I use it for sifting a fine layer of compost onto the seeds after sowing. The Thyme seeds are particularly tiny and I wanted to cover them very thinly. My plan failed on this occasion though, because the compost was to moist to go through the sieve!

As well as sowing seeds, I was also taking some cuttings. These are Sage cuttings: 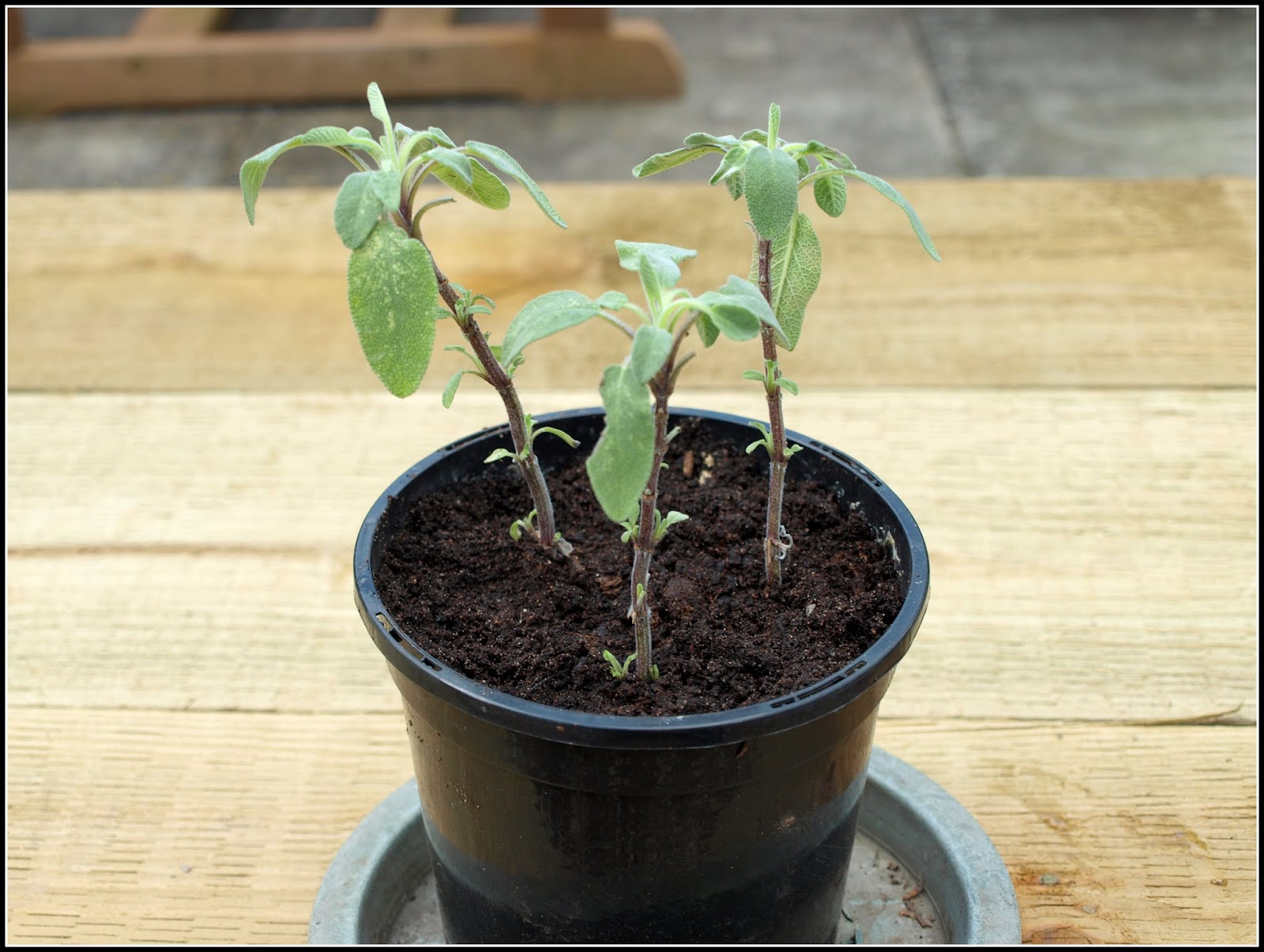 Actually that photo is of some from my previous batch, taken a couple of weeks ago. They have already begun to produce new leaves, so I suppose they have "taken".


This is the most recent batch. They have been dipped in Hormone Rooting Powder and pushed into damp compost around the edge of a pot. The plastic bag helps to keep the humidity high, which will encourage the cuttings to root. 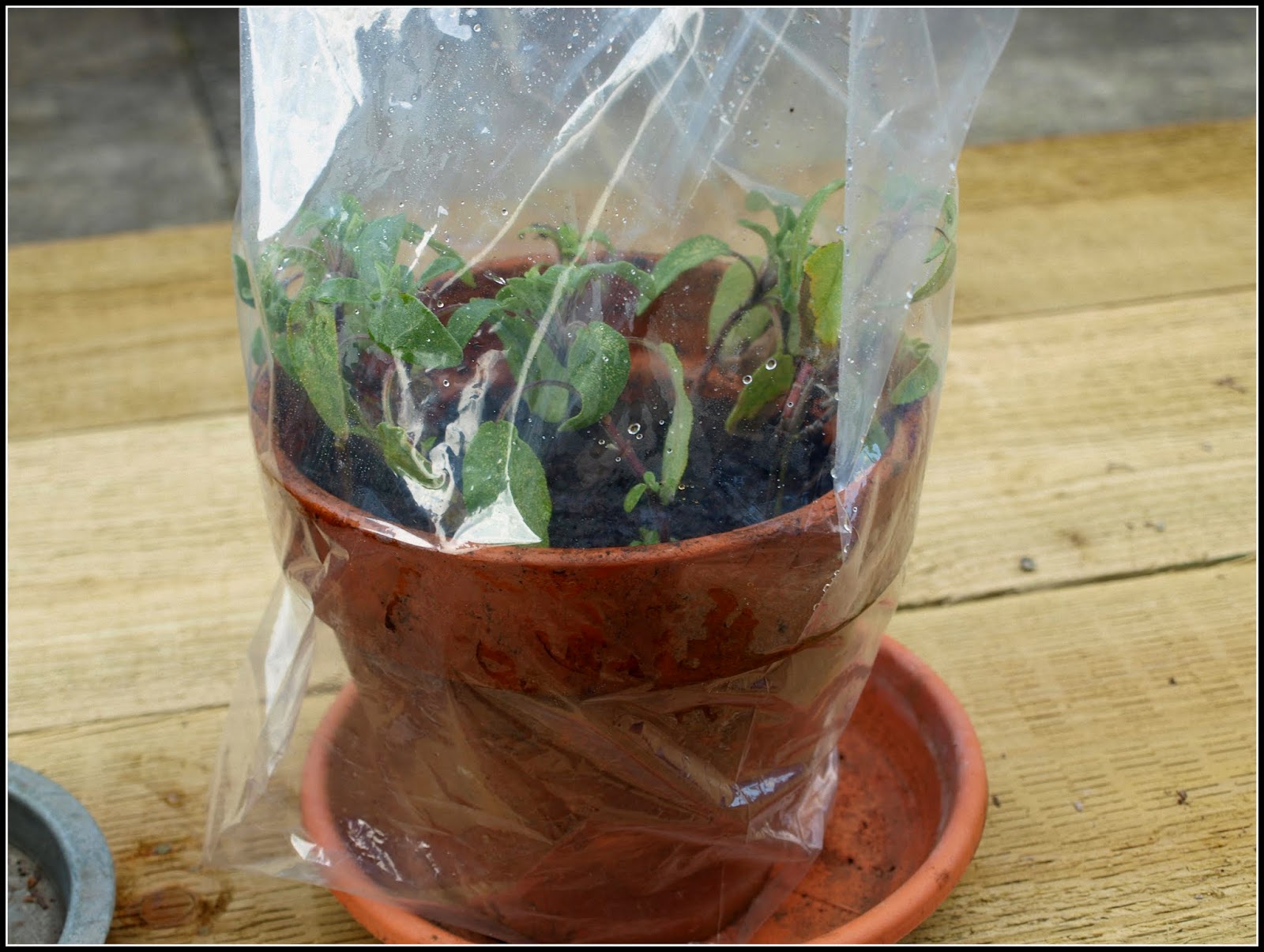 The Mint I divided and re-potted a few weeks ago is growing strongly now, and it won't be long before I feel justified in picking some. 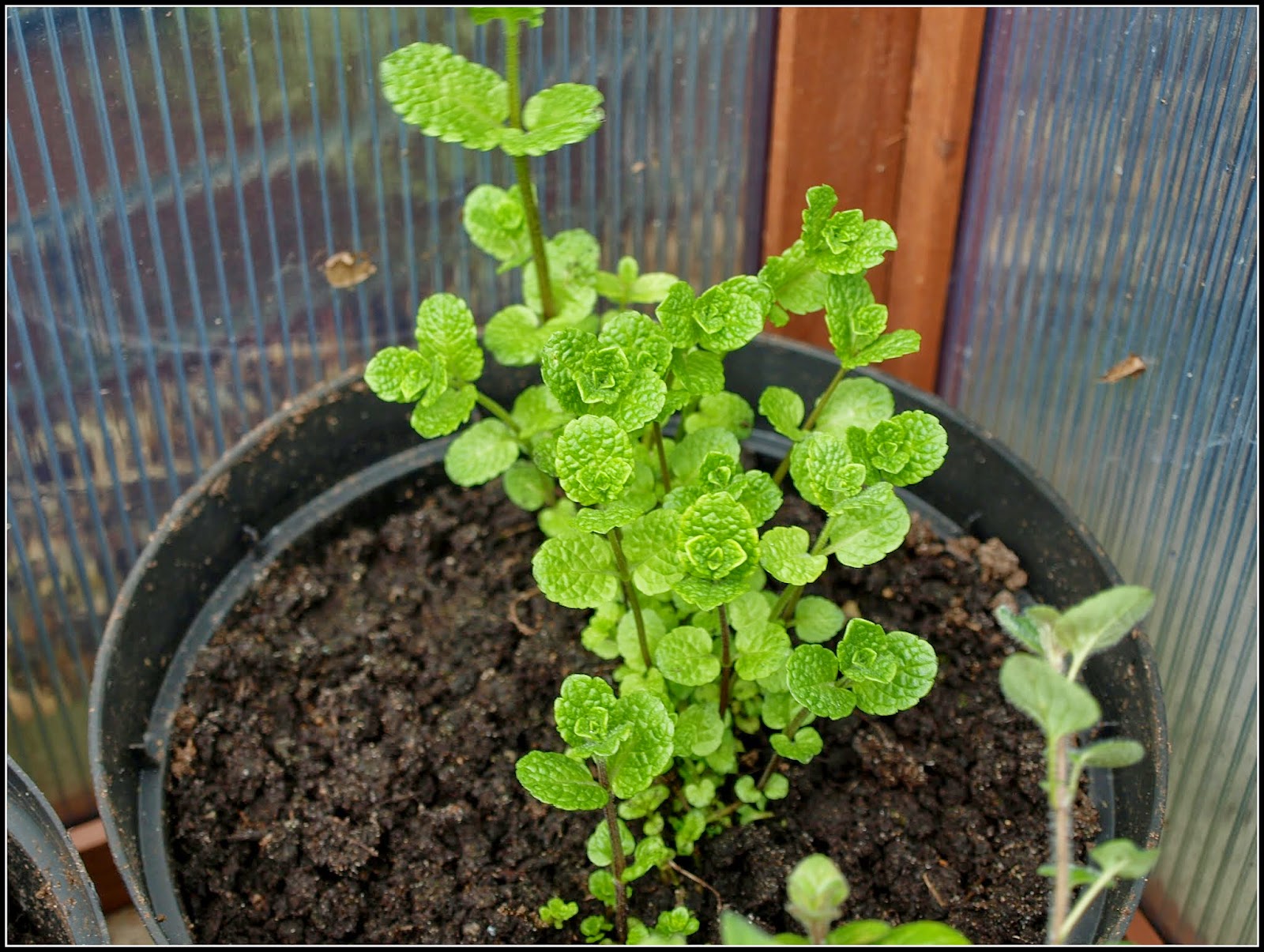 Likewise, the Chives are shooting up rapidly. I didn't divide and re-pot them this time. I don't think they need it every year. They look fine at present. 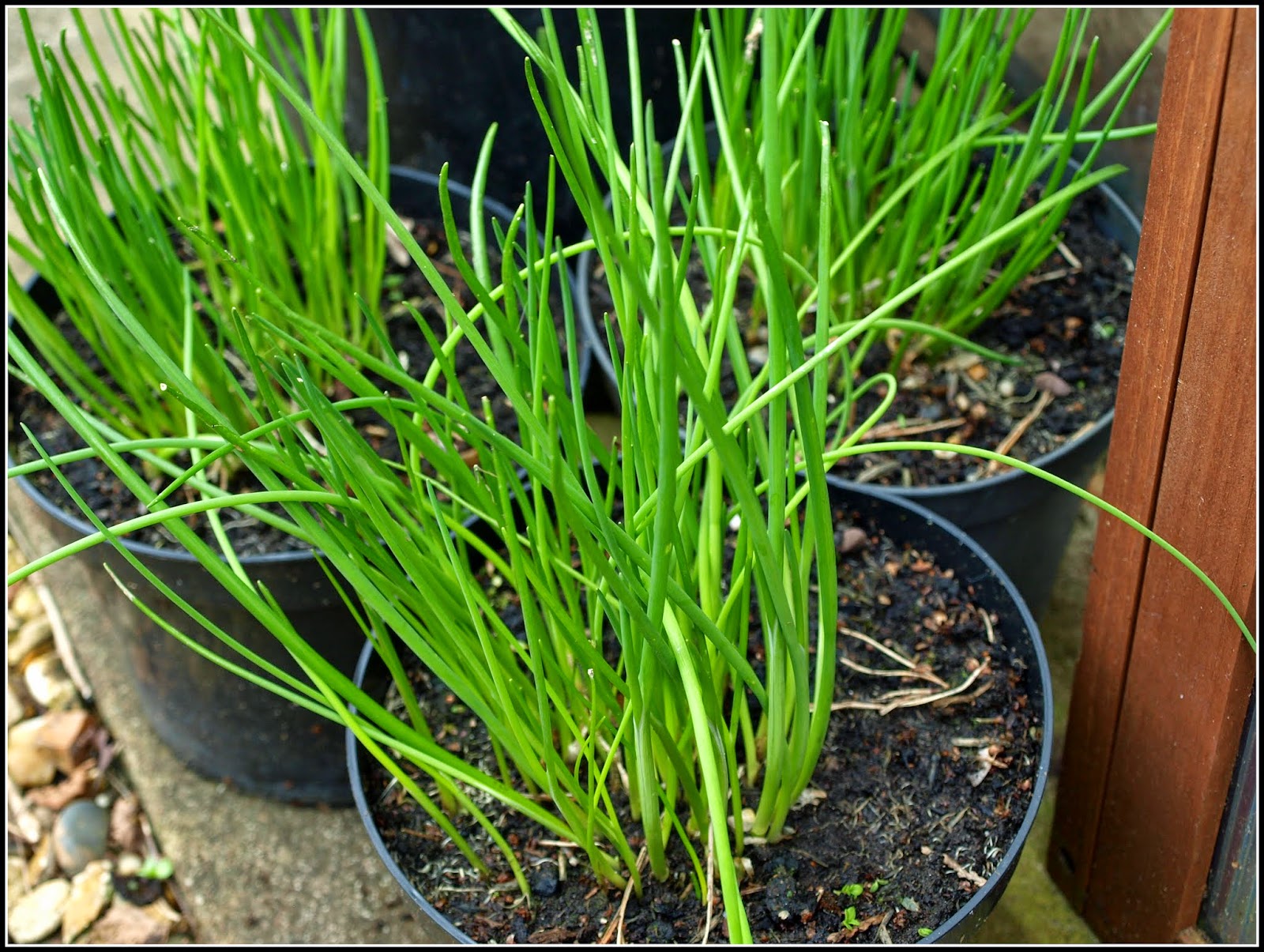 These Parsley seedlings were sown on 20th September last year and have grown very slowly, which is unsurprising. I'm debating whether to plant them out or just keep them in the pot. 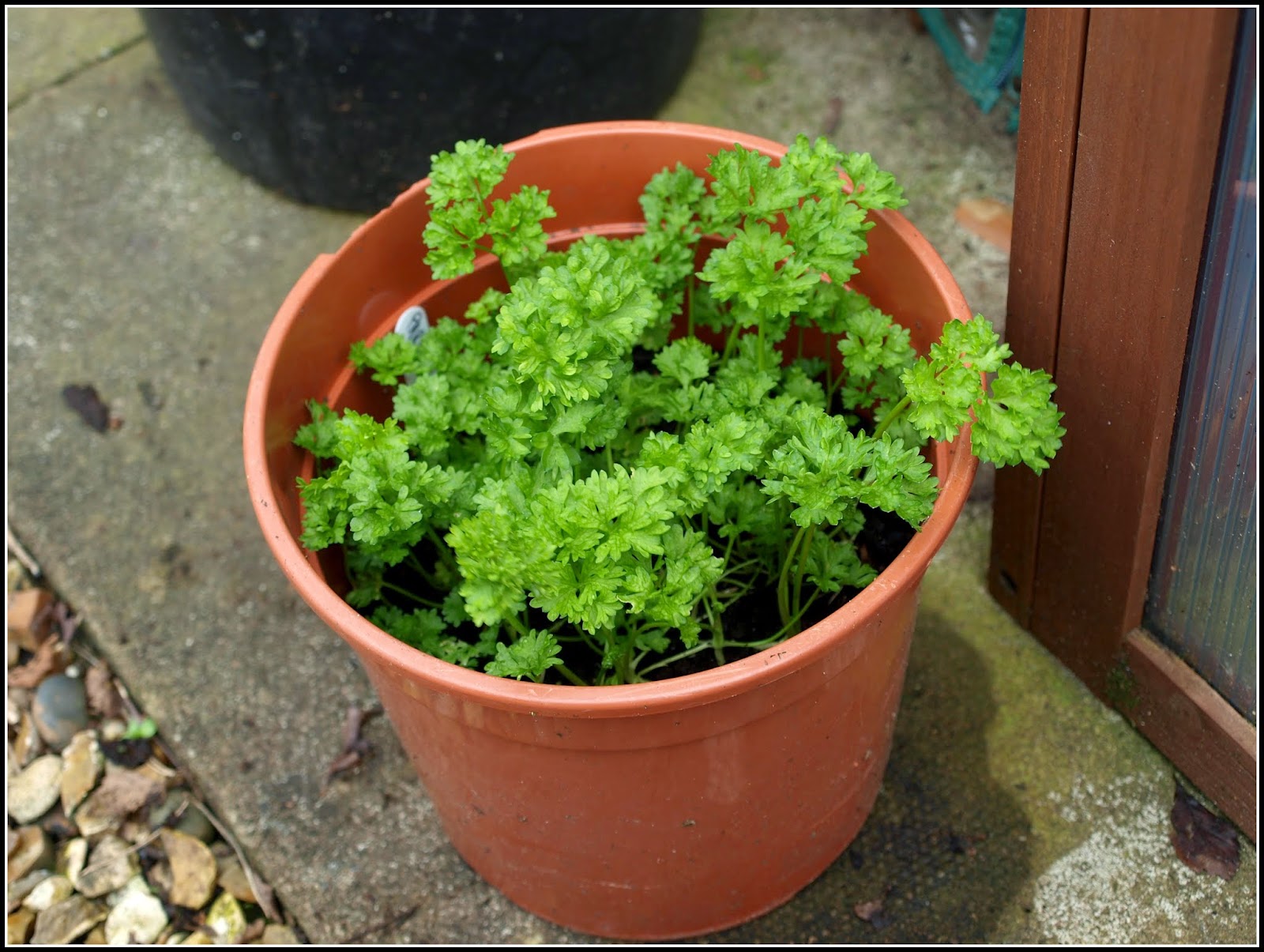 Thyme is the herb we use most in our cooking, so it is always a struggle for me to grow enough of it. Thyme plants don't normally do very well in my garden. I think they don't get enough sun. Usually they suffer pretty badly in the Winter, barely surviving even when protected, so I like to re-stock every so often with plants bought from the Garden Centre. These ones are nearly two years old, and have been harvested a lot. In the circumstances, I think they look pretty reasonable. 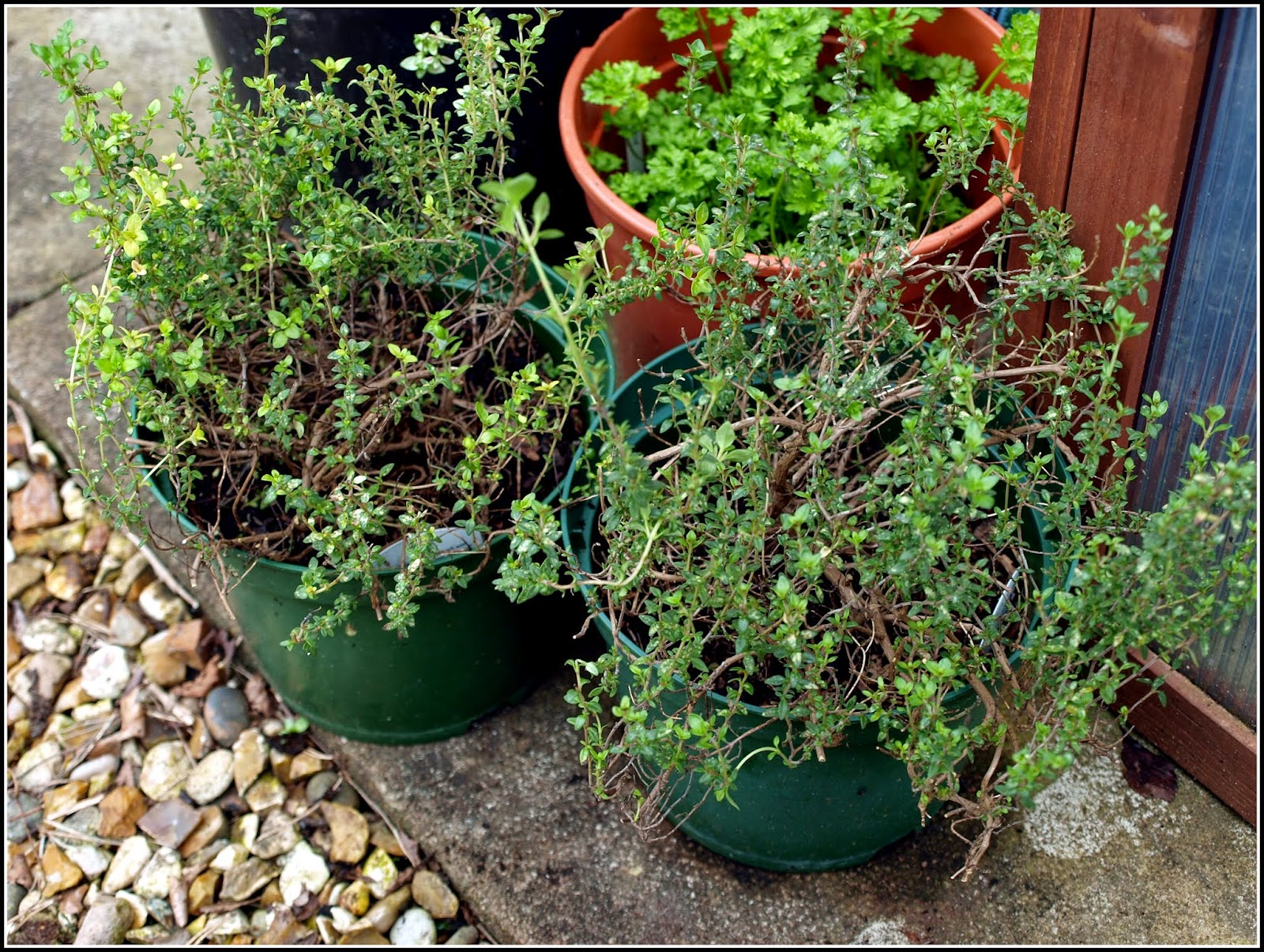