Gardeners debate endlessly whether it is desirable / beneficial to chit potatoes before planting them. [For the sake of the uninitiated "chitting" means getting the potatoes to produce stem-shoots, which should ideally be short, plump and dark-coloured rather than long thin and white.] For my own part, I don't have any really strong opinions on this subject, I simply follow the procedure that my Dad used in the past with considerable success - in other words I do chit my seed potatoes. 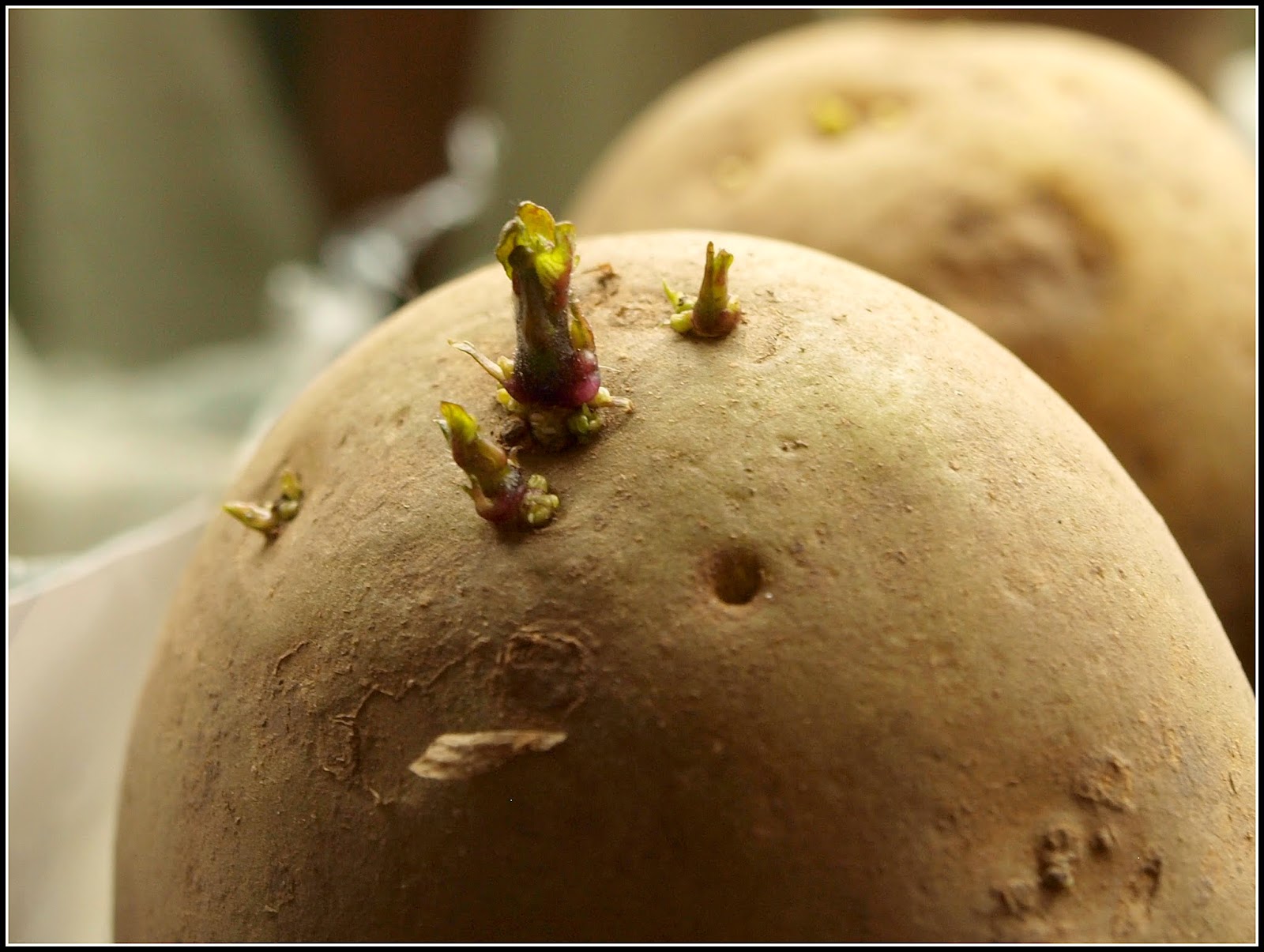 Until last weekend I had my seed tubers (purchased on the last weekend in January) in the garage. However, the chits had been forming incredibly slowly, and I decided to bring them indoors to hurry them along. They now sit on the windowsill of an upstairs room, with the radiator turned off, so that the room is considerably warmer than the garage but nowhere near as warm as the room in which my chillis live. 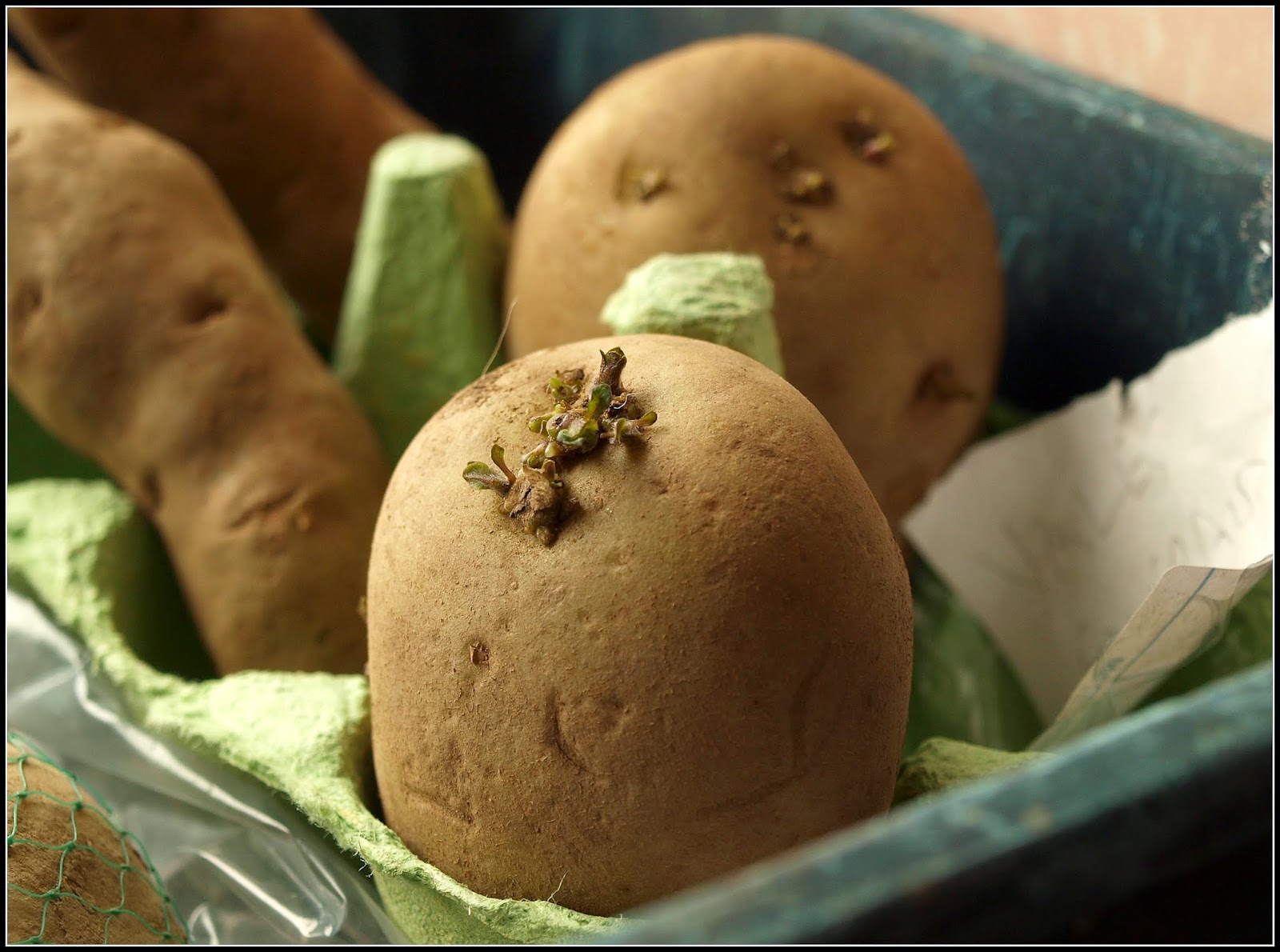 With a bit of luck a few days in the comparative warmth will bring them on rapidly, because I would like to plant the first ones soon.

Elsewhere (in the "chilli room"), I have a different type of potato chitting: 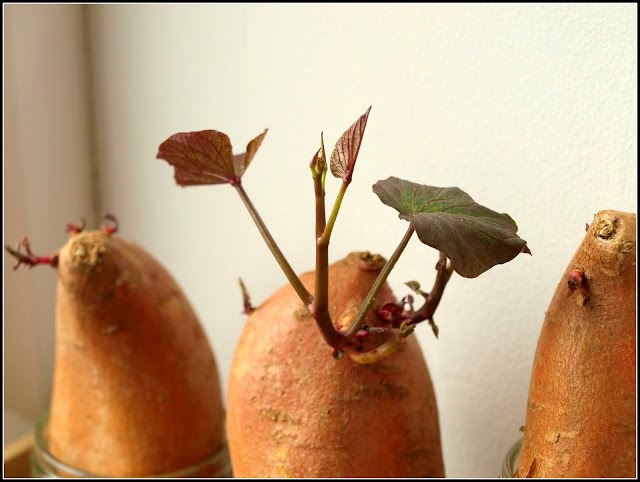 These are the Sweet Potatoes. You may recall that I mentioned that they are shop-bought ones, intended for consumption not propagation, and there was thus some concern that they might have been treated with a growth-inhibitor. Well these ones have evidently not been treated, have they? 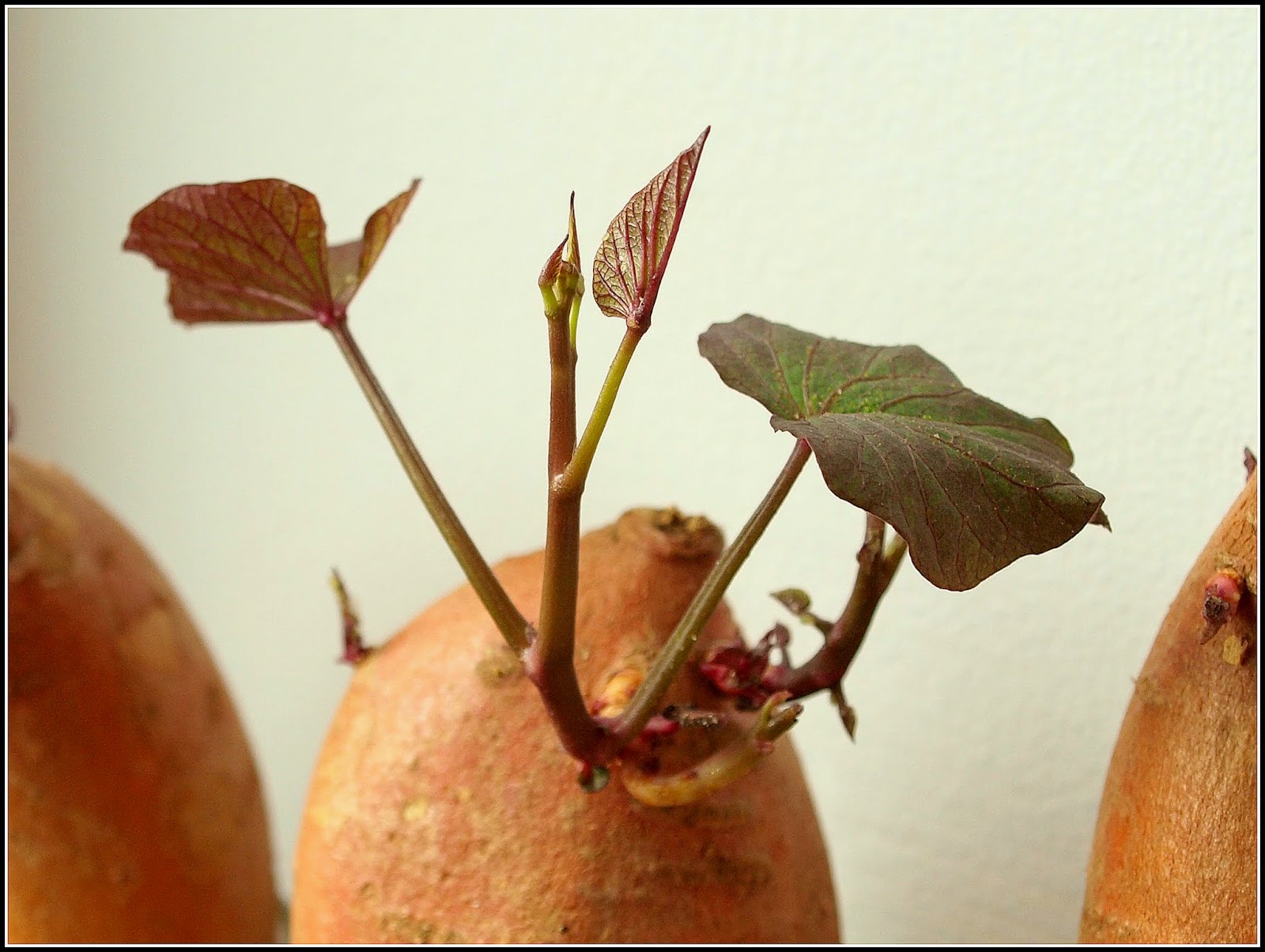 The shoots you see here are the equivalent of the chits on the normal potato, except that they will be used very differently. When they are about six inches long I will break them off the tuber and root them in water, prior to planting them in soil a bit later on.

Even if the Sweet Potatoes don't produce any useable tubers, the foliage is nice. Right now it is a sort of deep bronzy-green colour, and what's more they are also edible.
Posted by Mark Willis at 12:00