Taking advantage of my 3-days-a-week working regime and a still, dry day I used last Thursday afternoon to sow my Parsnips, Carrots and Beetroot.

The Parsnips have gone into the big Woodblocx raised bed again, but on the side where I grew Carrots last year. I have sown two rows - one of "Hollow Crown" and one of "Duchess", which was so successful last year. The "Hollow Crown" ones are from a 60p packet from Wilkinsons, so it will be interesting to see how the cheap seeds compare with the much more expensive ones.

This is my method for sowing the Parsnips. First I rake the top layer of soil and pass it through a riddle (garden sieve) to remove the big lumps and bits of twig from the home-made compost. 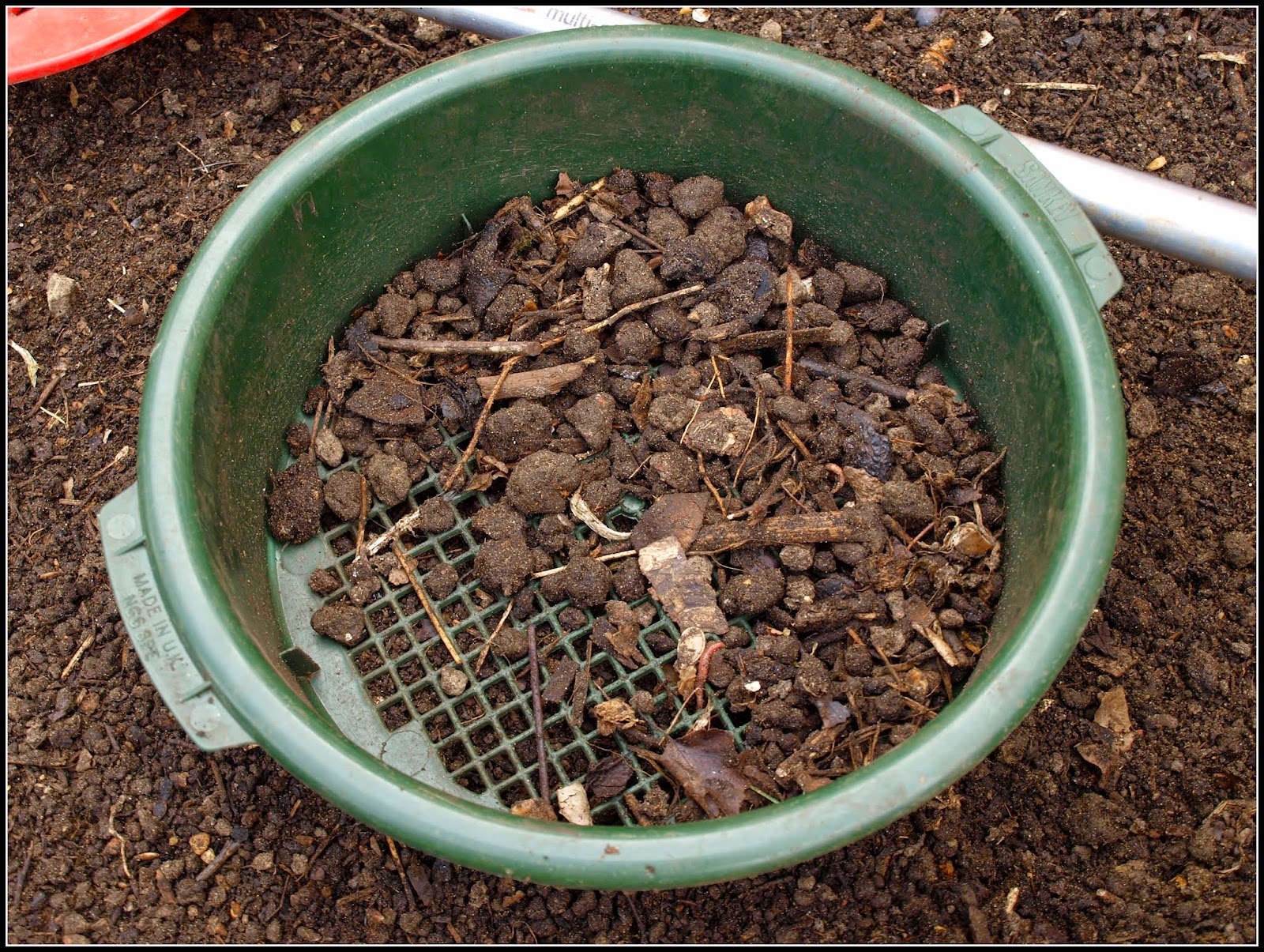 When the soil has been raked to a fine tilth I tamp it down with the flat of my rake to make it quite firm. Then I press the handle of the rake into the soil to make drills about an inch deep. It is lucky that my rake has a detachable handle! I then moisten the seed-drills carefully, using a small watering-can. 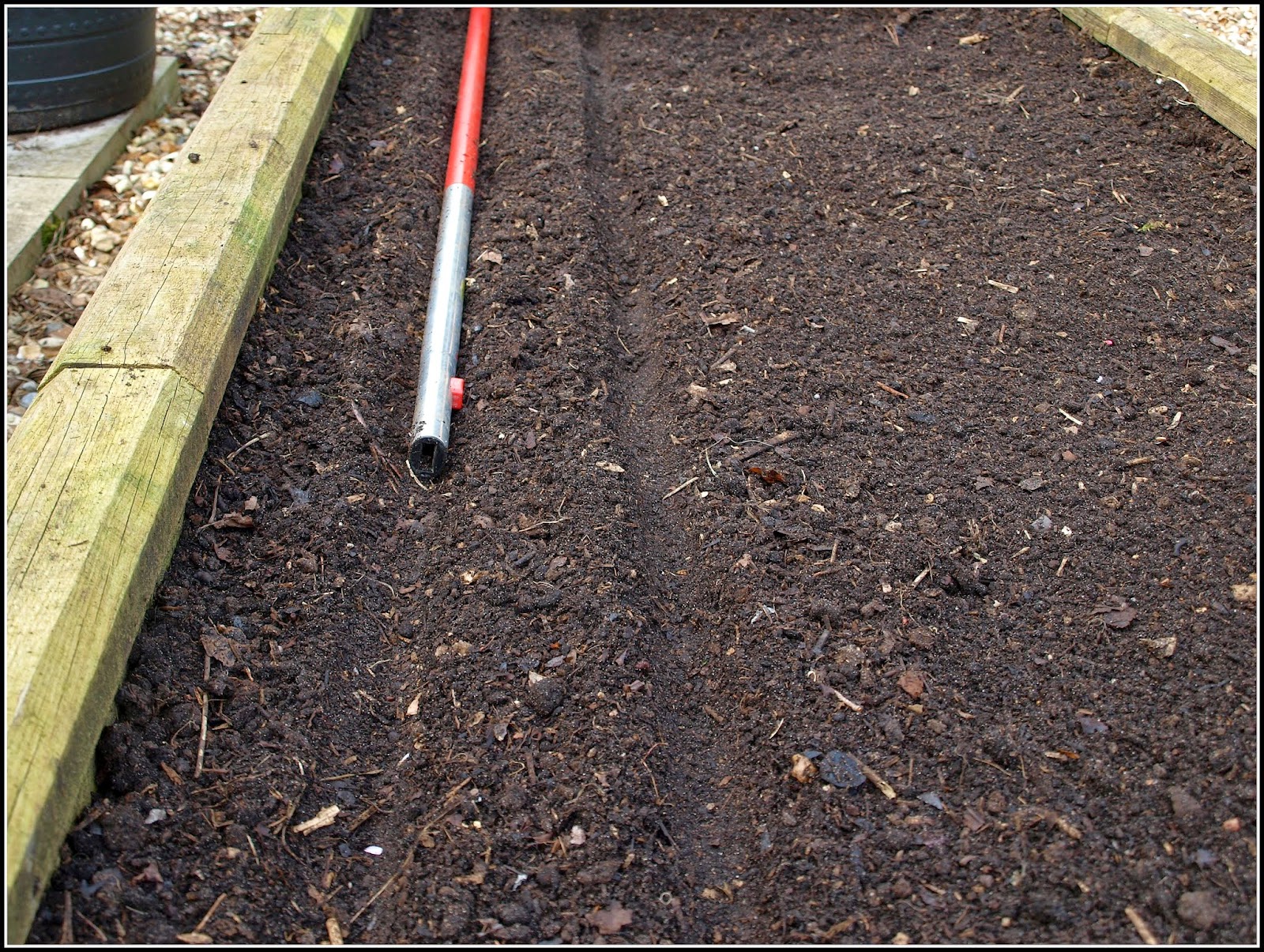 Then I place the seeds in individually by hand. Obviously this is only practical when you are sowing a very small number! It makes sense to do this job on a still day, because Parsnips seeds are big and light and can easily be blown away by the wind. 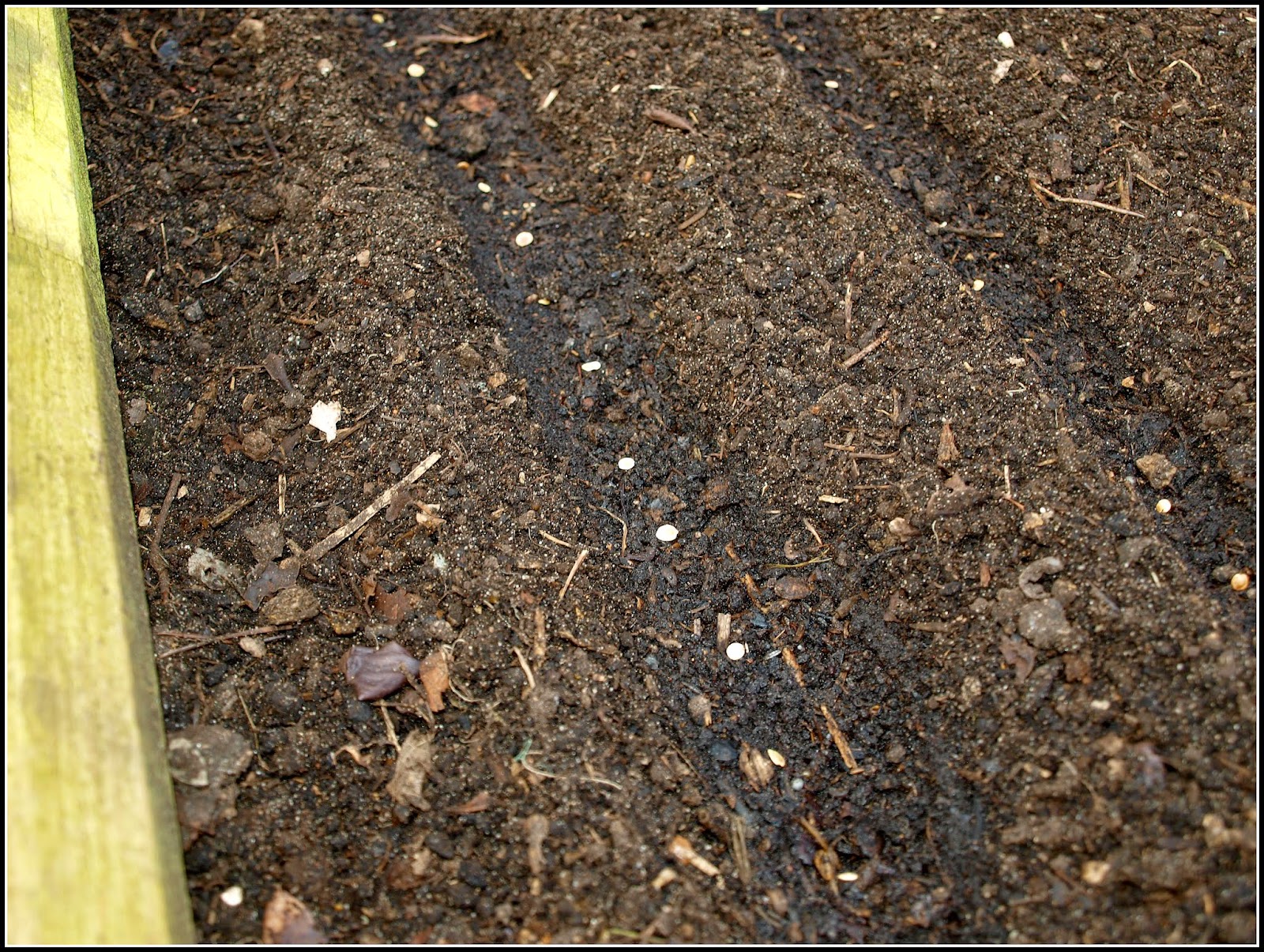 After sowing the seeds I carefully cover them with a thin layer of dry soil and pat the drills down flat. The last part of the procedure is to cover the whole bed with some chicken wire to stop cats and foxes digging in it. 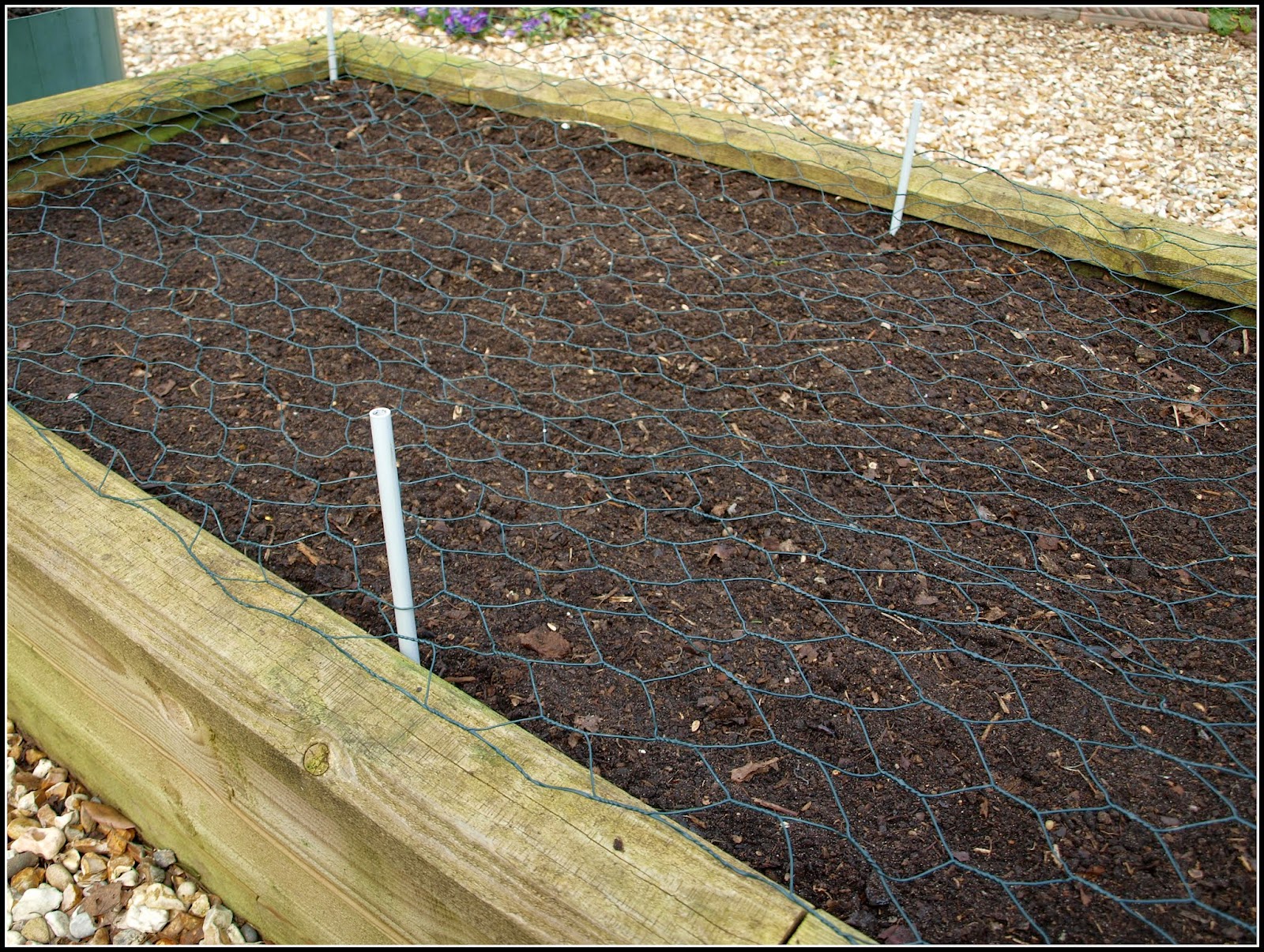 When they are ready, I will plant my Leeks in the other half of this bed, next to the Parsnips, but they are a long way off ready yet: 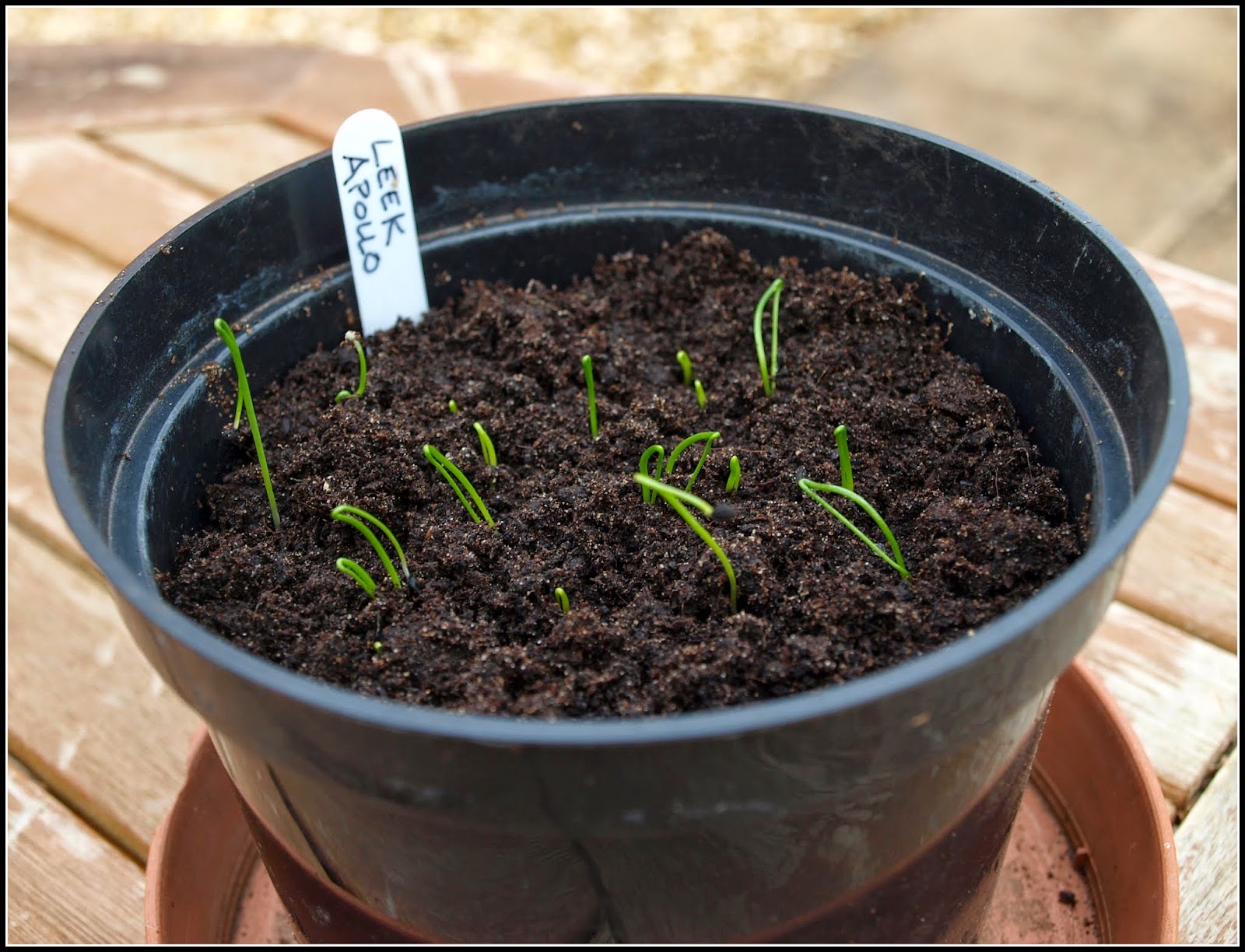 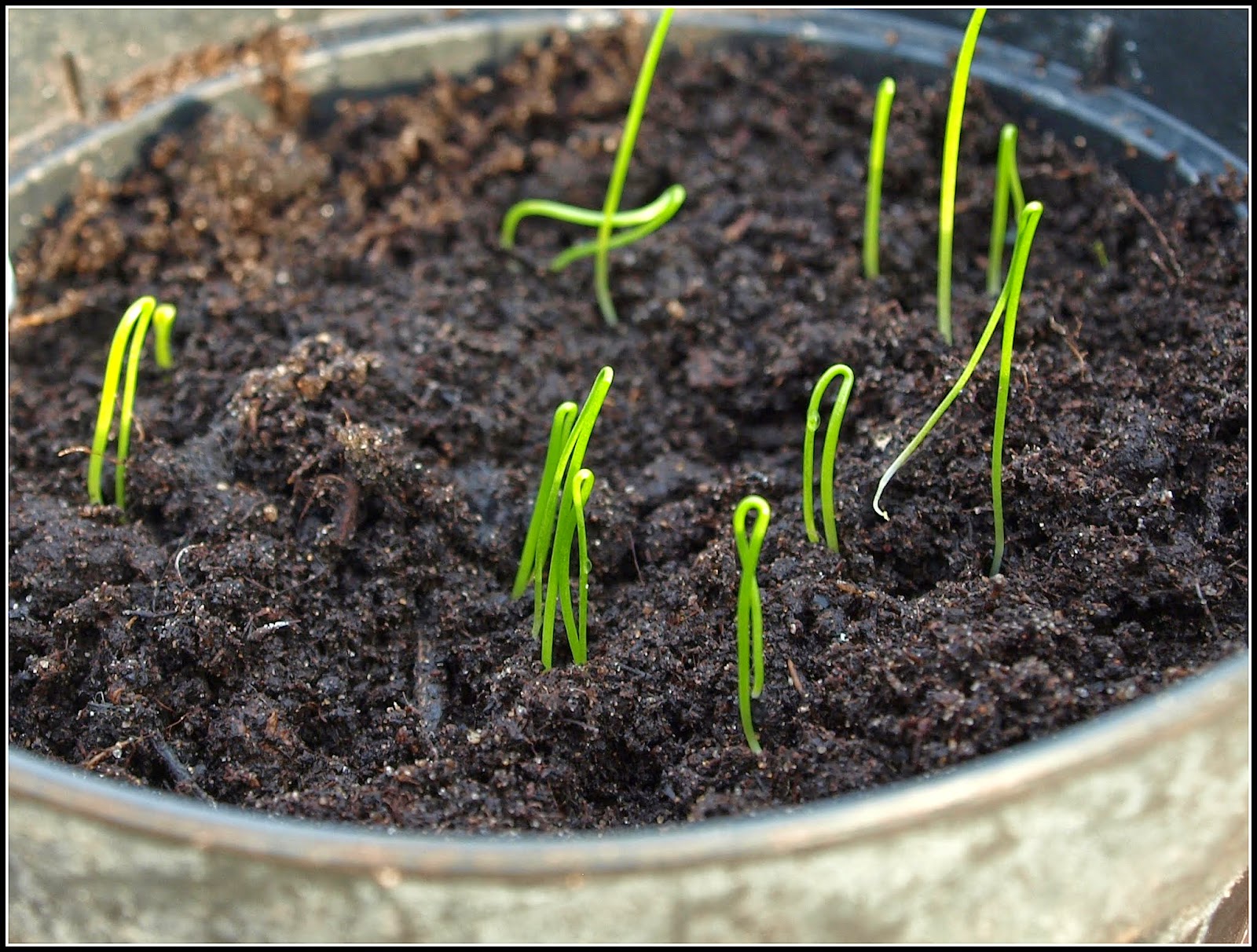 Having done the Parsnips, I moved over to the new raised bed, and used the same procedure to sow three rows of Carrots and one of Beetroot. The Carrots are "Autumn King", "Nantes" and an experimental one called "Kelly F1". The Beetroot are half a row each of "Boltardy" and "Baby Beet Action". The latter is specifically bred for harvesting young.

When the sowing was complete, I erected some flexible plastic hoops to support an Enviromesh cover for the bed, to keep out the Carrot Root Fly. 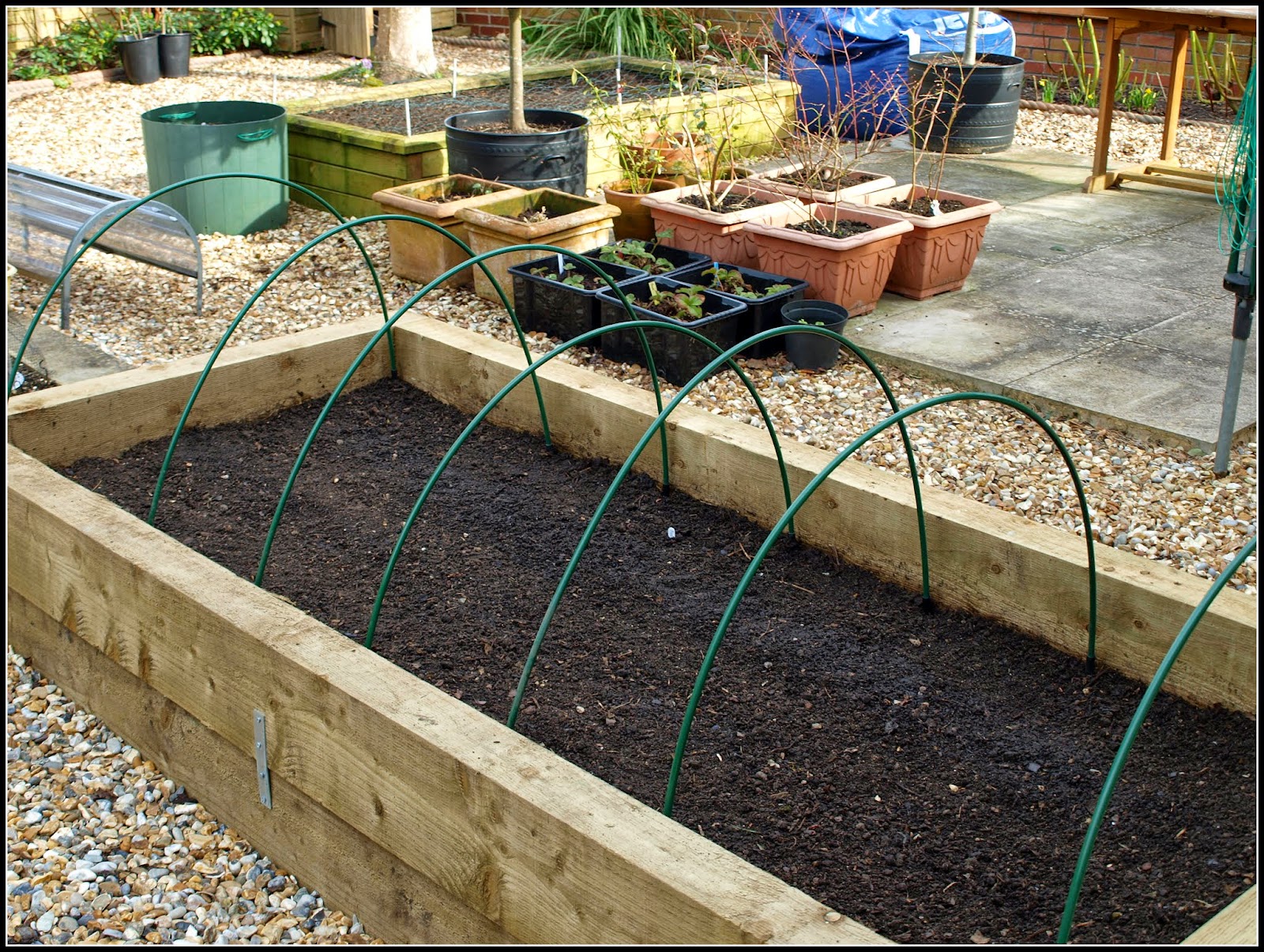 This is an enormous piece of Enviromesh, which I bought last year. I wanted it to be big enough to cover even some tall crops like Brussels Sprouts. The Carrots will never get very tall, so the spare Enviromesh is rolled up and held down by bricks. 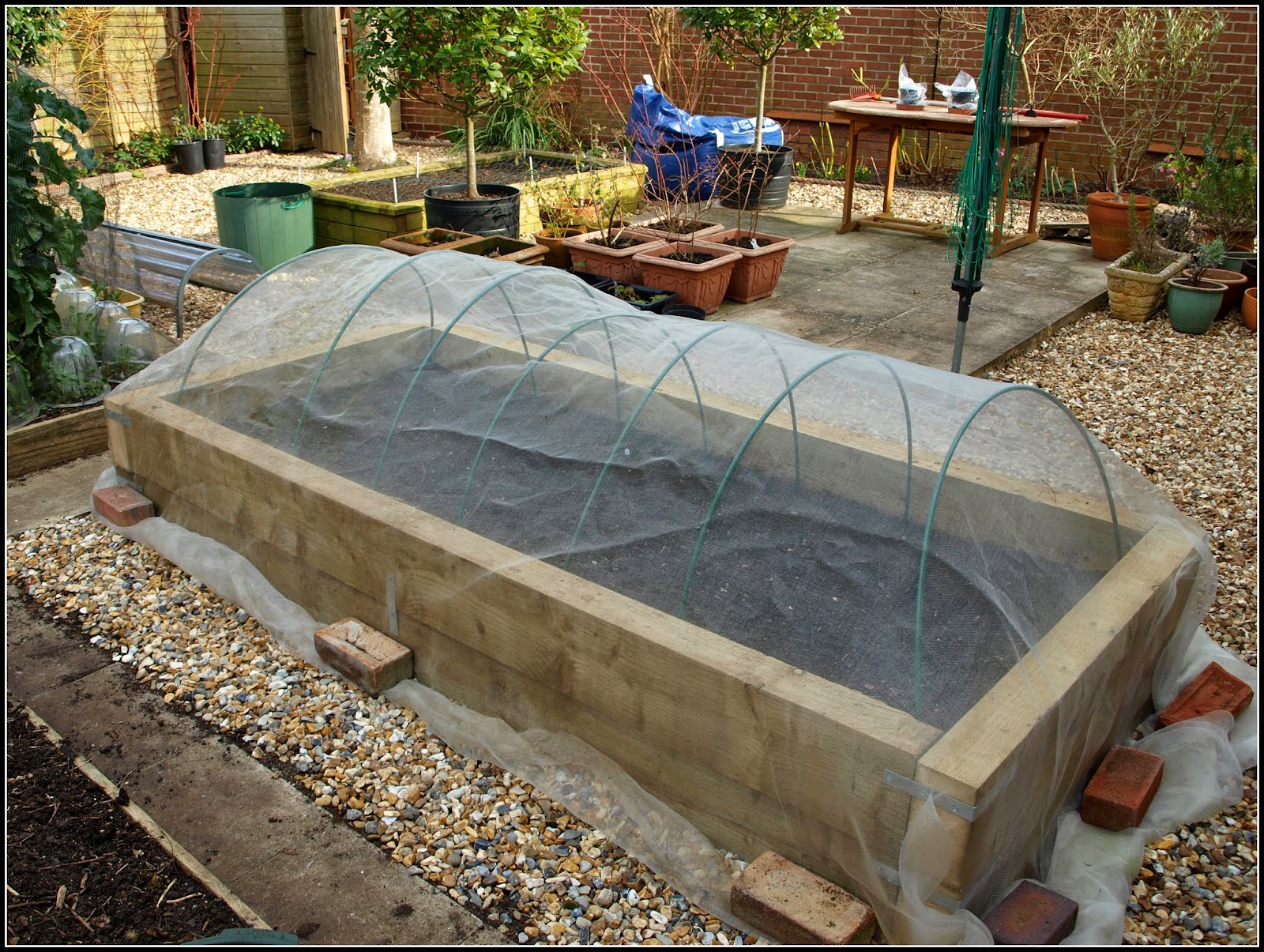 I am worried about the Enviromesh though. It is full of holes! It has spent the Winter rolled-up, in the garage, and I think the pesky mice may have tried to burrow into it - or perhaps to steal it for making nests. I can't think of any other explanation. One way or another, it is severely damaged. 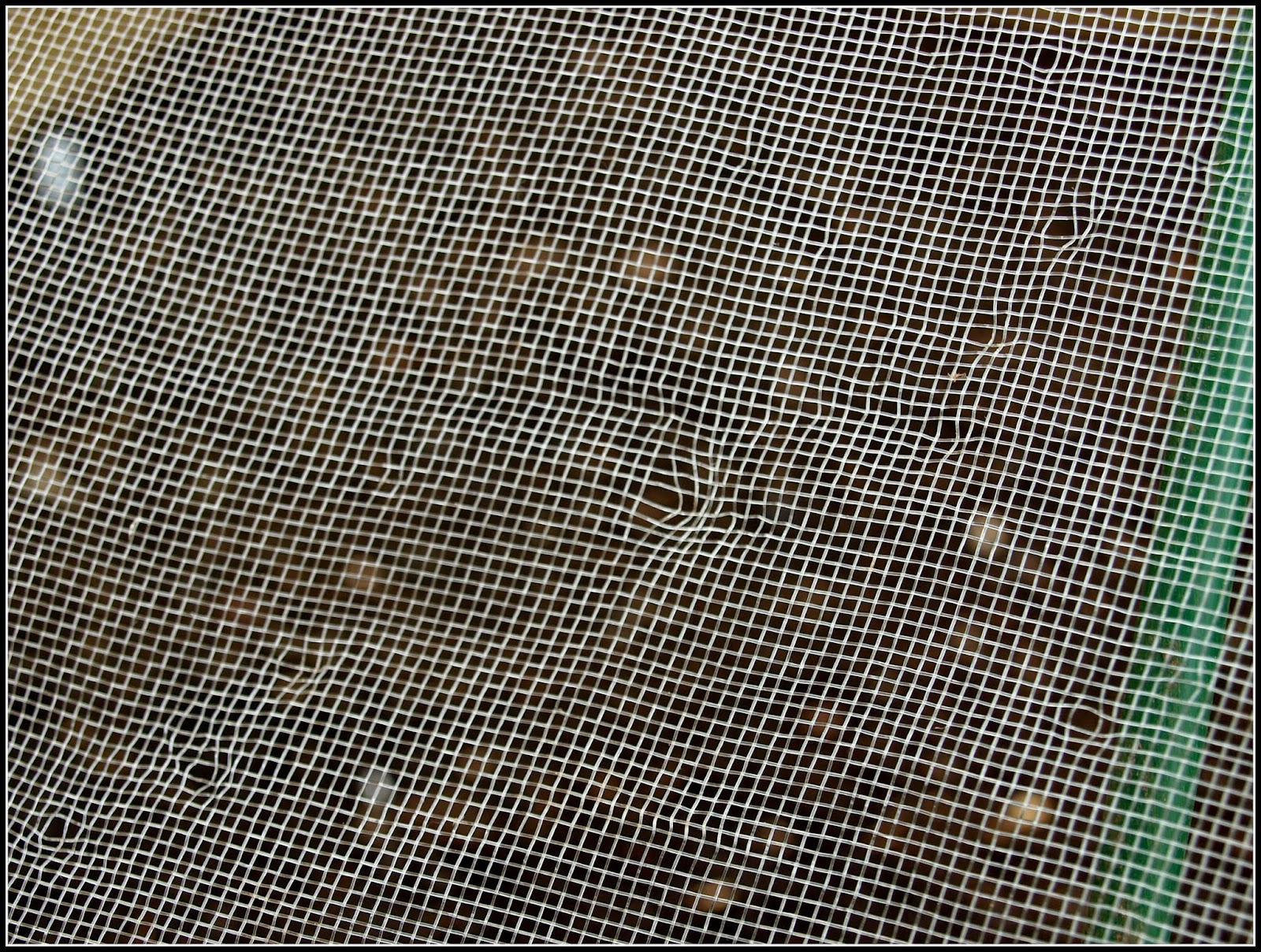 I rather fear that the Carrot Root Fly may exploit these bigger-than-intended holes! I can only hope that the fact that the bed is 40cm high may act in my favour. Carrot Root Flies are allegedly low-fliers. I don't really want to buy another big piece of Enviromesh, because it is not cheap.

With the Roots now sown it really seems like the new growing-season has begun!
Posted by Mark Willis at 12:00