I hadn't intended to grow any Perpetual Spinach, but last year three plants of it appeared amongst the Beetroot I was growing. I can only suppose that the seeds got mixed in with the Beetroot ones during packaging. Since these two vegetables are closely related, the seeds look very similar, so it is understandable how this could happen. 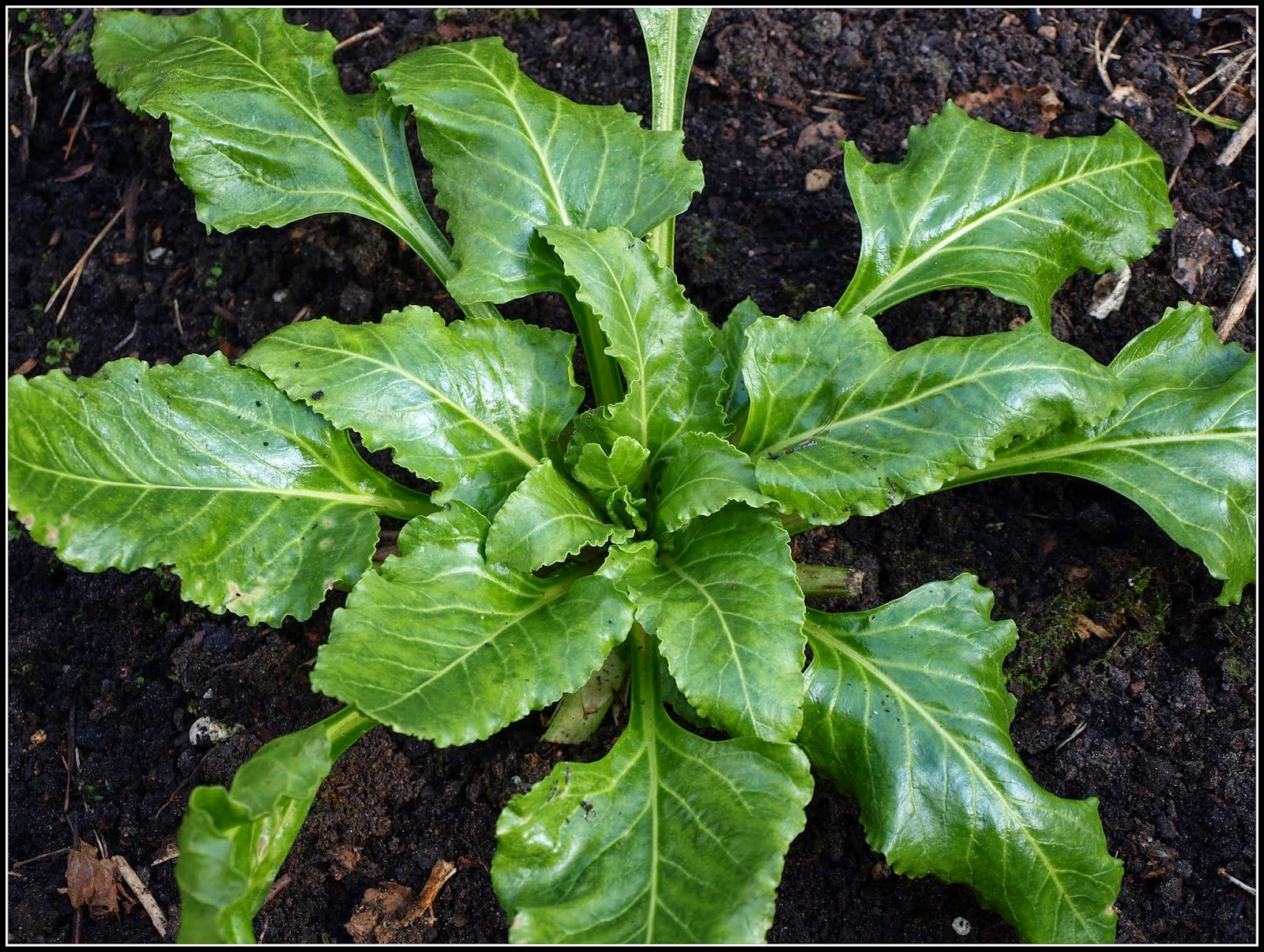 Because Jane doesn't like Spinach I don't generally grow it, but I am quite partial to it, so in this case I let the plants grow because I didn't need the space during the Winter. I covered them with some big cloches to protect them from the worst of the weather. 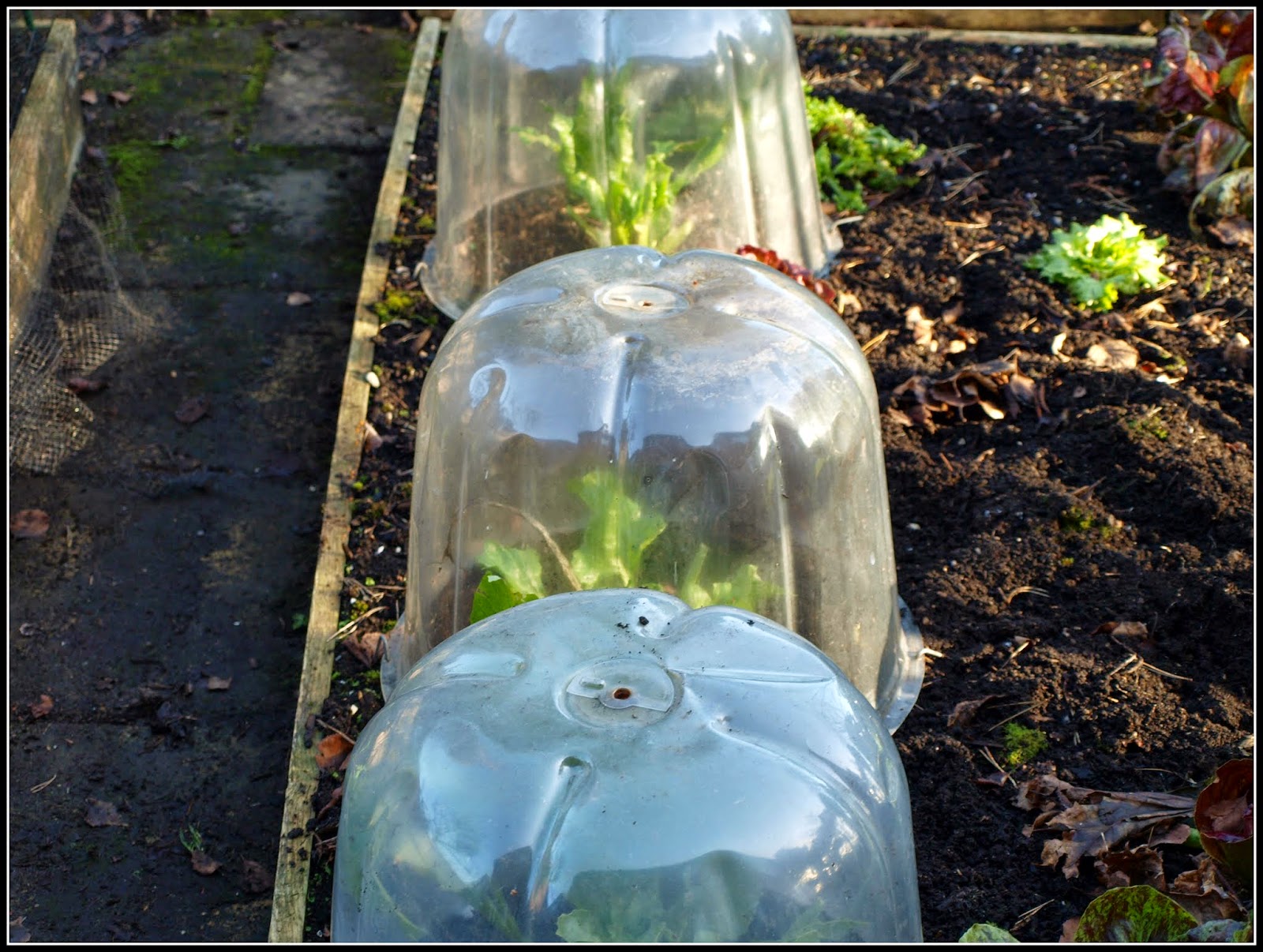 Now however I need the space for planting my Broad Beans, so the Spinach had to be removed. The plants were not yet very big, but they would definitely have got bigger if they had been left. Perpetual Spinach is a biennial plant and although it dies down during the Winter it comes back up again in the Spring, prior to flowering in its second Summer. 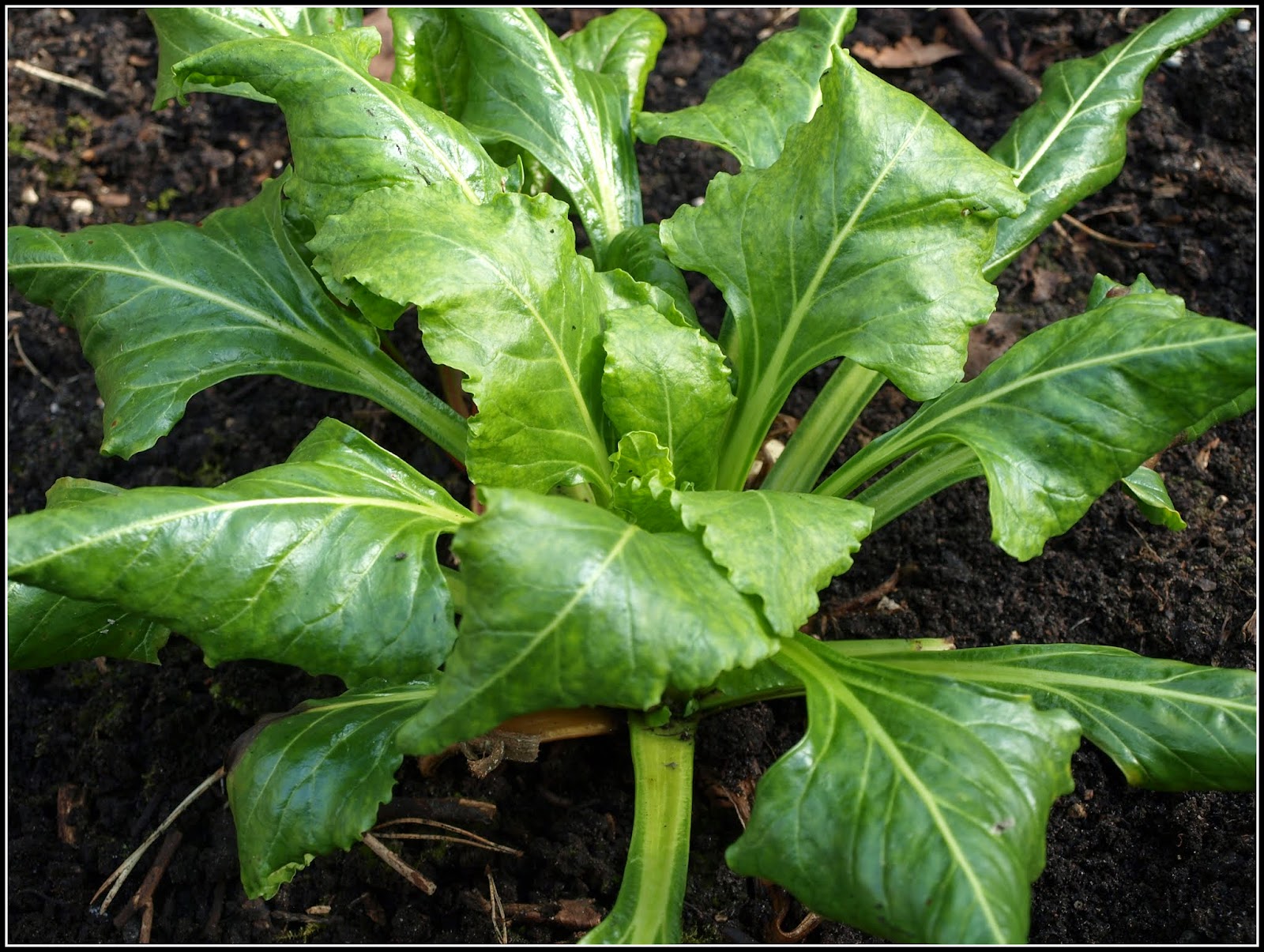 This is what I got. It turns out there were actually four plants - three big ones and a little tiddler (see the pink stems). 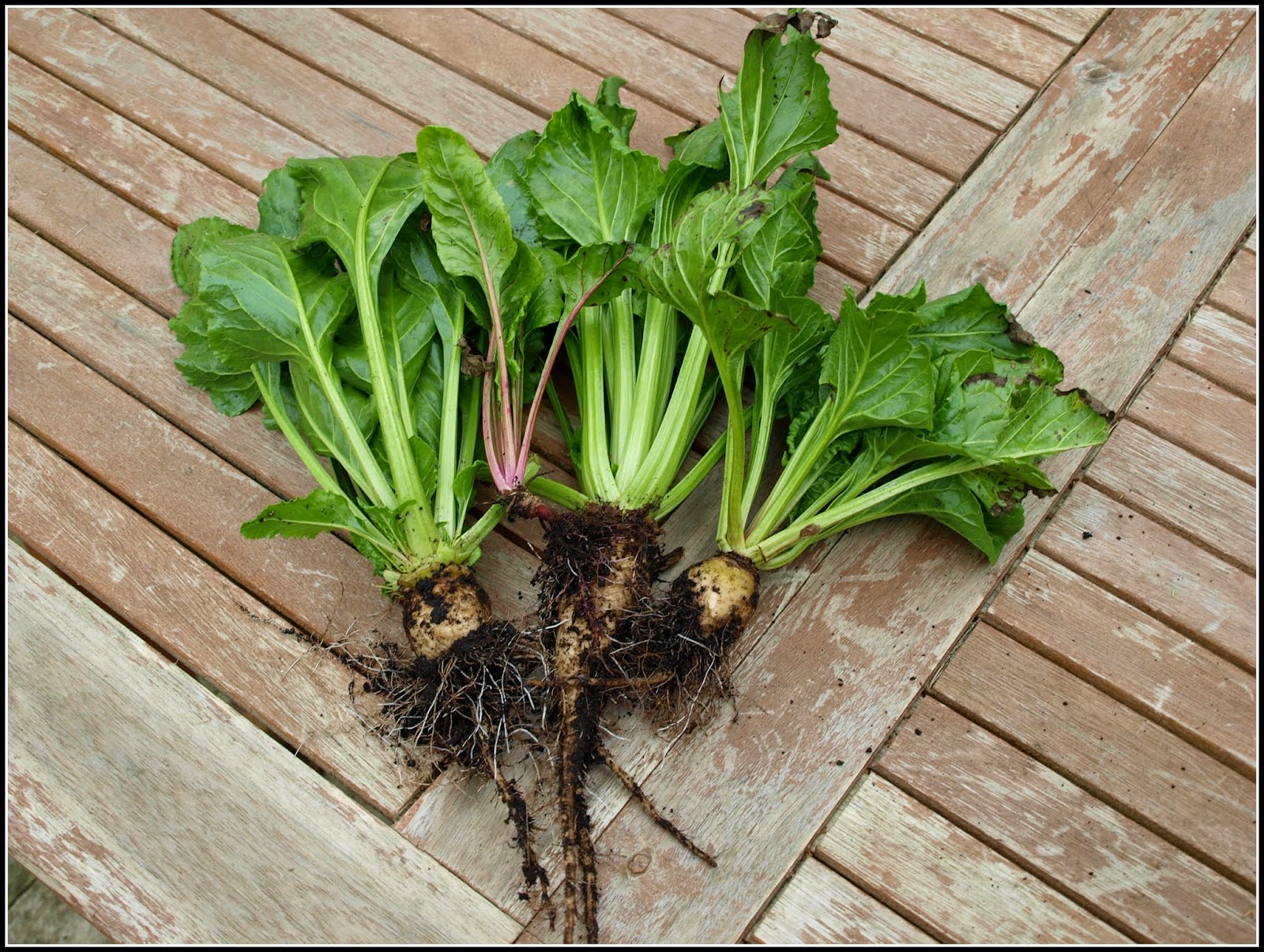 I said earlier that Perpetual spinach is closely related to Beetroot, and I think this next photo proves that point. Actually, one of the roots looks more like a Parsnip! 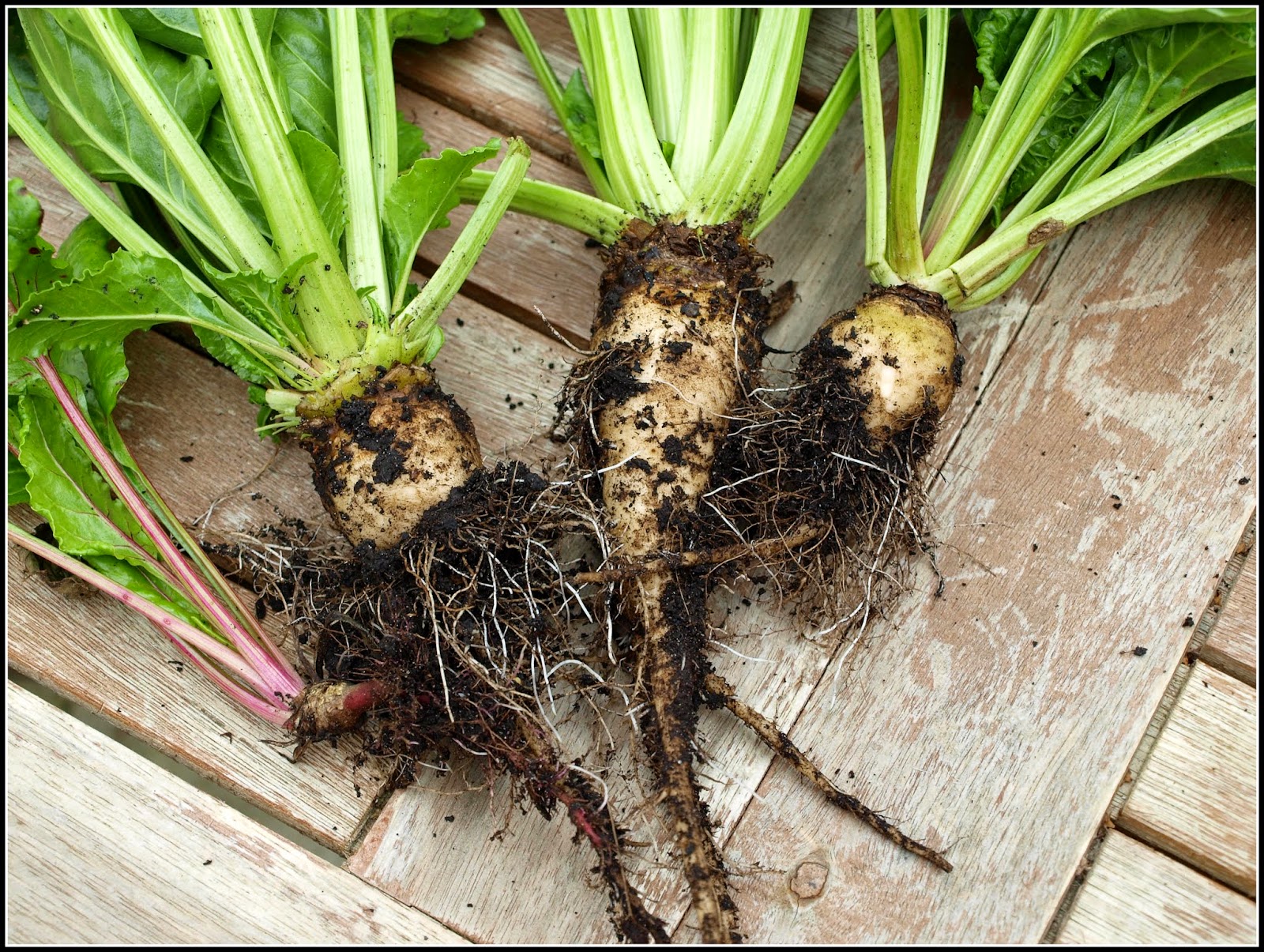 The leaves were a bit mottled - not as uniformly green as you would hope, but they were not bad for something that has survived a number of very severe frosts. 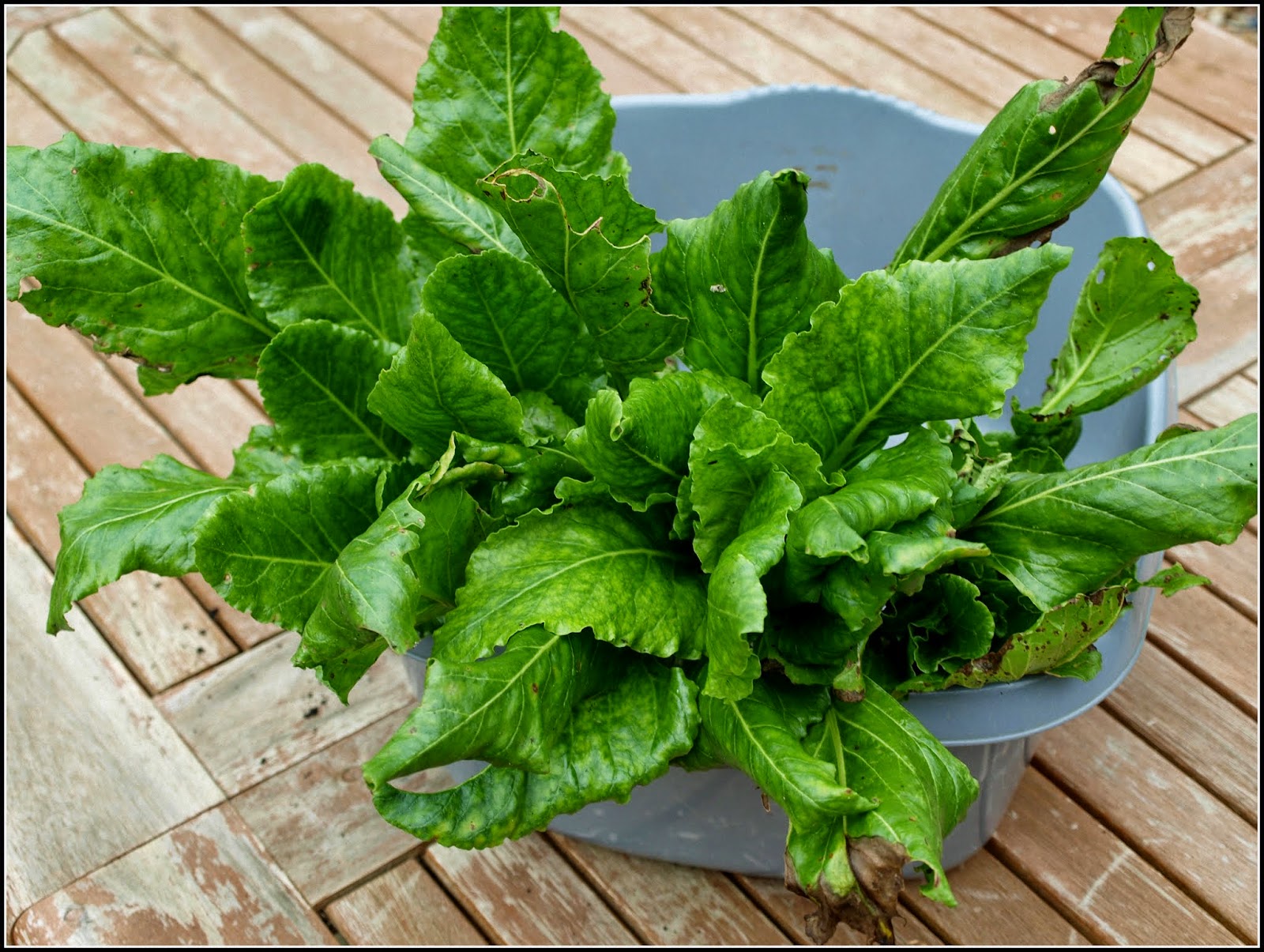 I managed to get enough leaves for a one person serving. They shrink dramatically when wilted, so this may look like a lot but it really isn't. 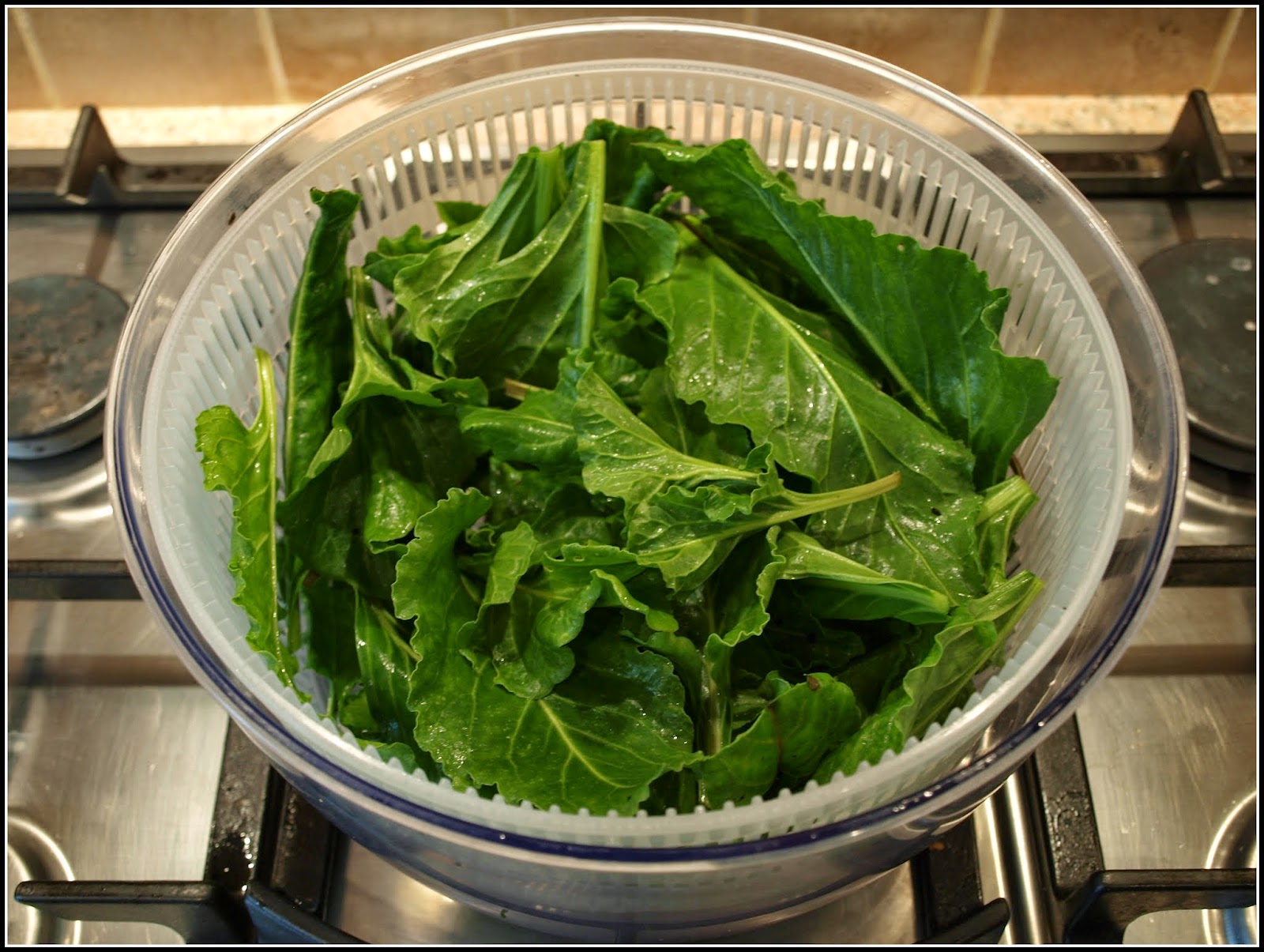 I ate the Spinach in the way I like best - wilted briefly with some butter and black pepper and then served on toast with a poached egg. Very nice!
Posted by Mark Willis at 12:00