Planting, more planting and some sowing...

Last Thursday I planted out my Broad Bean seedlings. 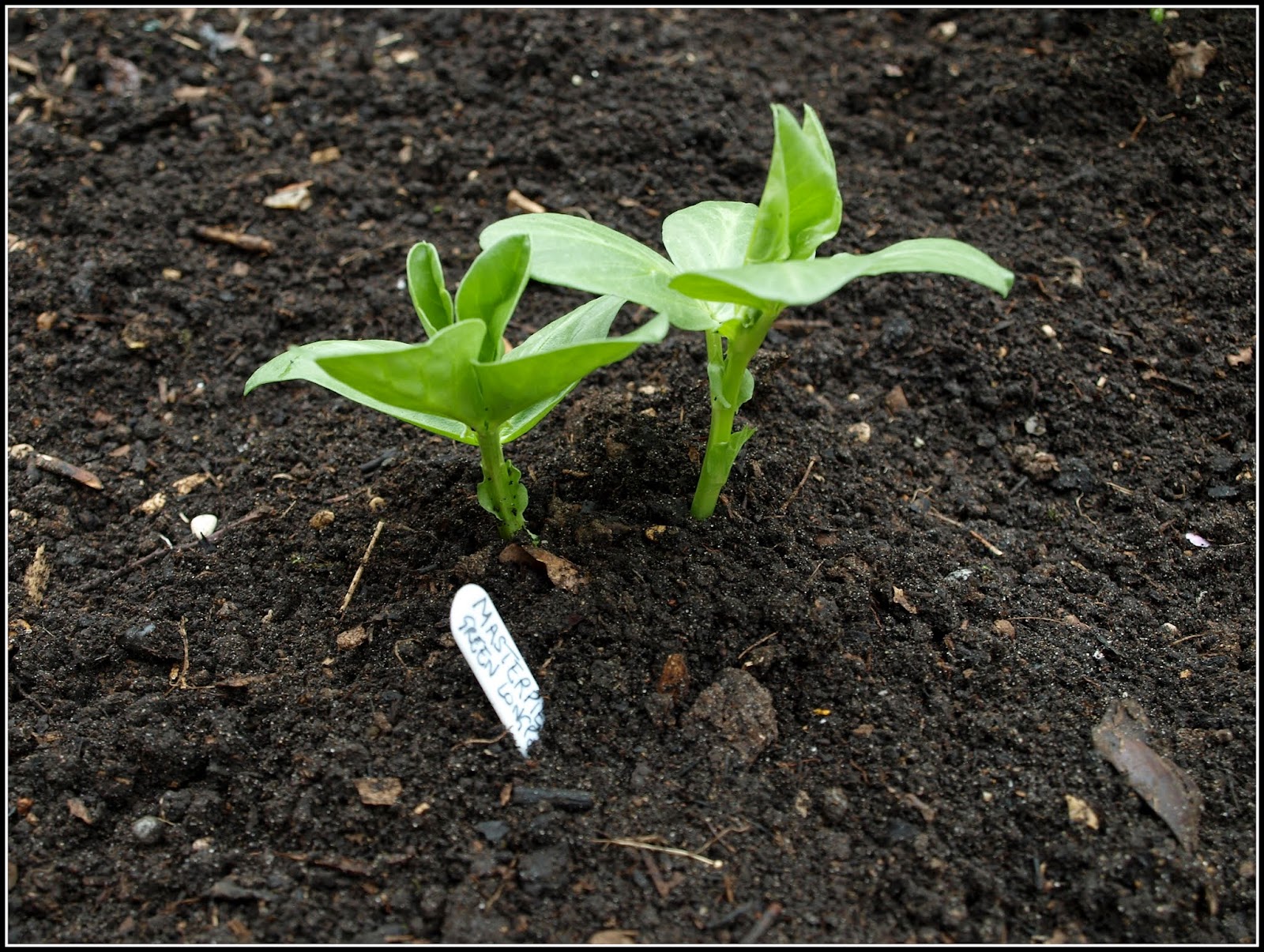 You may recall that I had sown them in pairs in little pots. Now I just tipped them out of the pots and popped them into holes made with my trowel. Look at the healthy roots they have! 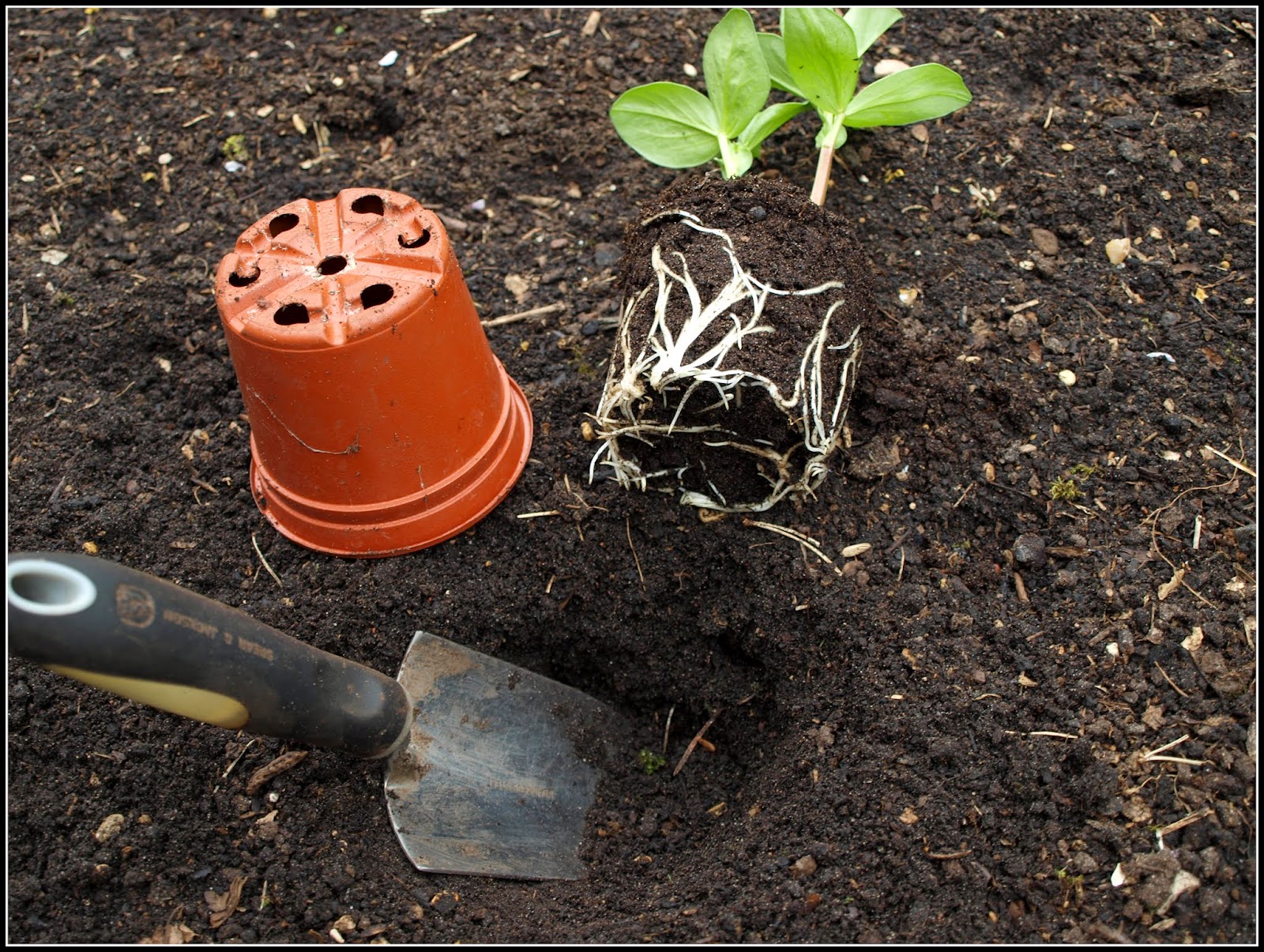 I have left the plants together in their pairs, and given each a 5-foot bamboo cane for support. 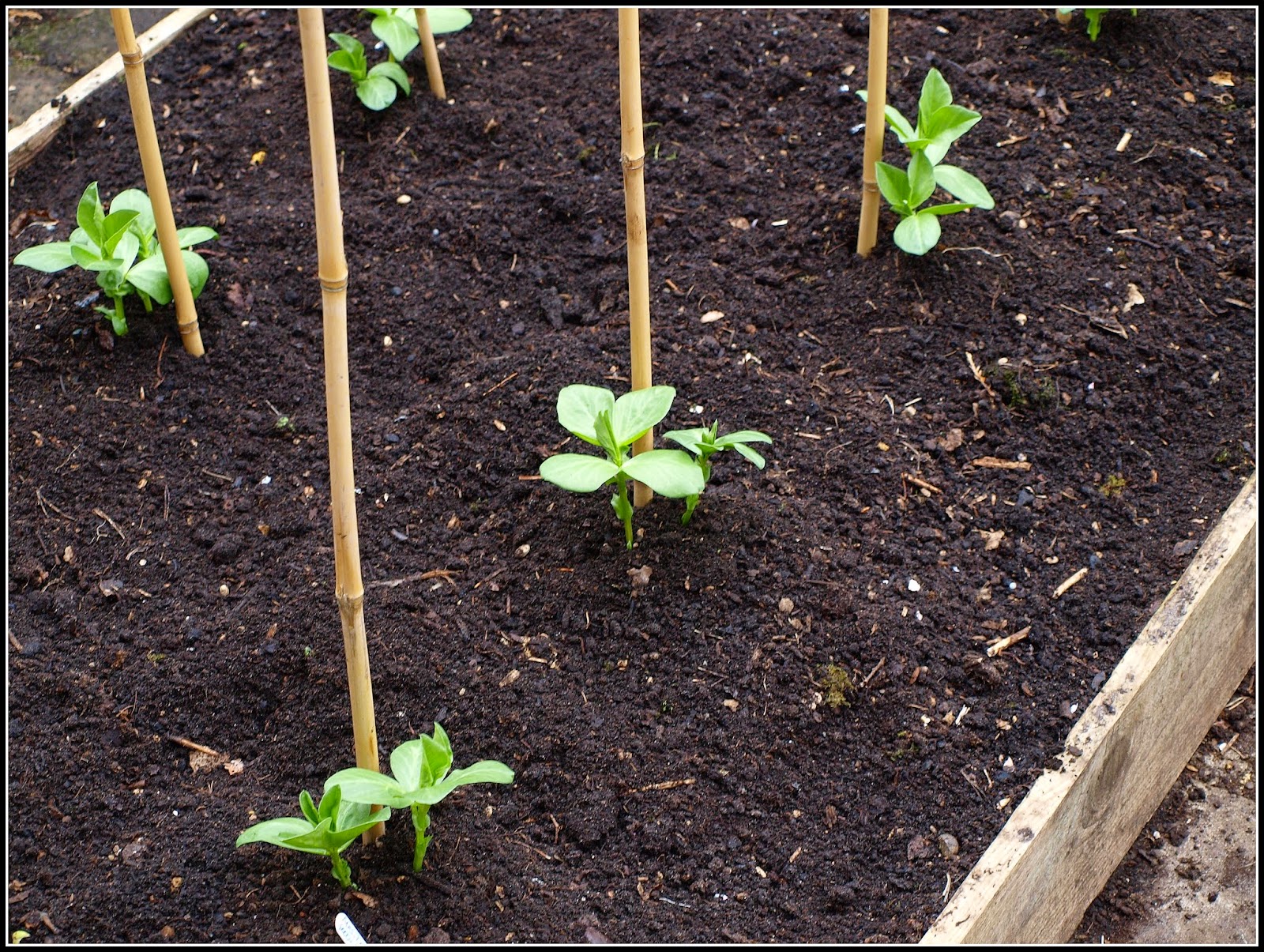 One of the "pairs" is still a singleton - the second seed never germinated - but I think I will probably have enough anyway. 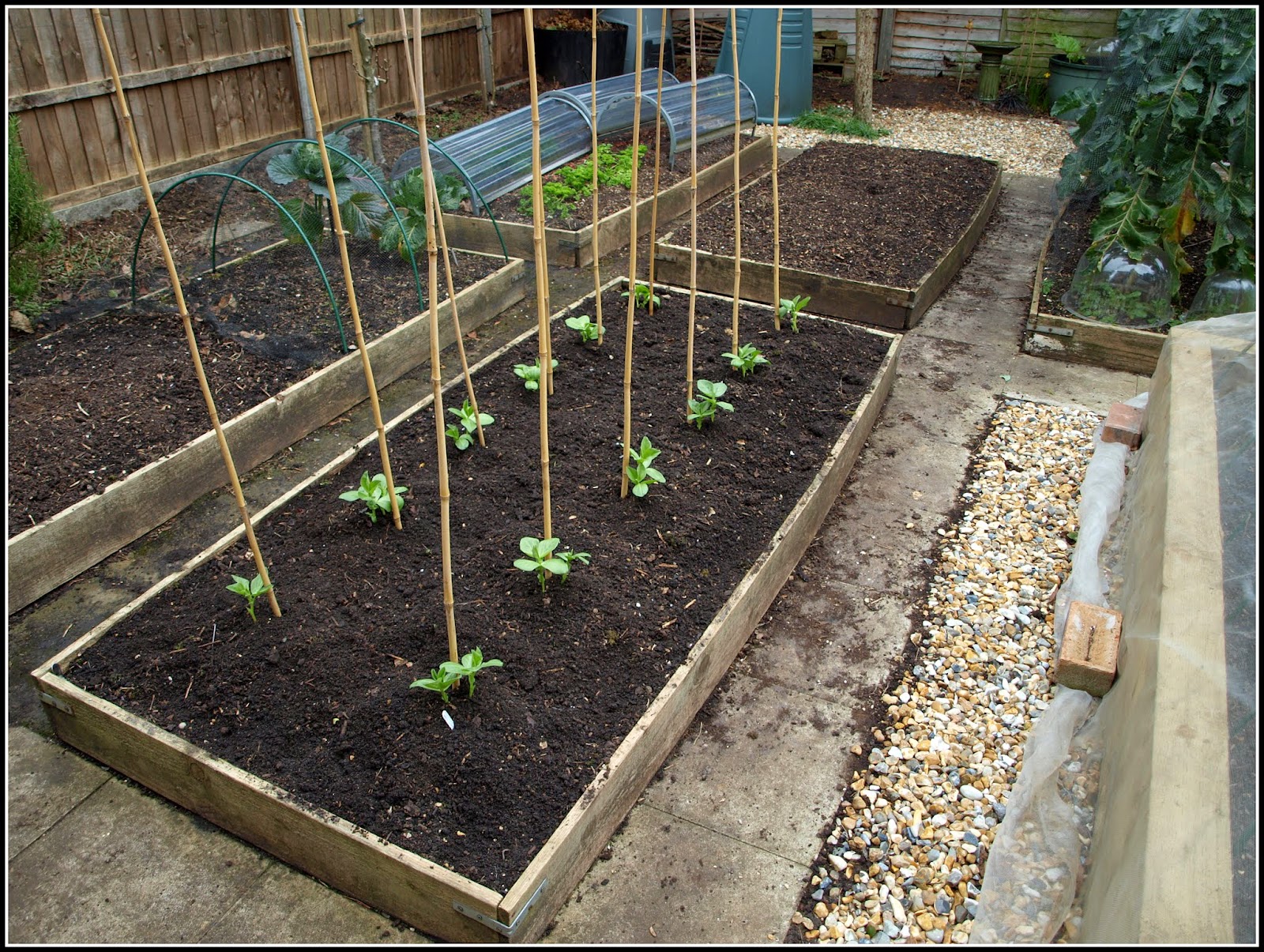 Just to be on the safe side I have also sown some seeds for some "Stereo" Broad Beans. Whether I will need them, or even have space to grow them, is a moot point, but at least I will have the option.

I have also planted some more potatoes. They are Second Earlies "Charlotte", and I have put them in some of the new big black plastic pots. As you can see, they are now in the second of my new "Seedling Greenhouses": 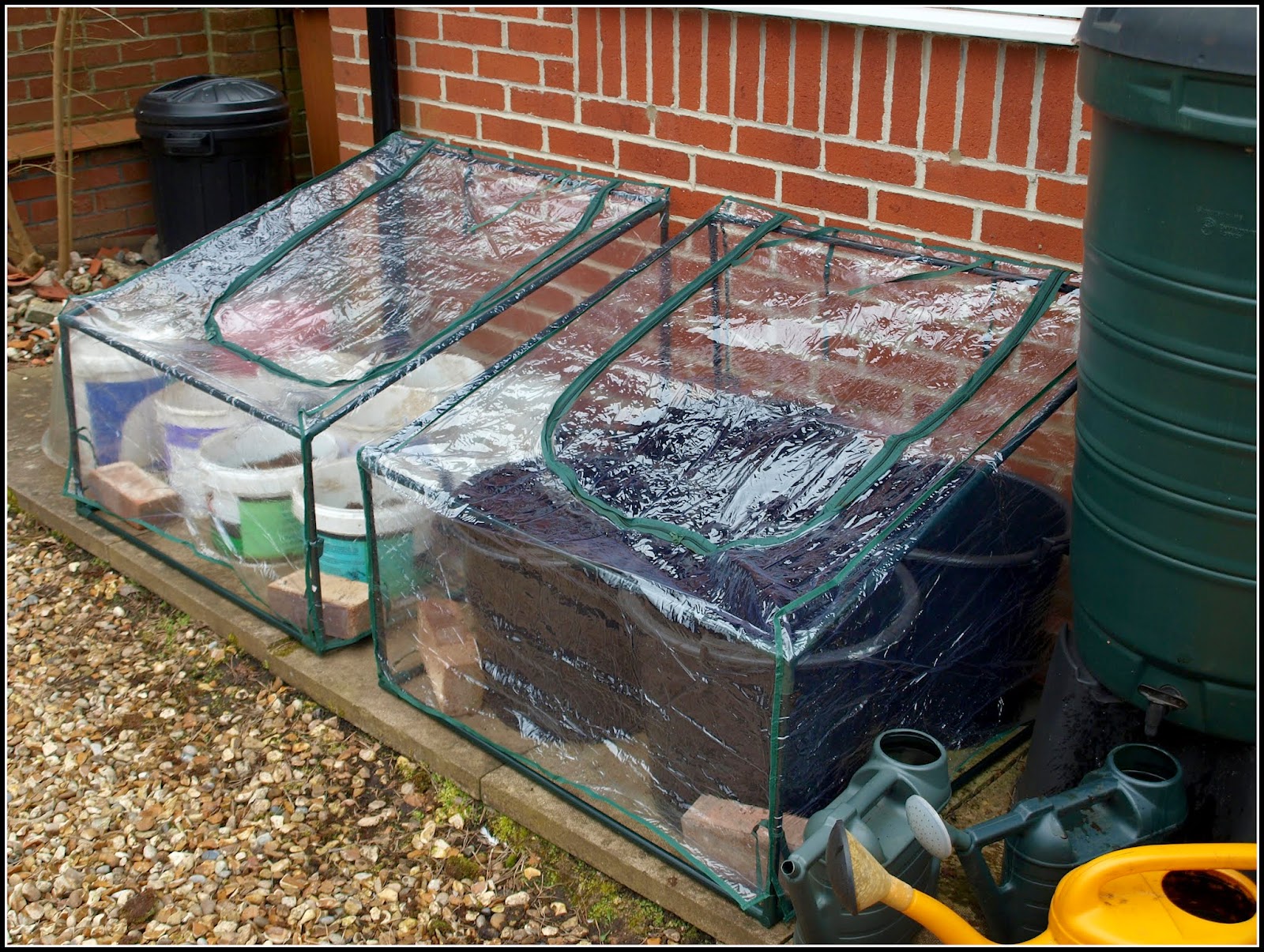 The pots are (intentionally) a lot bigger than their predecessors, and only four will fit into the greenhouse. 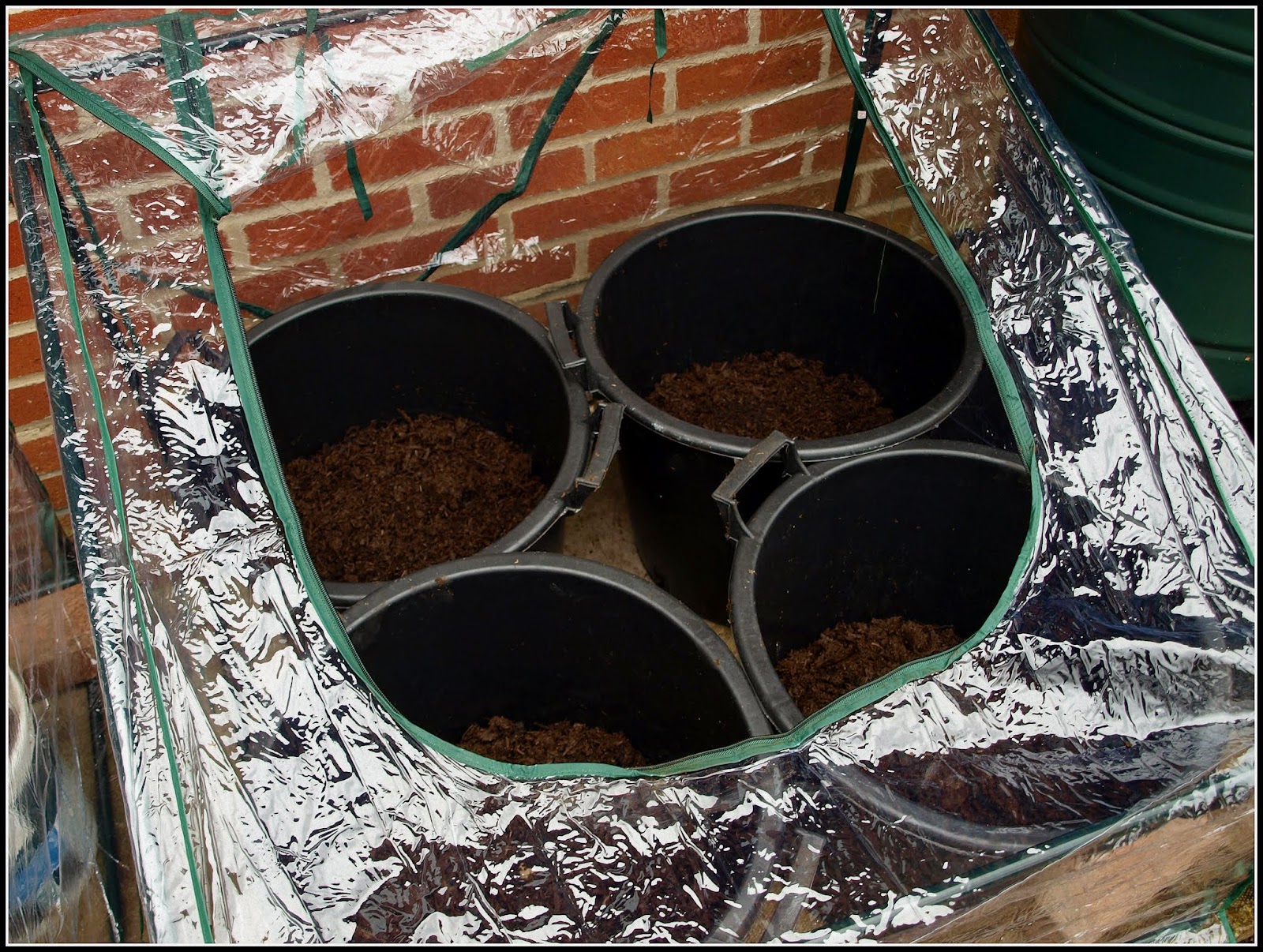 The design of the new greenhouses is quite different to the one I had before. I won't be able to keep plants in them as long as previously because the lid will obstruct them. This is a pity. In the previous version the openable lid was the full width of the greenhouse. I hadn't known about the changed design before making my purchase, and it might have influenced my decision if I had.

This pair of pots contains tubers of First Early "Vale's Emerald". Notice my cunning plan for protecting them from frost! 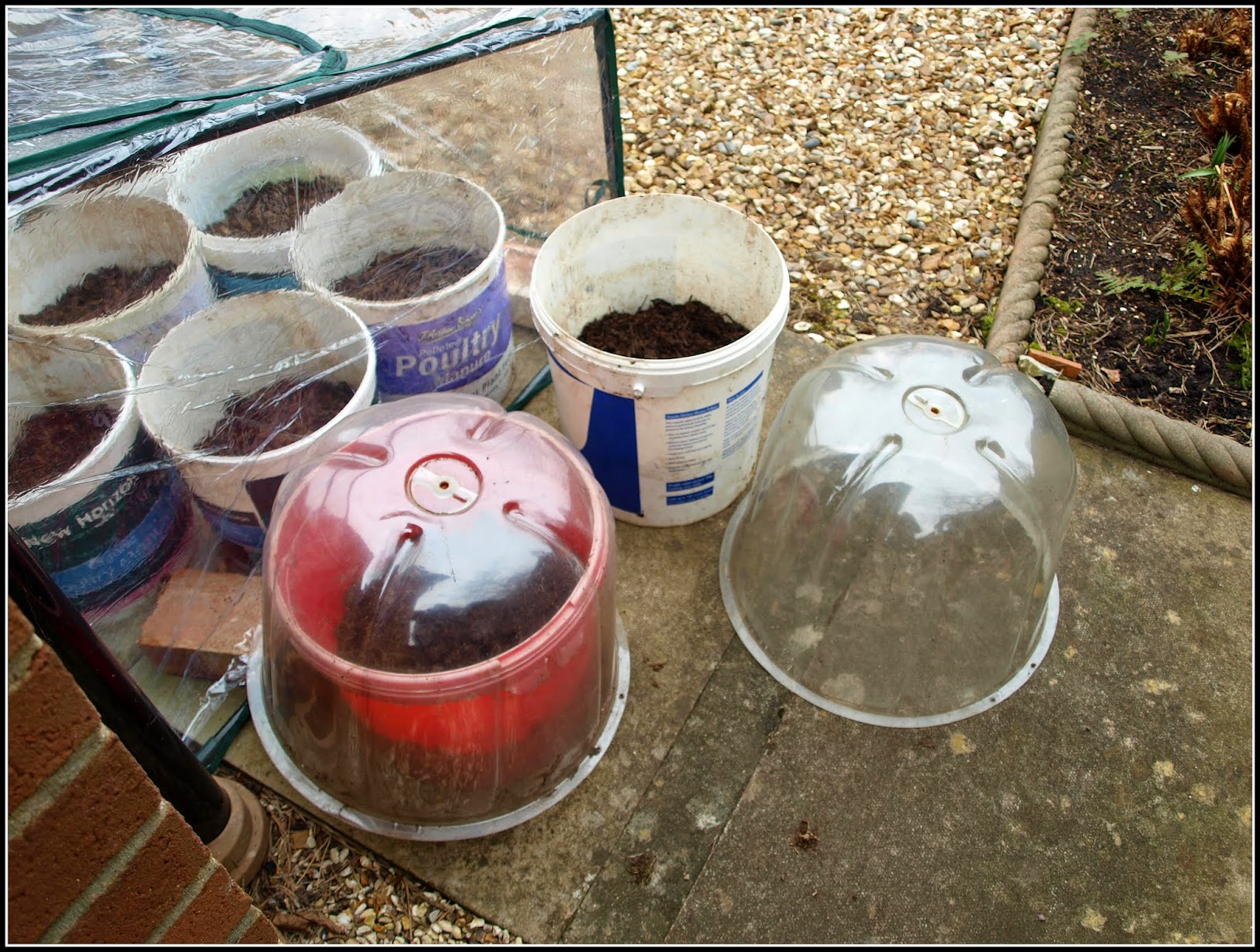 Here is a tray of Lettuce that has recently germinated: 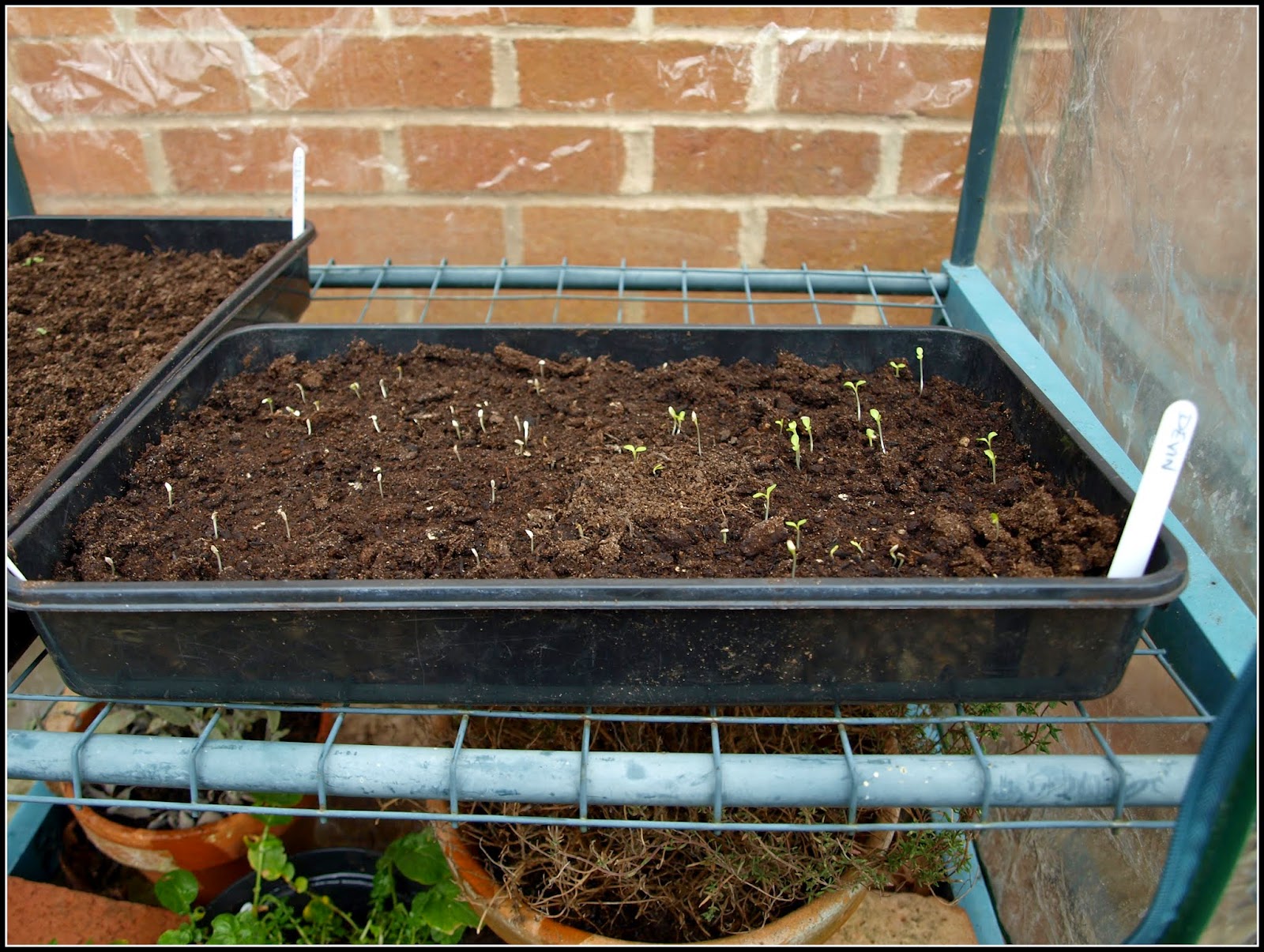 The tray is sown with half each of "Cervanek" and "Devin", the two varieties sent to me by blogging friend Dominika in the Czech Republic. They both did really well last year, so I'm hoping for a repeat performance this year.

And these are my Leeks, looking good so far... 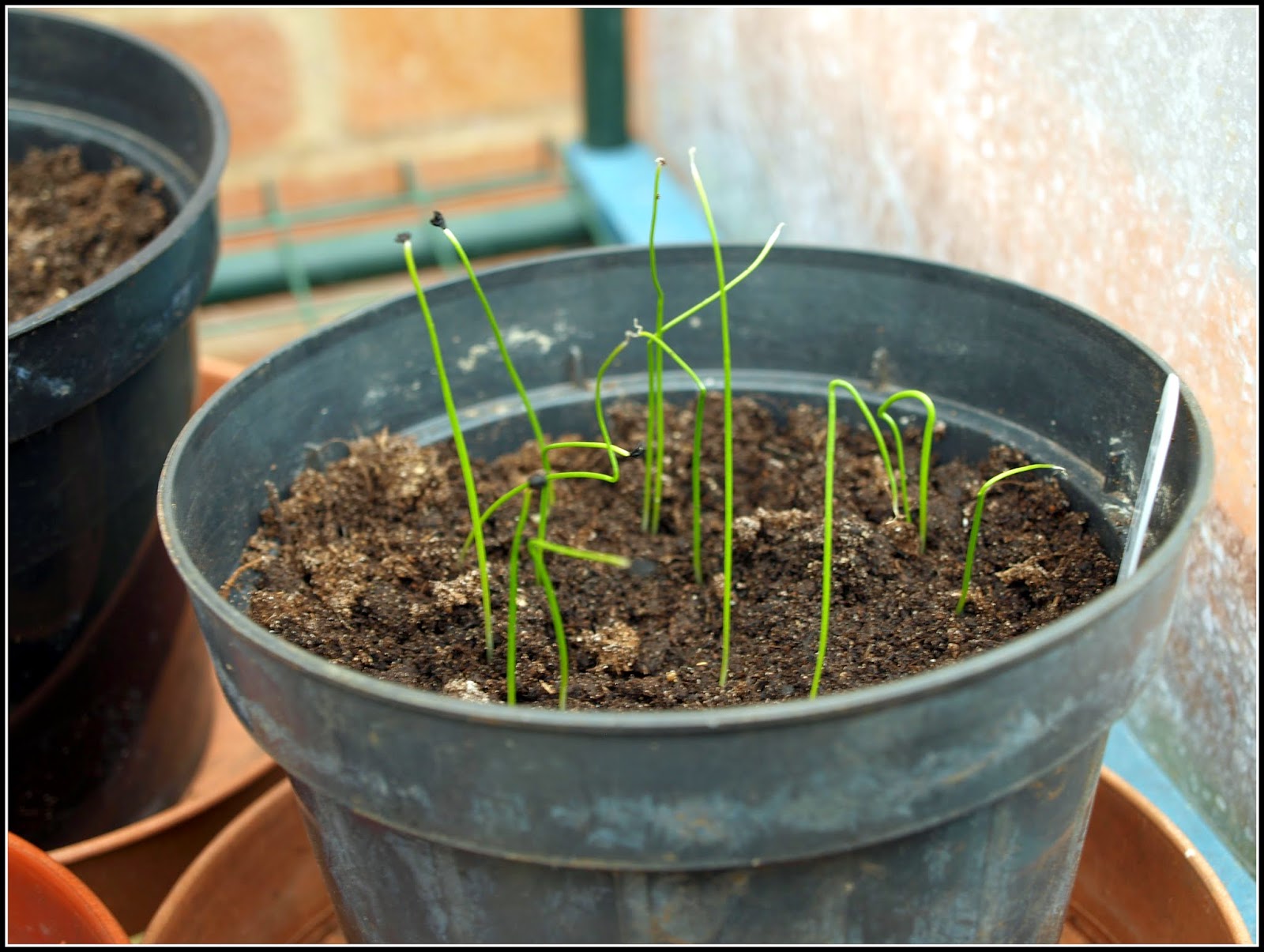 So as you can see, there is already lots happening in my garden. April is probably the busiest month in the gardening year here in the UK, so expect more stuff like the above!
Posted by Mark Willis at 12:00