I recently harvested another of my pots of "Nicola" potatoes: 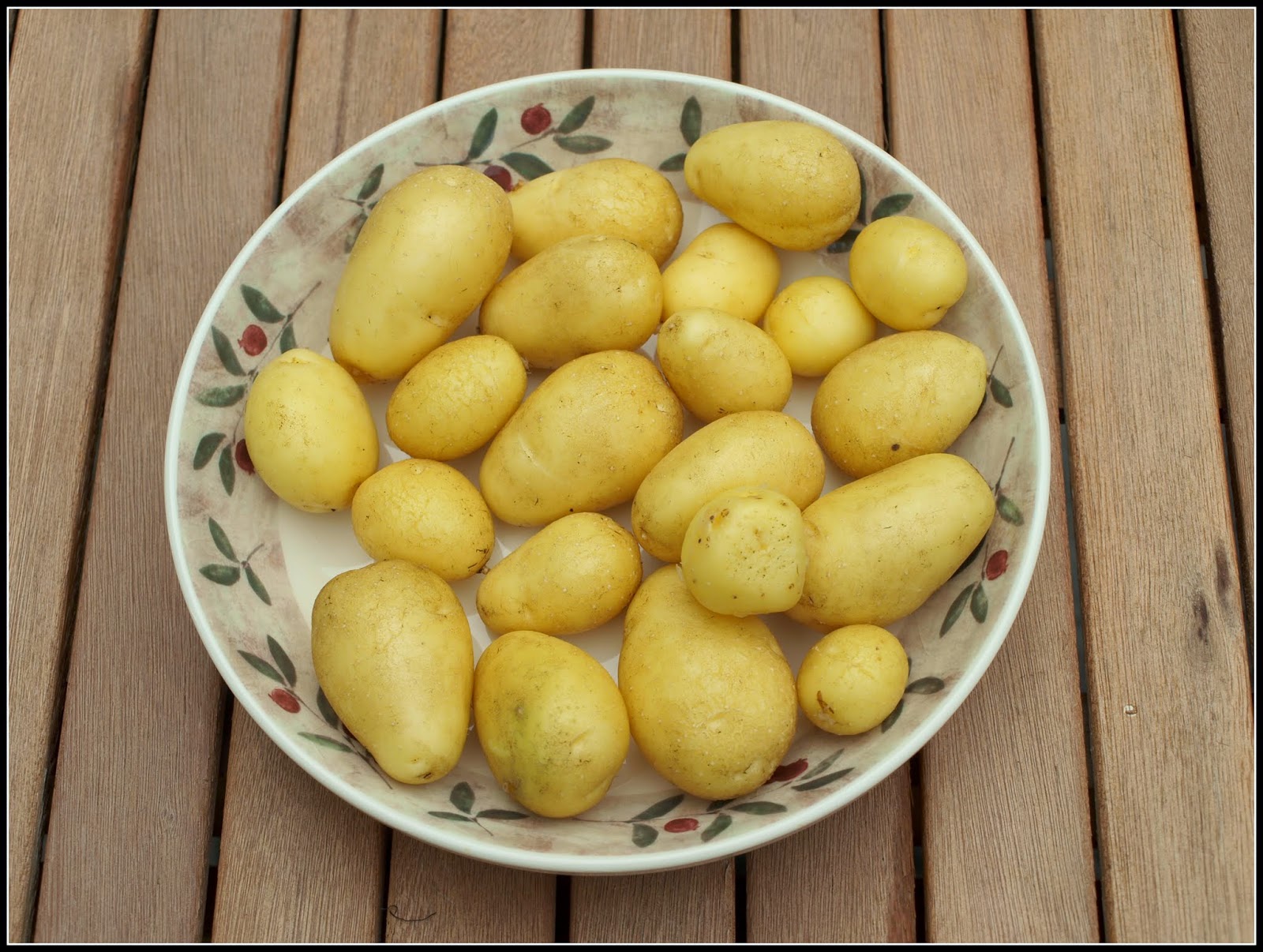 "Nothing remarkable in that", you'll say. But look more closely: 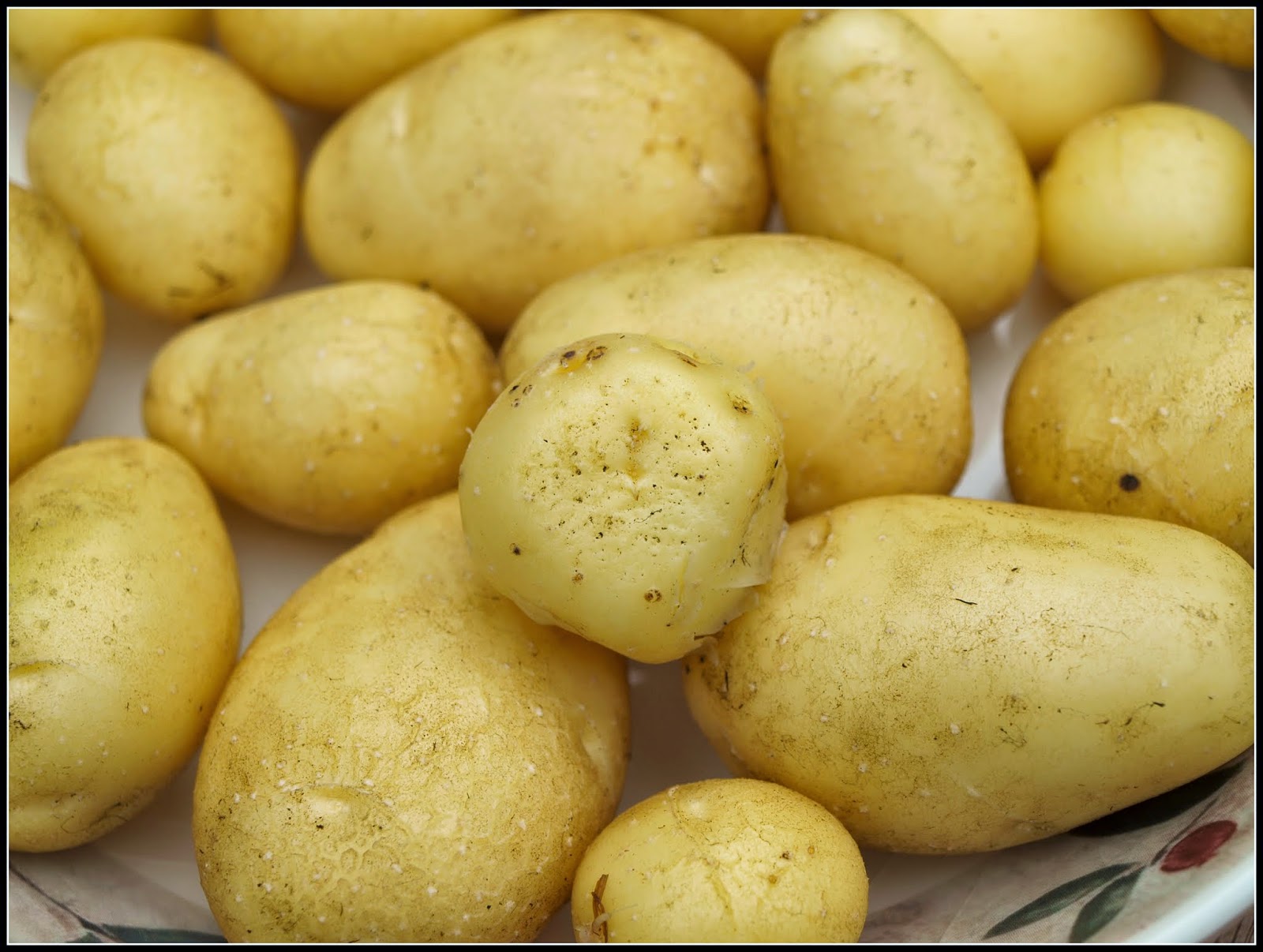 Do you see that one on the top which looks like a dice? With squared edges? 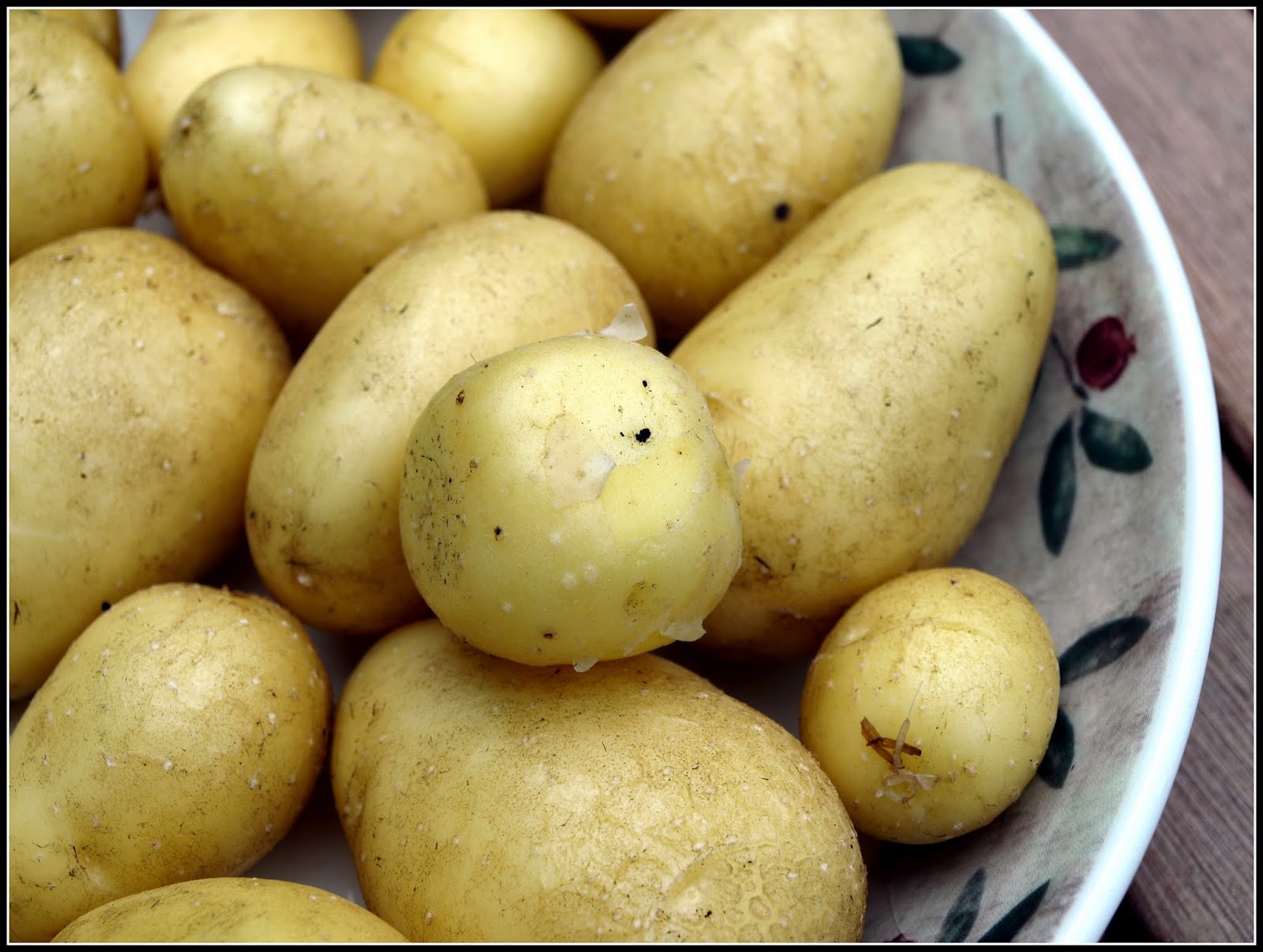 This is where it came from: 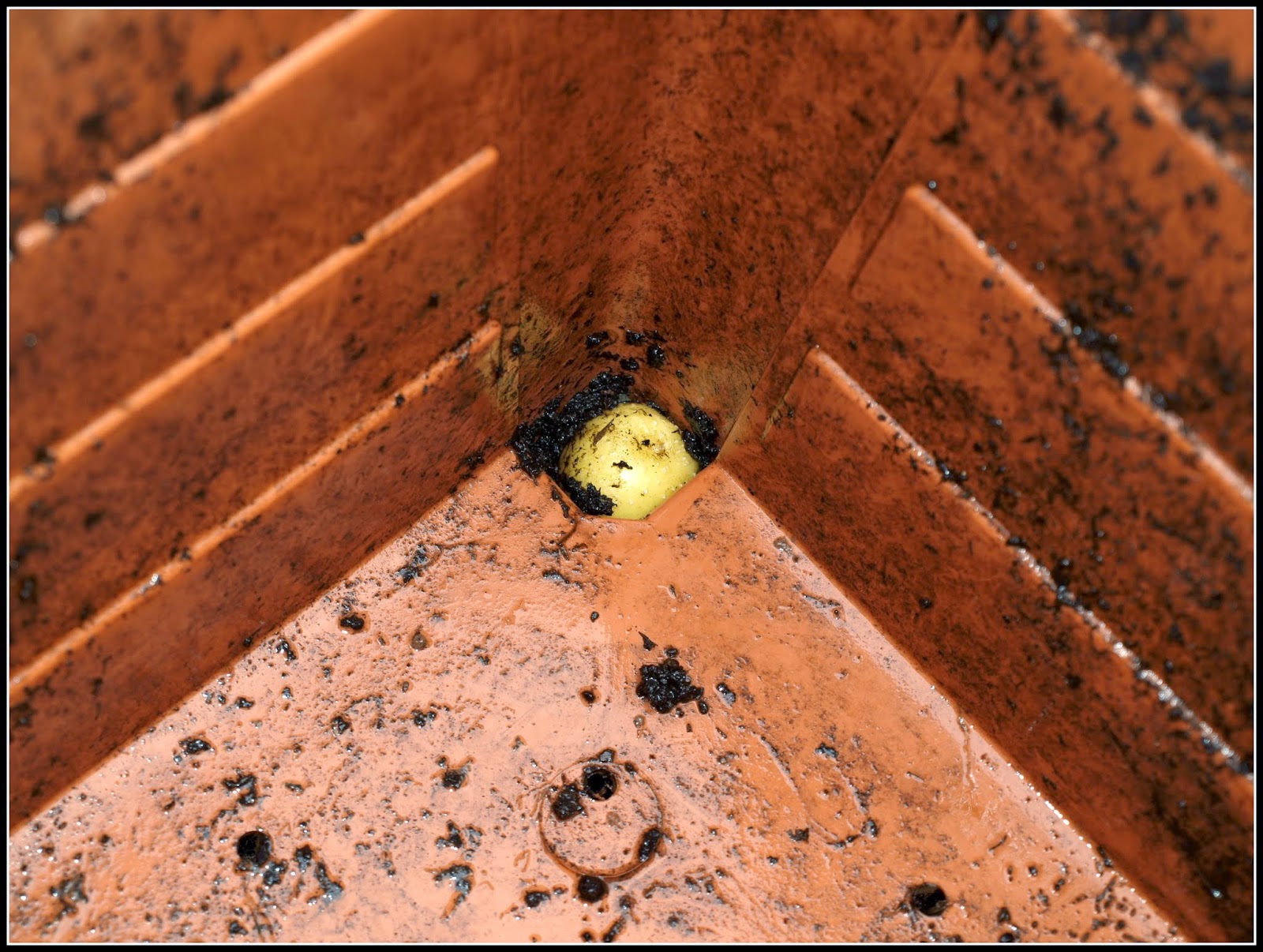 The potato was growing wedged in the corner of the pot, in the sunken bit which forms one of the pot's feet. Obviously its shape was dictated by the square cross-section of the pot-foot.

The tubers from this batch are showing their age. Their skins have gone quite rough, which is a sign that they have been in the ground too long. "Nicola" is a Second Early, so they should really have come out some while ago, but I have been eking out my potato harvest and only lifting them as required. It's not a big problem, but it probably means that I'll need to scrape the skins off before cooking the potatoes.
Posted by Mark Willis at 12:00