This past week the weather has been most "unseasonable" - in other words, cool, wet and windy. Not like August is supposed to be. In fact it seems as if Autumn has come already. Still, looking on the bright side of things, I have had to do less watering of plants than I was doing a couple of weeks ago!

And despite the poor weather, I am continuing to get some nice harvests: 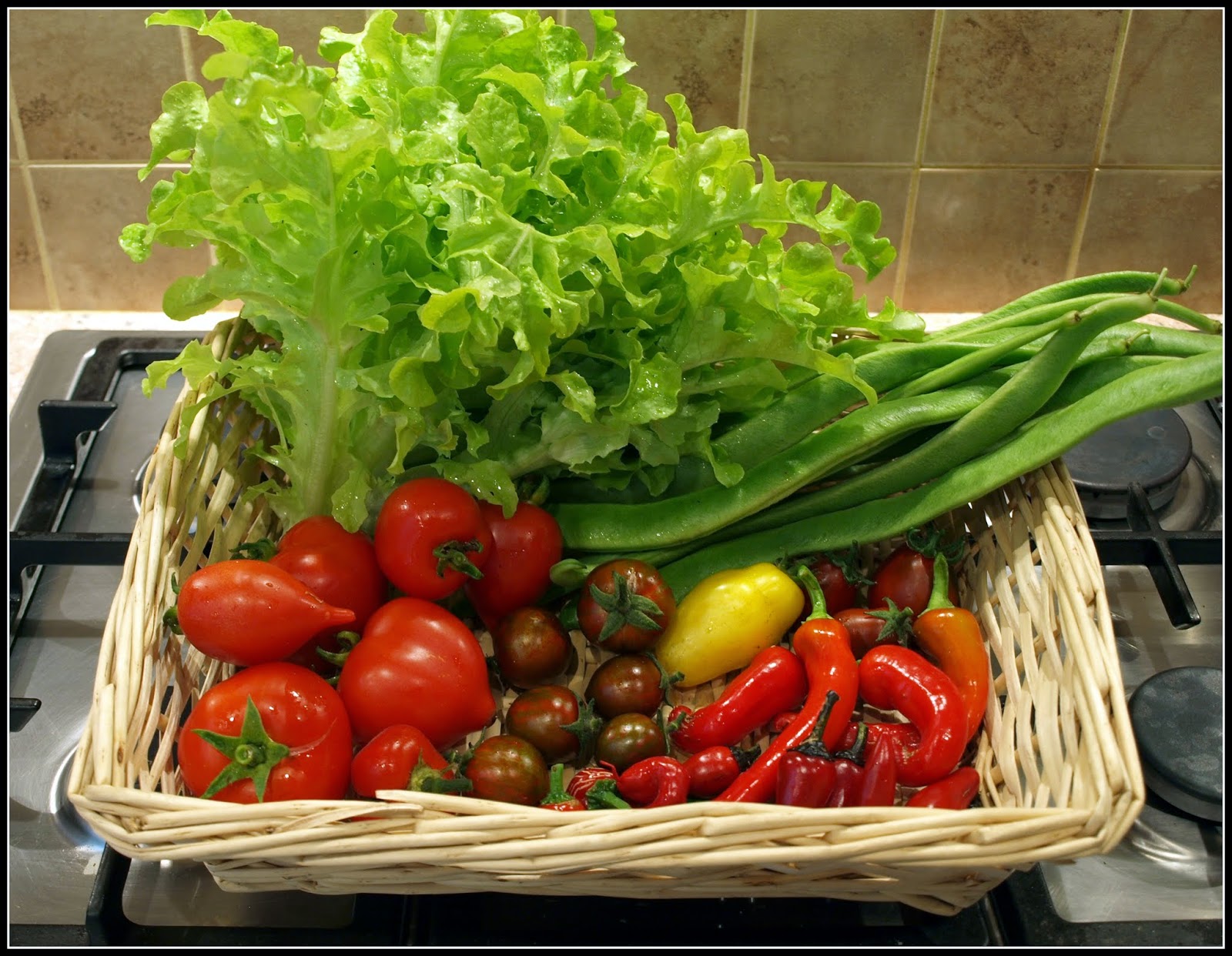 In the basket this time are Runner Beans (including some lovely long straight ones), Lettuce (this one is "Green Oak Leaf"), Tomatoes and Chillies. Here's a close-up:- 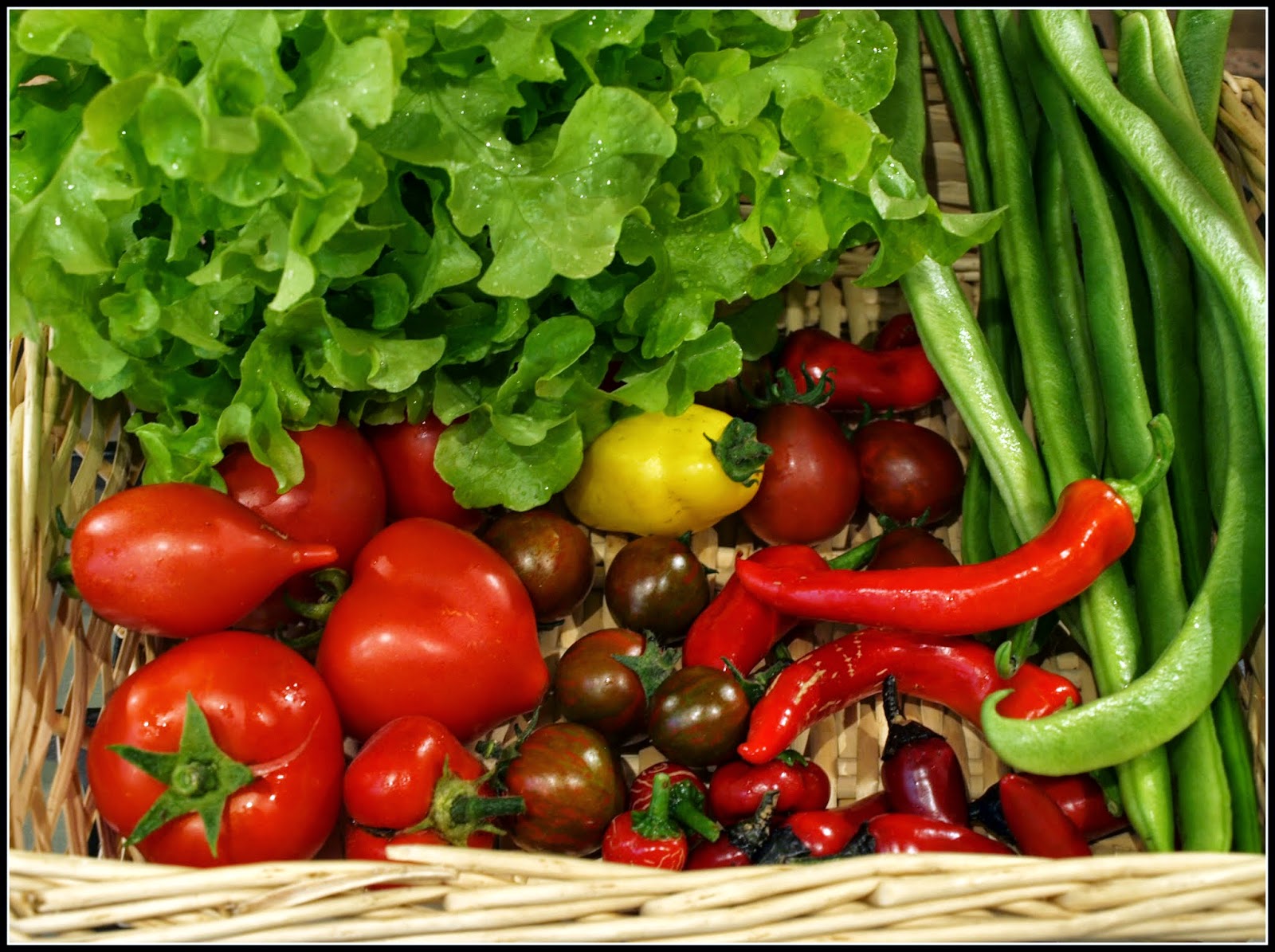 Normally at this time of year I would be showing off huge baskets each with a couple of kilos of tomatoes, but this year the harvest is small (and a bit weirdly-shaped in some cases), but at least I do have some tomatoes. This is one crop without which I would consider my veg-plot to be incomplete. 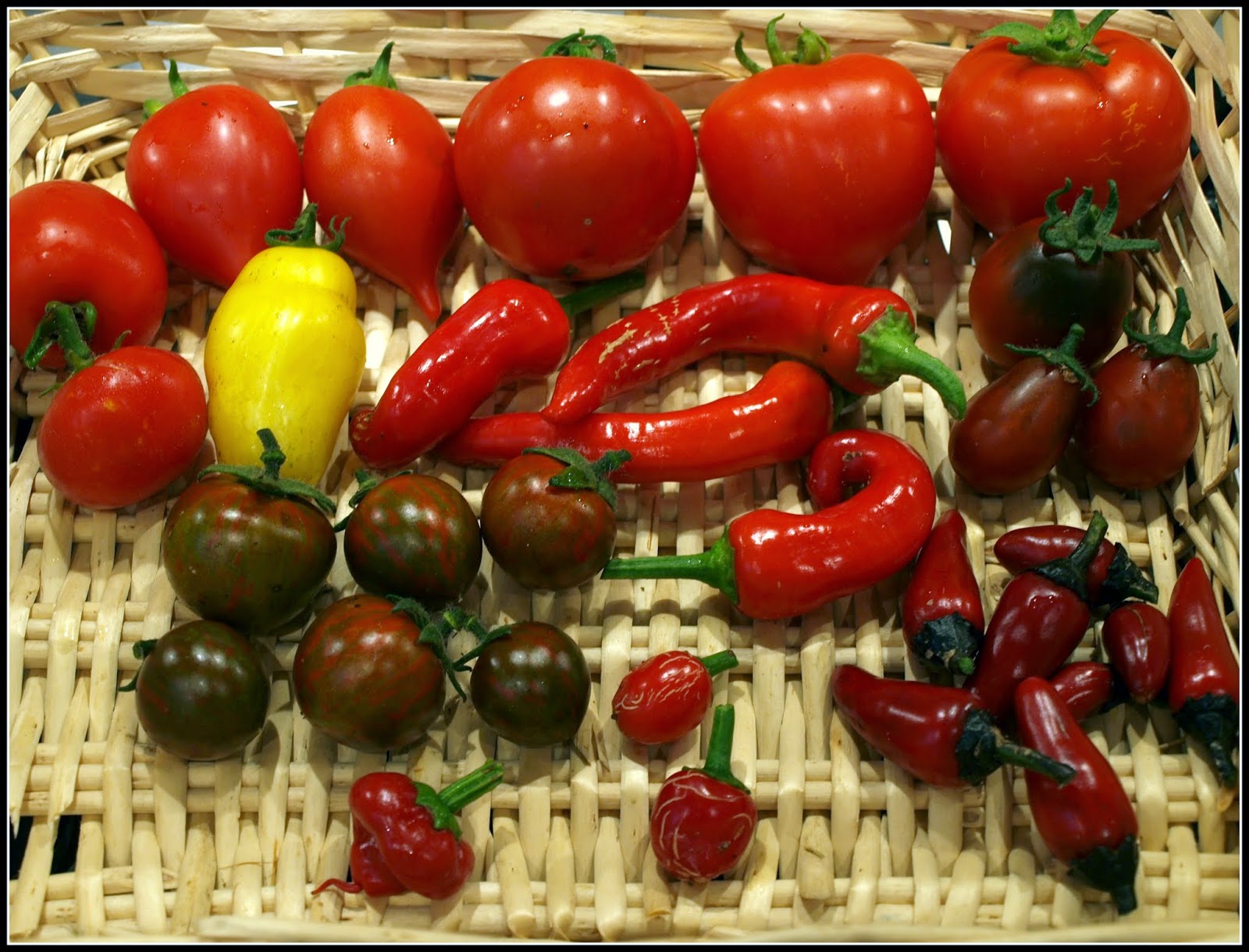 In the middle of the week I picked some more Blueberries and a few Raspberries. This tub contains just over 300g. 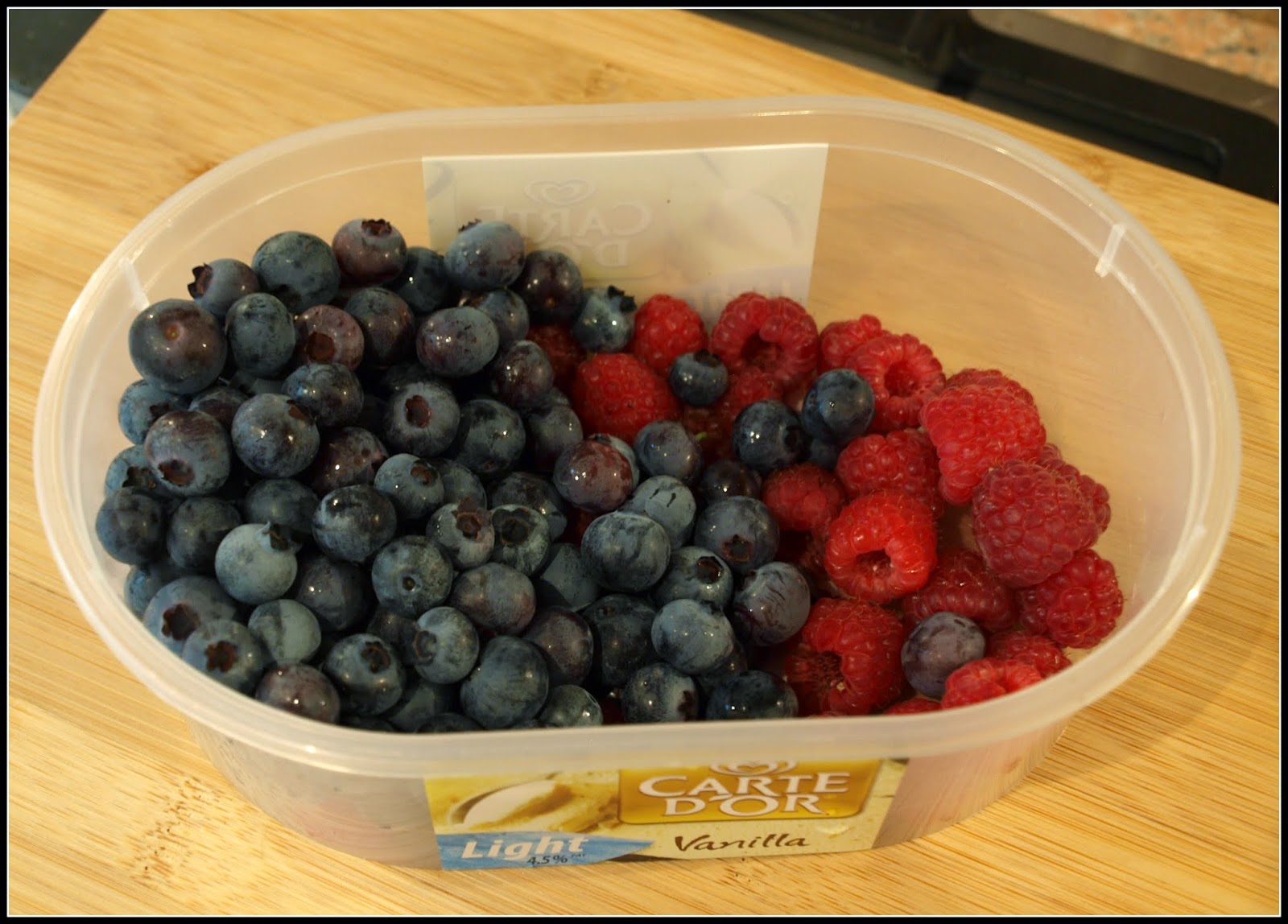 It has not been good berry-picking weather. It takes a long time to pick Blueberries because they all ripen at different times and you therefore have to pick the berries individually and carefully. It seems that whenever I think about going out to pick some berries the heavens open and another torrential deluge comes down. At least there have been no problems with their pots drying out! At the weekend I finally knuckled down to the job and picked another 700g of berries: 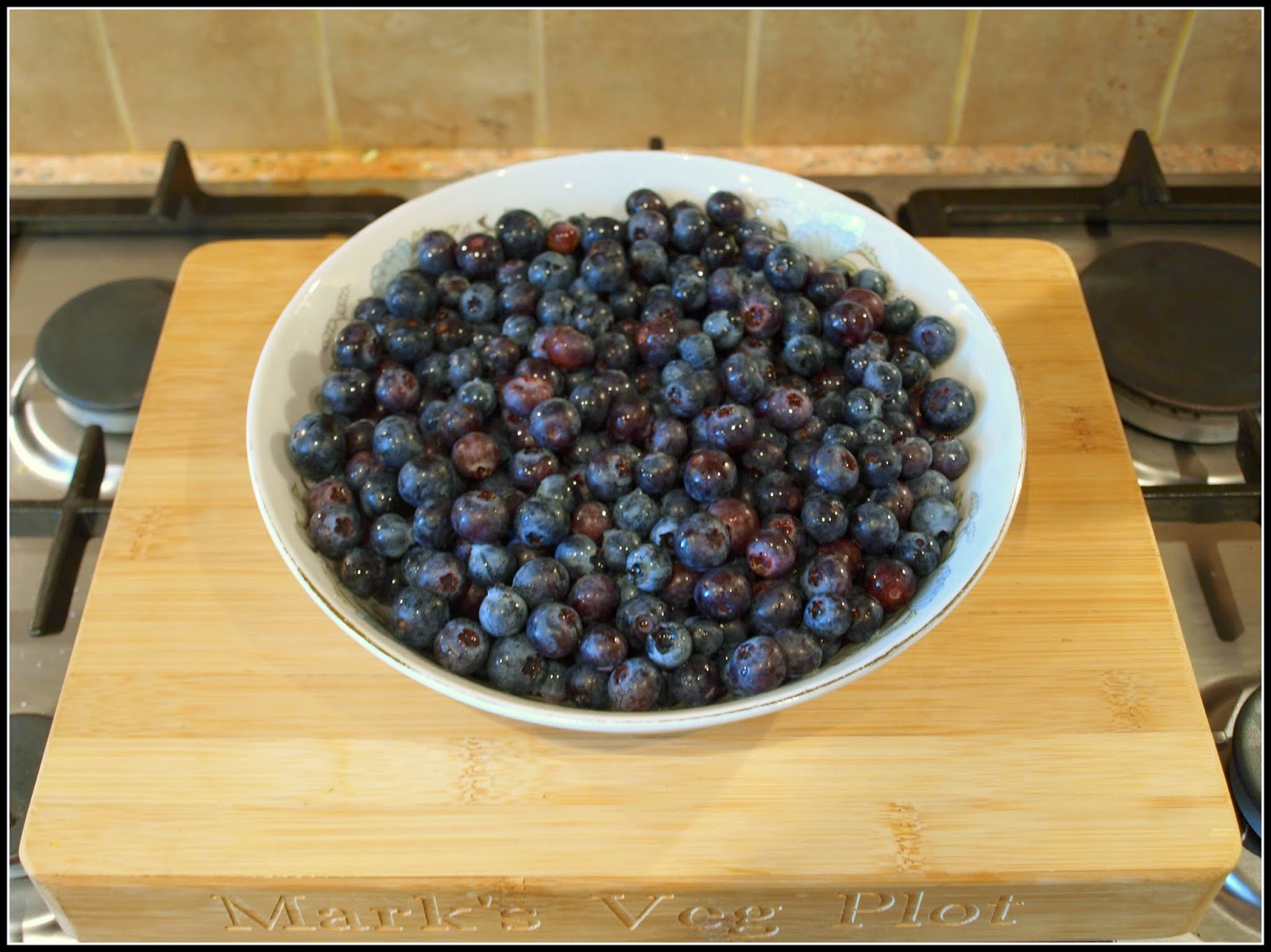 The berries always look much riper when they are on the bush than when you bring them indoors! I realised that many of the ones I had picked were not 100% ripe, so I sorted out the best ones for eating raw and made the rest into a compote. This means simply that I put them in a pan with some Sweet Freedom sweetener and heated them gently for a couple of minutes until the skins burst. I then poured in a splash of Grand Marnier and left the compote to cool. They will be great with some ice cream, I think. 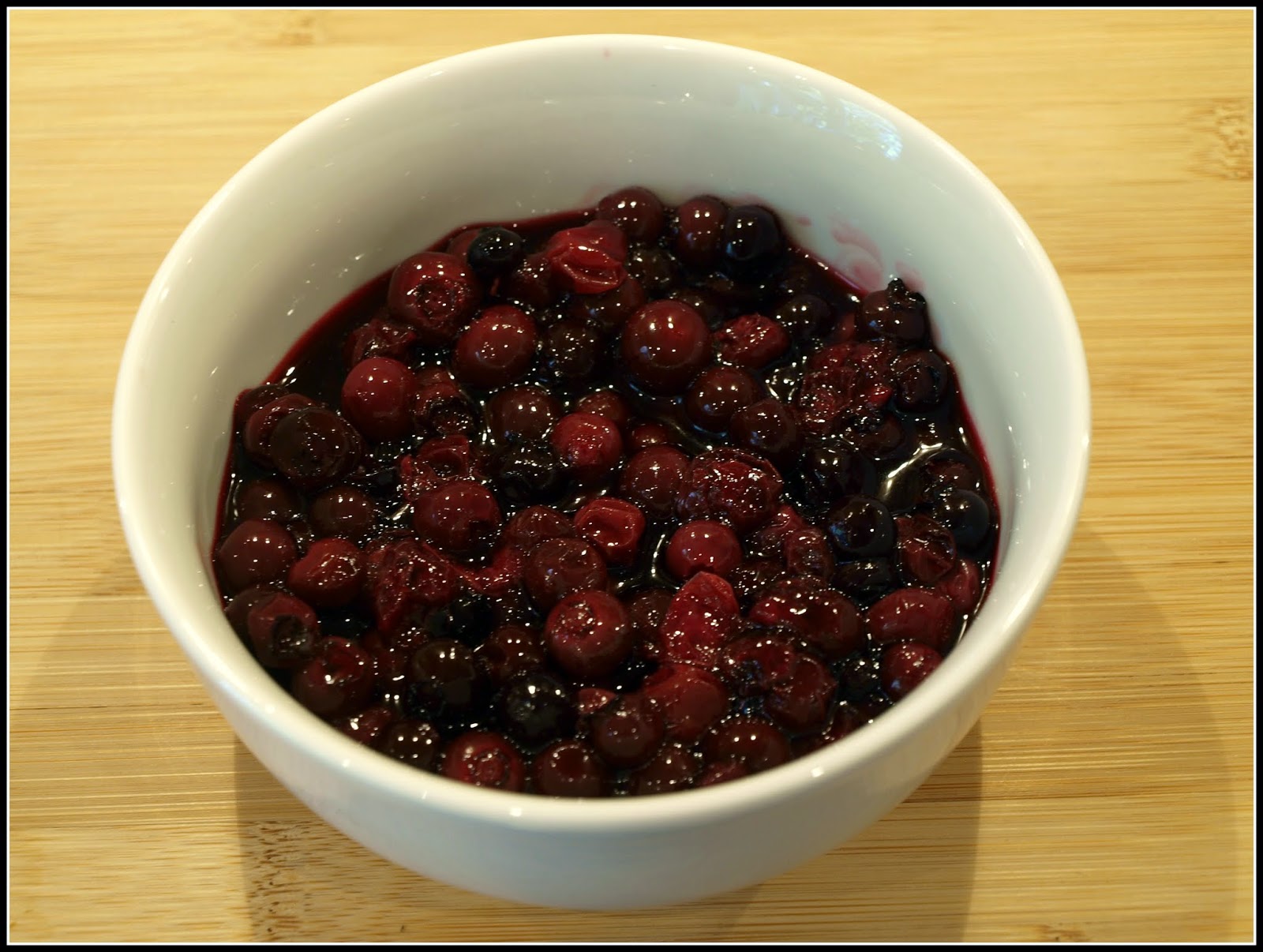 As recently reported, I am still harvesting potatoes. This is the yield from another pot of "Nicola" - 745g. One of the tubers (six-o-clock position in photo) is a bit green from having been exposed to light, so I may have to discard that one, or at least peel it very thickly. 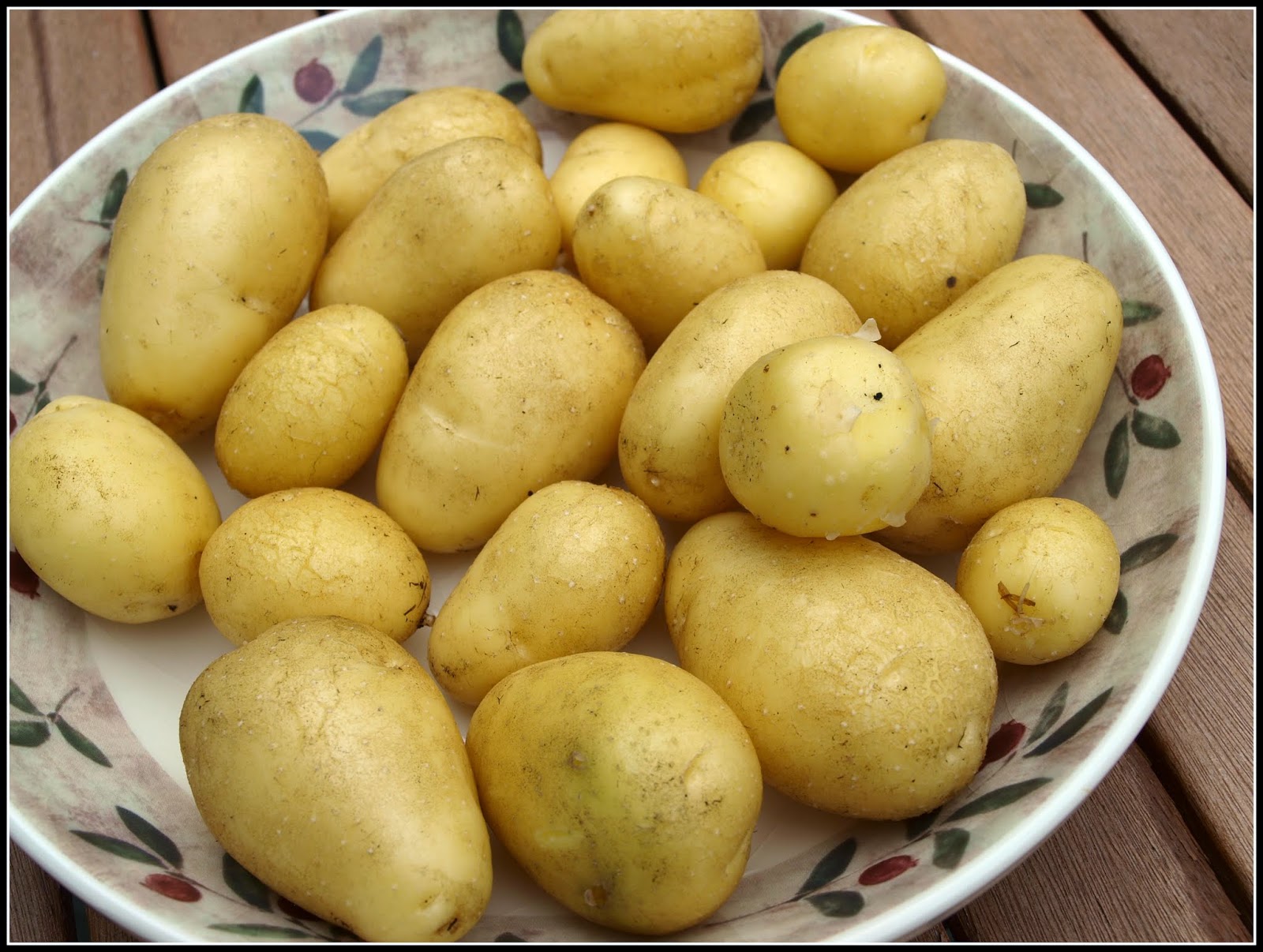 These are Jalapeno Chillis and two types of Sweet Pepper - "King of the North" (the pointed ones) and my so-called "Turkish Sweet Pepper". 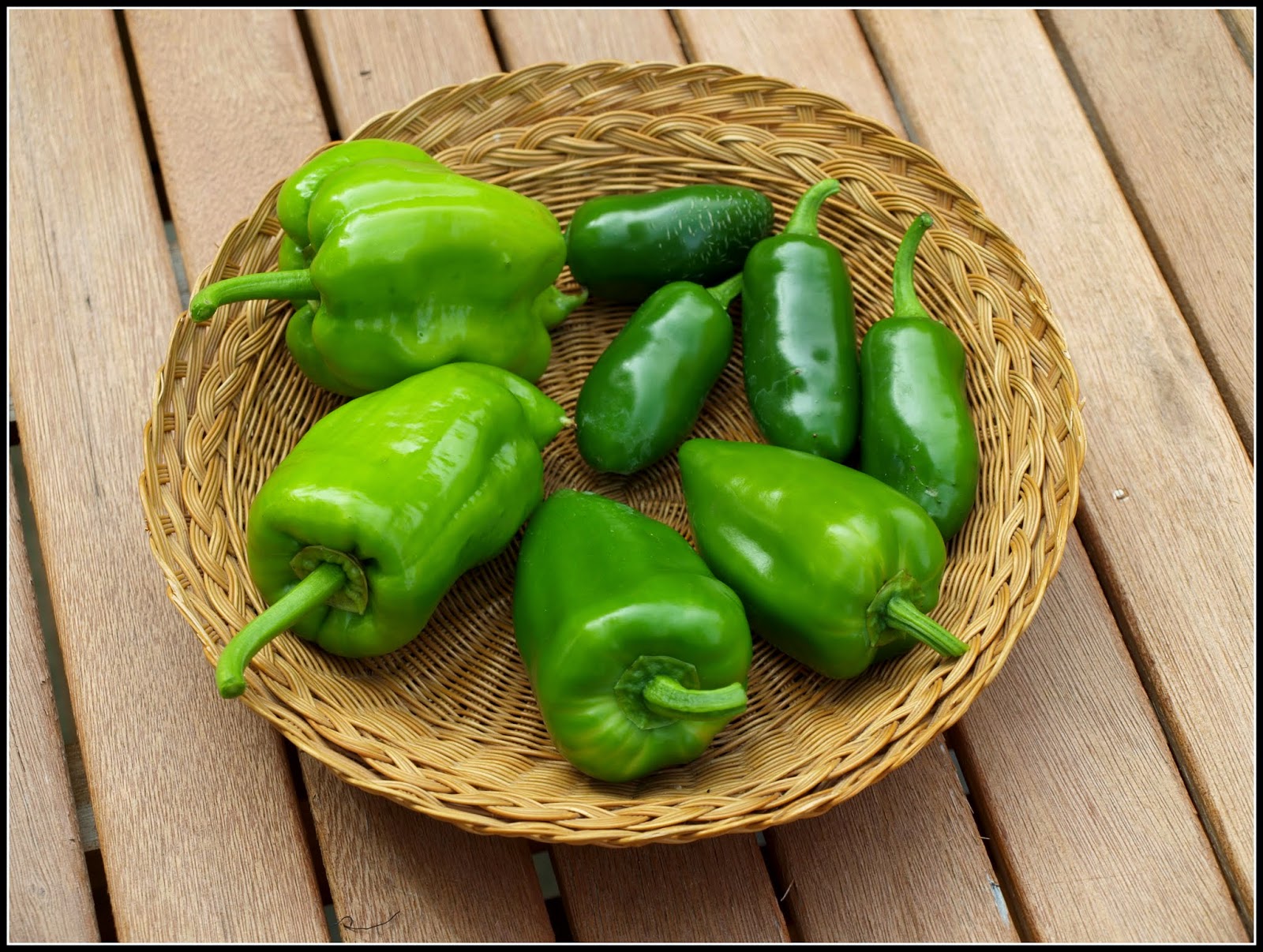 The Jalapenos have gone into the freezer (we like to have some green ones available as well as some ripe ones), and Jane is eating the Peppers in lunch-time meals. She likes them with tuna, which I can't stand, so she eats it when I'm out at work! She prefers green ones to red ones.

This is my contribution to Harvest Monday where no doubt you will be able to read about all manner of other lovely veggie harvests.
Posted by Mark Willis at 12:00