An attempt to revitalize some herbs

At this time of year, many of my herbs have a very tired appearance, and their leaves no longer have the freshness and zing needed to make them appealing for use in the kitchen, like this Oregano plant: 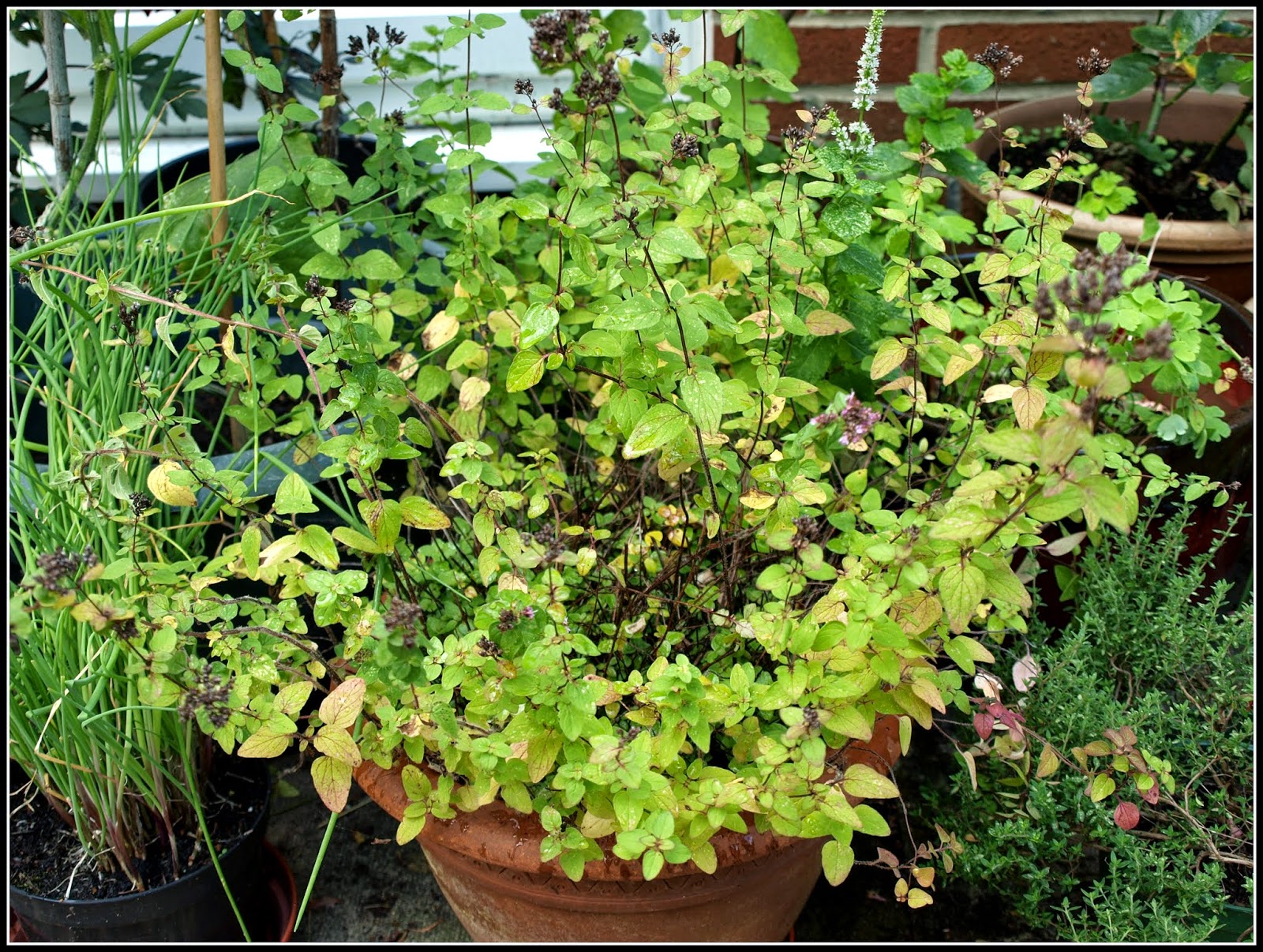 I could just call it a day and leave them till next year, but I think it is worth trying to revitalize them and get a bit more from them before the cold weather comes. The way I do this is to give the plants a very severe cut, taking them down to just an inch or two above soil level. Here is the same Oregano plant after the treatment: 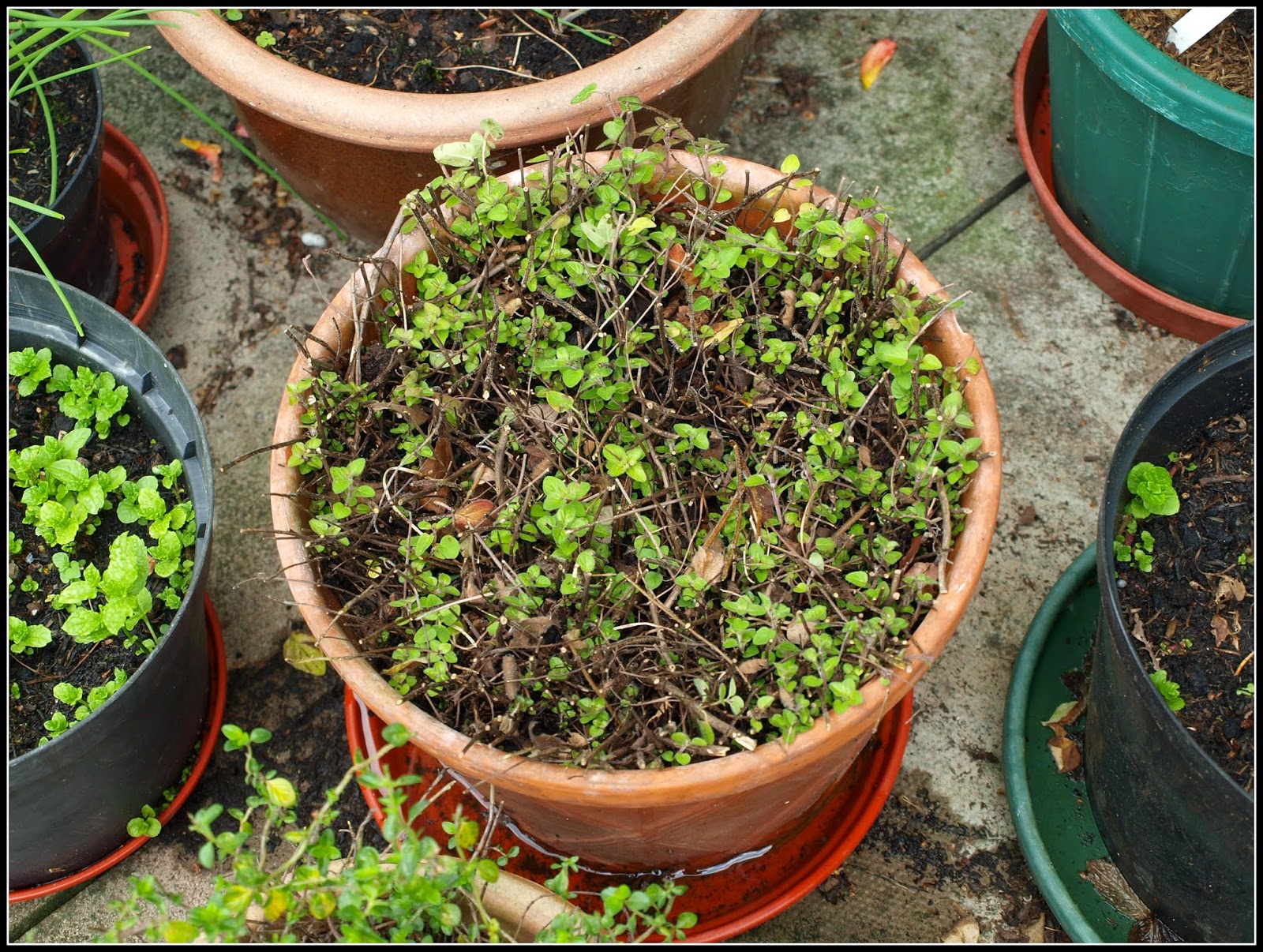 In similar fashion, here is a trimmed pot of Chives: 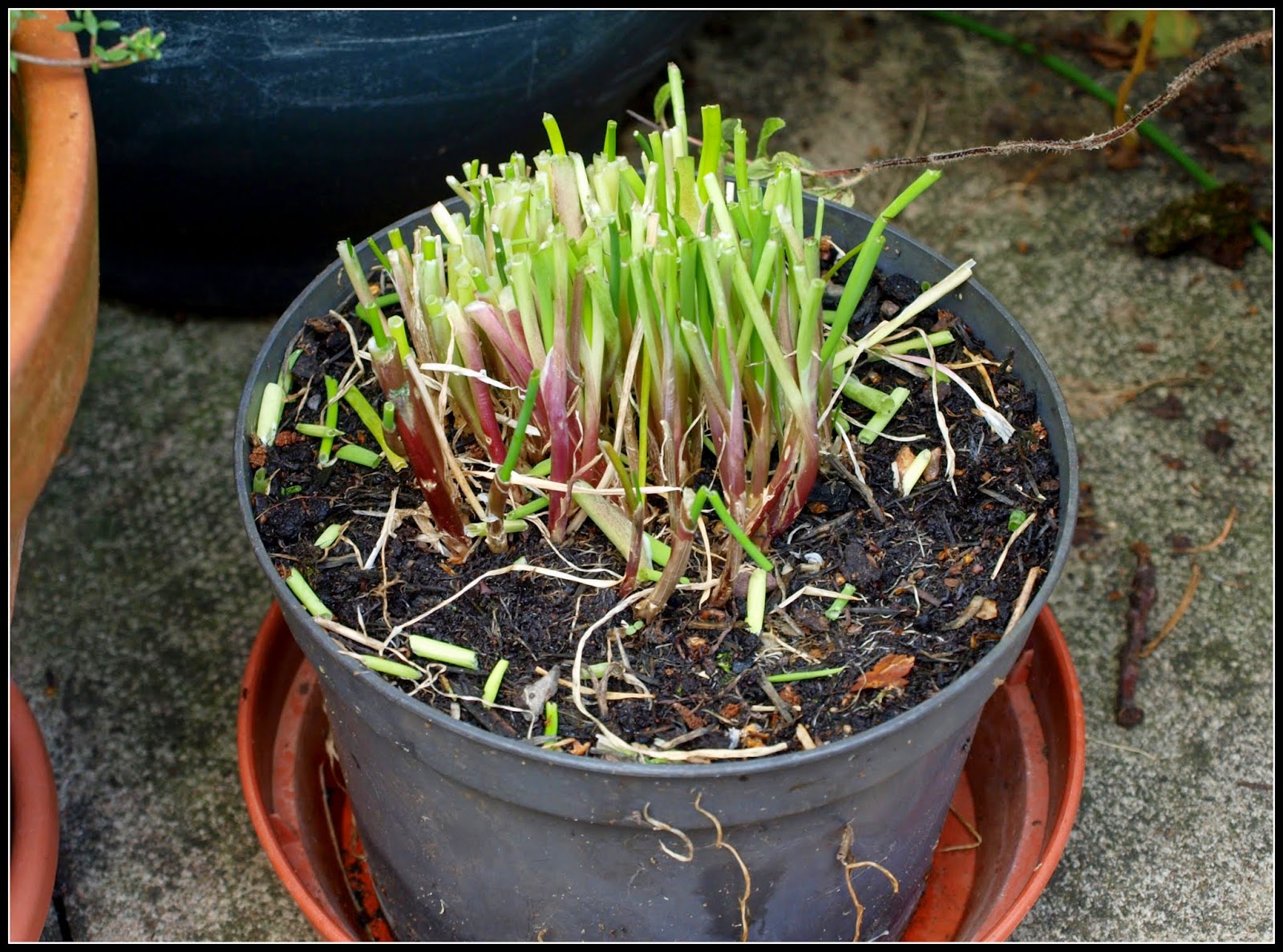 and one of Mint: 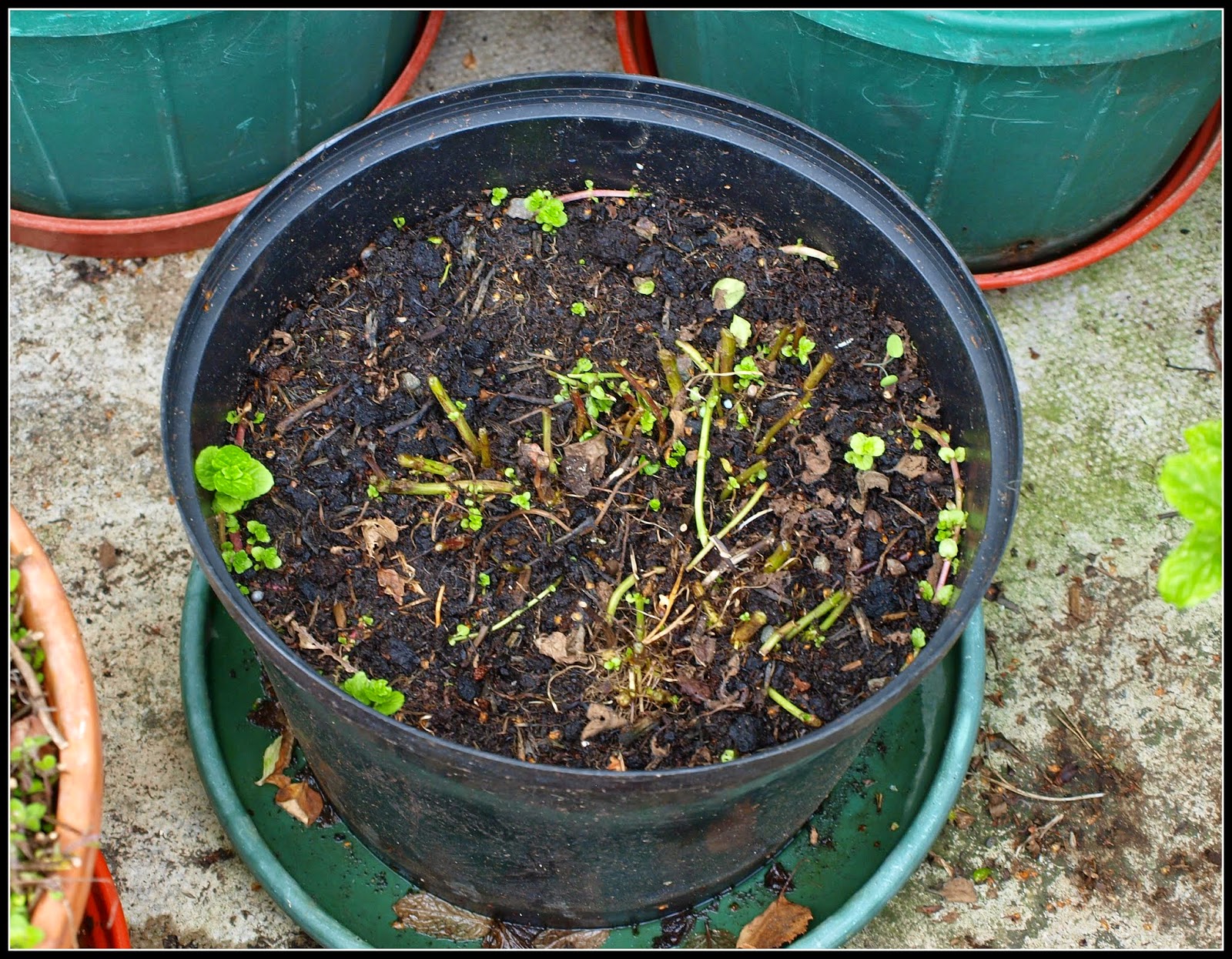 Then I give the plants a good watering, with a dose of general-purpose liquid plant-food. A week or 10 days later, they will hopefully have re-sprouted. Here are the Chives: 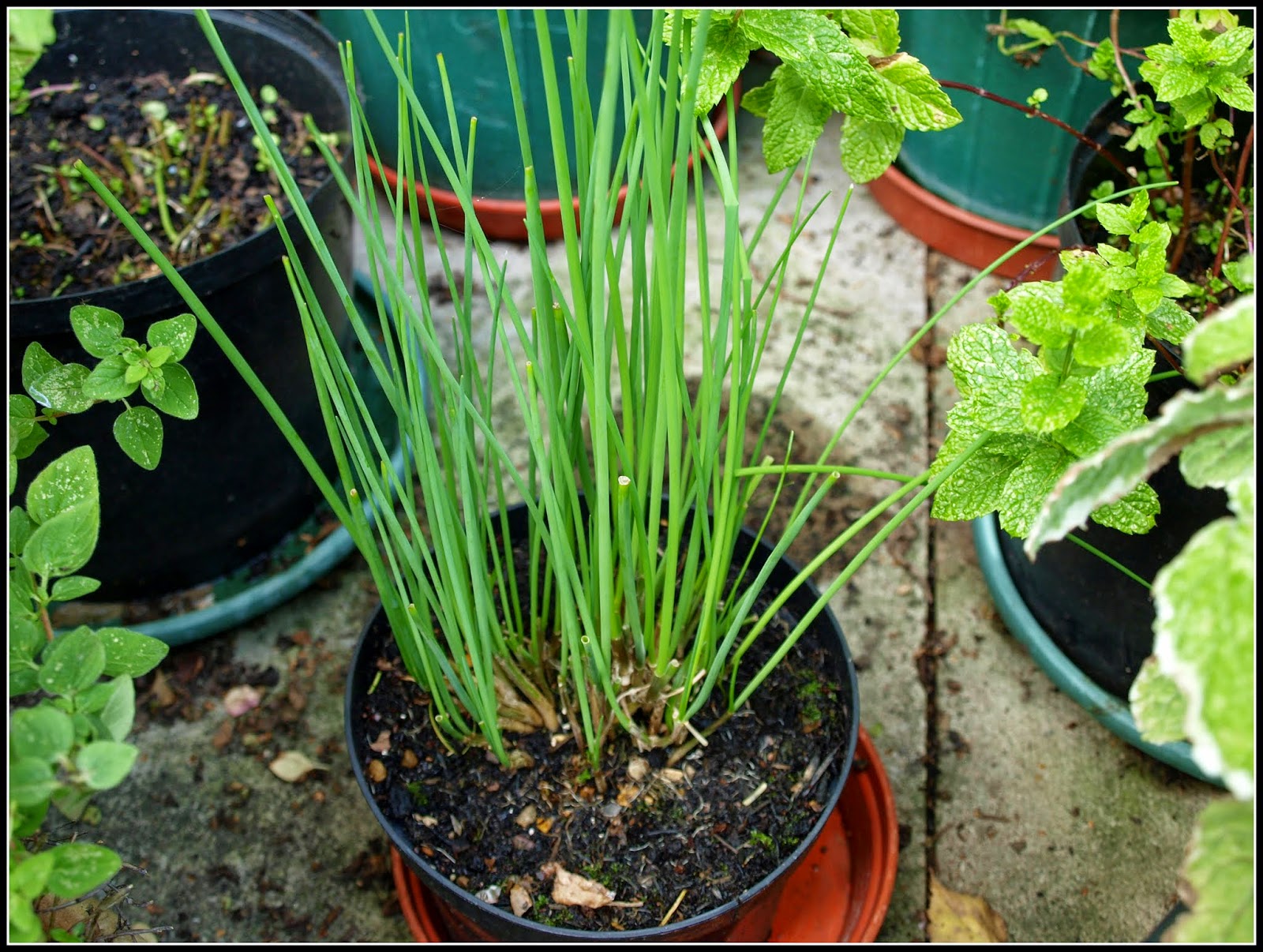 and here is the Mint: 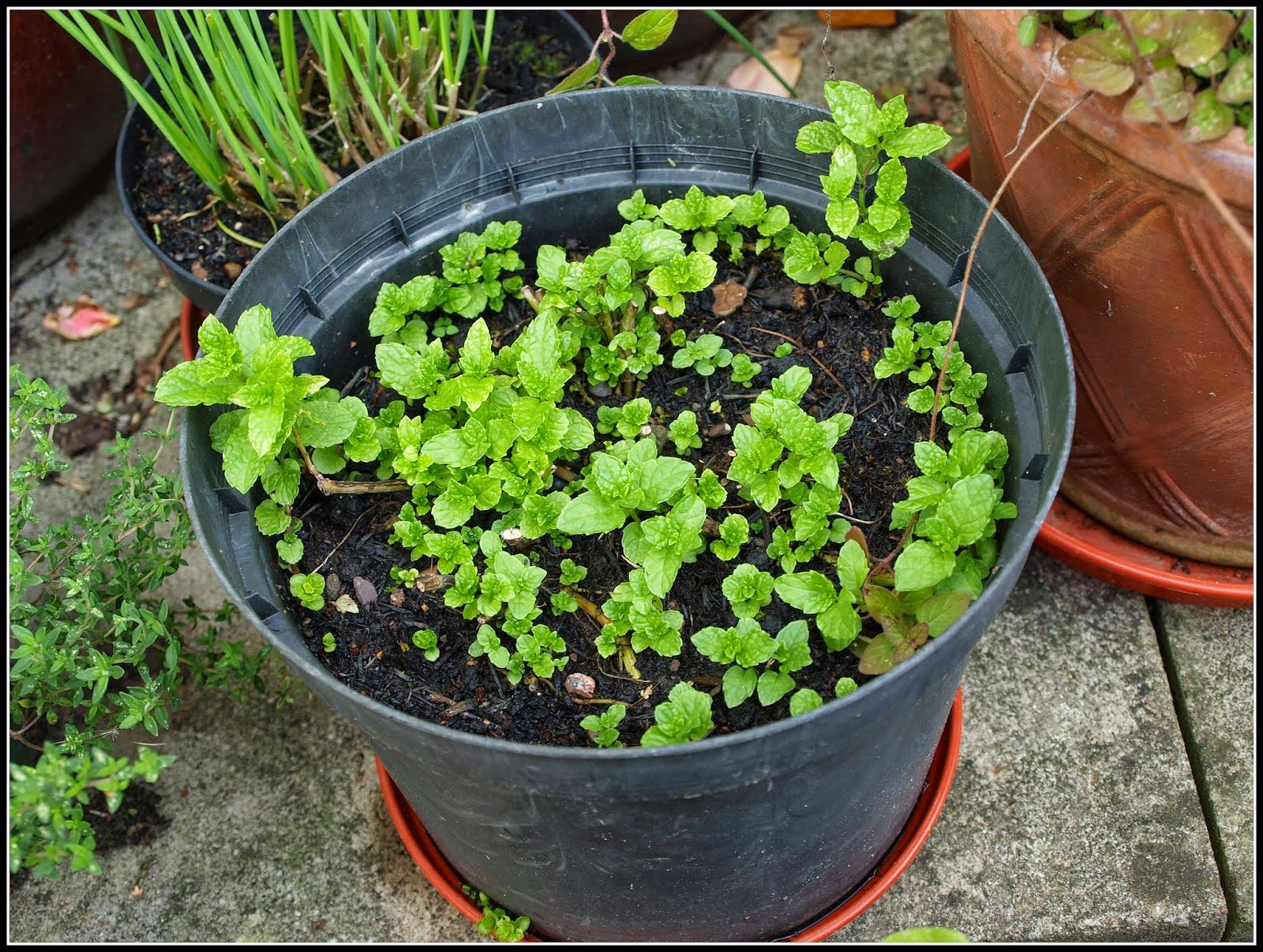 The Oregano has not yet responded to the treatment, (I only did it last weekend) so I can't show you that, but I'm confident that some new growth will appear before Autumn arrives.

This one is a longer-term investment - a Bay tree in the making: 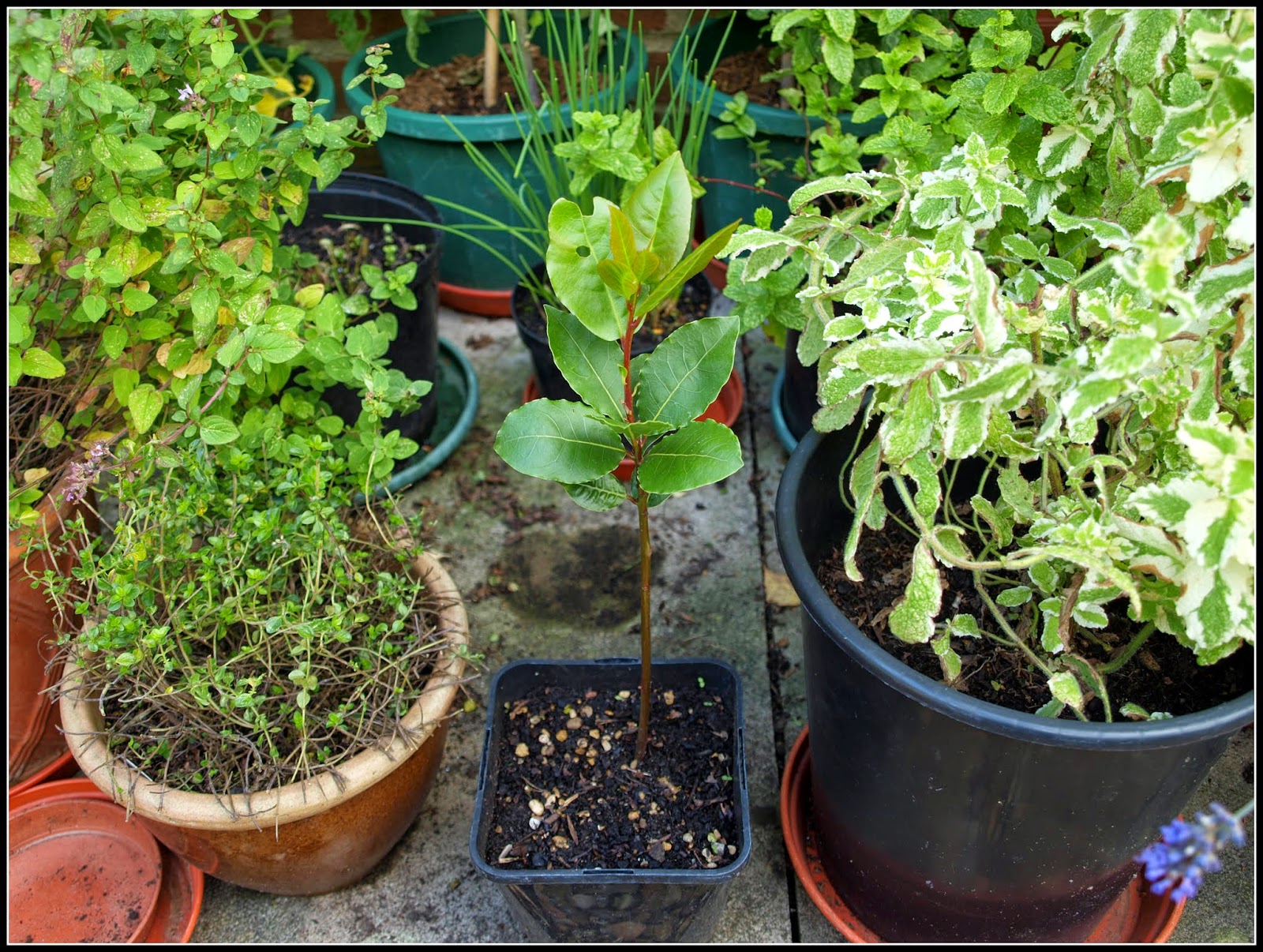 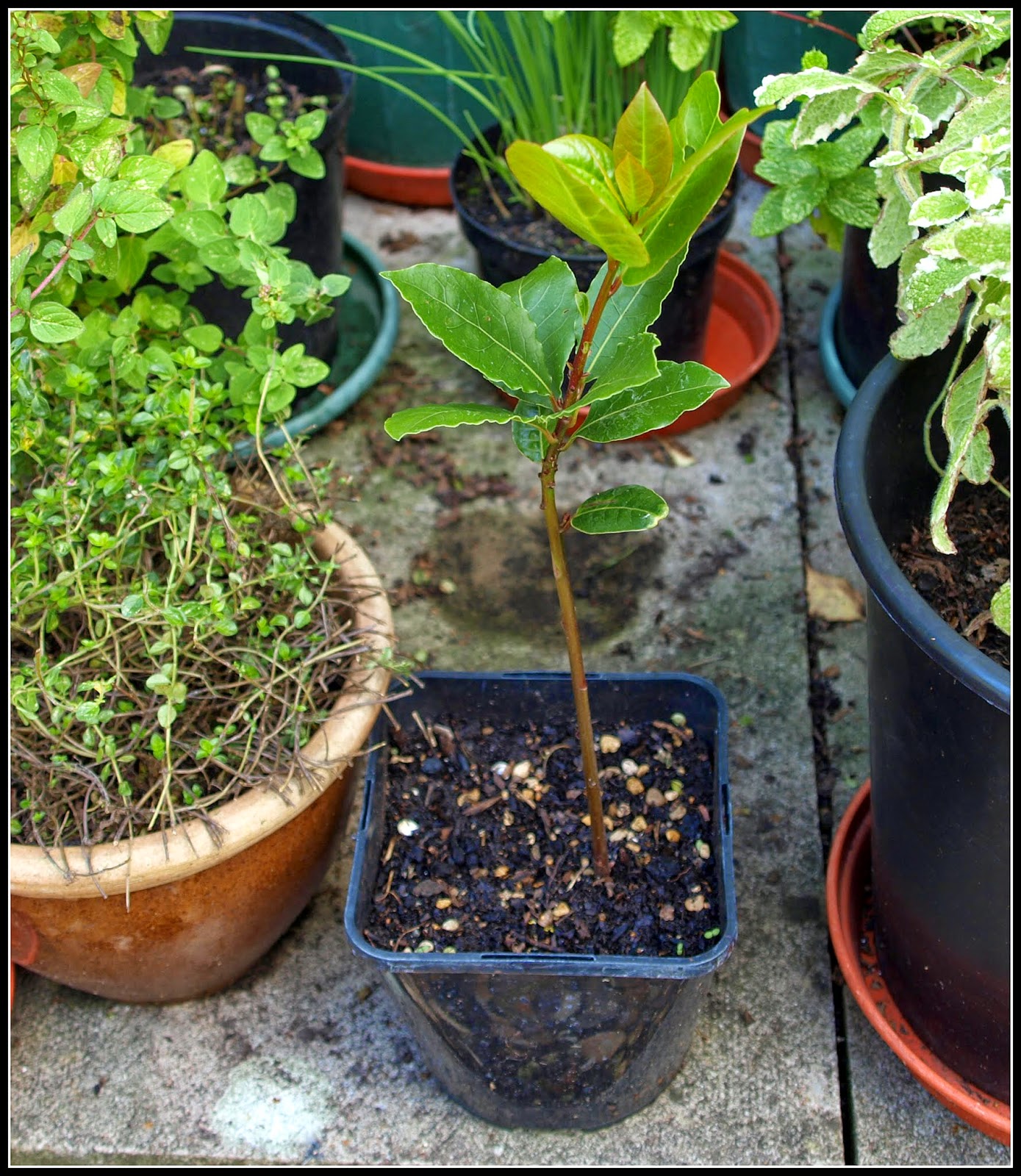 I currently have two potted Bay trees which must be about 15 years old (or possibly more - I really can't remember) and they may not last forever, so I am rearing two more to replace them in due course (I have another one not pictured here). My technique is to cut off at or below ground level one of the suckers that my big Bay tree produces from time to time, dip it in hormone rooting powder and then push it into some moist compost. A few week later the cutting will produce some new leaves, and you know then that it has "taken" - meaning that it is now growing. When the cutting is well established you can start to train it. As you can see, this one of mine is a bit crooked, so I will shortly be tying it quite tightly to a short stake in order to persuade it to grow straight. Bay grows very slowly, so it will be a couple of years before I can consider this cutting to be a tree.
Posted by Mark Willis at 12:00