The harvest this week has been "bountiful" - lots of different good things have come into the kitchen... 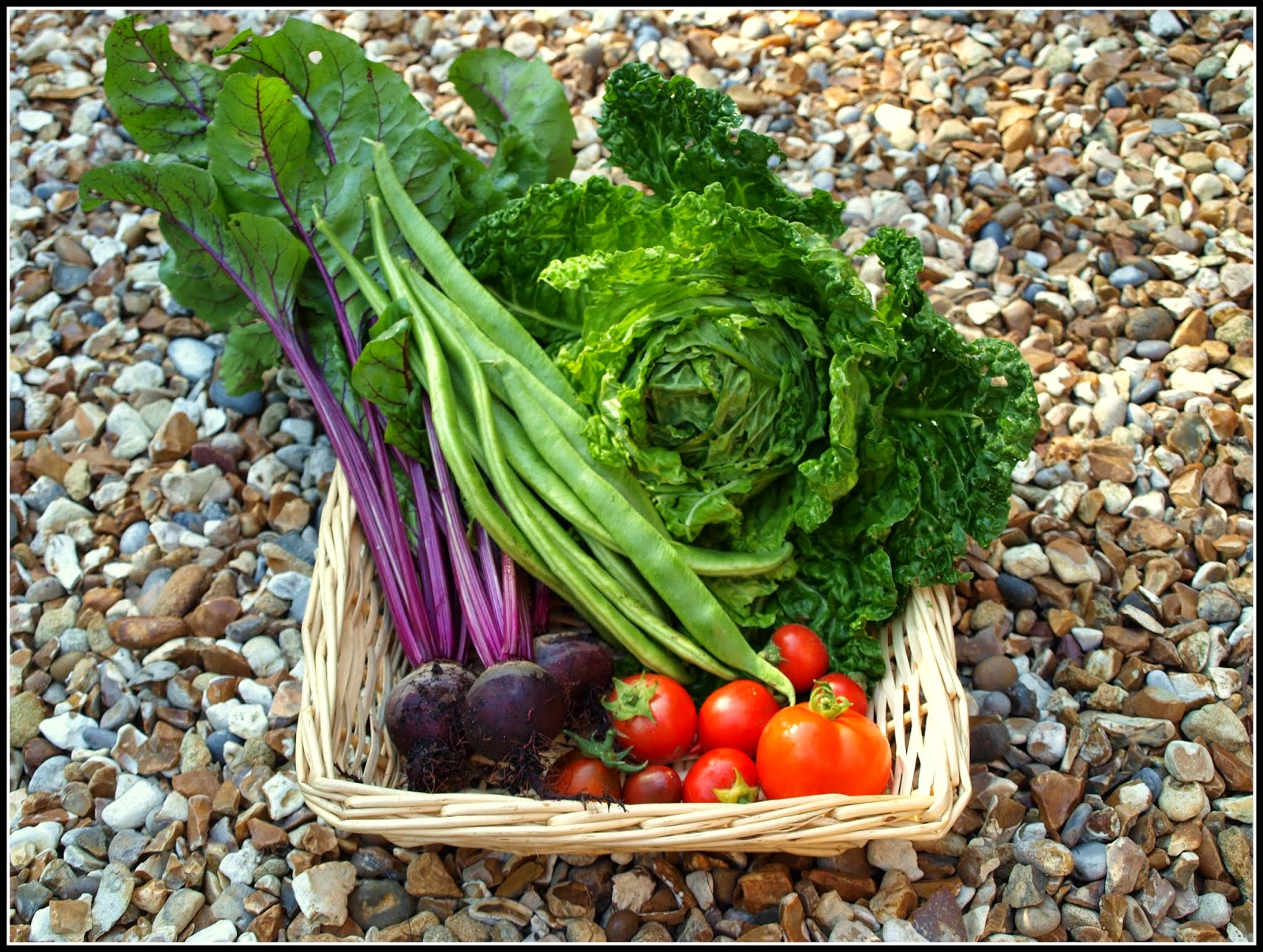 In that basket there are a "Predzvest" cabbage, some Runner Beans, three "Boltardy" beetroot, some Scarlet Empire" Runner Beans, and small selection of various tomatoes. 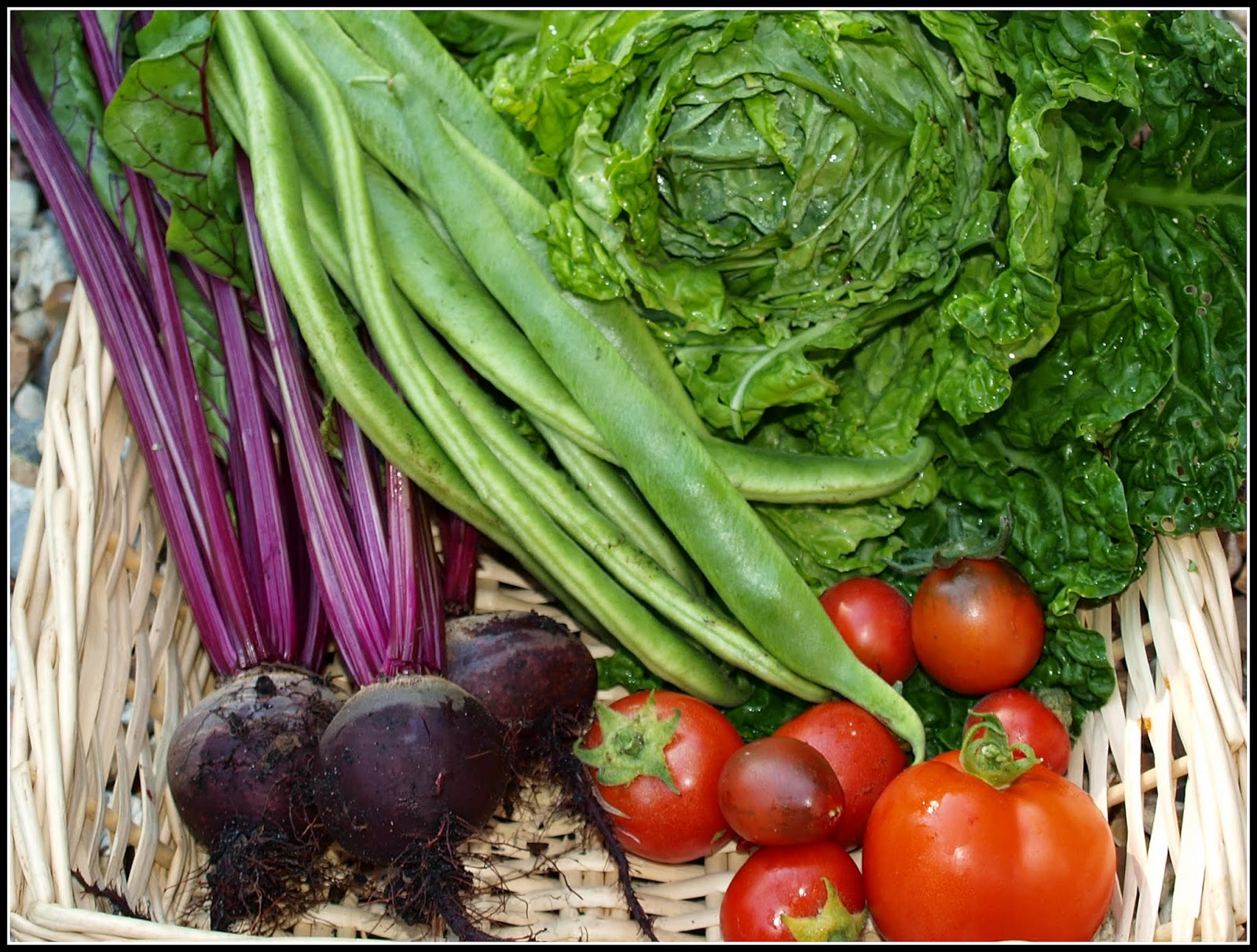 And of course I got some more potatoes. These are "Nicola" again (800g from one pot). 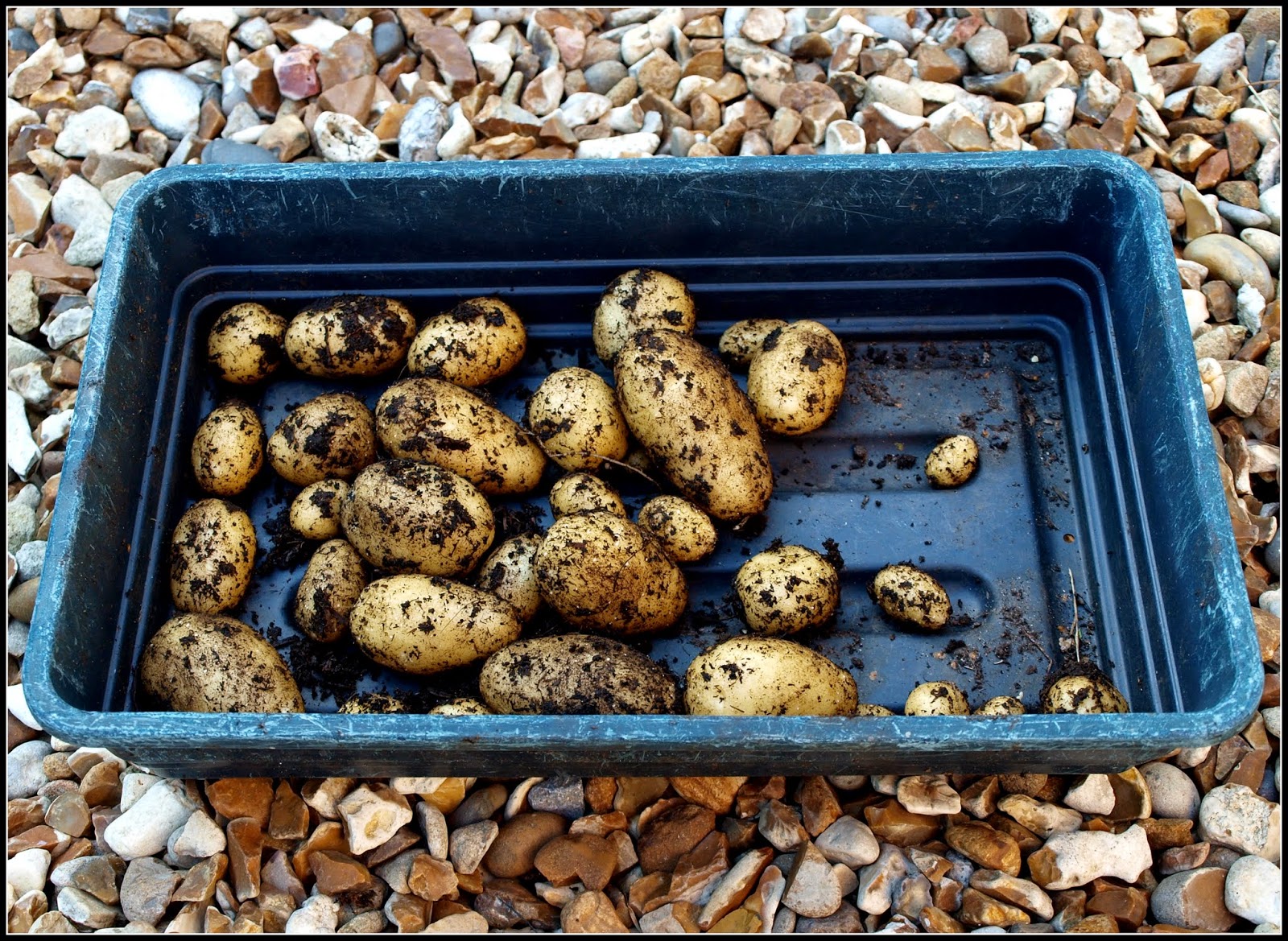 Here they are after washing. They are just as smooth and unblemished as ever. 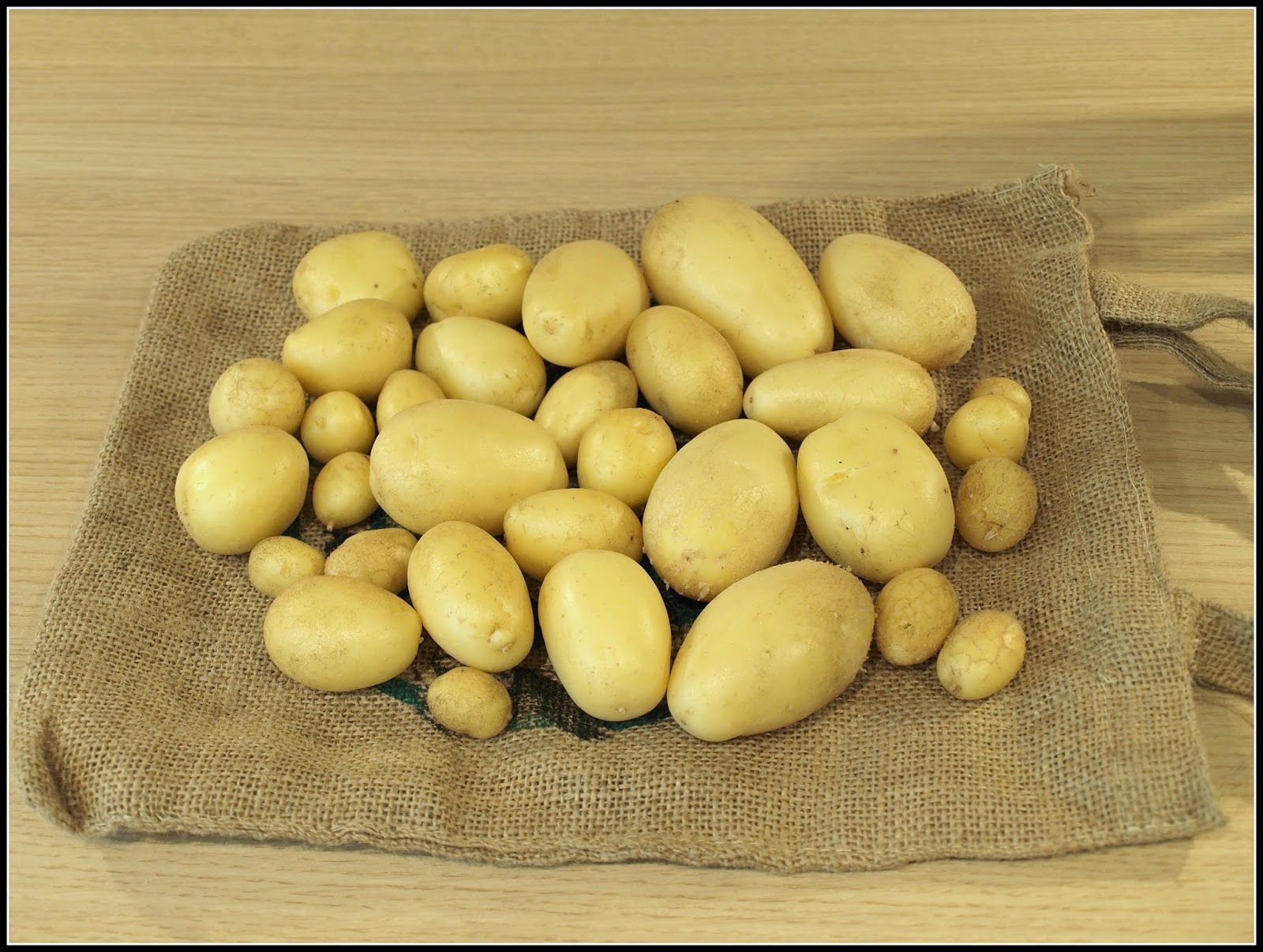 I'm very proud of these carrots too. No Carrot Fly damage at all. The solitary "Iznik" cucumber is less impressive though. 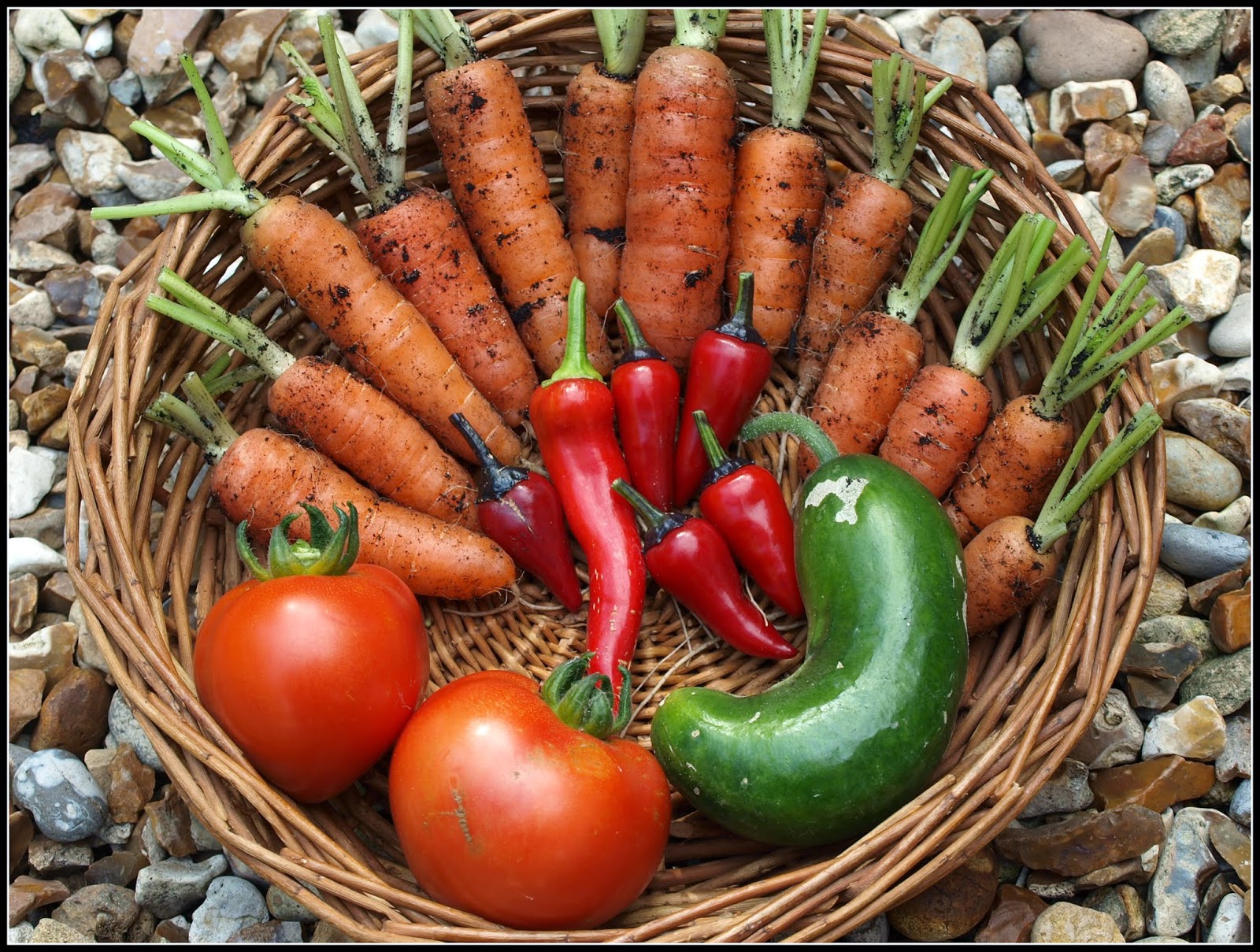 The tomatoes are "Ferline", and there are two types of chilli - mostly "Nosferatu", but the big one is "Ohnivec". Here is the same selection in scrubbed-up form: 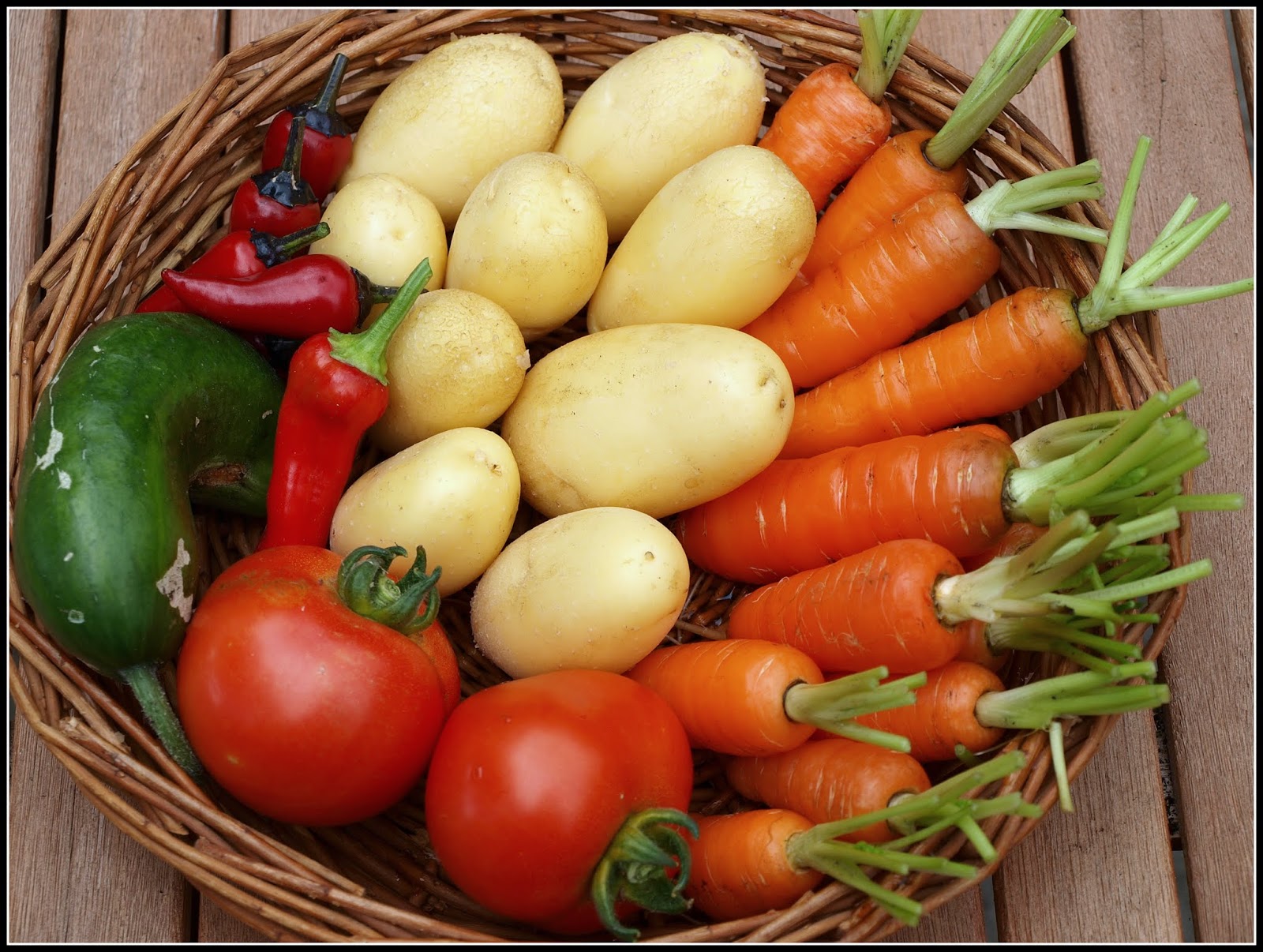 I can't say which varieties the Carrots are, but there are evidently at least two different ones here: 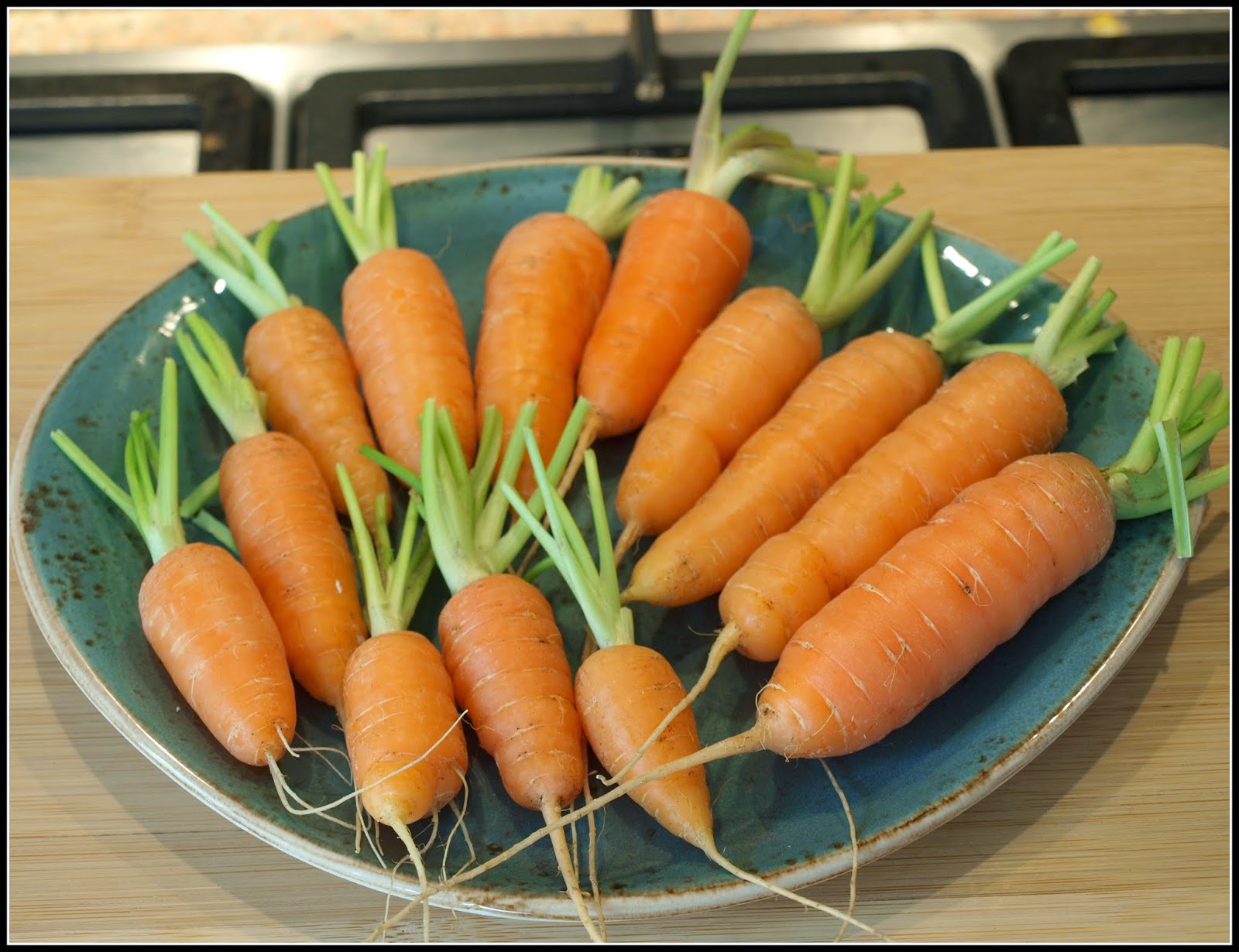 later in the week I pulled another batch of "Boltardy" Beetroot. These were roasted along with some shallots and Thyme, as an accompaniment to roast beef. 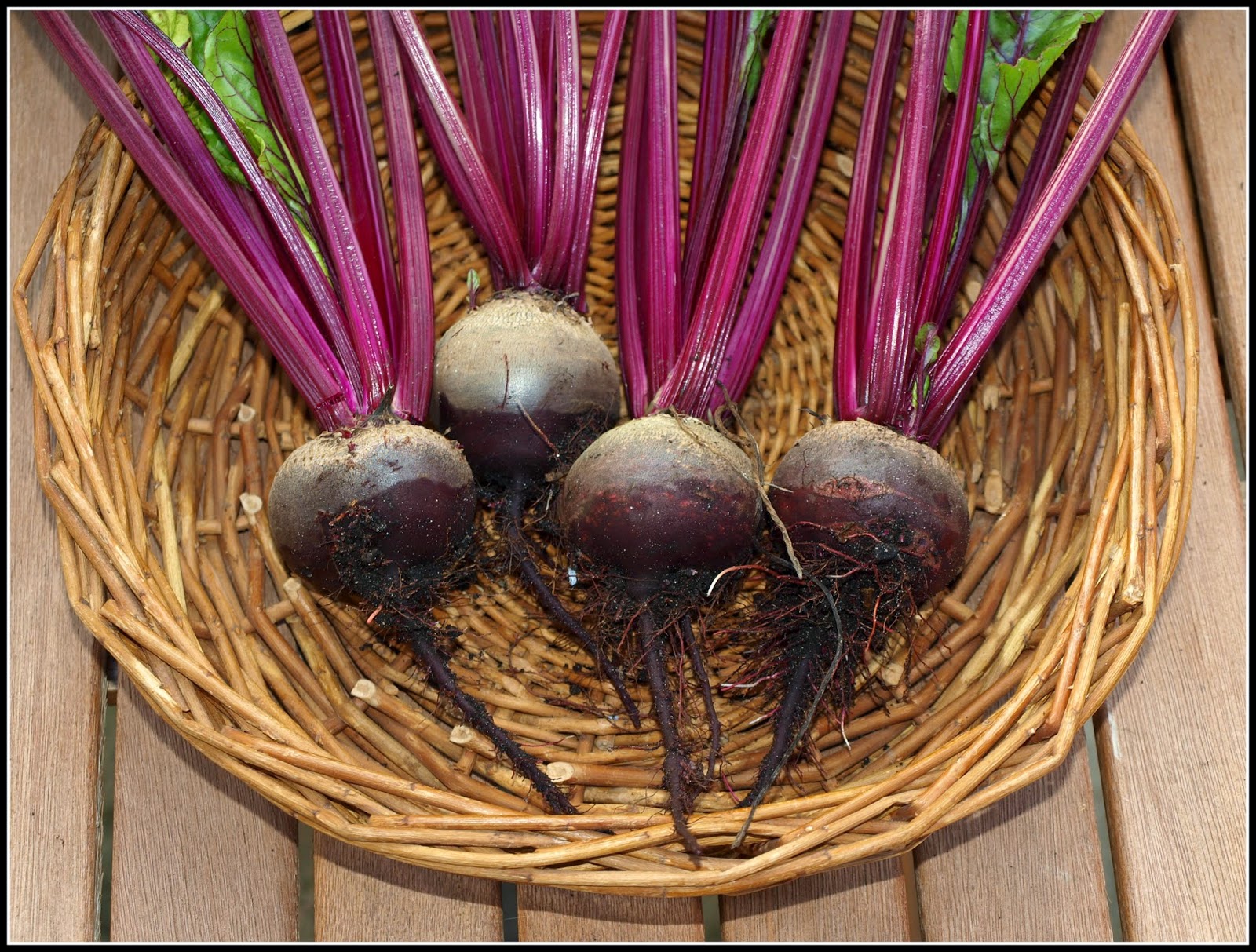 These are the "Nosferatu" chillis. I am going to dry these ones and save the seeds for next year. 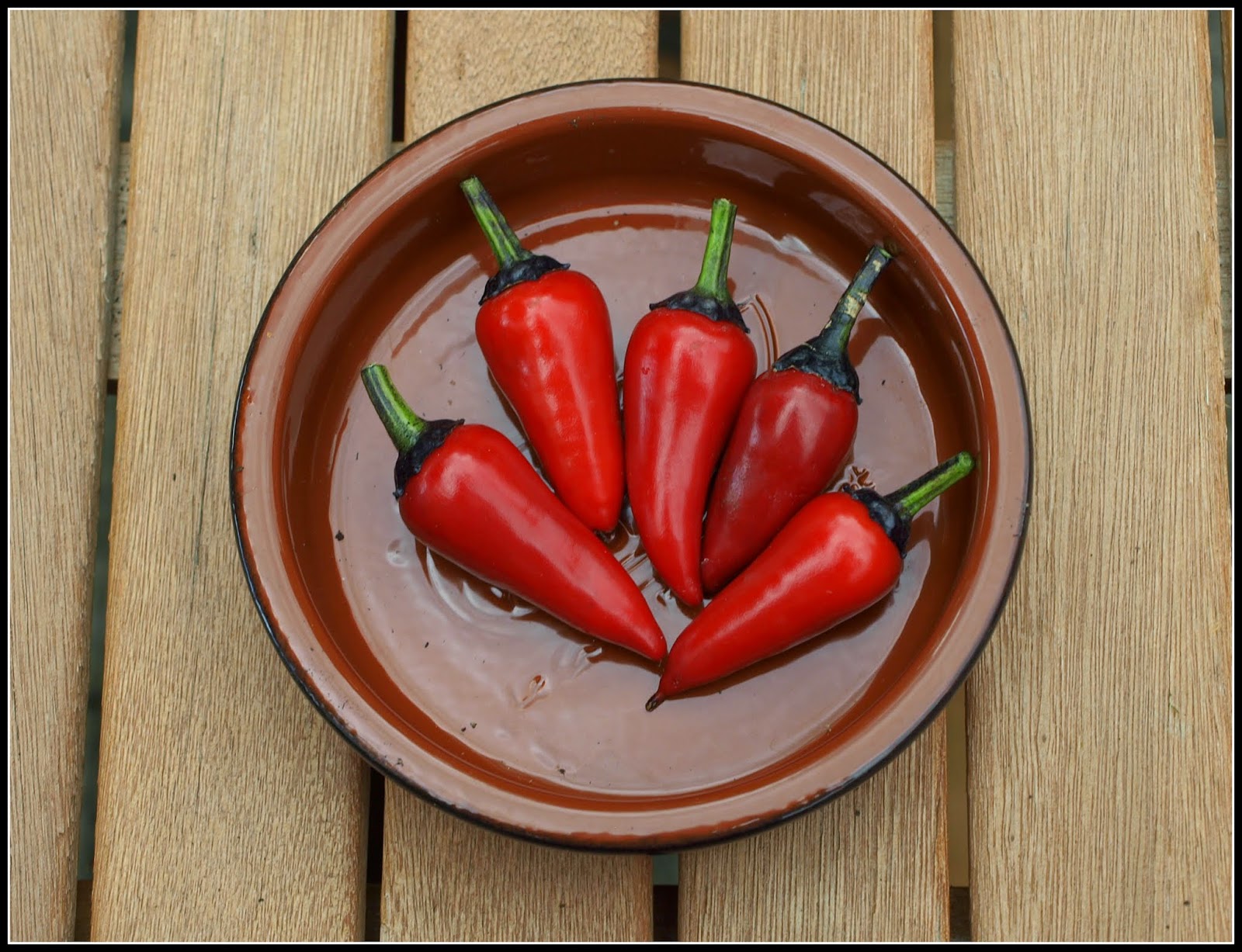 I managed to assemble about 180g of Raspberries too. Not as many as I would like, but when combined with some Blueberries from the batch I had picked the previous weekend, it was sufficient for a nice dessert for us both. 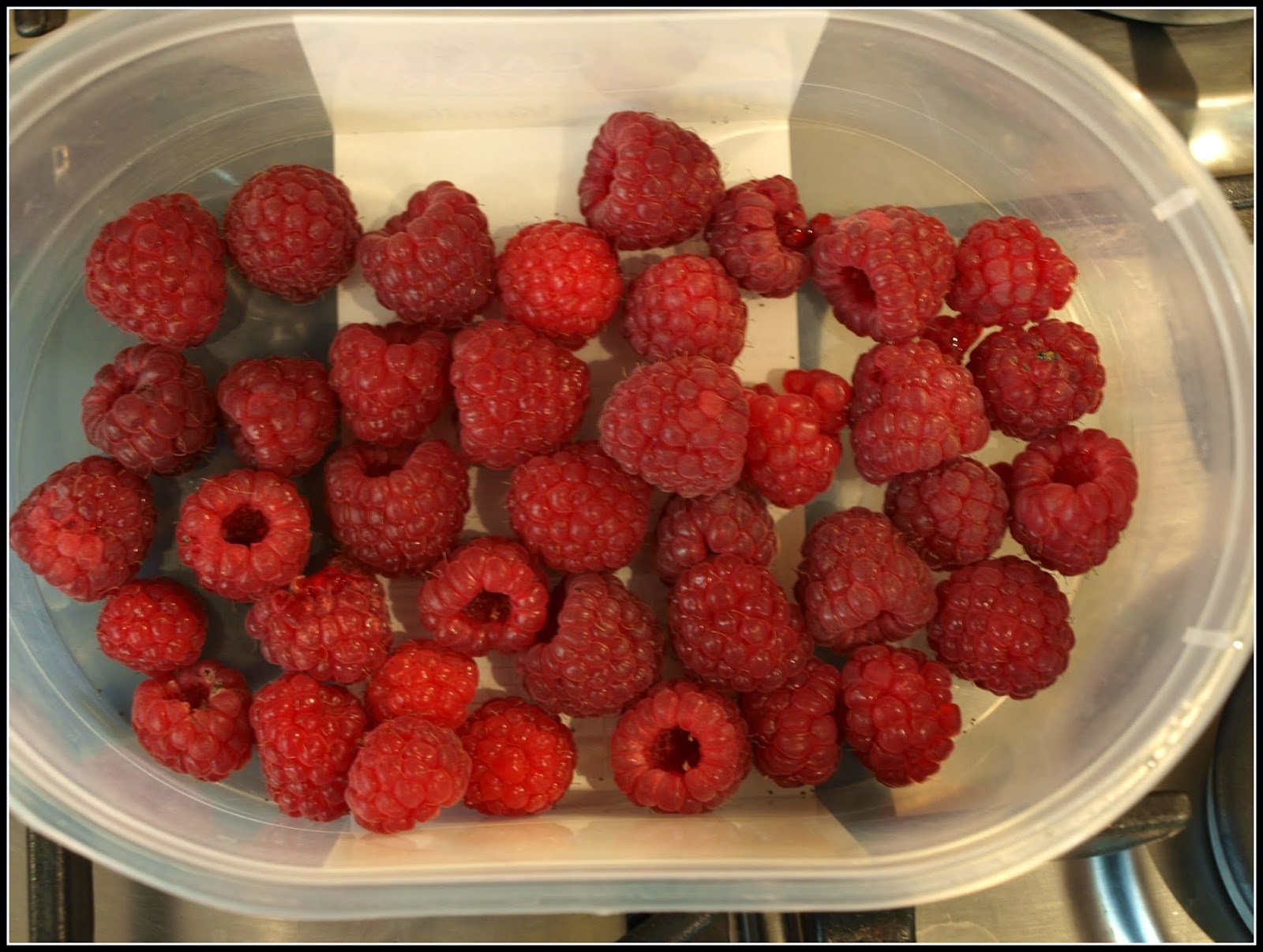 Looking back at all this, I feel very smug! It feels so satisfying to bring in such a varied harvest. It makes all the hard work at other times of the year seem so much more worthwhile.
Posted by Mark Willis at 12:00