Wildlife in my garden

Take a close look at these two little twigs: 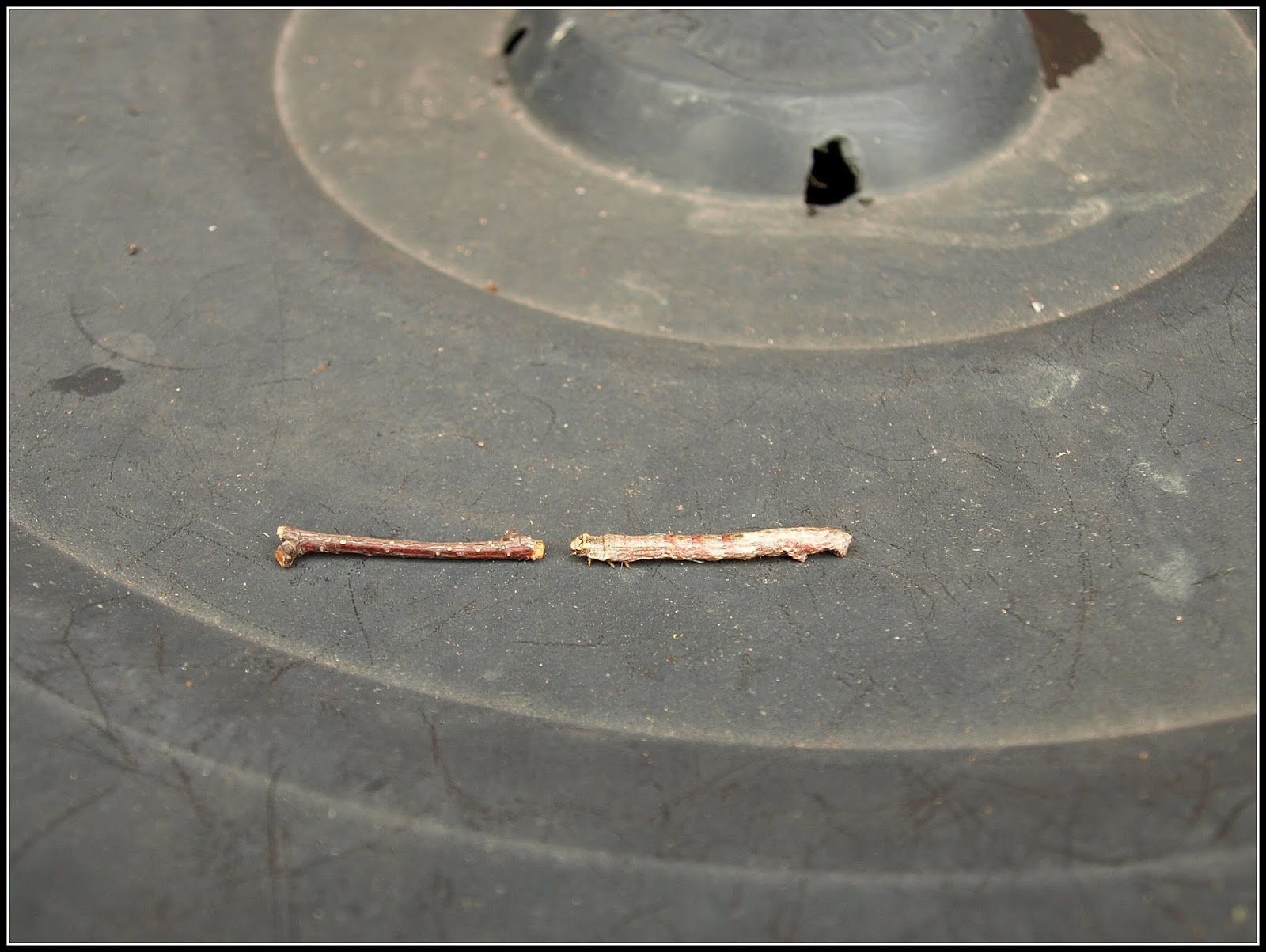 It's just that one of them isn't a twig! 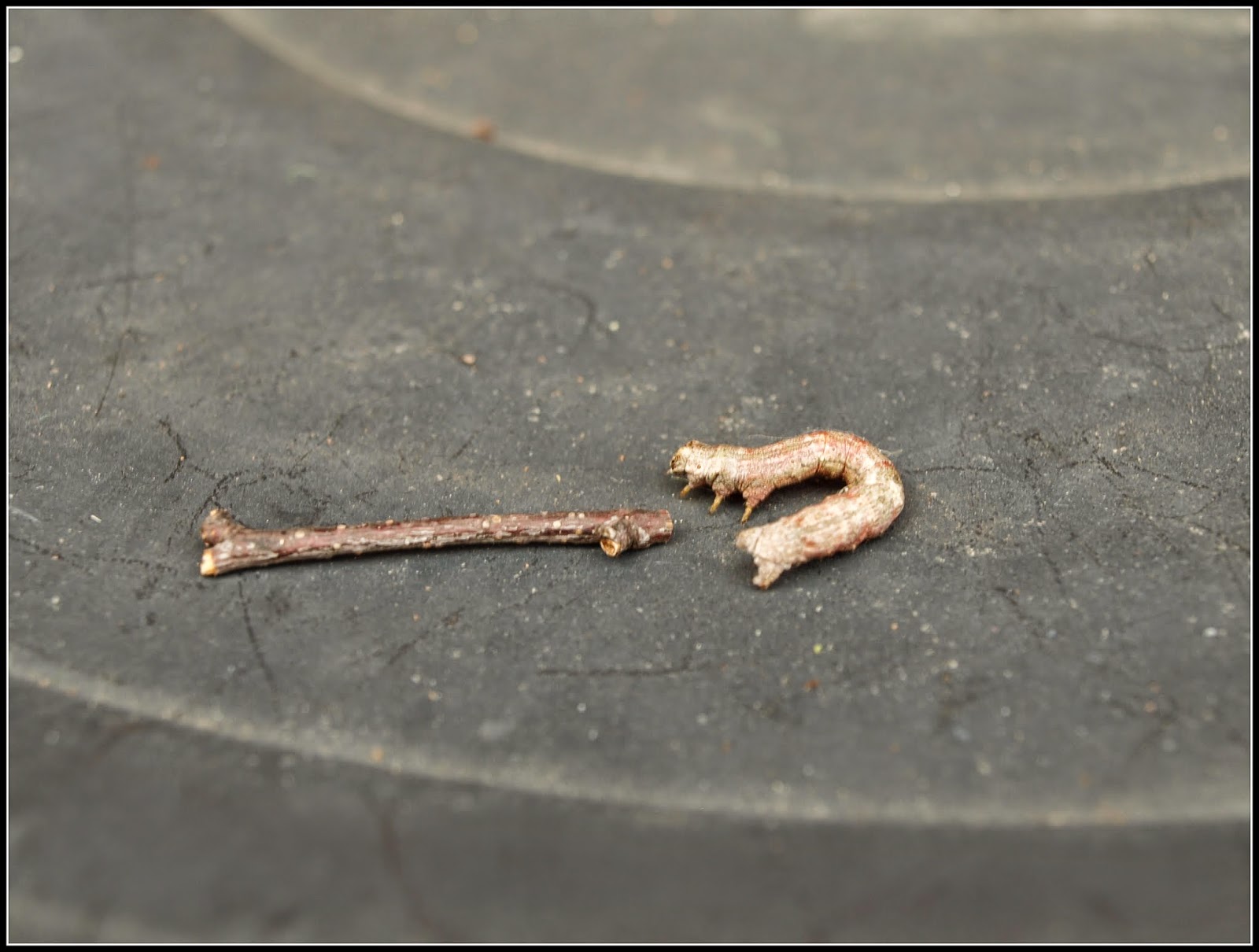 That's pretty good camouflage, I reckon.  OK, all you knowledgeable people out there, what is it??

This one is a bit easier to identify: 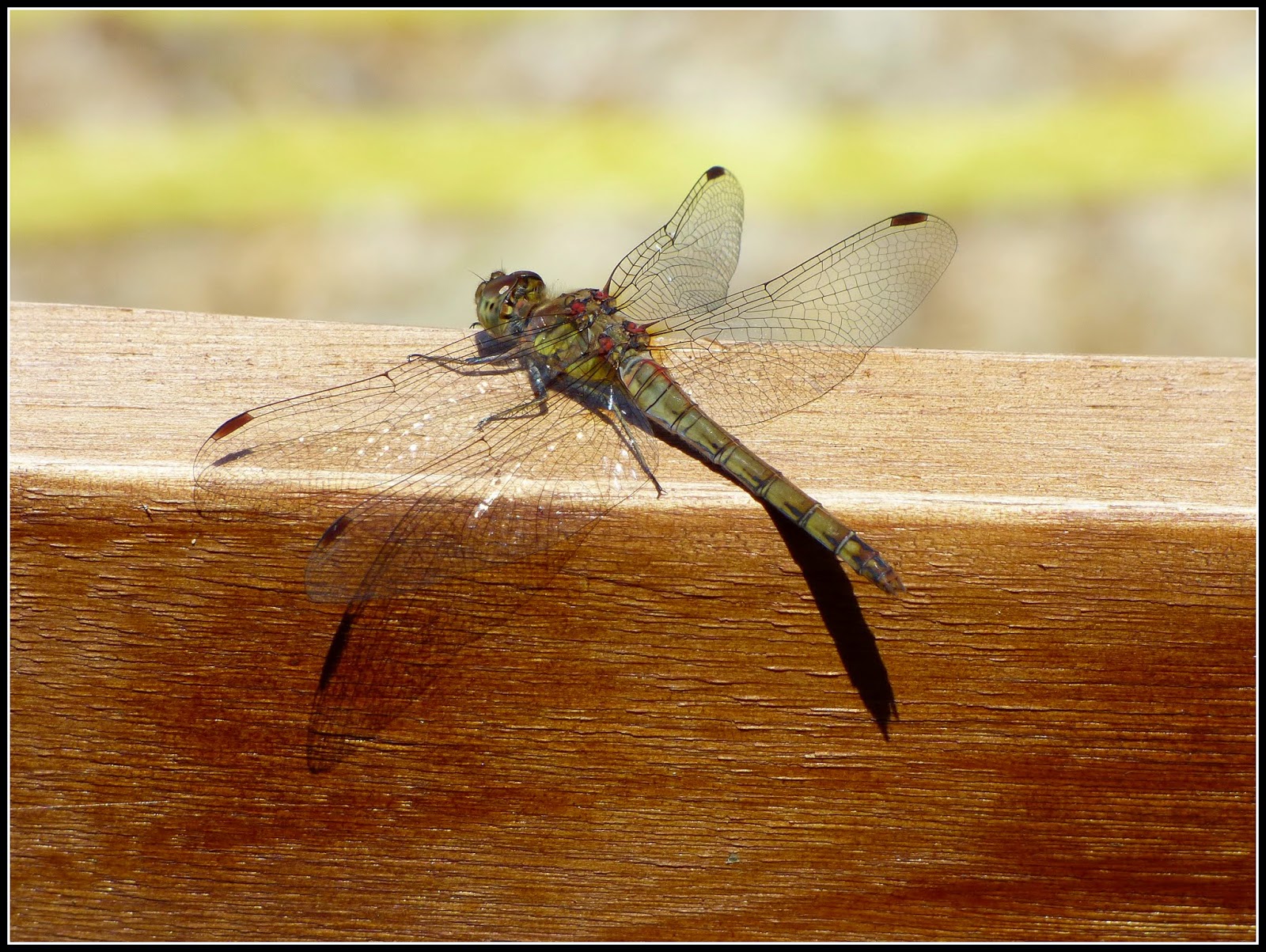 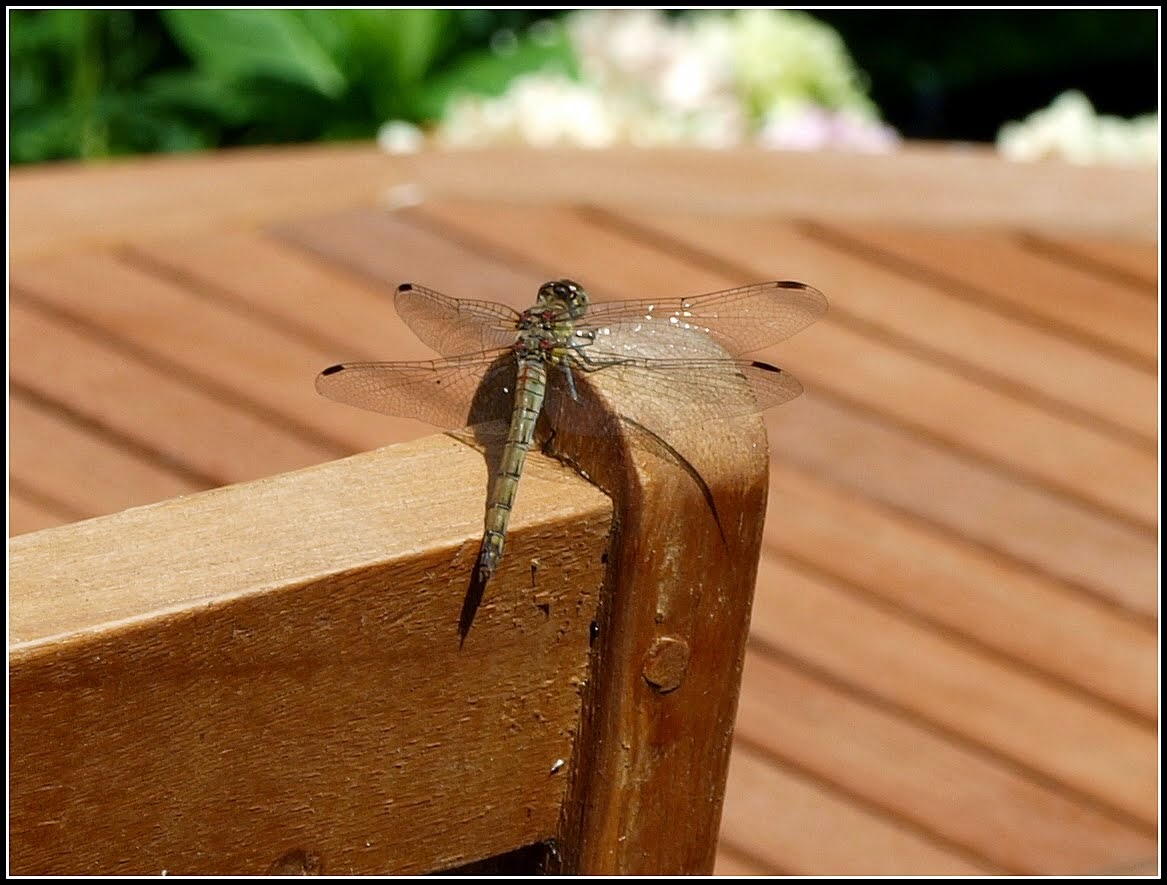 So this one (photographed in May this year) is a Damselfly: 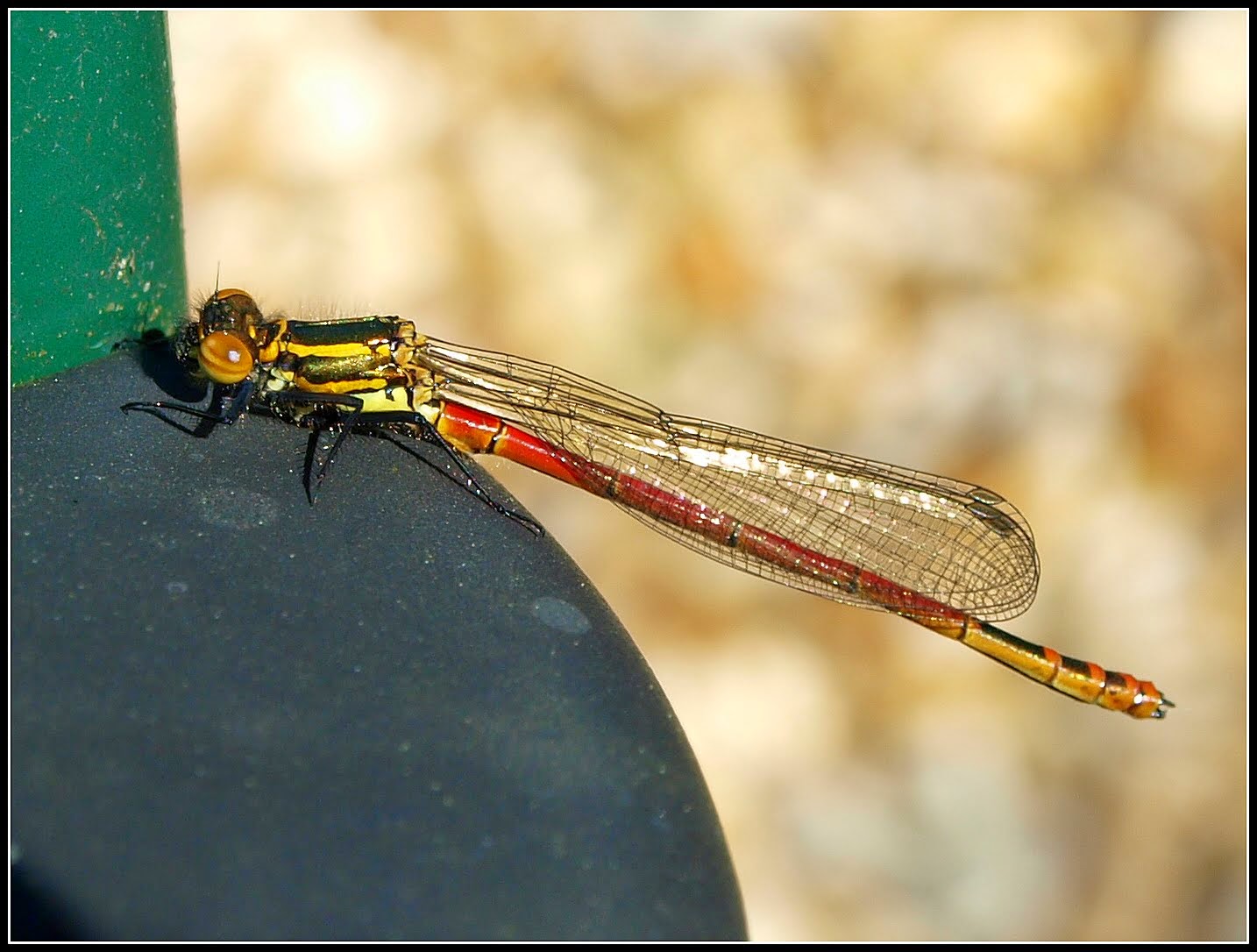 The Dragonfly I saw this week obligingly spent several minutes sunning itself on a garden chair, giving me plenty of time to go and get my camera, and get shots from many different angles. They don't usually do that. 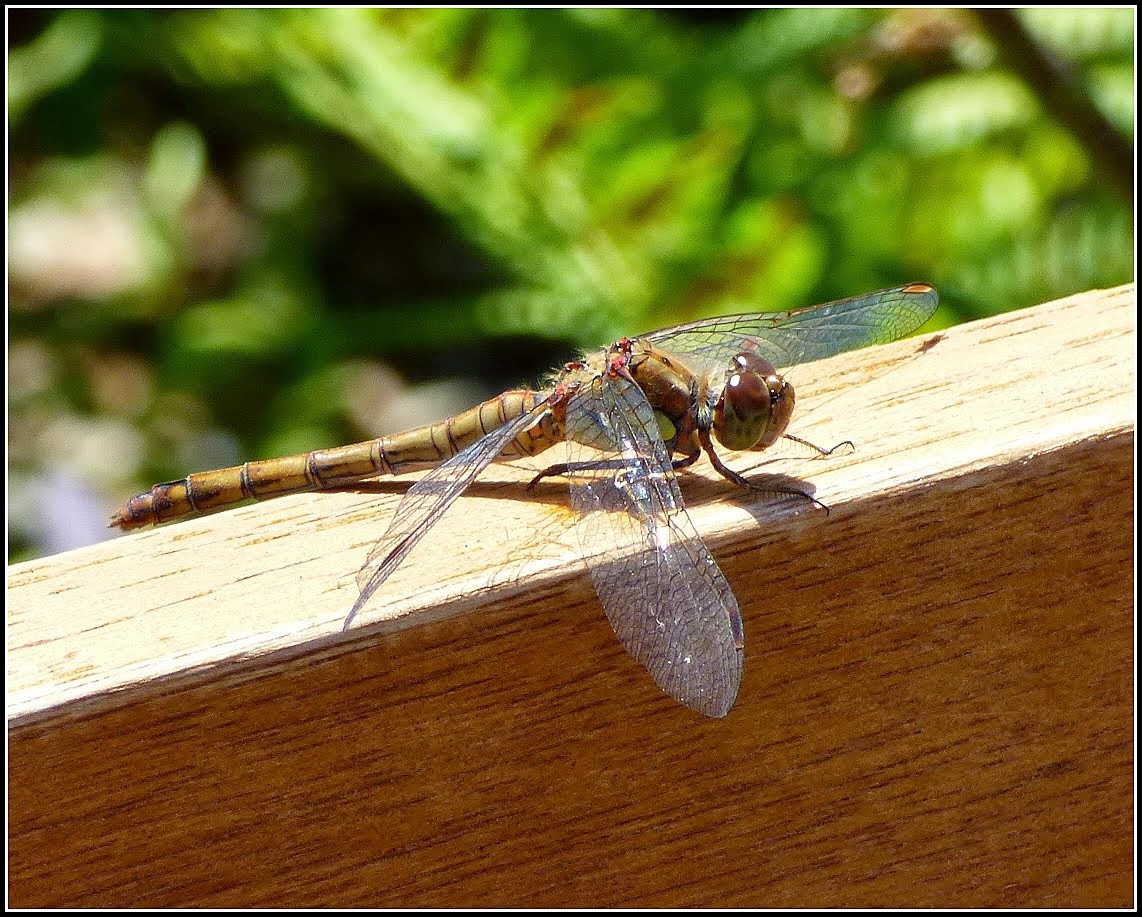 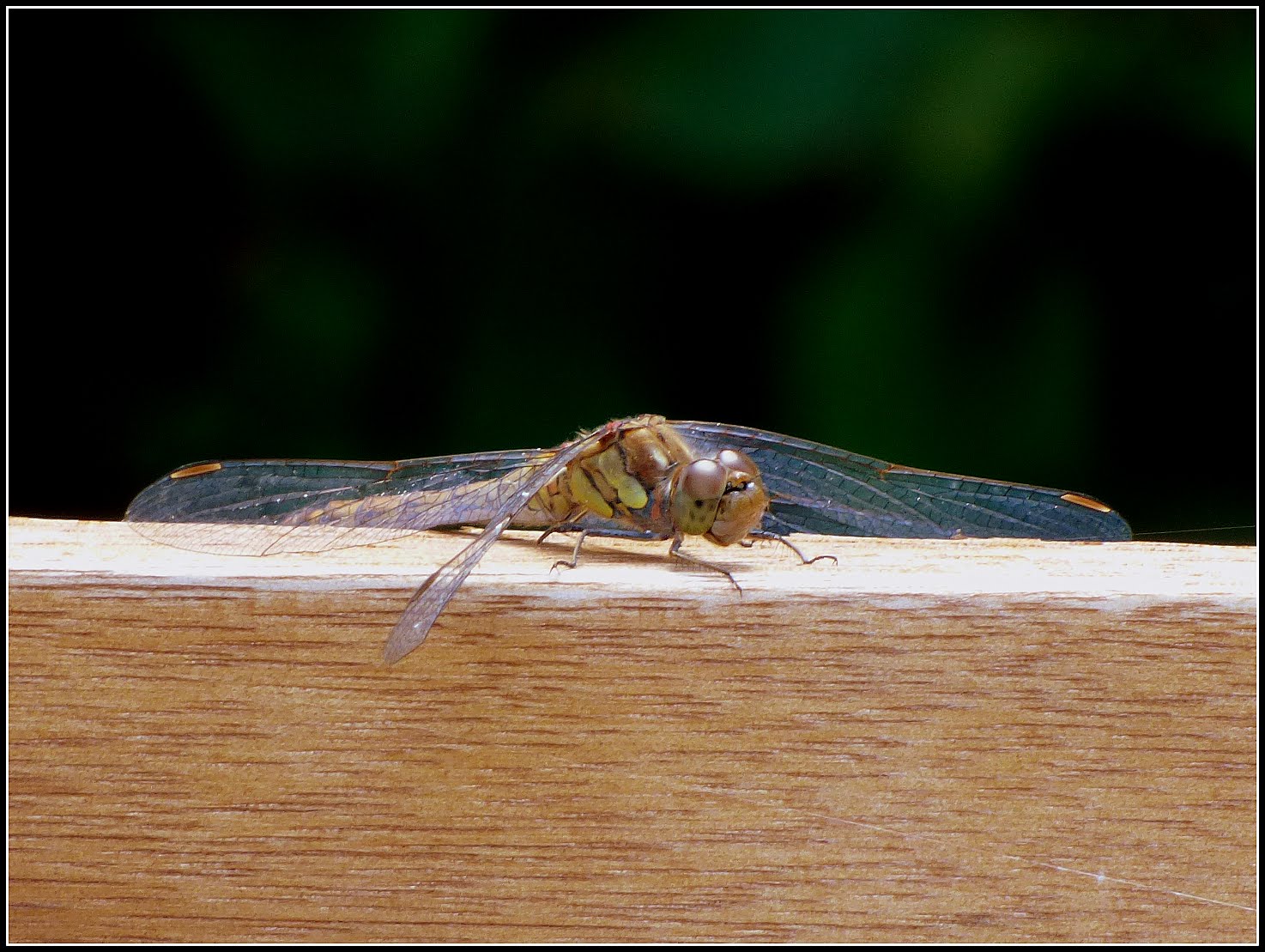 Other "beasties" seen this week included this, which I think is a Hoverfly of some sort: 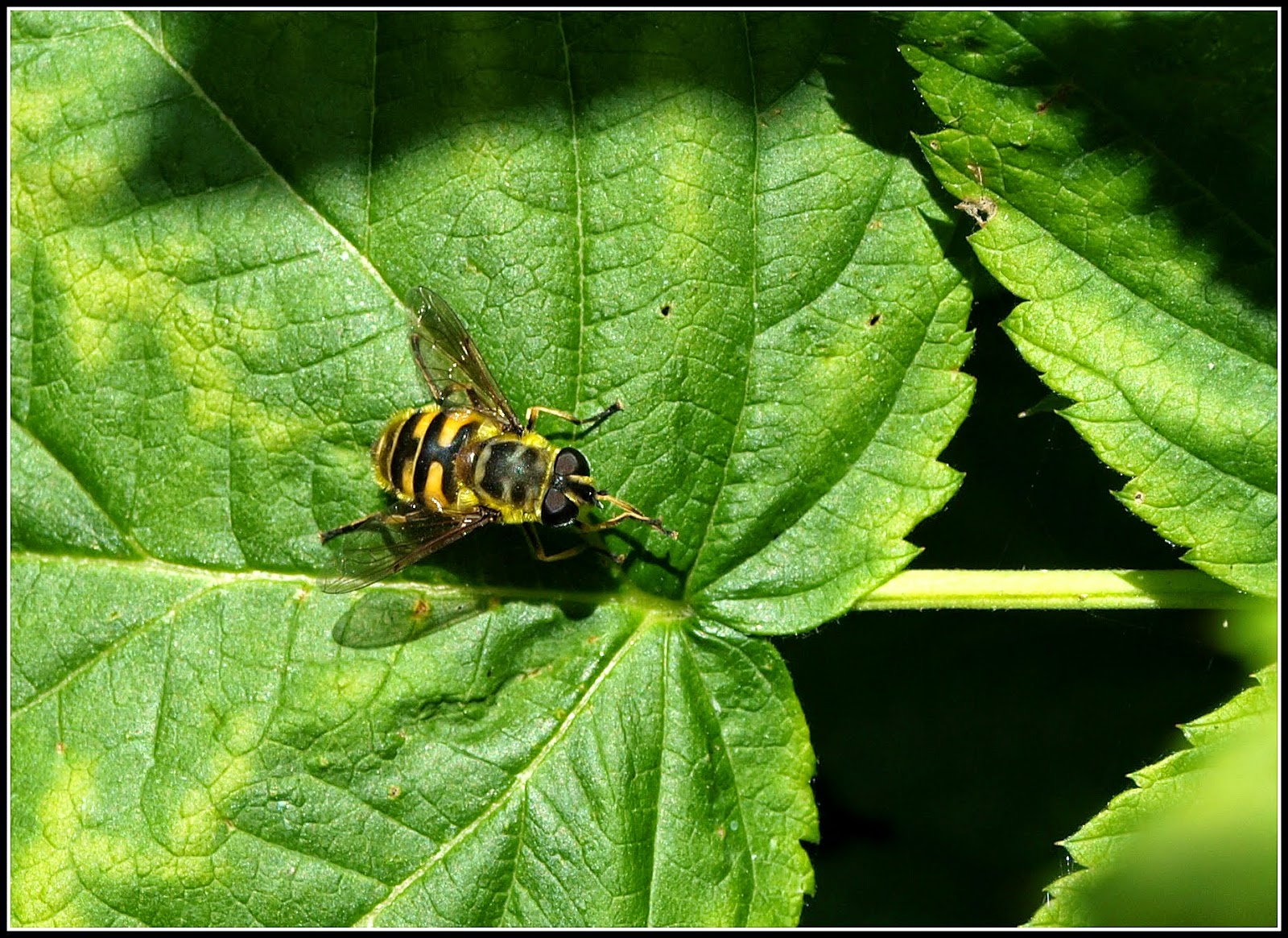 And this more common honey bee, seen here burying its head in a Scabious flower: 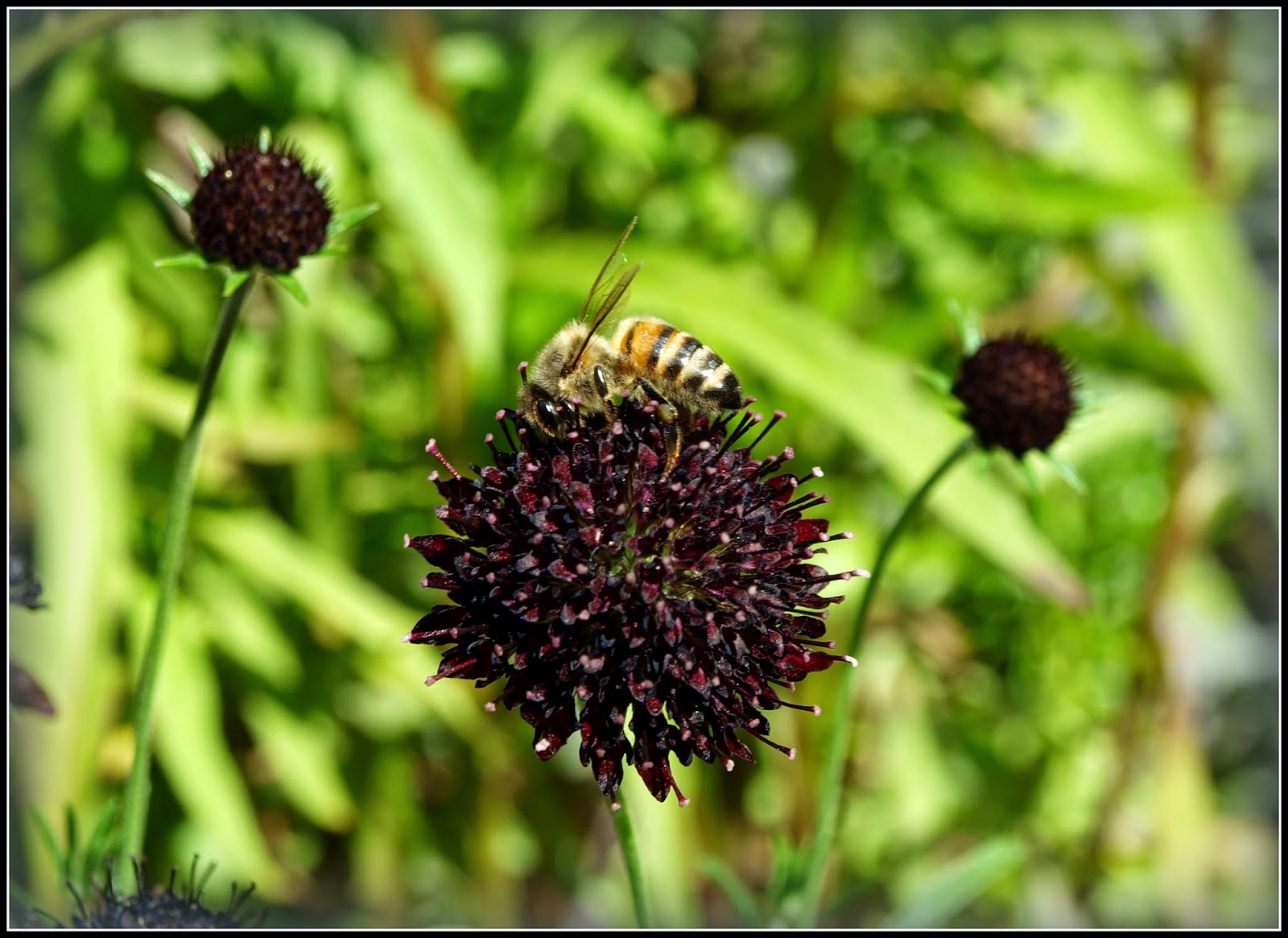 And this one, enjoying some Oregano: 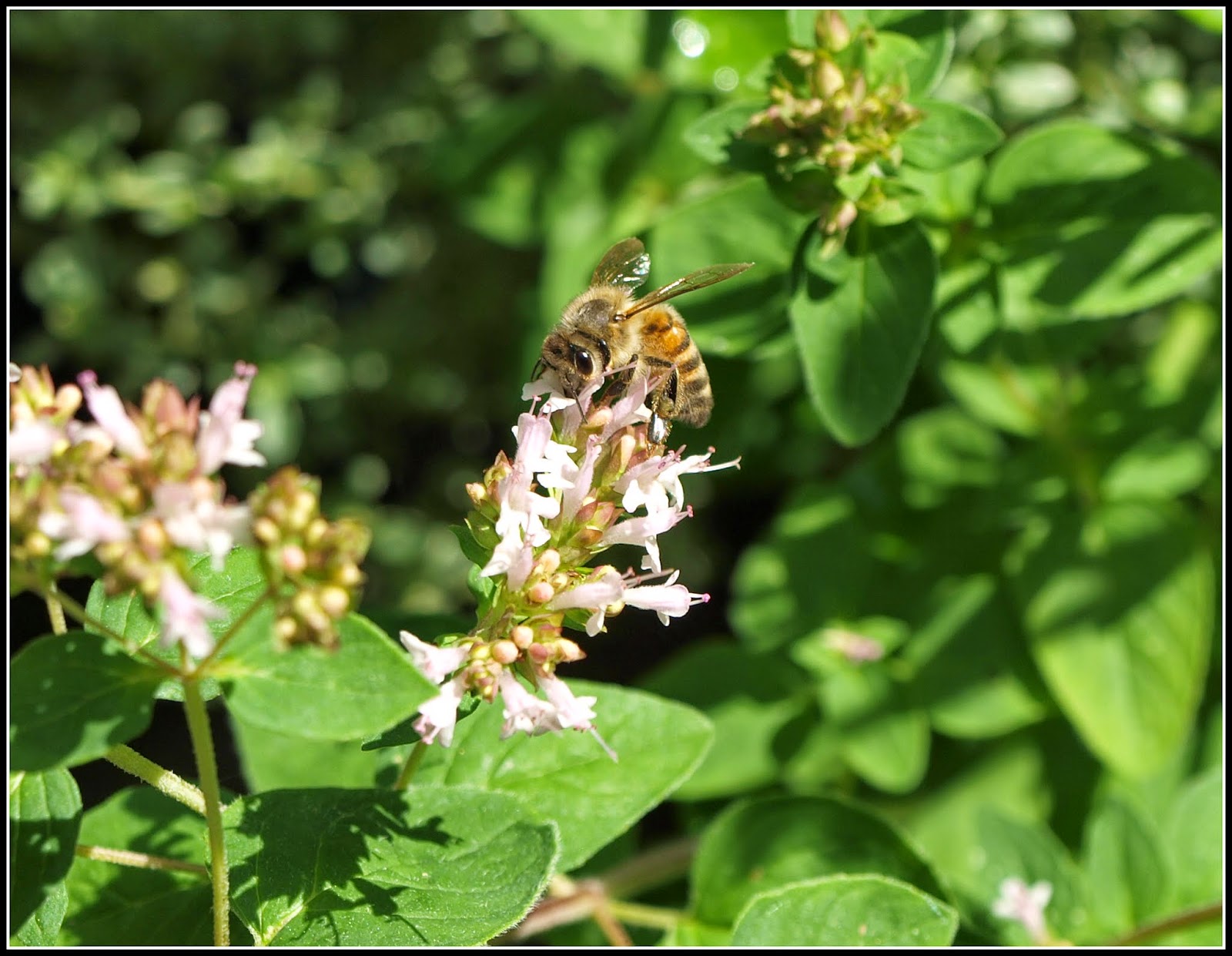 I have not had as many butterflies in the garden as I would like, but (apart from the inevitable Cabbage Whites) there have been the odd few Commas, Tortoiseshells and (like this one) Peacocks: 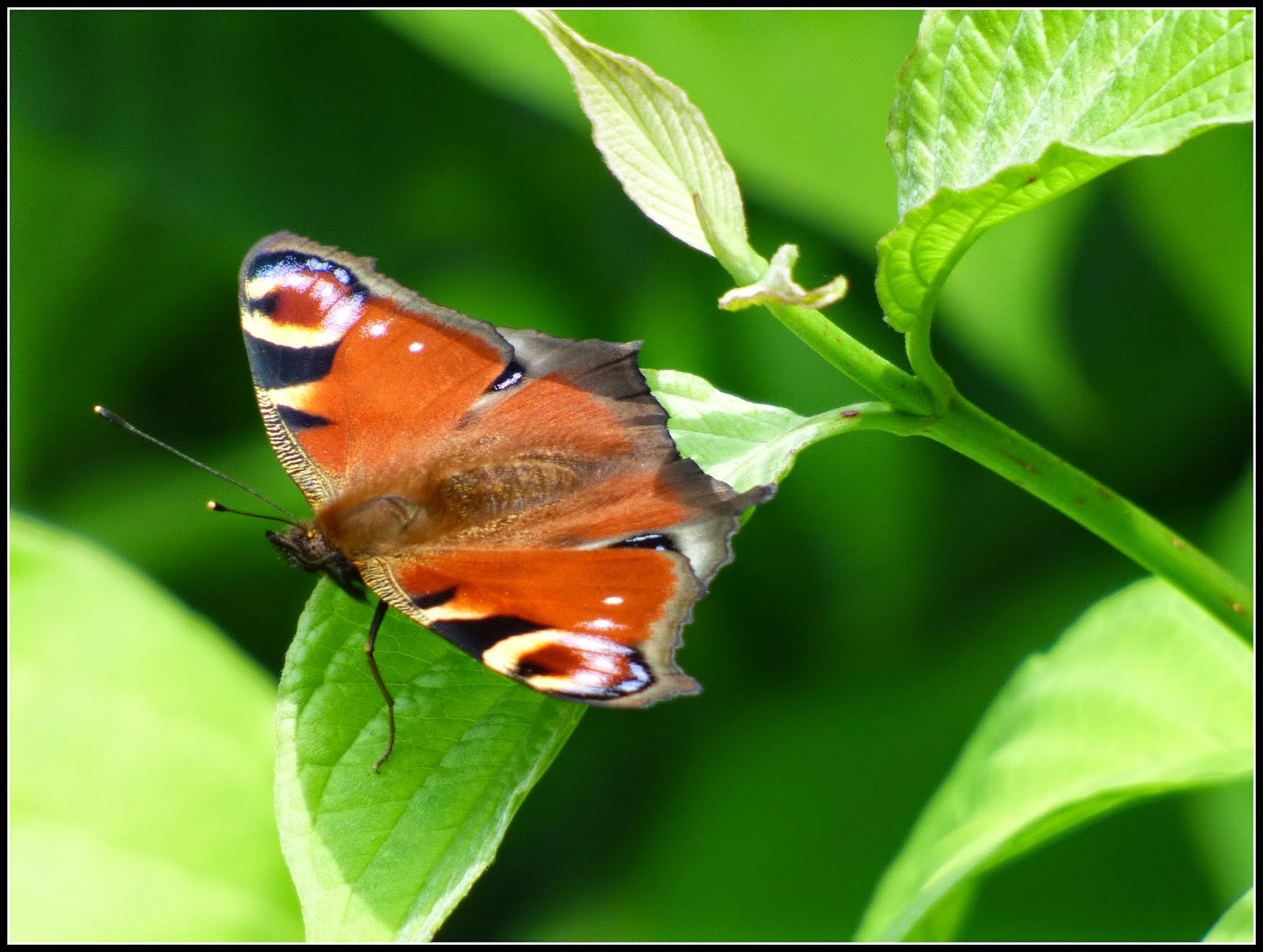 Finally - and I know some of you will have seen this before - a Sparrowhawk. 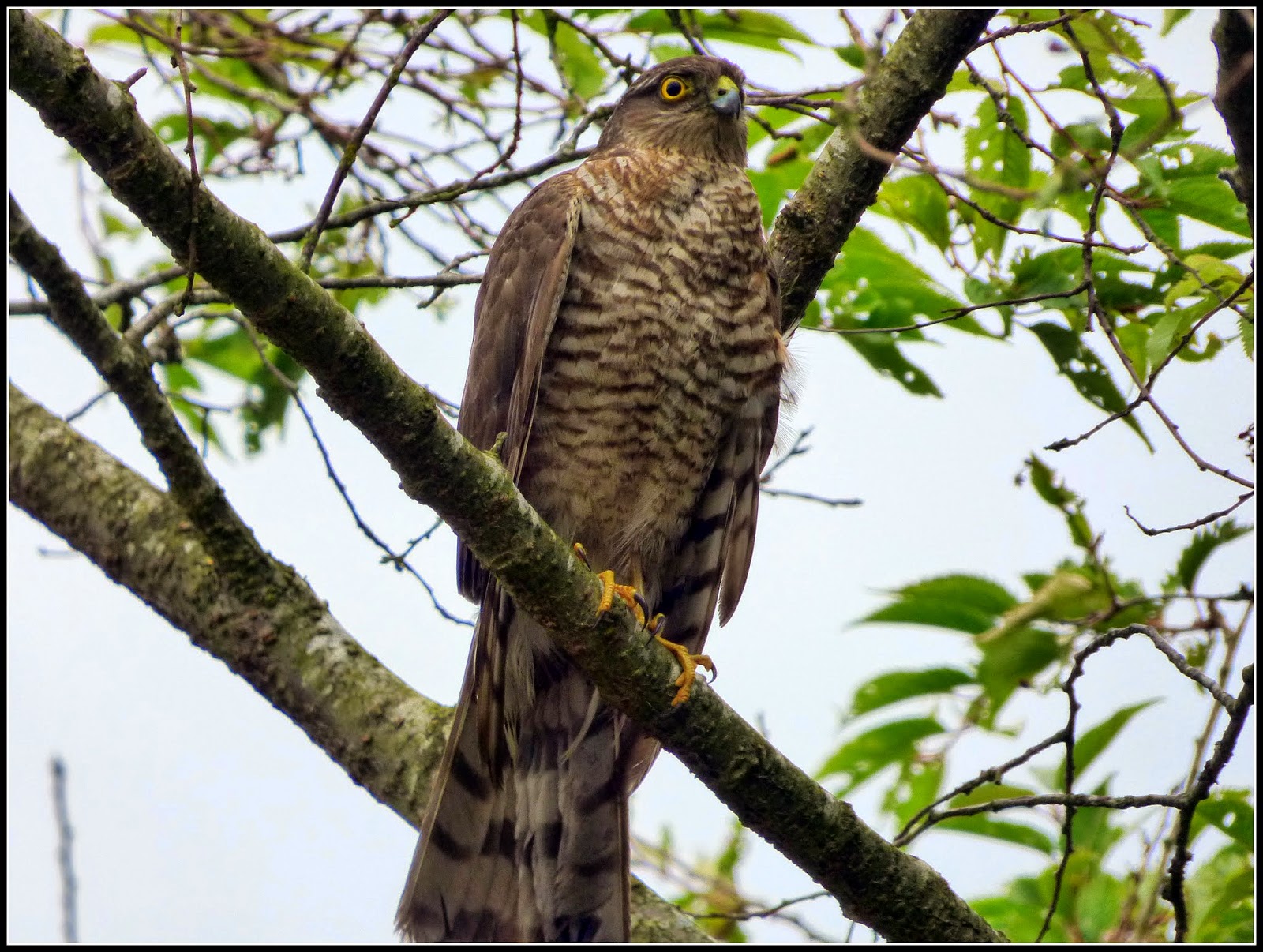 This is a First for me; I've never seen one of these so close-up before. A handsome, but on this occasion angry, bird! It had just failed to take a prey bird, which escaped by hiding in my big Bay tree. After sitting for a few minutes looking peeved, the Sparrowhawk flew away, and its prey survived. 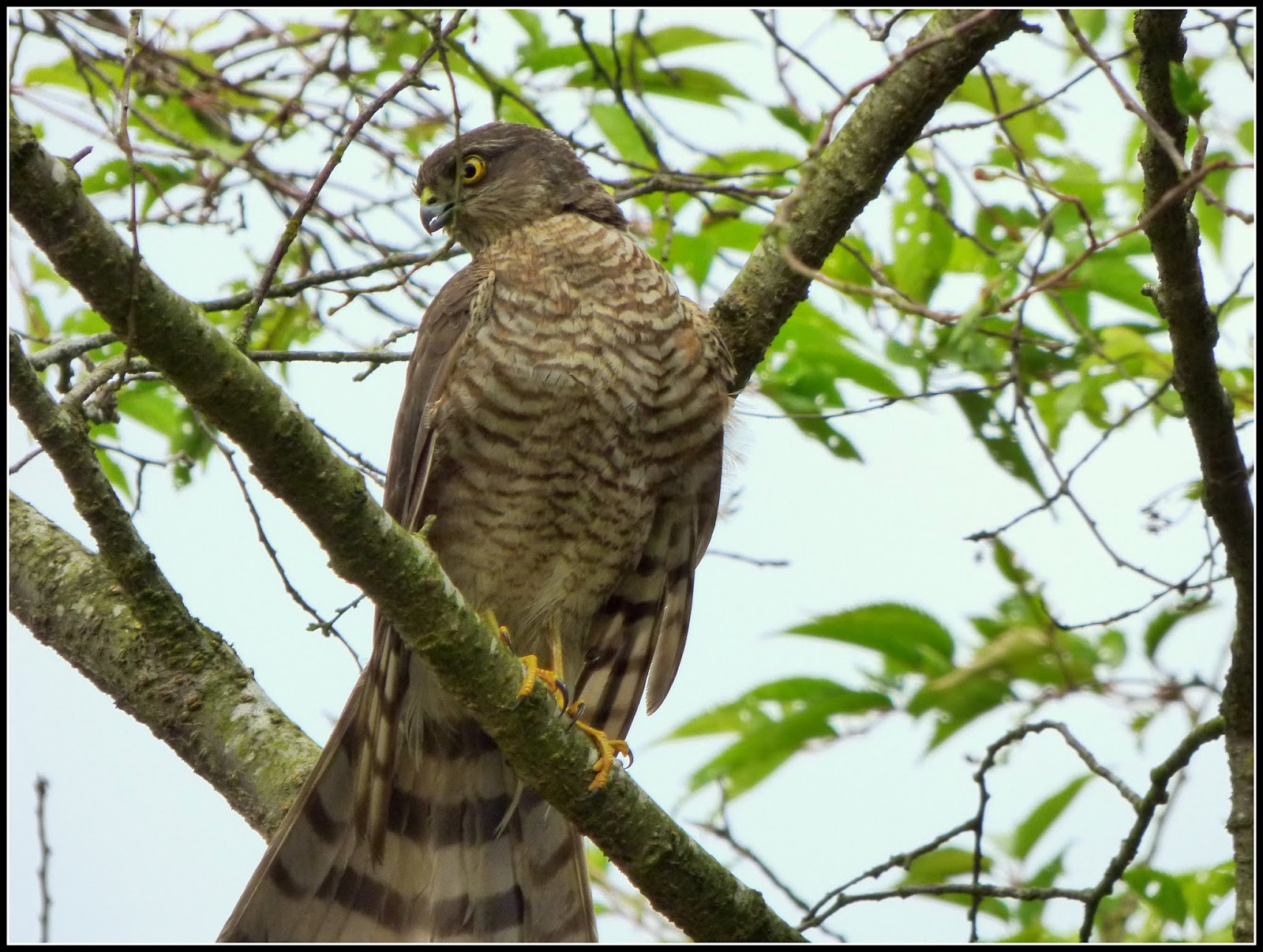