My "Iznik F1" cucumber plants are past their first flush of youth! 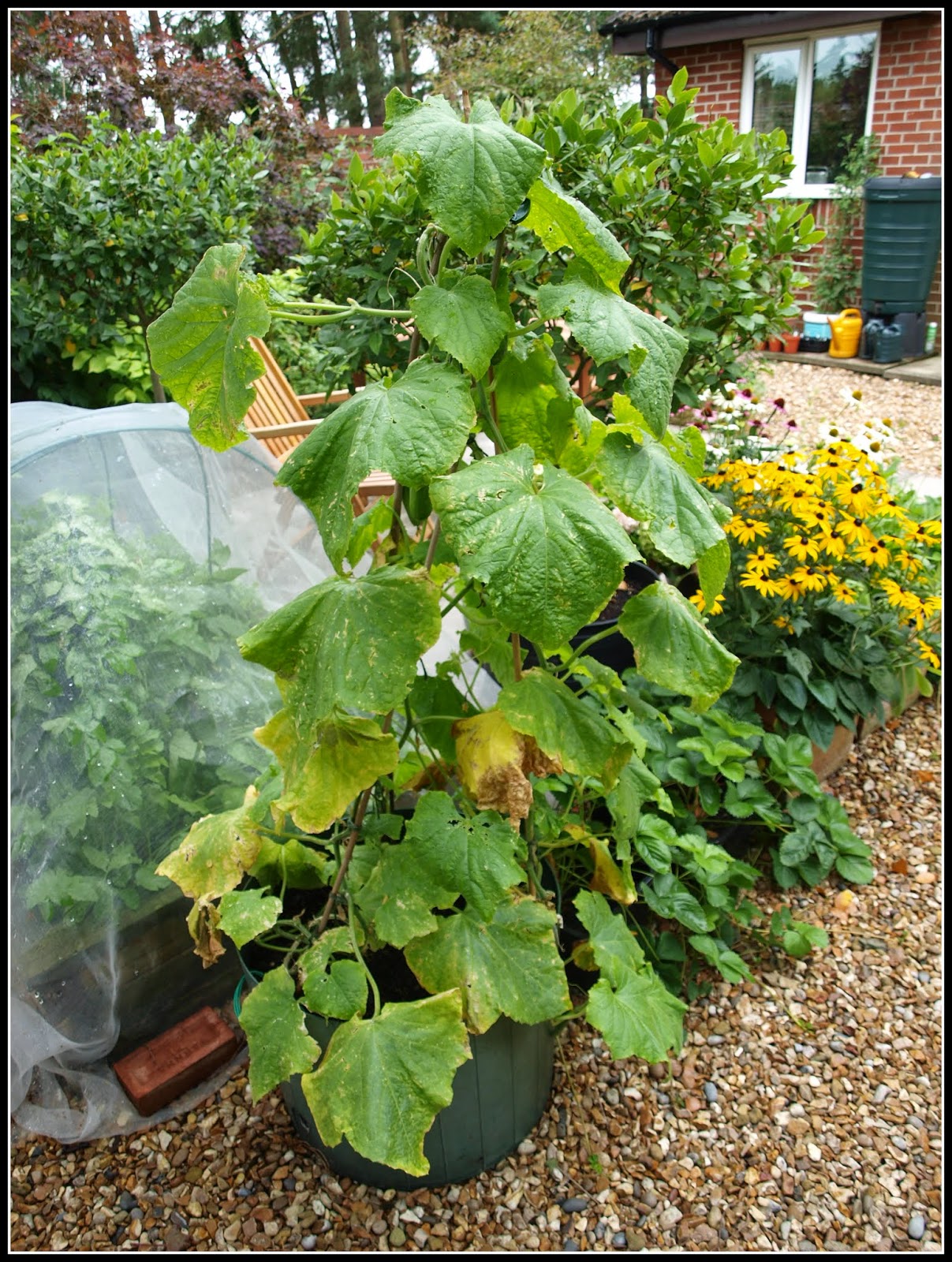 From a distance, you would say that those plants (there are three of them) are definitely past it, but underneath the tatty leaves there are still some nice cucumbers coming on: 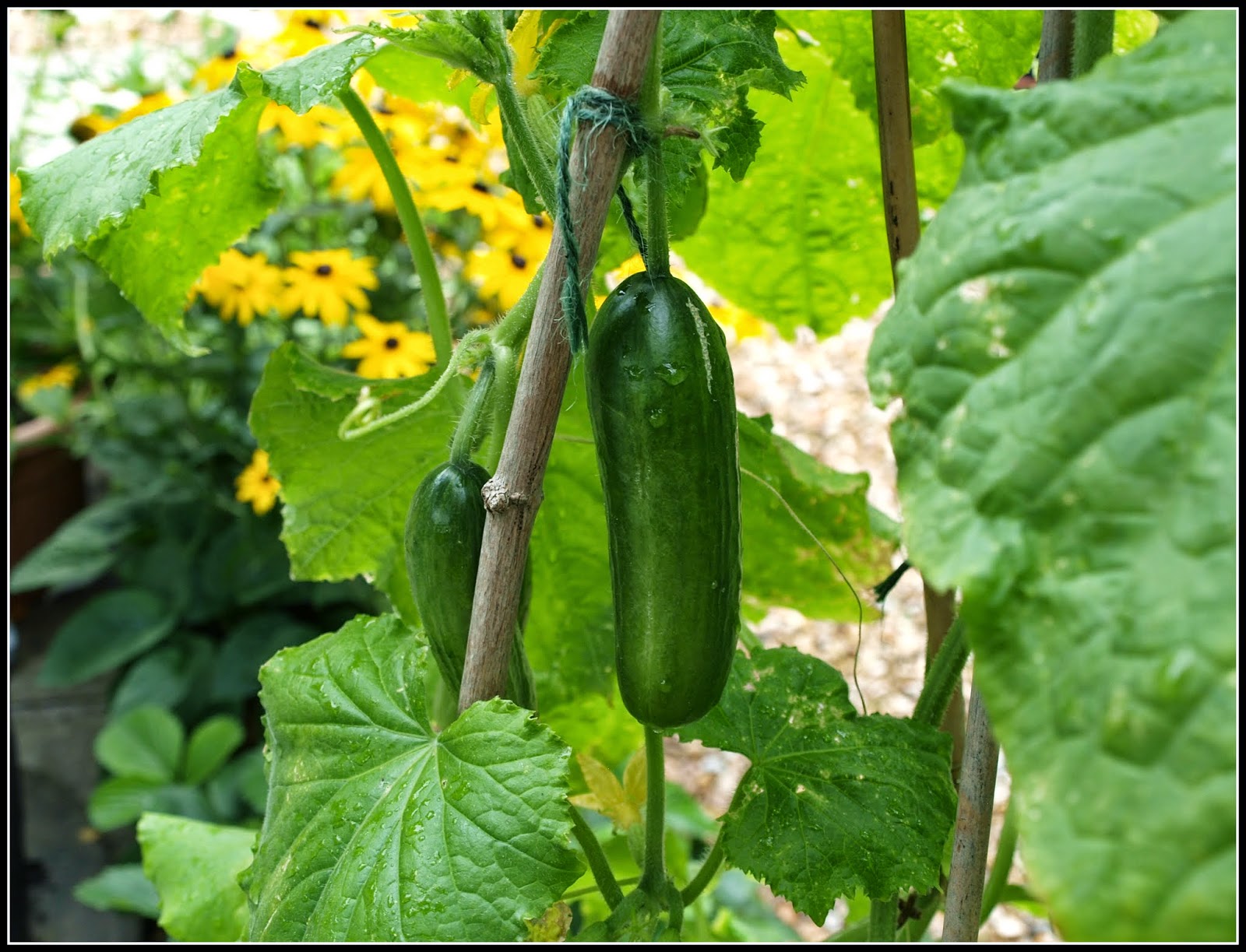 This one is a particularly fine specimen. They have not all been as straight and regular as this. 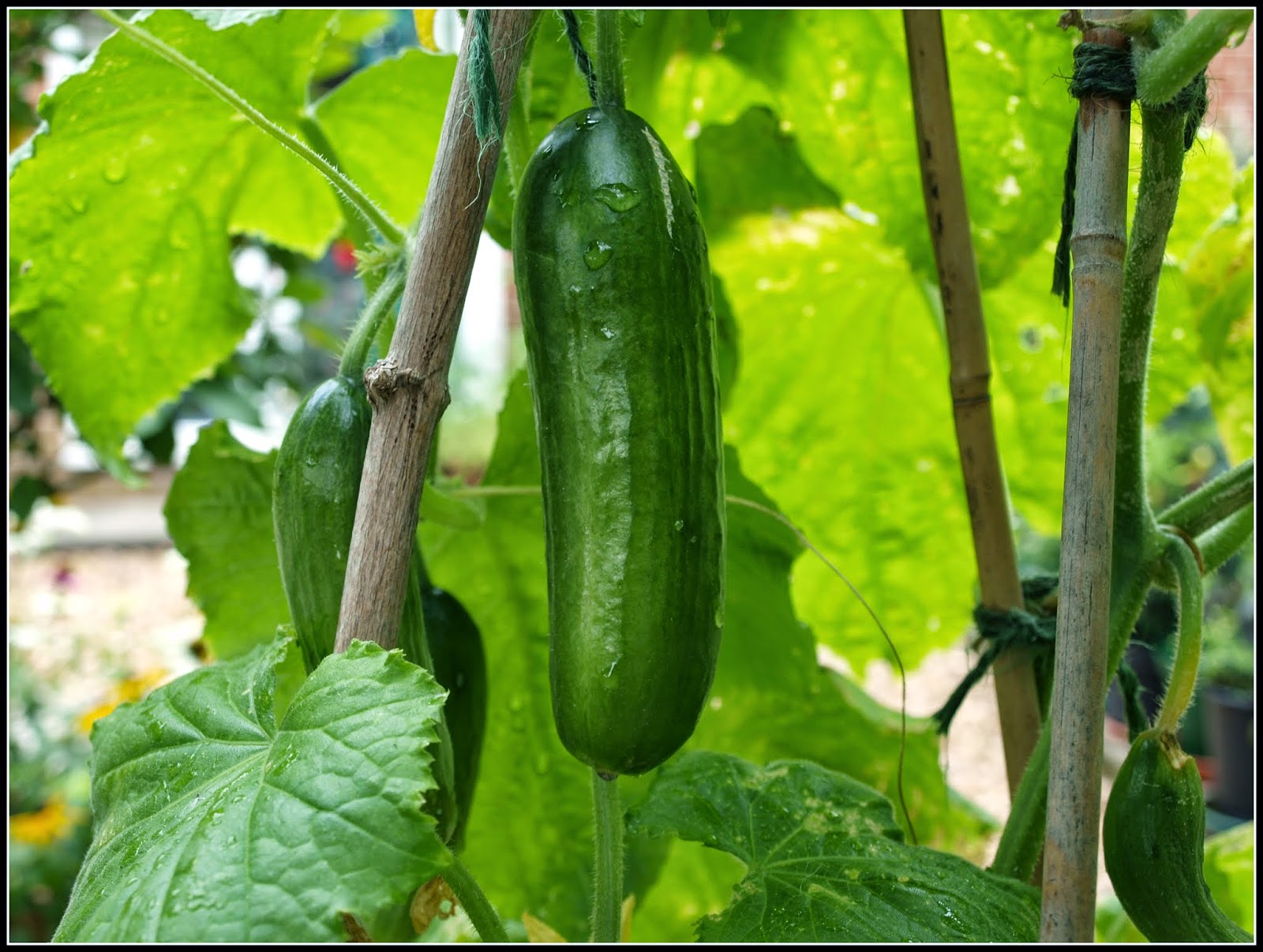 One of the plants is much smaller than the other two, because its seed was sown much later, at a point when I feared the two bigger ones would not survive. This has proved to be very advantageous, since the late-comer is just beginning to produce its first fruits at the time when the others are beginning to fade.

The other pot has only one plant in it, but it too is not finished. Another batch of flowers and new leaves is beginning to appear in the leaf-axils. 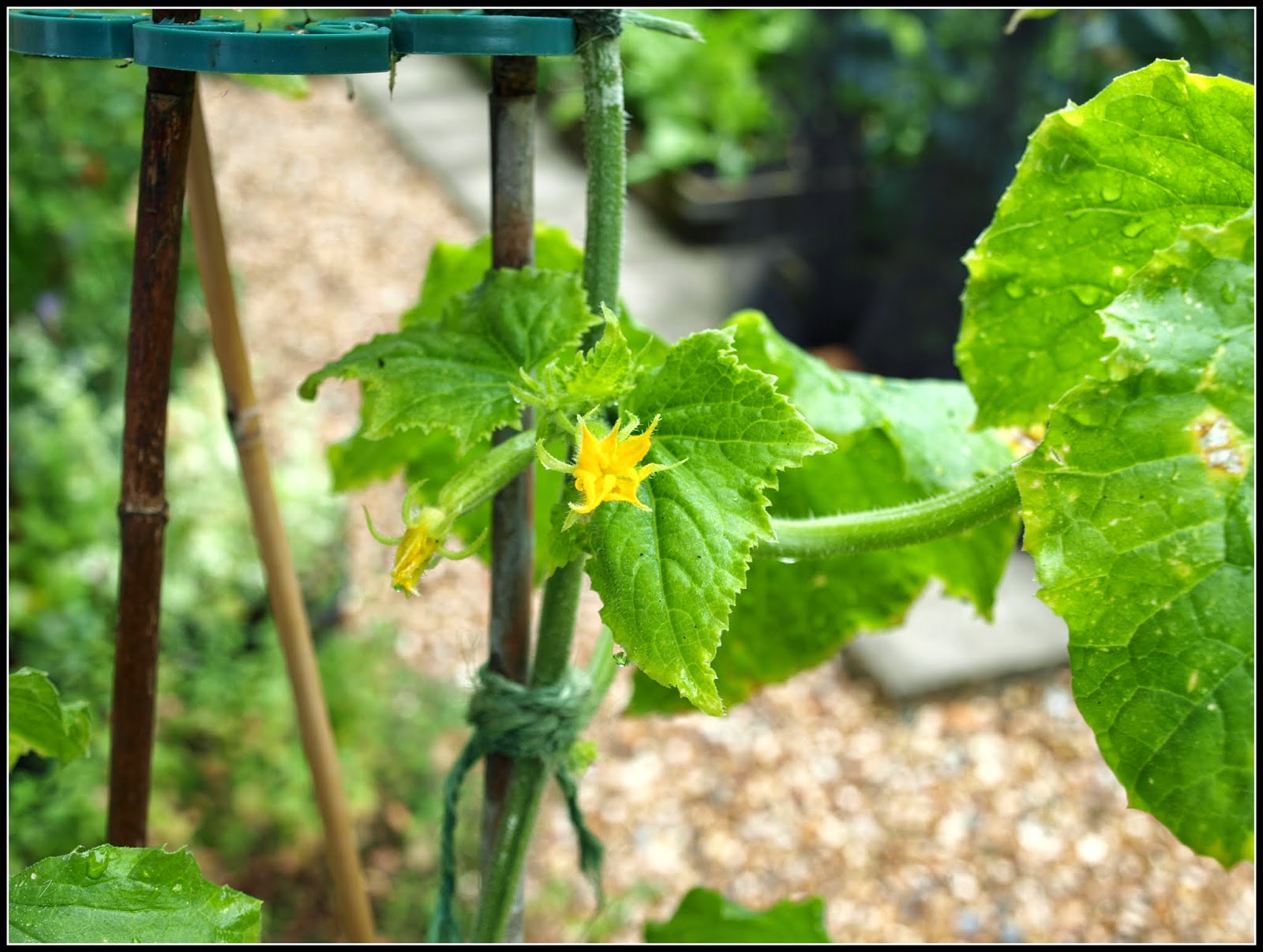 As long as the weather doesn't get too bad I expect I will be getting several more cucumbers.

I used to think it was difficult to successfully grow cucumbers outdoors in the UK, but I have changed my mind. For the last 3 years I have grown this so-called "cocktail" type and they have done very well. All 3 years I have had "Iznik F1", and last year I tried "Melen" too, but I think Iznik is better. The small (6" / 15cm) cucumbers it produces are a good size for eating at one go, and they have a nice texture - crisp and crunchy, yet refreshing at the same time. In terms of growing-space they don't take up much room either. Strongly recommended!
Posted by Mark Willis at 12:00