After all their earlier problems, the tomato plants seem to be getting a second wind. These ones are "Ferline". They look almost normal! Usually the fruits wouldn't be deeply lobed, or divided into segments like this, but other than that they look OK, don't they? 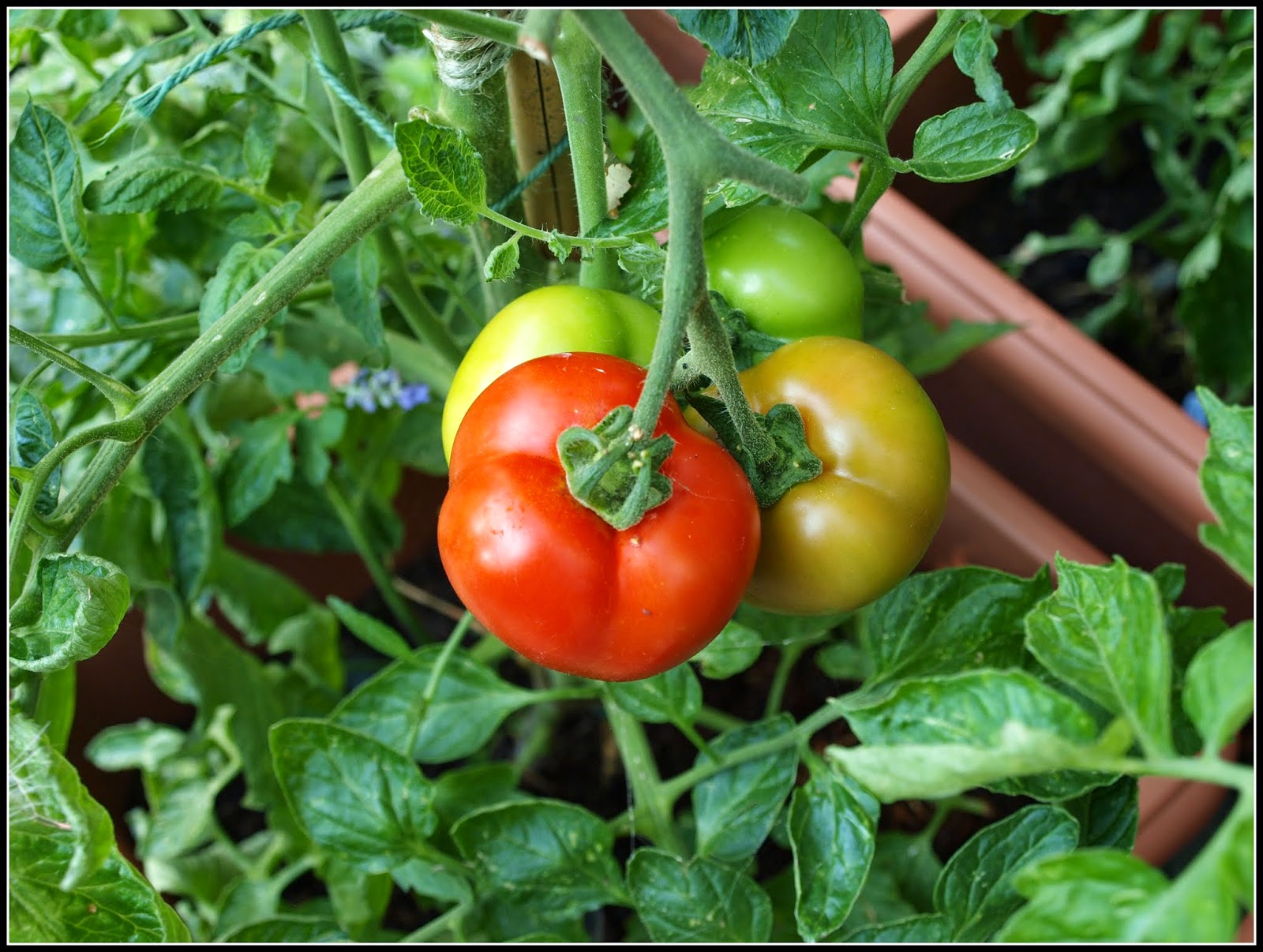 As I have previously noted, I decided not to remove the side-shoots, but to see if I could use them to get a sort of second crop. Since then most of the plants have produced a number of tall thin straggly side-shoots, which I have tied-in to the supporting canes. 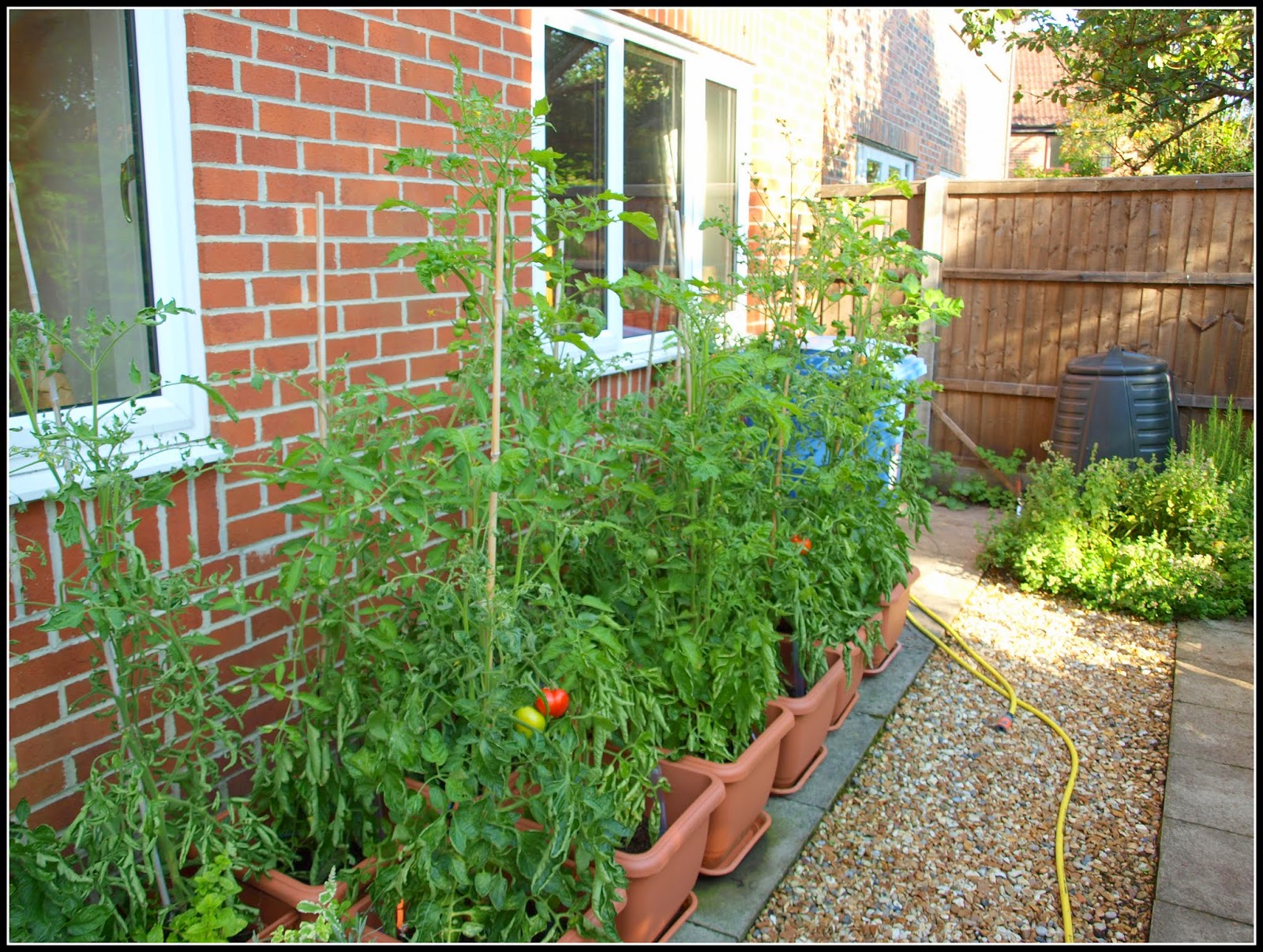 These shoots are so tall that I have had to pinch them out at approximately six feet. If I were to let them grow on, who knows how tall they would get? Now many of them are setting some trusses of fruit. 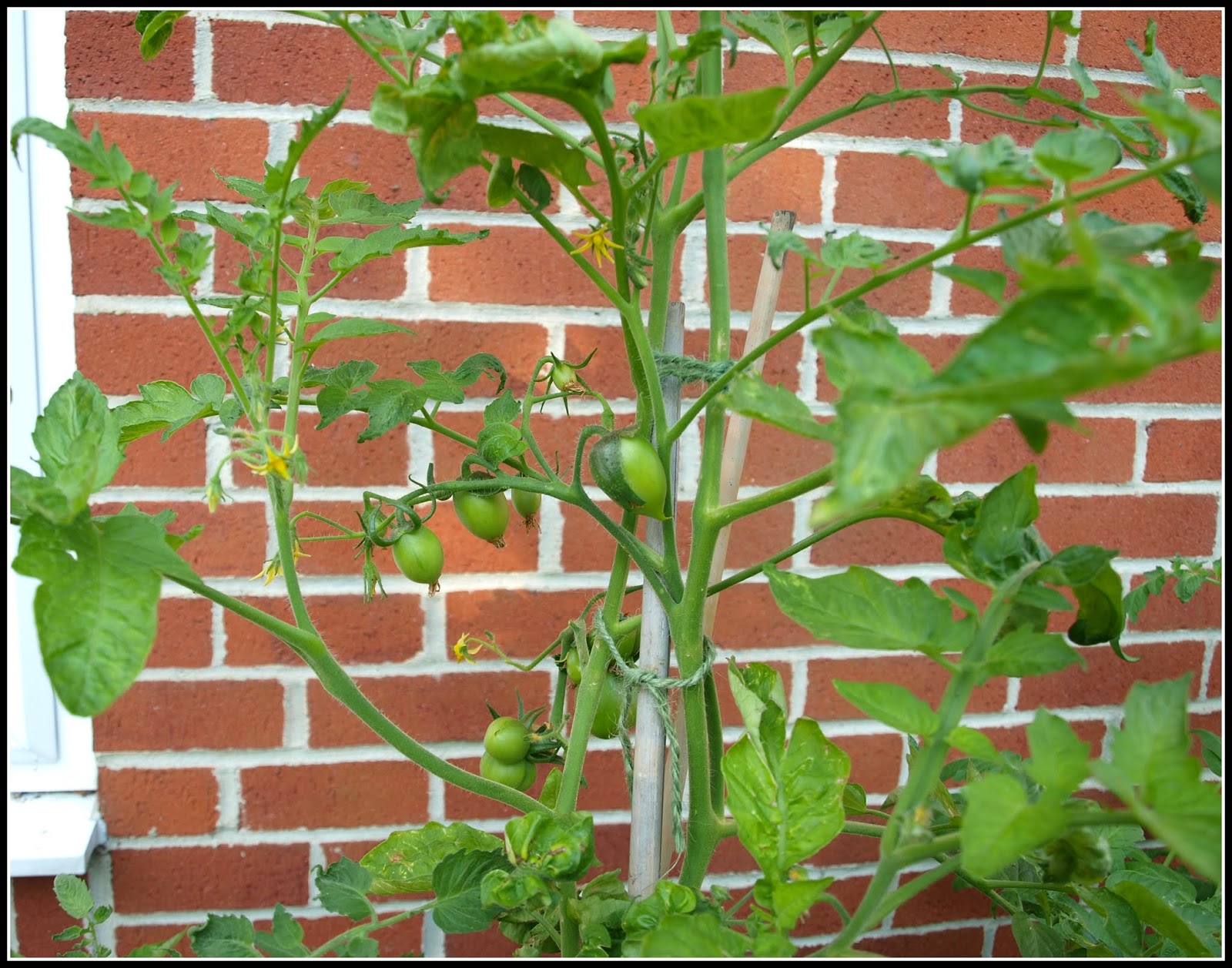 This is an "Orkado" plant. Although its fruits would normally be large and round, these ones are very plum-shaped. 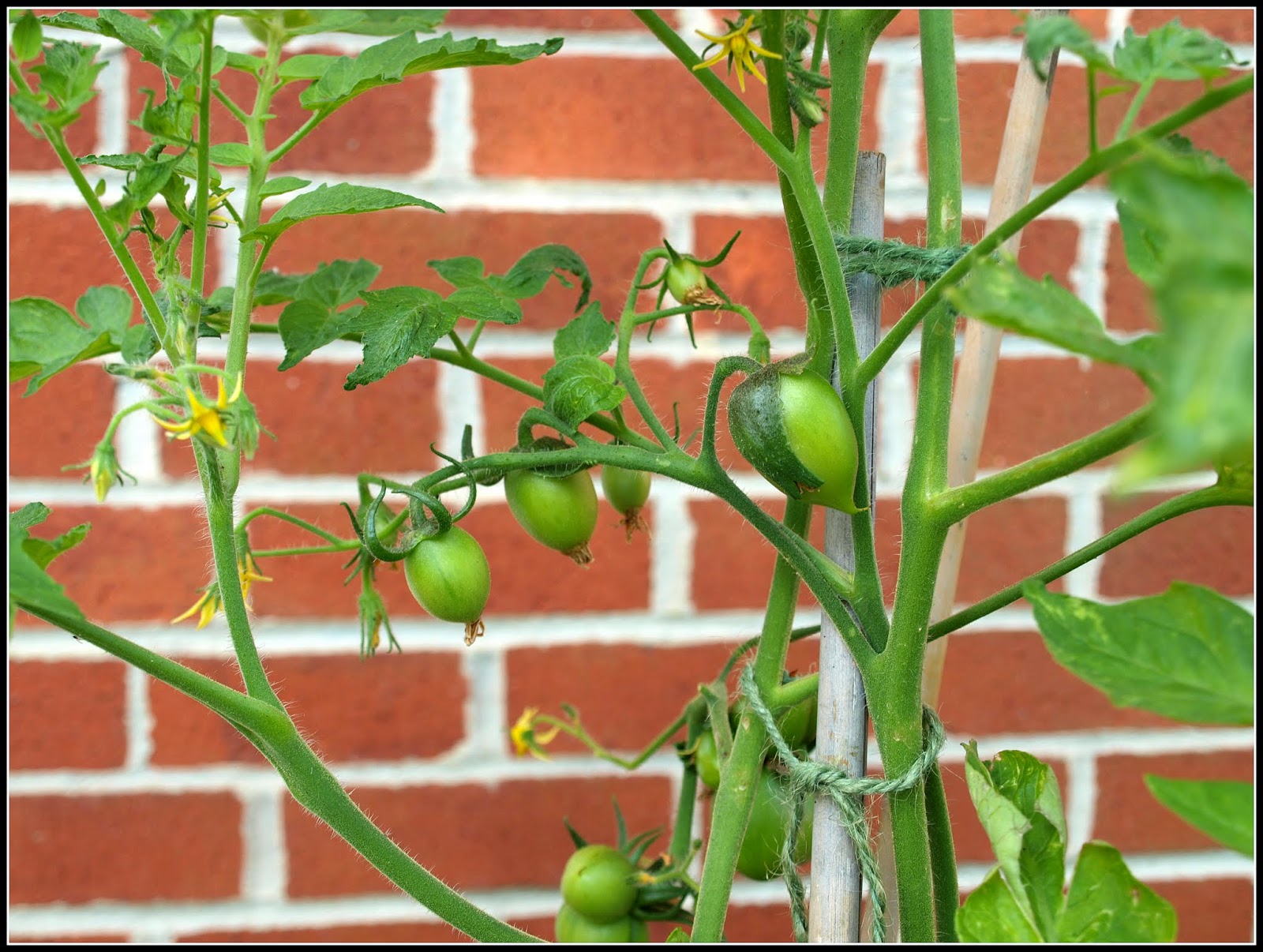 Apart from this one... 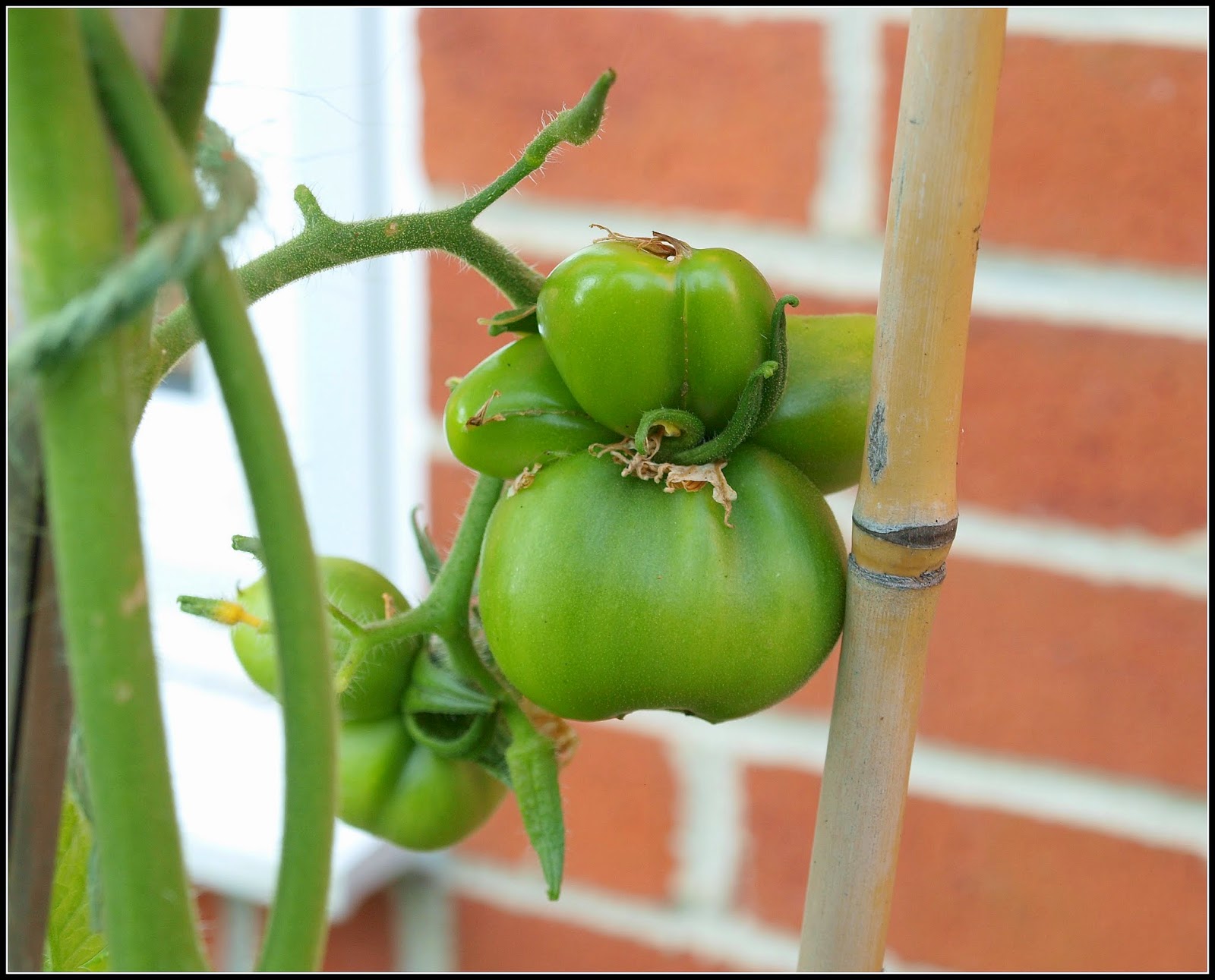 Lots of the fruits have a very pronounced point, like this: 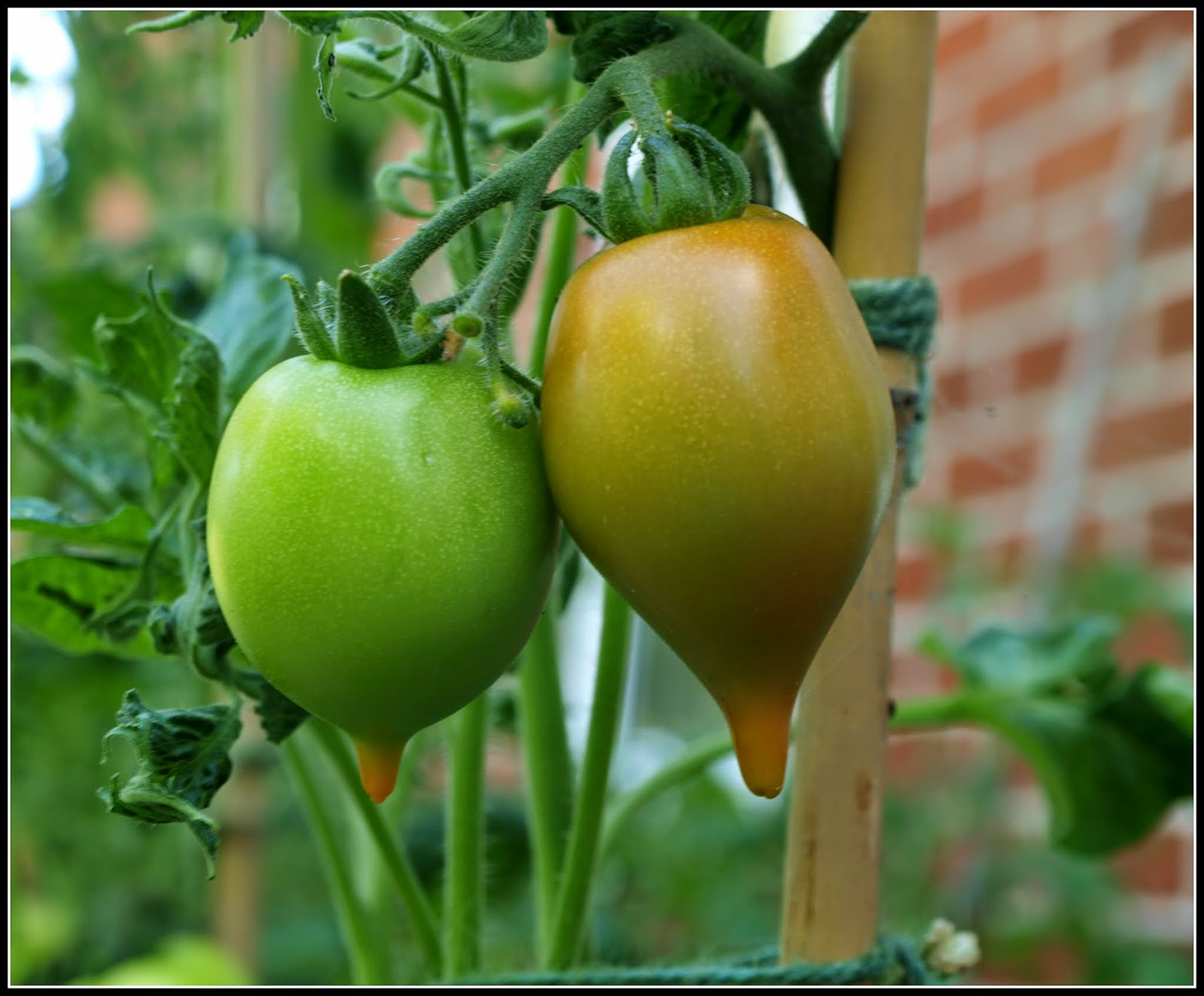 Anyway, the good news is that as long as the weather remains decent, I expect to get a fair few more tomatoes. This flower is on my "Larisa" plant. I wonder if it will mature in time? 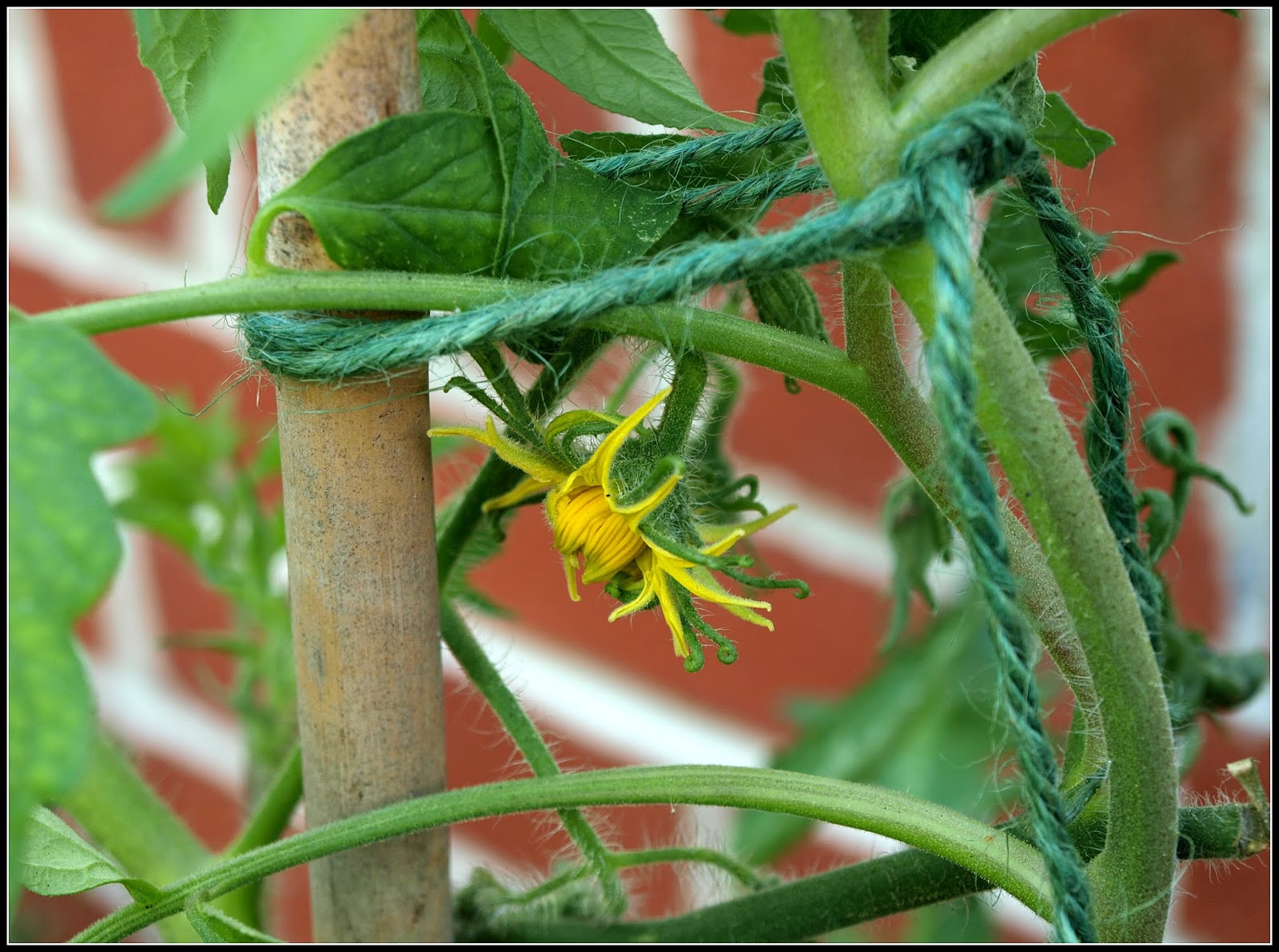 This handsome fruit is a "Dynnye" - from the "first crop" though. It's on the lowest truss. 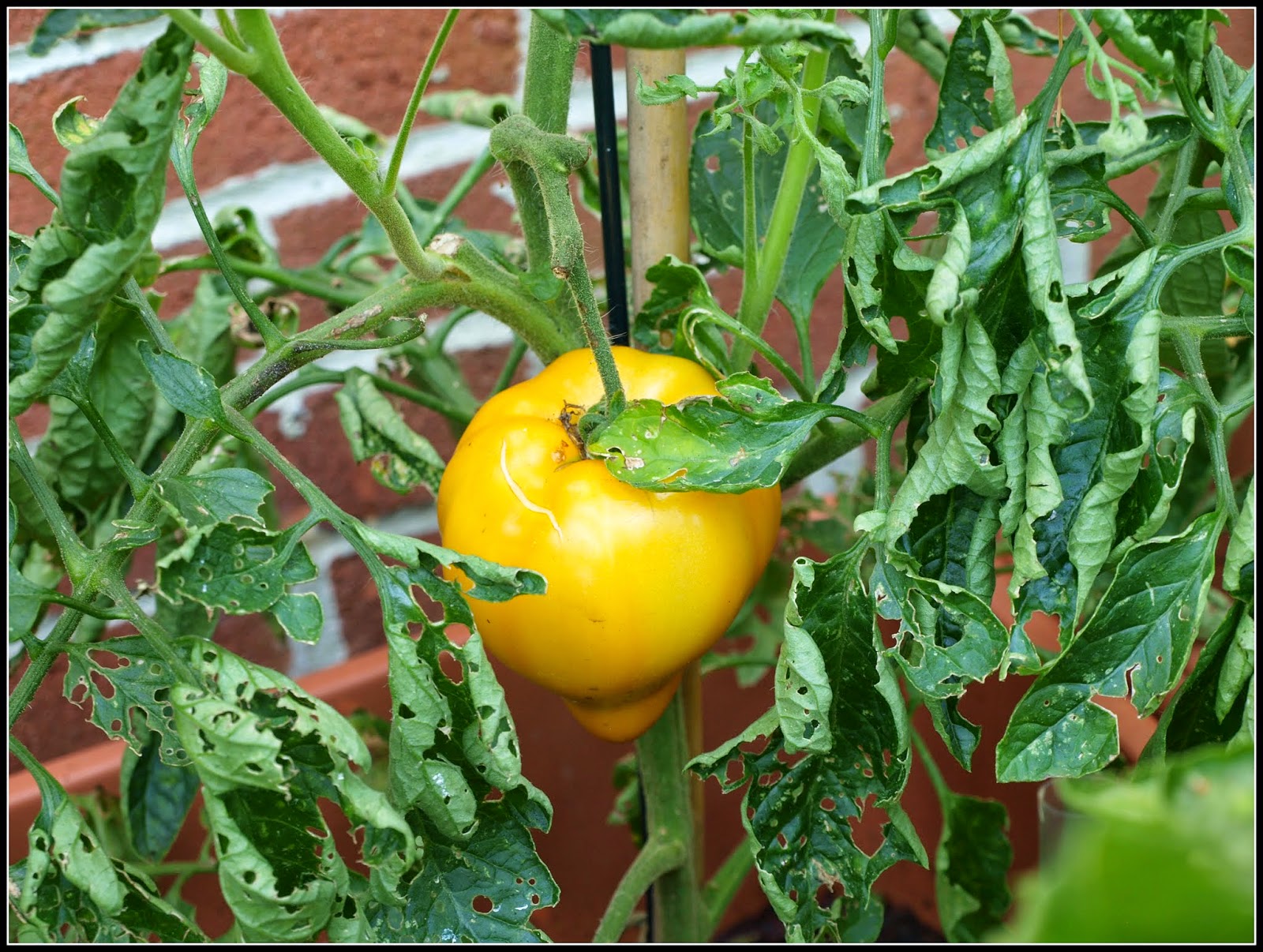 Notice how full of holes the leaves of this plant are though. I don't normally have any trouble with insects / slugs and snails attacking tomatoes, but this one has definitely been attacked by something. I have been unable to determine what.

It is definitely not the case that everything is bad. You could hardly wish for a more handsome truss of tomatoes than this: 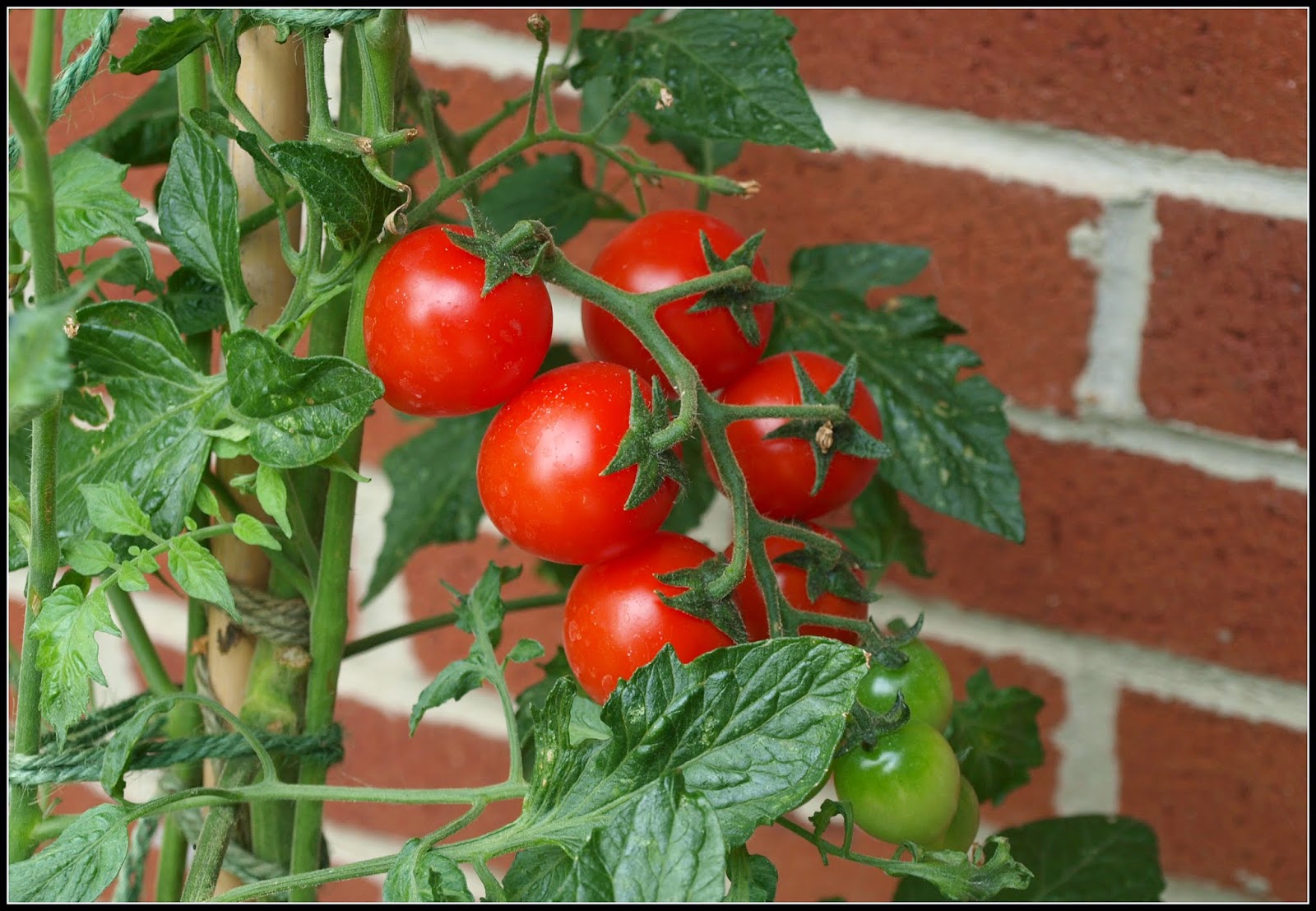 Those are little cherry-sized fruits on the "Yanni's" plant, grown from seeds sent to me by Trevor, a friend from the UK Veg Gardeners forum. The only trouble is, although they are well-nigh perfect fruits, they are the only ones so far on that plant!

I am already considering my tactics for next year in the light of this year's performance. The chief change I plan to make is to plant my tomatoes in three or four batches, using completely different types of compost for each - thereby avoiding "putting all my eggs in one basket", so to speak. This is part of the attraction of gardening: as the saying goes "There's always next year"!
Posted by Mark Willis at 12:00