August is a month of plenty in most of our gardens. Here's an update on some of the good things I have...

Firstly, a "Bird's Eye view" of the ripening Blueberries. Nets are essential to stop the Blackbirds from stealing the berries. 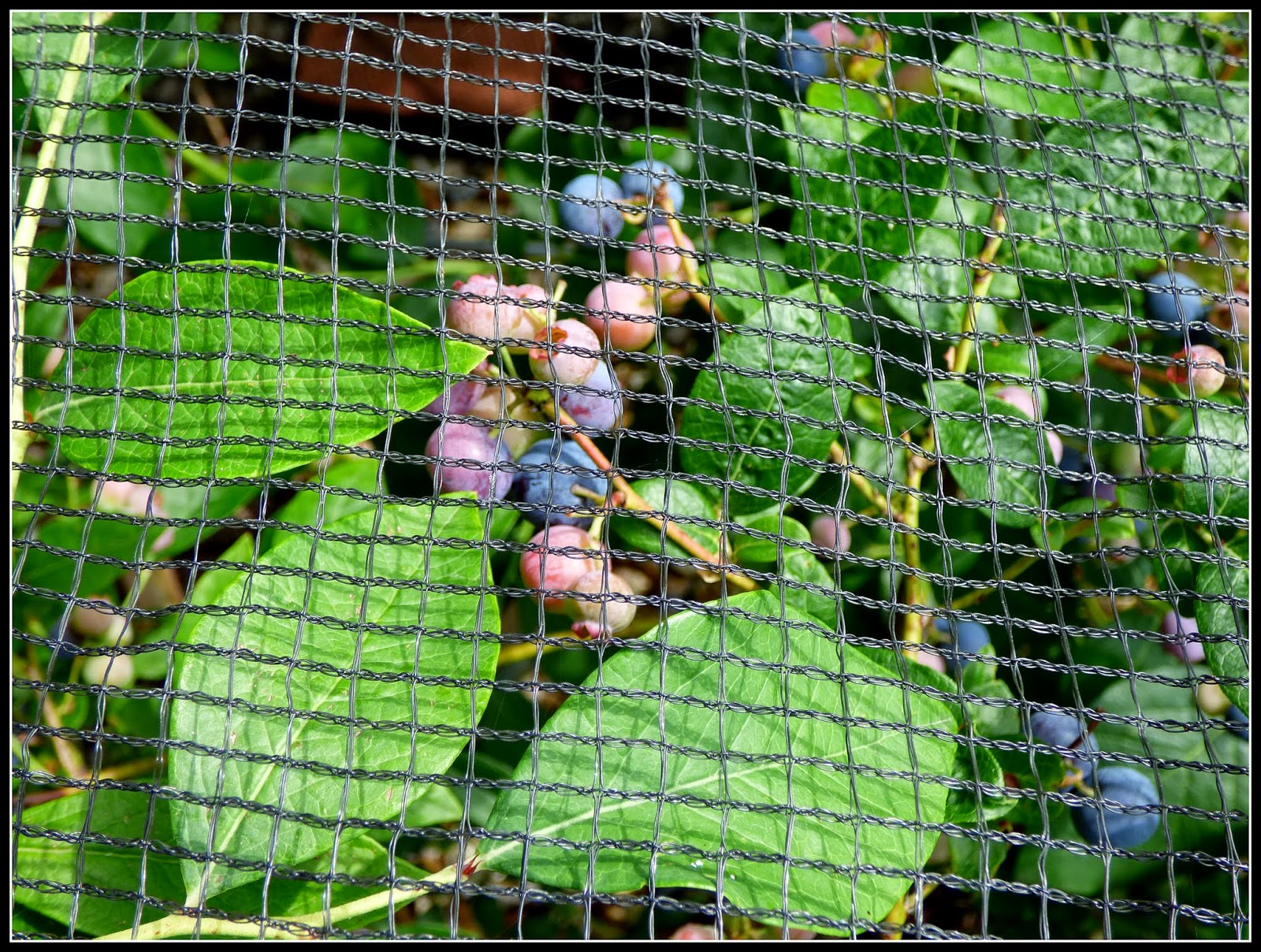 Fruits are finally beginning to form on my "Red Habanero" chilli. This plant lost almost all its leaves early in the year, after a severe battering by hail, and I didn't think it would survive, but it is reviving at last. 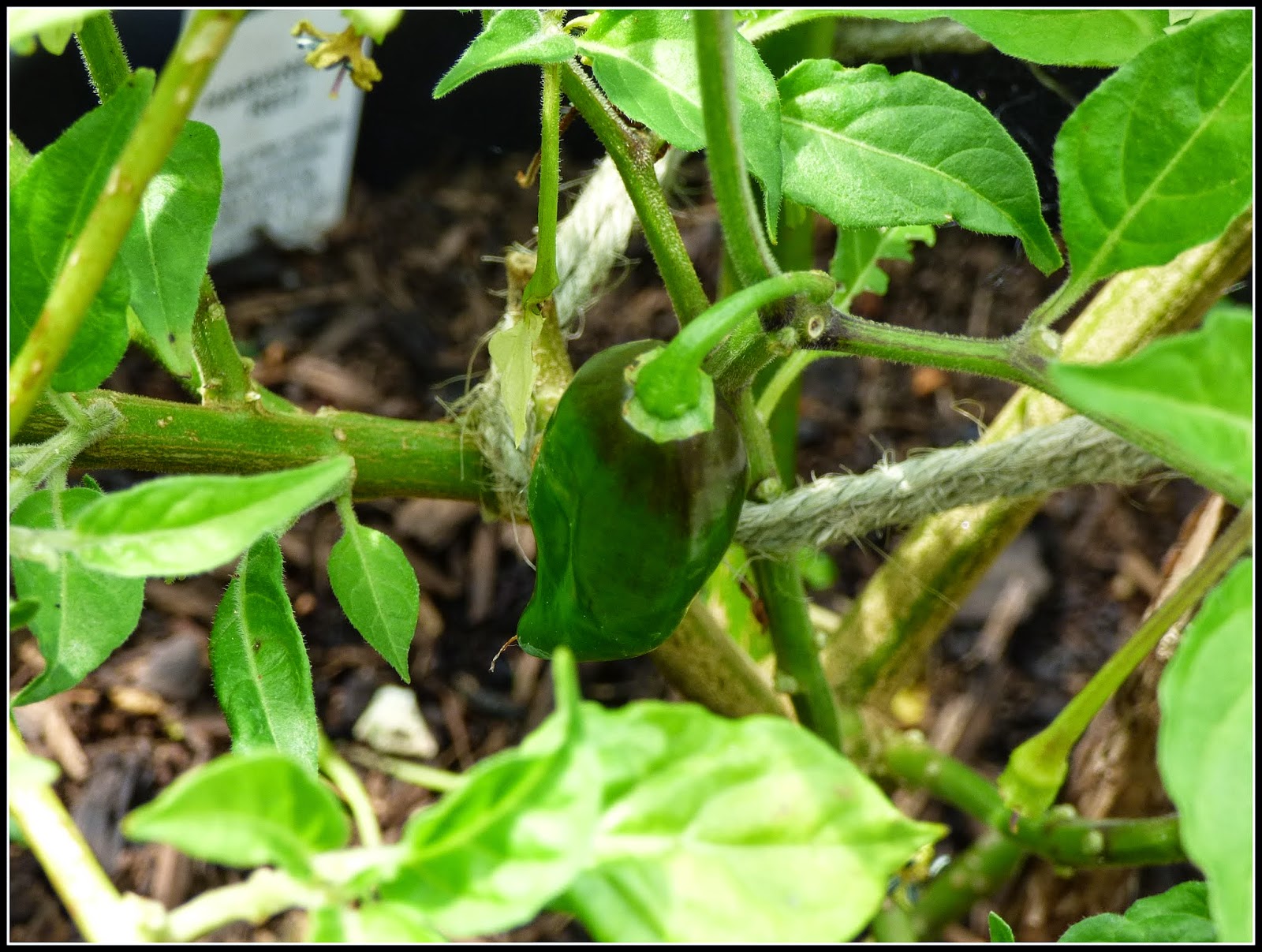 The "Tiger" Tomatoes are nearly ripe now. They look more impressive than the "Tigerella" ones I have grown in years gone by. Almost "coppery". 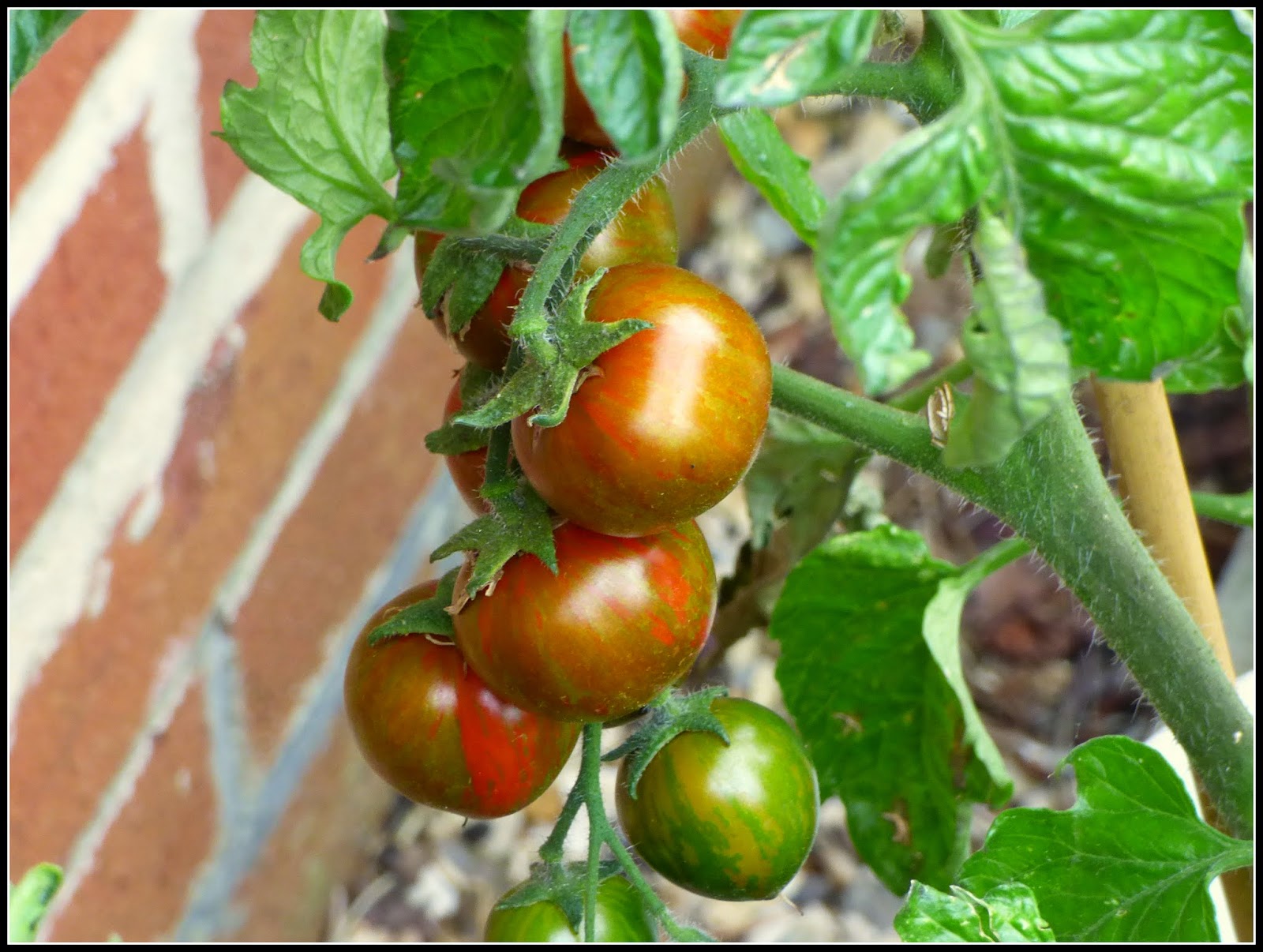 There are lots of new flowers on it too. These are on a side-shoot that I would normally have removed, but which I let grow in order to compensate for the earlier constraints of the weedkiller-contaminated compost. I'm not sure these will produce mature fruit before Autumn comes. I suppose it depends on the weather. 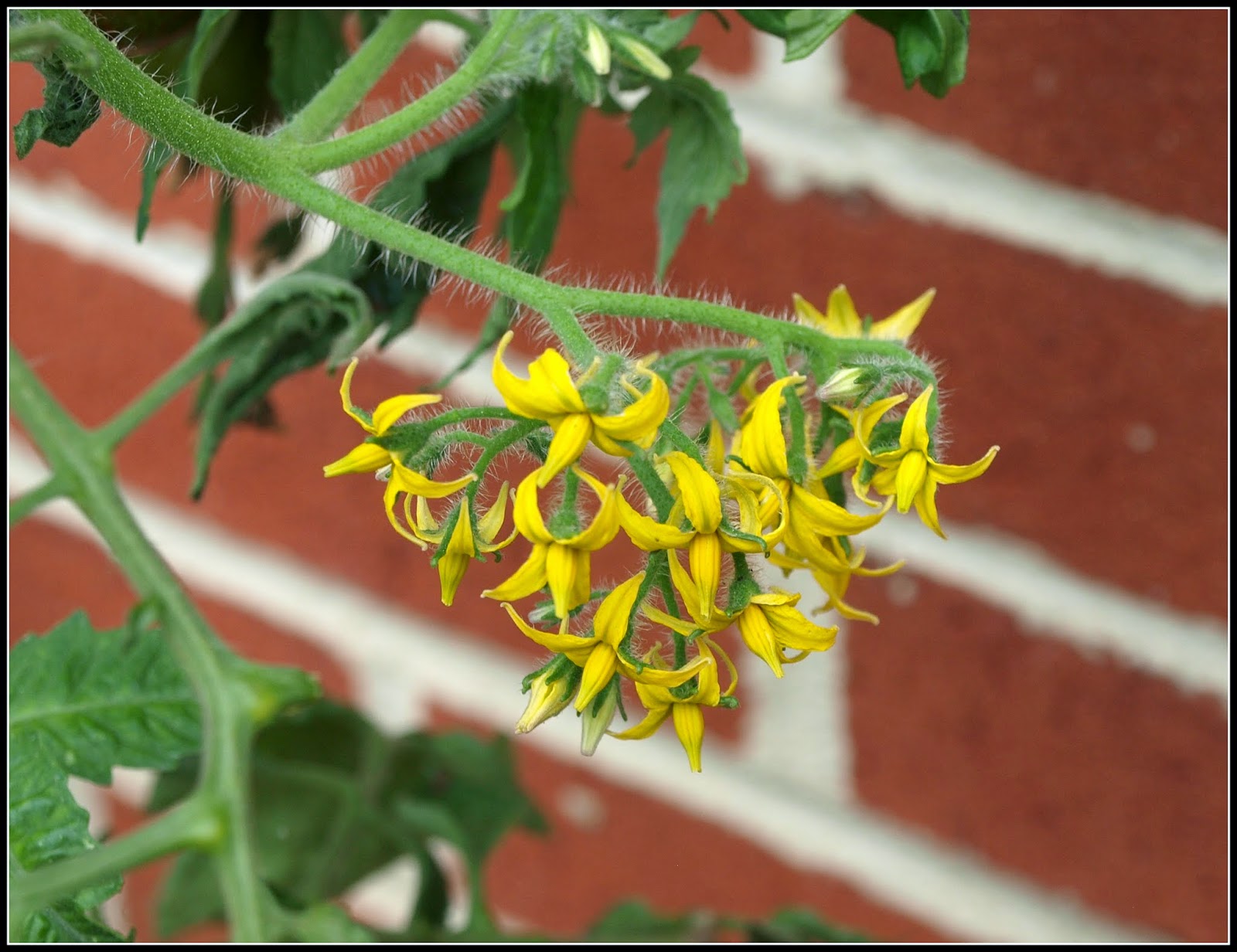 "Maskotka" is still my favourite tomato though. Even this year it has done reasonably well, despite the compost issues. Small plants and a small crop this time, but still very nice tomatoes, and the fruits don't seem to have been distorted like many of the other varieties. 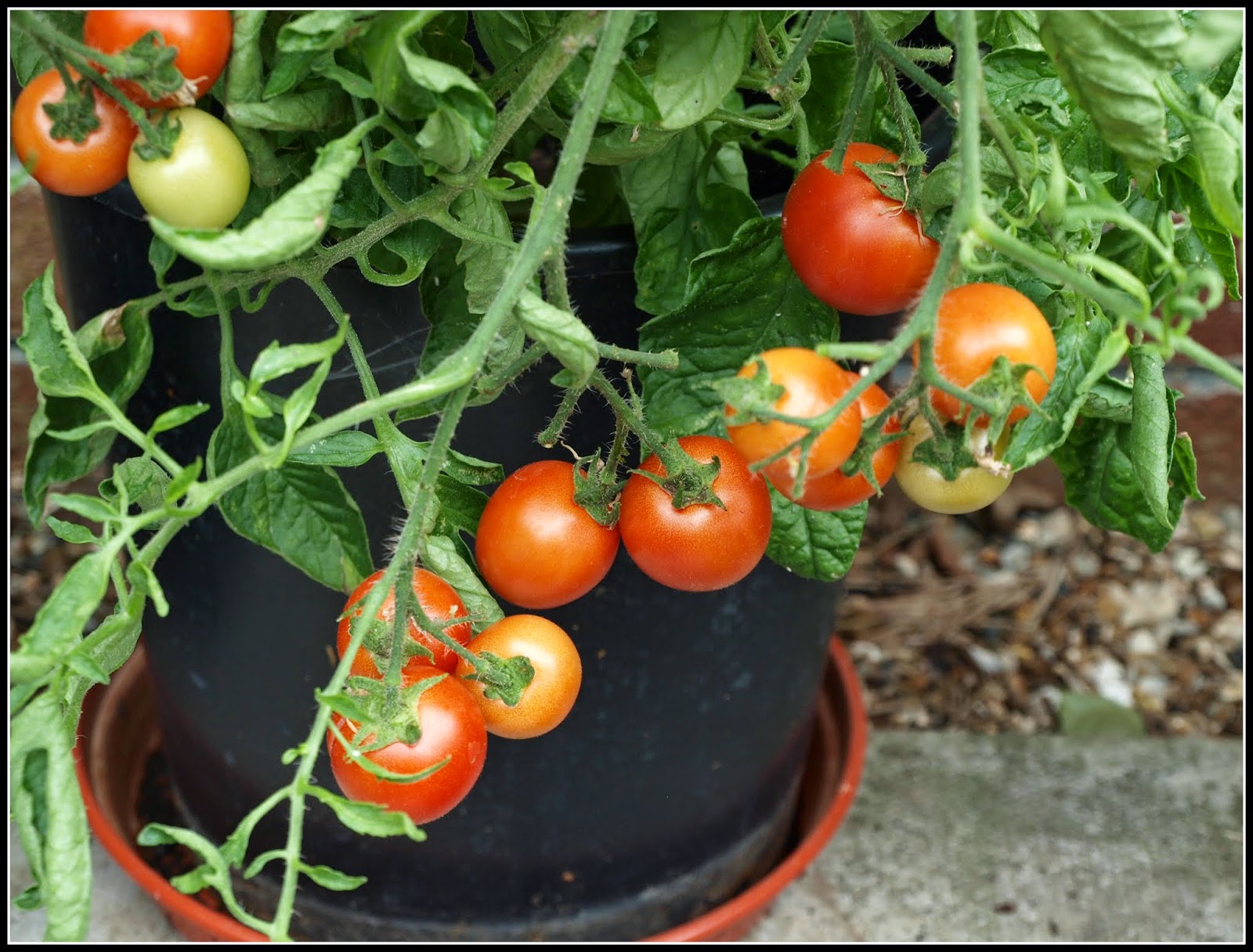 We haven't had any Radishes for several weeks now, due to lack of space, so I have sown some seeds in a pot to see if I can produce some. I find that Radishes grown in containers don't usually do very well - they bolt very readily - but we'll see what happens. I will be super-careful with the watering! 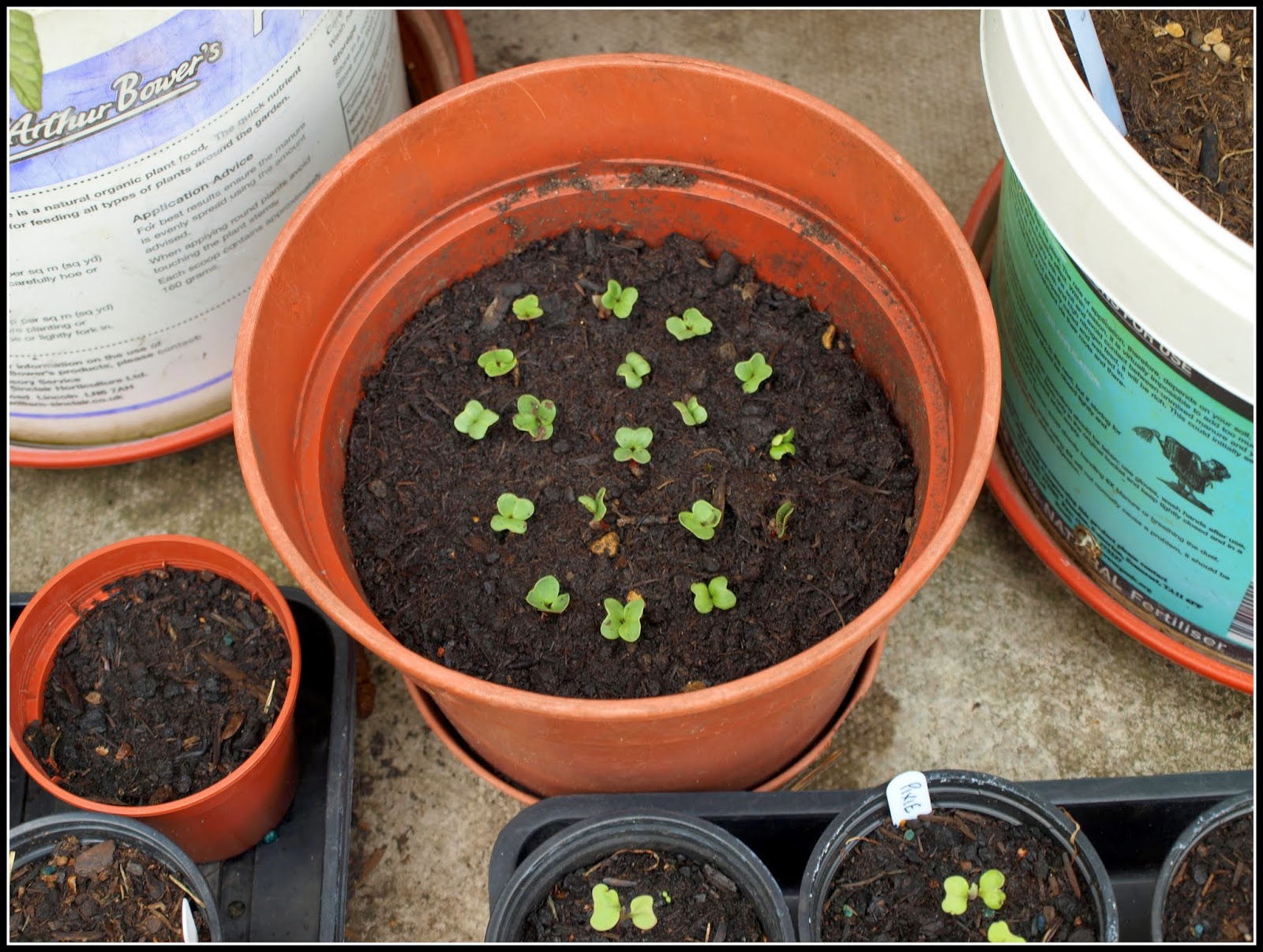 This year I have grown my Radicchio much earlier than before, hoping they will size-up before the weather turns colder. They are still mostly fairly small, but they're getting there. 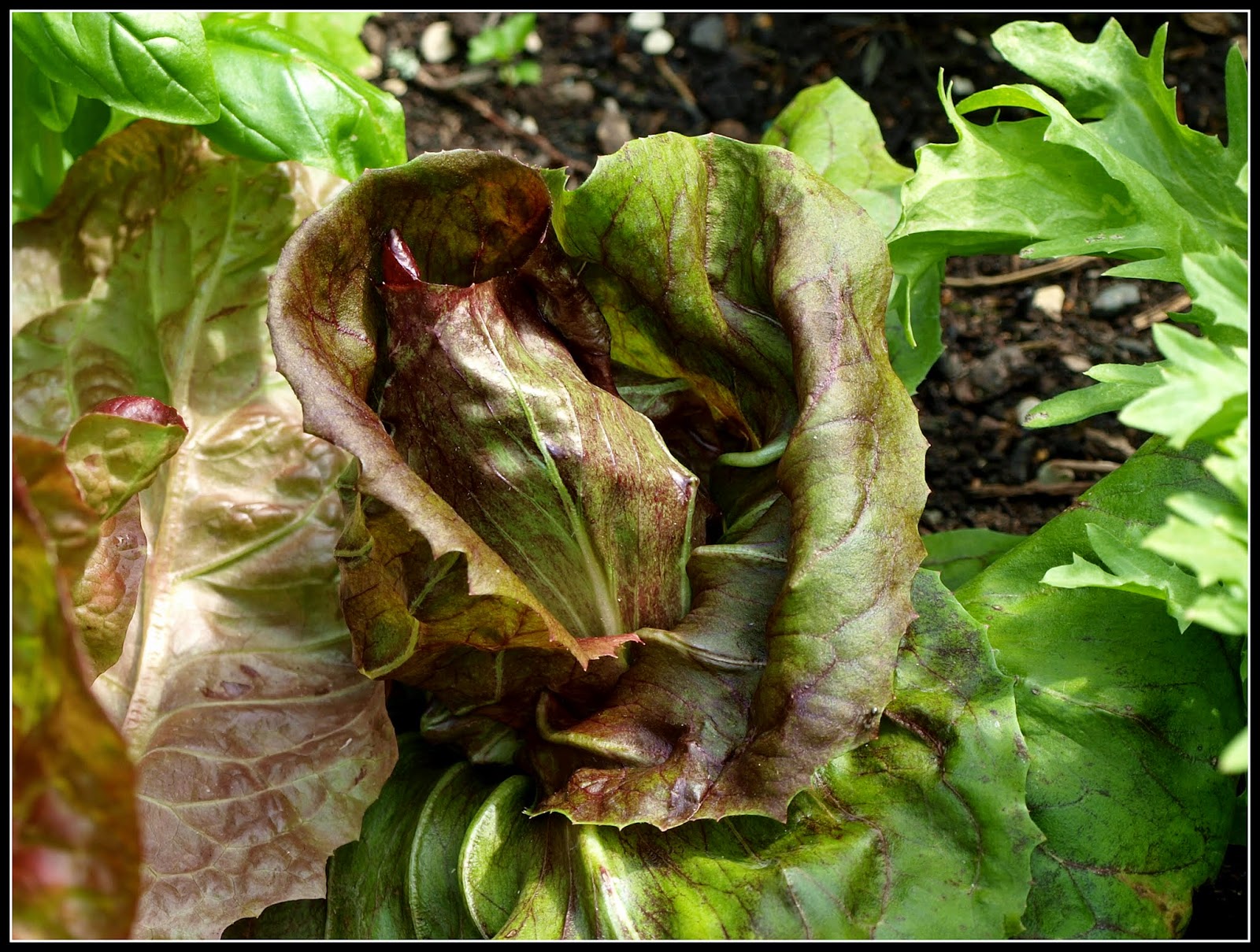 This is my "Winter Veg" bed, with Swedes, Leeks and Cabbages. The leaves of the Swedes (foreground) are looking pretty tatty. That's because they are the only brassicas in the garden not netted, and the Cabbage White butterflies know that! An oversight on my behalf... 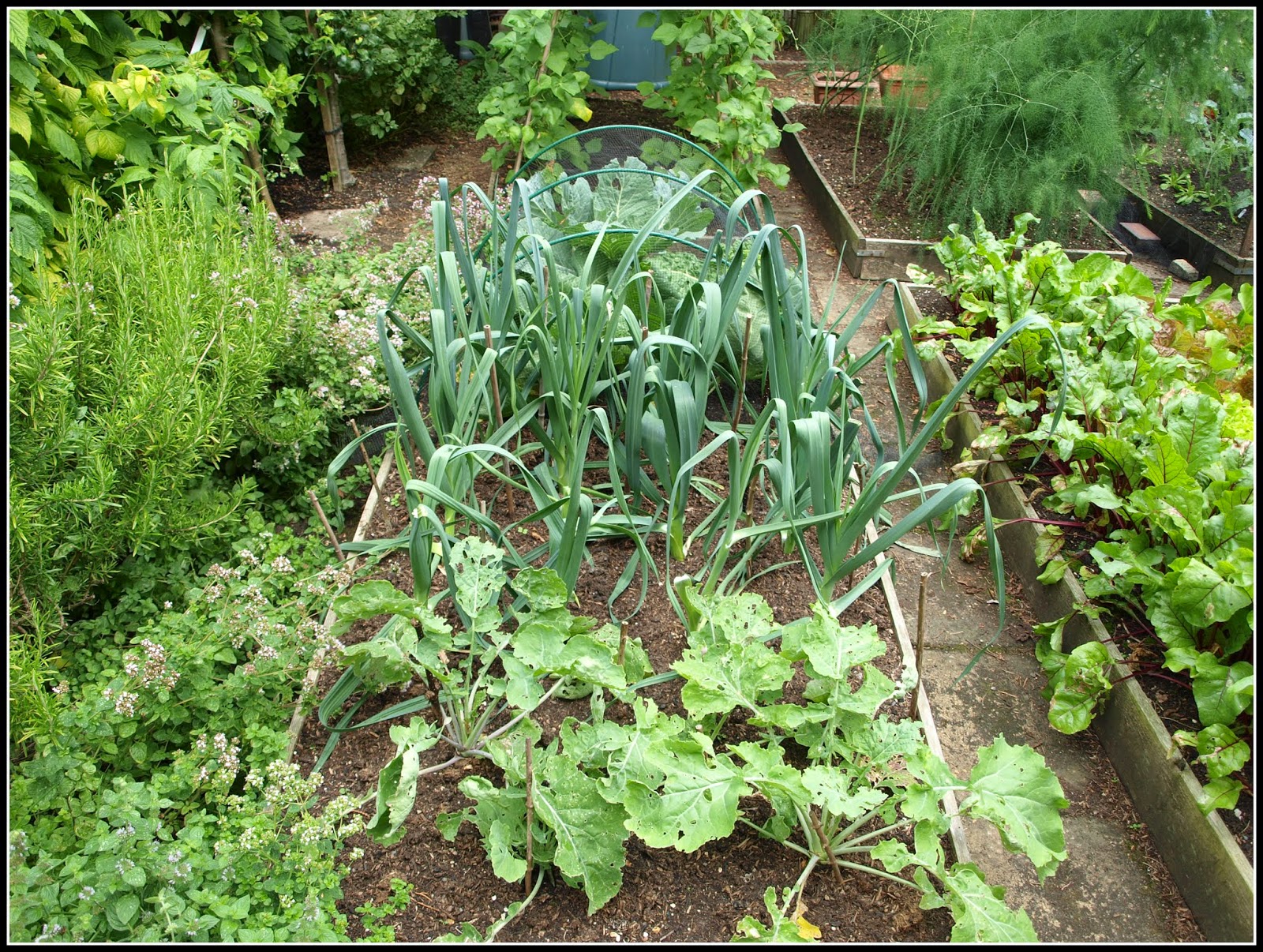 The spare Leeks that I planted in pots have recently had an "upgrade". Since some of the big containers in which I was growing potatoes have now become free, I moved the Leeks into a couple of them: 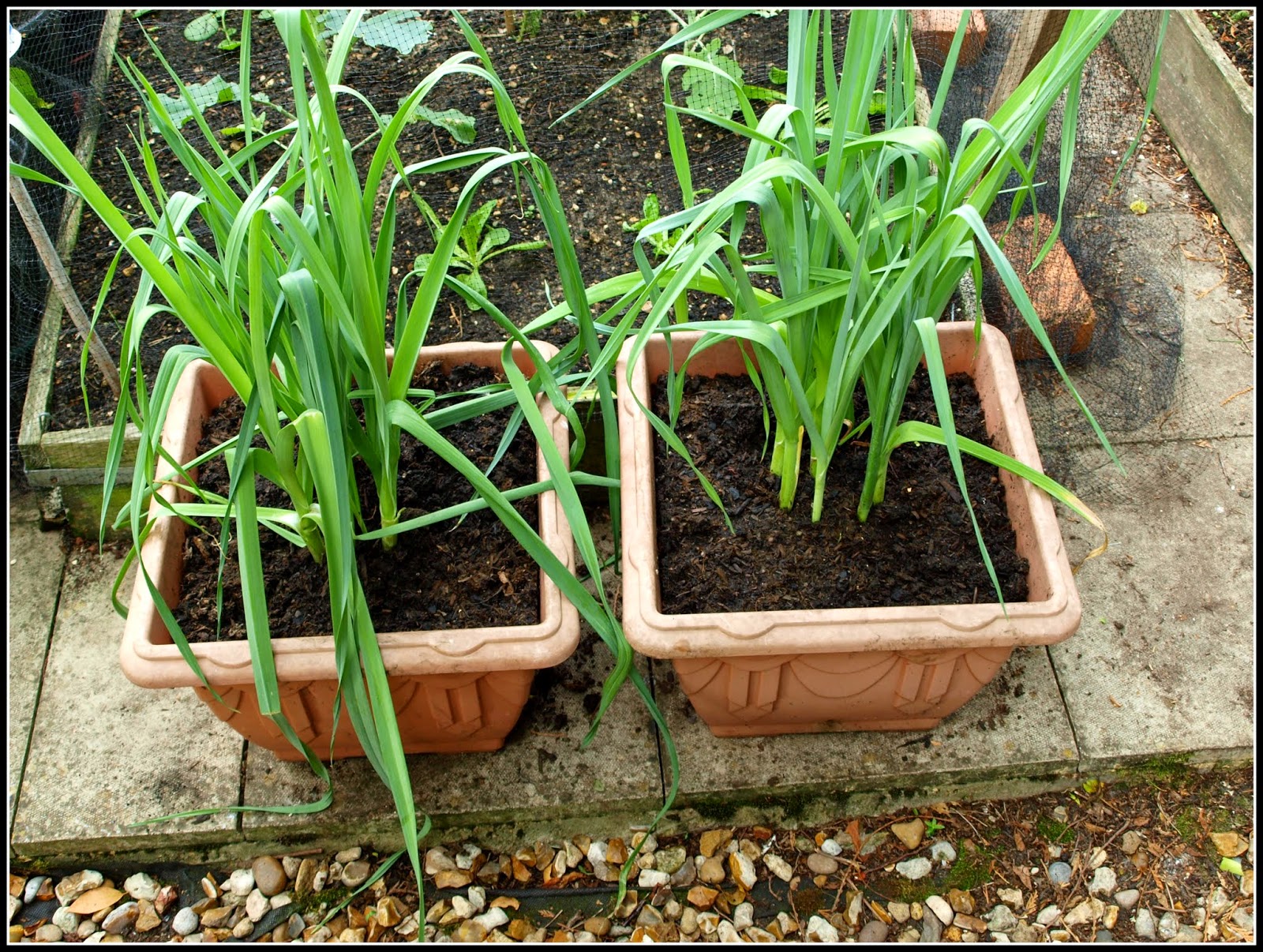 I think they are approaching a useable "Baby Leek" size, but they are looking so healthy that I think I will leave them for a bit longer. 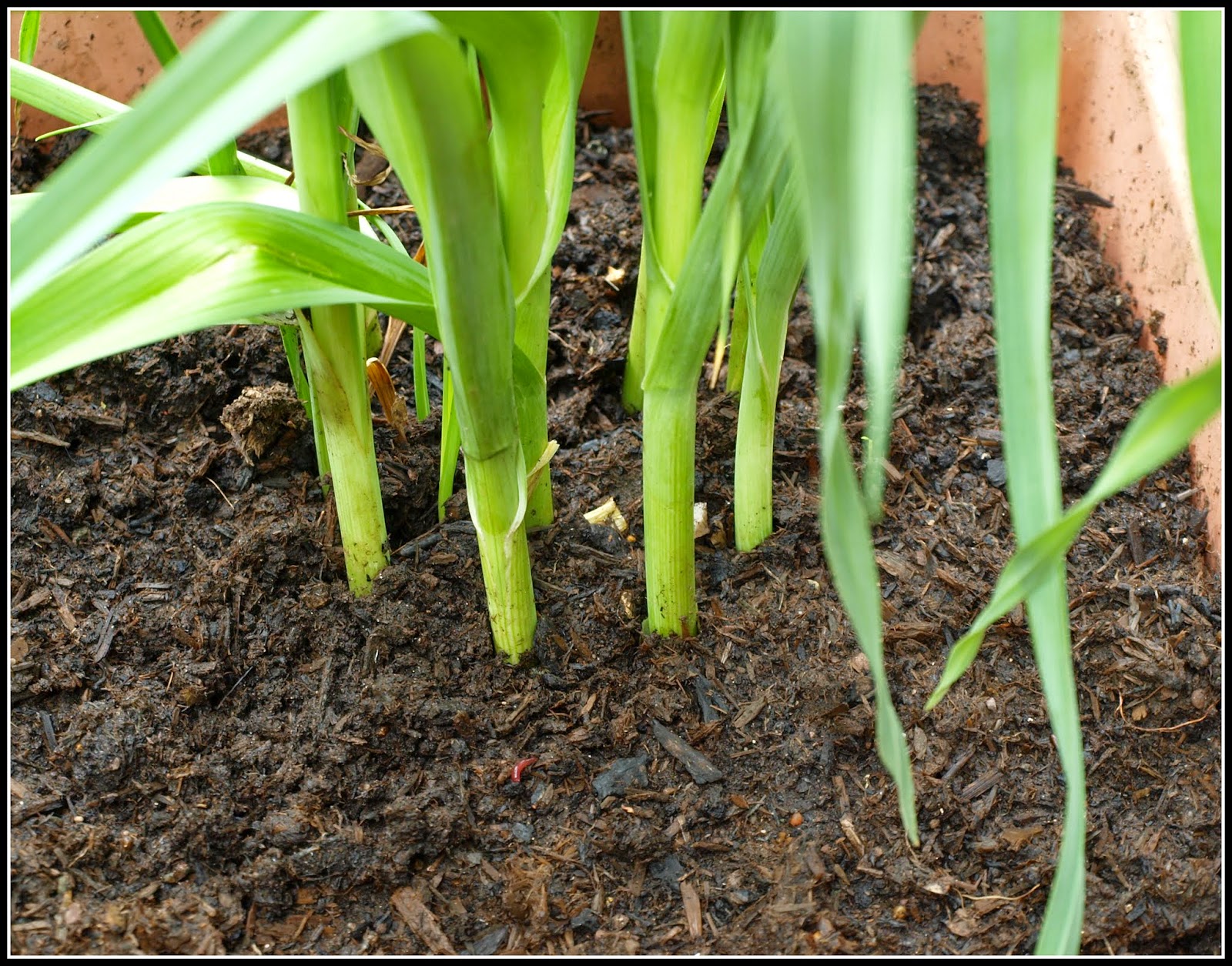 The Asparagus is putting up another flush of new spears, which I take to be a sign that it is happy. It's important not to be greedy and succumb to the temptation to cut and eat these new spears, because the plants need to put on as much growth as possible in order to build up their strength for next year. 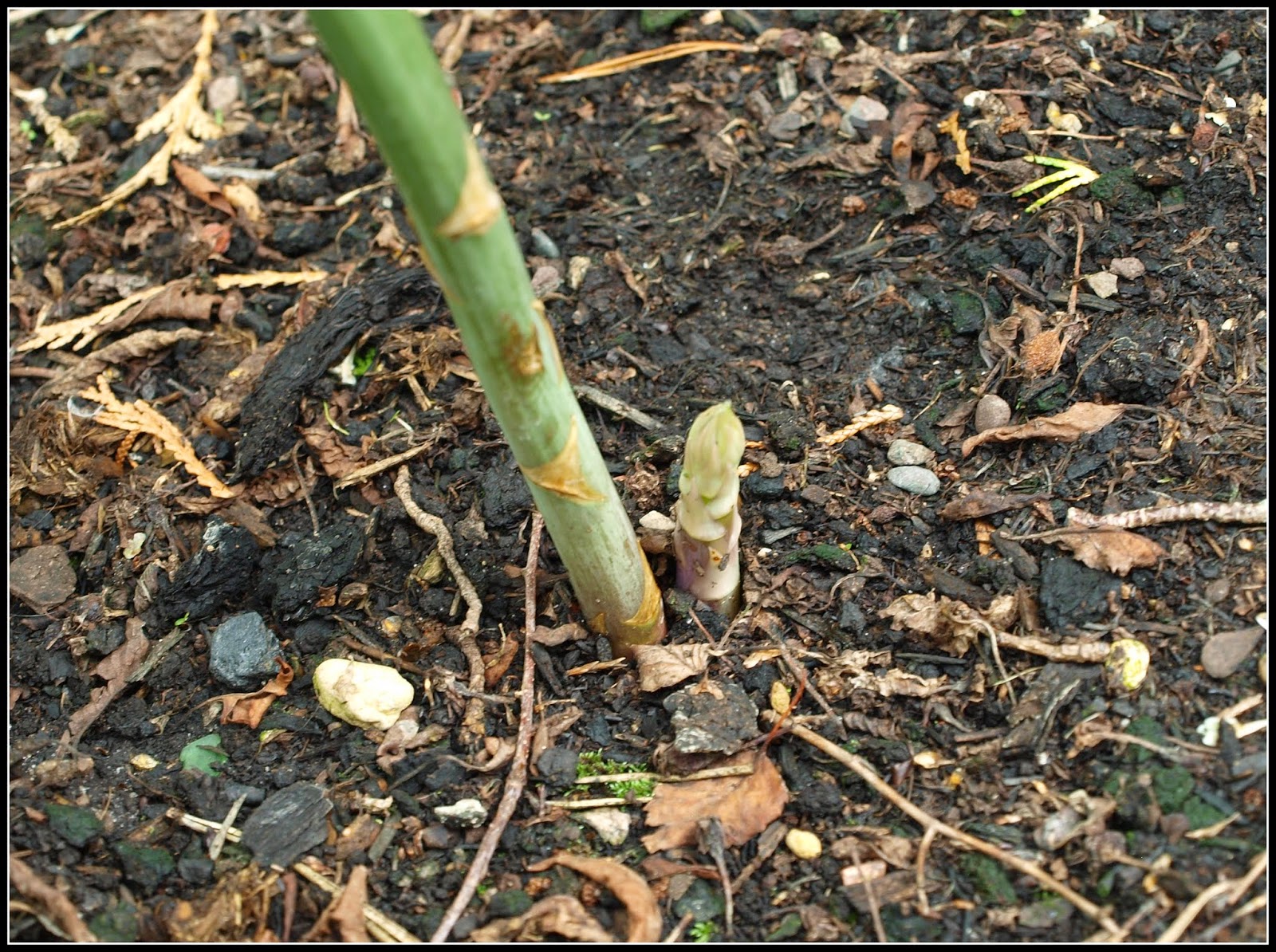 From about the middle of this month, the garden will begin winding-down and I'll be thinking about Autumn once more, but for the time being I still want to celebrate the bounty of Summer, so hopefully those tomatoes and beans will make one more big effort for me!
Posted by Mark Willis at 12:00