Earlier in the year (February, to be exact), I wrote about planting some Grasses, including a Carex "Prairie Fire", which I had just bought: 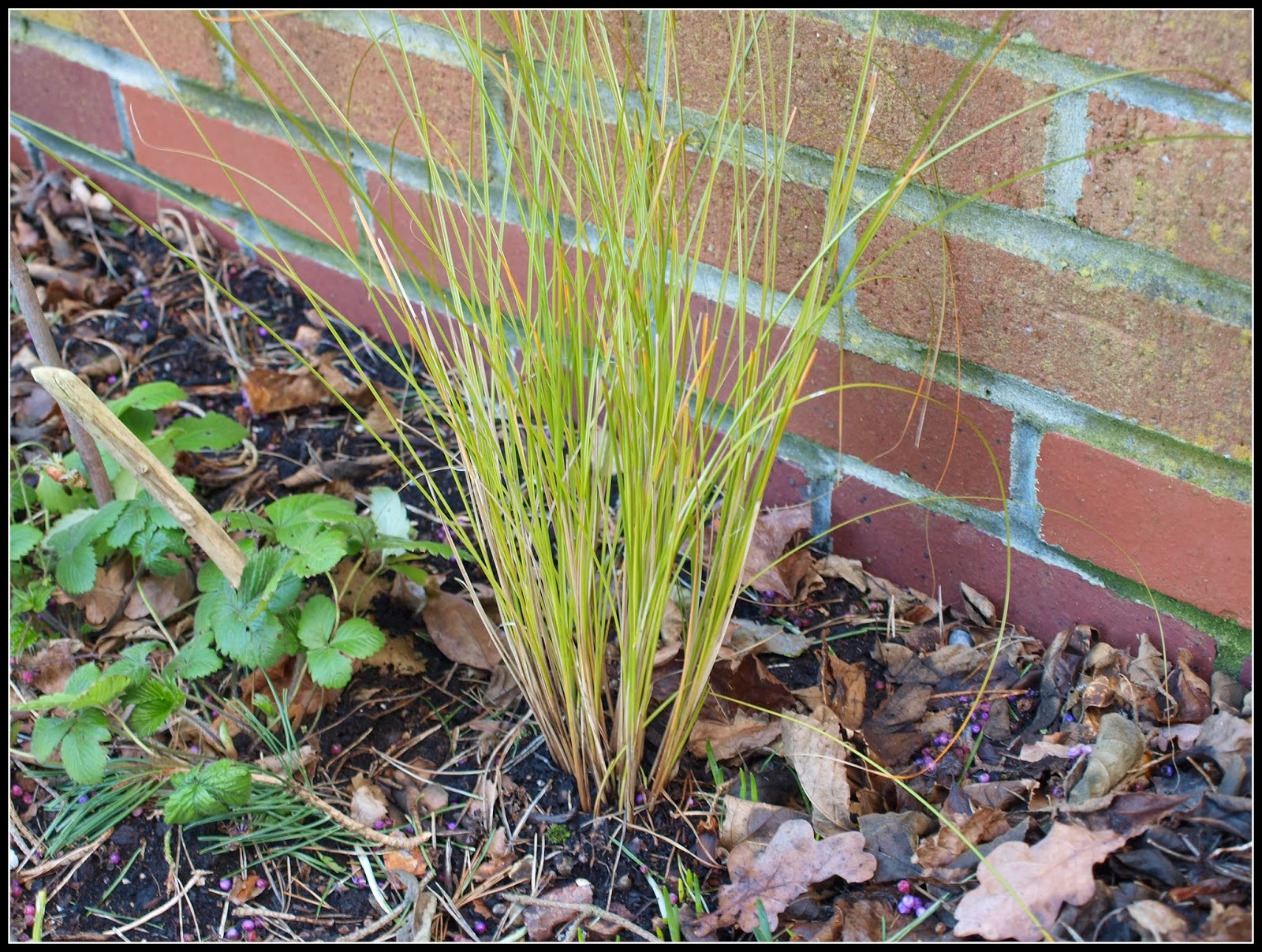 And I also planted this unidentified 'volunteer', which looks like some sort of grass: 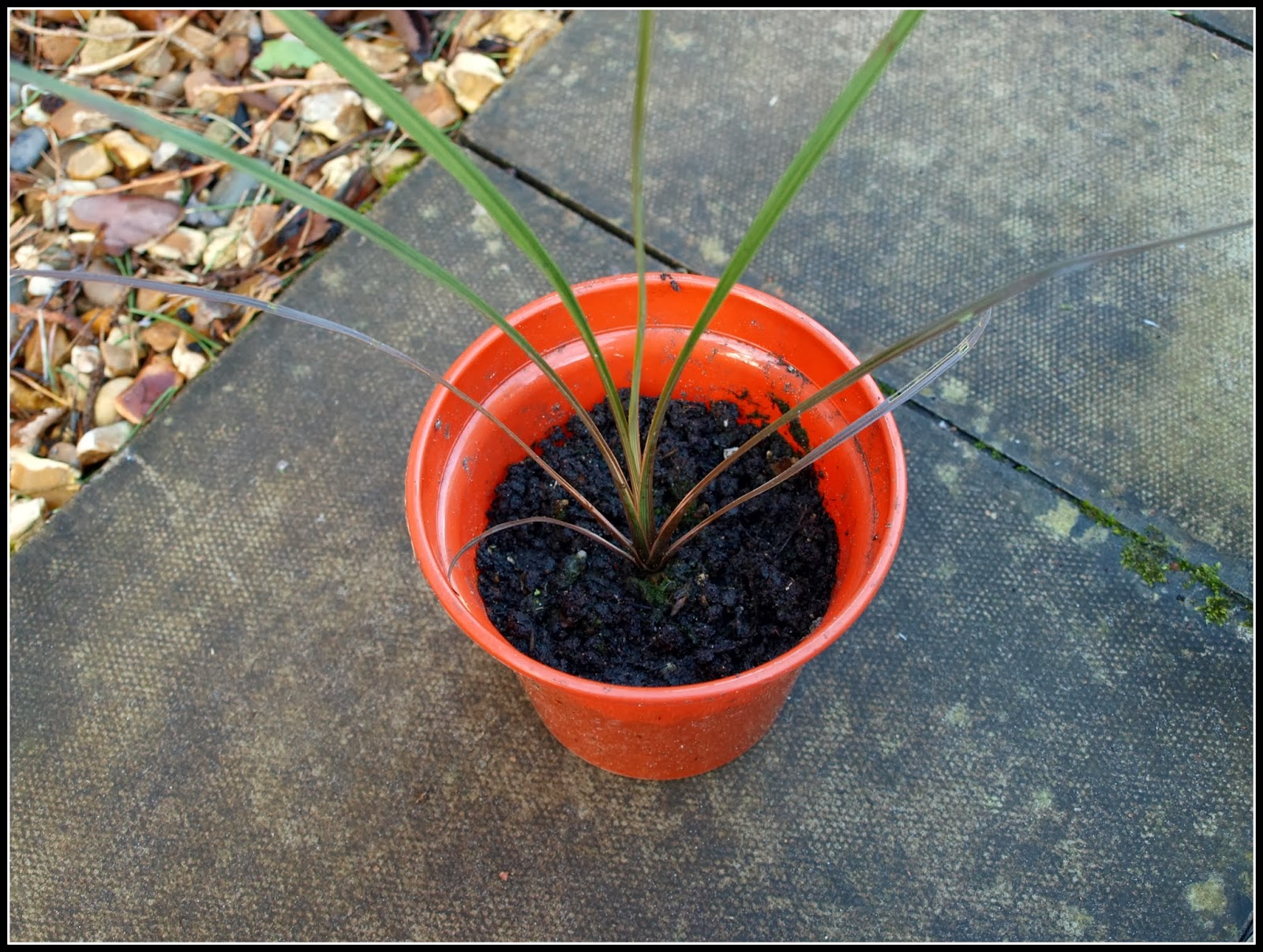 These plants went into a little corner of my garden, just next to a pile of stones that I keep for adding drainage to plant-pots: 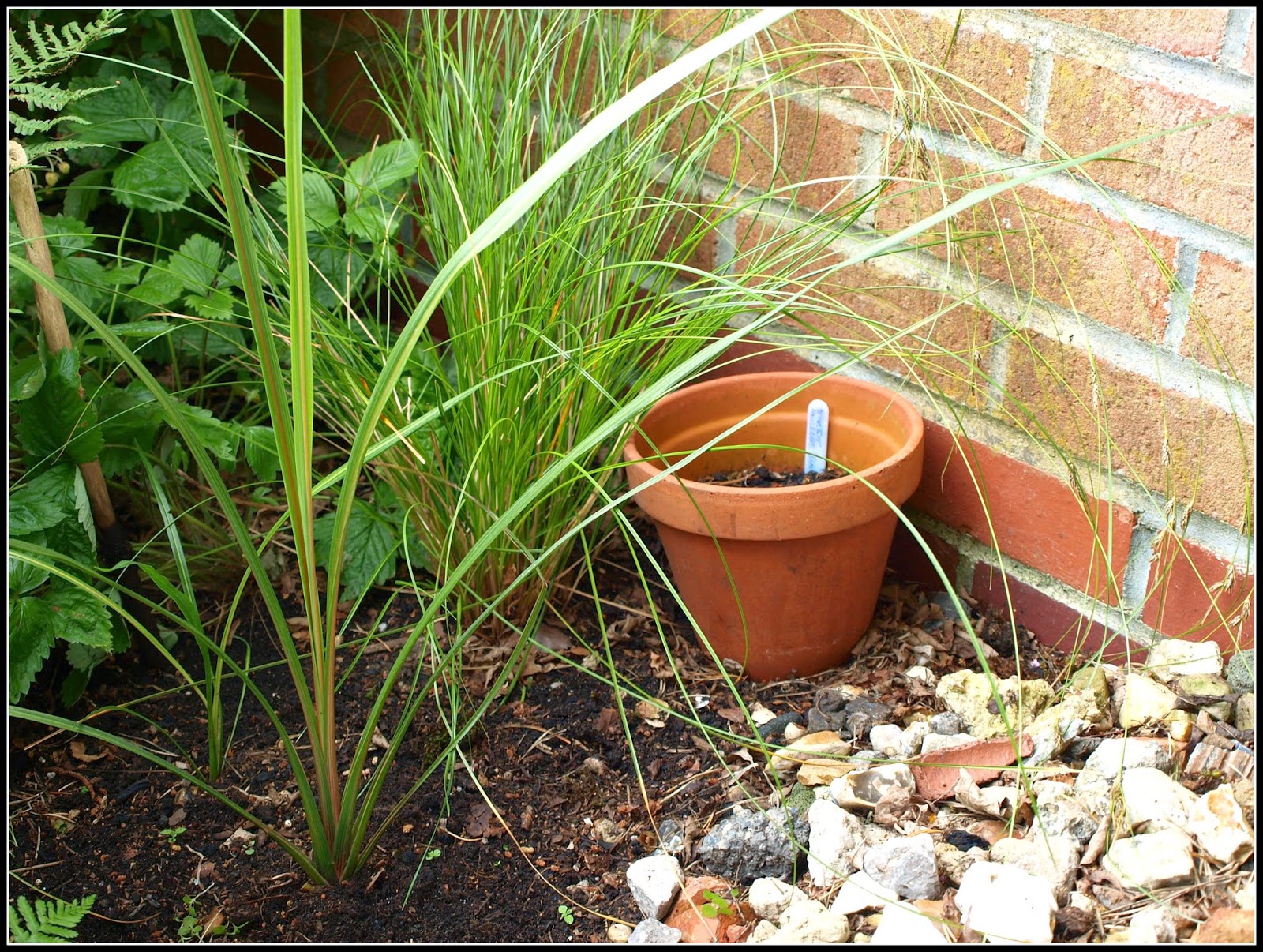 You can see that they have grown a fair bit. By the way, the little terracotta pot holds seeds for a dark-coloured Hellebore, sent to me by blogging friend Elaine. I know (now) that these seeds require a long time to germinate. I am following some advice I saw somewhere on the internet: "Put them in a pot in a secluded part of the garden and just forget about them for a year or so..." 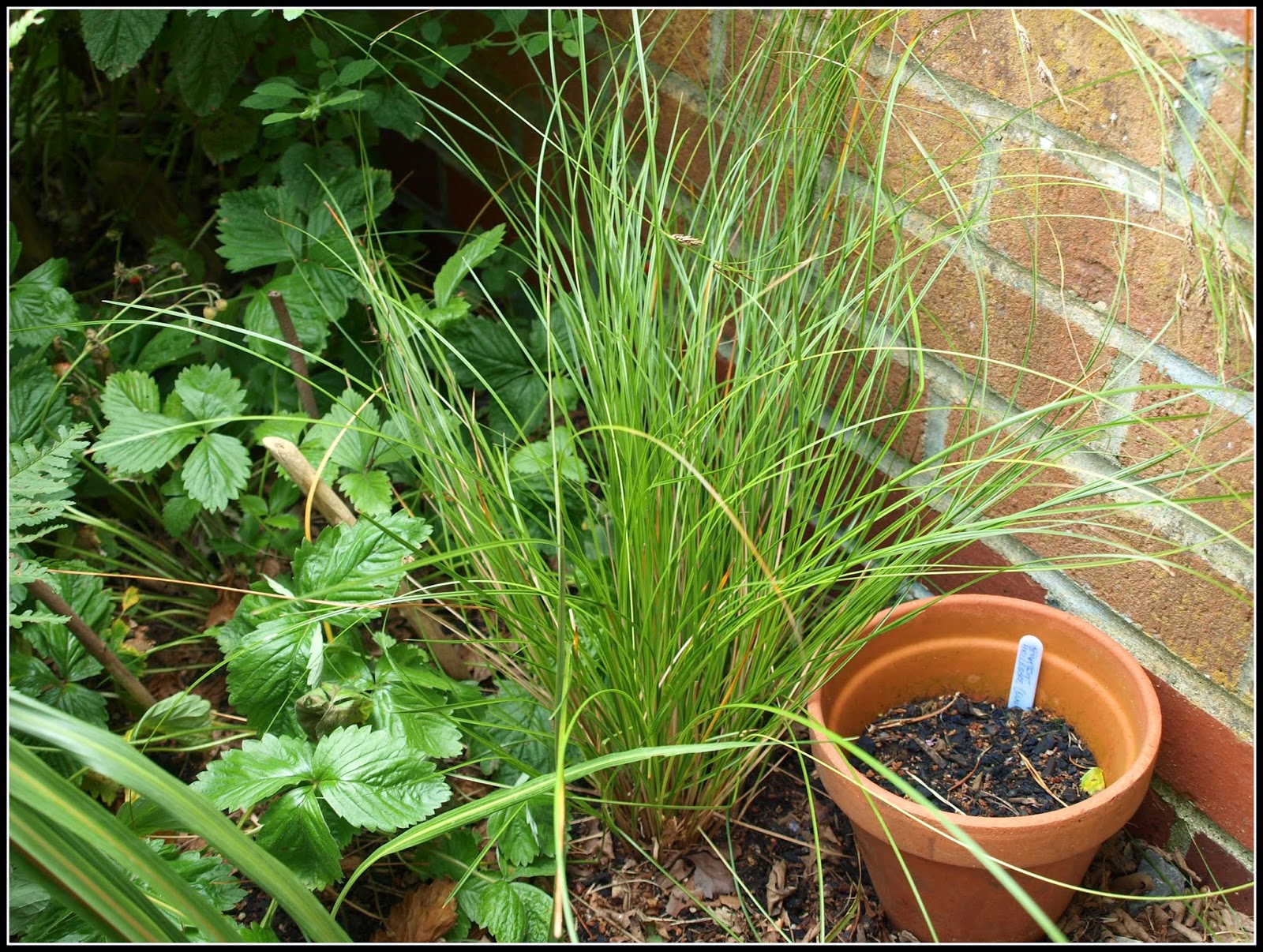 The Carex is not looking very fiery, but it has produced some seed-heads, so hopefully it will self-propagate. 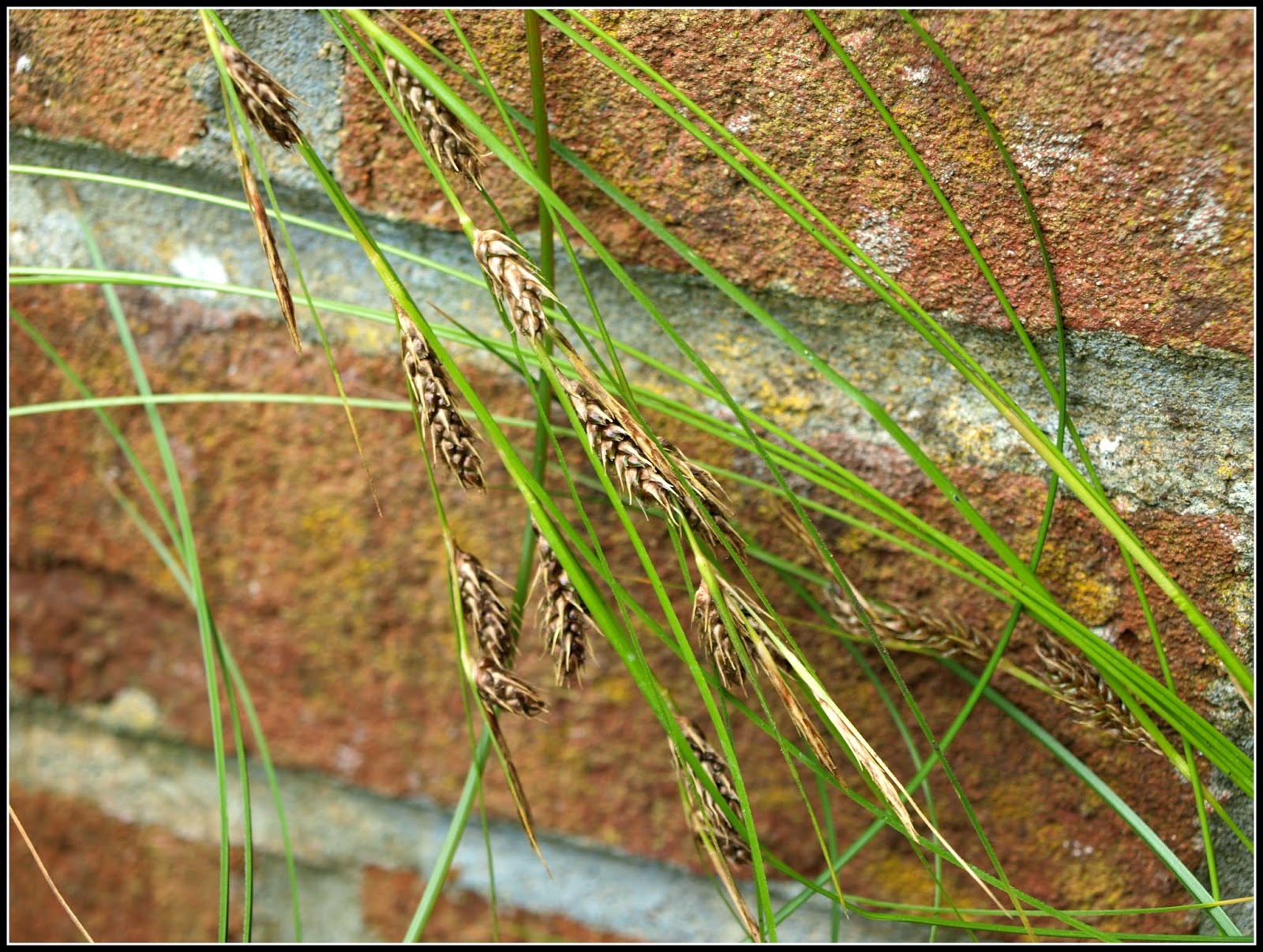 The other (unidentified) plant has got a fair bit bigger, and seems to be managing OK, despite not getting much light. 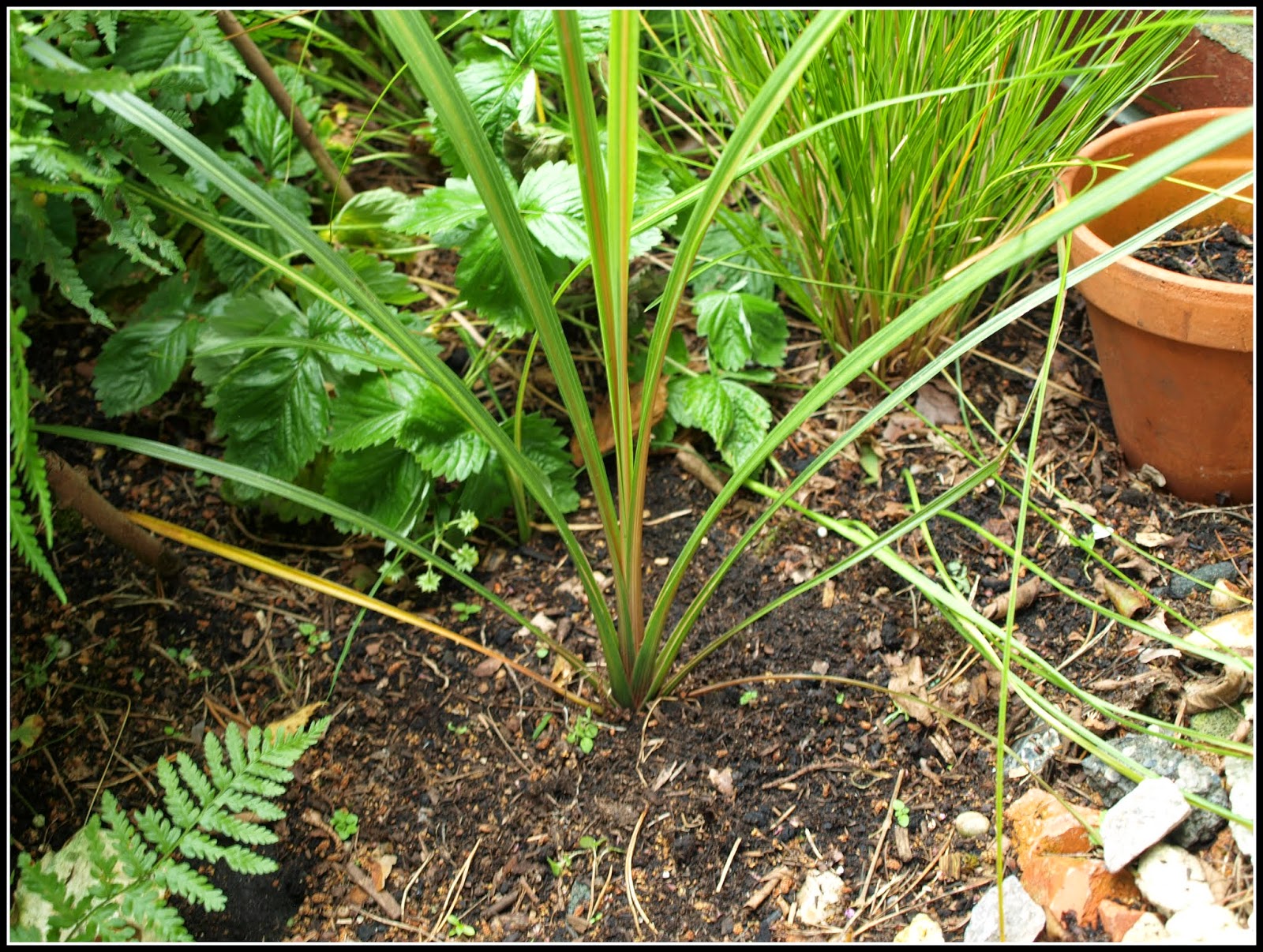 Elsewhere I have this grass-like Black Ophiopogon, which I also bought at about the same time as the Carex. I installed it down by my bird-bath. 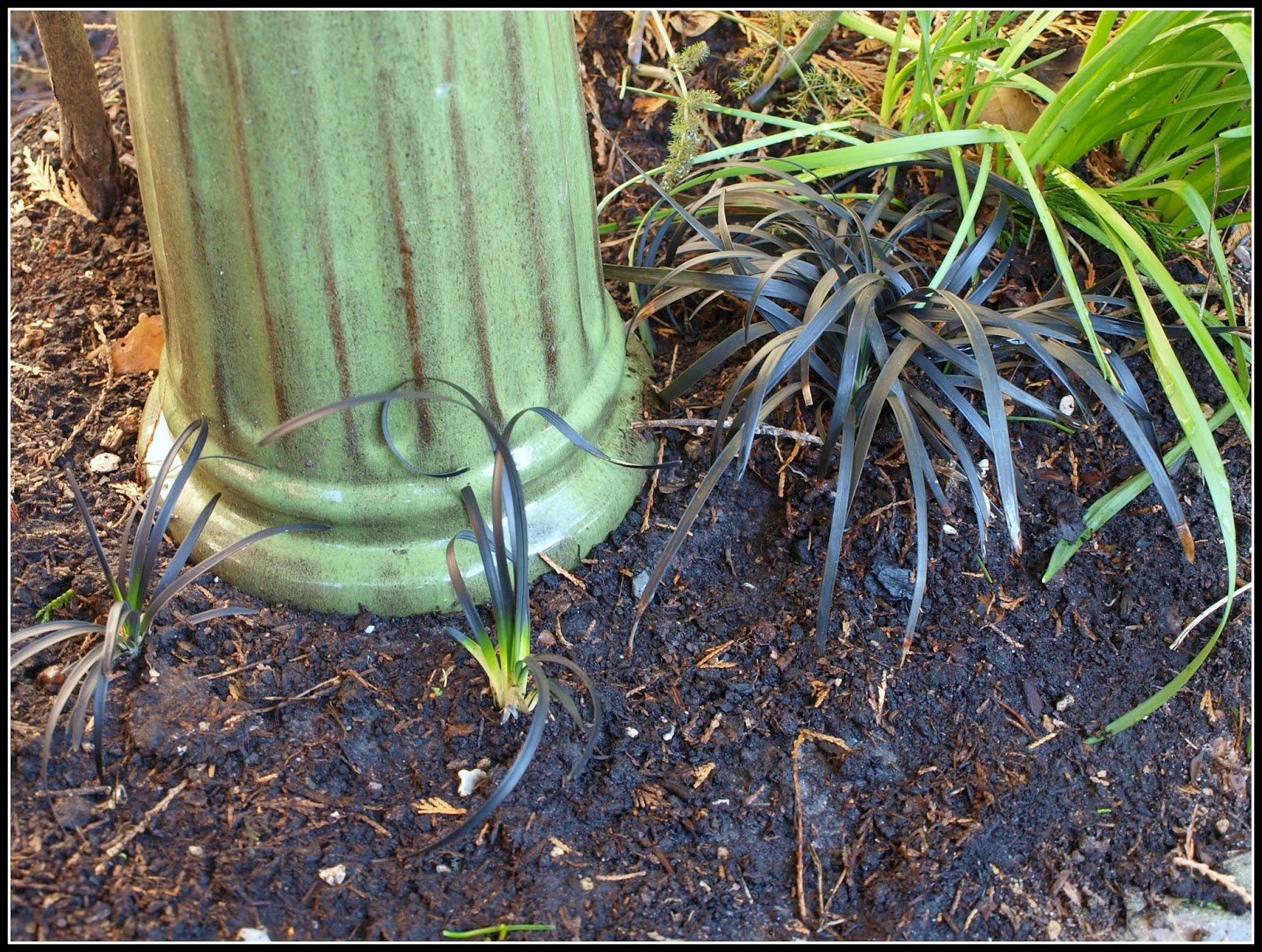 Although Ophiopogon does grow very slowly, mine seems to have settled in all right. 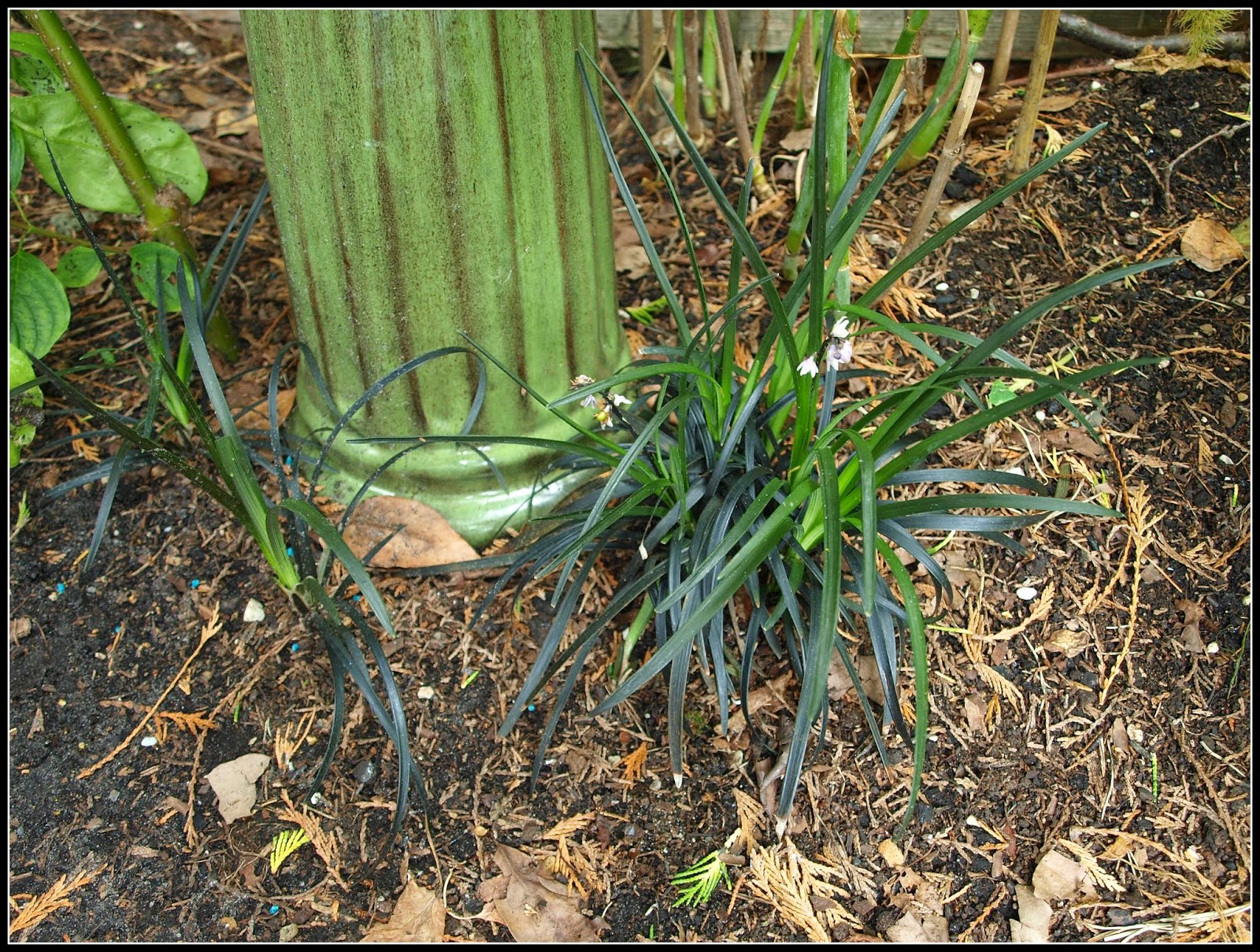 The new foliage is mostly green, and only black at the edges. I suspect that this is because of the low light levels in that part of the garden. If it were in full sunlight I think the leaves would be blacker. Or maybe they just get darker as they age? The main plant has even produced some flowers. 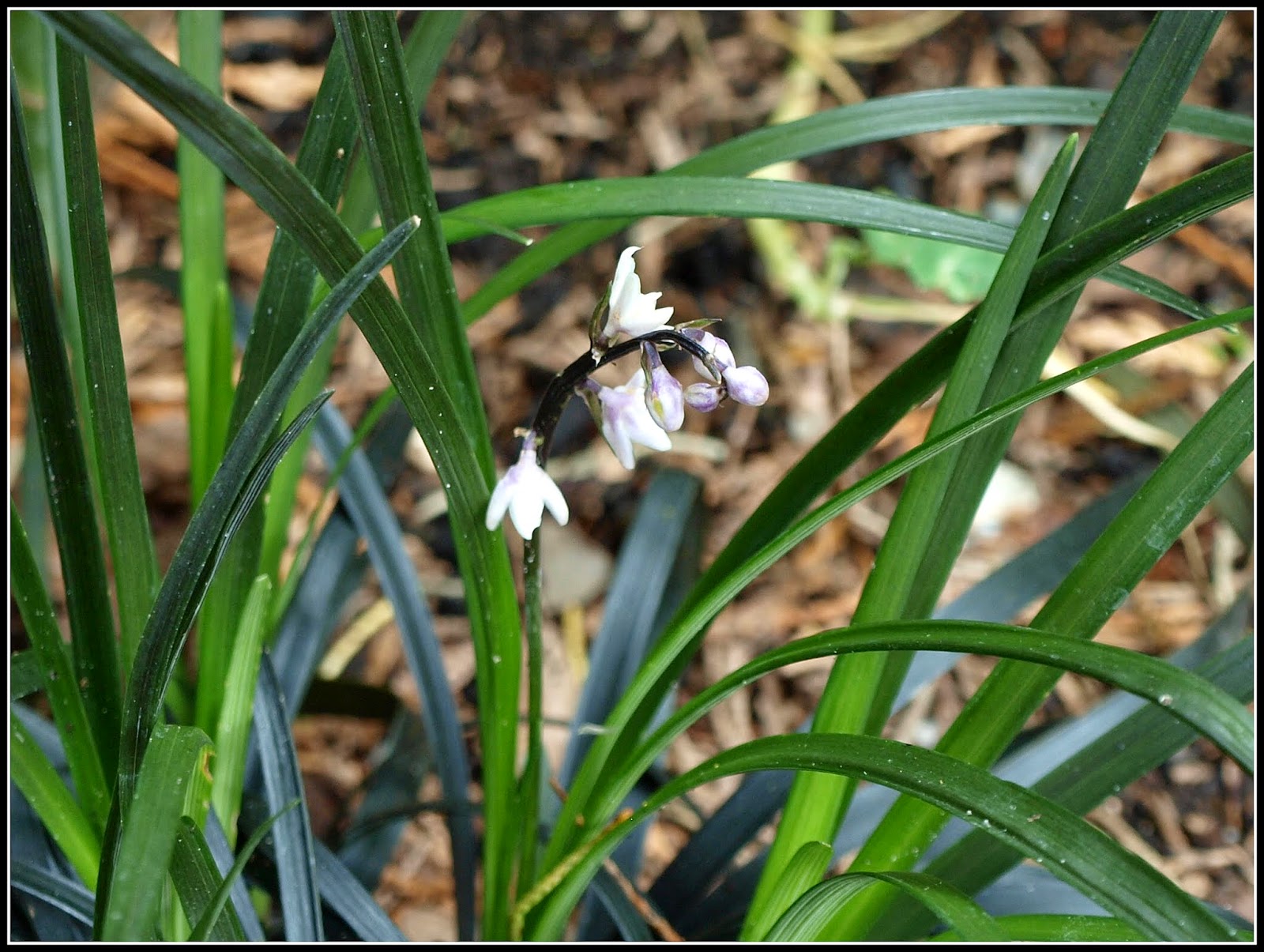