If you saw my post the other day about foraging, you will have gathered that over the weekend I was busy making jam. For me this is a new-found skill (I only started last Summer), but I have in Jane a skilled mentor who keeps me on the right track. It's just a pity that as a diabetic she can't eat the finished product, which is about 50% sugar! 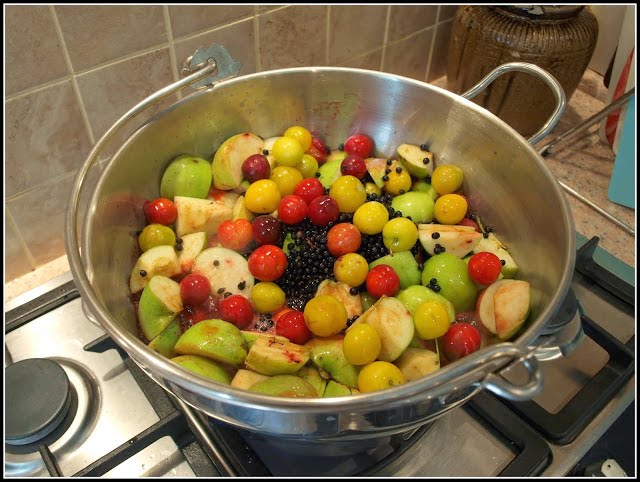 I'm not going to describe the recipe for Hedgerow Jelly, because I wrote about it in detail this time last year, but if you want it you can find it HERE

Instead, I'll just show you some photos... 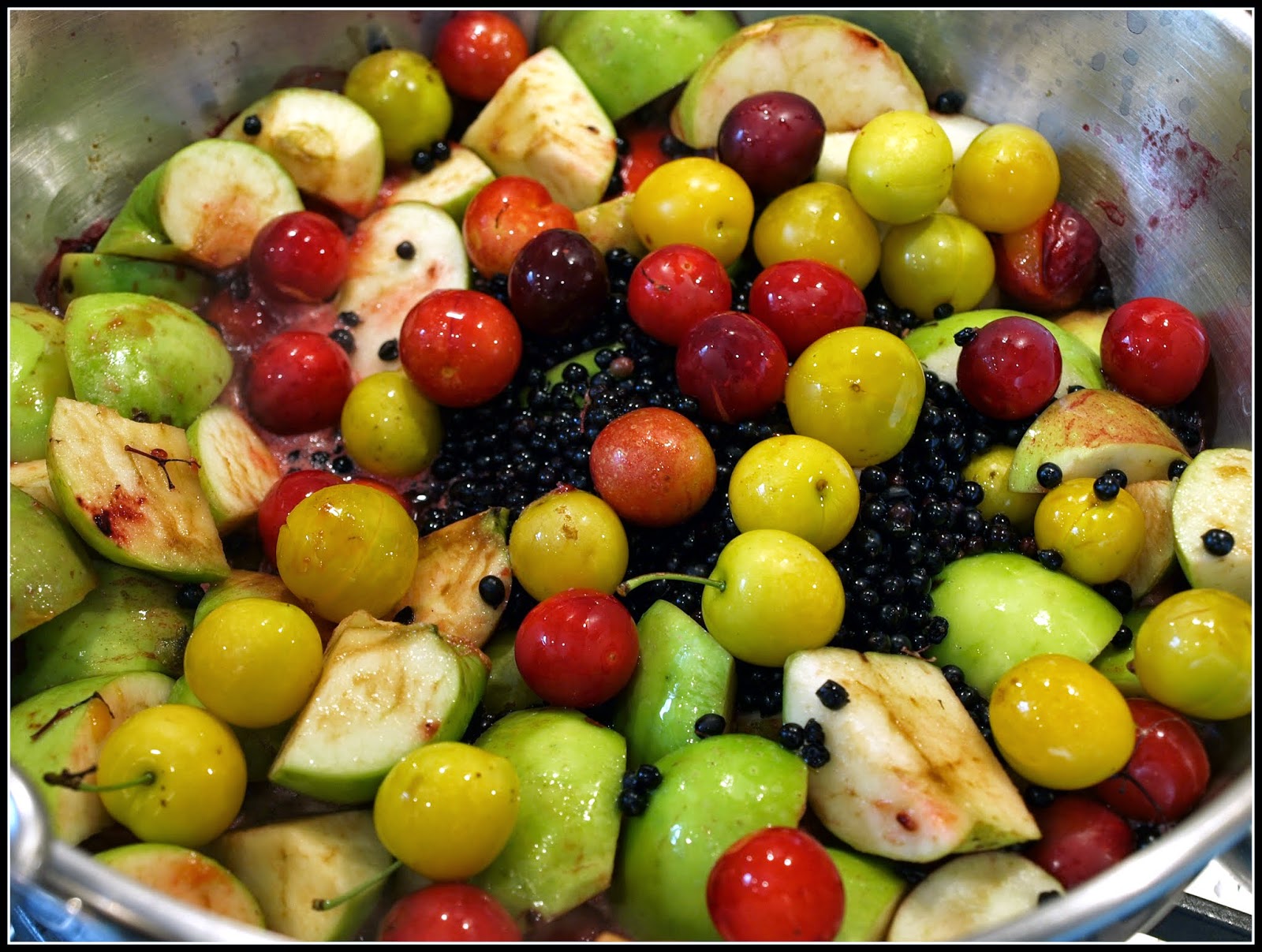 Having completed the Hedgerow Jelly I made the yellow plums seen below (about 1.8kgs) into a type of jam sometimes described as "Fruit Cheese" by boiling their sieved pulp with the pulp of a similar quantity of apples, and sugar. I used Preserving Sugar, which has some added pectin, to help the jam to set. 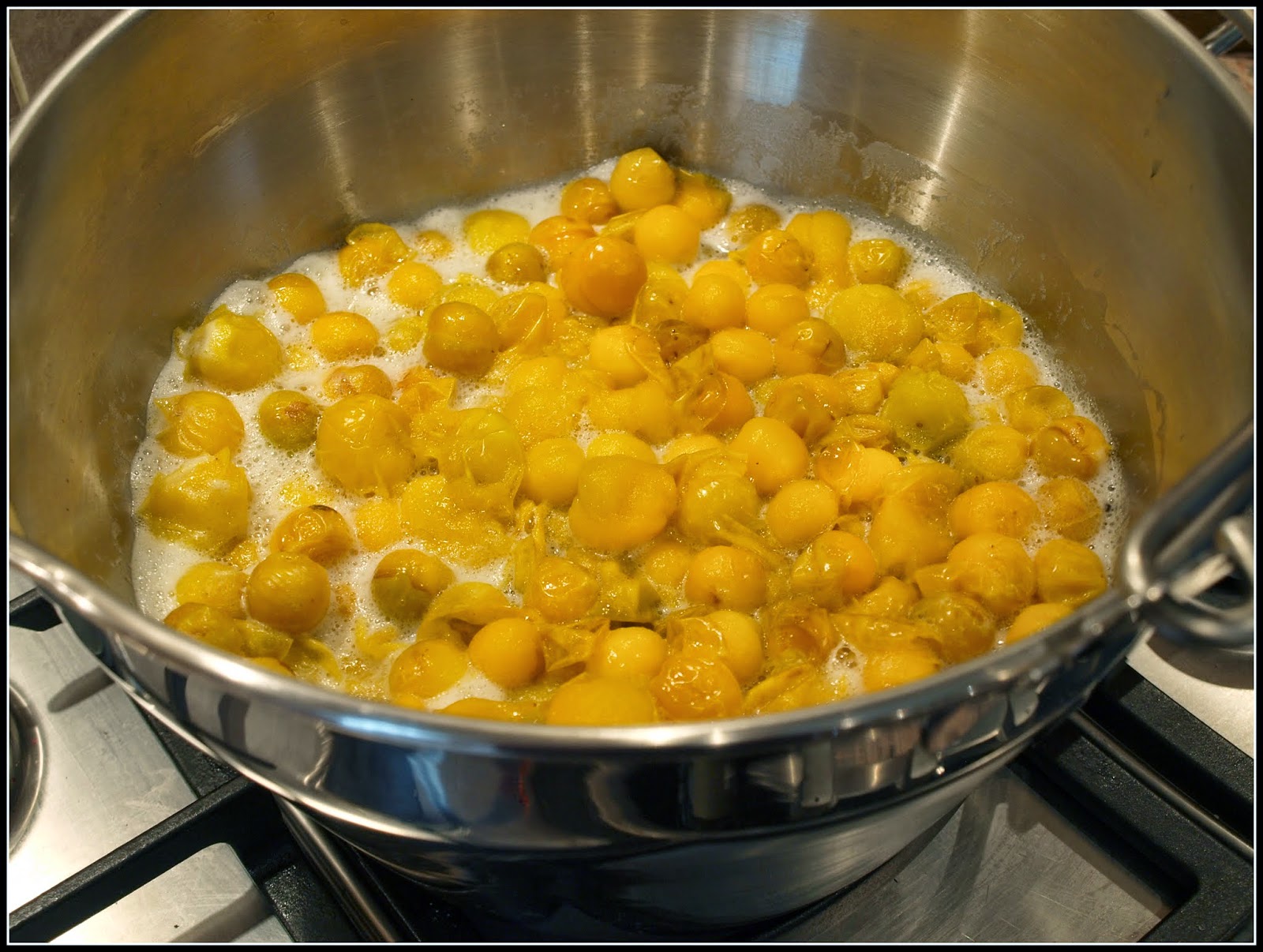 After finishing the Yellow Plum jam, I set about making some of the red plums into a chutney. This has a smaller proportion of sugar in it than jam, so I think Jane will be able to eat some of it.

The plums were cooked with some raisins and ground Ginger, in a spiced vinegar, and then de-stoned (easier said than done, please note!), and boiled with sugar and more spiced vinegar.


The mixture is boiled until it goes thick and sticky.


I'll be interested to see what the chutney is like when it cools, because the recipe I used makes something that is much more akin to a jam than to the traditional "Branston Pickle" type of chutney. It seems a lot thinner. Perhaps when it cools it sets hard.... 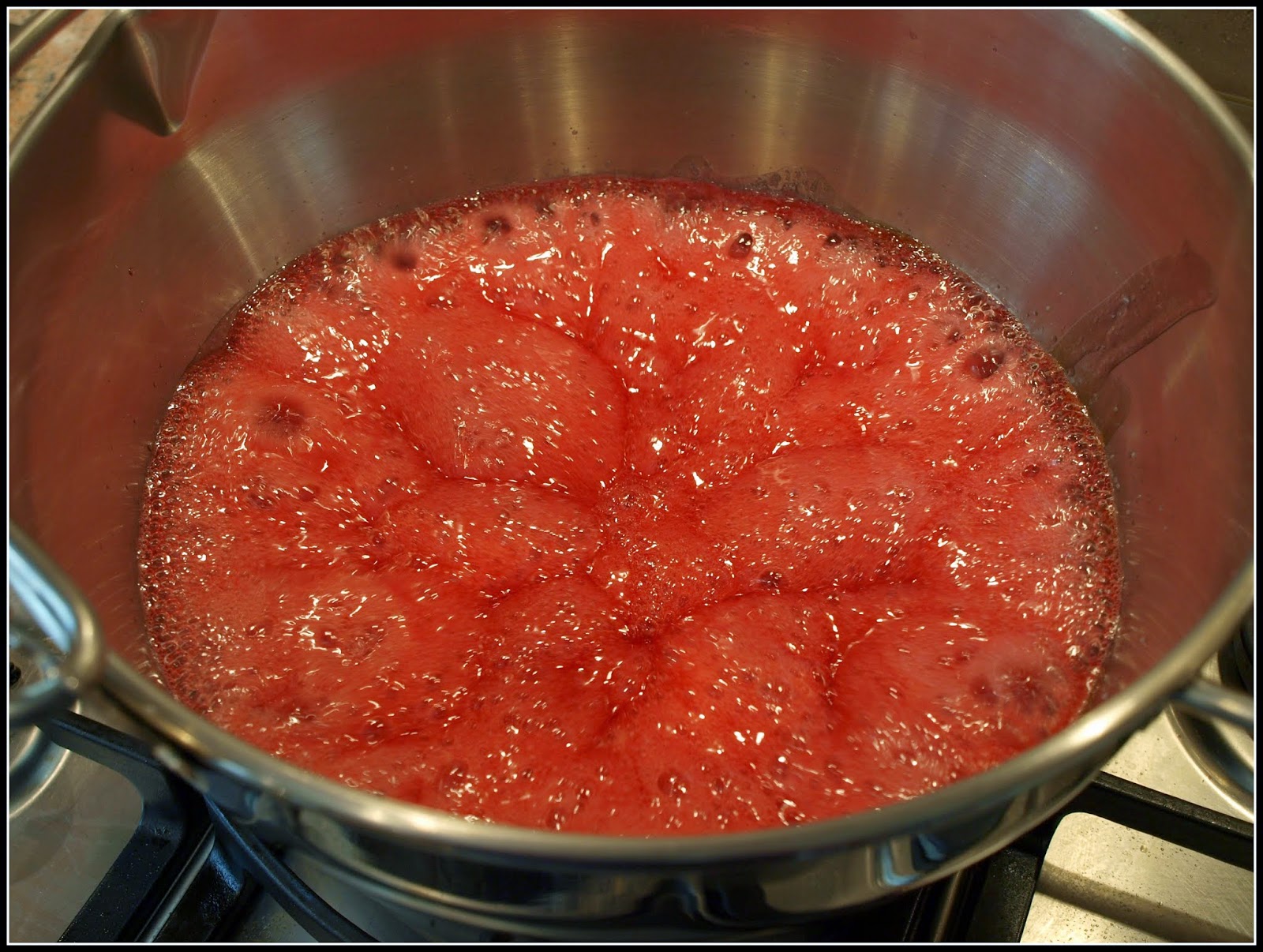 These little plums are best made into jelly rather than jam, because it is very difficult to extract the stones. From these ones I made two and a half jars of lovely pink jelly:- 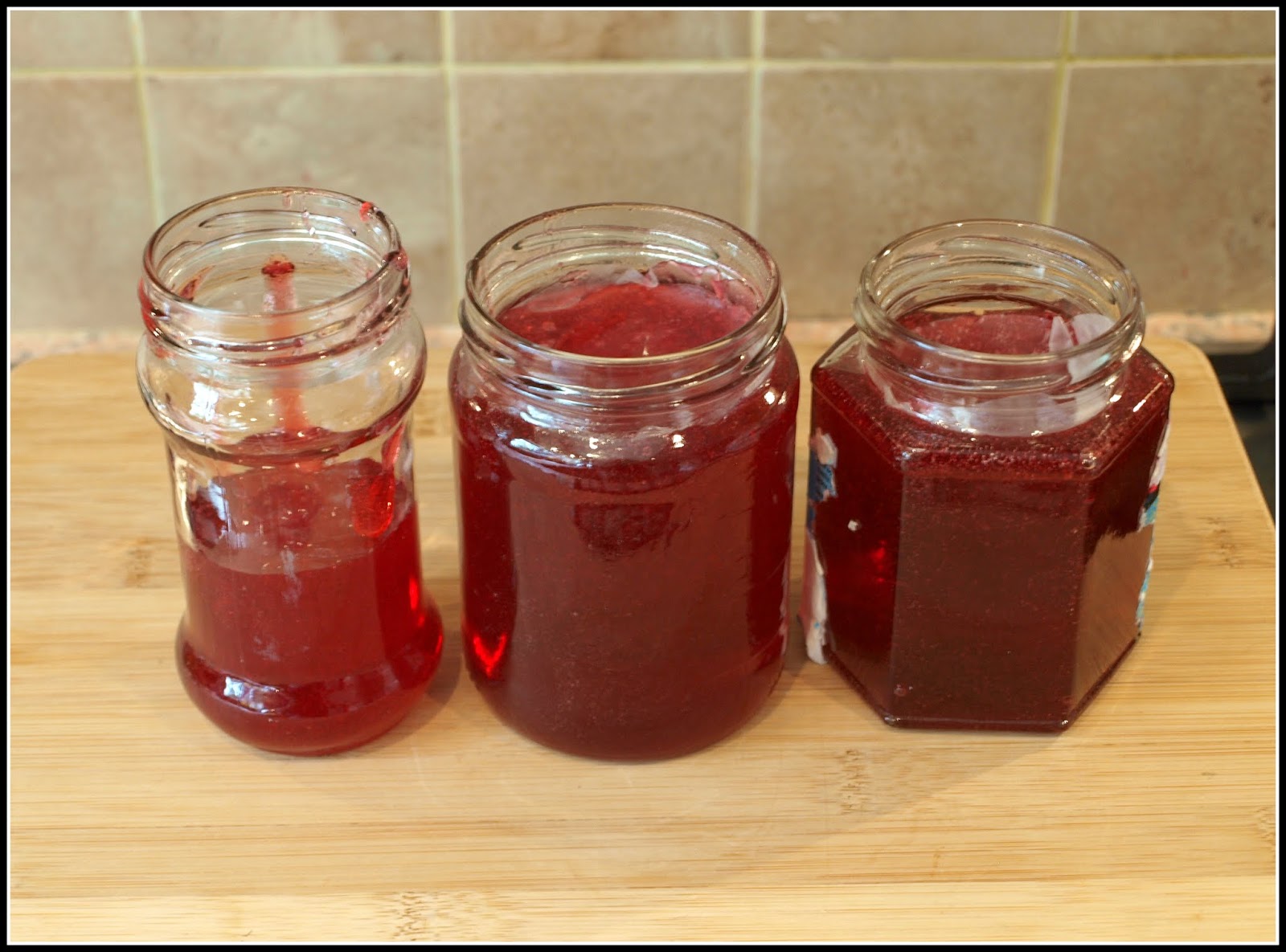 Here is one of each of the jellies I made: 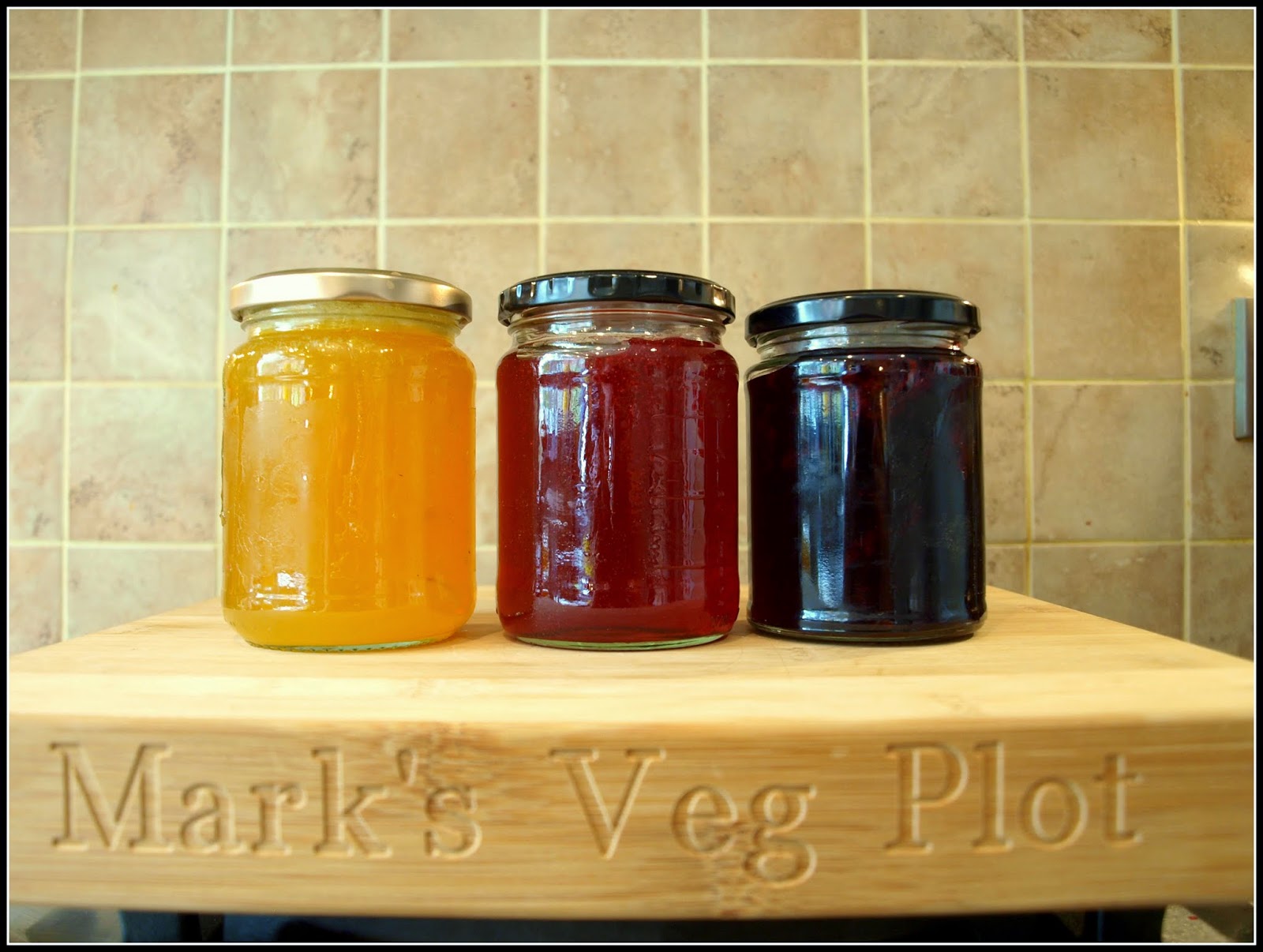 Guess what I am going to be eating on my toast for the next few months?! 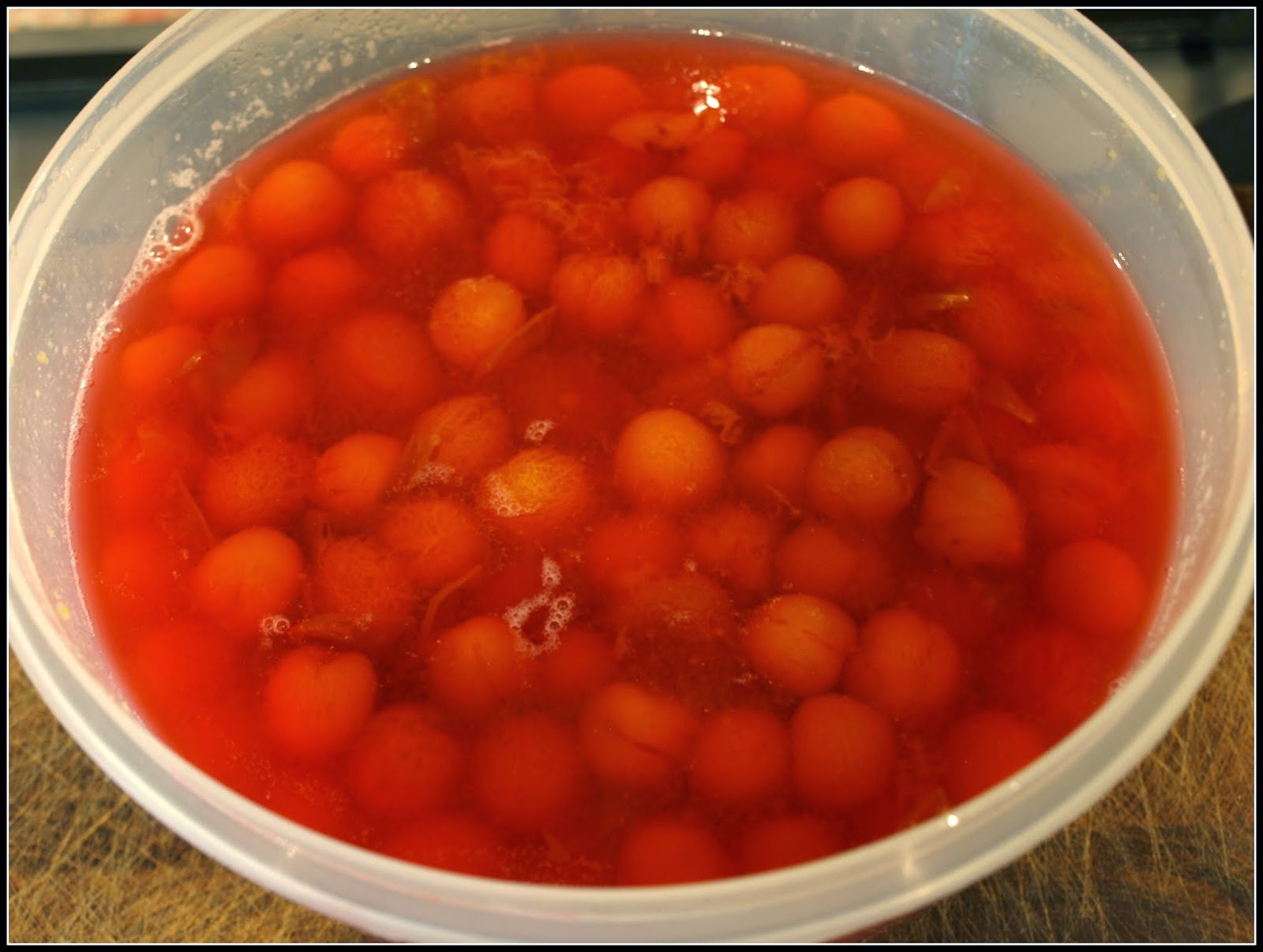 Obligingly, the skins of the plums came off during cooking, and I was able to skim off most of them, but the stones...well that's another matter. Tinker, Tailor, Soldier, Sailor, Rich Man, Poor Man, Beggar Man, Thief (repeated ad infinitum, I think!)
Posted by Mark Willis at 12:00