In writing my blog I have made it a point of honour to declare the failures as well as the successes of my veg plot. It's time to declare another failure...

For the last couple of years I have grown baby carrots in a couple of plastic crates positioned in a tall wooden planter, and they have given me very mixed results. Last year they were brilliant: 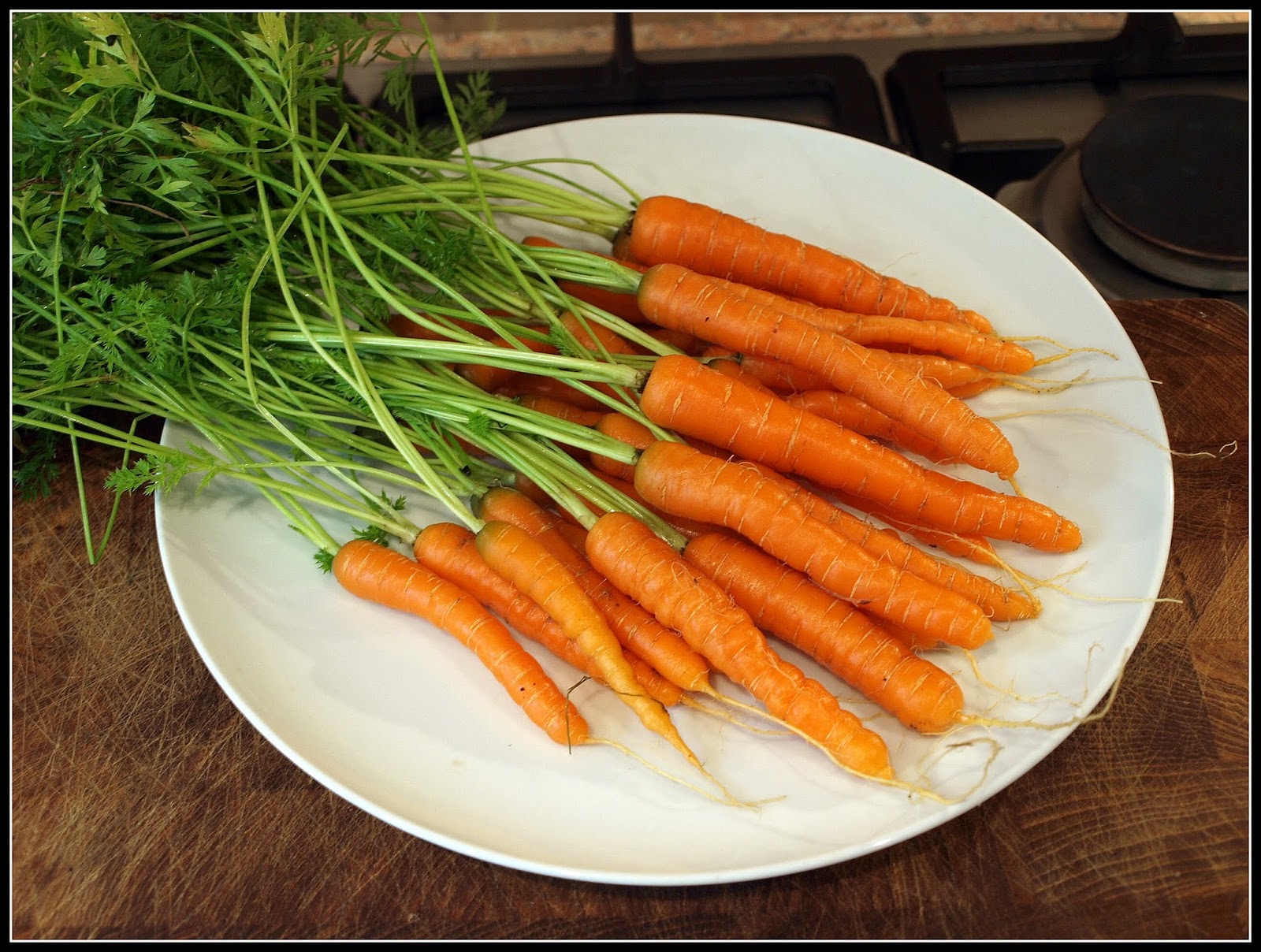 This year, however, things are very different. These are definitely Third Class carrots: 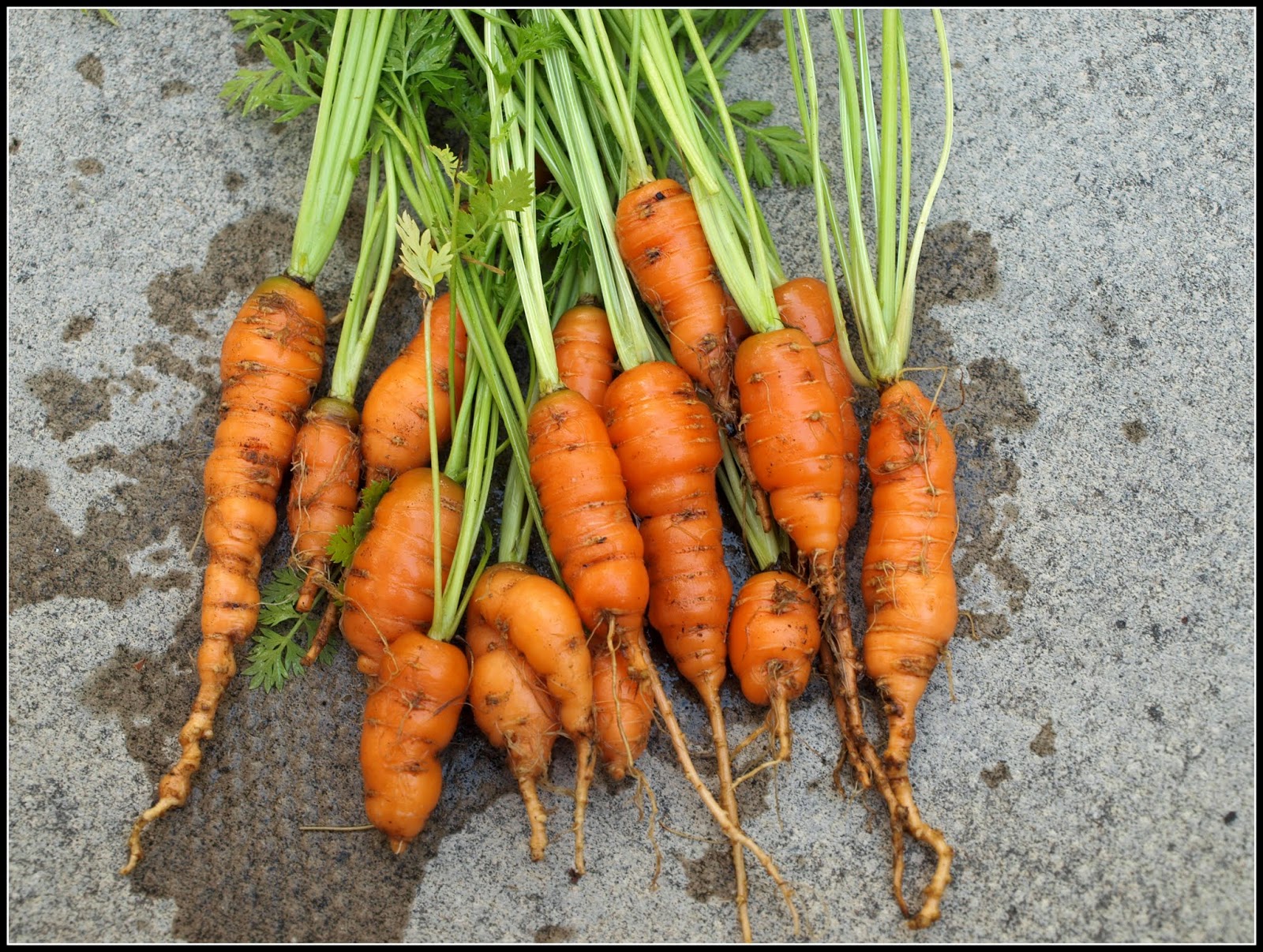 What a scruffy batch of carrots! It's not that they have Carrot Root Fly though. The dark bits are just where little roots have formed, trapping the compost, but they look decidedly unappetising anyway. 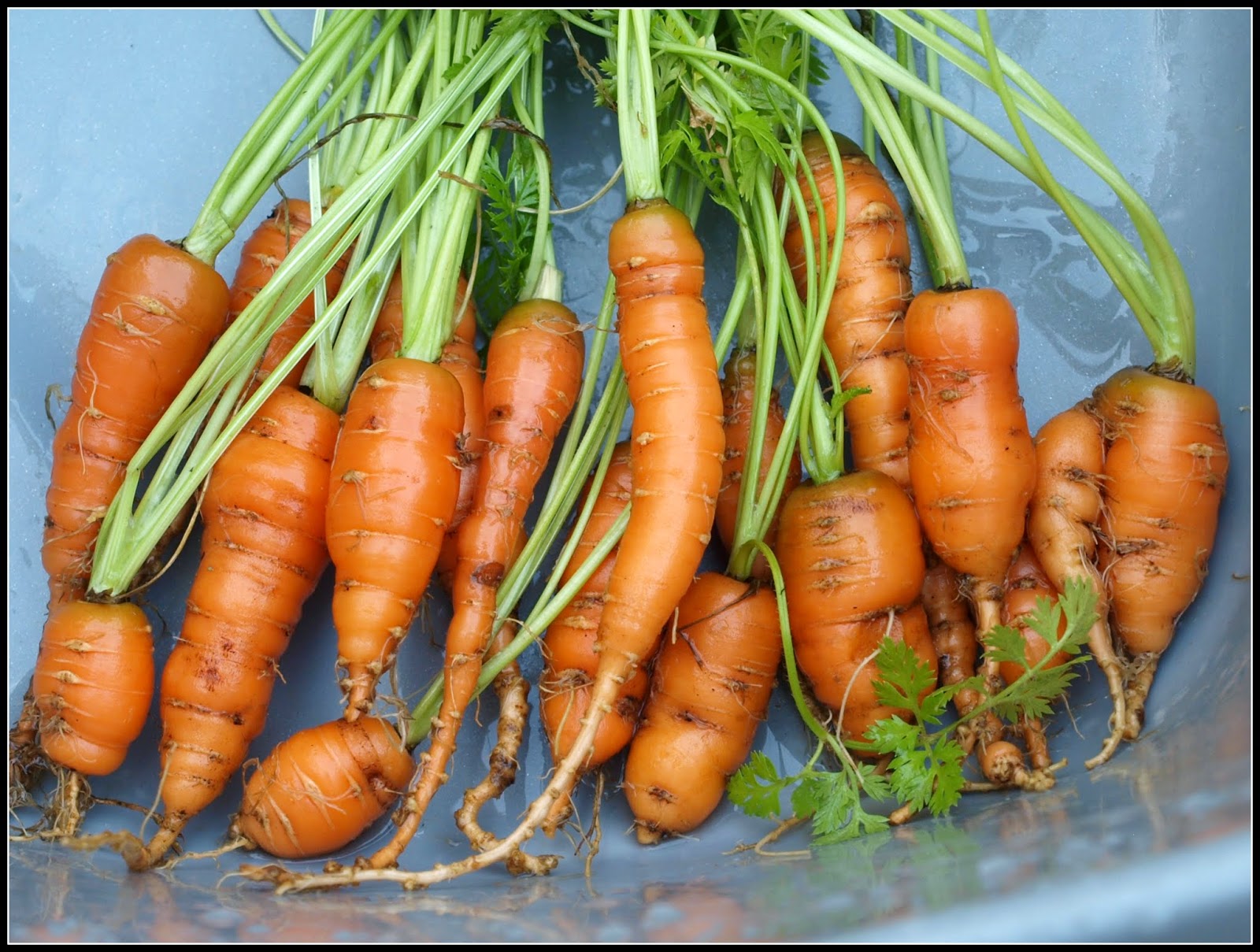 It took me a fair old while to make them presentable enough for us to eat. I first tried using a stiff scrubbing-brush, but that didn't work very well, so in the end I scraped them with a knife. 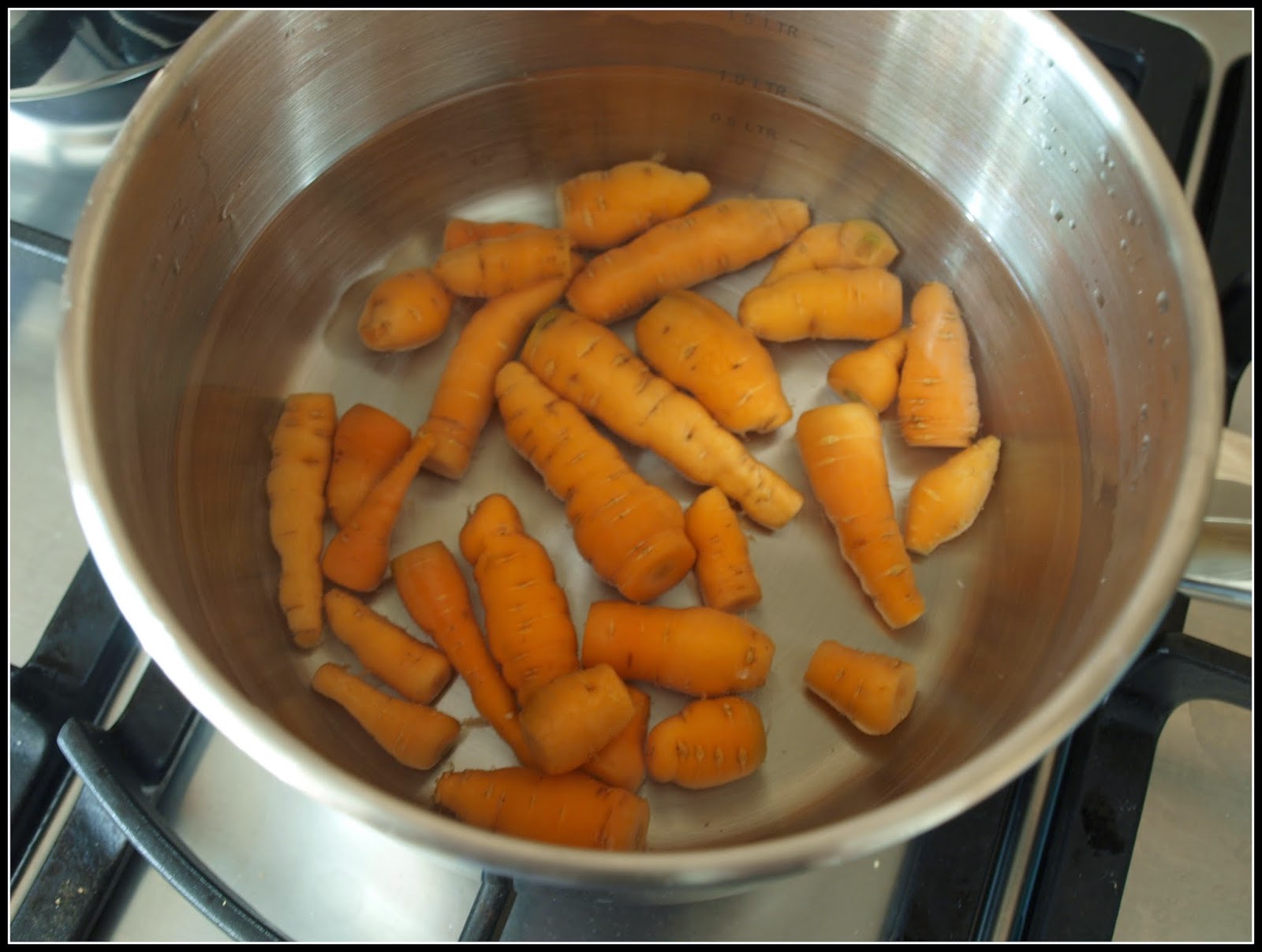 It was a lot of trouble, but it was worth it, because those were very tasty carrots. Looks are not everything, you know! I do not know what caused these carrots to be so small,  irregular and "bearded". I'm tempted to think it may have been the same old contaminated compost issue that affected everything else, because the plastic crates were filled with the same compost as that which I used for the beans, chillies, tomatoes etc.

Changing the subject somewhat, I want to reassure you that there are plenty of good-looking vegetables in my garden too. The Brussels Sprouts are looking particularly fine. The reason for this is undoubtedly the netting which has kept the butterflies (and hence caterpillars) away. 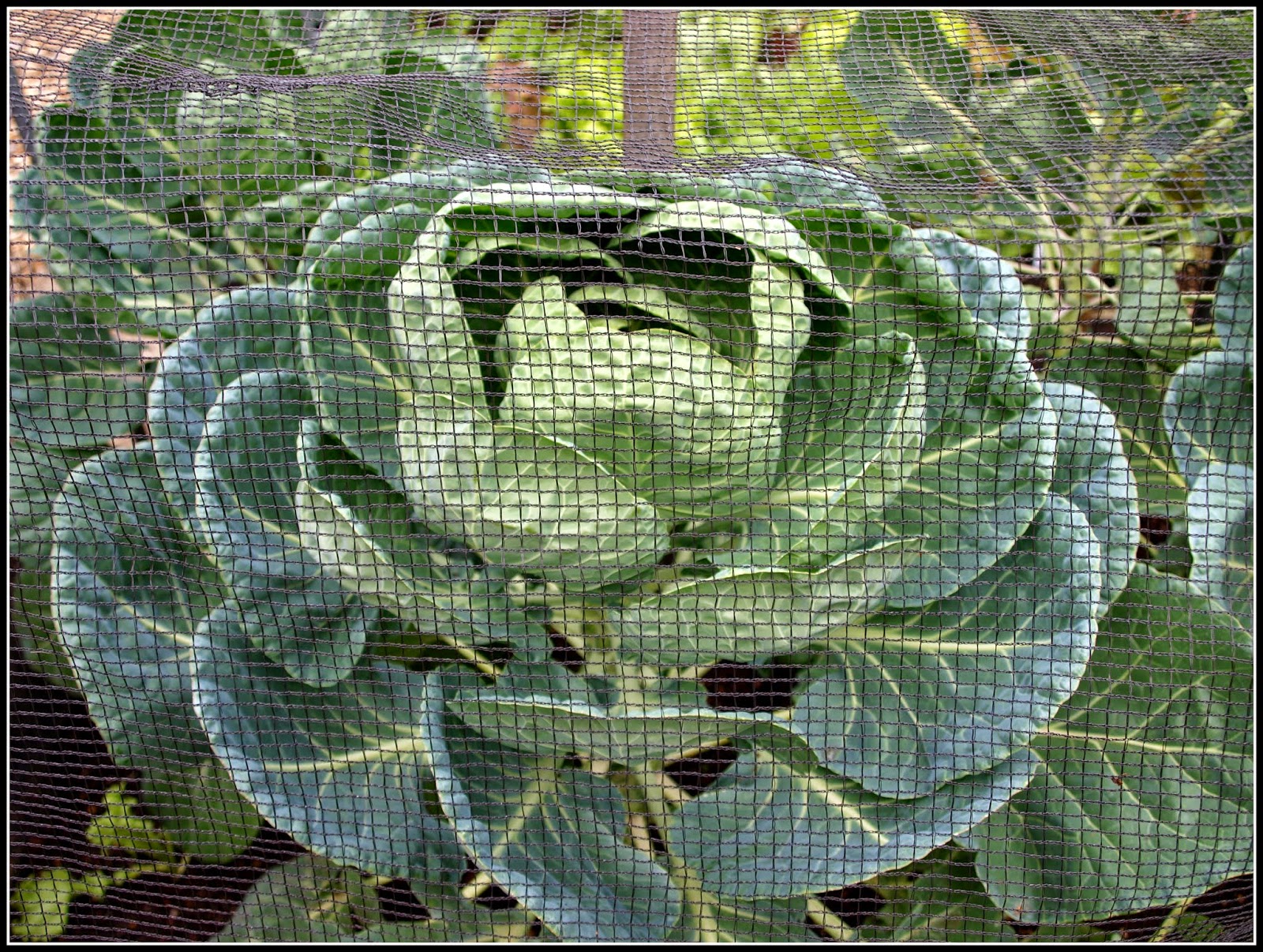 Many of you will have seen me write about Brussels Tops before, and know that I am a fan of them. The top of a Brussels Sprout plant is just like a cabbage, and can be used as such, though it is often discarded. It has a taste very much like the sprouts which form on the stem, and a texture like a firm cabbage. Often the tops become rather ragged by the time they come to be used, and are seen at best as a vegetable of last resort, but I'm planning their use already, so I hope they will remain in good condition.

I'm also pretty pleased with my salads, which are still going strong: 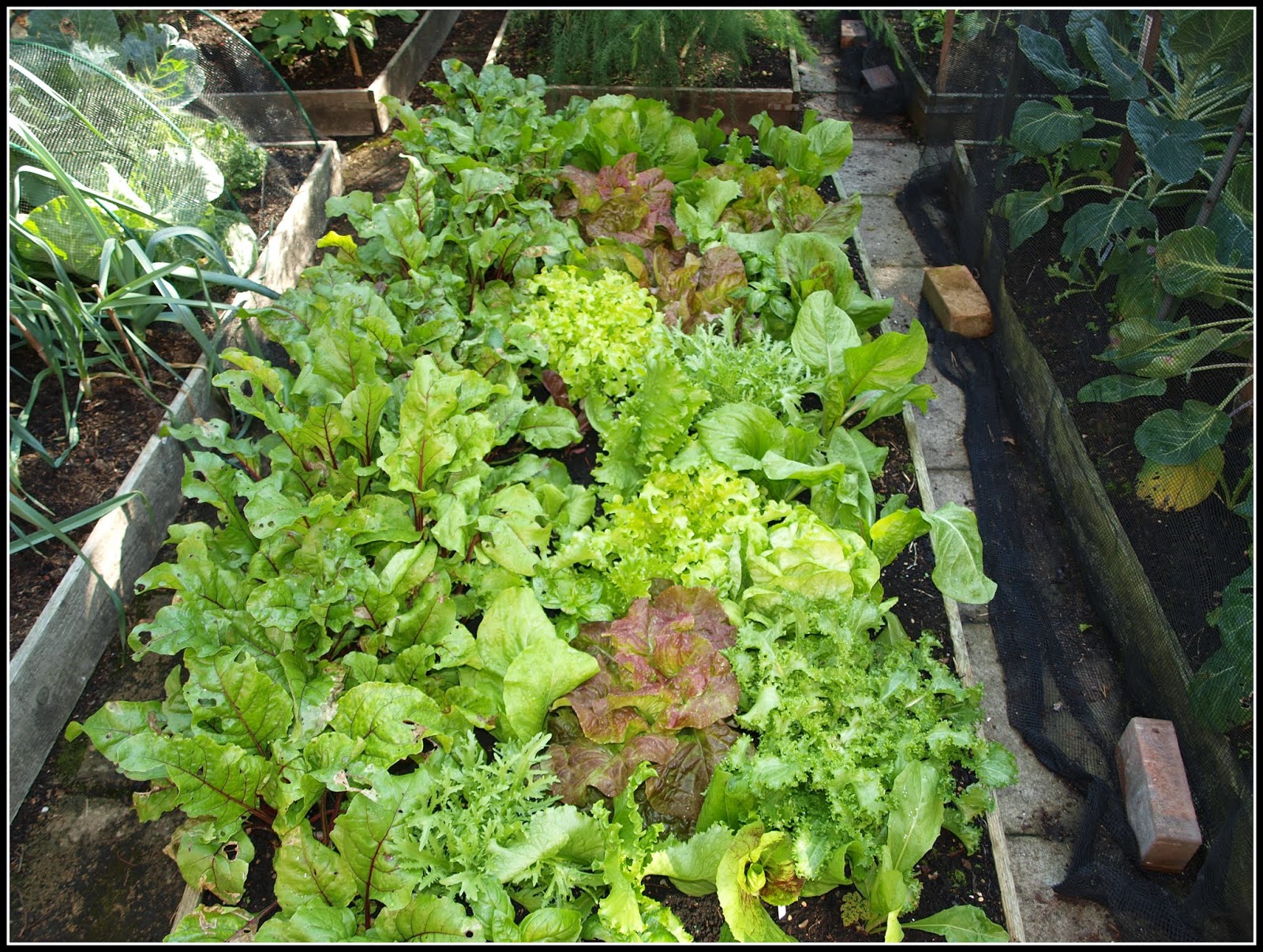 I think this is a good example of what is called "intensive cultivation". Every time a lettuce, endive or whatever is harvested, another one gets planted in the space vacated, so the bed remains permanently full. At the left as we look at it is a double row of Beetroot, and I'm picking those too now, a few at a time: 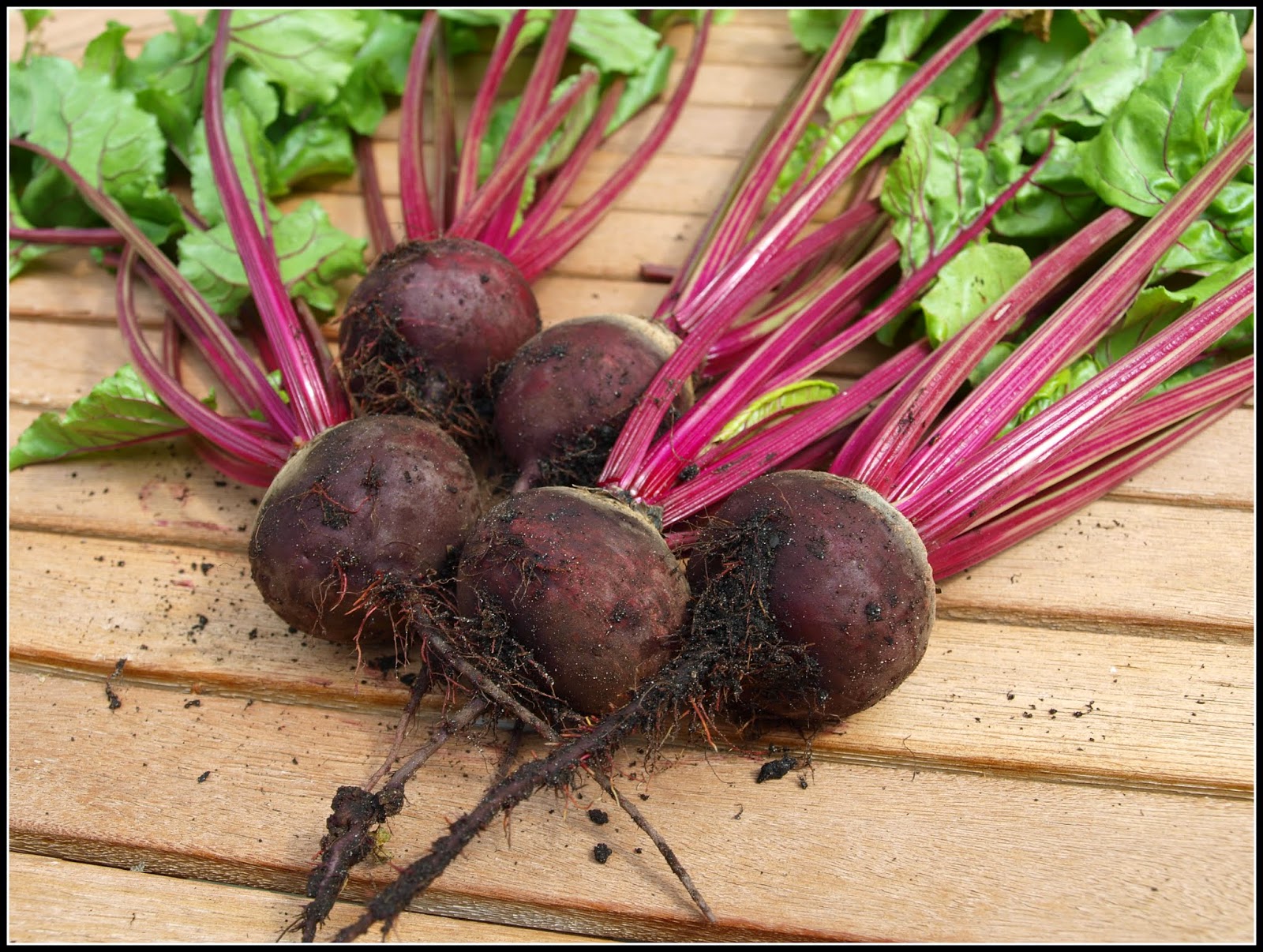 Here is the same batch, moments after being cooked: 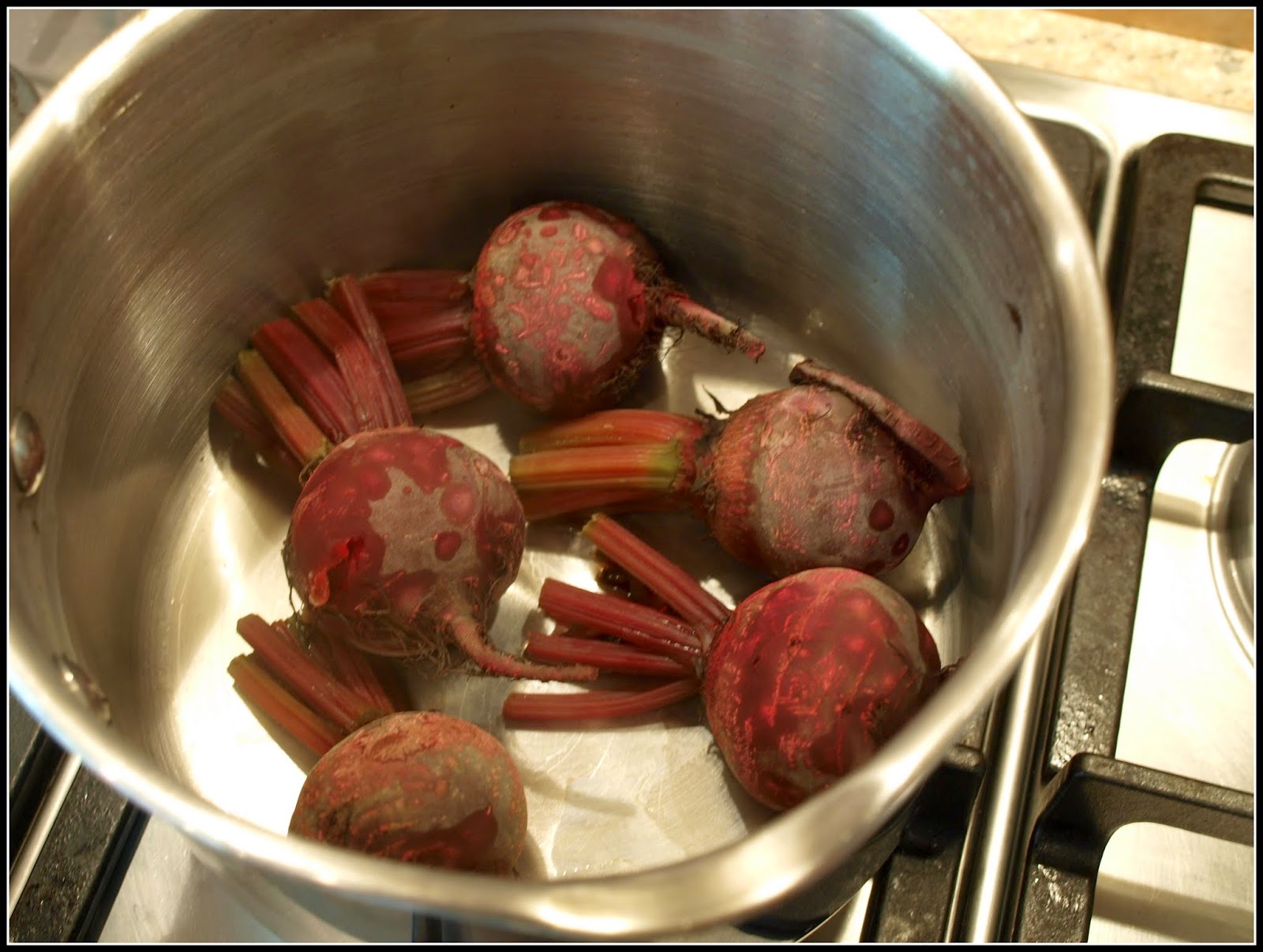 They look blotchy as the skins quickly dry out after draining. I wish you could smell them! Such a lovely earthy aroma. I described them recently as the "Marmite" vegetable, in that just like Marmite you either love them or hate them. I know few people who are indifferent to Beetroot.