Regular readers will know that I have had a good year for potatoes. The quality has been the best ever, and the yield has been respectable too. I don't keep detailed records of such things, so I can't say exactly how the yield compares with previous years; I just know that I have been very satisfied with what I have got - up till now. In this context then, maybe the following batch of Pink Fir Apple must be seen as a failure... 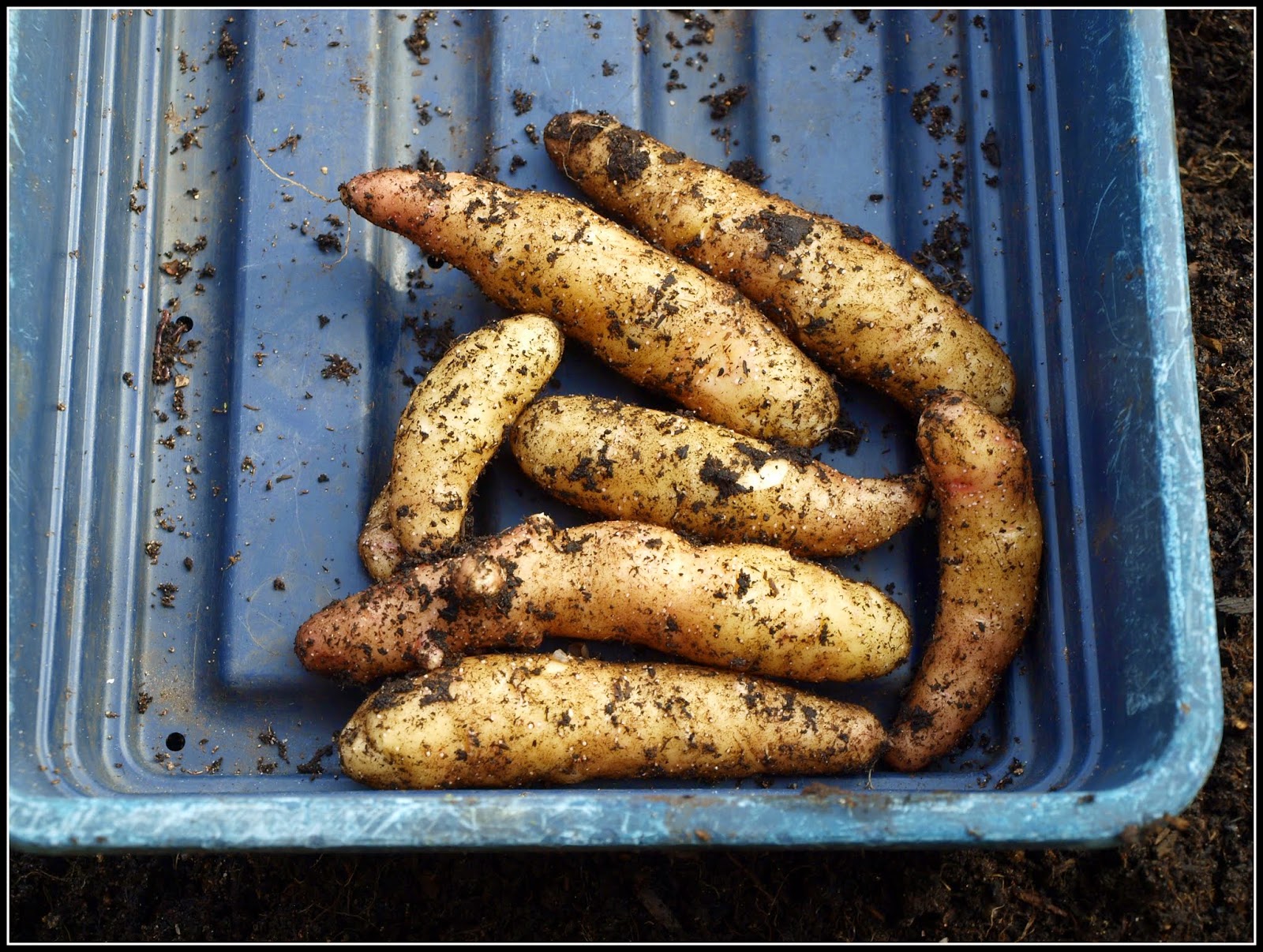 Those six tubers (Yes, I know it looks like seven, but one of them has two bits, joined at a right-angle) are the total yield from one plant, grown in one of my big pots. I must confess that I am disappointed. I had hoped for more. It's not even as if I have been impatient and harvested too soon, because apart from those tubers in my photo there were only two other really minuscule ones, so I don't think that waiting another couple of weeks would have made any perceptible difference. Normally when I harvest potatoes I expect to see tubers of several different sizes, but this plant had only these few.

After washing the potatoes I weighed them. They came in at a meagre 281 grams: 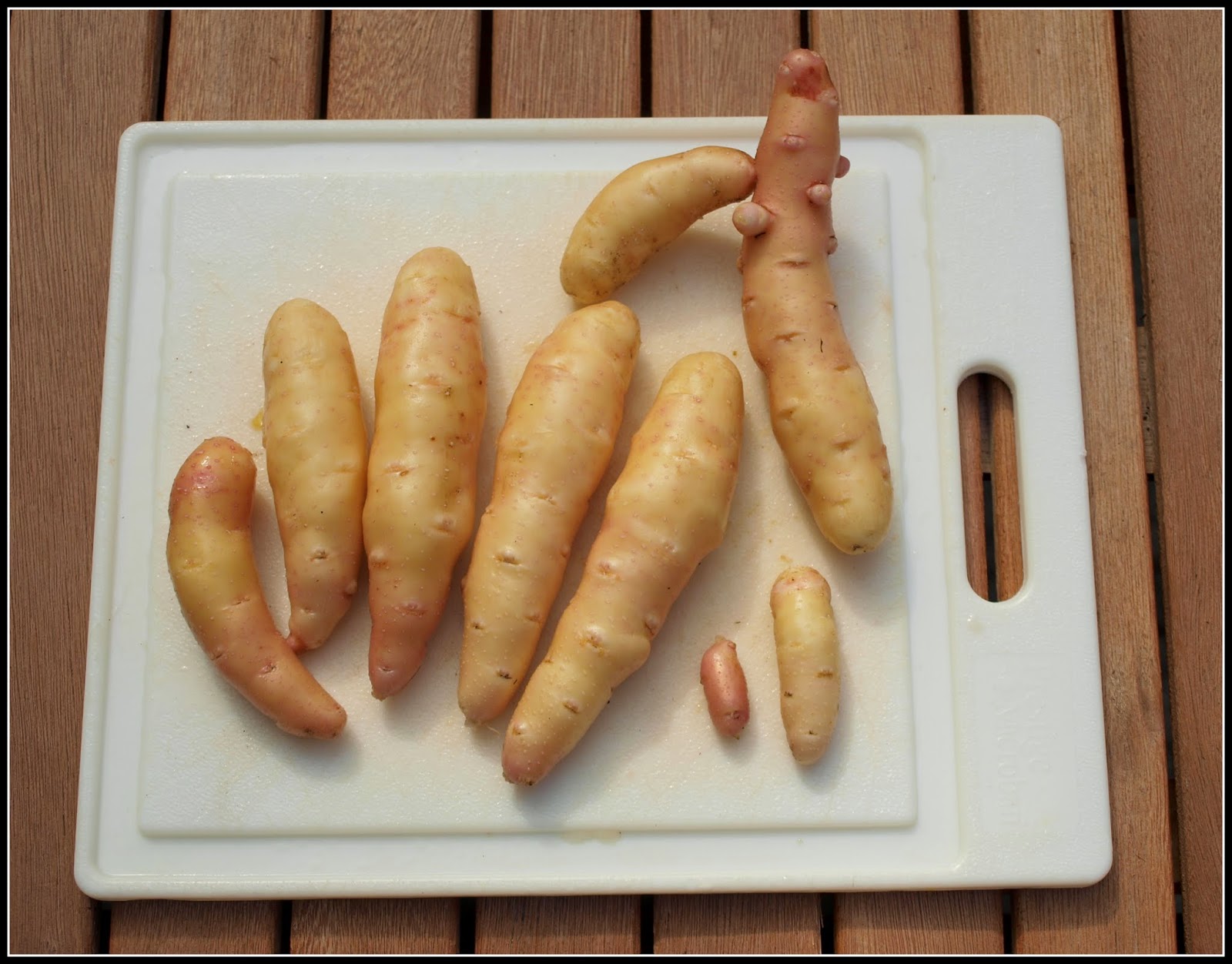 Still, they are quite good-looking potatoes again. Not particularly pink, considering their name, and with one exception, not particularly knobbly by the standards of this variety, but nice nonetheless.

Now what about the Carrots? Whilst the ones grown in my big Woodblocx raised bed are good (by my standards), the "finger" carrots grown (as I have done several times before) in black plastic tubs in a raised wooden planter, have been pathetically bad this year: 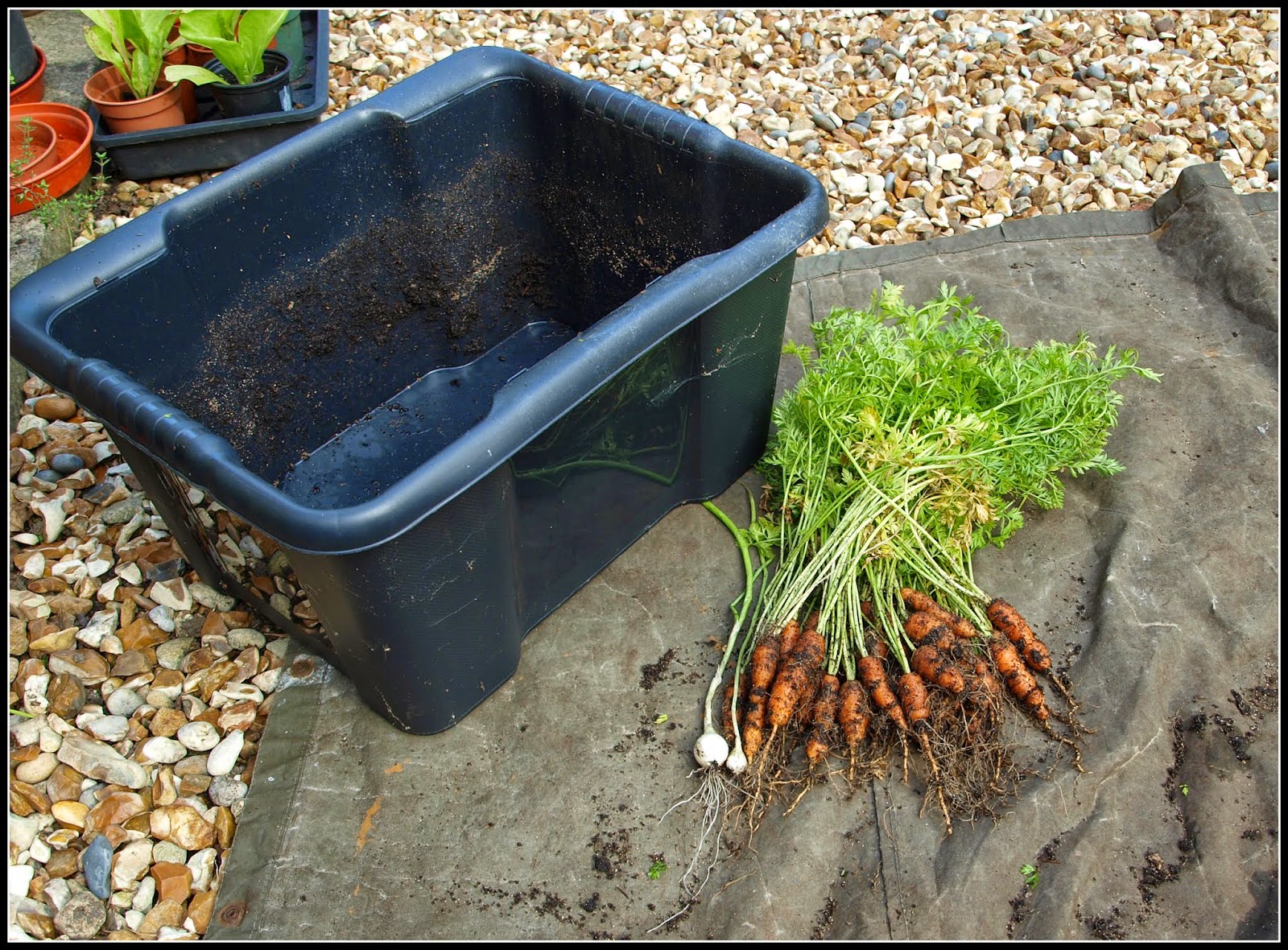 These carrots are small and very "hirstute" this year - they are covered in a mass of hairy roots. 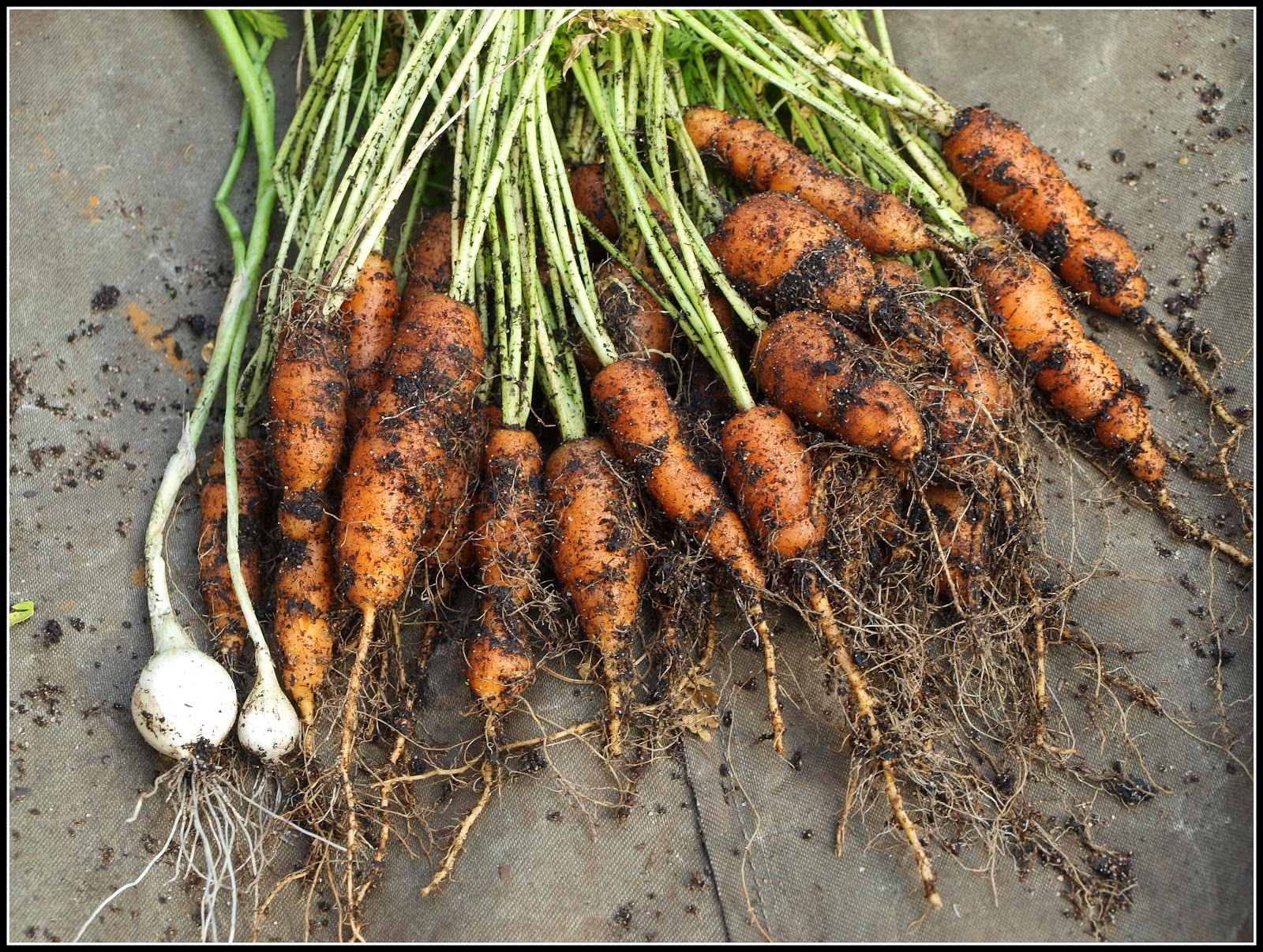 These carrots are useable, and I'm sure they will be tasty enough, but they will need a huge amount of effort to make them fit for consumption. I know from my experience with a previous batch that I will need to scrape them with a knife: scrubbing will not be enough. Scraping about 50 tiny carrots will take ages!

So is that a failure? I think the answer is probably "Yes". I spent money on the compost (which was almost certainly the reason why the carrots were poor); I spent time on sowing the seeds, protecting them from Carrot Root Fly, and watering them. I even spent about a quarter of an hour picking through the compost to find anything that might be worth saving. And what do I get? Enough carrots for a small helping for two people. They had better taste nice!!!