I have been harvesting potatoes again... This time it is some of the variety "Nicola". 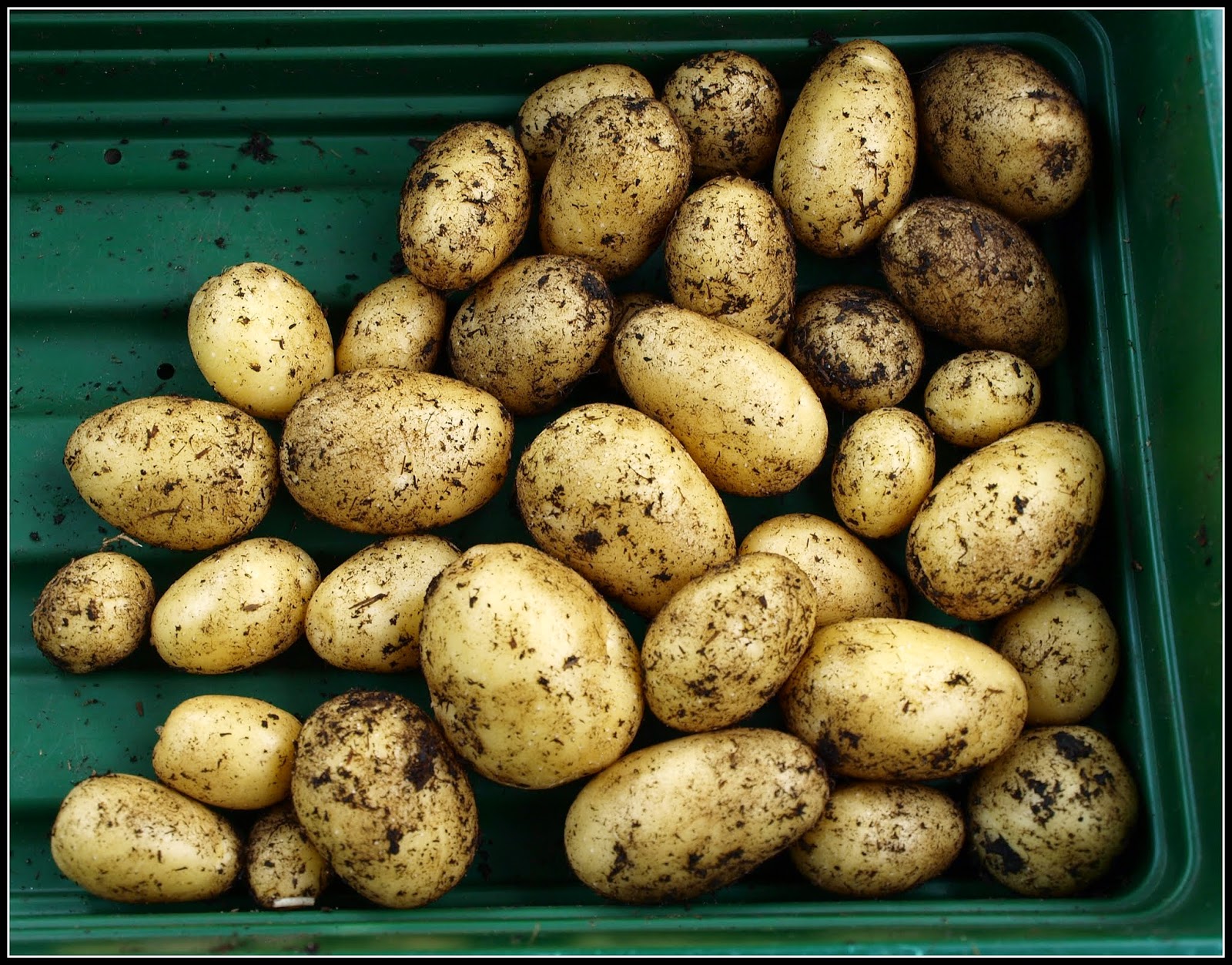 This is a late Second Early type. It has cream-coloured skin and firm yellowish flesh. Its eating qualities are similar to "Charlotte". 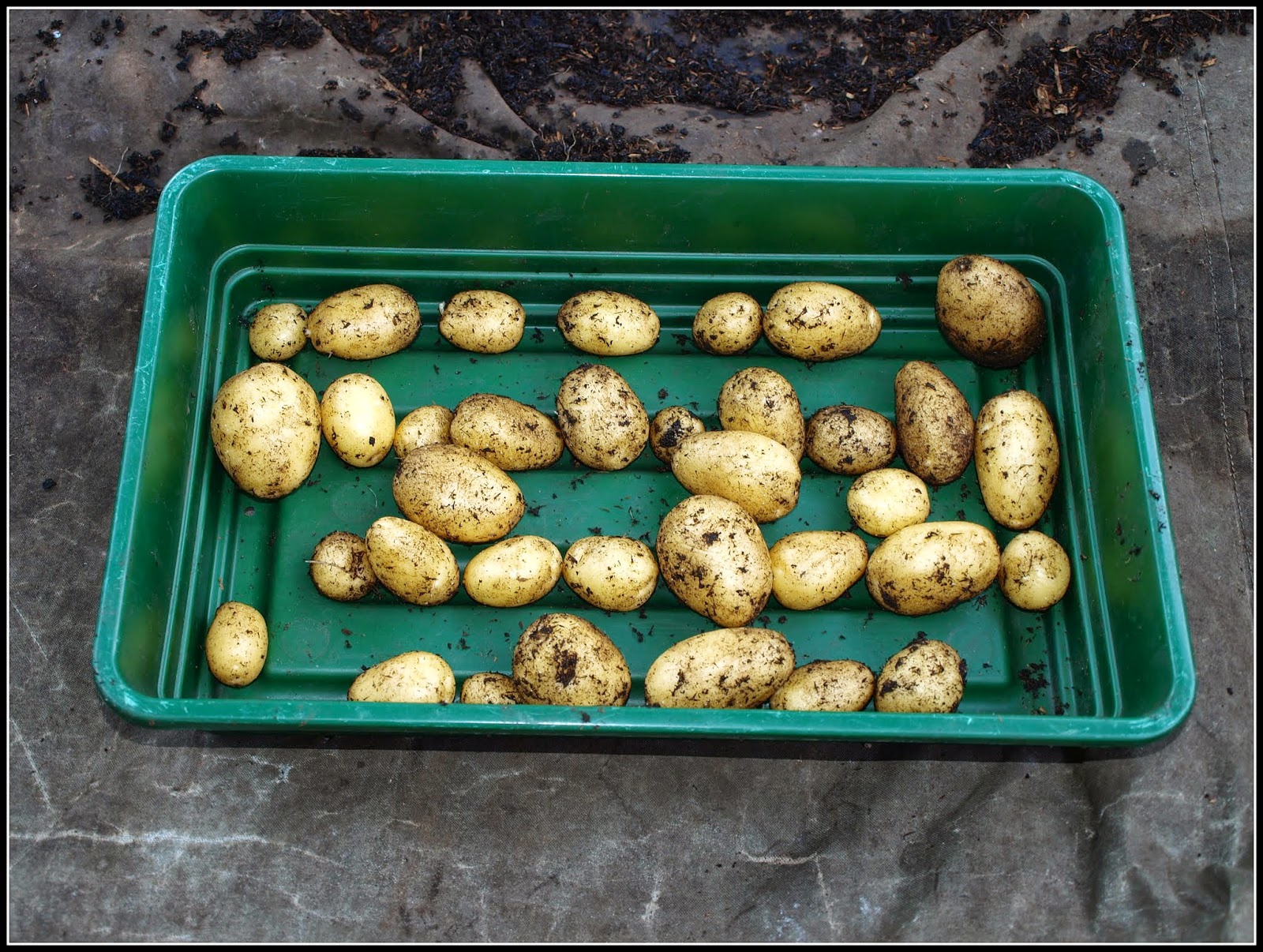 Not counting the "tiddlers" which were too small to be worthwhile, there were 35 useable tubers in this batch, which weighed 900g. I suppose it is because they have been in the ground longer than most of the other types I planted, but I think that is a good yield from one seed tuber. All the potatoes in this series of photos came from the one plant, grown in a 40cm container. They are a nice size too - no huge ones, and mostly the size of a small hen's egg. 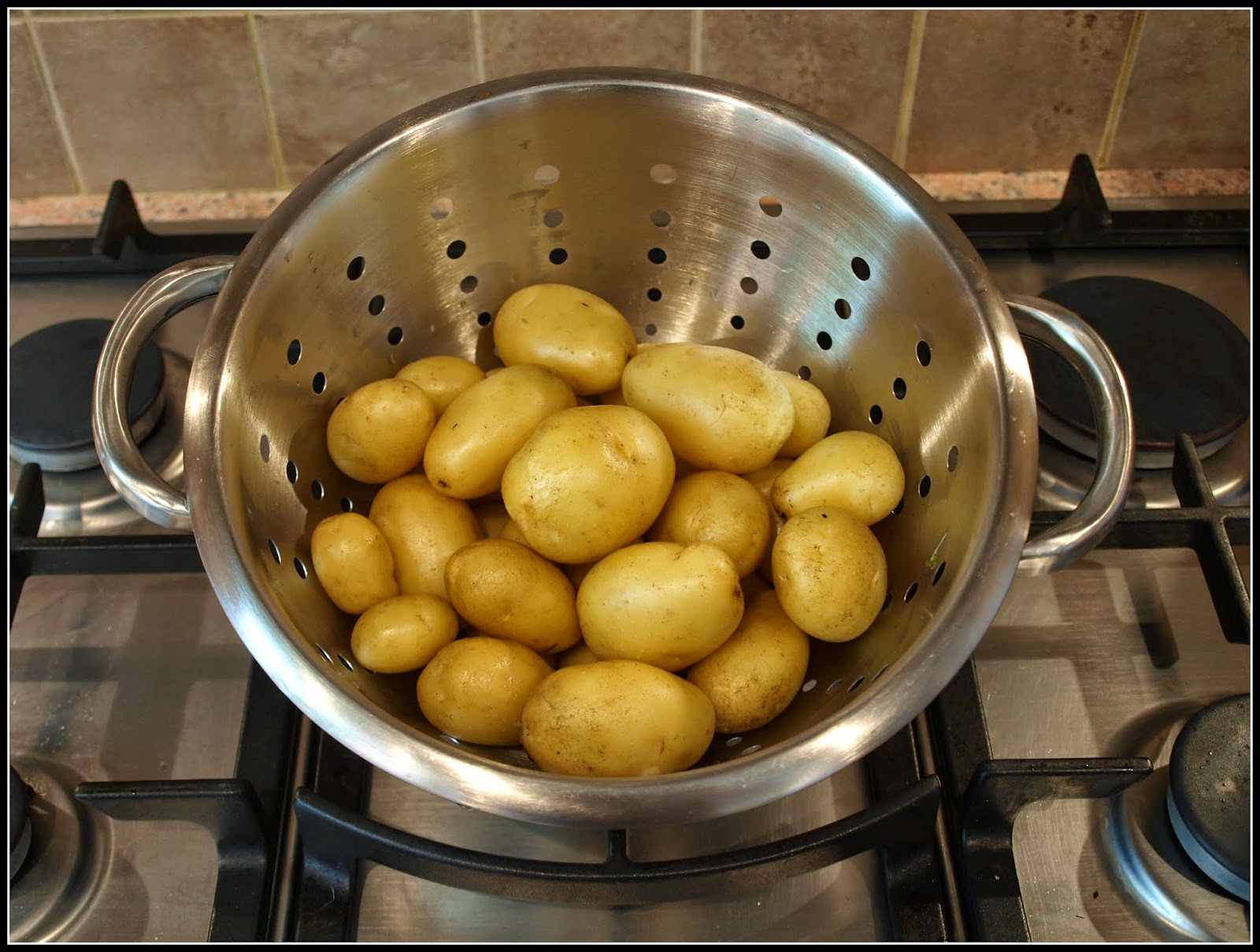 They look even nicer when washed and ready for cooking, don't they? I have to say that even I am impressed with how clean my spuds are this year. I'm sure it is due to the fact that they were grown in composted stable manure. Anything with a high "bulky organic matter" content is good for preventing scab on the tubers. So you win some, lose some, eh? The tomatoes have been very poor due to compost issues, but the potatoes have been good despite having been grown in the same compost. The more I think about it, the more convinced I am that the contaminated compost was not the stable manure stuff, but the multi-purpose compost in which my early seedlings were raised. 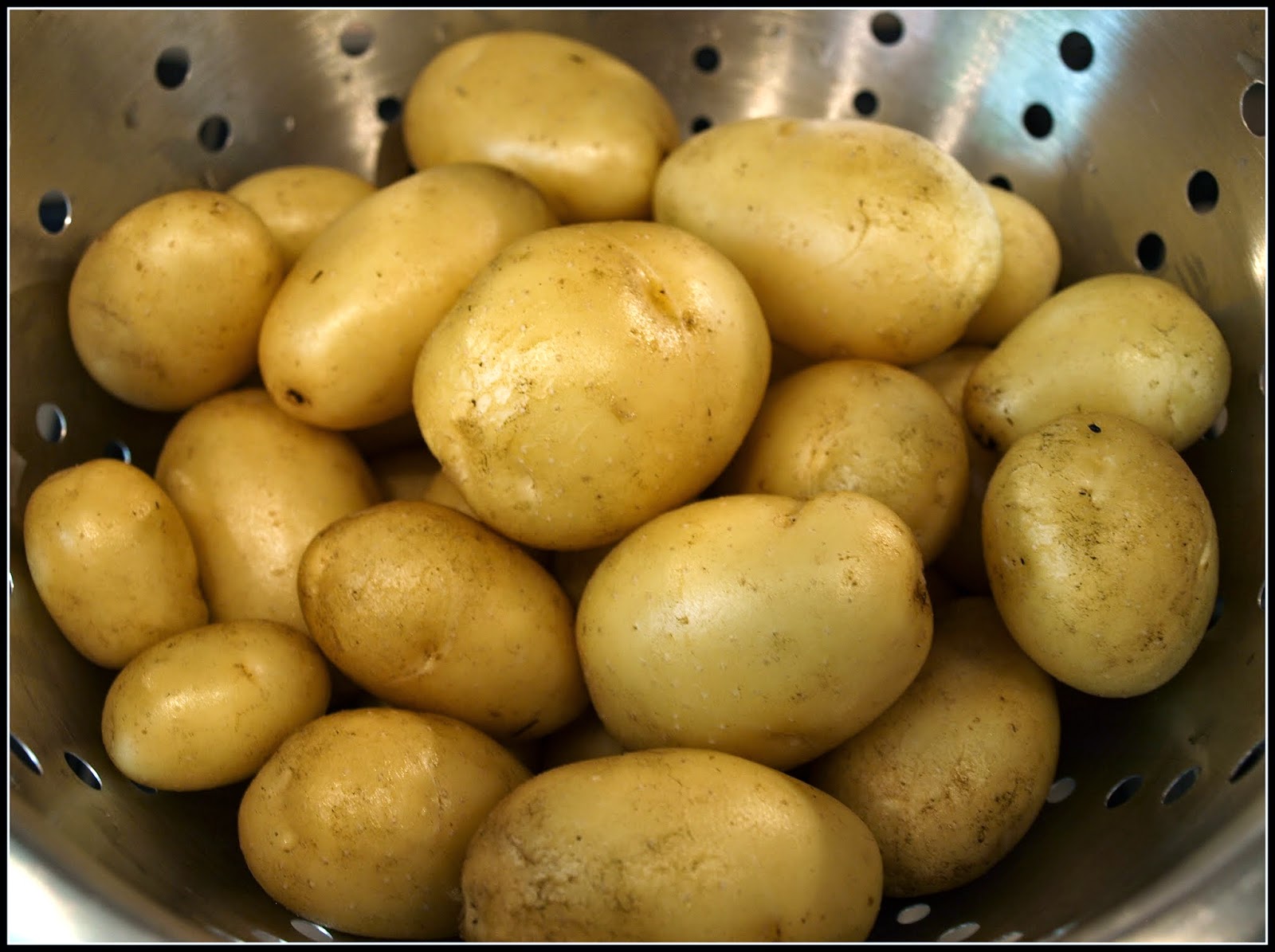 Potatoes like these are not intended for long-term storage. They are best eaten within a couple of weeks of being lifted. I have three more containers of "Nicola", as well as four of "Pink Fir Apple", so we should be OK for potatoes for about the next two months!
Posted by Mark Willis at 12:00