I'm re-publishing this post in order to enter it into the Herbs on Saturday blog-hop hosted by Karen on Lavender and Lovage. If you haven't discovered this yet, why not take a look?

The usual way to cook Pork Chops is to grill them, but if the chops are quite thick I find they can sometimes go quite dry and tough on the outside before being properly cooked on the inside (and no-one likes pink pork!). An alternative cooking method is braising, which is slower, but keeps the meat moist. It involves quick browning of the meat, followed by slower cooking in liquid. My variation on this theme is Pork Chops braised in cider. Roast pork is often accompanied with apple sauce, so I thought the cider would be an appropriate continuation of this theme. 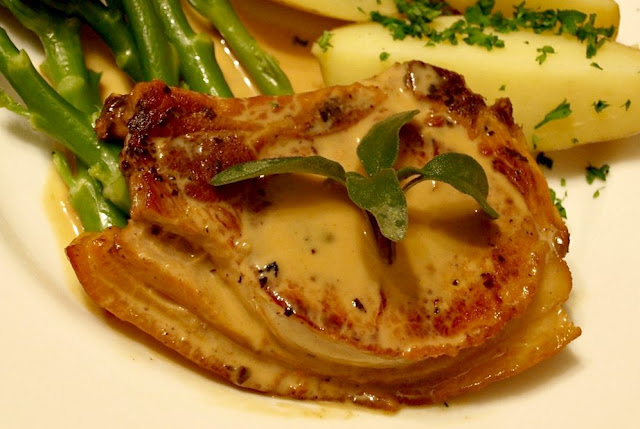 Here's how I made the dish:-

Step 1: marinate the meat.
I lightly scored the surface of the meat with a very sharp knife, then I worked into it some crushed garlic, black pepper and chopped fresh Sage (from the garden), held in place with a tiny quantity of olive oil. I then let the meat stand, covered with clingfilm, in the fridge for six hours to let the flavours permeate. 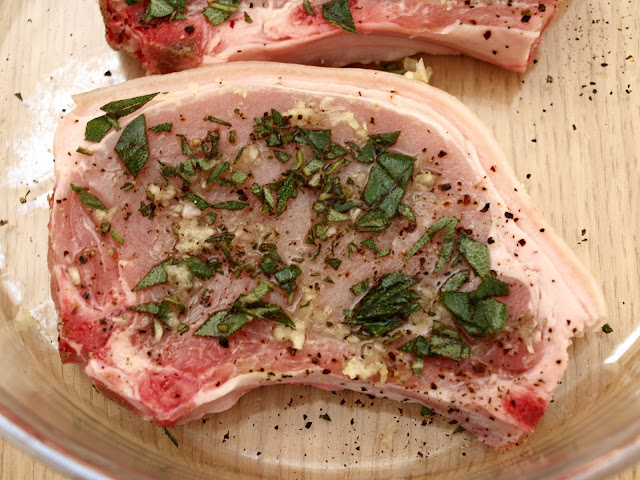 Step 2: Brown the meat.
About an hour before cooking time, I lifted the meat out of the fridge, to allow it to come up to room temperature. Meat cooks better if it is more relaxed and not too chilly! I also scraped off most of the sage used in the marinade, which had gone quite black by this stage, its job done.

I then briefly cooked the chops in a frying pan with some hot oil, turning once or twice to make sure both sides were done. If you omit this stage, the meat will look very pale and anaemic - less attractive in my opinion. 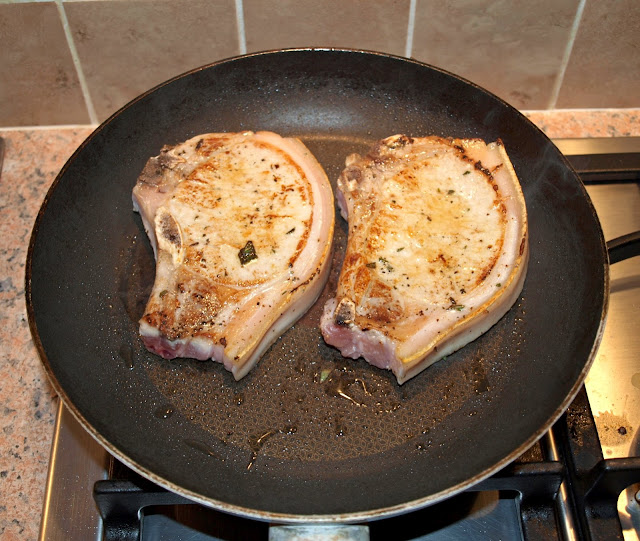 Step 3: Braise the meat.
I poured a 500ml bottle of dry cider into a deep sauté pan, along with about 5ml of concentrated chicken stock, added the chops and brought the pan up to a gentle simmer. 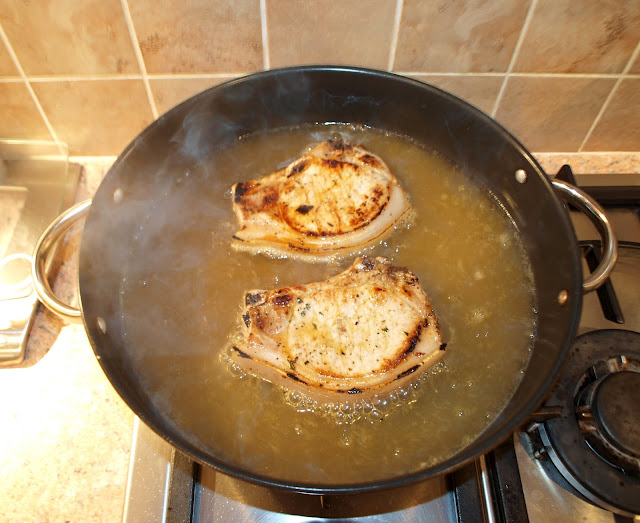 I covered the pan and left it to "tick over" for about 45 minutes. Cooking time depends a lot on how thick your chops are. Mine were about 2.5cm thick, and the pair of them weighed about 400g. 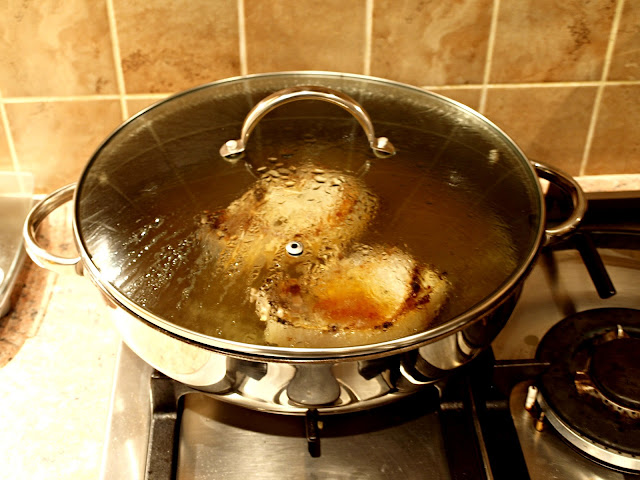 Step 4: Make the sauce.
When the meat was cooked (Test its texture with a sharp knife when you think it should be ready. The meat will probably still be firm, but the knife should pass through fairly easily), I removed it from the pan and put it on a plate in a very low oven to keep warm.
I made the sauce by first reducing the cider by boiling it hard for about 5 minutes, then simply adding about 100ml of cream, (I used Elmlea Light - a low-fat version)  and stirring it to emulsify it and heat it through. 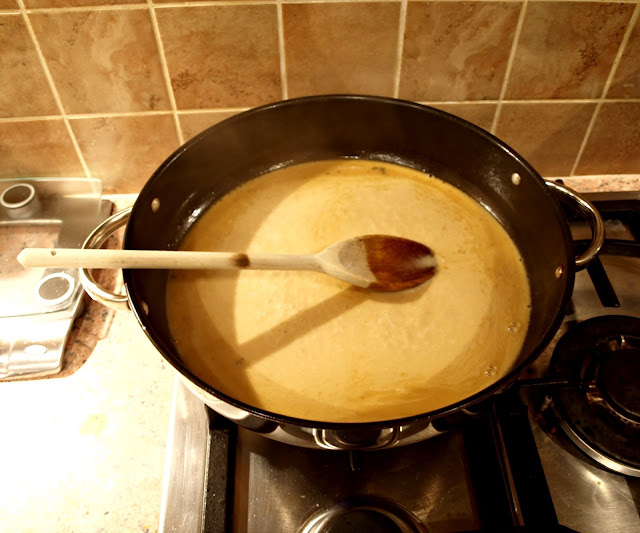 Step 5: Serve.
When everything was ready, I plated the chops, accompanied by some Charlotte potatoes tossed in parsley, and some Tenderstem broccoli, and then spooned the sauce over the top. I added another sprig of Sage as a garnish. 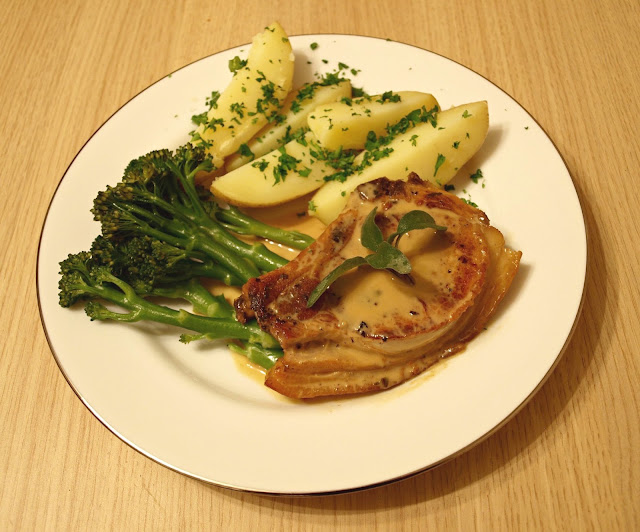 I don't think it would win me a Roux scholarship, but it's not bad for an Everyday supper.