Flower Sprouts - we finally get to taste them!

A couple of days ago the long-awaited Moment of Truth arrived: we ate the first of the "Petit Posy" Flower Sprouts! 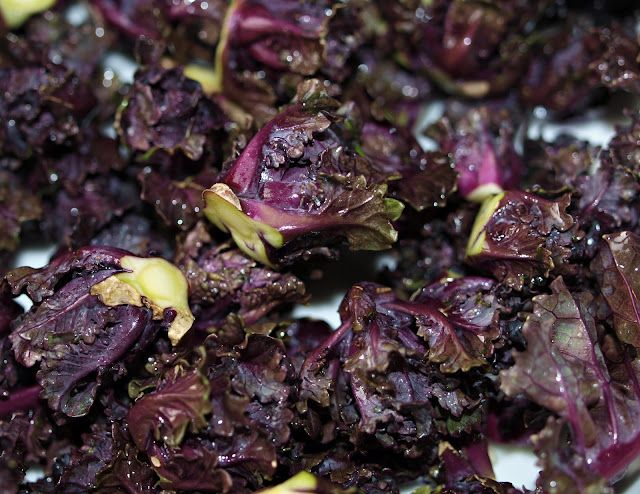 "What were they like?" I hear you asking. Well, they tasted OK but unremarkable. Nothing to write home about, as they say. Quite similar to Brussel Sprouts, though very mild. The texture was like that of young Cabbage. This new vegetable is a hybrid of Brussels Sprouts and Kale, allegedly giving the best of both, but I'm not convinced. I think I would rather have the two parents, separately. ("If it ain't broke, don't fix it").

I have to report that I am also totally unimpressed with the VSR of "Petit Posy". (VSR is Value for Space Rating). The seeds for these plants were sown in the third week of April so they have been occupying space for the best part of ten months. After all that time the yield was laughably small. On this occasion I cut one whole plant. Here you can see it next to a pair of secateurs, just to give you an idea of its size. 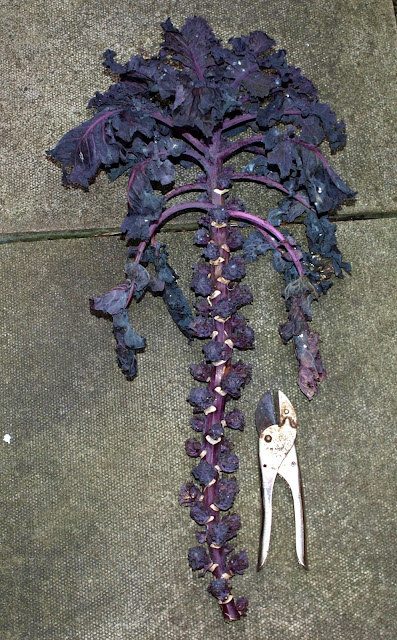 Unlike the non-F1 varieties of Brussels Sprouts, all the Petit Posy sprouts develop simultaneously, but even so, this one only yielded enough sprouts for a modest two-person serving. 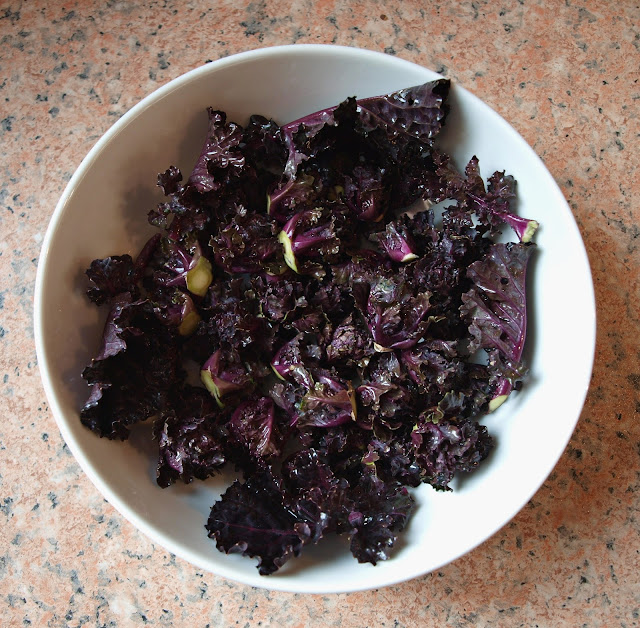 According to the principles of VSR, plants are judged against the following criteria:-
1. ﻿The length of time they are in the soil before they can be eaten or harvested
2. The number of servings yielded per square metre
3. Availability, fresh, in Winter or other times of scarcity
4.Quality - homegrown compared with bought
5. Difficult or expensive to buy
Well, I reckon Flower Sprouts score highly on the last one, simply because I have never seen them on sale anywhere. They also score some points for 3, and possibly 4 (because it's difficult to compare them with shop-bought ones when such things are not available!). On criteria 1 and 2 - zero points, or nearly so! 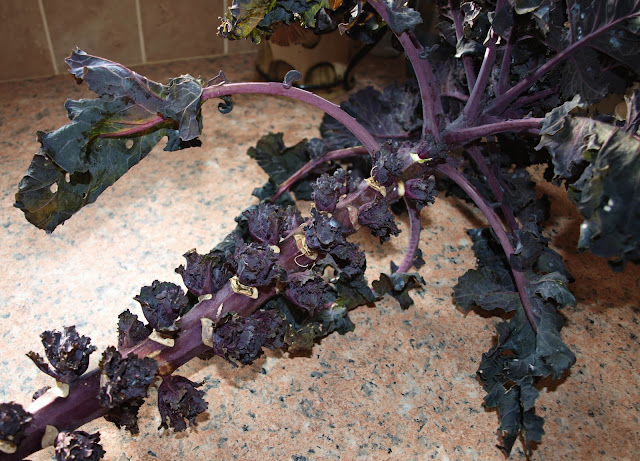 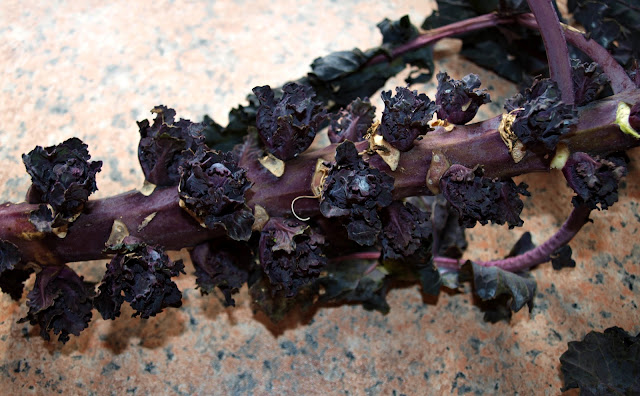