After a couple of weeks of really cold weather, and some snow, the thermometer has moved sluggishly into positive territory. The snow in our part of the world has all melted now, so I have made the rounds of my veg plot to see what survived and what didn't. 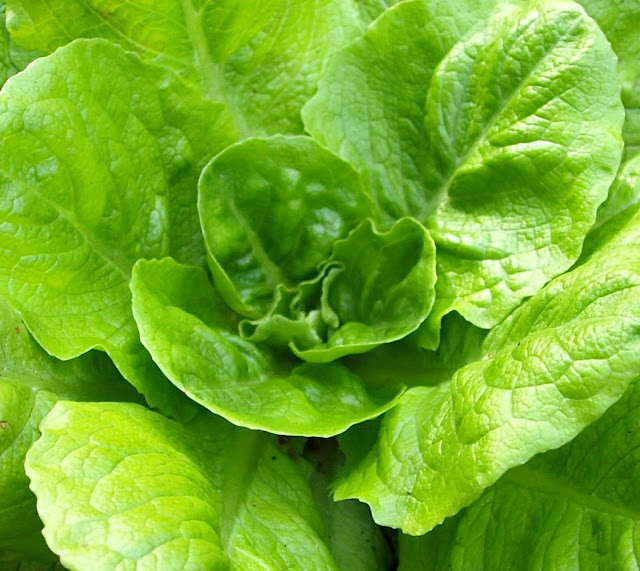 No problems with the brassicas - they will survive much worse - but the salads were my chief concern. This Winter I have had many of them under the protection of cloches, including some lettuces. I have never attempted to grow lettuce in the Winter before, but the combination of choosing hardy varieties (I have Winter Density and All Year Round) and the cloches means that I have a viable crop. And the best thing is that it is available now, at a time when my raised beds would otherwise be pretty bare. These two were spares left over when I planted-up the long cloches, but to be honest they are the best of the bunch now. I think it is because they have had plenty of room. 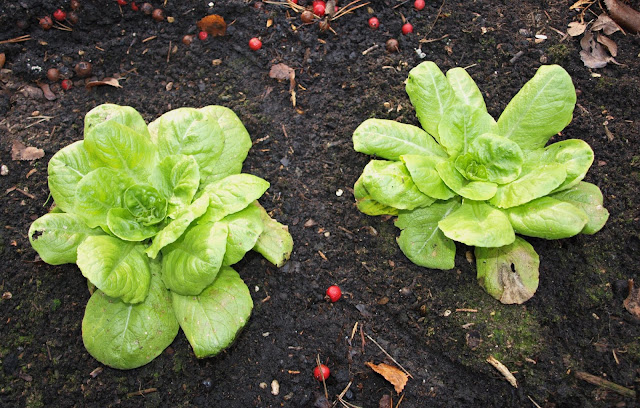 This is where they live:


They aren't fully mature yet - they have grown very slowly (which is hardly surprising), but they are certainly useable already. Their siblings under the long cloches are OK too, though a bit smaller.

Elsewhere I have some Endives, some protected by individual cloches, some not. The next two photos demonstrate the beneficial effect of the cloche. In the first one you can see two plants growing very close together. 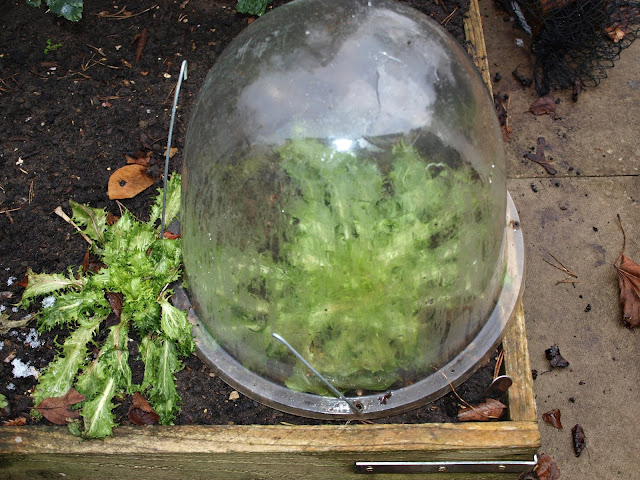 The one on the left is very ragged, but the one protected by the cloche is in much better condition. 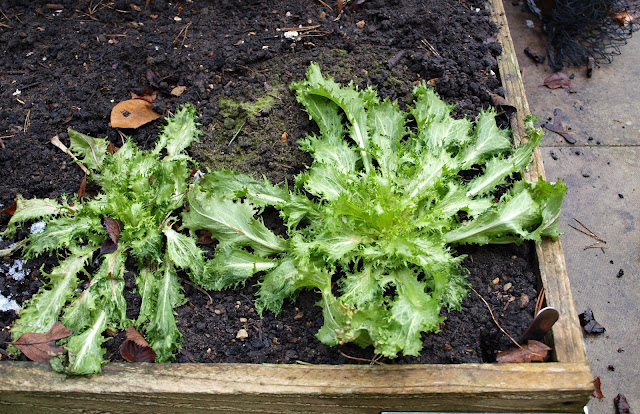 This broad-leaved Endive is definitely beyond redemption: 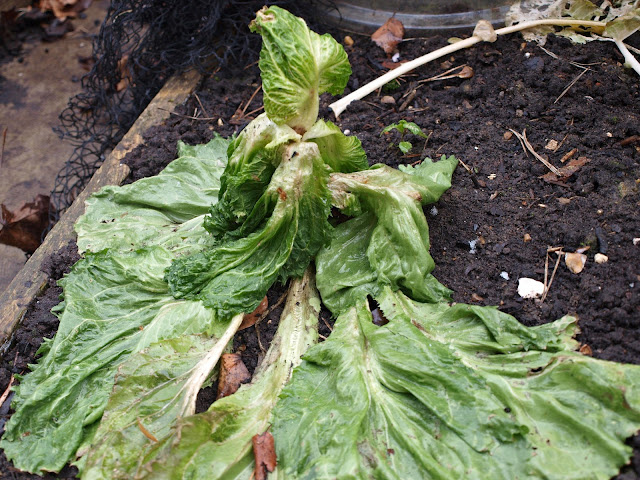 This variegated Chicory is marginal. It might recover, but I somehow doubt it. 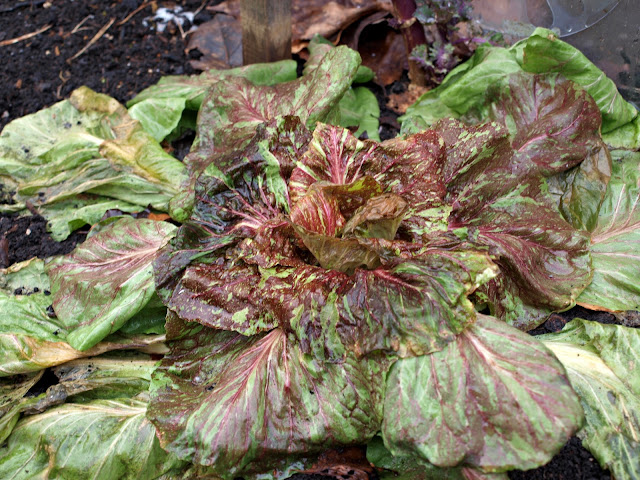 Whereas these two beauties were snuggled-up together under a single cloche keeping each other warm, such that they have not only survived, but also thrived. 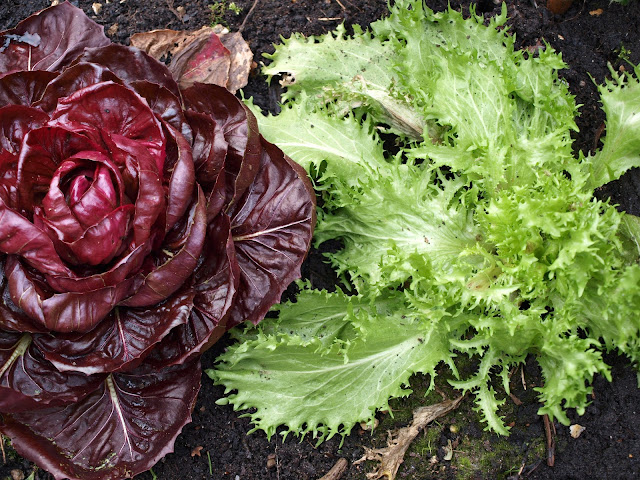 Unfortunately for them thriving sometimes just hastens their demise! 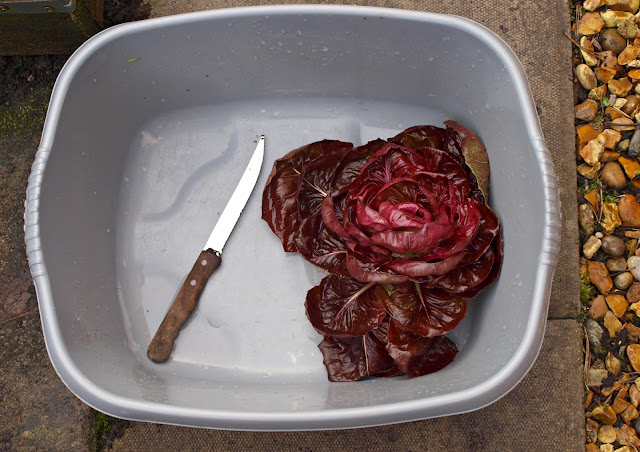 At least this one has had a happy life!

My little patch of Land Cress is looking happy enough too. It fits conveniently under one of the bigger individual cloches, so it's well protected. 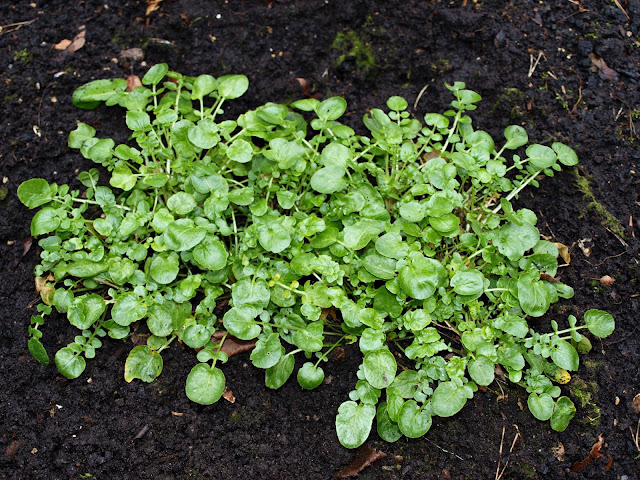 ﻿So all in all, things could have been a lot worse. And if I hadn't previously been convinced of the merits of cloches I certainly am now. 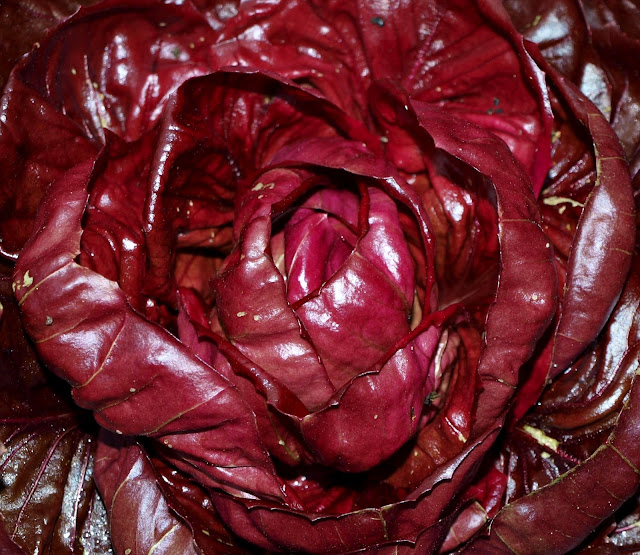