Some thoughts on garden furniture

When I first seriously thought about "designing" my garden - that's to say, when our daughters had grown up and we didn't need a play area any more - I wanted to create a sort of "Mediterranean courtyard" look. A place where we could sit outside in the Summer time and eat meals, or at least sip a cocktail as the sun goes down. Something a bit like this I suppose:
﻿
﻿ Of course there had to be room to grow plenty of veg as well. I started off with two raised beds made with odds and ends of timber that I had. Eventually this grew to six raised beds, made with proper treated timber bought specially for the purpose. In due course the grass was replaced with low-maintenance shingle. This is what the garden looks like now. (Well, not NOW, because it is still February and the garden was only just the other day covered in snow. These photos were taken during the Summer of 2011): 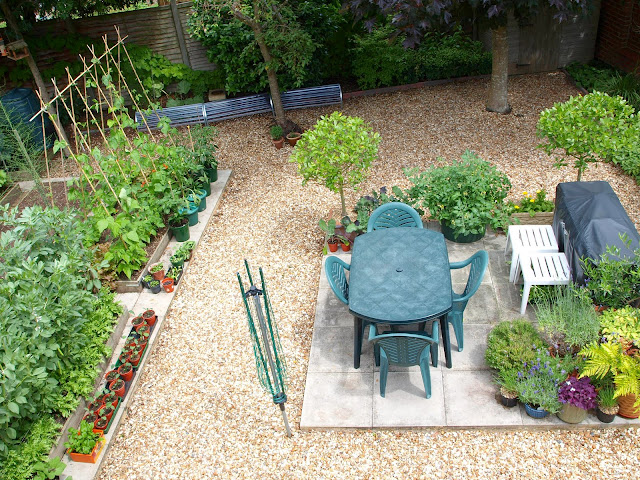 Looking at it now, I am fairly pleased but not totally pleased. What do you think of the green plastic table and chairs? Yes, I thought so. There is no doubt about it: they are a bit naff! They are all rather flimsy, and the table has a habit of collecting rainwater: 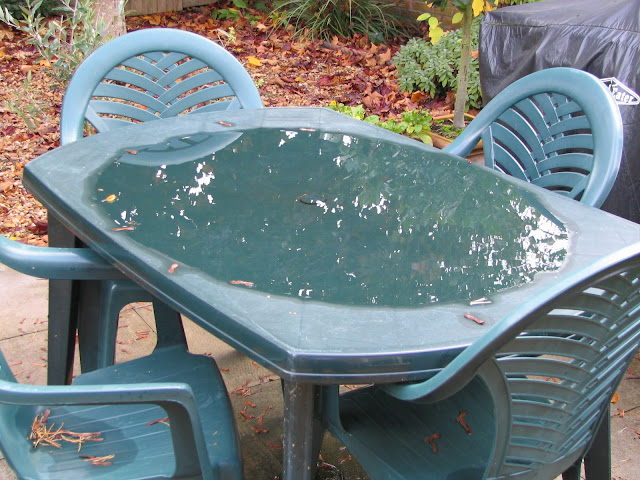 ﻿I have mixed feelings about garden furniture. Part of me says I ought to go and buy some more upmarket stuff (probably made of hardwood). But another part of me says: "Hang on. Because of our dismal weather last year we only ate a meal in the garden twice. Is it worth buying what might be some pretty expensive furniture just for that?"
I also like to use my garden table as a place to put my young seedlings out of harm's way when I'm hardening them off, and I might have some reservations about doing this if I had a posh table. 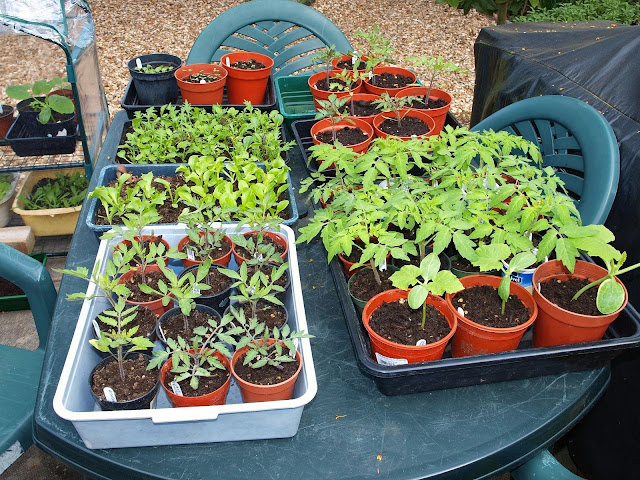 I also have no hesitation about leaving the plastic furniture outside over the Winter. If it were to be damaged, it would not cost me a lot to replace it. Actually, it's so lightweight that there's a strong likelihood that it might be blown away in a gale! If I had more substantial wooden furniture I would feel obliged to move it under cover (where, exactly? The garage is already full) during the Winter, or at least provide it with waterproof covers (at additional expense).

It's a dilemma, isn't it? What would you do?