Asparagus is one of my favourite vegetables, and growing it (well) is one of the bigger challenges of the gardener's hobby. It certainly requires more than the usual amount of patience and restraint, simply because it takes a long time to reach maturity. Here in the UK at least, not many people grow Asparagus from seed. They usually buy one- or two-year-old crowns ready for planting out. This is what I did a few years ago. I bought 10 crowns of the variety Gijnlim. It is a supposedly all-male hybrid, but each year, after flowering, some of the plants produce little round red berries, and I have often wondered if they would be fertile. So this year I decided that I would experiment to find out. Who knows where this wandering (and pollen-laden) Bee was just before I photographed him with his nose inside an Asparagus flower? [You will probably tell me now that I'm wasting my time, but please humour me here...] 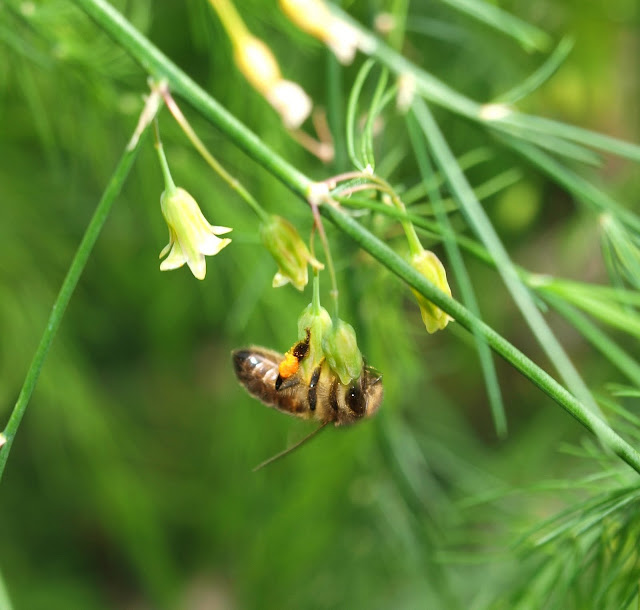 In the Autumn I picked these berries: 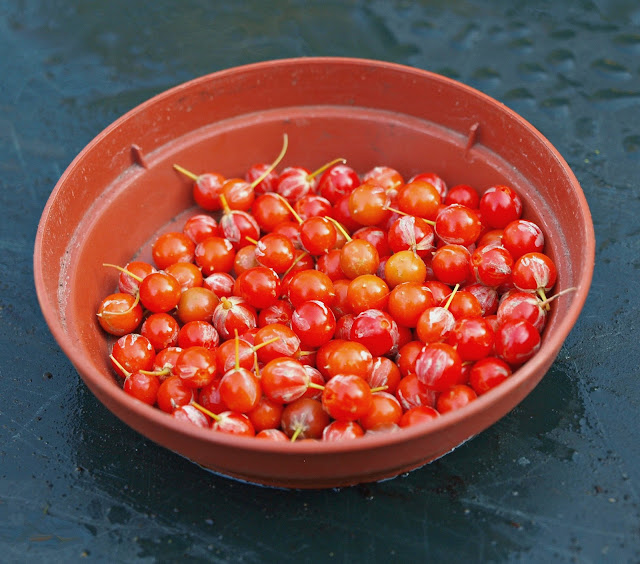 They have been sitting in a corner of the airing-cupboard ever since, drying. Now, never having done this before I wasn't sure how to go about sowing Asparagus seed, but my opening gambit was simply to push a few of them into a pot of moist compost, because this is pretty much what would happen "in the wild" as it were. 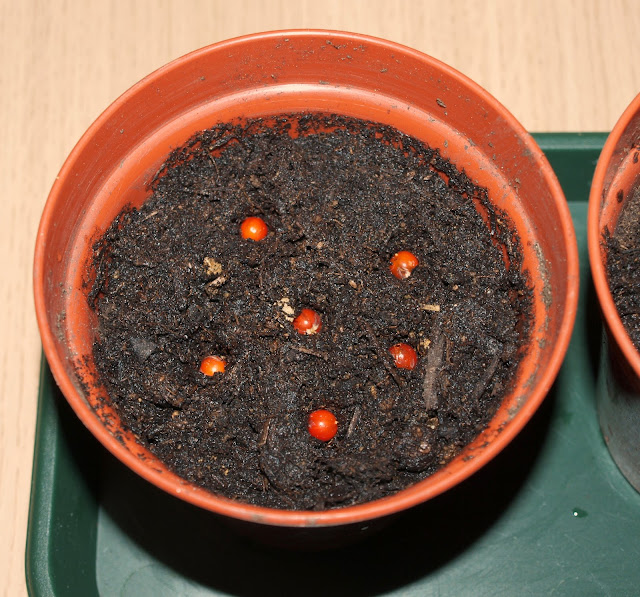 But as I was handling one of them, it split open. I realised then that the dry red casing was really just a seed pod, and the actual seed was inside. I cracked a few open and found that each dry red berry contained one small seed, which looked very much like a Tomato seed:

When I zoom-in (sorry, but this makes the photo a bit fuzzy) you can see that these seeds have a second, fibrous, coating. The seed itself is presumably the tiny black thing inside.


So plan B was to extract a few of the seeds from their outer casings and sow them in moist compost too. As you can see in the next photo, I left the secondary casing intact- removing it would have been far too fiddly for my shaky eyesight to cope with! 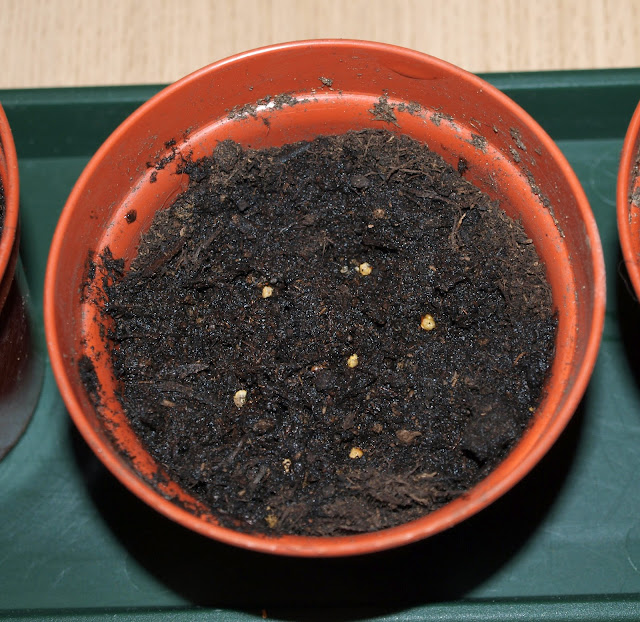 After I took this photo I pushed the seeds further into the compost so that they were completely covered.
The last element of the job was to cover the pots with small plastic bags to help retain humidity, and then the tray of pots went back into the propagator (aka airing-cupboard). 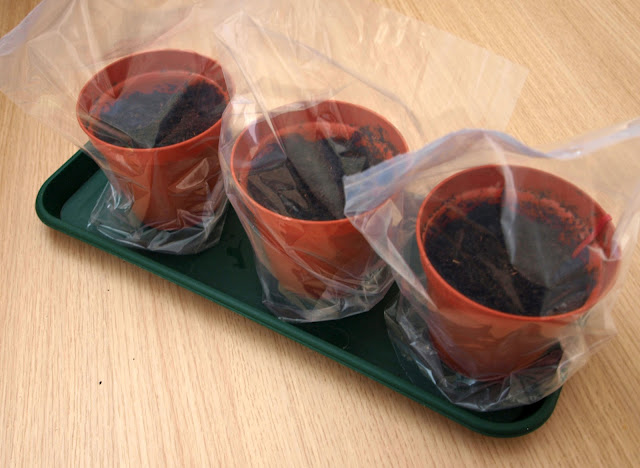 You can hardly see it in the photo, but I put a red plastic bag-tie into the one pot which had the complete berries in it, so I can tell it apart from the two which had just seeds in. I don't know if any of them will germinate, but it's worth a go I reckon. (I just need ONE to germinate really. Of my original 10 plants, one died in the first year, and I could do with a replacement to fill that lonely gap!)

I'm already imagining this (although it's probably 3 months away still): 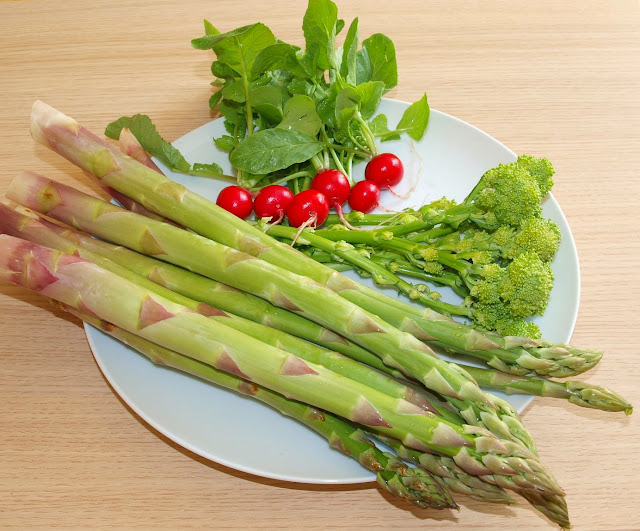 I live more in hope than in expectation!
Posted by Mark Willis at 17:30