I have a couple of potted ferns, to which I have become quite attached. This is surprising really, since they acquired me rather than the other way round. I have had the older of the two for several years now (maybe 10?). It just appeared one day, as a very tiny little seedling. It has gone on to produce several offspring of its own, and it got so big that I divided it into two and re-potted it in the Autumn of 2010. The offspring have been planted out in the border. Right now they are resting: 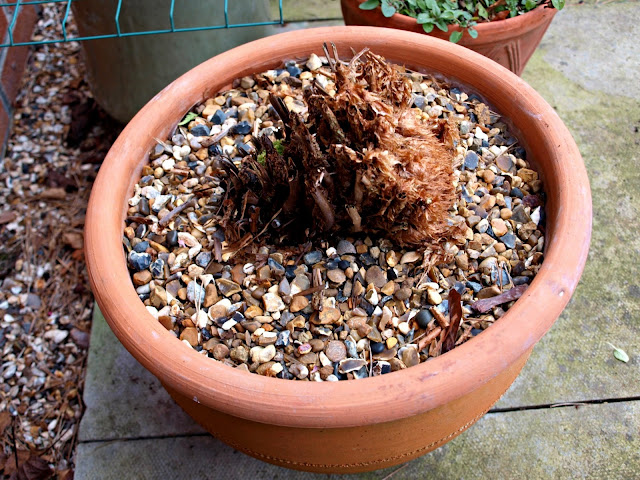 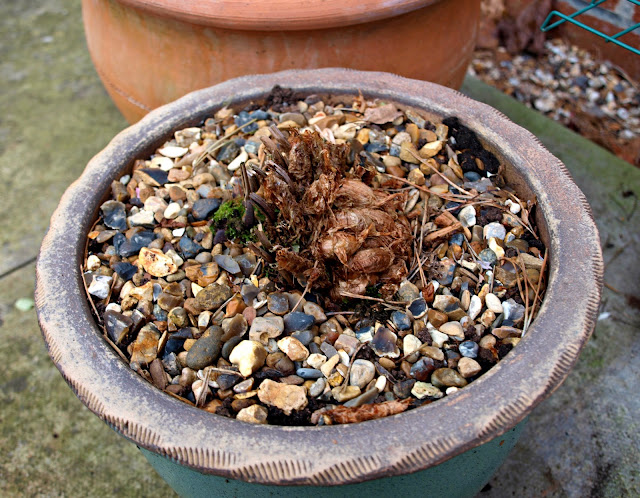 They don't look very impressive at present. I have cut down all last year's foliage, so all that you can see is a a couple of rather scruffy brown lumps. They have both developed a similar shape. At one side are the dessicated bases of last year's leaves, while at the other are the well-rounded bumps from which new leaves will emerge in a couple of months' time, unrolling like coiled springs. Each bump is well protected from the cold by several layers of reddish tissue, vaguely reminiscent of the outer layers of skin on a dried onion. 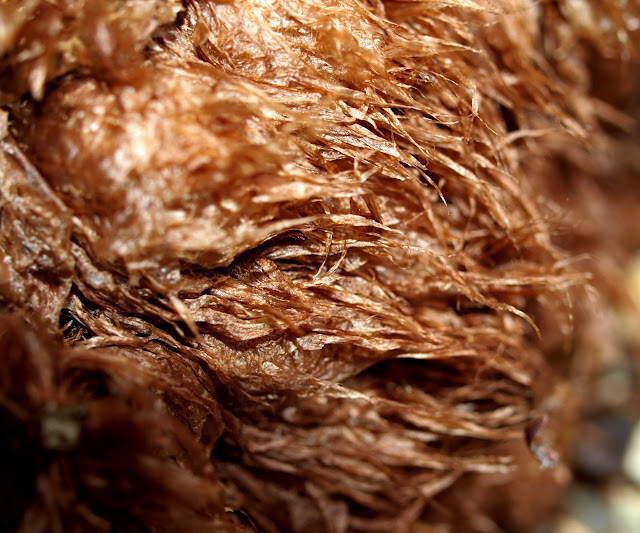 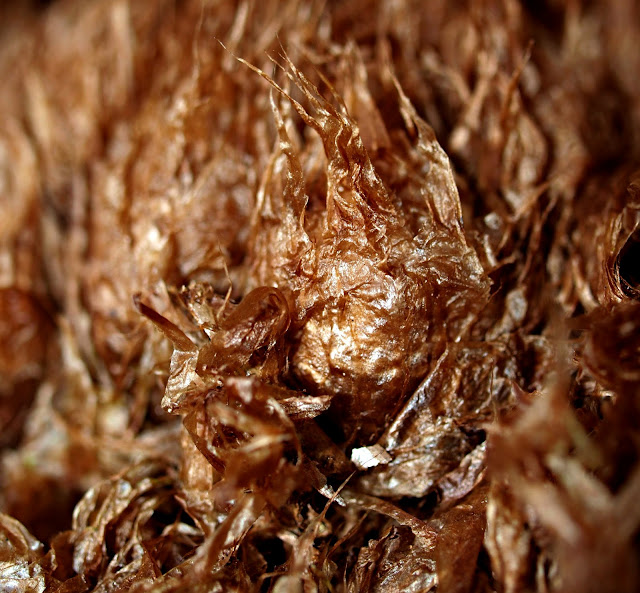 ﻿I have left the leaves on the smaller plants growing in the border, in order to provide them with some protection from the elements. Unlike the moveable pots, they can't be tucked into shelter against the wall of the house. 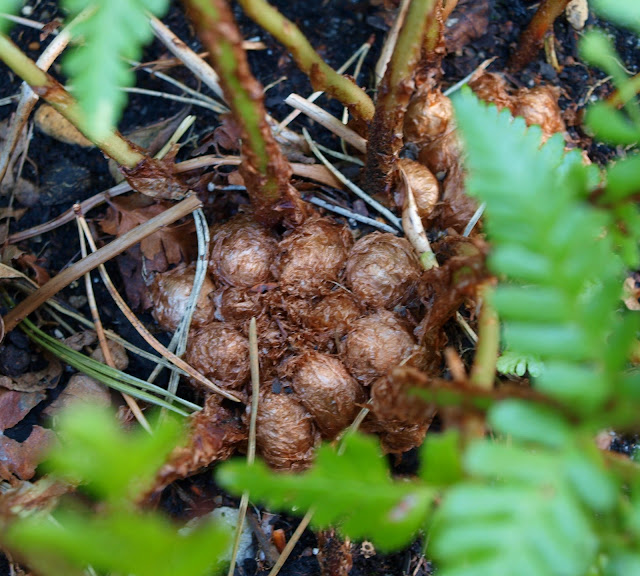 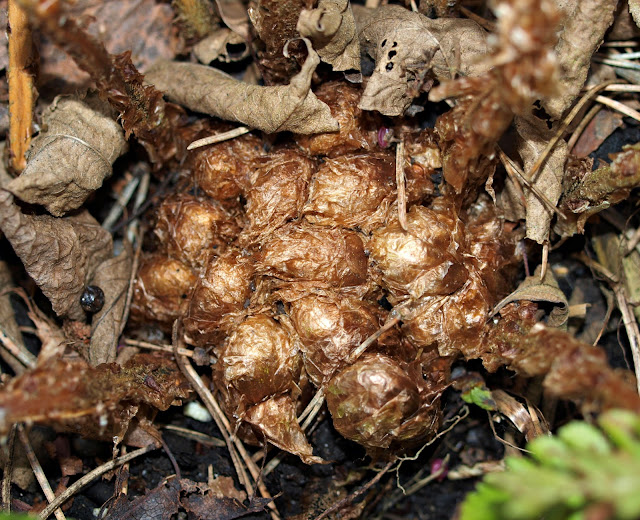 Until fairly recently I wasn't very fond of ferns, but I've changed my mind. As long as you are not looking for gaudy flowers they have a lot to offer. High on the list of their advantages is the fact that many types of fern enjoy dry shade. I'm sure many people have patches of dry shade in their gardens and can't think of anything to plant in them, so ferns are a possibility worth looking into. They also seem to need next to no maintenance, and can easily be propagated by division. This type of mine seem to self-seed pretty readily too, so in a couple of years you can get quite a decent patch of them without having to spend loads of money. Ferns also come in many different shapes, sizes and colours, so there's something for everybody.
Posted by Mark Willis at 17:30