Jane made this delicious Parsnip and Thyme bread: 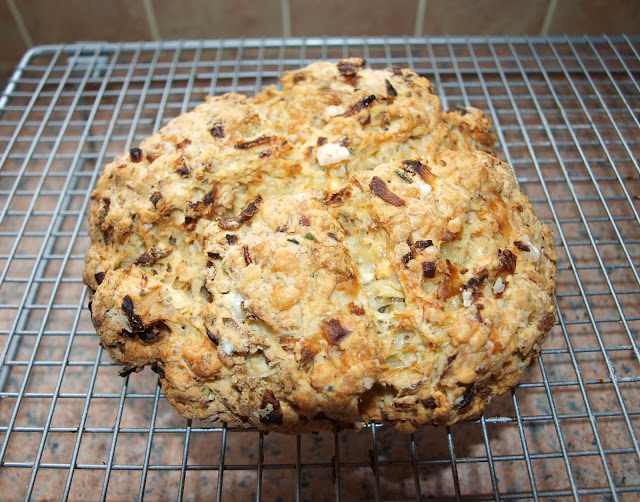 It's from the recipe in Hugh Fearnley-Whittingstall's book "River Cottage everyday". It's a type of soda bread or damper - quick and easy to make and and utterly delicious, especially when served still warm from the oven. 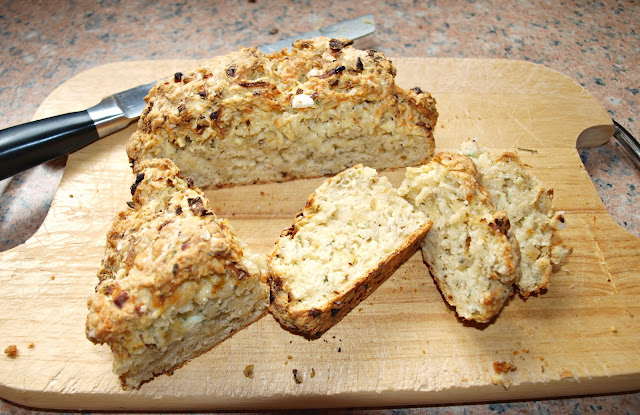 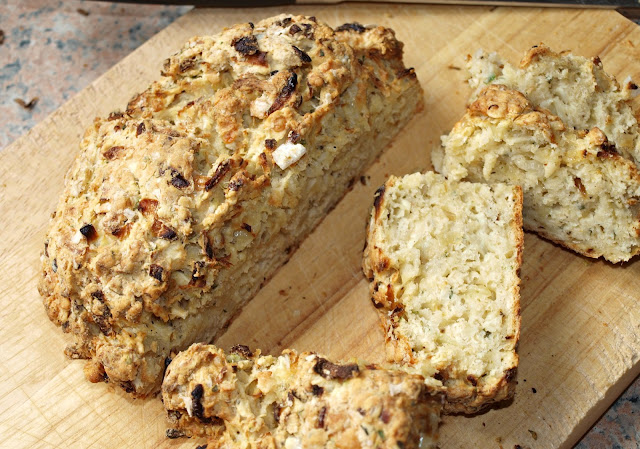 We had ours with a bowl of lightly-curried lentil soup, made with lots of swede turnip. Since the bread has cheese in it we were a bit worried that it would clash with the curry flavour, but they actually went very well together. The dominant flavour in the bread was the parsnip, since it was made with some of the wonderfully fresh organic parsnips from our Abel and Cole veg-box. 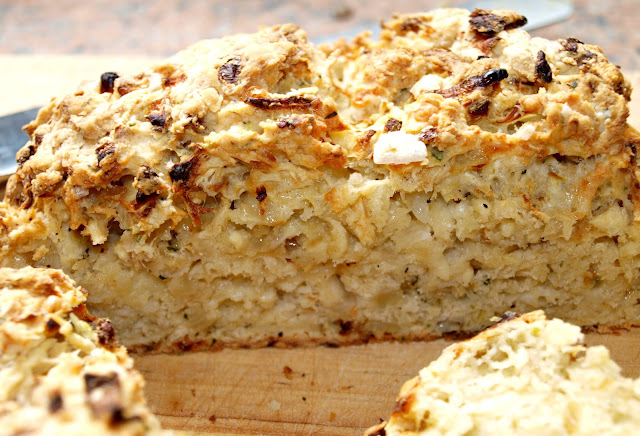 The cheese and parsnip in this bread make it a nice moist texture, much less dry than many soda breads.
I should think it would be good with onion marmalade or some of Green Dragonette's  amazing Tomato, Pumpkin and Balsamic chutney (as well as a good hunk of Cheddar cheese). Hugh F-W advocates spreading lots of butter on it, but if you're going to do this I suggest softening the butter beforehand since the bread is quite crumbly. 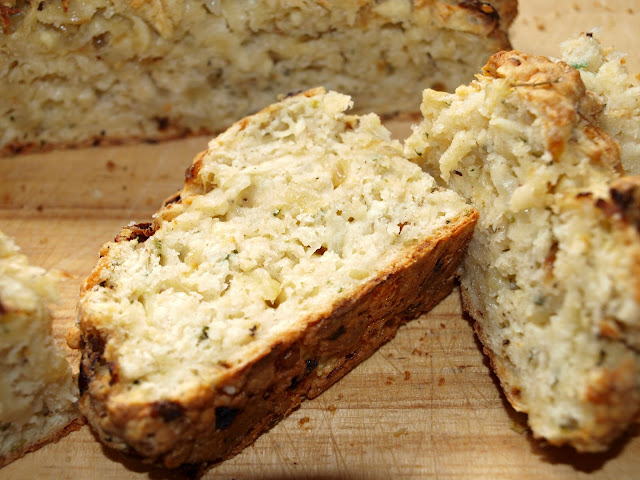 ﻿We only ate half of the loaf at the first sitting. We wrapped the other half in some tinfoil and ate it the next day, warmed-up in the oven. It wasn't quite as nice second time round, but it was still very good!
Posted by Mark Willis at 17:30