Will it be the end of the line for this potted Rosemary plant of mine? 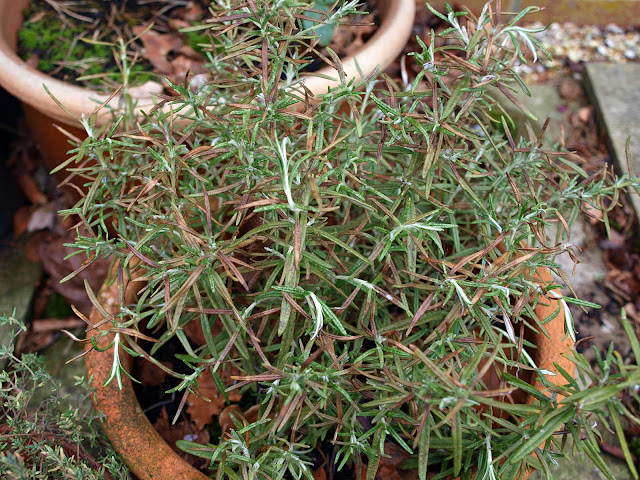 In the most recent spell of very cold weather this plant got severely frosted, and most of its leaves are brown and shrivelled. 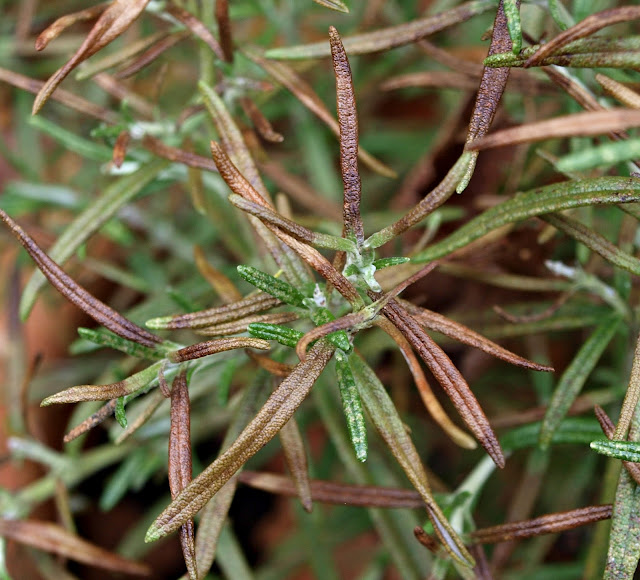 The strange thing is that I have several other Rosemary plants, and they seem to be unscathed. The others are growing in open soil rather than in pots, and are in much more exposed positions than the potted one which has been close to the house and allegedly sheltered. I wonder if maybe the potted one is of a different, less robust, variety? I think all of mine have been bought as simply "Rosemary", without being given a specific variety name.

I think the Catalogna chicory is going to have to go as well. 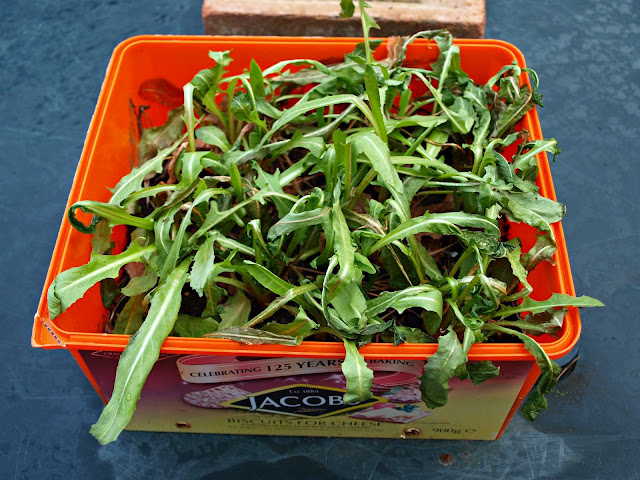 On the other hand, there are some more encouraging signs elsewhere, such as this lovely Purple Sprouting Broccoli: 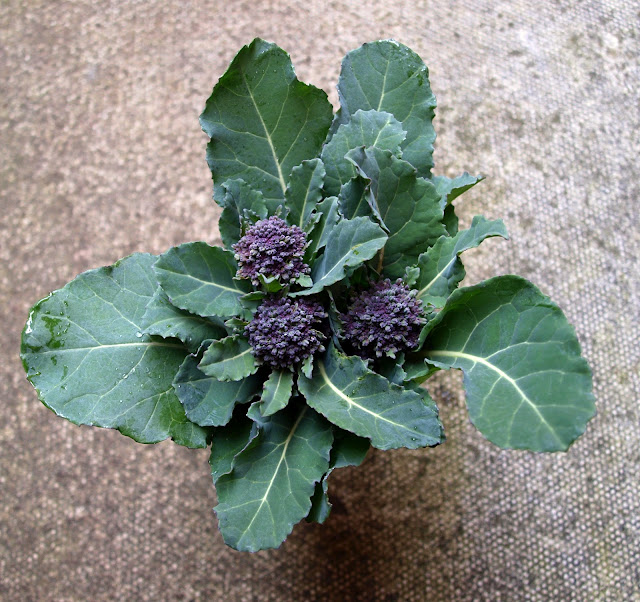 And the Chives are beginning to grow strongly now: 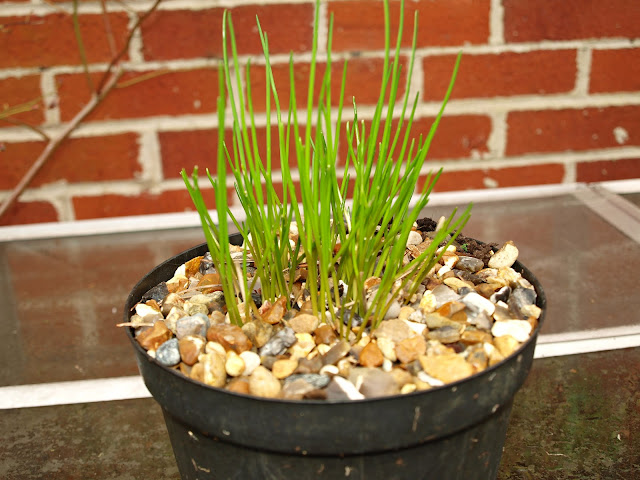 Now if only I had some home-grown tomatoes at this time of year....
Posted by Mark Willis at 17:30