In my coarser days (i.e. in the Army) when it was really cold we used to say that it was "cold enough to freeze the b___s off a brass monkey". Well today is such a day. The temperature has certainly not risen above zero today, and I think that last night it must have been several degrees below. This is the "Roman Road" chestnut leaf I showed you a couple of days ago, now suspended in its frozen puddle: 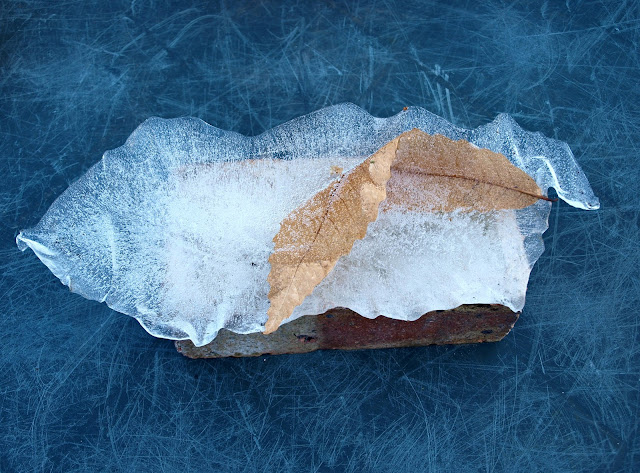 I can usually get a pretty good impression of what the outside temperature is just by looking out of my window. When it is cold, the plants hunch themselves up - just like us humans:


The Swiss Chard is probably reminiscing about its Alpine origins (and regretting them): 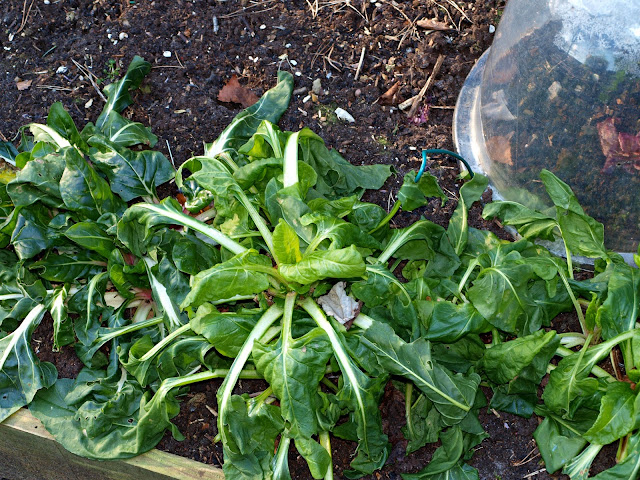 I rather fear that some of the salads may be irretreivably frosted:


﻿
﻿
The Euphorbia is also looking a bit sorry for itself, and the bracts are finally beginning to turn brown. Normally by this time of year I have cut back all the previous year's growth to make room for new shoots, but this Winter the plants have been reluctant to admit defeat: 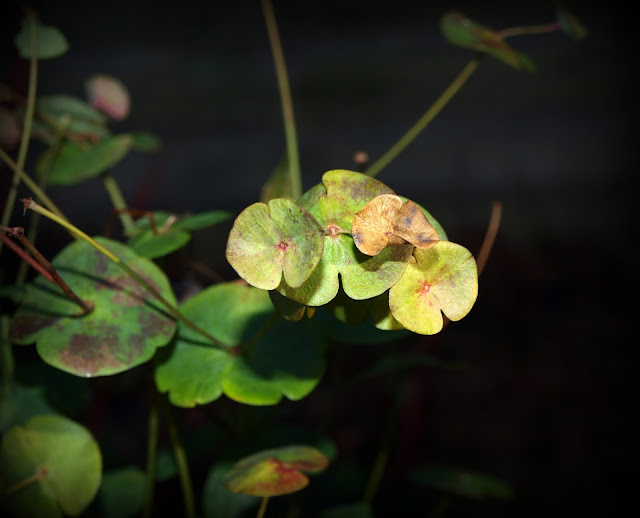 Although it has been cold, there has at least been some sunshine. Here is my Dogwood "Midwinter Fire" illuminated by it:

This Dogwood is not particularly "fiery" in colour this year, so it is on the list for drastic pruning in a month or so. They say that you should prune Dogwood almost to the ground every 3 years or so, in order to re-invigorate it, so that's what I'm going to do.

Snow is forecast for the weekend...
Posted by Mark Willis at 17:30