The Tomatoes are taking over

Well, notwithstanding the weedkiller problems, my tomato plants are getting quite big now. The distortion of the plants is not as severe as it was last year or the year before, so I'm a bit more optimistic than I was 10 days ago. 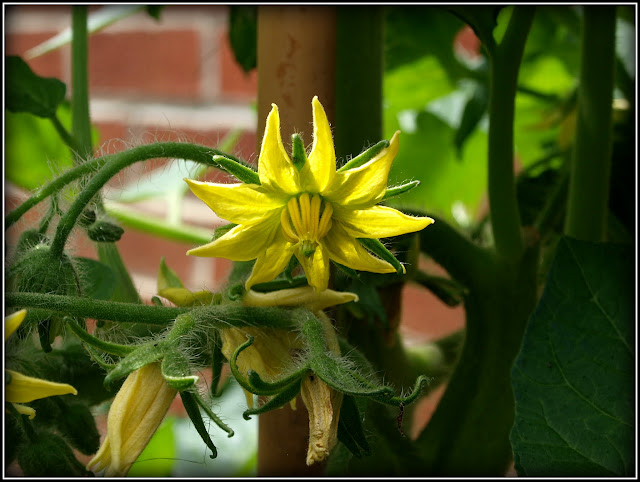 Since the plants are expanding, I have spaced them out as much as possible along the wall of the house. Good air circulation around the plants is a factor in disease-prevention. It also makes maintenance (watering, side-shooting and tying-in) easier. There are 9 big plants here: 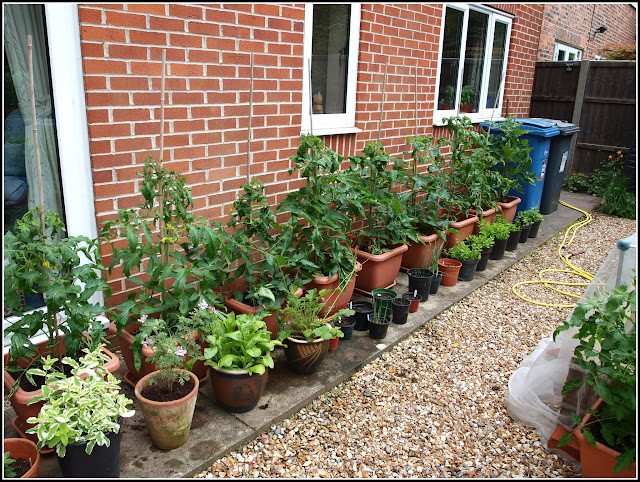 And at the other end of the house, beyond the water-butt, there are 4 more. The one right at the far end (not in a self-watering pot) is the late addition "Supersweet 100". 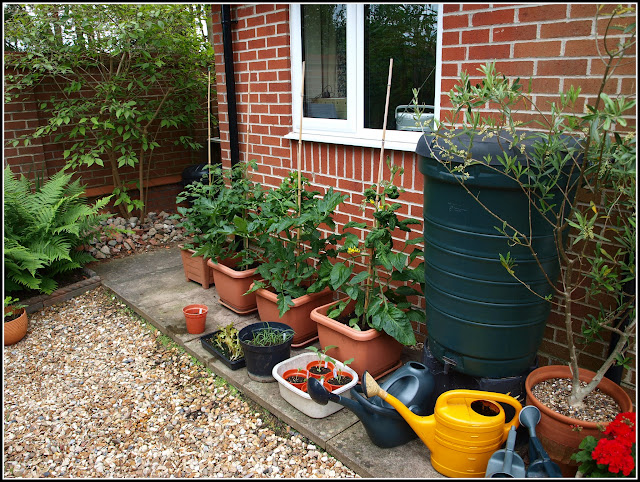 The bush tomatoes are along the side of the raised bed which has carrots in. I have resigned myself to the fact that the tomato plants will block some light from the carrots! 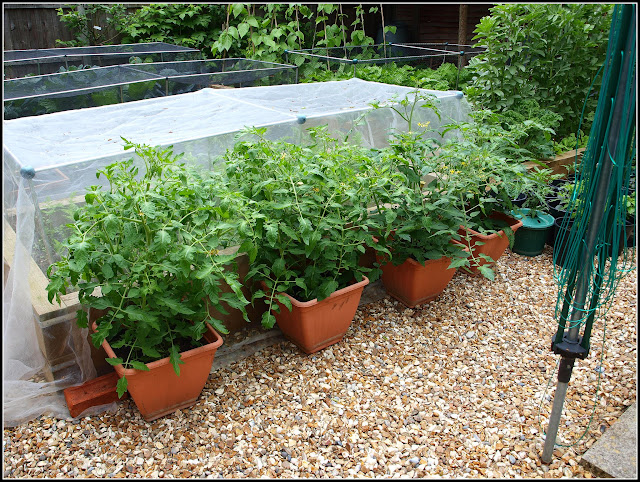 With bush tomatoes (otherwise known as "determinate") you don't remove the sideshoots, so you finish up with very dense tangled growth. These ones are looking pretty bushy! The two at the left are my "Maskotkas", and then there is one "Montello" and at the far end of the line (currently the smallest of the 4 plants) is "Grushkova". 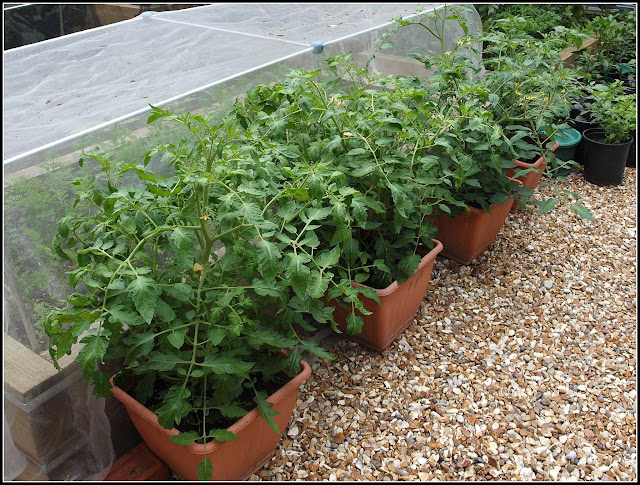 A week ago I was writing "none of the tomatoes have set any fruit yet", but now several of them have. This one is "Stupice". But just look at the puckering on that leaf - almost certainly caused by the weedkiller problem, because "Stupice" seems to have been the one most badly affected. 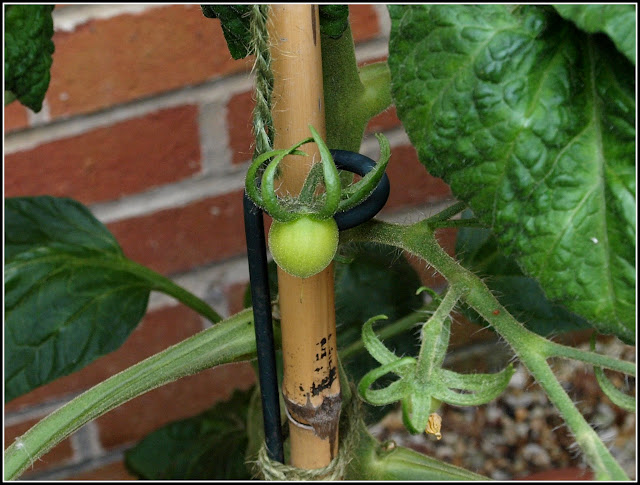 This is the first fruit I have spotted on one of the "Maskotka" plants: 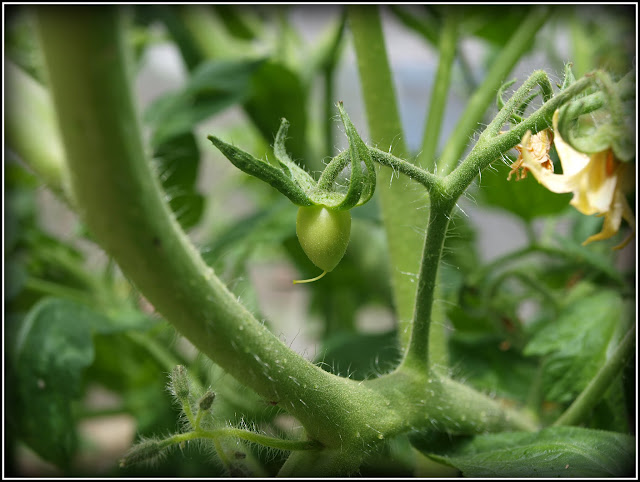 Fortunately the bush tomatoes seem to be unaffected by the weedkiller thing, which seems to confirm my suspicions about the contaminant being harboured in the canes.
Posted by Mark Willis at 12:00