Boosting the stock of Comfrey

During the Summer I grow lots of tomatoes and chillis, and both of those enjoy a feed of nutrient-rich Comfrey Tea. The trouble is, I never have enough comfrey to make as much of this feed as the plants would like. I have a small patch of comfrey growing down at the bottom of the garden in a spot that gets very little light and very little rainfall. Comfrey will grow in these conditions (though it would prefer richer, moister soil), whereas nothing much else will. My intention is to try to double the size of the comfrey patch this year. 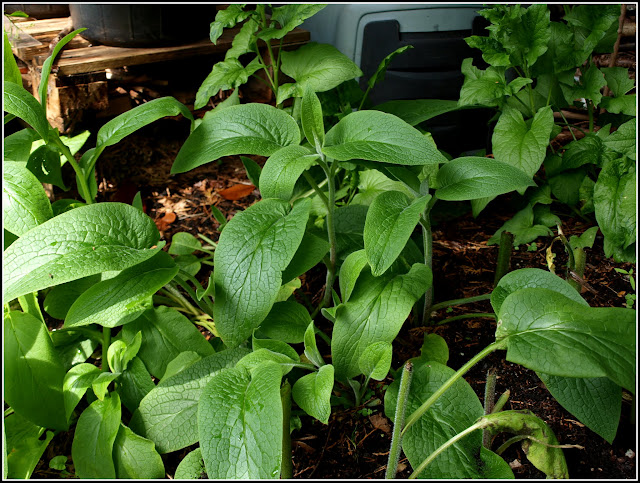 The best type of comfrey with which to make Comfrey Tea is the Bocking 14 cultivar, which is sterile and does not set seed. It is therefore propagated by root-division or stem cuttings. Now I could buy some comfrey plants, but why would I do that when I know that they can be had for free? I have  been foraging. There is a place less than 2 miles from our house where huge quantities of comfrey grow in a ditch beside a little country lane. Now, according to the law you are not allowed to dig up wild plants, so root-division is a no-no, but you are allowed to "harvest" them in the sense of gathering leaves and/or fruit. I therefore went armed with a pair of secateurs and snipped off enough comfrey to fill a couple of old compost sacks, making sure I had plenty of the big stems. To be honest, I could have taken 20 bags without any problem at all; as I said, there is a huge quantity of it!

The leaves I brought home were enough to fill two buckets, as well as a big chicken manure container, so about three times as much as I would normally get from one crop of my six or seven plants. 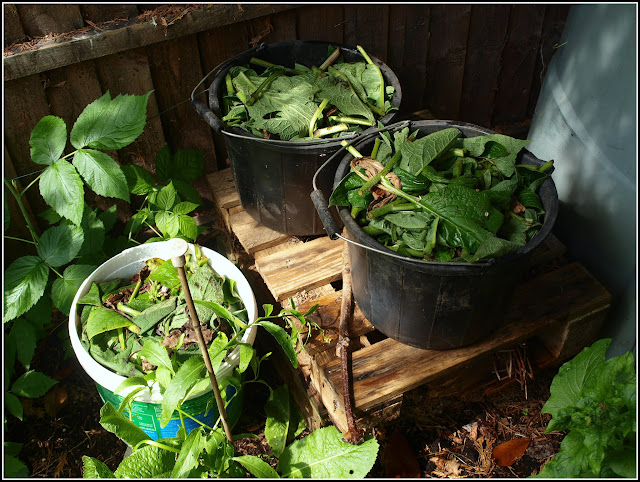 I put as much water in those containers as possible, and then covered them with some sheets of clear acrylic. The covering serves two purposes - one is to stop rain falling into the buckets, causing them to overflow; and the other is to reduce the number of flies and other insects that might be tempted to breed in them. 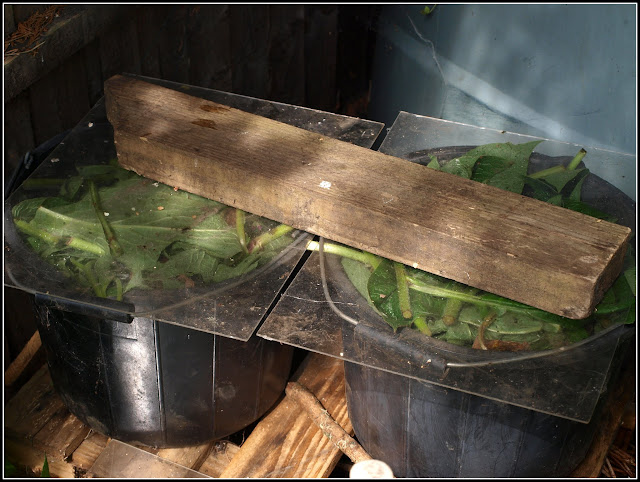 The leaves and stems will break down very rapidly to form the green sludge of which tomatoes are so fond, and in a couple of weeks time I will have a decent amount of Comfrey Tea. So far, so good. But what about increasing the stock of plants? It's easier than you might think. I just snipped a few of the fatter stems into short lengths and stuck them in the soil. As long as I keep them well watered, I expect most of them will take root and grow into new plants. Allegedly they will even root if you put them in upside down! 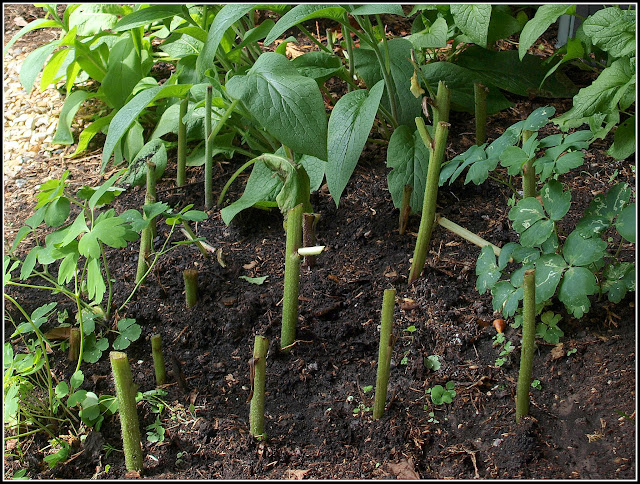 Here we are with a general view of the comfrey patch. The compost bin seen here is the one I use for making leaf-mould, and you can also see my little log-pile, which is intended as a refuge for creepy-crawlies. 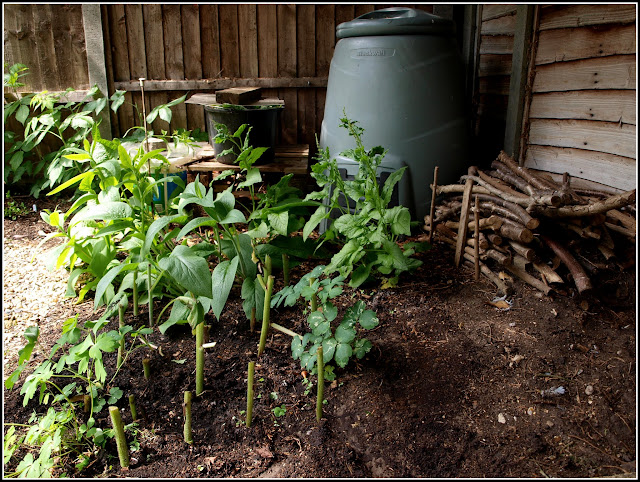