Although I like its flavour, I don't like the texture of "proper" Celery so I have been experimenting with Leaf Celery, which I first discovered as an element of a Mesclun / Baby Leaf Salad mix a couple of years ago. The tiny leaves have a very powerful flavour and make a wonderful garnish or salad ingredient.


The plant is grown in a way similar to that used for Parsley - none of the hassle associated with Celery or Celeriac - although it does still prefer moist soil and plenty of water. It seems to be very tolerant when it comes to site and soil requirements. Due to space restrictions, the first time I grew it, I had some plants in a big plastic crate, filled with multi-purpose compost. Now, I have a patch of it next to one of my compost bins. On the face of it the soil here looks very unpromising, though I suppose it must benefit to a certain extent from nutrients leaking out of the base of the compost bin. 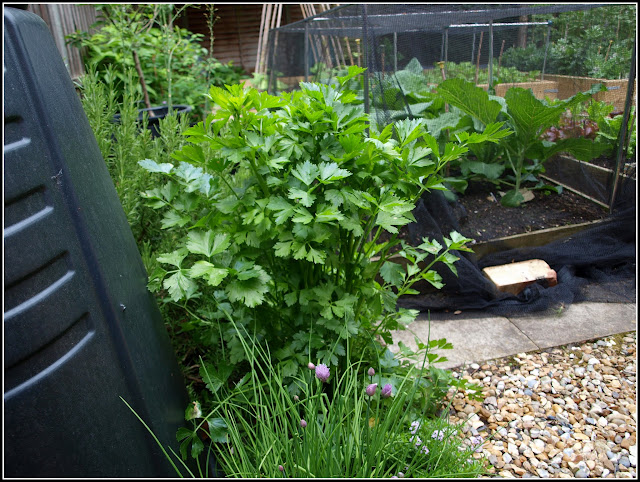 I sowed this little group of plants last Spring (2015 that is), and up till now it has performed just like Parsley, and we have used leaves of it whenever required. Now, it is running to seed (it's a biennial, like Parsley) and has produced some tall thick flower-stems. 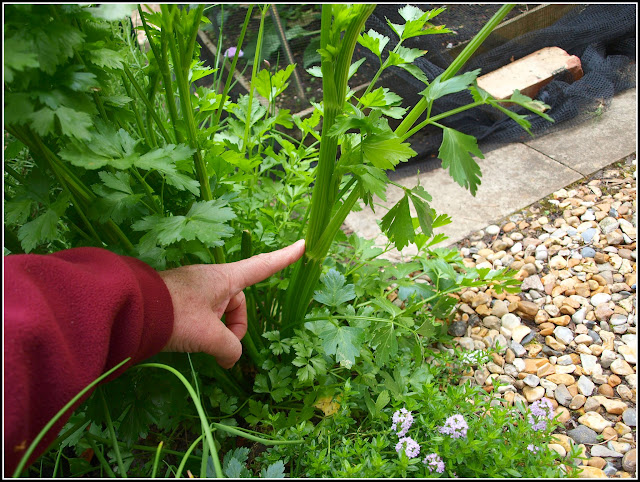 I'm going to leave them to flower, then I can save the seeds for sowing next year. 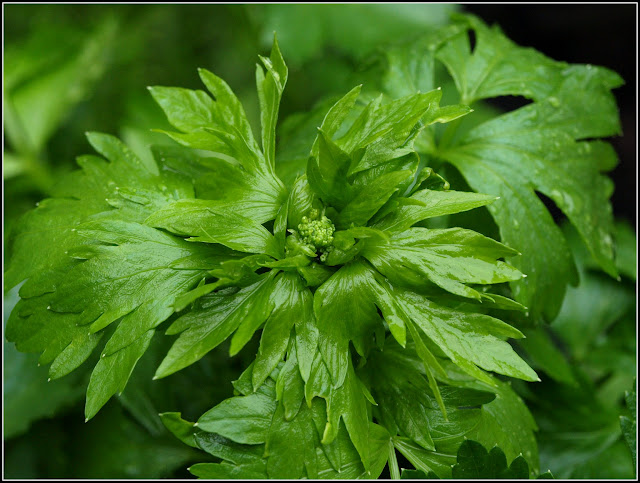 Because this plant has a strong taste, we use it primarily for flavouring soups, stews and stock - anything that calls for Celery in fact - but not as a vegetable in its own right. It has a very pronounced "Umami" (savouriness) effect. One or two leaves (stalk included) each time is all you need. If you are going to eat it raw, I suggest using only the tiniest leaves - like these perhaps:

For the time being I have given up on trying to grow Celeriac. My results to-date have been far from impressive, and certainly not worth the effort that has gone into them!
Posted by Mark Willis at 12:00