As usual, when I sowed my bean seeds earlier this year, I sowed several more than I really needed, so that spares would be available if required. As it happens, none of my beans became casualties and the spares were not required. I gave away most of those spares, but I have been hanging on to a couple of my favourites - 3 "Cobra" climbing French beans, and 3 "Streamline" Runner beans.


Of course, these are both types of bean that like to climb, so they put up tall climbing shoots, just like their siblings that had been planted out in a raised bed. After a while, these shoots became top-heavy, so I pinched them out, holding back the growth of the plants for a little while longer - just in case they might be needed... Anyway, my main-crop beans have now reached the tops of their supporting canes and I therefore consider them out of danger. I went to throw away the spares, but I changed my mind at the last minute. What if...? What if I were to grow them in their pots as a sort of "patio bean"?


These are the Runners - two reasonably decent plants, and one (in the middle) much smaller, very sickly-looking pale one. 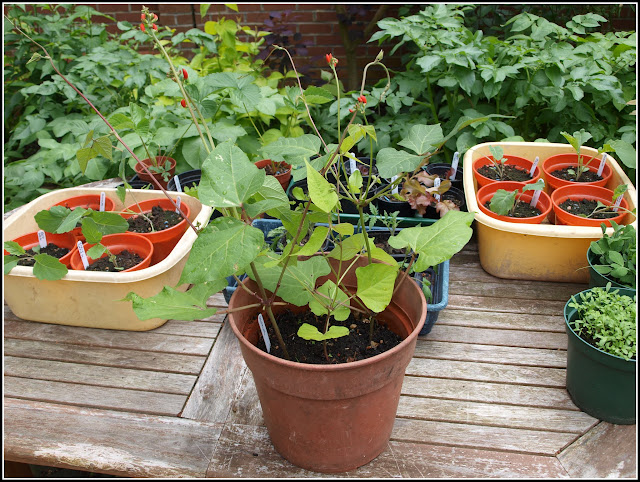 Close inspection reveals that the pinching-out of the main shoots has prompted the formation of several subsidiary shoots, each bearing flower buds. I reckon that if I can keep the plants compact I might be able to get a small crop of pods from them - and probably much earlier than the climbing ones, hence the nickname "Sprinter Bean"!

I removed the small, sickly-looking plant from the middle and retained just two plants in this 10-inch pot. After a bit of a tidy-up they didn't look too bad: 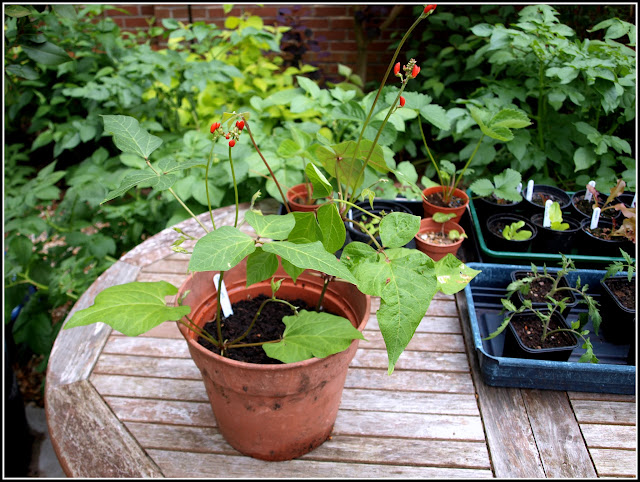 I gave them a good feed of liquid Growmore, which will hopefully restore their leaves to a better colour, and provide energy for converting those early flowers into beans! 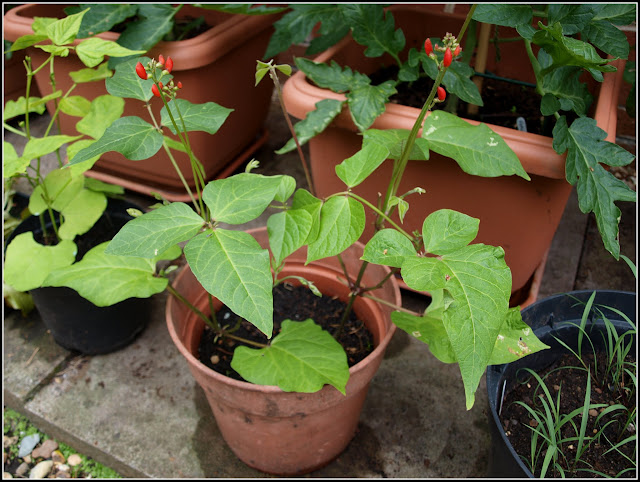 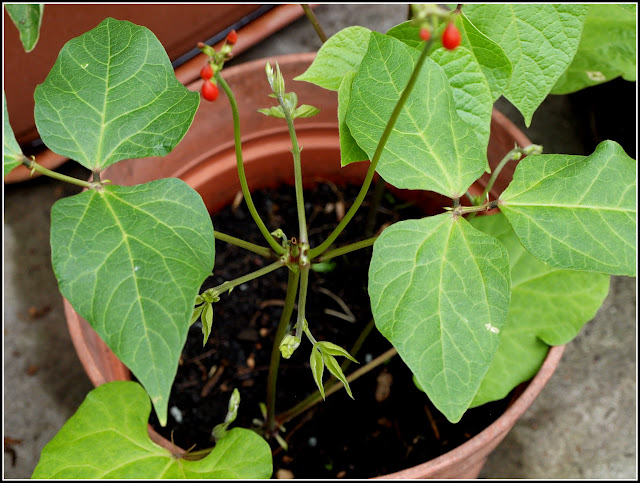 I have given the "Cobra" beans the same treatment. They are in worse condition though. The very pale leaves indicate that they have used up all the nutrients in their pot  - in this case a smaller, 8-inch one. 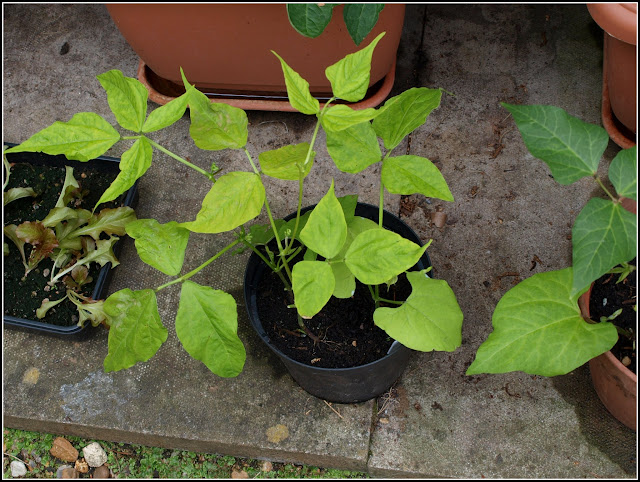 Hopefully the Growmore will do the trick, but if not, nothing is lost really. If they don't pick up soon I'll compost them just as if this experiment had never taken place.


Still on the bean theme, I also have a few Dwarf beans (some green, some yellow), growing in a spare big plastic tub, using some spare soil - almost the last of that big bag of Norfolk loam which you see in the background of this next photo. 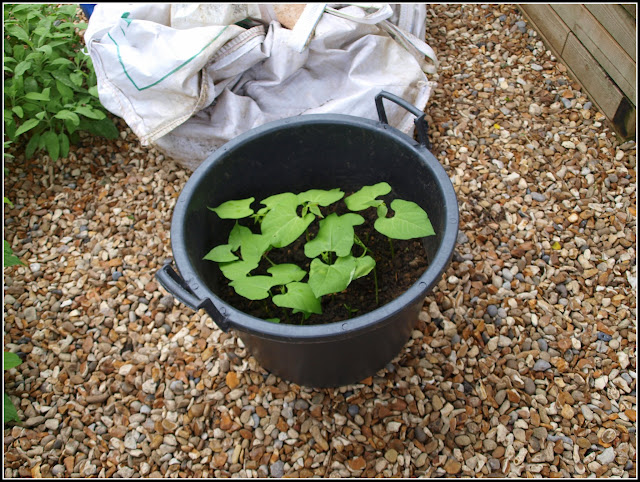 This is another "might as well try" venture. It's probably not the best way of raising Dwarf beans, but I reckon it will deliver a crop of sorts.
Posted by Mark Willis at 12:00