You may recall that I sowed a load of Purple Sprouting Broccoli seeds back in mid-May (the 17th, to be precise). Well, most, but not all of them germinated and this week I judged that they had reached the stage where they needed pricking-out into separate pots. 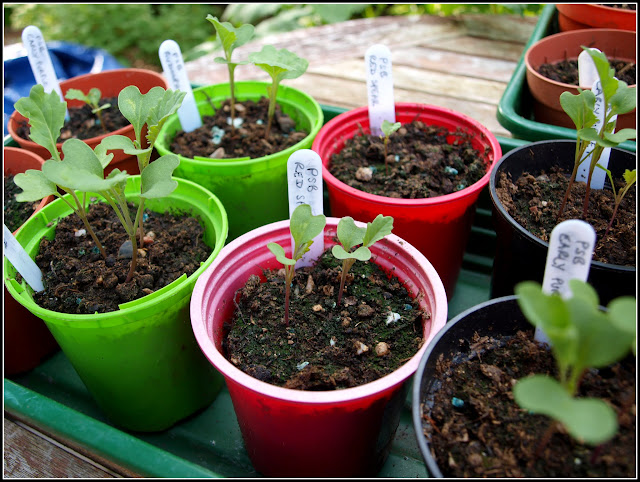 I'm planning to grow only 3 or 4 PSB plants this year (I haven't finally decided!), but I sowed 6 seeds of each of 4 varieties, so despite less than 100% germination, I have plenty of seedlings to meet my requirements! Following my normal practice, I kept three times as many plants as I really need. This will ensure that even if there are some casualties I won't be left short. 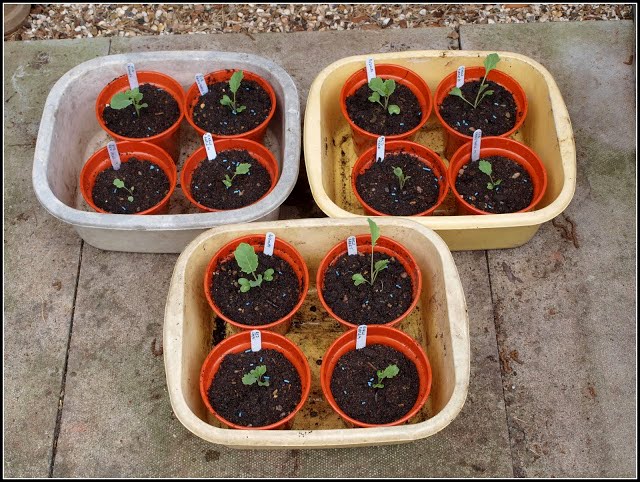 If you are wondering why the pots are in those old washing-up bowls, it's simply to make them easier to more around.


I found that there was a big variation in the size and apparent strength of the four different types. Despite being sown on the same day, some were much bigger than others. The biggest ones are "Rudolph". 5 out of 6 seeds germinated. 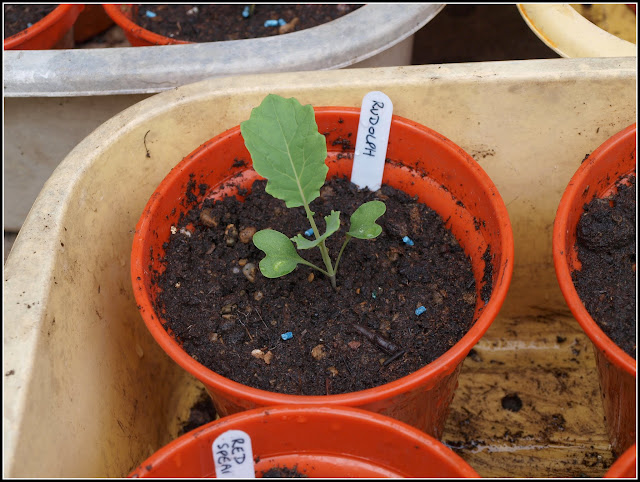 The Mr.Fothergill's version of "Early Purple Sprouting" is much the same. All 6 seeds germinated, but one was very weak. 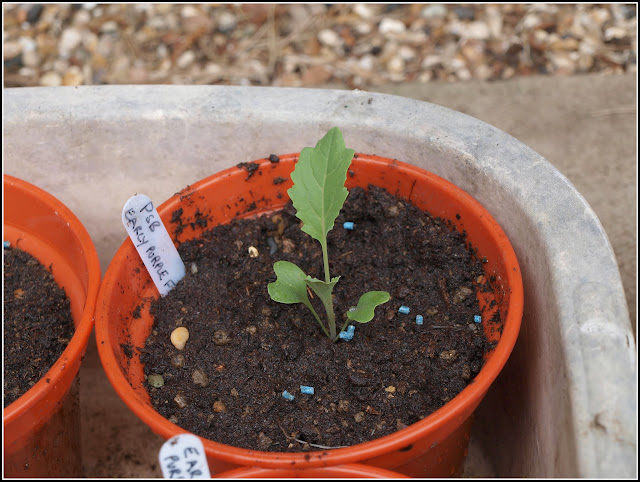 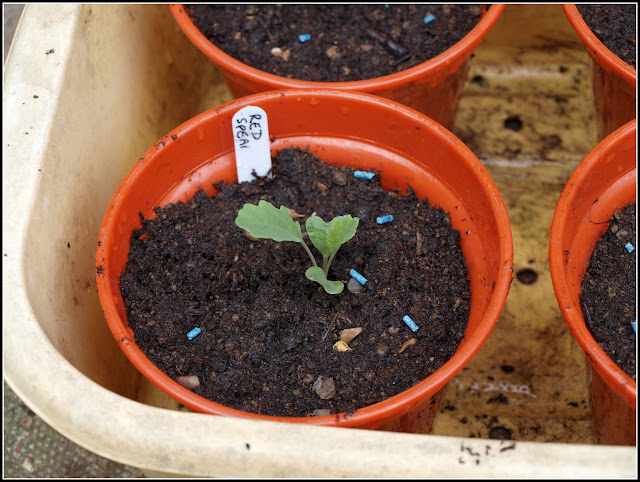 Least impressive of the bunch was the Marshalls version of "Early Purple Sprouting". Again, this was not a new pack, but it was only from last year so I would have expected a better result. Only 4 out of 6 germinated, and the seedlings do not look strong. 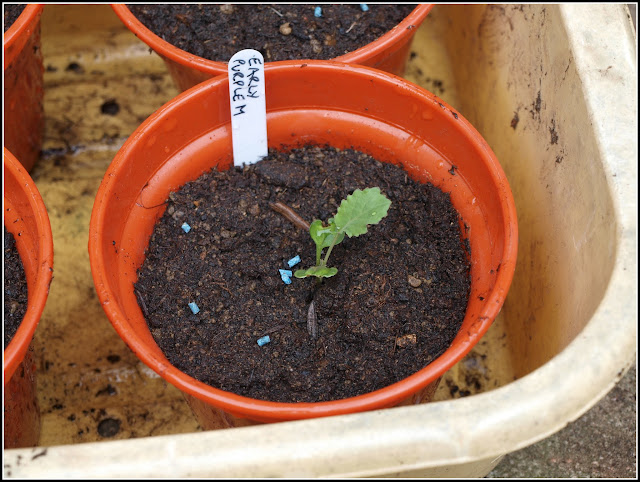 
I will grow the plants on in these 6-inch posts for another few weeks, aiming to plant them in the raised bed currently occupied by the Broad Beans. Said beans are now covered with rapidly-swelling pods, so hopefully my plan will work out all right. Keeping PSB in small pots for too long can stunt their growth, so it's not recommended.