Squeezing in a few more veg

Now that I am harvesting potatoes, some of the big 35-litre pots in which they have been growing are starting to become available again. Rather than leave them idle, I am putting them to use for producing a second crop. I know that some of the nutrients in the soil / compost mixture will have been used up, but potatoes are only in the ground for a limited time, so I believe the compost will still be OK. Furthermore, if I plant a different crop, (other than potatoes, I mean), it will probably be looking for different nutrients anyway. 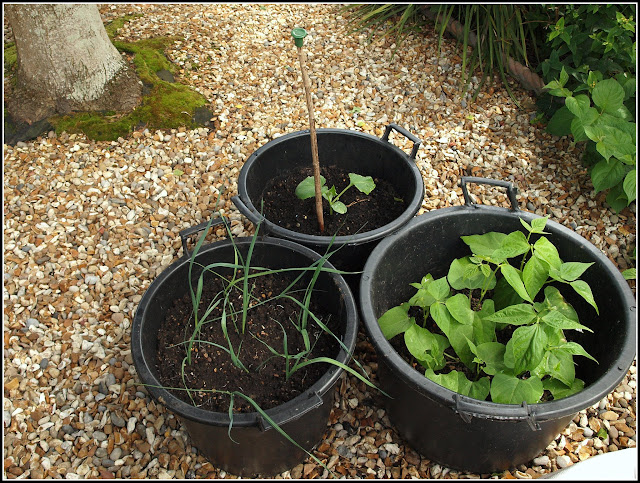 Into one of these pots have gone nine "Toledo" Leek seedlings, left over from when I planted-up my main batch. 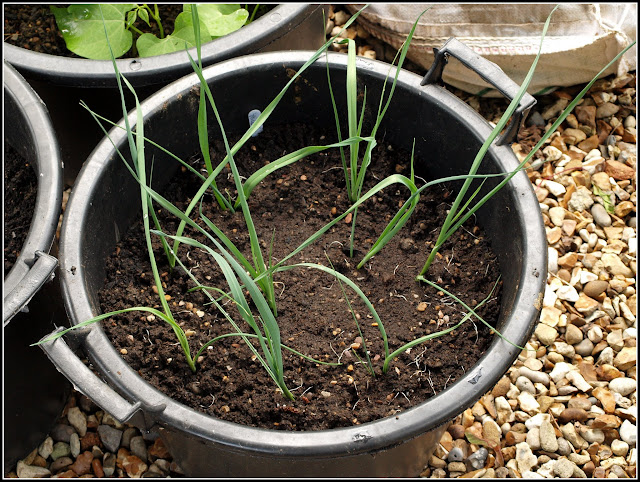 I grew a few Leeks in exactly the same way last year. They were never particularly good, but then none of my Leeks were. I think it was a bad year for Leeks in general. I'm hoping for a better result this time. 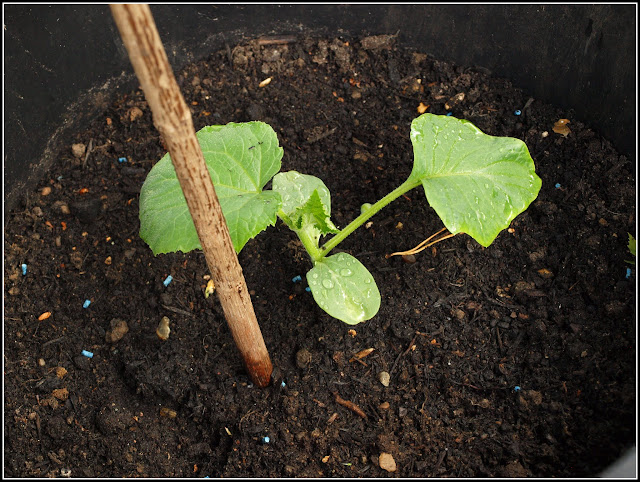 For the time being I have just given it a short stick to protect it from the furtling of badgers and foxes, but when it gets a bit bigger I will erect a wigwam of bamboo canes for it to climb.


Next-door to these two is a pot with several Dwarf Bean plants in it, which I have described before. 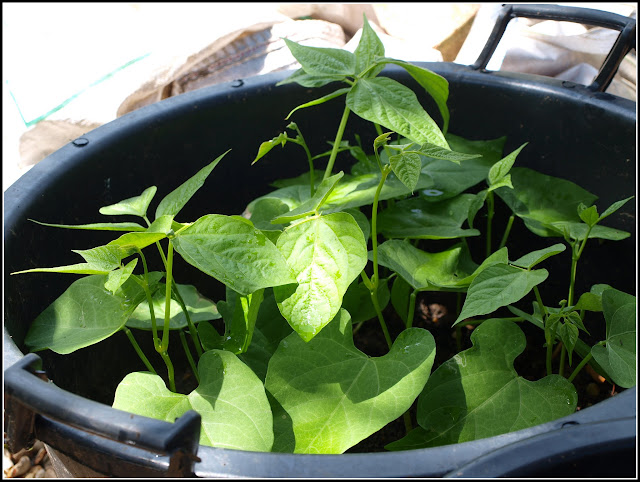 I have tucked in a couple of other Cucumbers too. My spare "Diva" was such a good specimen that I couldn't bear to ditch it, but it was getting very big. It HAD to go somewhere. There wasn't anywhere! Finally I found this rather unpromising spot, at the foot of the Philadelphus tree: 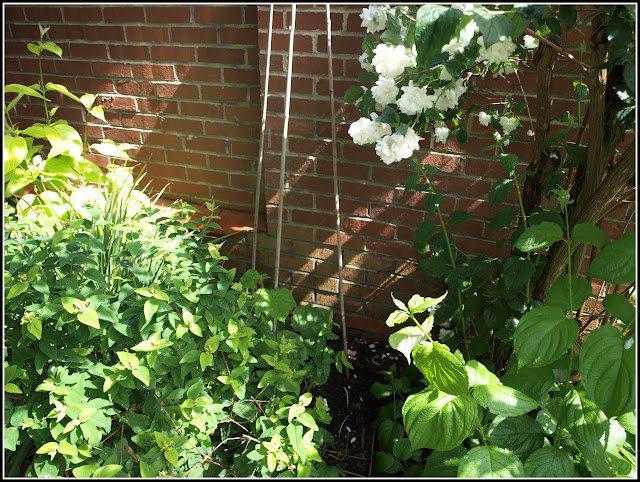 Yes, I know it is difficult to see a Cucumber plant in there, but the wigwam of canes should be a clue. here it is:- 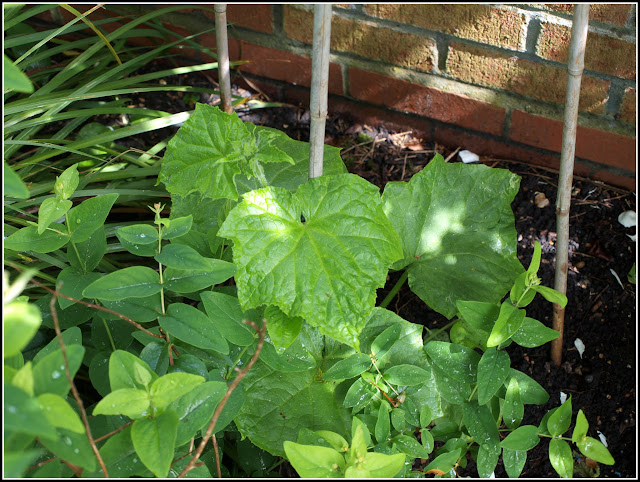 It's a far from ideal spot, but as you can see, it does get at least a bit of sunlight, so hopefully it will be OK.


Do you remember the "Mini Munch", which was a real runt? Well, I decided to give it a chance, and put it in the big tub with the other Cucumbers and the Cucamelons. Unfortunately, I think the poor thing is jinxed because on Saturday we had another amazingly ferocious storm and the plant was battered down to the ground by hail and torrential rain. 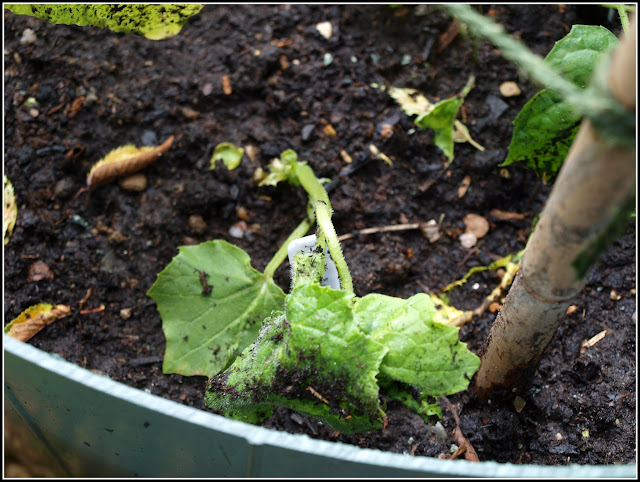 Will it survive? It seems unlikely. 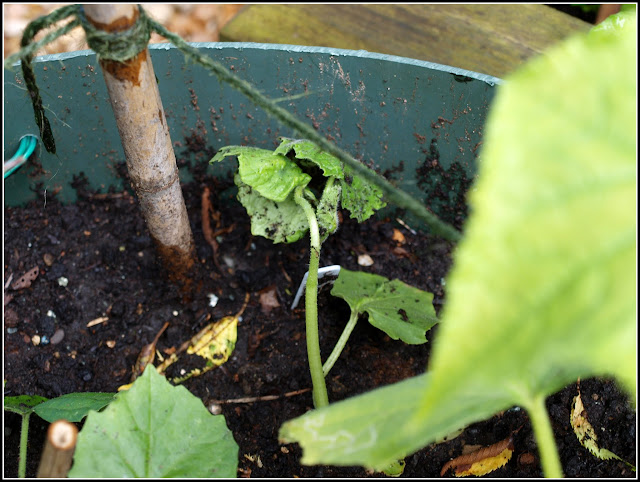 Meanwhile the diminutive Cucamelons reach up to their bigger cousins for a helping hand... 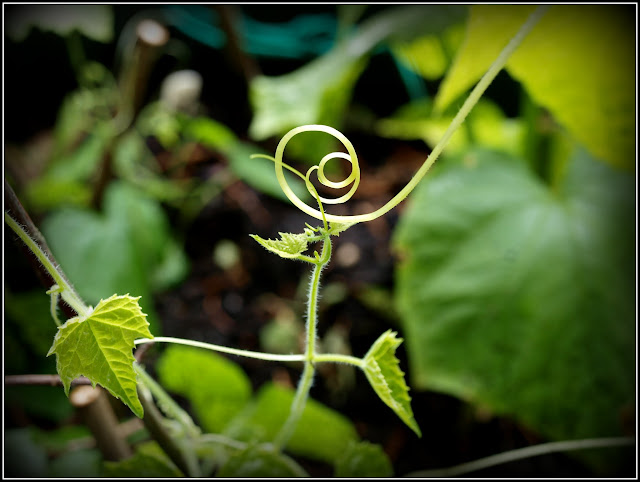 This is not one of my efforts -- this Carrot has eased itself into the Broad Bean bed without me noticing. 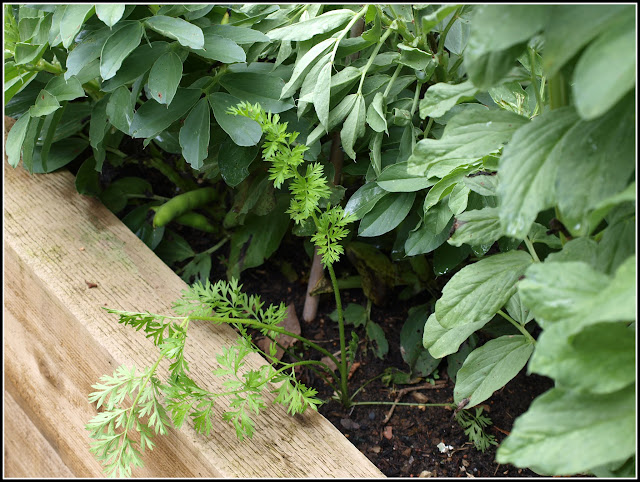 Still, now that it's there though, I think I'll let it stay.
Posted by Mark Willis at 12:00