Once again, my harvest this week starts with Lettuce: 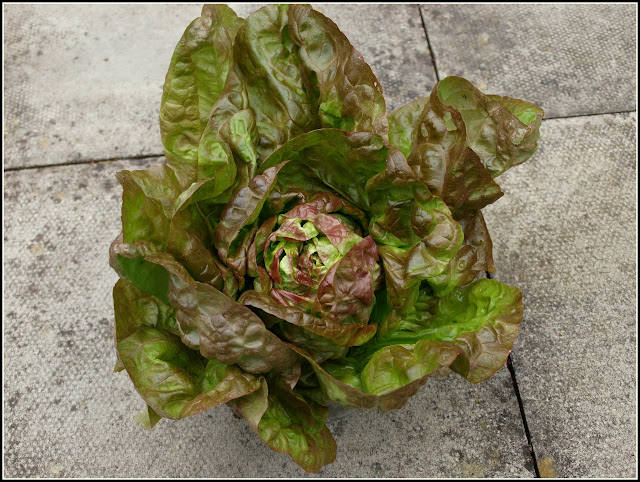 I think you'll agree that this is a nice-looking Lettuce though. It is a "Cervanek", grown from seeds sent to me by Dominika in the Czech Republic. 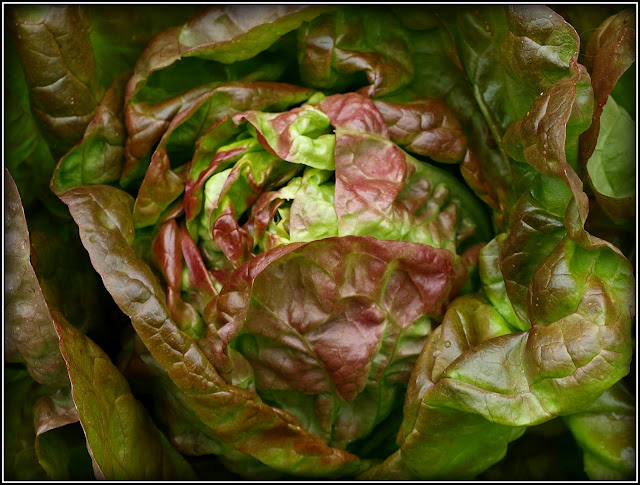 From the outside this lettuce looks very red, but it's just the tips of the leaves that are red: the inside is mostly a very yellowy green: 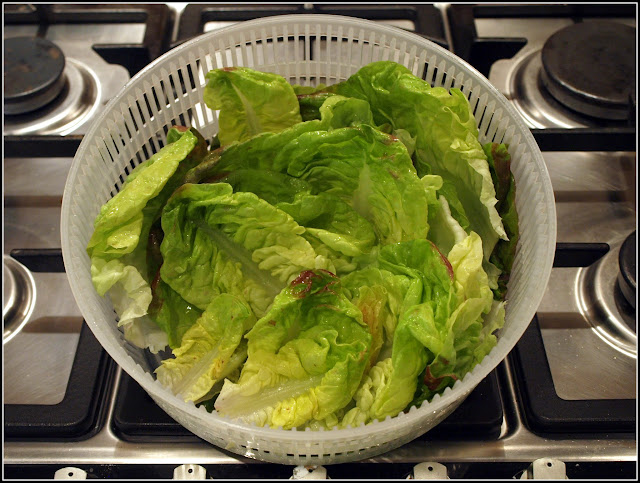 This week I have lifted the first of my potatoes:


I made a mistake with these. Against my better judgement I lifted some 2nd Early ones ("Nicola") first, because they had produced flowers, which is normally an indication that the tubers are ready. As soon as I took the plants out of their pot I saw that the tubers were NOT ready. I took just a few from around the edge and then put the plants back in the pot so that they can continue growing. 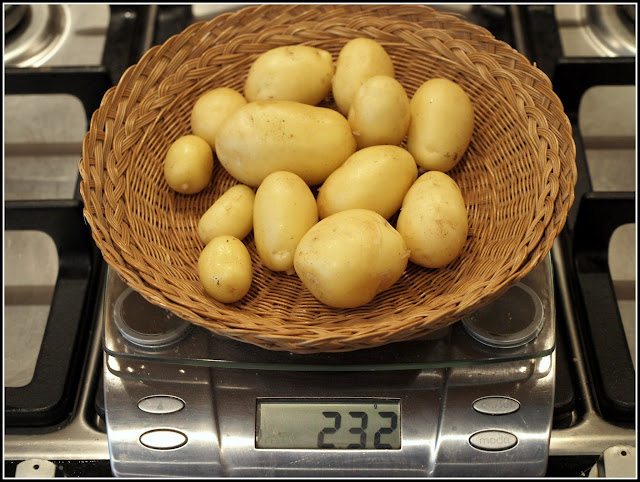 Then I did what I should have done in the first place - I lifted a pot of 1st Earlies ("Lady Christl"), and these were much better. The yield was not huge (899g from two plants in one 35-litre pot), but the tubers were very clean and even. 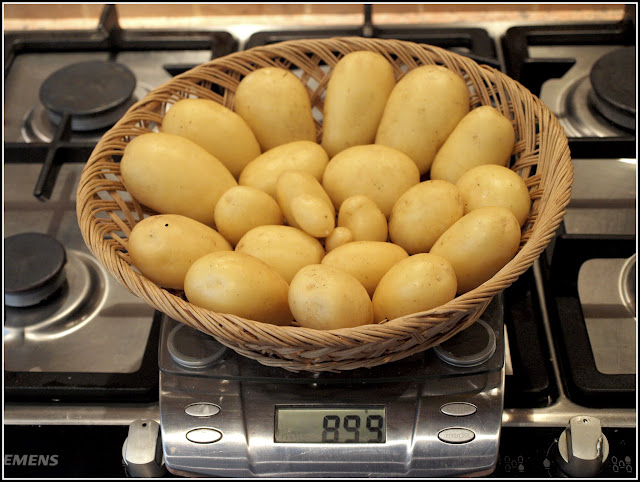 I was a bit concerned by how dry the soil was in both of the pots though. This year, because of fears over weedkiller contamination,  I am not using any of the composted stable manure that I have used for the past few years. The growing medium in the two pots I harvested from this week is a mix of Norfolk Loam and that Wickes multi-purpose compost. The loam had set very hard, and the MPC had a lot of very coarse fibre in it (I think it might be shredded wood!), so neither was really fit for purpose. Some of the potatoes I planted a bit later have home-made compost instead of the Wickes stuff, so we'll see if that has made a difference to the moisture-retention. In the meantime I have made a note to be even more attentive than usual with watering the spuds.


The last harvest I want to mention this week is this: 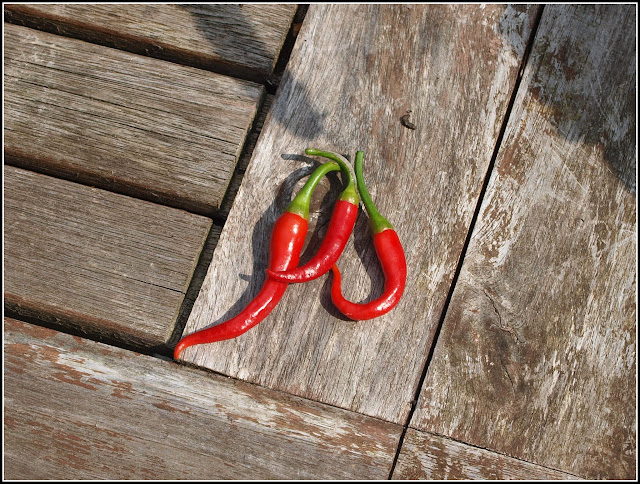 They are my first ripe chillis of the year. These little pods are from a plant of the type I call "Turkey, small, red". We won't be eating these three, because I want to dry them and keep the seeds for sowing next year. Hopefully there will be more pods for us later on. As you will have guessed from the nickname, the seeds for this one originally came from Turkey, and right now, because of the political / security situation, it seems unlikely that we will be visiting Turkey again in the near future, and consequently there won't be any opportunities for re-stocking!

I'm linking this post to Harvest Monday, hosted by Dave at Our Happy Acres.
Posted by Mark Willis at 12:00