This time last year we visited a number of properties open under the National Garden Scheme (NGS), in the village of Froyle, just a few miles from us here in North-East Hampshire. Looking through the NGS "Yellow Book" the other day we saw that the Froyle gardens were open again this year on Saturday 4th and Sunday 5th June, and we almost decided to go, but on an adjacent page in the book we saw the entry for Dipley Mill, and changed our minds! Dipley Mill is very near to where we live (about 7 miles?), and very close to West Green House about which I have previously written a couple of times.


Although Dipley Mill is in a very secluded location, deep in the countryside, we have driven past it a couple of times and always paused briefly to admire it from a distance, but we had never had the chance to go inside. Now we had that chance! 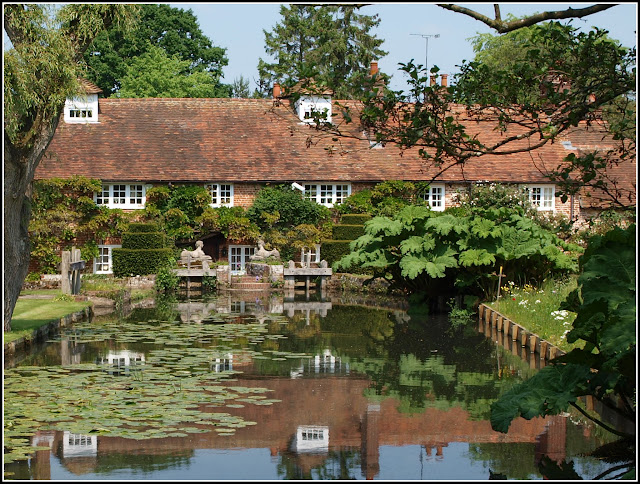 Although this property is open for pre-arranged garden tours at other times, it is only open under the NGS scheme for a few hours each on four days in the year, so one has but a fleeting opportunity to visit this fabulous gem of a garden! We went early ("to avoid the crowds"!), and it wasn't yet open, so we leaned on a bridge for a few minutes and admired the place from where the public road crosses the River Whitewater. In times gone by (and until not very long ago) this was a working flour mill, one of six on this little river. It is ancient too, being listed in the Domesday Book (1086). The view reminded me very much of the long pool at RHS Wisley.

What do you think? Aren't they similar?


This is the view in the opposite direction from the same bridge over the river. 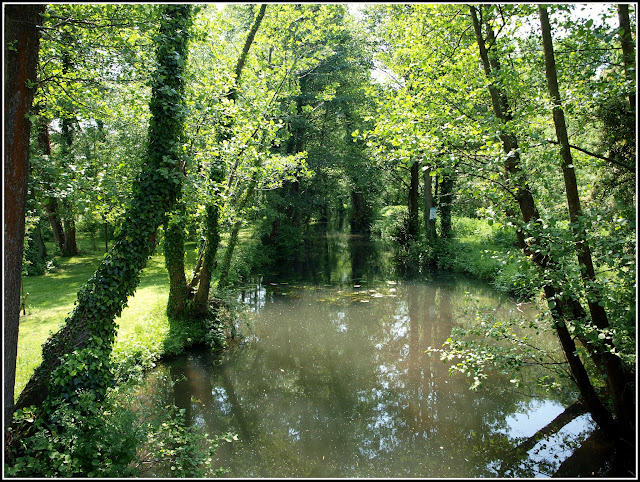 Once inside the grounds it soon became apparent that the property is maintained in immaculate condition. It was as near perfect as a garden can be! It is arranged in a number of different-themed "rooms", each self-contained yet somehow co-ordinated with the rest.


You feel you want to keep moving, just to see what's round the next corner. Having said that, there were loads of places equipped with seats and benches where you could just sit and admire the surroundings. Here's the view from one of them: 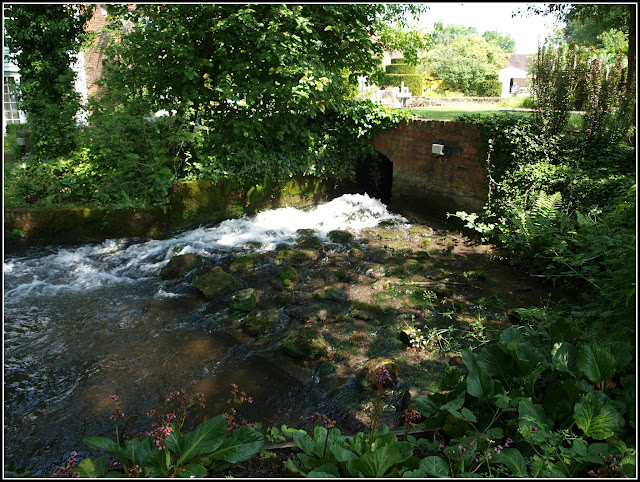 One of the "rooms" was an Indian-themed one, centred around a swimming-pool. This area is fully enclosed by a tall white-painted wall which traps the sun and gives the area a very tropical feel. 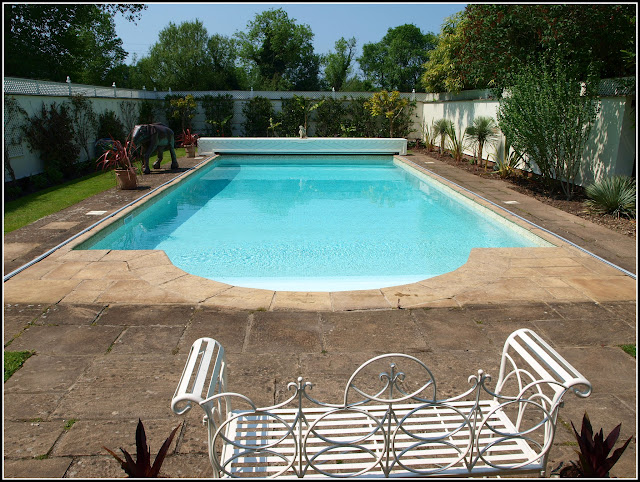 The bench seen in the previous photo is in front of this fabulous little pavilion (very Indian, I felt) where you could sit and eat your tiffin after a refreshing swim, of perhaps sip a chota peg as the sun goes down! 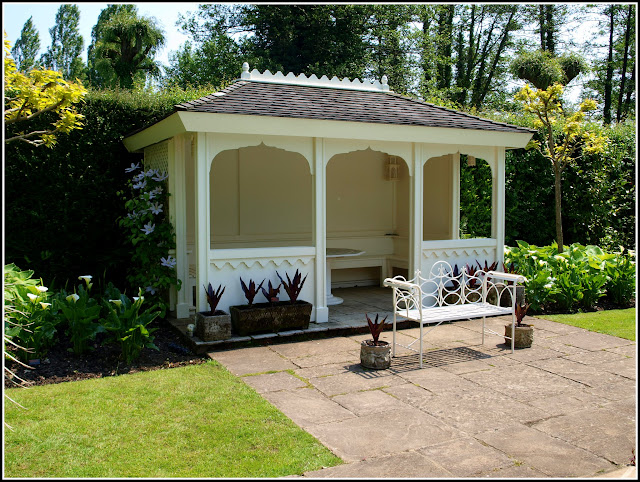 Inside the pavilion was this impressive table: 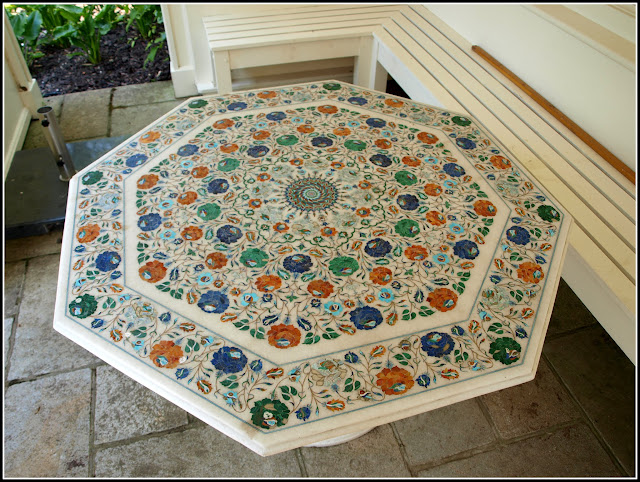 Pursuing the Indian theme, this striking statue stands imposingly beside the pool: 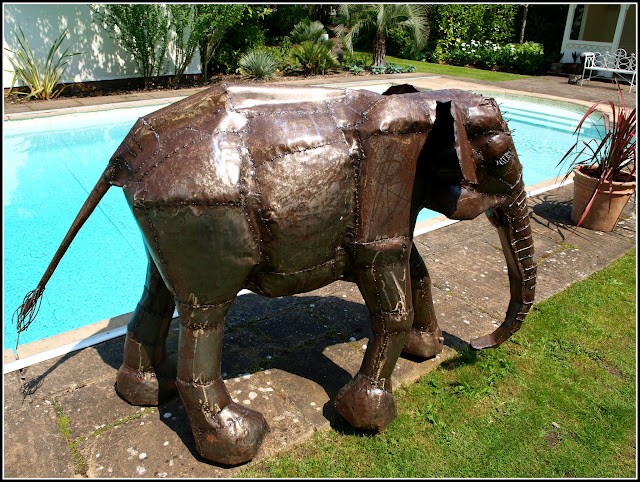 A bit further on the theme changed to a more Oriental one. The pairing of this sampan with the tall yellow bamboo behind was just so appropriate! 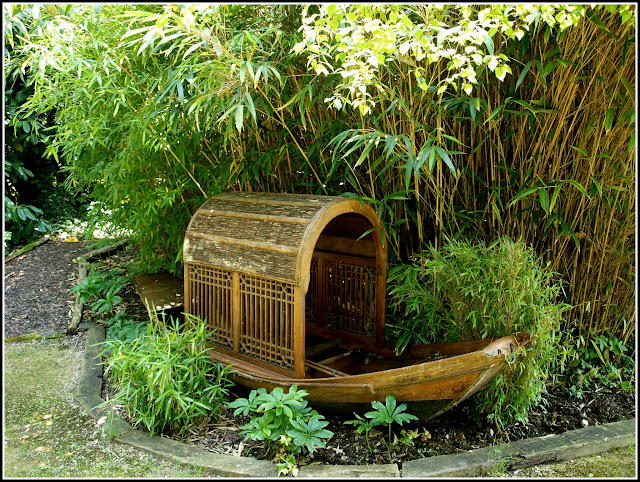 Understandably, the garden has a big emphasis on water. We felt that the owners had done a brilliant job of blending the natural scenery and plants with the artificially-introduced ornamentals. The River Whitewater is perhaps not so aptly named, since it appears to be calm and gentle with a complete absence of white water! 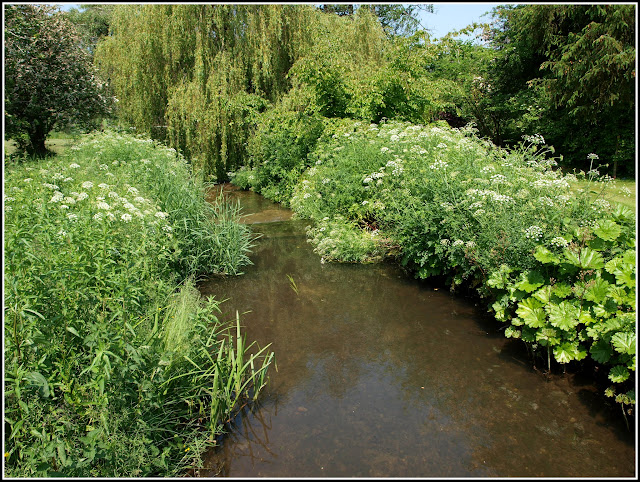 The owners have left a lot of the plants along the river-bank to do their own thing, and at this time of year the Cow-Parsley and Water Dropwort make a sensational display.

Because of the mill's original purpose, part of the river actually flows under the house: 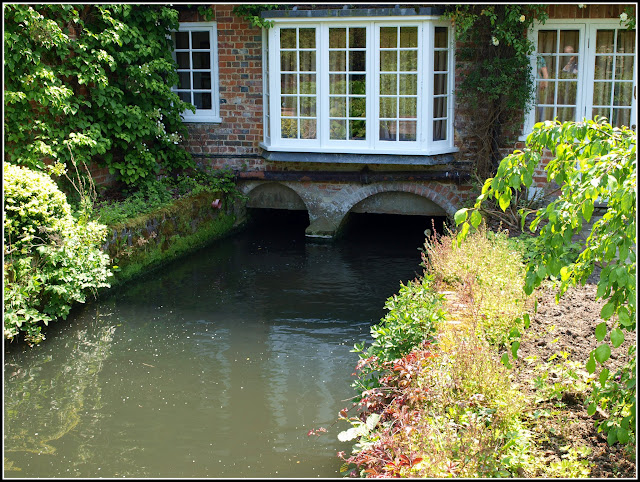 At the rear of the house is a very comprehensive Herb Garden, with many of the plants displayed in pots and containers of different types: 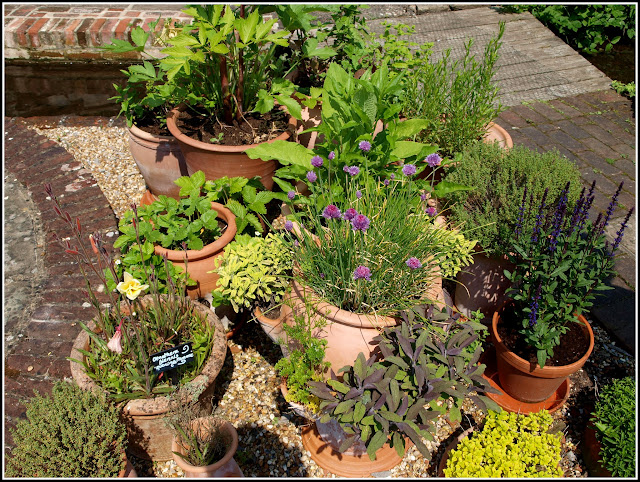 The Herb Garden is overlooked by a huge (and fully-functional) dove-cote. The tranquillity of this place is much enhanced by the soft cooing of the doves. 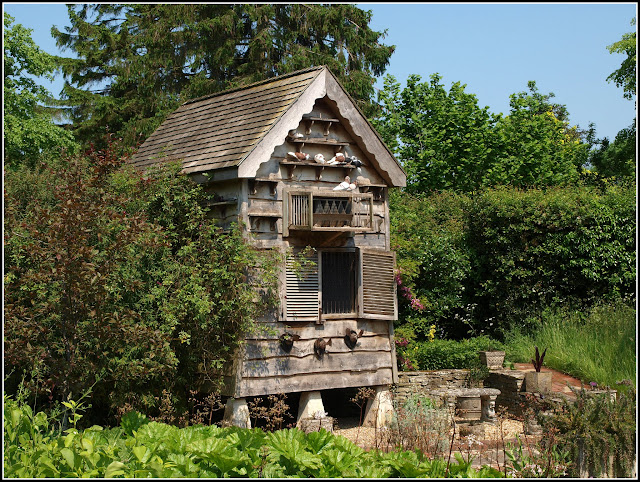 We were intrigued by the bat-wing ornaments affixed to the wall of the dove-cote. I'm not sure of their significance. 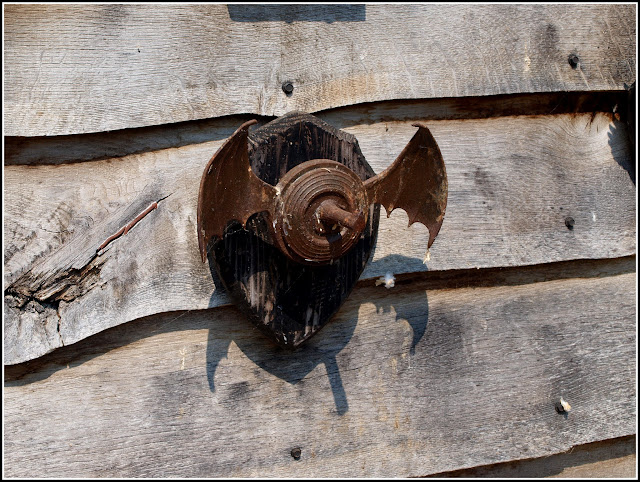 This is the Vesta garden, containing predominantly white flowers. It's not at it's best in early June, but will be much more impressive in a month's time, when the archways will be covered in white roses. 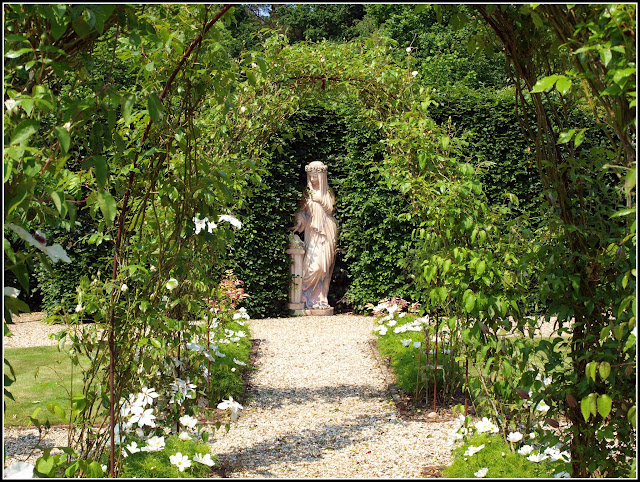 This is part of the Rust Garden (plants predominantly red or russet-coloured), viewed from a raised gallery (complete with seating area) accessed by a wrought iron spiral staircase - genius! 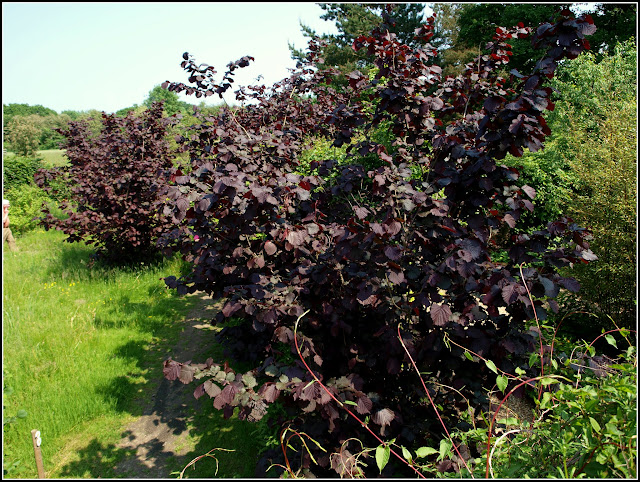 Yes, there was a vegetable garden, but to be honest it was the least impressive feature of the property - little more than a token effort, I felt. 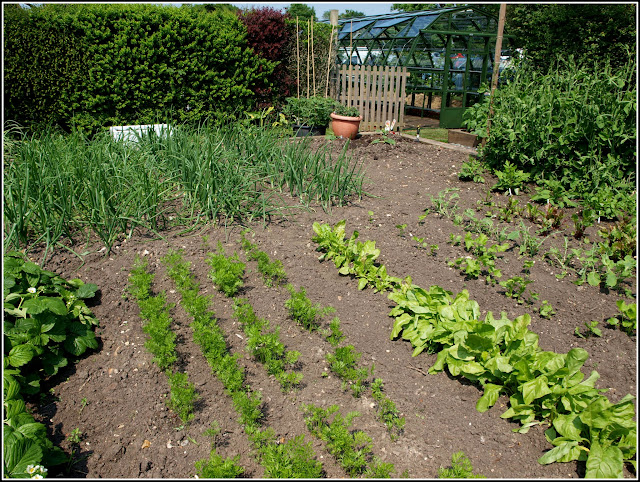 Next to the vegetable garden was a greenhouse full of orchids. I mean "full" in the best sense - not crowded. A modest number of excellent specimens. 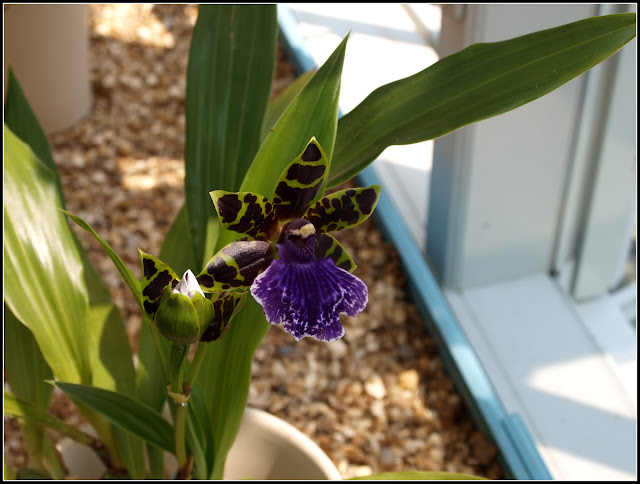 Behind the greenhouse is the Oriental Carpet Garden, laid out in patterns of contrasting colours. Many of the plants here are succulents and diminutive Alpines: 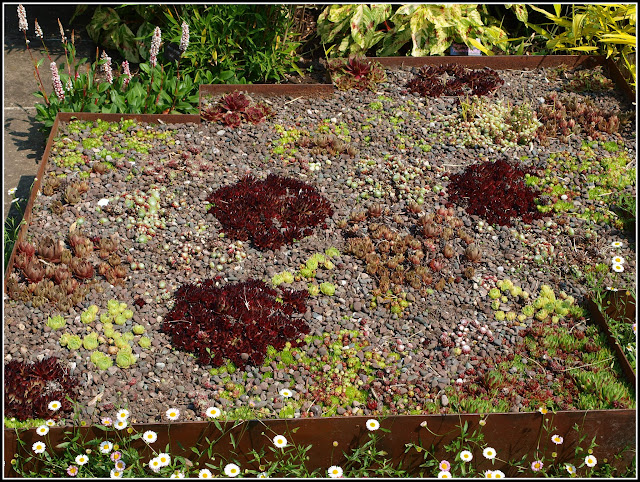 Straight through the middle of this garden was a stepped rill, arranged so that the sound of running water was ever-present. 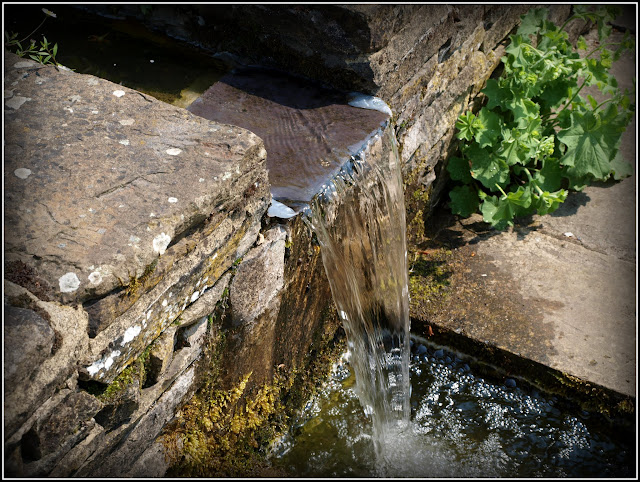 Next stop - the tea-room! Even here, we were impressed. Good quality products, served efficiently by courteous and attentive staff; and plenty of seating on a terrace with welcome shade; (on Sunday when we visited it was hot and sunny).


Another very popular feature (nearly as popular as the tea-room...) was the Alpaca enclosure, especially as two very young Alpacas were on display. 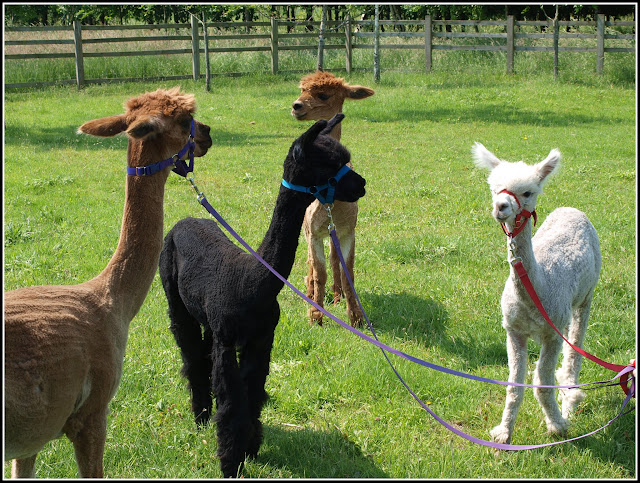 The garden scores bonus points in my view, because it had Plant Sales area offering a small range of fine specimens. I succumbed to the temptation and bought this lovely rose-scented Geranium for a mere £3: 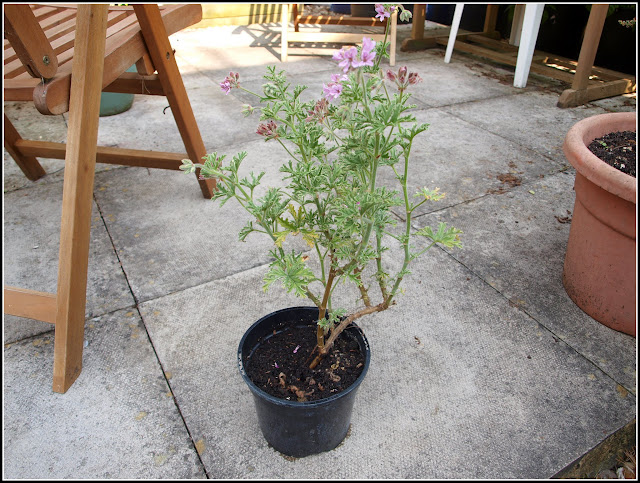 All in all it would be hard to imagine a more attractive garden, and now that we have been there in June we will want to see it again in July, August and September!
Posted by Mark Willis at 12:00