Well, I'm getting pretty fed up about the lack of Summer weather. Half-way through June, we ought to be sweltering in the heat by now, but sadly that's not the case.


Despite the disappointing lack of sunshine, my tomatoes are producing lots of flowers, and now one or two of them have set fruit.


I reckon this might be the first Sweet Pepper to set too. It's on the plant I call "Turkish Sweet Pepper". 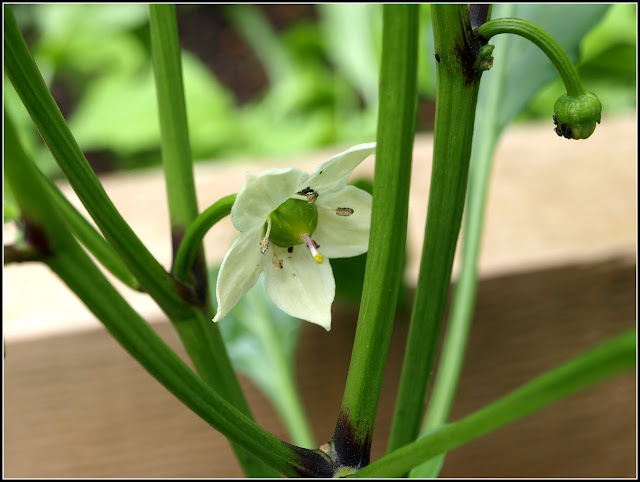 Little cucumbers are forming. I'm fairly sure this one will have been pollinated because I saw a bee visiting it while I was photographing the plant. 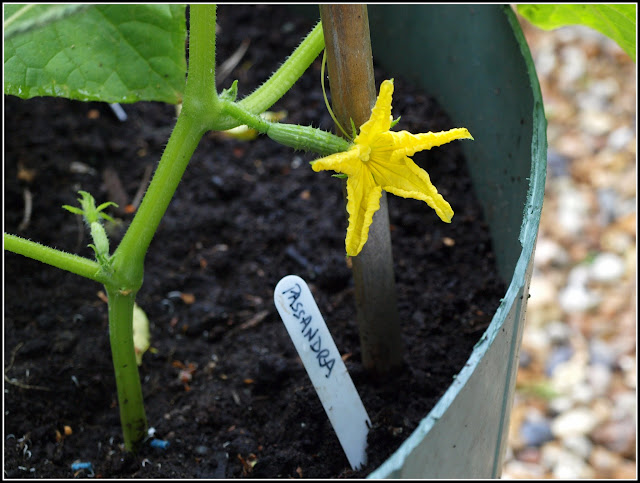 I just hope the cucumbers don't crowd-out and overshadow the Cucamelons, which are still very small. 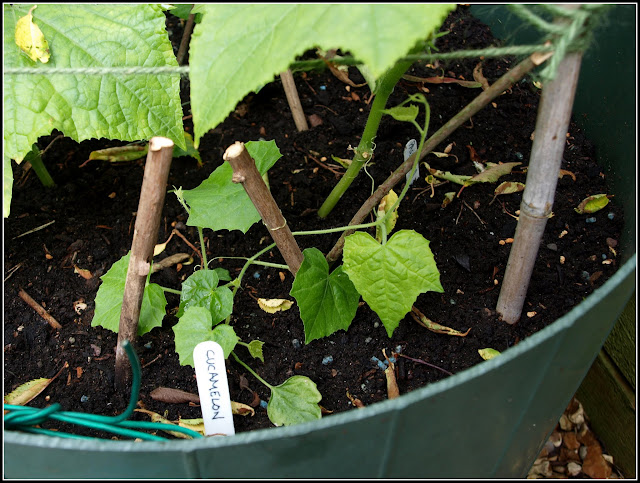 I have moved all my chillis out into the fresh air now. 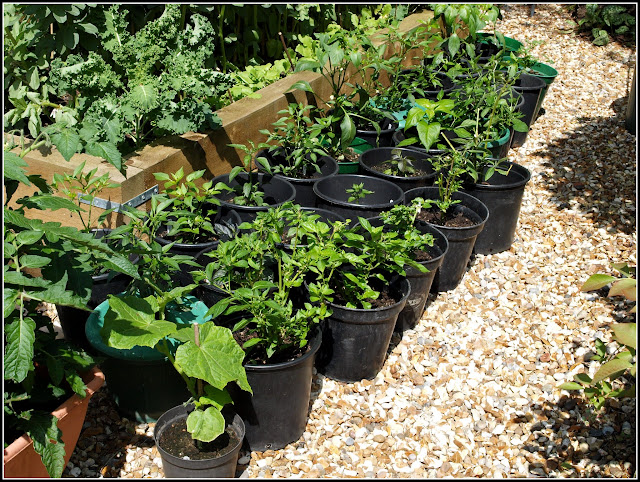 I have 26 chilli plants, including six kept from last year. That's if you don't count these, still in 5-inch pots... 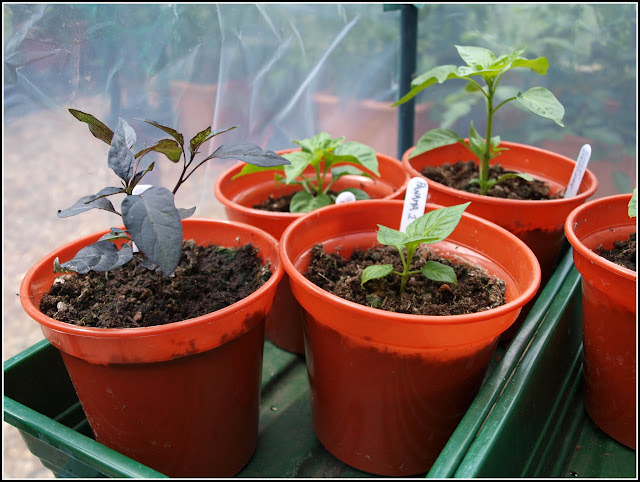 ...or these tiny ones, which will probably not get big enough to be useful this year. 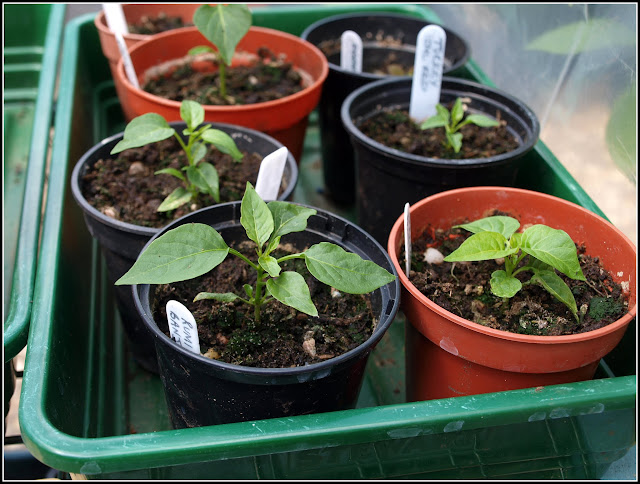 Some of the chillis have been growing incredibly slowly. I suppose they just need more warmth and sunshine. This little chap is originally from Panama, and I expect he's feeling really homesick! 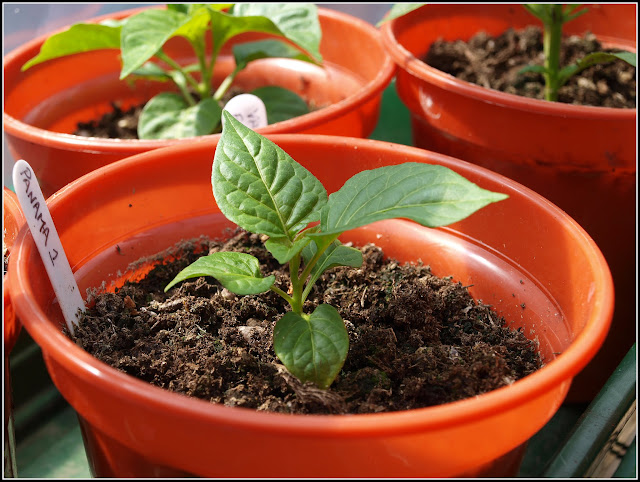 The Broad Beans are doing OK. Some of the pods are swelling quite nicely and I reckon I might be able to harvest a few in a week or so. 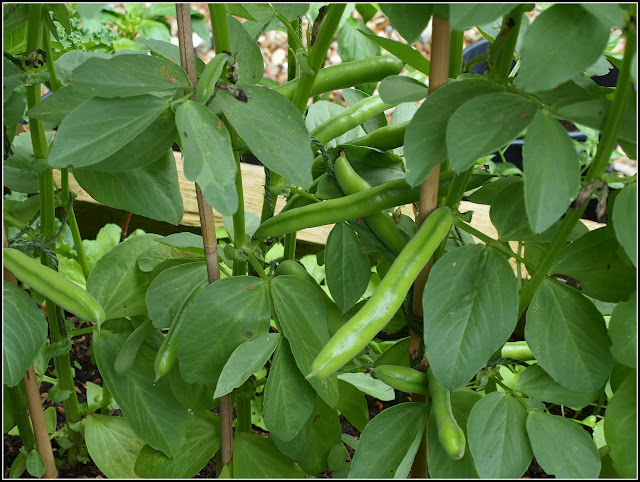 The "Desiree" purple-podded peas have begun to exchange flowers for pods. Guess what colour the pods are...?! 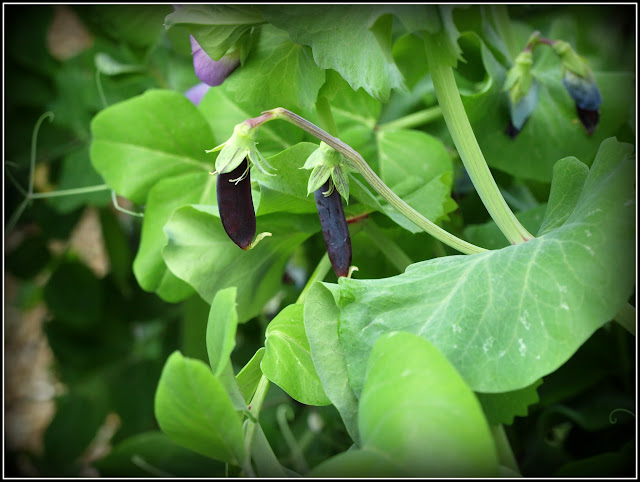 The berries on the Honeyberry are ripening now, and turning blue. 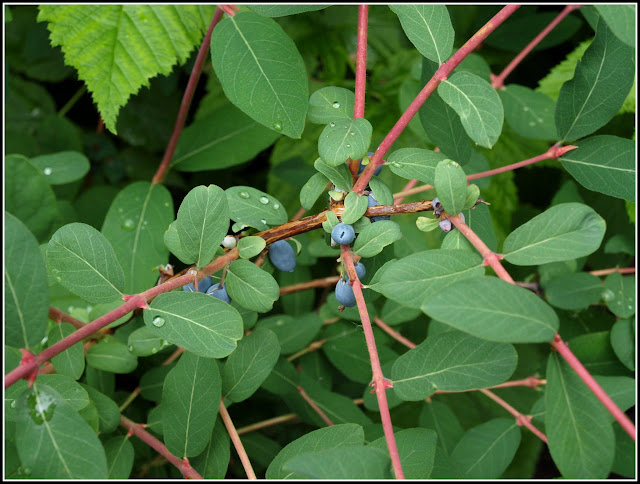 I tried eating one a couple of days ago to see if they were ripe. It's hard to tell, because I've never had one before. I was (am) expecting them to taste vaguely of honey, but I suspect the name "Honeyberry" simply derives from the fact that this plant is a type of Lonicera - aka Honeysuckle. The berry I ate had a rather strange taste, but it wasn't sweet, so I'm guessing it was not fully ripe. I'll leave them a few more days.


I hesitate to bore you with more Lettuce photos, but the fact is, we have lots of lettuce! This one is a "Redin", similar to "Red Salad Bowl", a type that lends itself to the Cut-and-come-again method of harvesting. 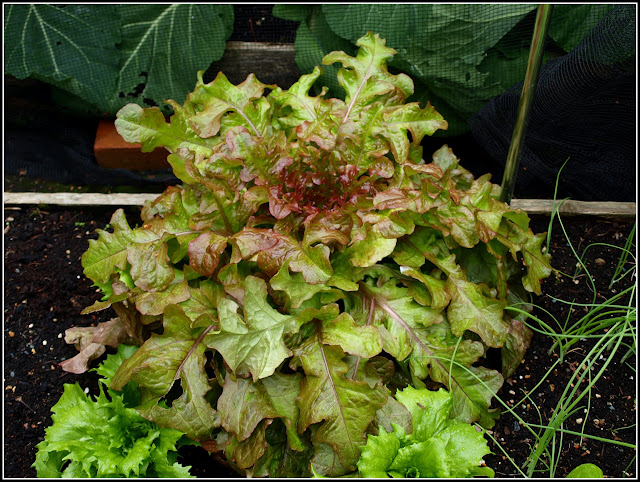 Not everything is good in the Salads bed though. Two of my four "Variegato di Castelfranco" chicories have bolted: 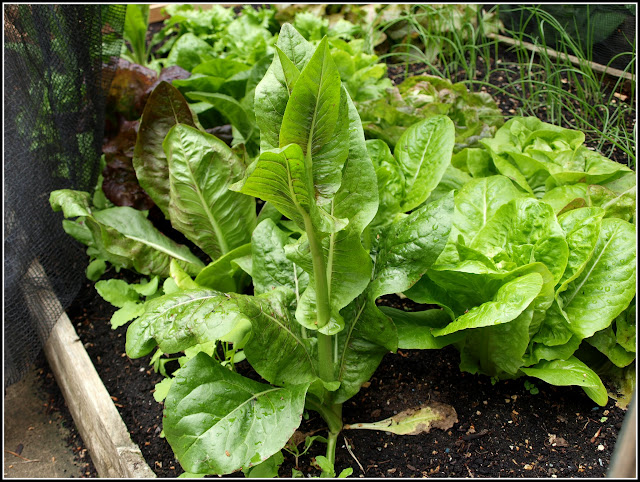 I expect the others will follow in due course. I'm not too disappointed, I have to say, because they were "volunteers". As I have written elsewhere, trying to grow chicory or endive during the Summer here seems to be a waste of time - they always bolt. Having said that, there's one Endive that just might prove me wrong on this: 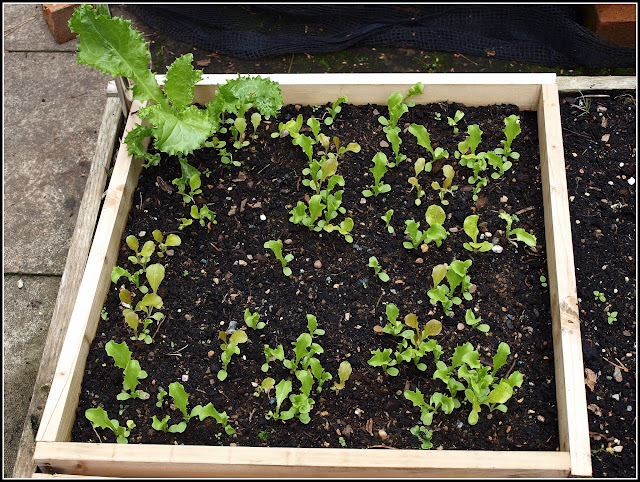 This is my second batch of so-called "Daddy Salad", but there's one endive plant there in the top corner that got left behind from the first batch. The germination of this second batch has been a bit erratic. I know I just scattered the seeds any old how, but they have come up very patchily. Also, it seems that most of the seeds that germinated are either endives or red lettuces. There are very few of the green lettuces. The endives are destined to be harvested at a very young stage, so they won't have a chance to bolt on me!


The last thing I want to show today is my Clematis plant, which is recovering from its earlier frosting. Many of the shoots and small leaves were lost to frost in April, but two strong new stems have appeared from the base of the plant, so it's going to be OK after all, though I doubt whether it will flower this year. 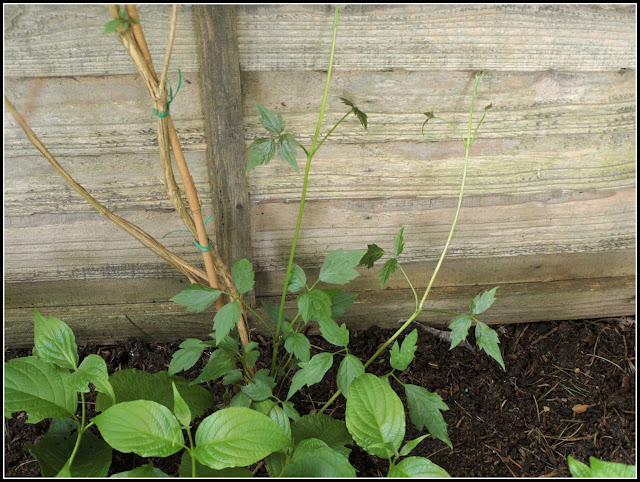