More on the weedkiller problem

Several people have contacted me to say that having read what I wrote last week about further problems with weedkiller contamination in my tomatoes, they think they are suffering from the same thing. I'm pretty sure that this issue is a lot more widespread than you might imagine - and it's certainly not something that the compost manufacturers want to own up to. What a shame that the UK has chosen to leave the EU, because the EU is currently showing much more inclination than ever before to ban the use of harmful chemicals (such as Glyphosate / Roundup) in agriculture!


To help other people to determine whether their plants are affected by weedkiller, today I am posting some more photos of the symptoms. Before I go any further though, let me say that this year my plants are less badly affected than previously. Some of them even seem to be "growing out of" the problem - in other words producing slightly more normal foliage now. But the bad news is, what I'm showing here is a mild dose!


The most obvious symptom is the pronounced inward curling of the leaves, some of which have adopted a sort of corkscrew spiral configuration. 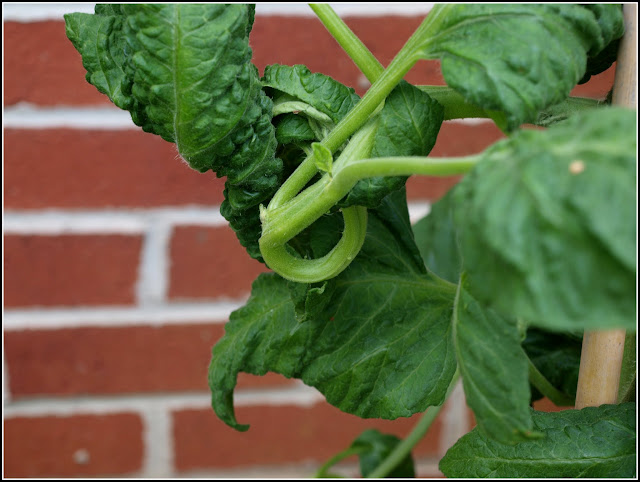 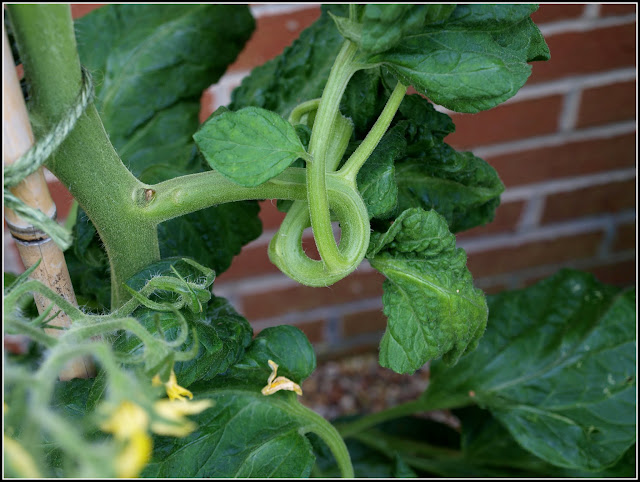 Many of the leaves have developed a blistered texture like this: 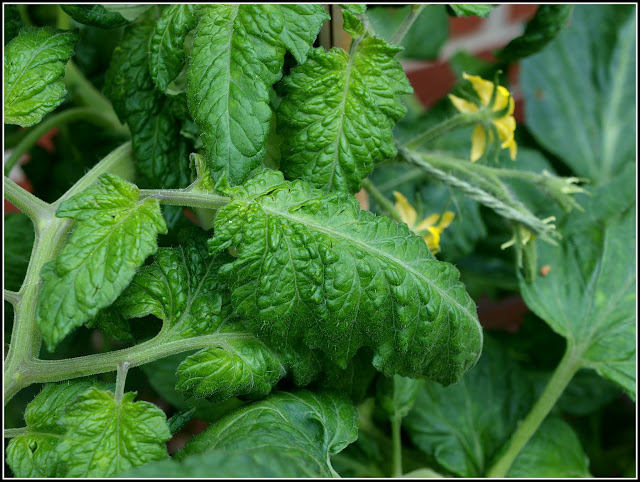 The worst affected plants have both of these symptoms, as well as blotchy discoloured leaves. 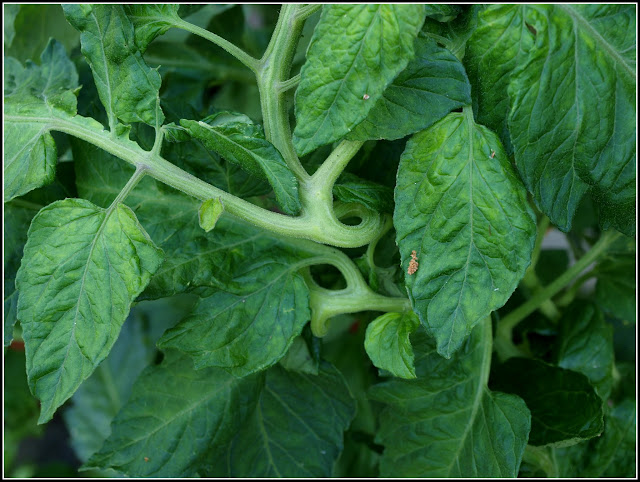 One of the plants, the "Stupice", is exhibiting the so-called "fern-like" foliage which is a well-known characteristic of this issue. Instead of being broad, the leaves it is producing now are long and spindly, and brown at the tips. 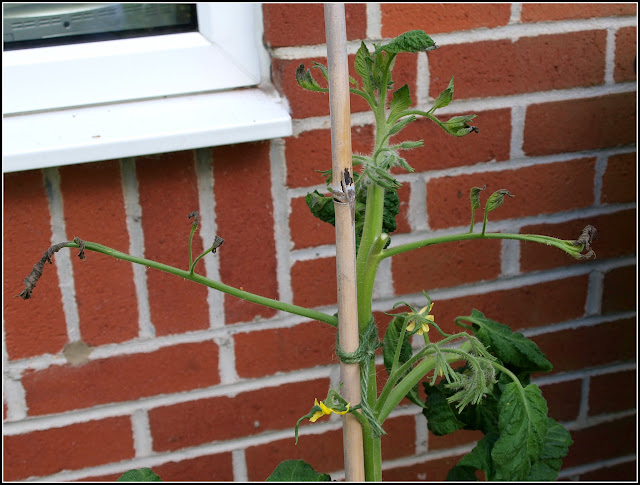 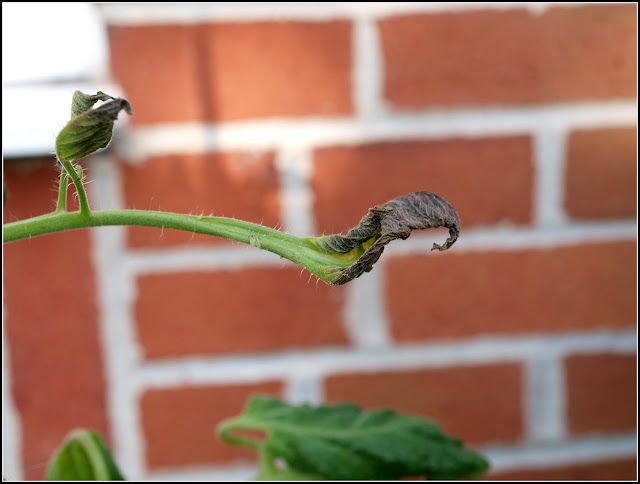 The brown bits are not dry and crispy, nor are they soft and mushy. They are normal leaf texture.


One of my plants ("Cherokee Purple") is very stunted - about 30% smaller than its peers - and has weak yellow leaves with brown tips: 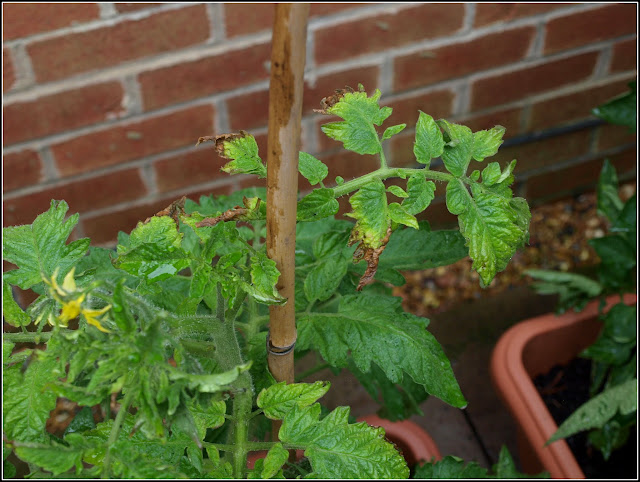 This plant was the first of my 17 plants to set fruit. I can't help thinking that this is because it wants to reproduce quickly before it succumbs! Which sort of leads me to my final point: if you see that your tomatoes are affected by this problem, don't despair, they will probably still produce a viable crop. It may not be a big crop, and the fruits may not be particularly beautiful specimens, but they will still be worth having.


In the long run, my plan is to use less and less commercial compost, and more of my own home-made stuff. I'm also working on a plan to acquire some locally-sourced Hazel rods and beanpoles, so maybe next year you'll see me advocating the elimination of bamboo as well.