Support for the Cucumbers

I think we can now safely discount the possibility of a late frost (famous last words...), so today I have removed the cloche that was protecting my cucumbers, and erected a wigwam of canes for them to climb. 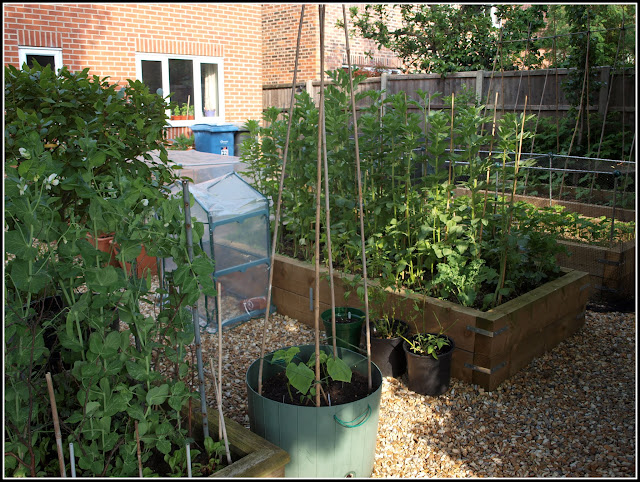 I have used 7-foot canes, because that's what I had. Actually, by the time you subtract the 18 inches or so that the canes are pushed into the soil, it gives the cucumbers about 5 and a half feet of climbing space. I know from previous experience that they will use all of it! The types of cucumber I grow these days produce small fruits, but the vines themselves can get quite big.

I have used four canes, though at present my container only contains three plants - one "Diva", one "Passandra" and one cucamelon. I'm planning to add another cucumber plant when it's ready, and the second of my cucamelons when it gets a bit bigger.

This is the second cucamelon - still very tiny: 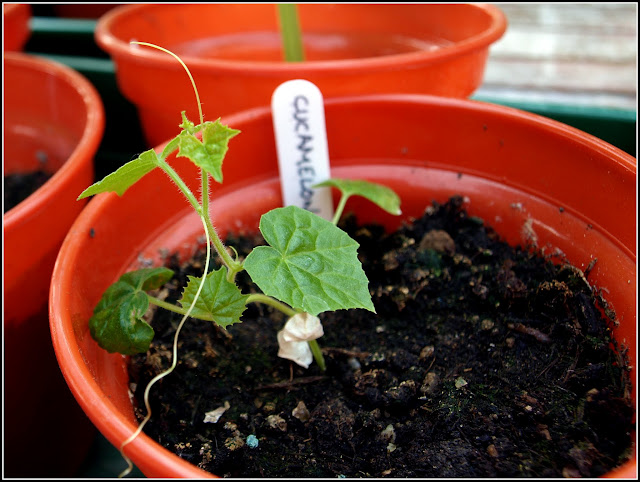 I haven't given up completely on the "Mini Munch". It's definitely alive, and has now produced a leaf! Who knows, it might eventually get big enough to be useful... 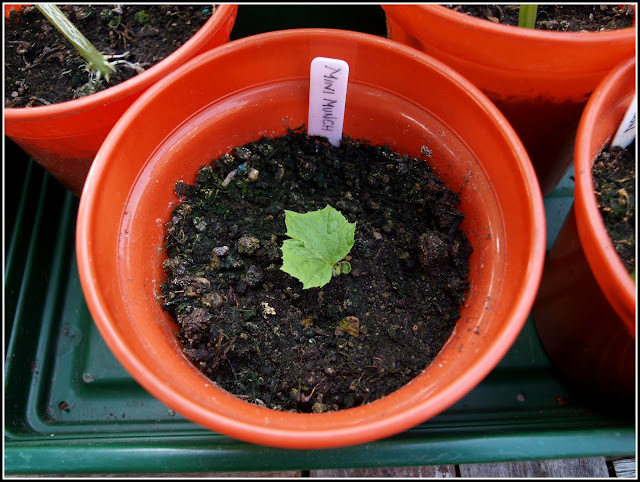 The other possibility is this: 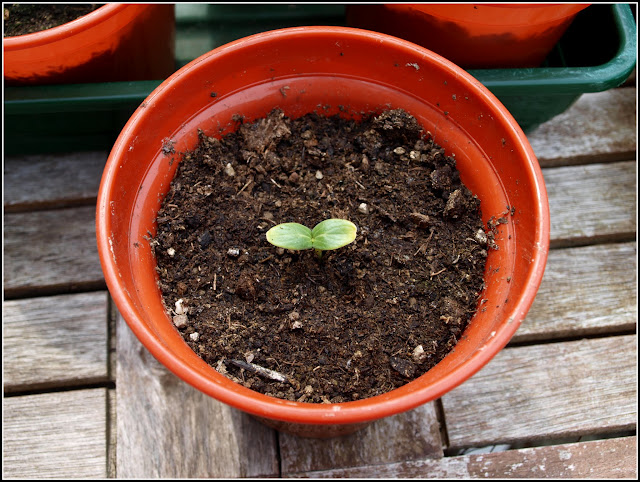 This one is a sort of "accident". I had received a pack of mixed cucumber seeds from a friend, and I didn't think there was any chance of me growing them because I had plenty of cucumbers already, so I packaged them up with some other seeds that I was sending to another friend. Later on, once the package had been despatched I found just one seed (obviously a cucumber, judging by its shape) on the floor near my chair. I thought "This is serendipity. That seed is destined to live!" So I sowed it and now I have a mystery cucumber plant to add to my collection. If it looks like being any good, it will occupy the 4th cane in my cucumber container.

You will notice that I have run a line of string around the canes, about a foot above the surface of the soil. This will serve two purposes: first, to help support the plants until they begin to grip the canes; and second, to dissuade animals from digging in the container. 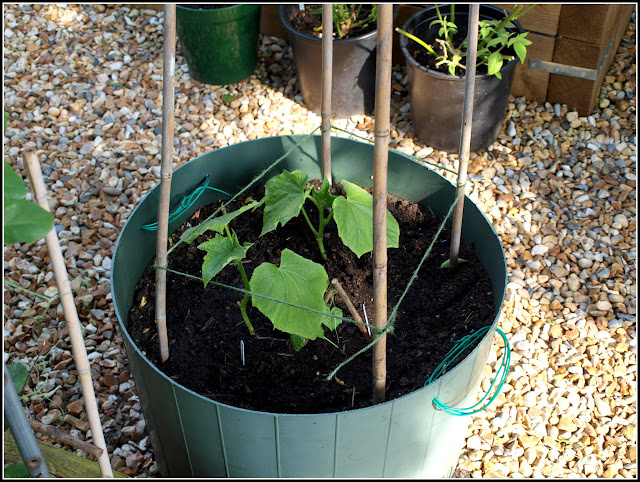 The delicate little cucamelon plant is also protected with a couple of short sticks, for the same reason. It looks so fragile, I'm sure a cat's paw could easily crush it. 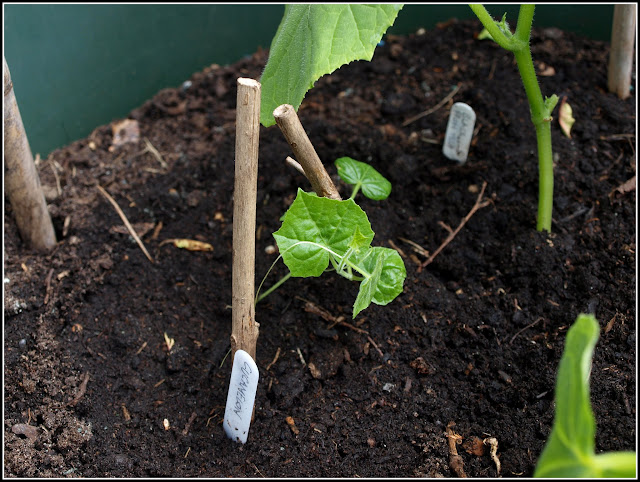