Despite the recent poor weather (cold, dull, windy), most of the plants in my garden are doing what they normally do at this time of year - putting on lots of new growth. I'm sure they would prefer to have some sunshine, but they know that they can't afford to wait too long. To quote the words of William Shakespeare "Summer's lease hath all too short a date"!

I recently noticed that my Dryopteris Erythrosora fern was beginning to form some new fronds, so I cut off almost all the foliage remaining from last year, which was looking tatty to say the least. 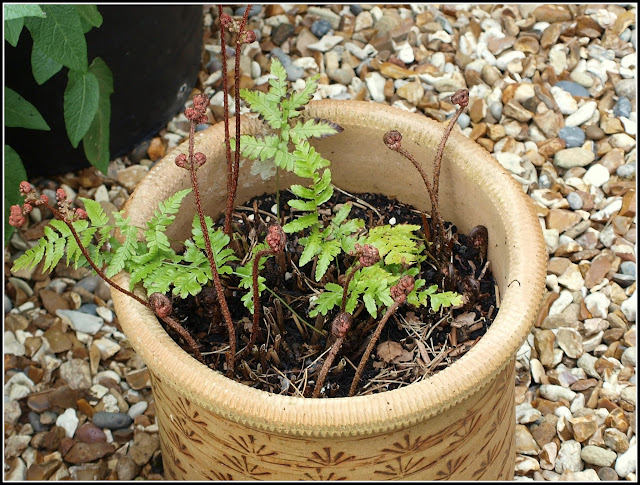 Hopefully the fact that the plant will now get more light will assist it to develop quicker and stronger. There are quite a few new fronds coming up already. 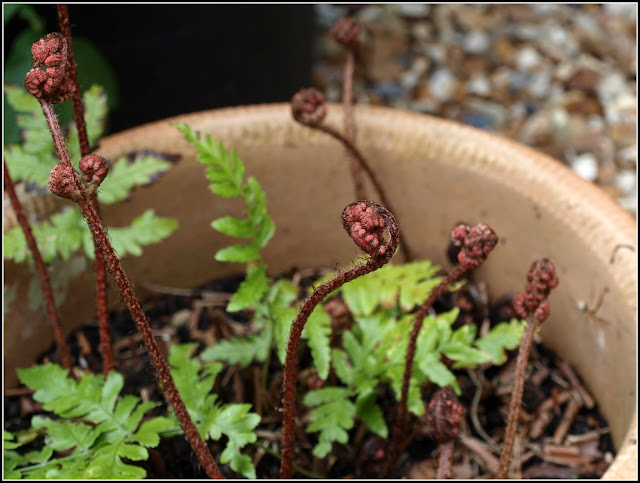 As you can see, these rather weird-looking fronds start off being a deep russet sort of colour, and when they unfurl they will initially be dark gold, and then later will turn to green. I think this particular fern is much more interesting than many of the plain green ones. 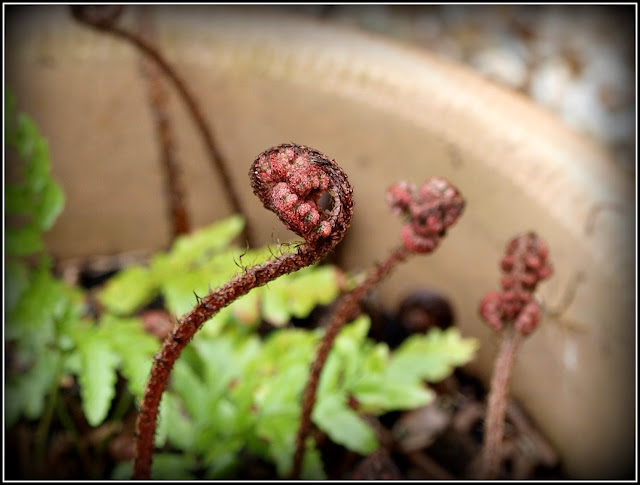 This "adolescent" frond looks as if it has overdone it when applying the hair-gel! 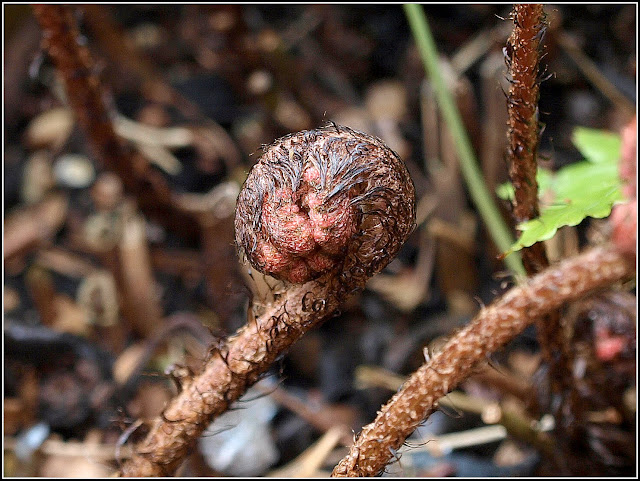 My green ferns are a bit further advanced: 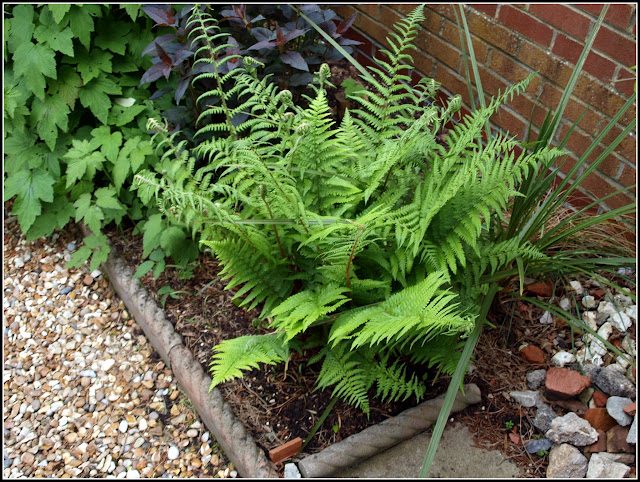 Last year I removed several Ferns like the one seen here, because I felt they were becoming too dominant. 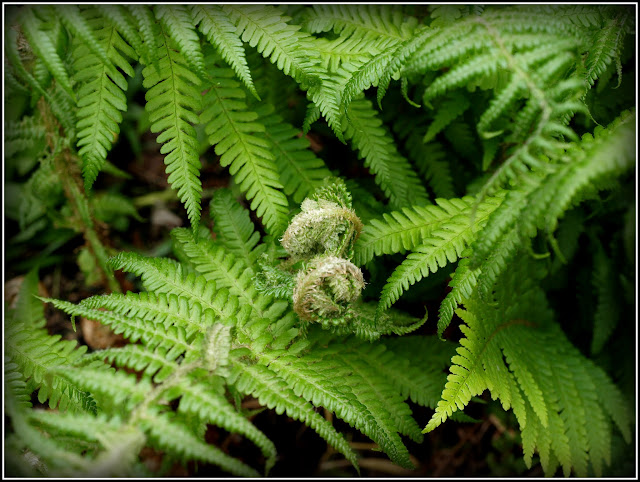 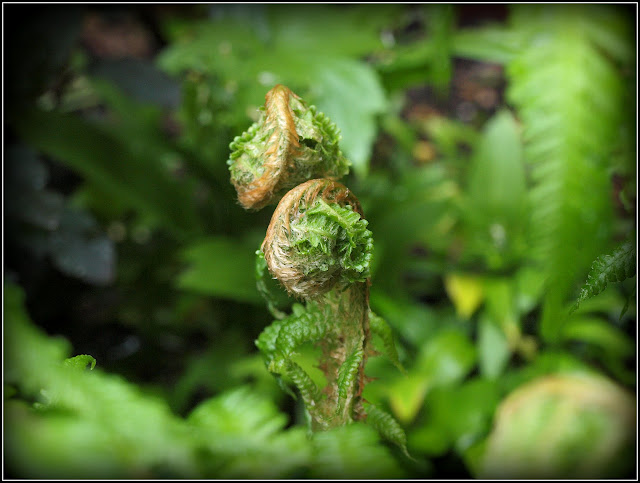 In the place of the Ferns that were removed, I put a Lysimachia Ciliata "Firecracker" plant, which I had previously had growing in a pot. 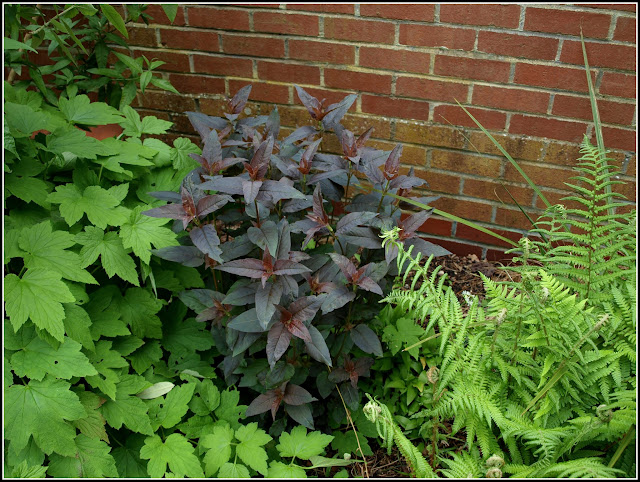 Lysimachia is an herbaceous perennial, so it died down during the Winter, but it has come back strongly now, and is shooting up rapidly. It will eventually be about a metre tall. 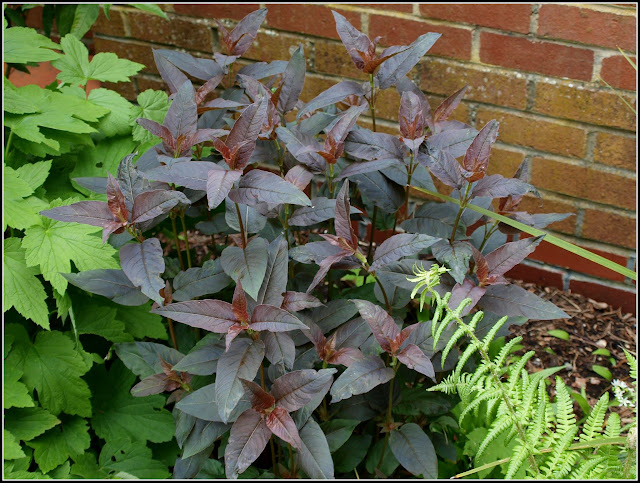 At present its attraction is in the deep red/purple foliage, but in due course it will have a mass of small bright yellow flowers. 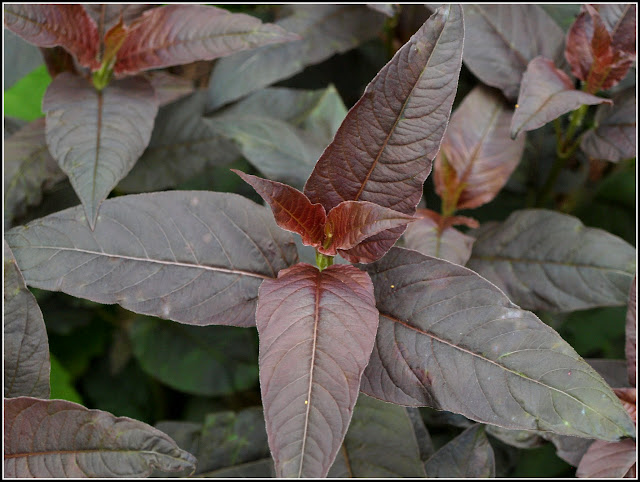 I know that Lysimachia has a habit of spreading rapidly, but I have put it in a place where it will have stiff competition, not only from ferns, but also from the adjacent Japanese Anemone "September Charm" and the Wild Garlic which is well-established in that little corner.
Posted by Mark Willis at 12:00