I have lots of harvests to report this week (makes a change from mostly Lettuce, eh?).


I picked the first of my Peas this week. 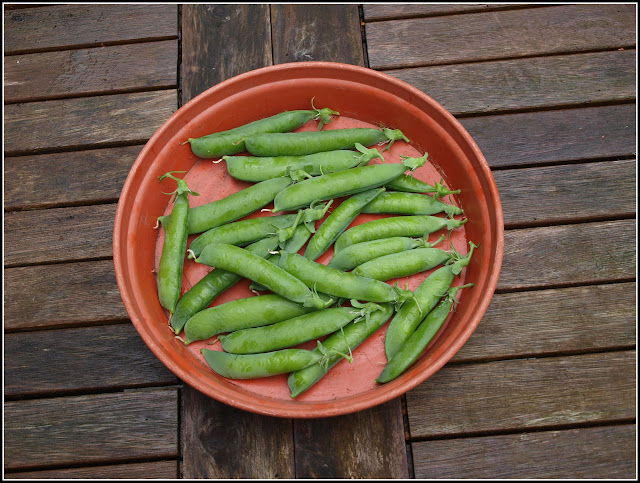 These are the first few (165g) of my "Early Onward" peas. Of course it's not a big harvest by any measure, but fresh home-grown peas are just SO GOOD! Fortunately my peas have so far avoided getting Mildew, which has always been a problem in the past.

Later in the week I picked more peas - about 250g this time. 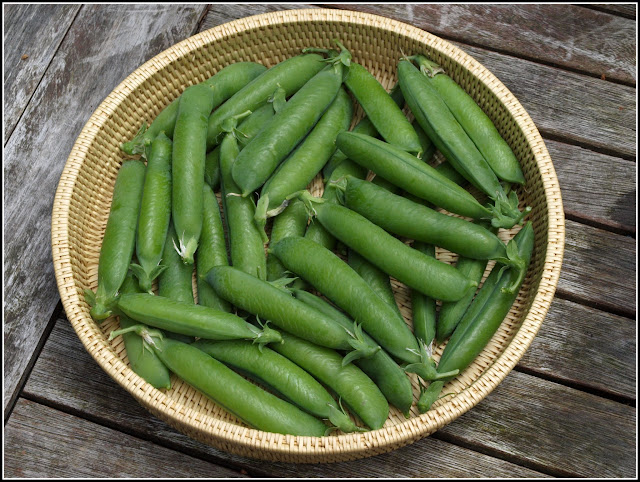 The good thing about growing veg in one's back garden is that you can judge exactly when to harvest. It's not like having to wait maybe a week until your next allotment visit. With peas, minutes count! 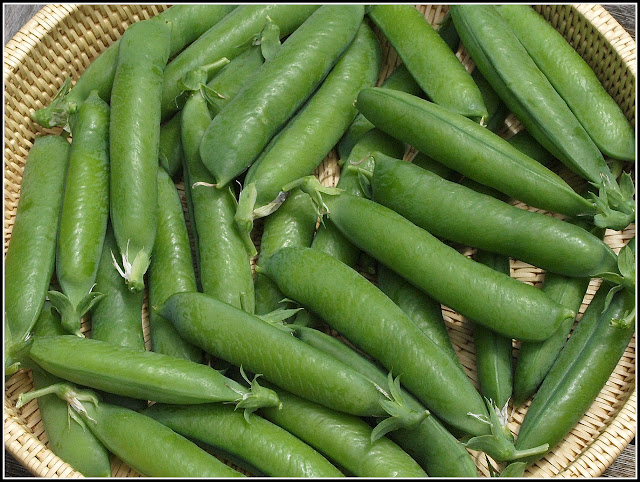 I'm pleased with the quality; they are (were) nice peas. As well as the shelling peas, this week has seen me harvest some pea shoots for use as a salad ingredient. I grew about 20 peas in a small pot, specifically for this purpose: 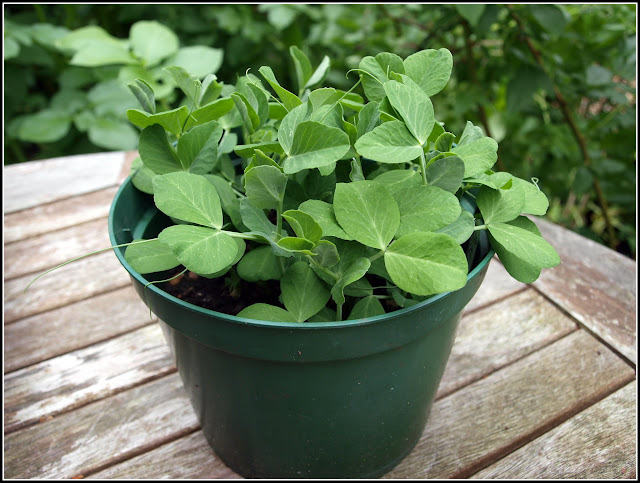 You don't need a big quantity of pea-shoots if they are going to be just one of several ingredients in a salad, so I just snipped these: 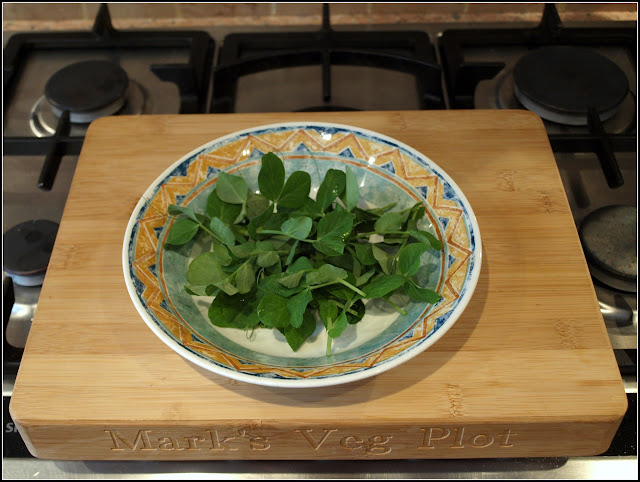 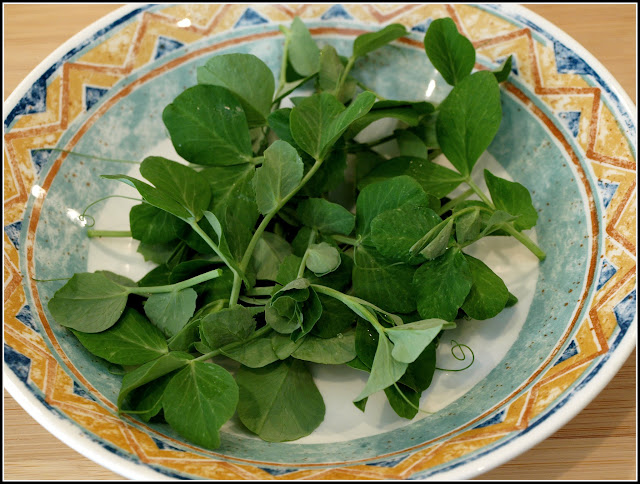 They were extremely tasty - all the flavour we normally associate with fresh peas from the pod, but with such a different texture!

Dare I mention Lettuce? Of course the salad into which those pea-shoots went also included Lettuce - in this case another "Yugoslavian Red" butterhead one. 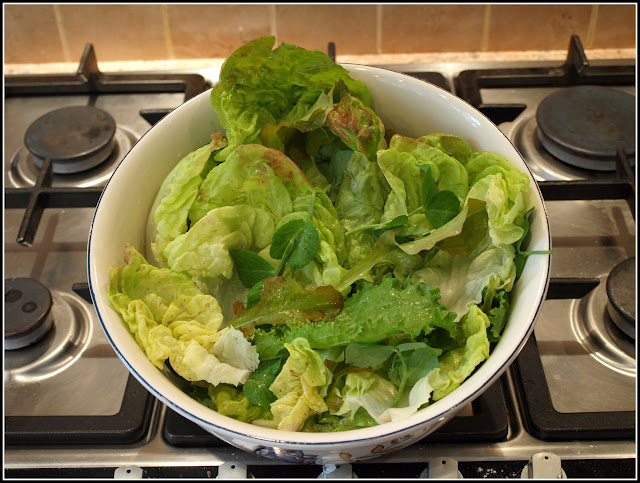 These three Gem lettuces were harvested as a matter of necessity. With all the rain we have had, the outer leaves were beginning to develop mould. Inside, the hearts were fine though:


As you will have seen in the first photo, I also took a first picking of Broad Beans. Again, not a huge quantity, but very special. 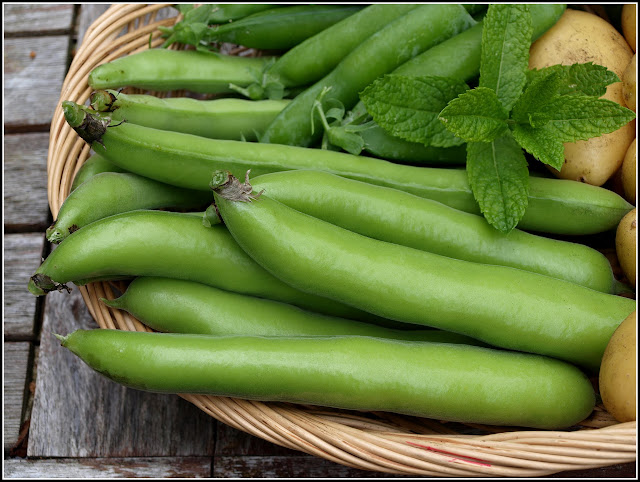 I really picked the pods just to see how big the beans inside were. They were still fairly small, but certainly viable. Mixed in with the peas and some thinly-sliced (bought) carrots, the ones I had picked made a lovely accompaniment to some baked Ham with Parsley sauce. By the way, I did look at my own carrots, to see if any were of a useable size, but regrettably the answer was No.

The Broad Beans were of two different types, "De Monica" and "Robin Hood". I have picked out a few examples of each to demonstrate the difference in size: 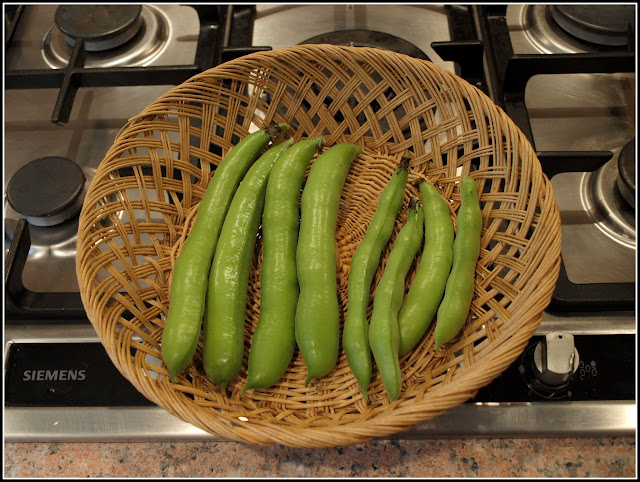 The smaller "Robin Hood" plants produce smaller pods, but they seem to produce more of them, and the pods have less "padding" than the bigger varieties. I have 6 plants of "De Monica", 12 of "Robin Hood" and 6 of another type - "Masterpiece Longpod", though I didn't pick any of the latter this time.

Three days later I picked another batch of beans, just "Robin Hood" this time. This is 350g. 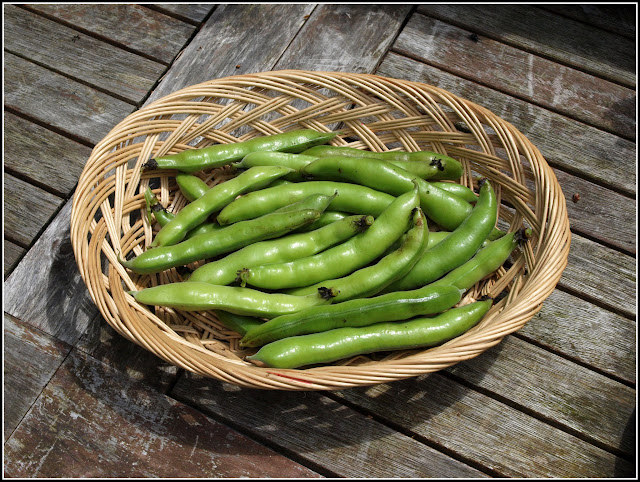 Another batch of potatoes joined the tally this week. These are a Second Early variety called "Nadine": 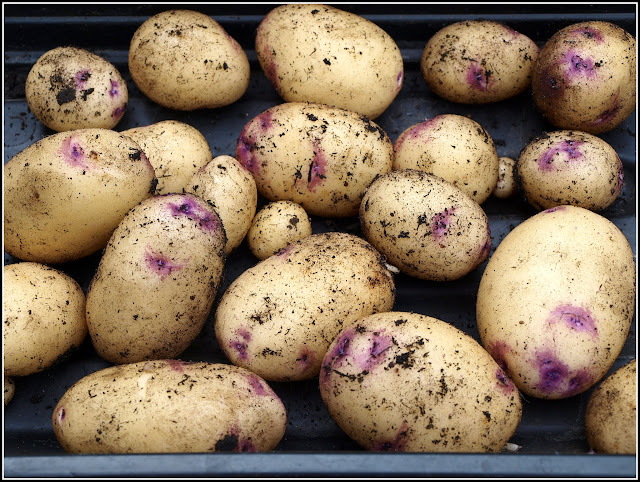 This lot is the product of two seed-tubers, grown in one 35-litre pot. They weighed 1.12kgs. 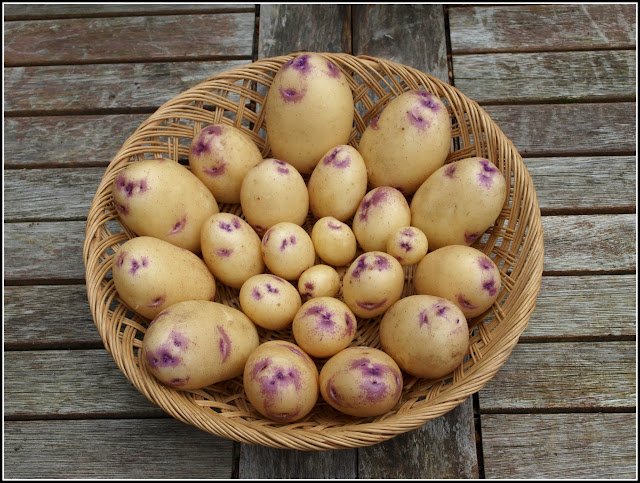 My final harvest this week was some "Winterbor" Kale: 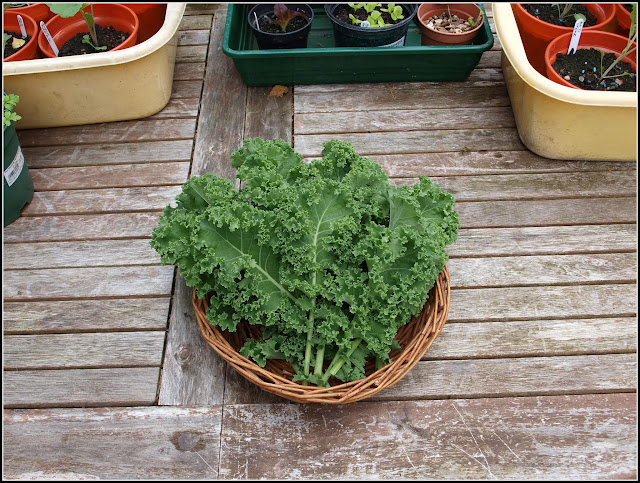 It's the first time I have grown this type of Kale (as opposed to the Cavolo Nero / Lacinato type). Jane is not very keen on Kale, but I like it, so I reckon it's fair to serve it on an occasion when there is lots of other veg available for her to eat! I used this batch of Kale in two ways - one of them was boiled, as a green vegetable, and the other was made into crisps (what folks in the US call "chips"). If you want to know how this is done, I gave the recipe for it HERE. When I cooked the Kale Chips I added a "little something extra" - some chilli flakes - and even Jane had to admit that the chips were very nice indeed! 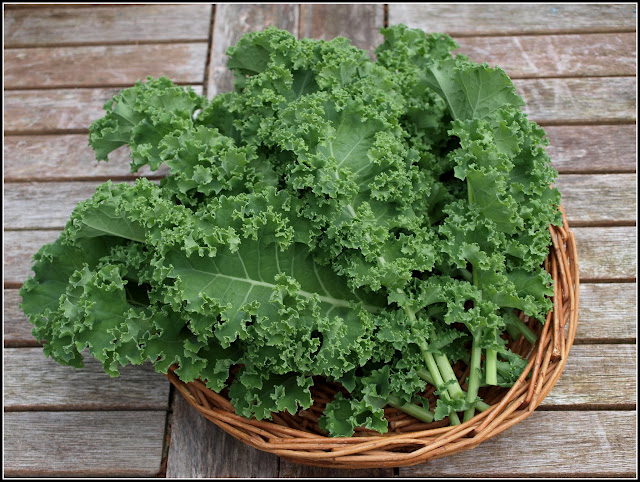 Well that's my harvest for the week. Quite a decent one, I think!

I'm linking my post to the weekly Harvest Monday link-up, over at Dave's Our Happy Acres.
Posted by Mark Willis at 12:00