We eat lots of Oriental food in our house - Chinese, Malay, Indonesian, you name it, we love it! One of our favourite flavouring herbs is Lemongrass. The name says it all: it's a grass that tastes of Lemon. It is used a lot in Malay and Indonesian cuisine, and is a prominent ingredient of the dish Beef Rendang.


Jo Jo Yee, who took the photos above, was a contestant in the TV programme "The Great Allotment Challenge" a couple of years ago. She writes the blog Fusian Living, in which she uses her Chinese heritage to write authoritatively about Asian cuisine and how it can be adapted to Western tastes. Even if you're not planning to grow Lemongrass, Jo Jo's blog is worth a browse for all the recipes! By the way, although of Chinese ancestry, Jo Jo was (like me) born in Malaysia, though until a few years ago she used to live in Australia, where I imagine growing Lemongrass is a whole lot easier than it is in the UK!

These days it's not too hard to find Lemongrass in the shops in the UK. It's usually on the shelf where you find garlic and ginger (and hopefully fresh chillis). 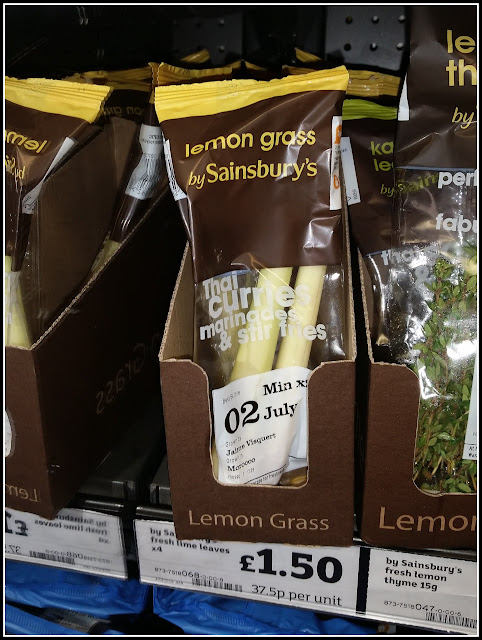 However, it can be expensive (at Sainsbury's it is currently 80p for 2 sticks) and it is often not very fresh when you buy it, so I thought it would be a good idea to grow some in my garden. One way of doing this is to buy some stalks of it and root them in water prior to planting-out in a pot of soil, but I decided to grow it from seed. I purchased my seeds from Simply Seeds. Theirs is an Indian variety that grows to only about 30cm tall. Interestingly it is also described as frost hardy, though I doubt that.

In the pack were approximately 500 seeds. I wasn't sure whether one plant would produce one stalk or many, so I sowed about 30 seeds. I have subsequently learned that a Lemongrass plant will produce multiple stalks, so 30 plants might perhaps be a bit OTT!

The instructions on the pack said to sow Lemongrass in April, May or June. I sowed mine indoors in a small pot of moist compost on 28th April. I think they must have all germinated. A month later they had shot up: 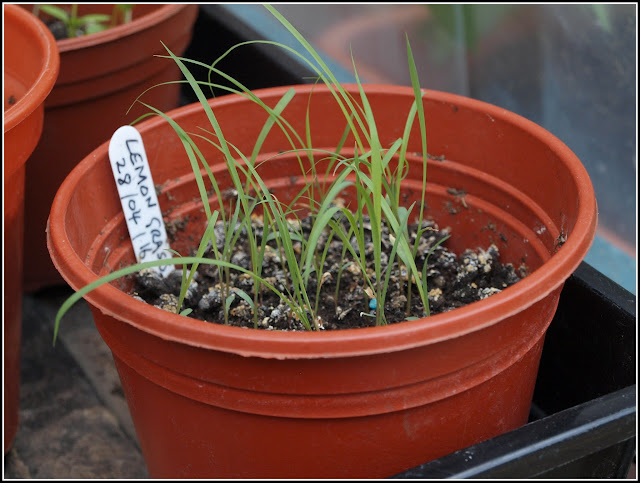 Now obviously 30 plants are not going to be happy in a little pot like that for very long, so just recently I moved them on a stage. I separated the clump of little seedlings into four, trying hard to minimise root disturbance, and planted them into a much bigger (10-inch) pot, filled with John Innes No.2 compost. 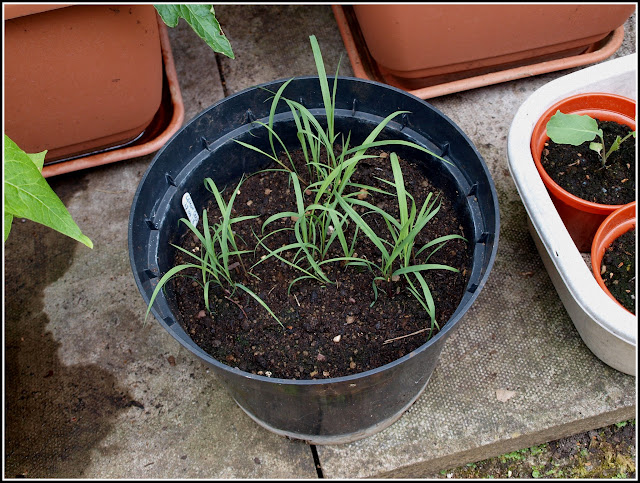 Each clump comprises several seedlings, so I think I will eventually need to separate them into individual plants and give each one its own pot. (I may be having a Plant Sale at that time!) 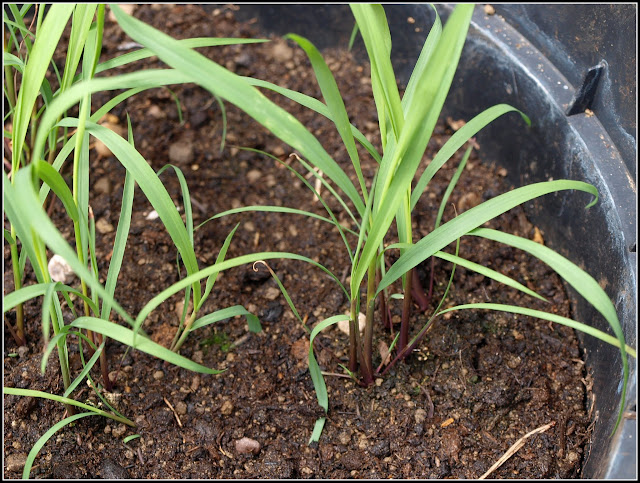 At the rate these are growing, they will probably need re-potting before the Autumn, and my plan is to bring a few of the plants indoors - or maybe into the garage (which has a window) - for the Winter. Although Lemongrass is a perennial, it is of oriental origin and I don't think it would take to kindly to being left outside over the Winter months. Of course, since I have so many plants I will be able to experiment, so I might just leave a couple outside to see what happens. 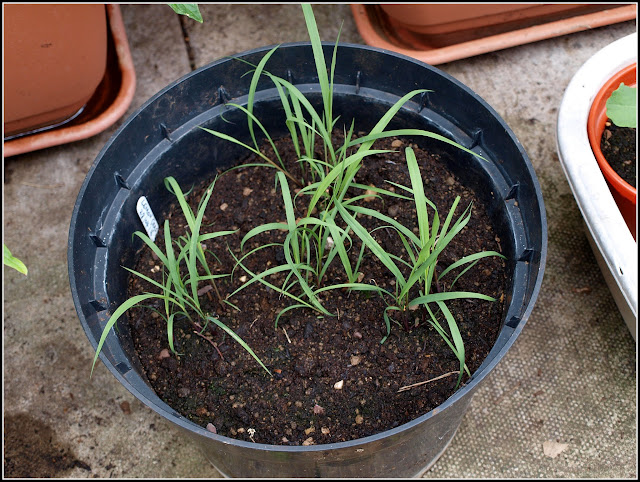 I would think that the plants would probably prefer to spend the Winter in a greenhouse or conservatory though.


Has anyone else in the UK tried growing Lemongrass? And if so, how did it go?
Posted by Mark Willis at 12:00