Tomatoes ripening on the windowsill

It's late September, and at this time of year I usually have a fair few tomatoes ripening on the Dining Room table and windowsill - ones I have brought indoors either to avoid blight or because the weather has turned cool and I think they will ripen better inside than out.

That photo is from 2013, and shows just the "last few" of what was undoubtedly a bumper crop. For reasons already known to my regular readers, this year the harvest is an awful lot smaller!


When I cut down my blight-affected tomato plants a couple of weeks ago I had more than two of those plastic seeds trays filled with green fruits, but I have had to throw away about half of them because the blight had already got into them and they went brown rather than red. However, yesterday I did get these, which had ripened quite nicely on that windowsill: 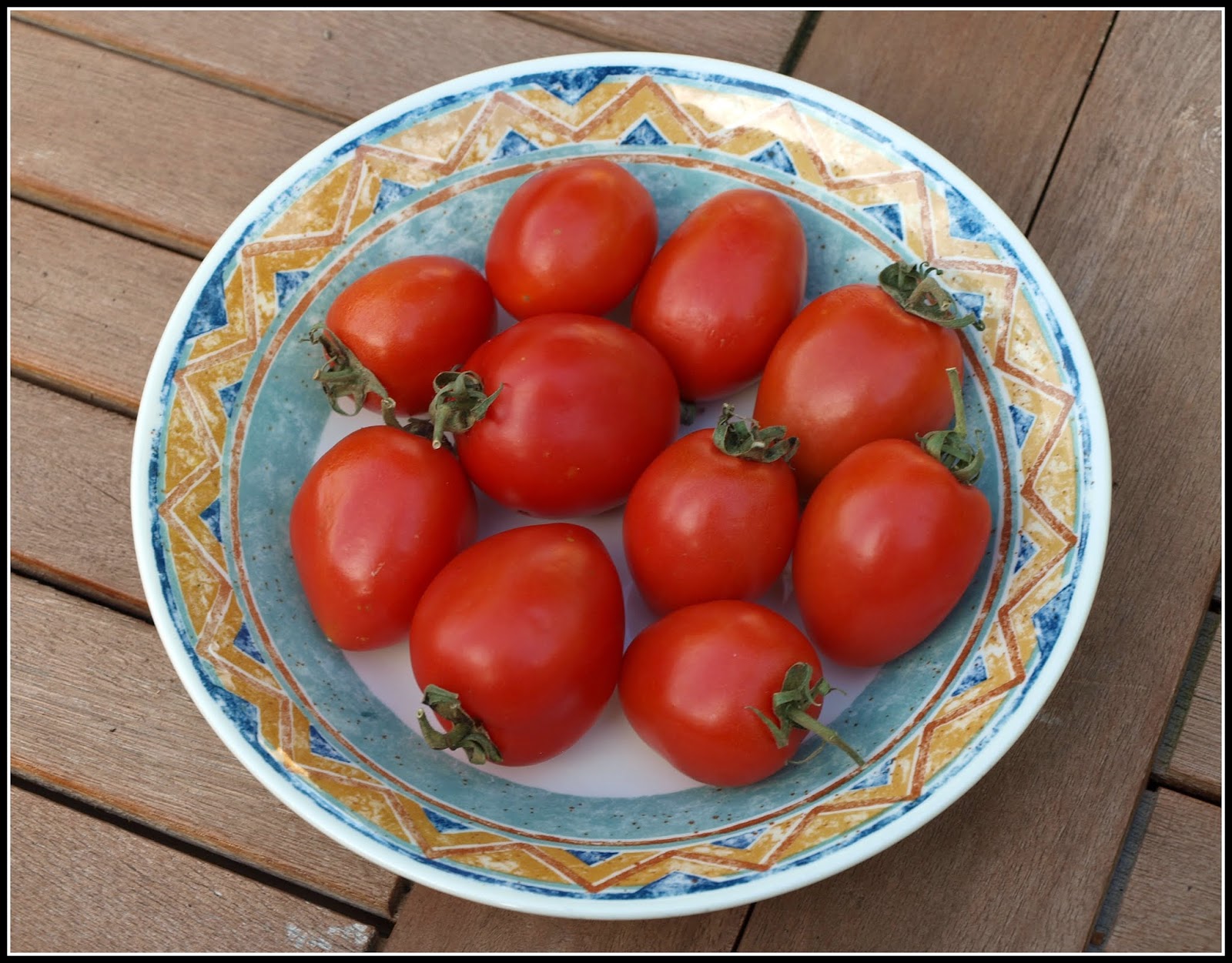 They look like plum tomatoes, don't they? They aren't though. They are mostly the "Orkado" ones, which ought to be round. 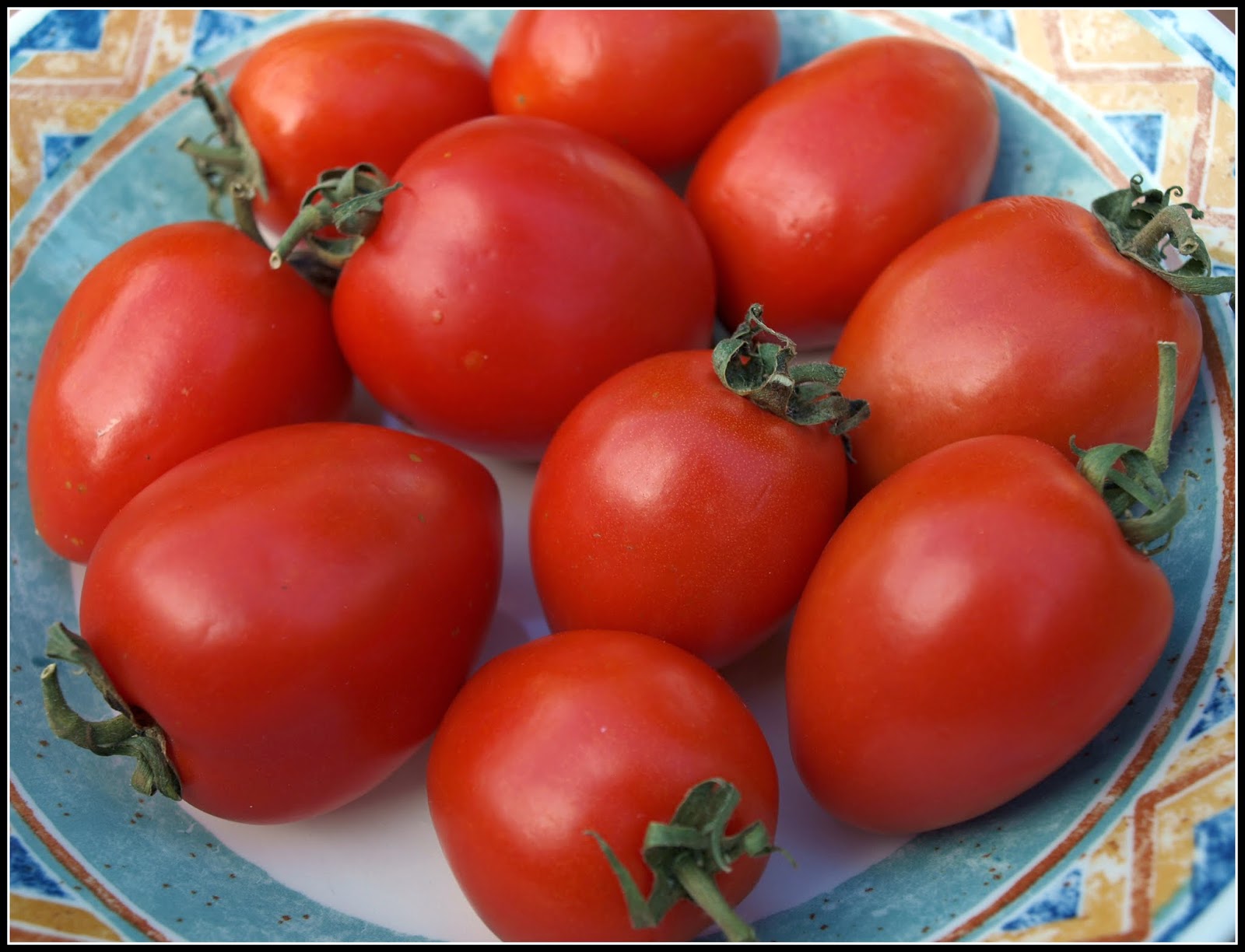 Still, at this point in time I'm grateful for ANY ripe tomatoes! I really do hope the last of the big "Larisa" beefsteaks (seen below, top right) ripens nicely and doesn't develop the dreaded disease. 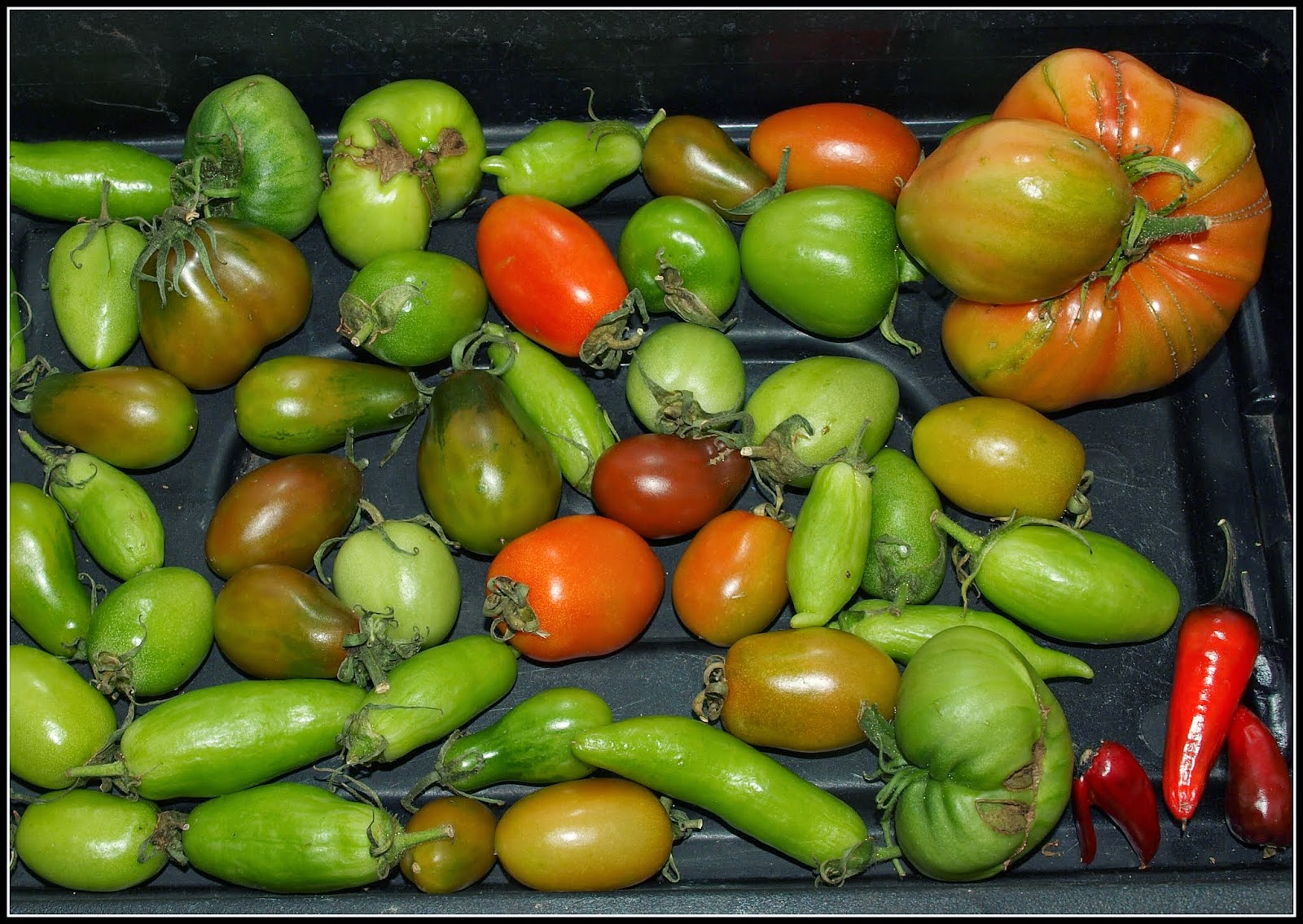 Do you see the four "Nosferatu" chillis at the bottom right corner too? I am trying to ripen them fully before putting them with the rest of the chilli crop in the airing-cupboard, where they are drying prior to being made into flakes. I have also frozen some for use during the Winter.
Posted by Mark Willis at 12:00