Well, after all the other trials and tribulations, I suppose it should be no surprise that blight has finally arrived in my garden! 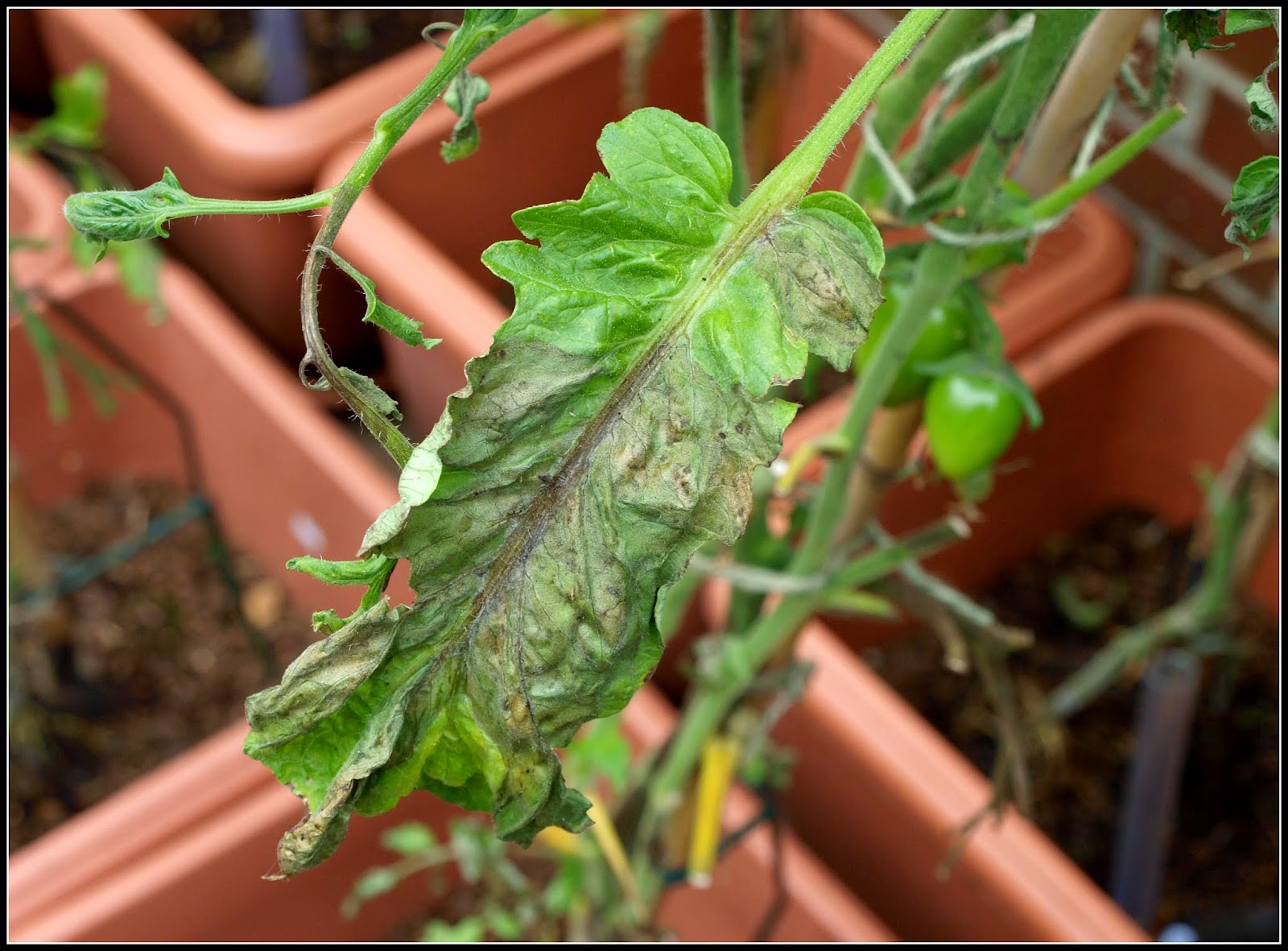 One of the best aspects of my garden is that it is right outside my back door, which enables me to keep a very close eye on it, which would definitely not be the case if I had an allotment on the other side of town. I was therefore able to spot the arrival of the dreaded disease on the day it arrived, unlike some friends who can only visit their veg patch once or twice a week and might therefore not be able to detect blight until too late. My immediate action was to cut off any foliage that was visibly infected. The brown / black stems and curling leaves were easy to identify, so off they came without delay. 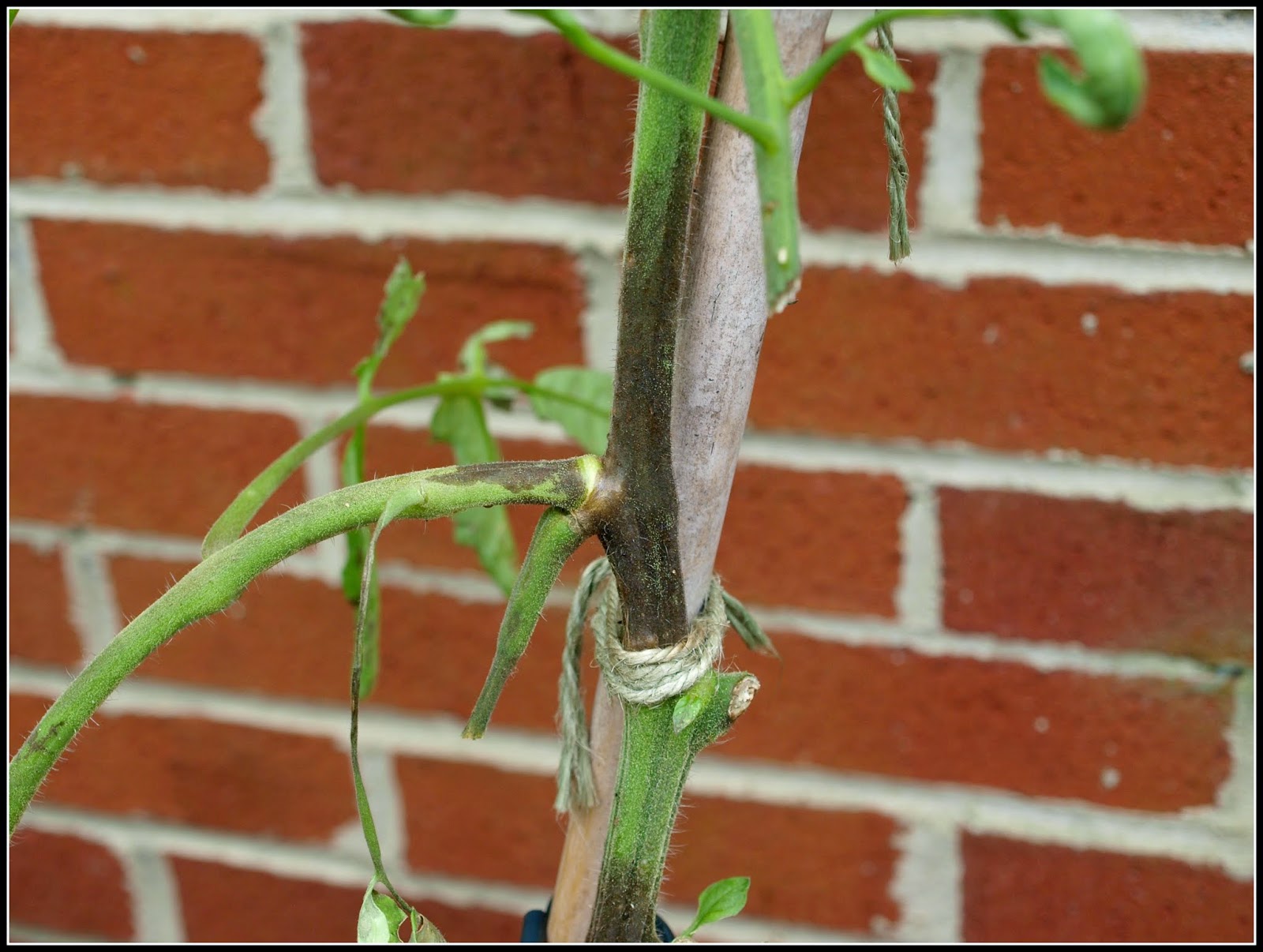 I picked all the fruits that were of any significant size, in the hope that they would ripen indoors. Some of them will, but inevitably some of them will have been infected already and will go brown and shrivel up before they ripen. 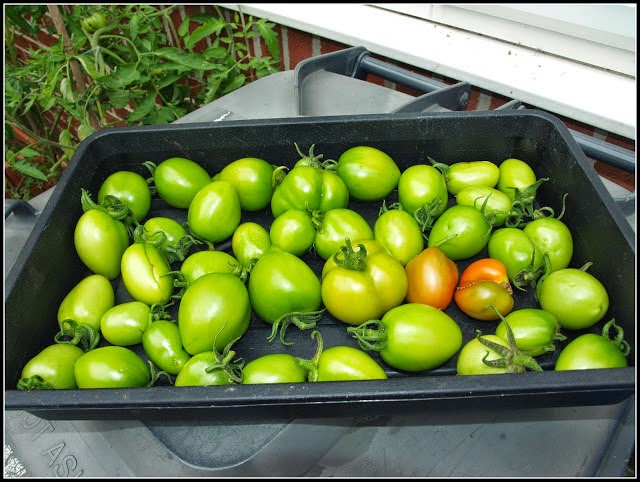 I am now inspecting these ones at least once, sometimes two or three times, every day, because they can succumb very rapidly, and if you don't remove a bad one it will pass on the disease to its neighbours. The tell-tale signs appear very rapidly, but once they do, there is only one course of action that is appropriate - bin it! There is no saving a tomato that shows signs of blight.


There are still a few tomatoes on the plants that look as if they have a chance of ripening, so I have cut away any foliage nearby, to leave them dangling free, with maximum air circulating around them, like this:


This 5-fruit truss of "Orkado" is the only one left, out of three plants of this variety. I normally have 5 trusses on each!

To be honest, once blight has infected your tomato plants, you might as well cut them down and dispose of them (not in your compost bin, because this risks perpetuating the disease). Tomato plants are quite soft and succumb quickly to diseases of many sorts. Blight can destroy a tomato plant in less than 24 hours. The best you could hope for is to delay the spread of the disease by ruthless pruning of infected material. If like me you grow your tomatoes in pots, then you could move them so that infected ones are separated from healthy ones, but remember that blight is an air-borne disease and its spores can travel a fair way.

On the Plus side of things, my favourites, "Maskotka", have so far not been hit by the blight (long may it remain so!), and there are more fruits on them which are approaching maturity.


The "Chinese Purple" ones are also still blight-free. However the fruits on the secondary growth have developed into a very pronounced pear shape:

There are also some "Banana Legs" ones that might make it, although I won't be massively disappointed if they don't because they seem to me to be very insipid in taste, and with very tough skins.

All things considered, a very poor year for tomatoes in Mark's Veg Plot.
Posted by Mark Willis at 12:00