It has been a great year for salads in my garden, and I want to show you my latest crop. This is a tray of plants grown from a mix marketed by Thompson and Morgan as "Gourmet Salad Mix". 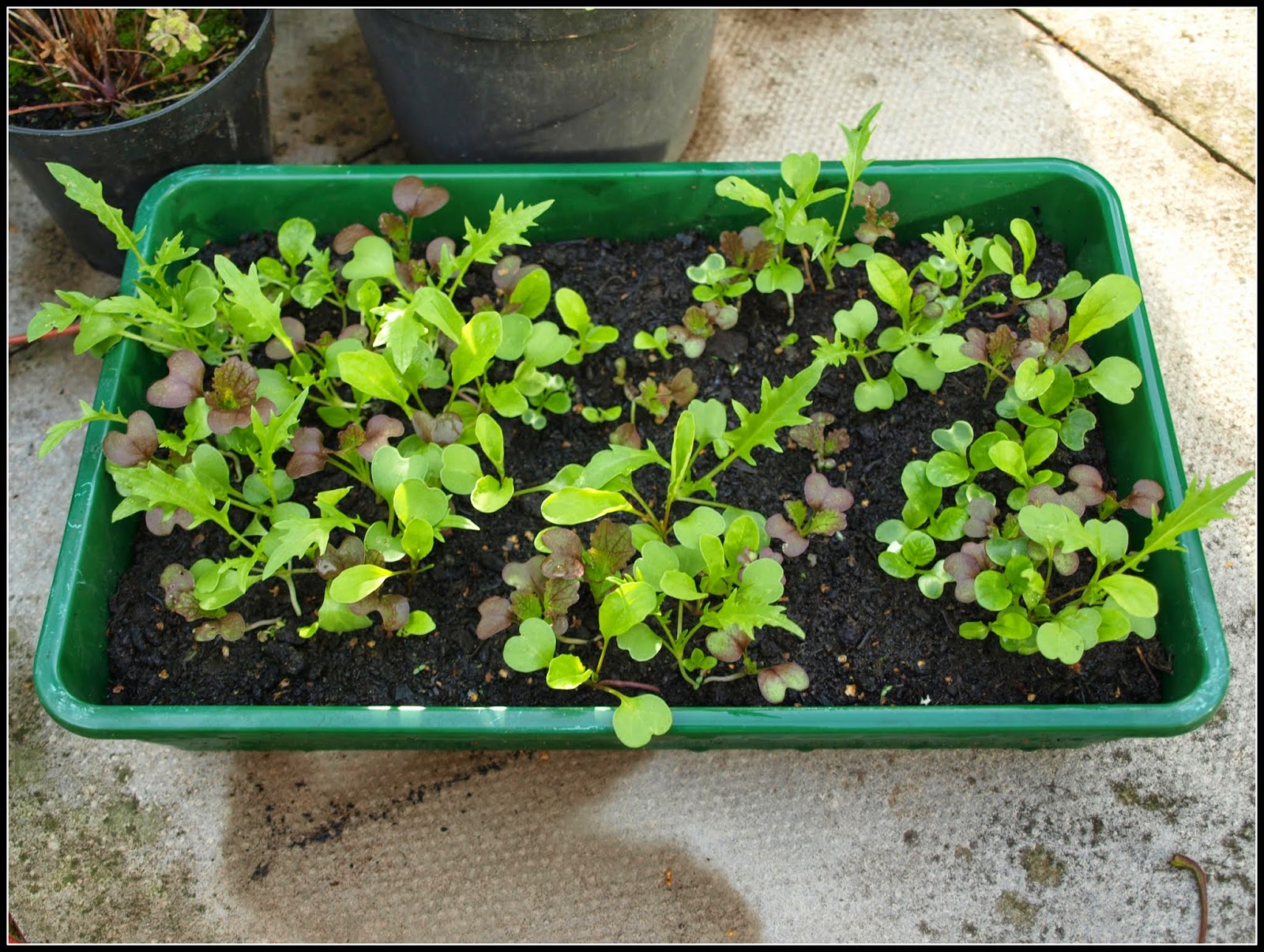 My tray looks a little patchy, but that's because a cat or some similar creature walked all over it shortly after germination! The mix contains Green Pak Choi, Lettuce "Red Salad Bowl", Mibuna, Mizuna, Mustard "Red Giant" and Salad Rocket. 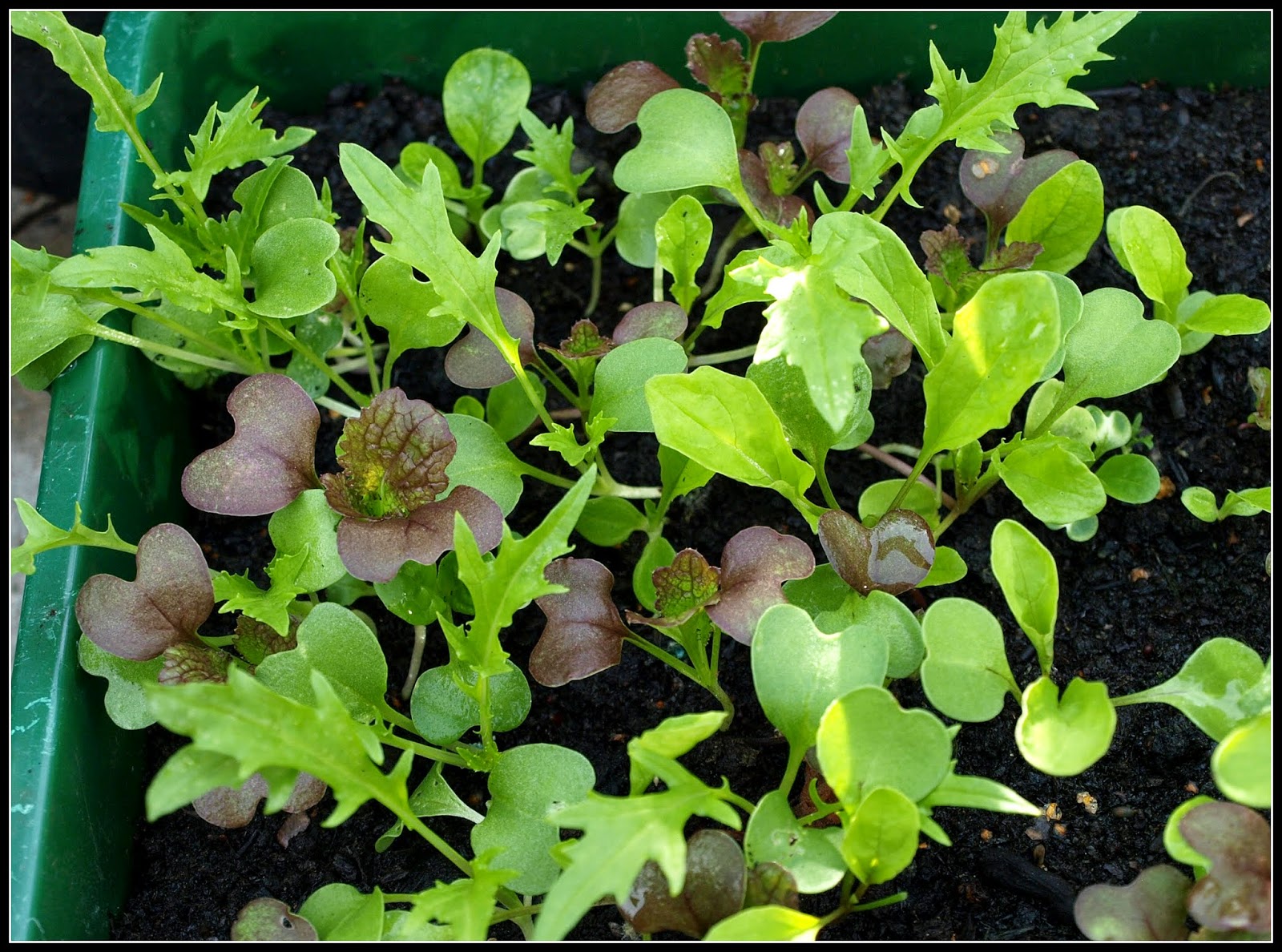 The plants are not quite ready for me to start picking, but it won't be long. The packet says that they mature in 30 days during Summer and 60 during Winter. I will be snipping off individual leaves from these plants rather than harvesting them wholesale. I'll probably use them as a garnish or as elements in a salad comprised mainly of bigger leaves. 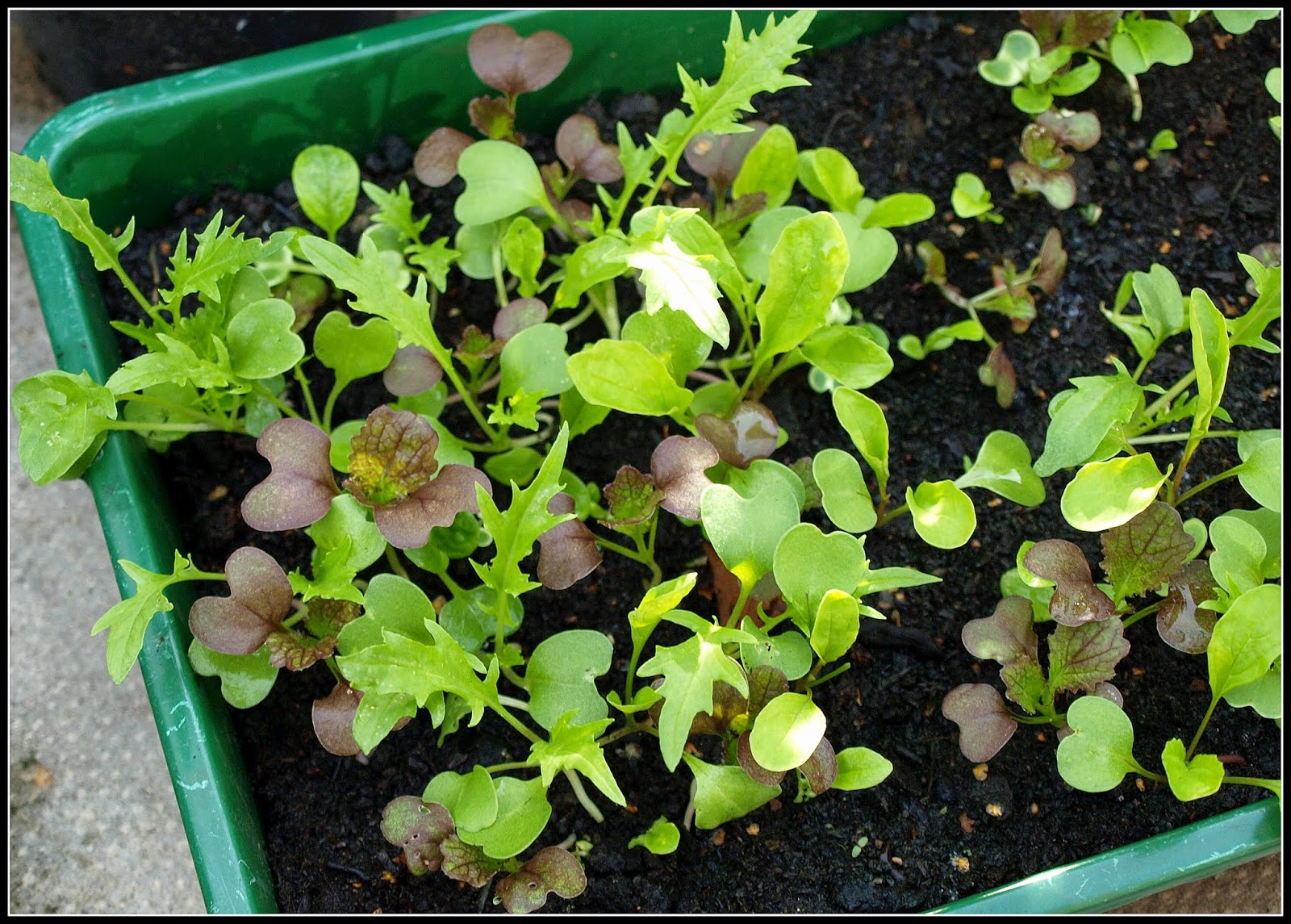 Nearby is the pot of Mesclun that nearly gave up the ghost a few weeks ago, after being attacked by the Flea Beetle. I think I pulled up all the worst-affected plants, but those remaining are looking healthy enough now. I see several leaves of Sorrel there, and some Celery Leaf. These will no doubt soon be combined with the Gourmet Mix. 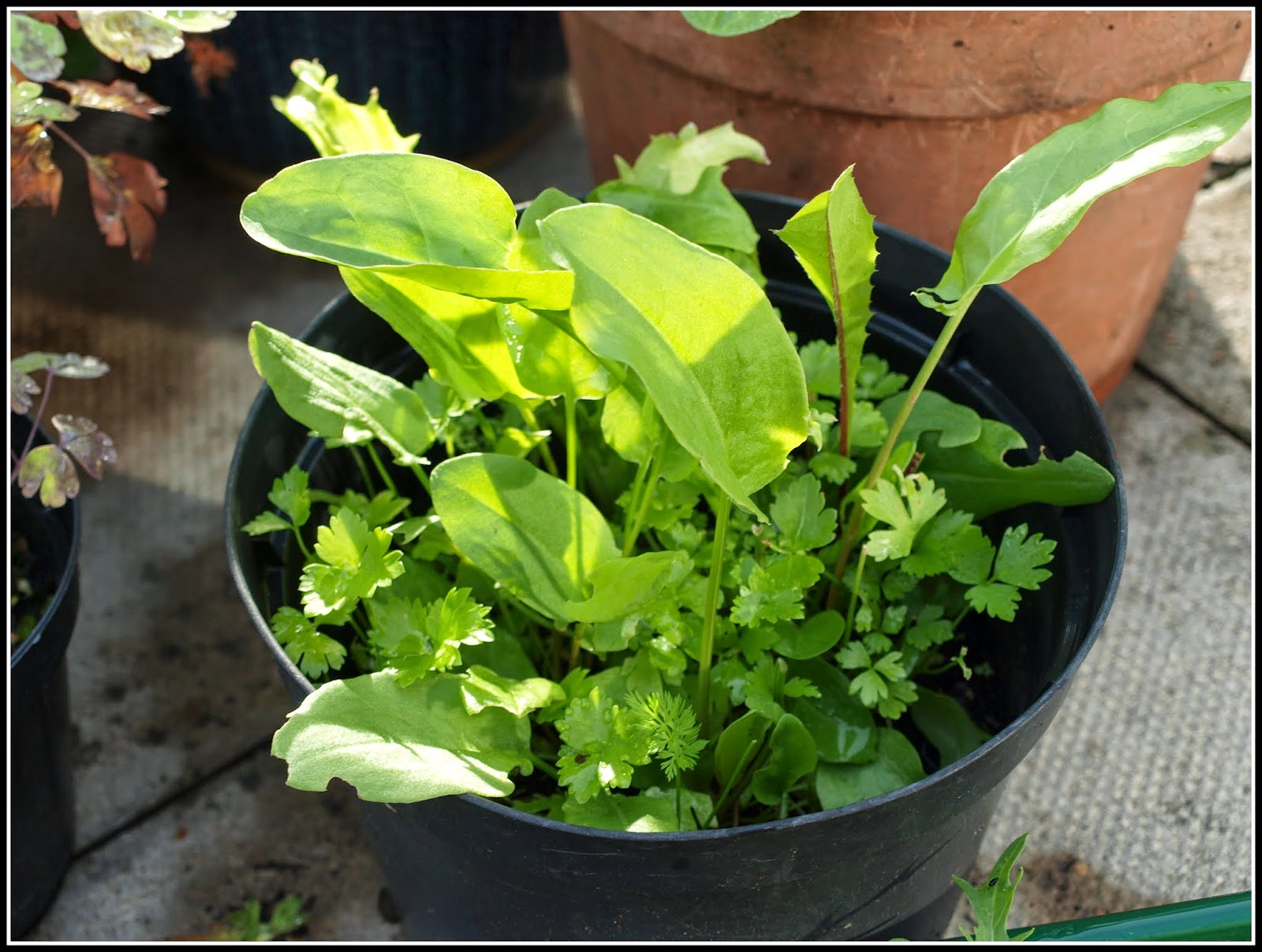 Here's another salad element that's worth a go - the small leaves from some beetroot I recently harvested. Bigger ones can be cooked just like Chard, but tiny ones like this are tender enough to be eaten raw. 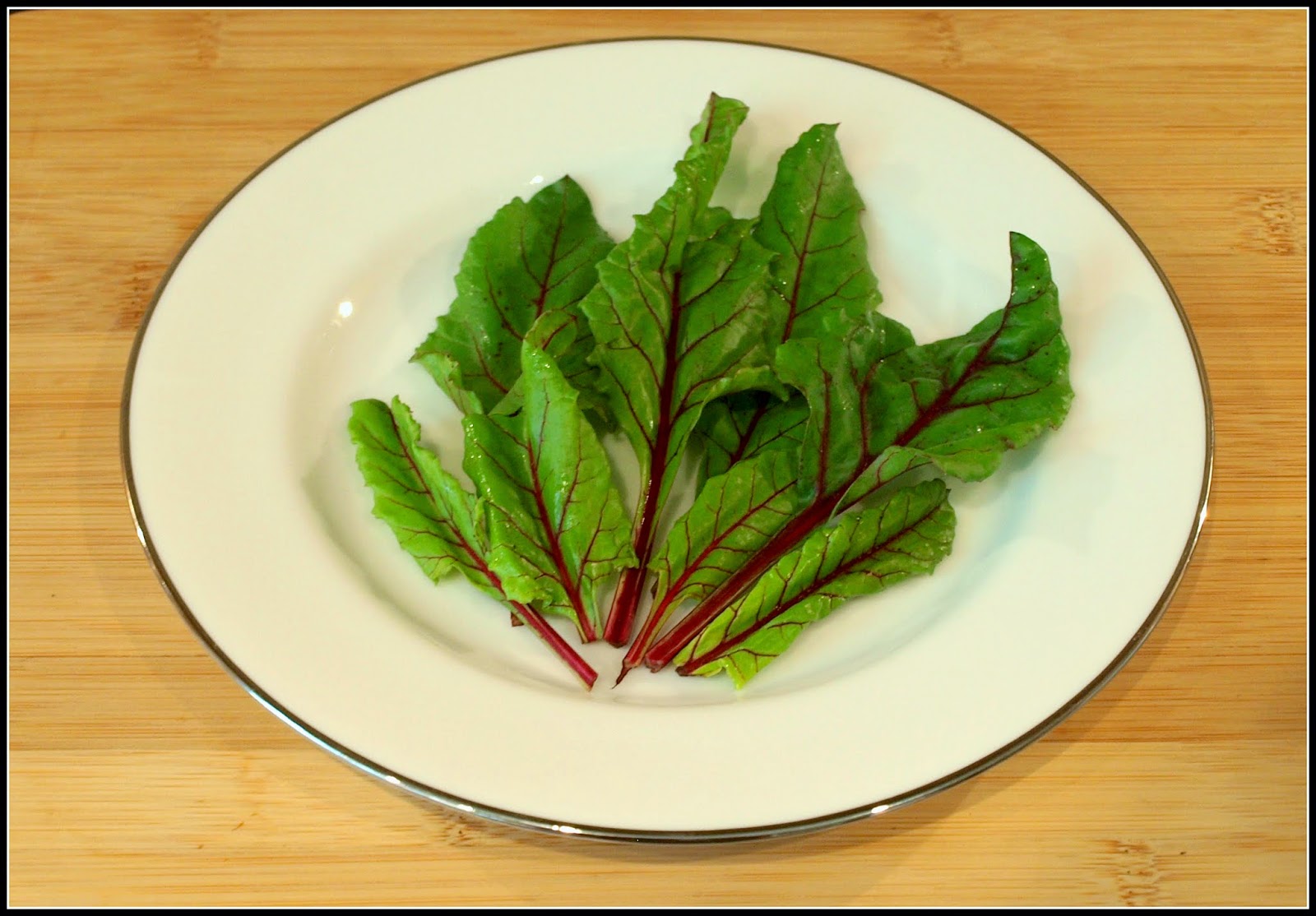 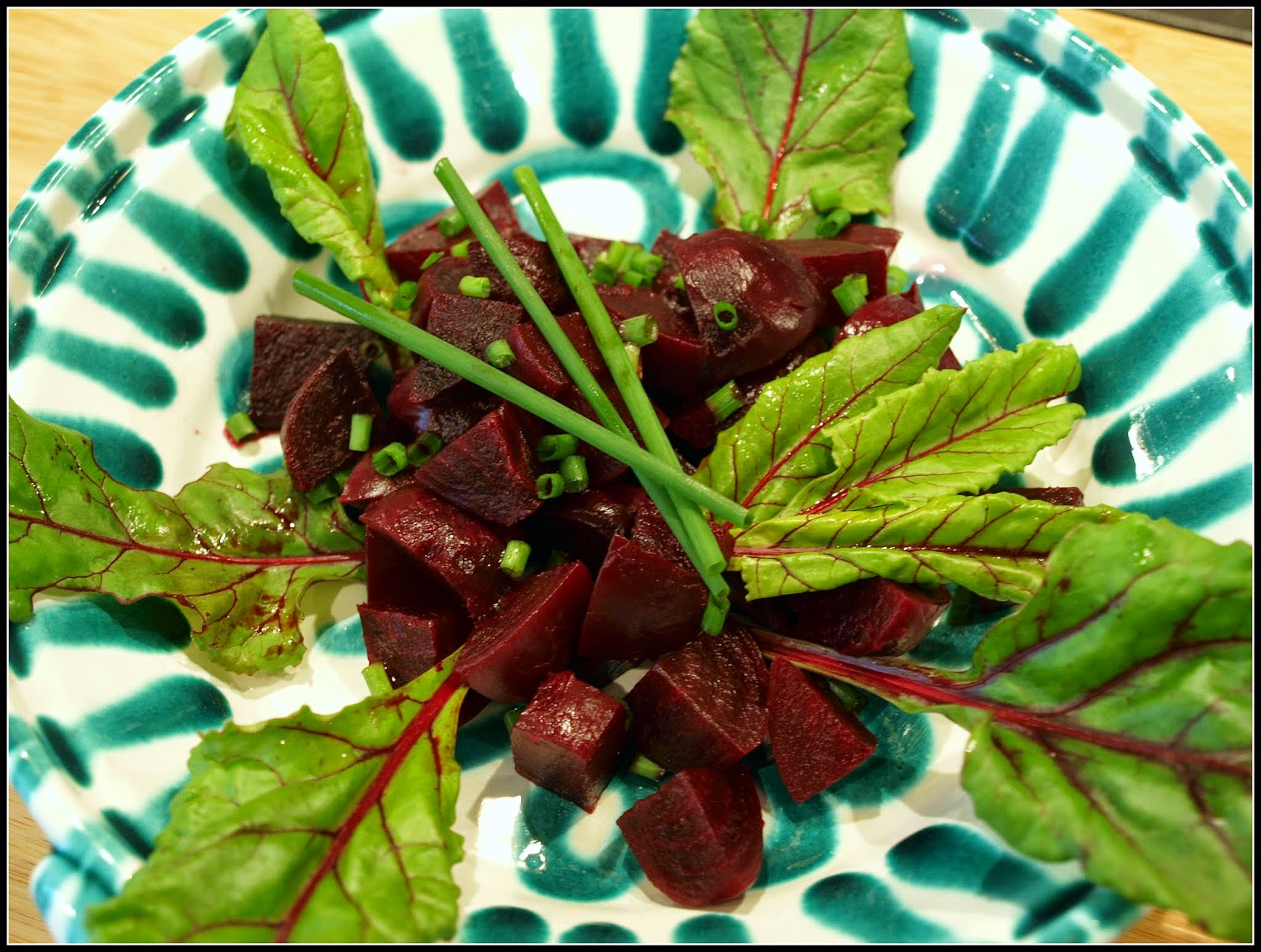 This is another salad element to which I am looking forward with eager anticipation... Curly Endive. 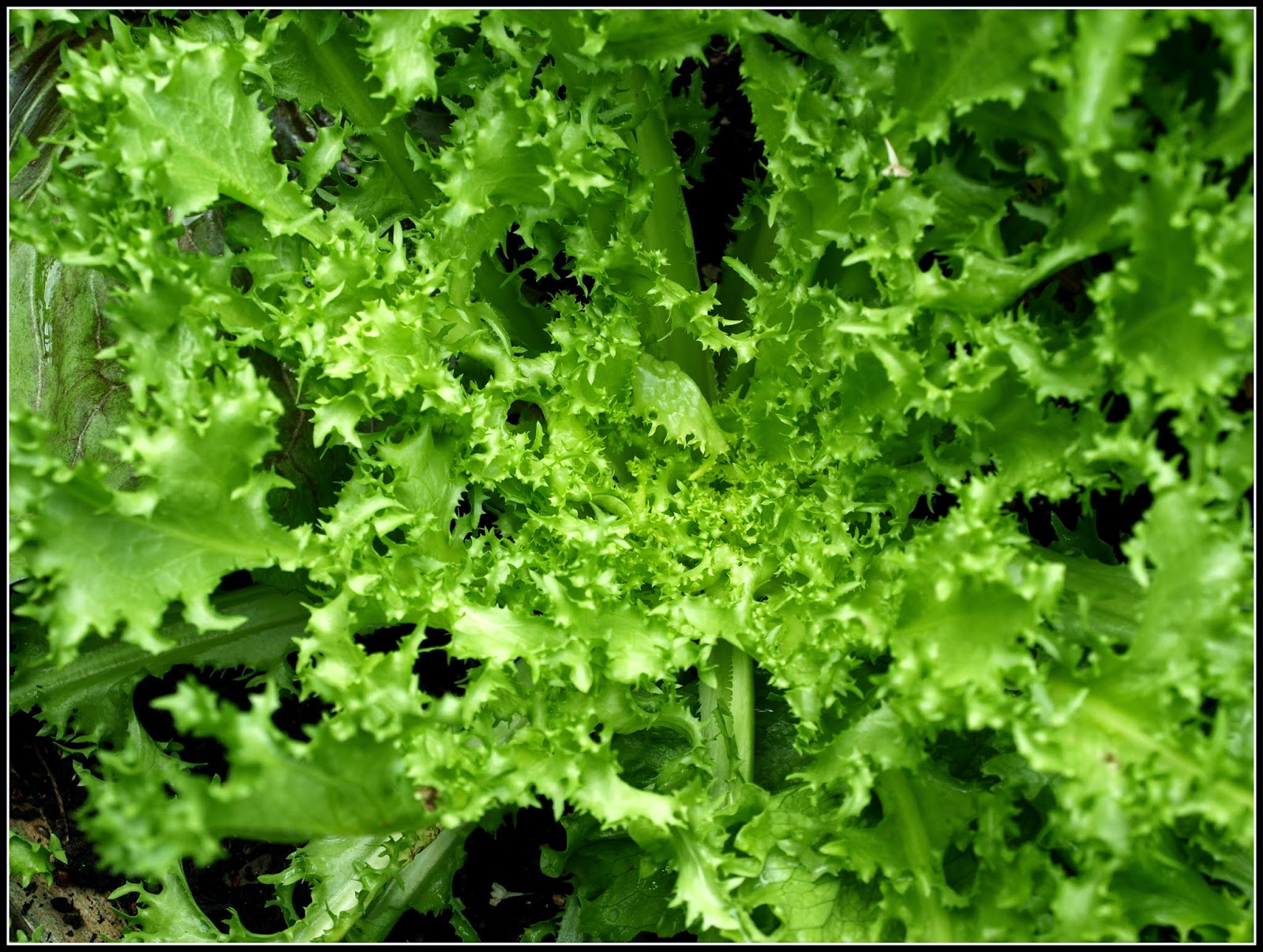 During the Summer months I always struggle to produce any decent Endives. They always bolt before they get to a decent size, even though I water them assiduously. However, when the weather begins to cool down and the days shorten, then the Endives start to do well. The one in my photo above is immature, but it won't be long before it is big enough to eat. 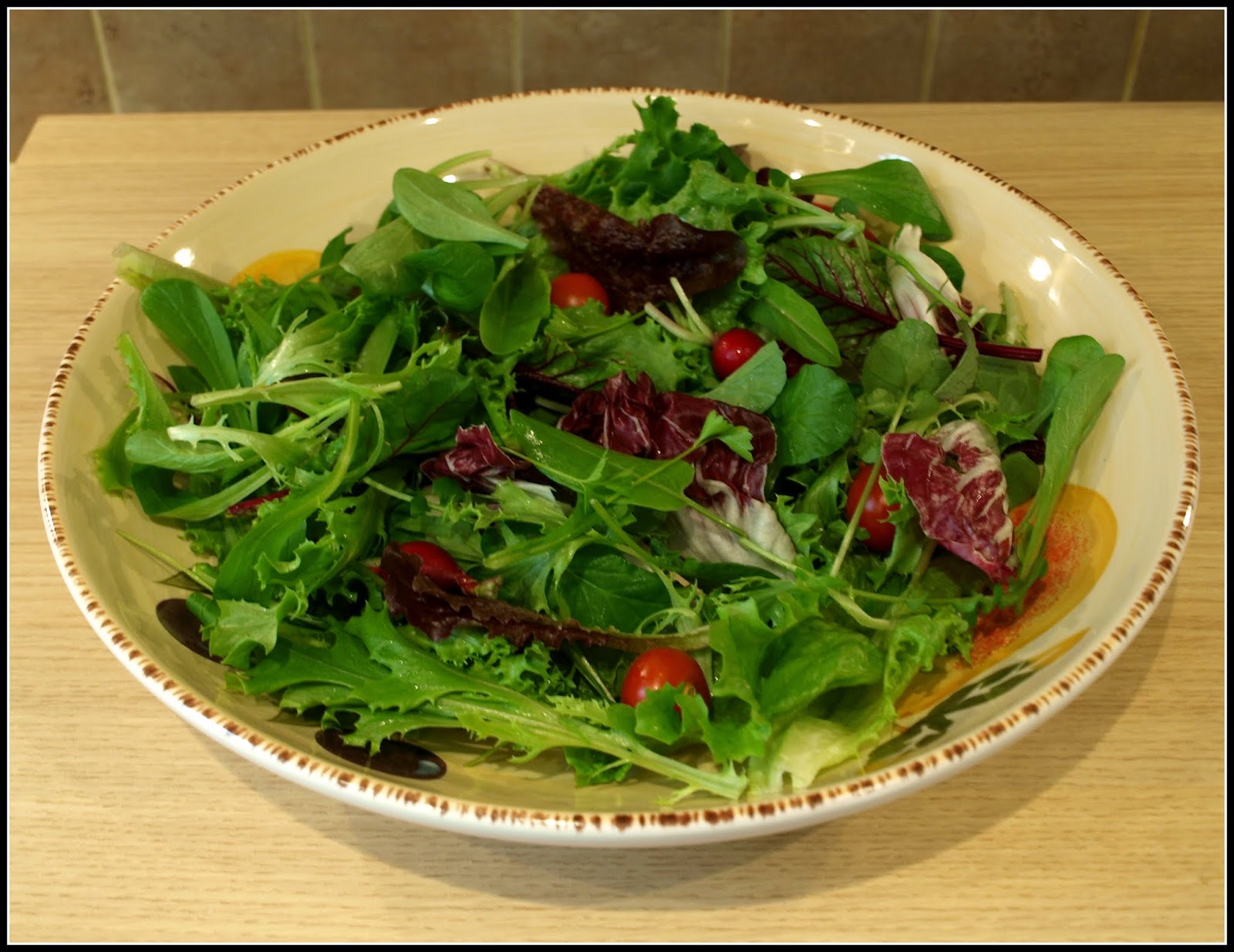 It included many of the elements referred to in my post. We ate it as an accompaniment to steak and chips, with a really special bottle of wine that Jane brought back from a recent trip to France. 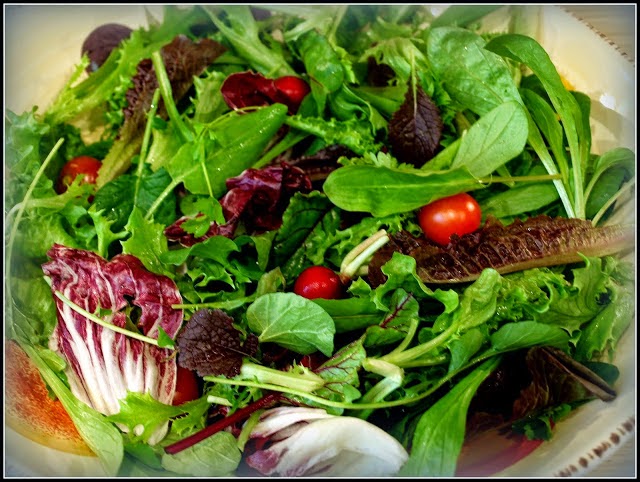