My chillis didn't like the cold wet weather in August. They would have been expecting some nice warm sunshine to help them ripen fruit, but they didn't get it. I'm hoping that September will be better!

Most of the plants have managed to ripen one or two fruits, but none have had many yet - with the exception of the two "Nosferatu" plants I kept from last year, which of course had a head start. The one plant of this variety which I grew from seed this year has been the slowest of all to develop fruit, and none of them are ripe yet.

This is "Ring of Fire", which I had planned to be my "Maincrop" variety, producing regular red chillis of a decent heat for use in the kitchen. One of the two plants has produced only a very small number of small, mis-shapen fruits. The other has fruits like this: 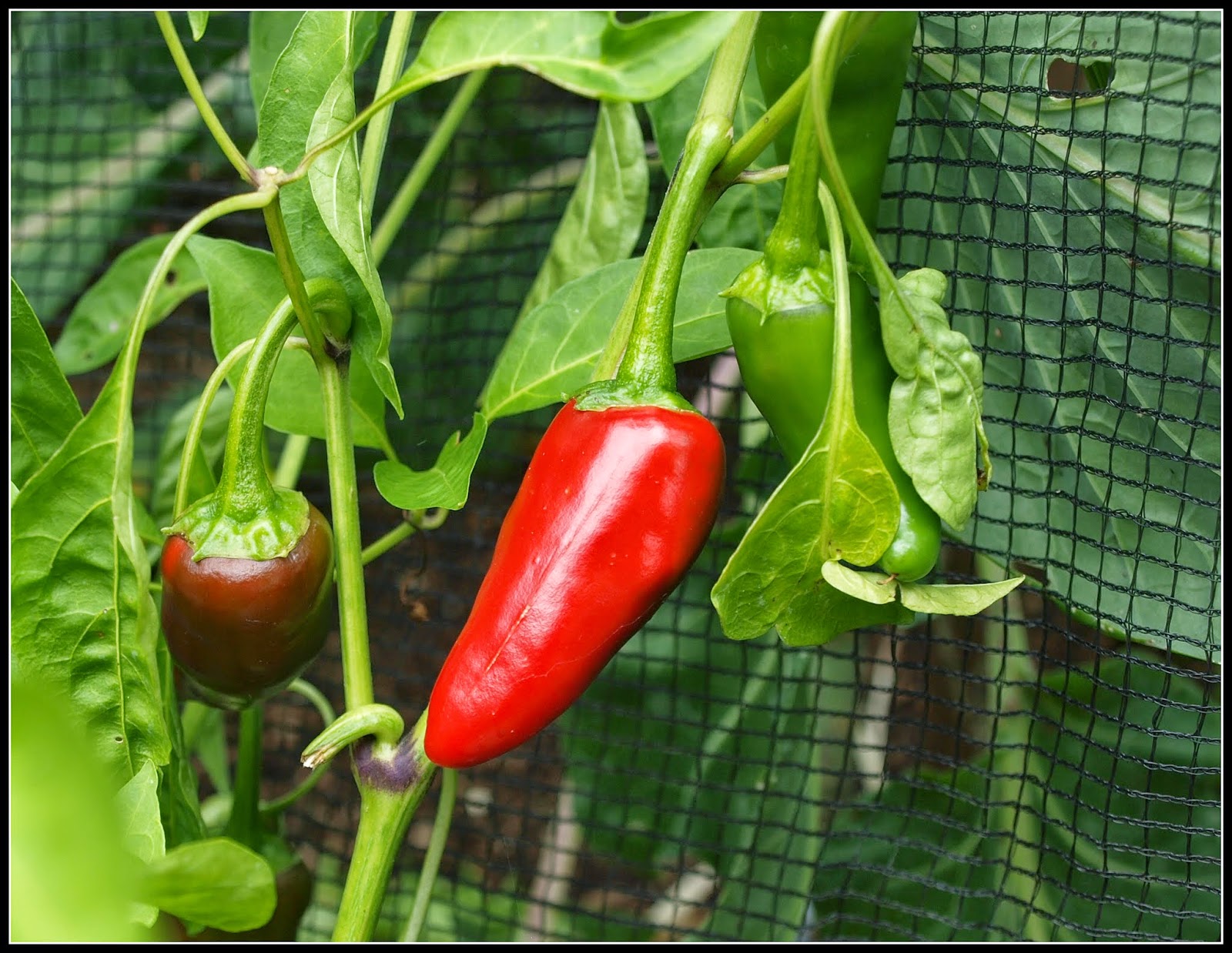 I had expected them to be longer and thinner. Certainly that's what the seed-packet suggests. I think both plants must have been badly affected by the contaminated compost issue that has given me so many issues this year. In fact the same can be said for all of the chilli plants. This is one of this year's Nosferatus - not a pretty sight! 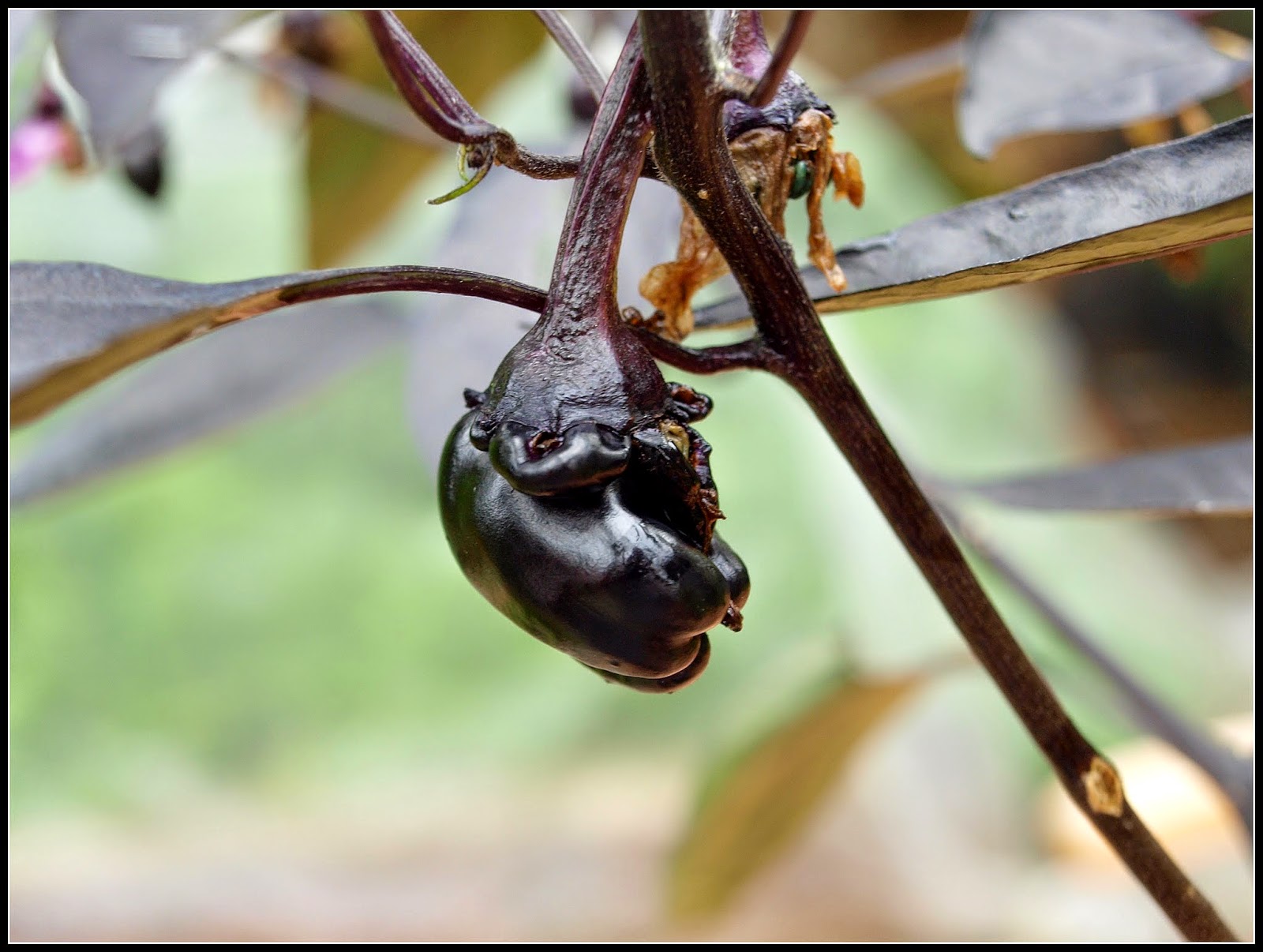 This is "Aji Limon", whose fruits will eventually be lemon yellow, though at present they are green with brownish purple streaks. Apparently this colouring may be the result of a significant temperature drop. I think that sounds very likely. 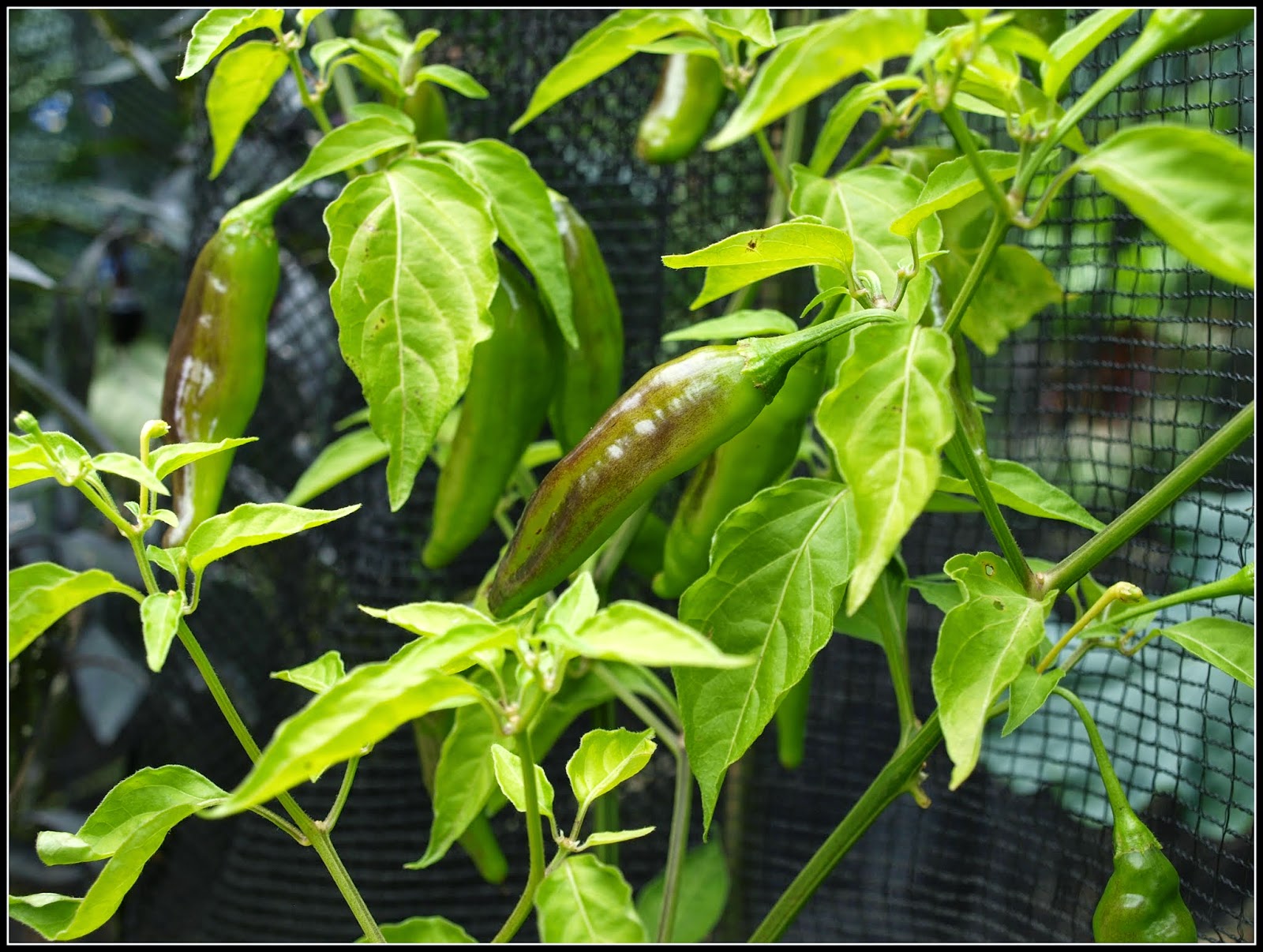 These are "Ohnivec". Lots of big sturdy fruits, with a nice level of heat. I like them! The ripening process takes them from creamy yellow, through purple, to orange and then to red. Very nice. 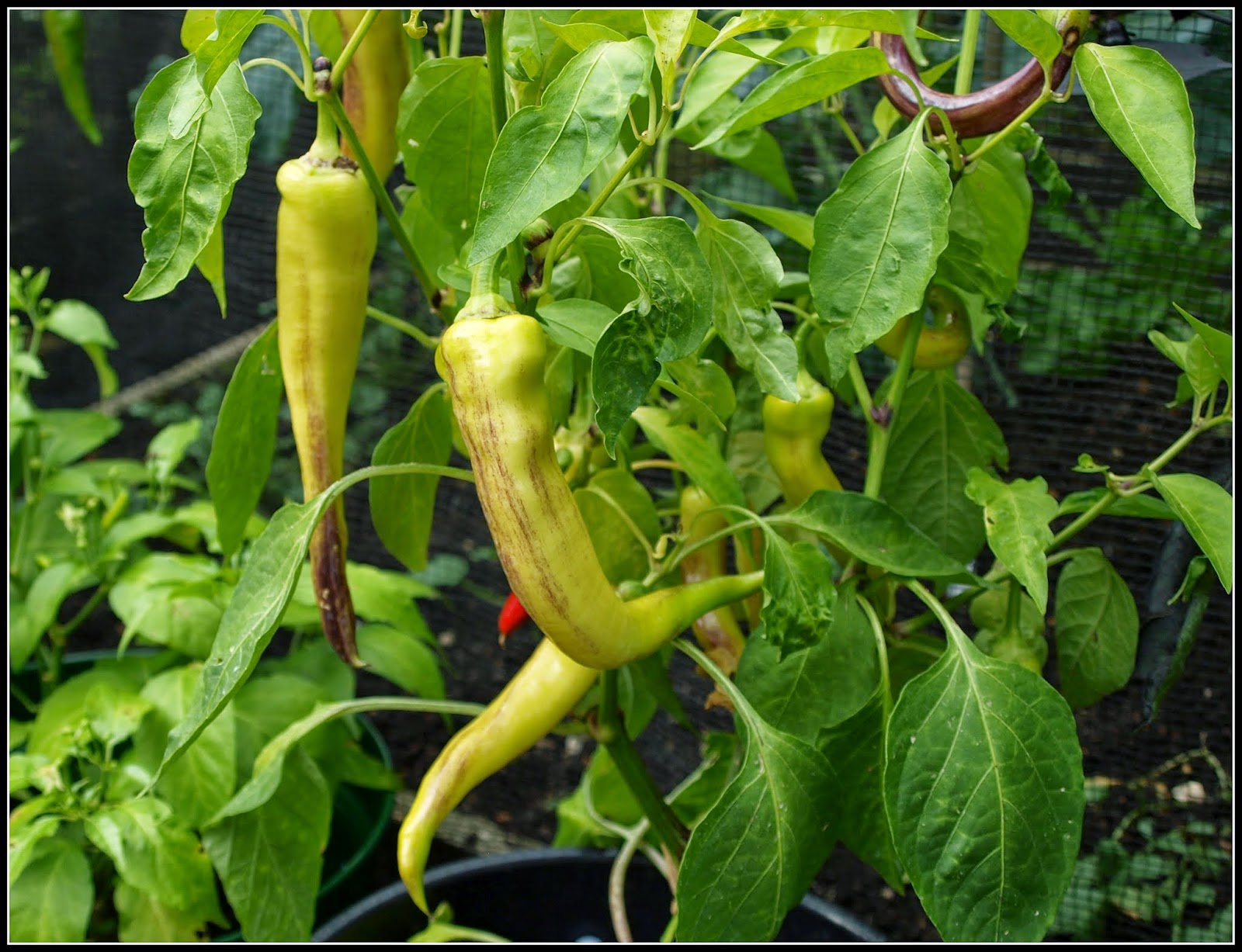 This is "Red Jalapeno". The first fruits, ripe now, were almost spherical, but the later ones have developed into longer, fatter specimens. I haven't tried eating any, but they look good. 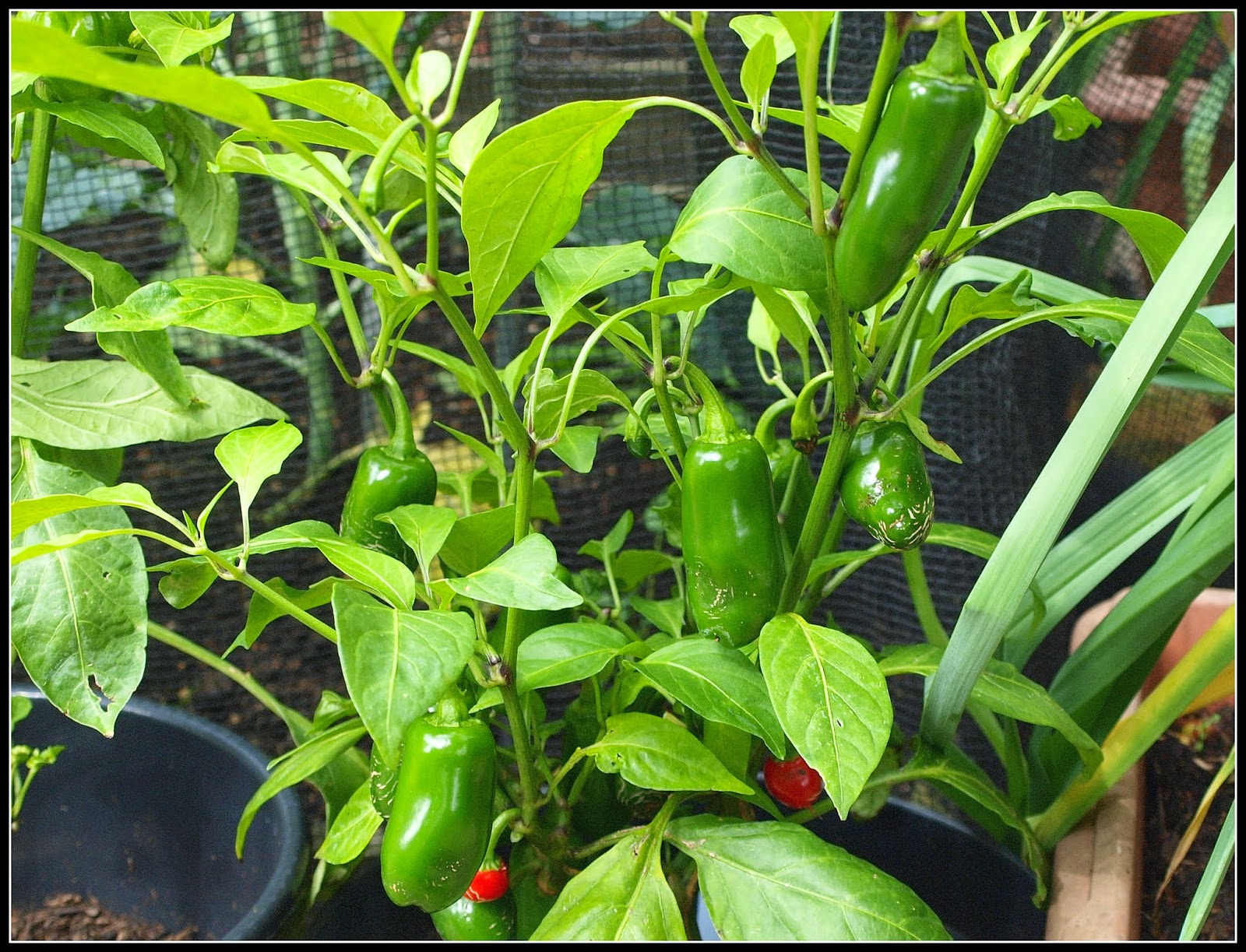 This is "Red Habanero". 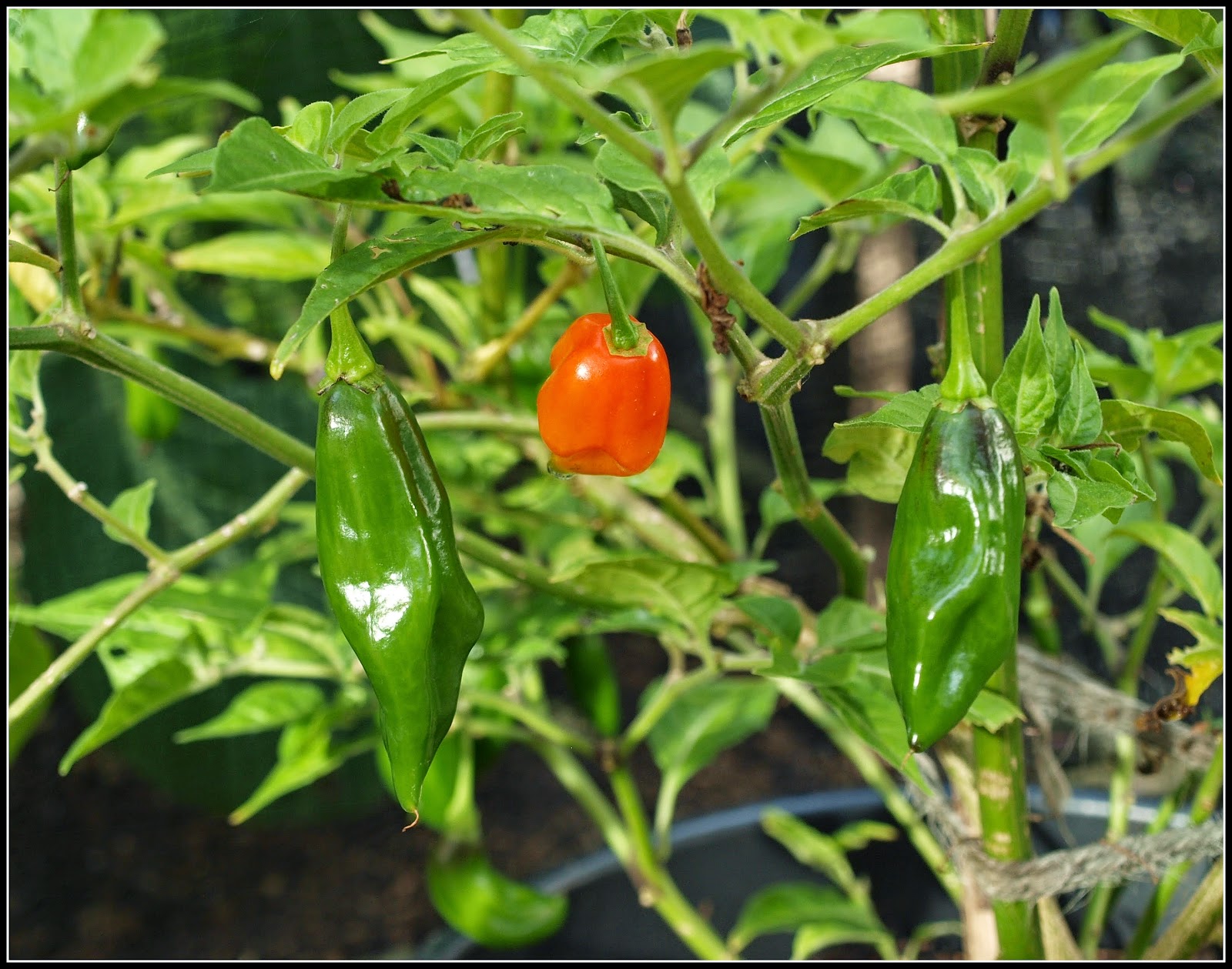 I'm particularly pleased to have got some of these to ripen, because I thought the plant was going to die. It is one that I kept from last year (bought very cheaply in an end-of-season sale), and it got seriously lacerated in a hail storm, subsequently shedding all its leaves and starting again. The rip fruit in my photo looks as if it is round, but it isn't. It's just that it is angled away from the camera.

This is the one I nicknamed "Redfields Small Red", subsequently identified as "Demon Red"

It is a very compact plant, and has a mass of tiny fruits, many of which are now turning red via brown.

This is "Explosive Embers", another very decorative plant, small enough to be grown indoors on a windowsill.

Some of the fruits are turning red now - although I don't think you can see any in my photos.


This is another one grown from seeds brought back from Turkey. For want of an official name, I have called it "Turkey Small Thin Red", which describes it pretty well!

Then there is this "Bird's Eye" chilli, the one rescued from the pack of chilli-related food products that Jane won.

It has never been a particularly strong plant, and at one stage it came within an ace of being thrown in the compost bin. However, it has belatedly produced a large number of tiny flowers, and has set a couple of fruits. Whether they will ripen before the Autumn arrives in earnest is another question...


This is "Piment d'Espelette", basically a sweet pepper with just a tiny bit of heat. 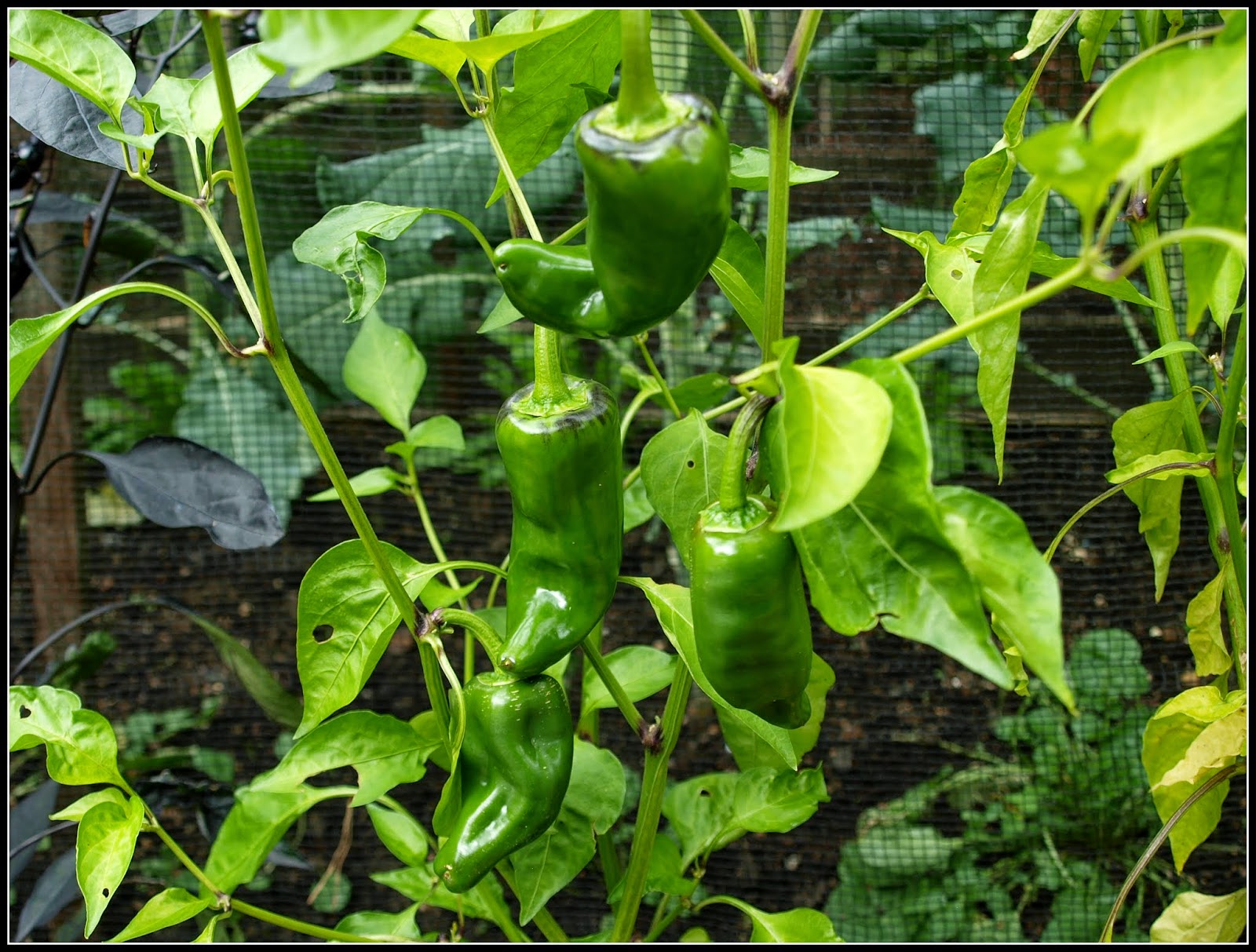 I'm not keen on eating peppers, and Jane only eats the odd one or two, so these will probably end up being given away, but I liked growing them. They are just a bit different. The seeds came from a Facebook friend in Belgium, and I don't think you can buy them in the UK (certainly not easily.)

Now we have "Turkish Sweet Pepper" (my nickname). These were popular with my family last year, so I grew two plants. One has been very late to develop, and one has been OK. This fruit is on the OK one. Looks like it will be red very soon. 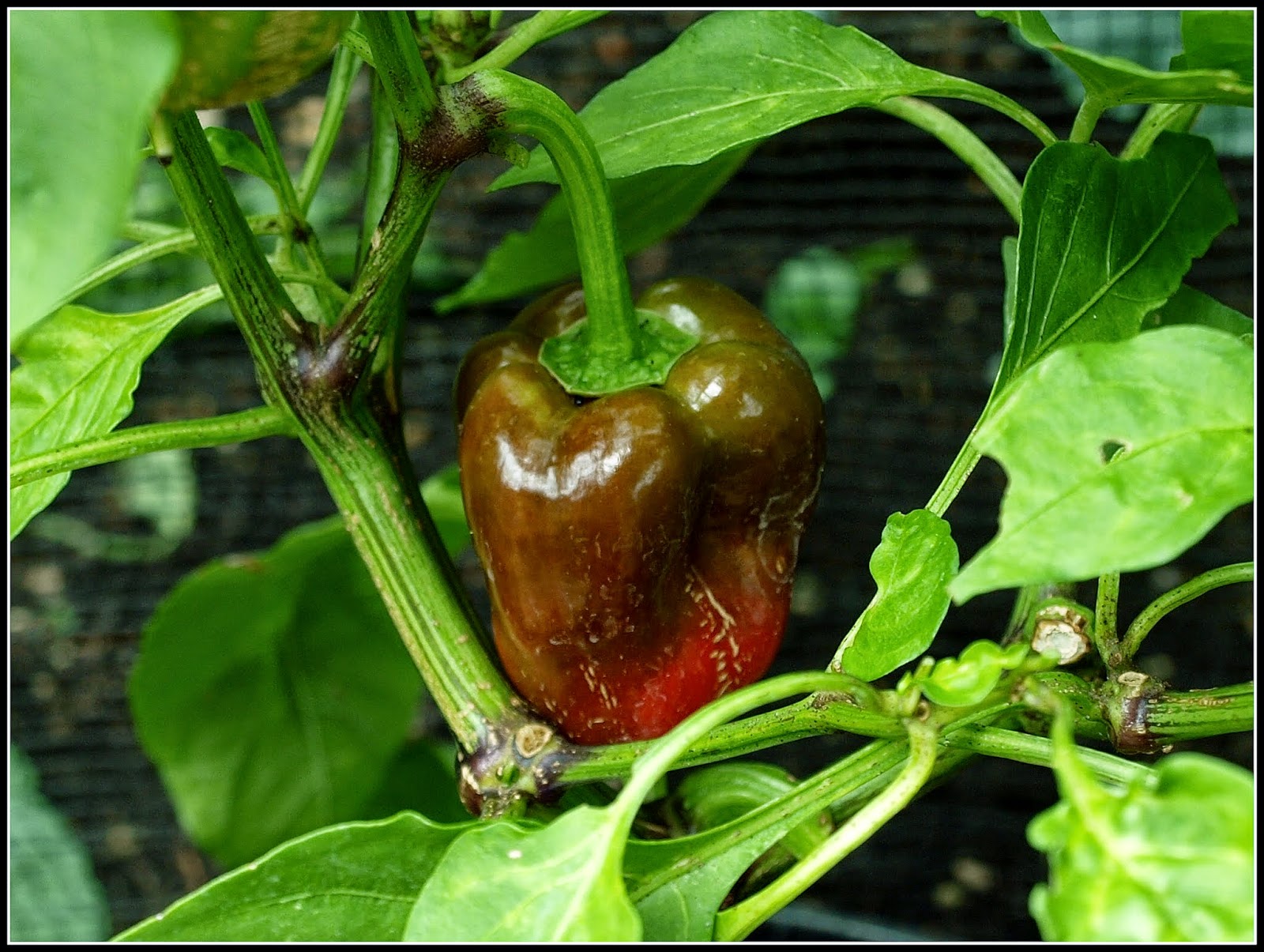 The other plant set some fruit at a reasonable time, but they have just sat there doing nothing at all. Not rotting or falling off, but also not expanding or ripening either. They are still tiny, and I don't see them coming to maturity before the frosts come along. 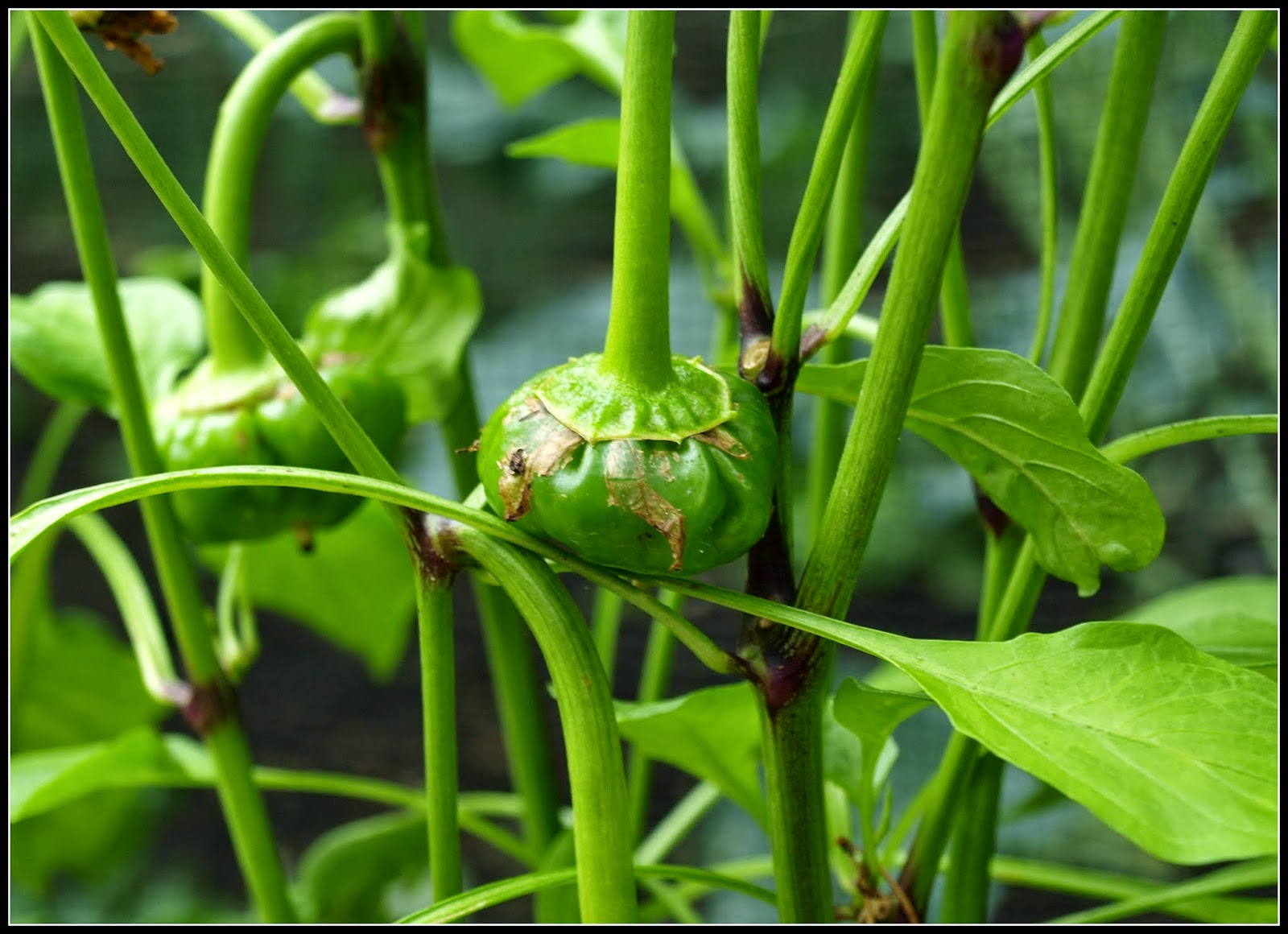 Finally, there is the sweet pepper "King of the North".


This plant is also very compact. I'm not sure whether this is normal. And the fruits look a bit pointier than others of this variety whose photos I have seen on the internet. Anyway, Jane seems to think it tastes OK, so that's the most important thing.