My leeks have been under attack not from the Allium Leaf-miner or the Leek Moth, but by foxes! At least, I think it is foxes, though I can't be 100% sure because I have not seen them doing it. During the night, something decided to dig around in the soil where my leeks are growing, presumably in search of worms to eat. Maybe it was badgers, not foxes? Definitely not cats, because I'm sure cats don't dig for worms. Whatever it was that did it, there is no denying the damage. Several of my few (and therefore precious) leeks have been damaged. They have rips in them evidently caused by clawed feet: 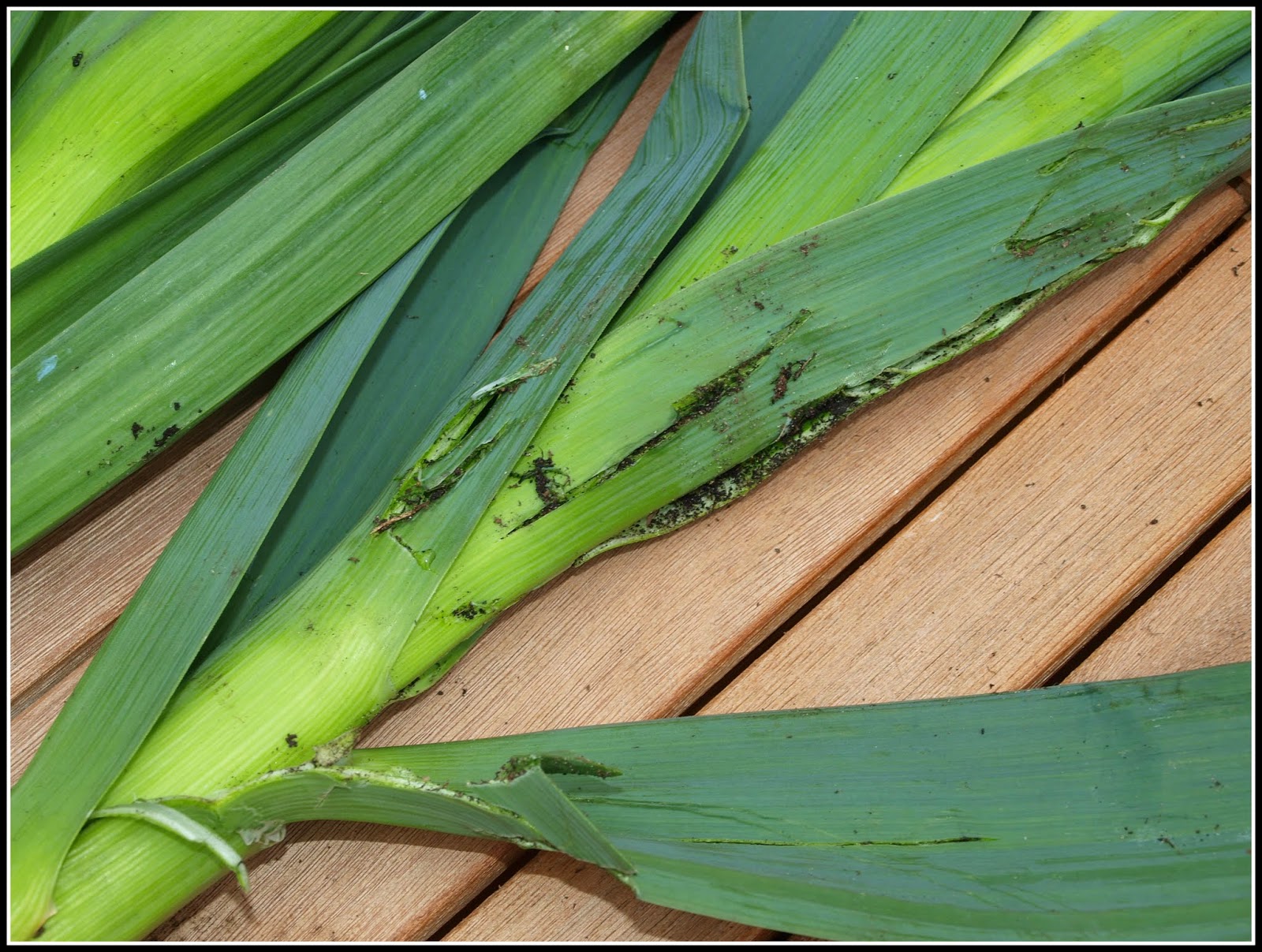 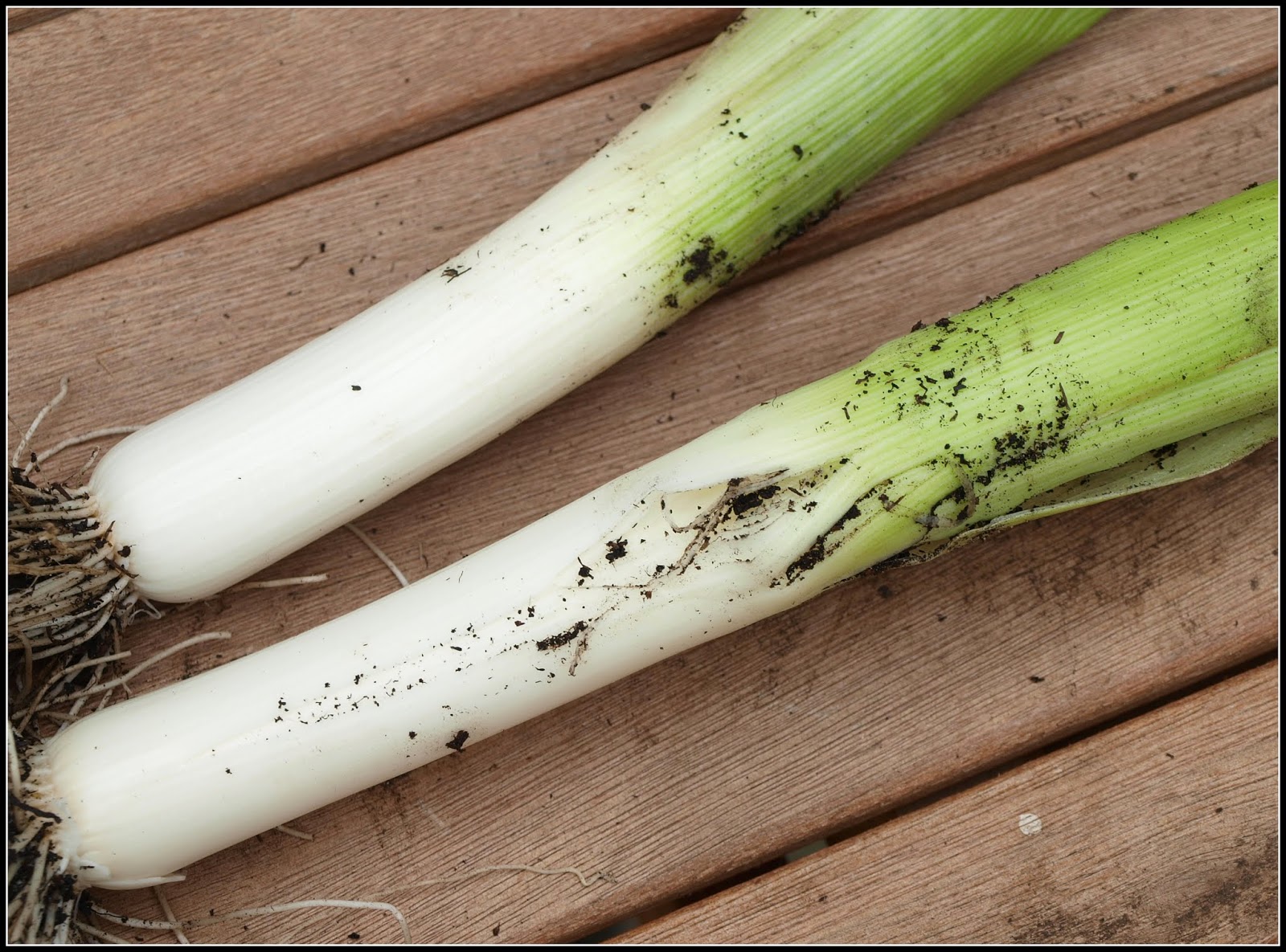 I realised that it was highly likely that damage like this could allow fungal infections to enter the leeks, so decided that the worst-damaged ones had to be used up very soon. 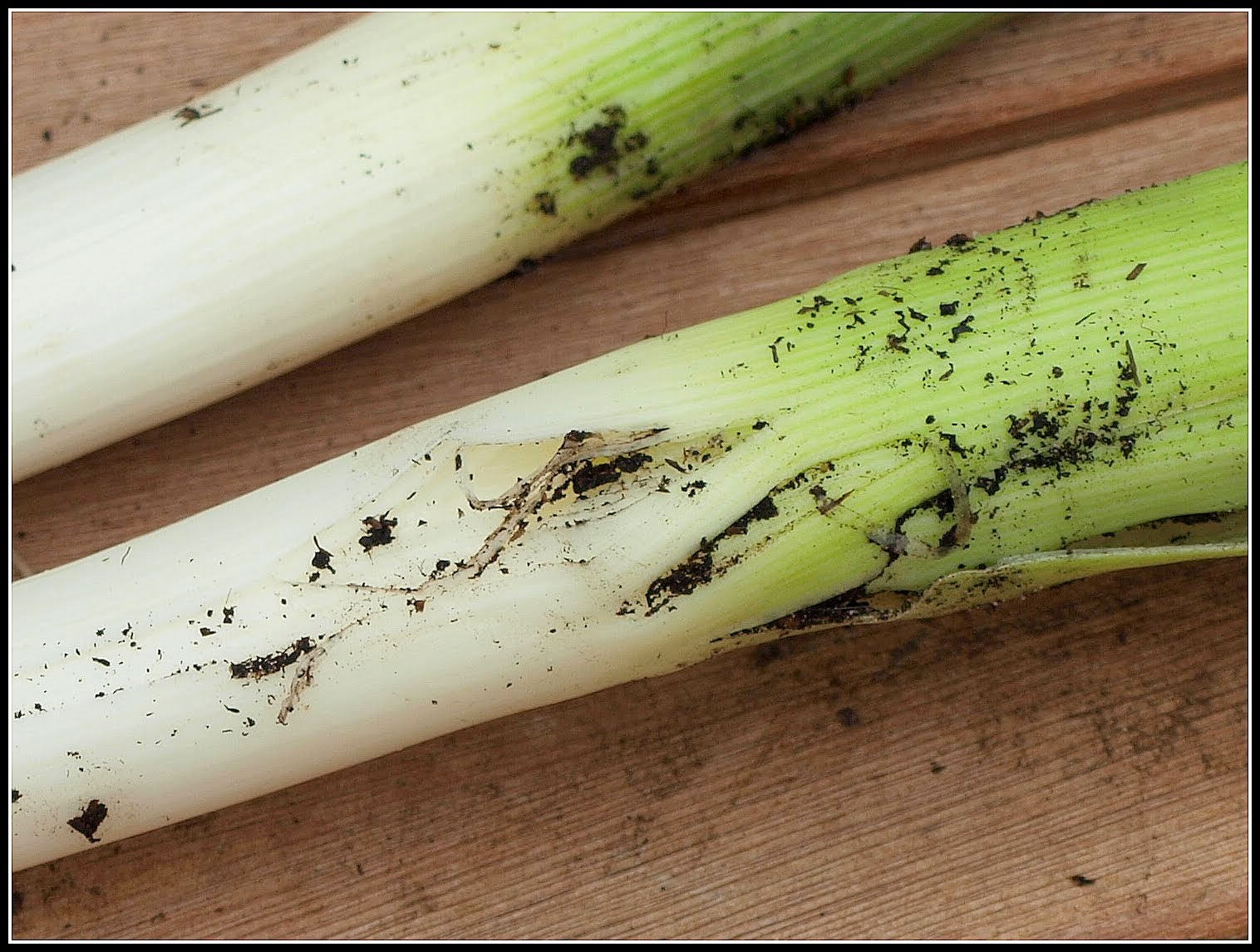 Two leeks is enough for a serving for the two of us, so two of them came up straight away. More will have to follow soon. 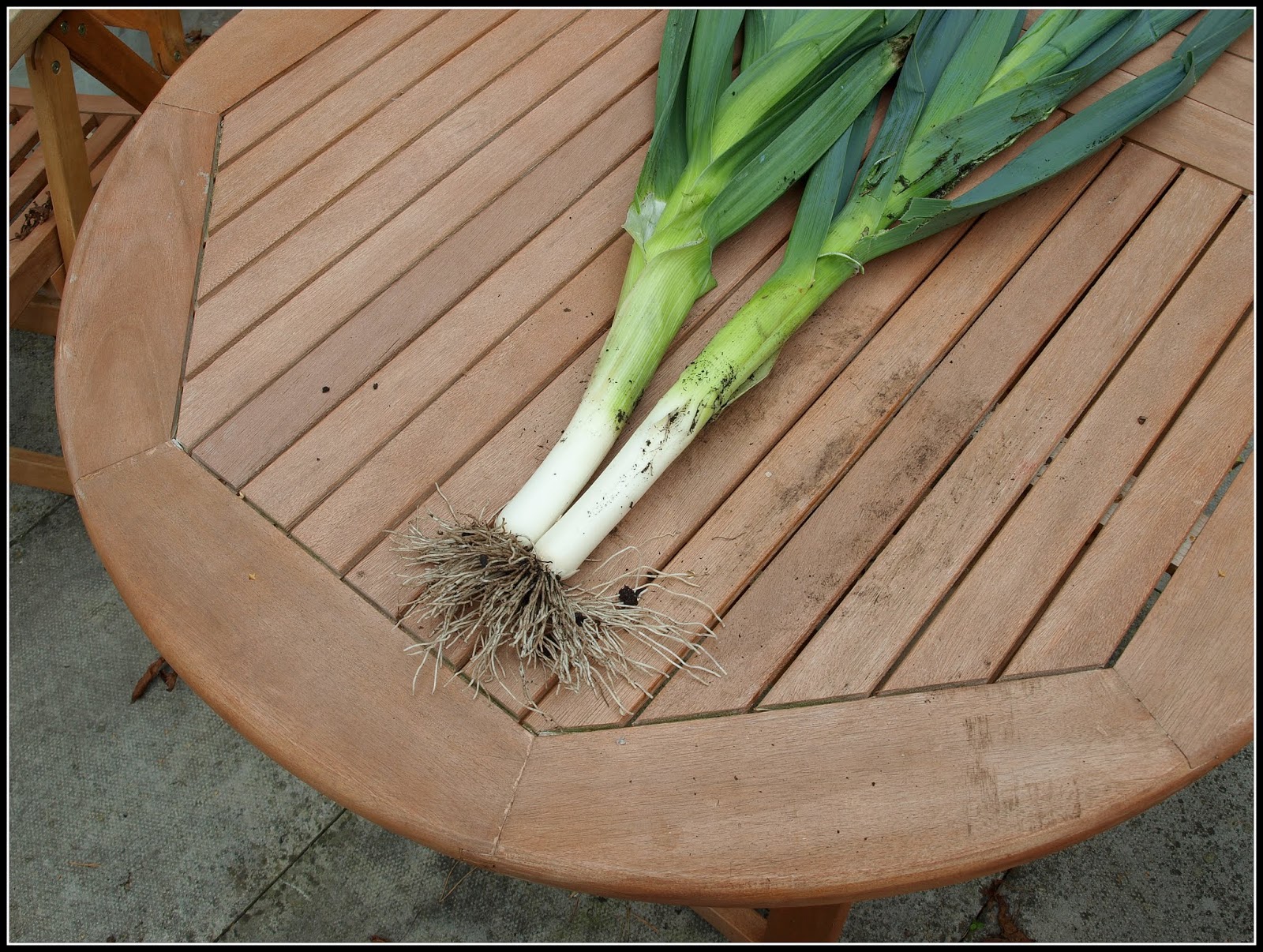 These "Toledo" leeks are actually quite decent specimens. The table on which they are laid here is 5 feet (1.5 metres) long. 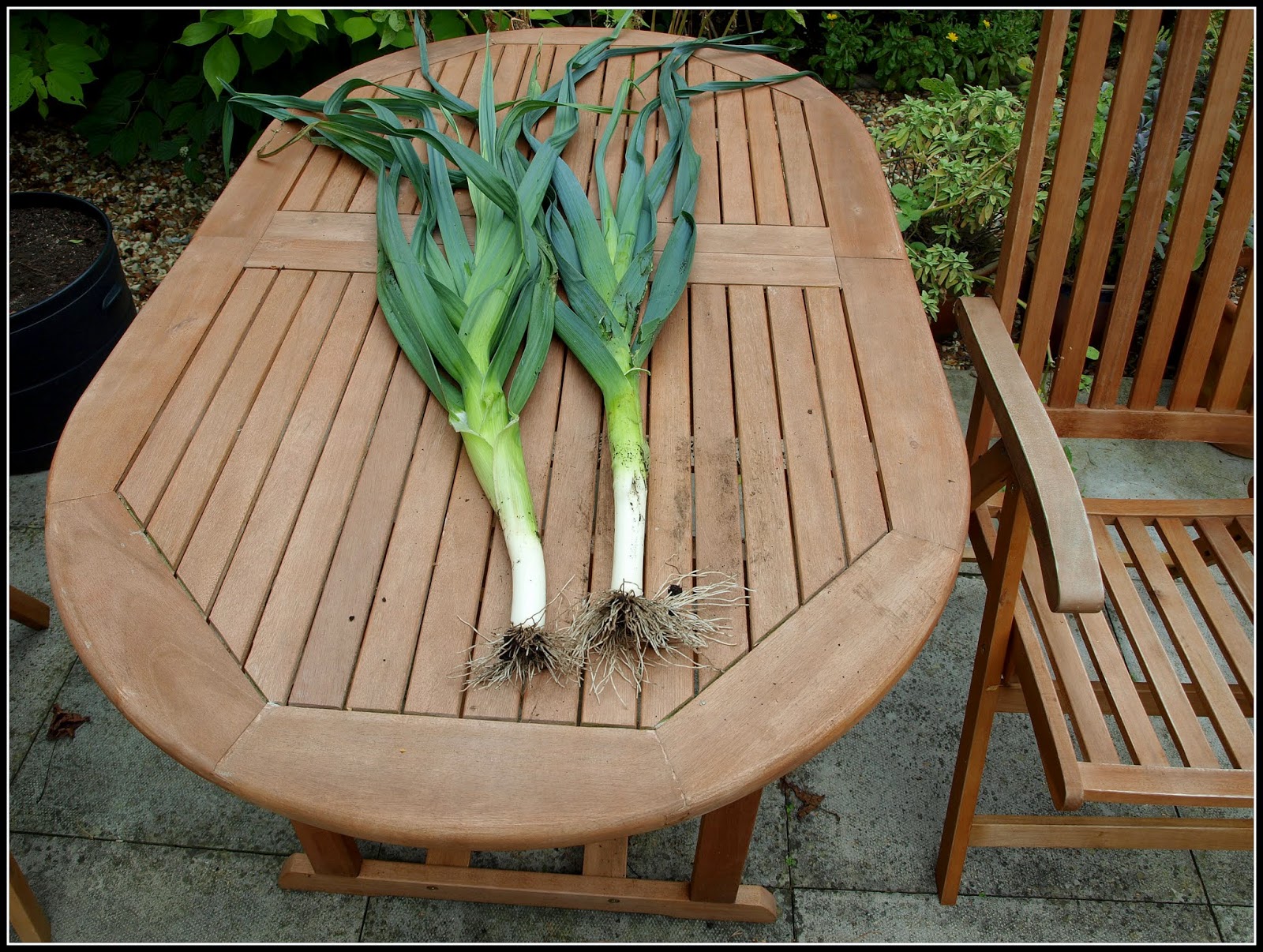 In order to make the leeks useable in the kitchen I had to strip off several layers, but I was still left with a couple of quite decent leeks. 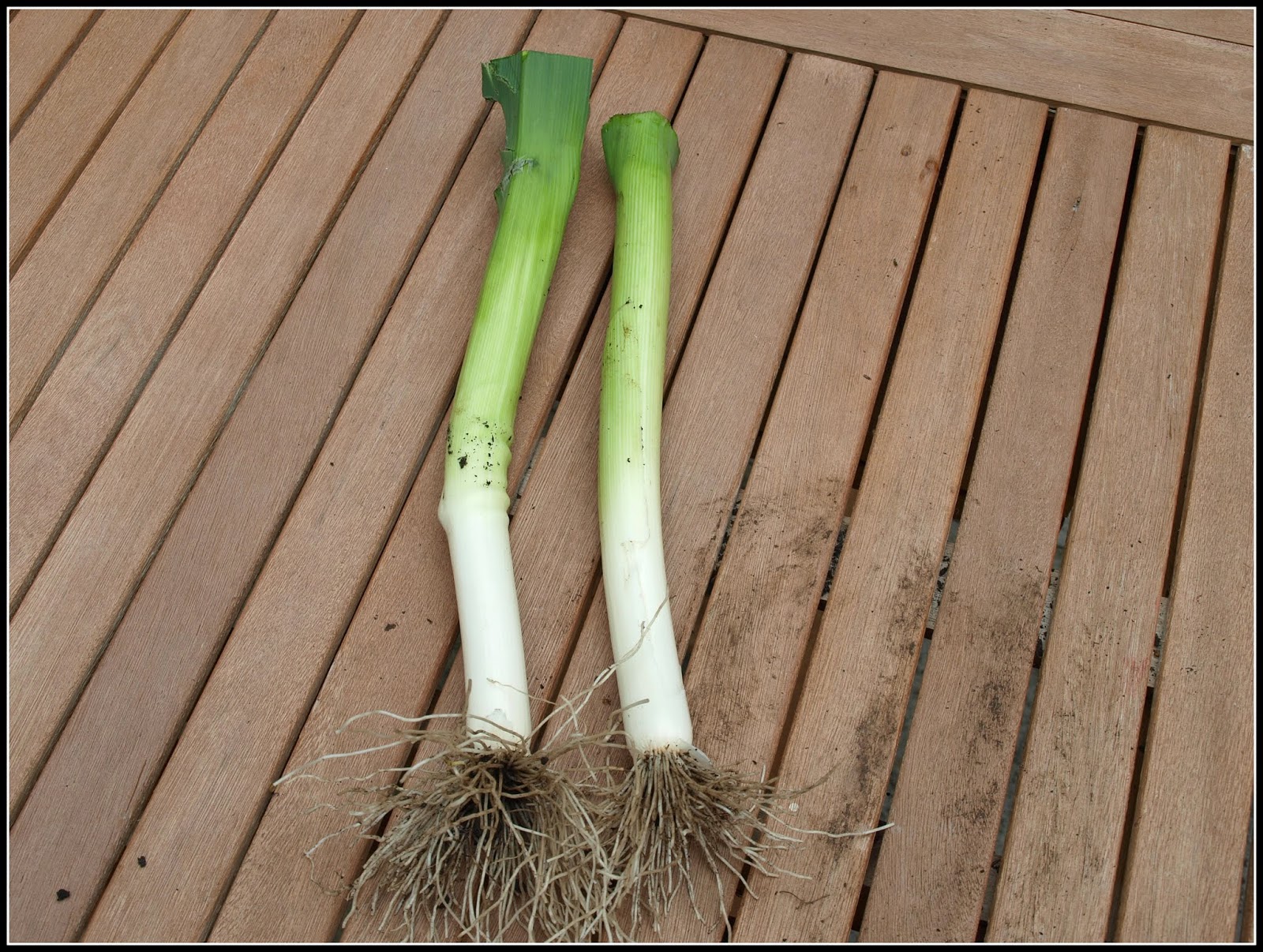 You can see that the one on the left had been squashed by the offending animal and severely bent, but I straightened it up!

For now, I have draped a piece of lightweight anti-butterfly netting over the remaining, rather battered, leeks. Maybe it will deter the foxes; maybe it won't... 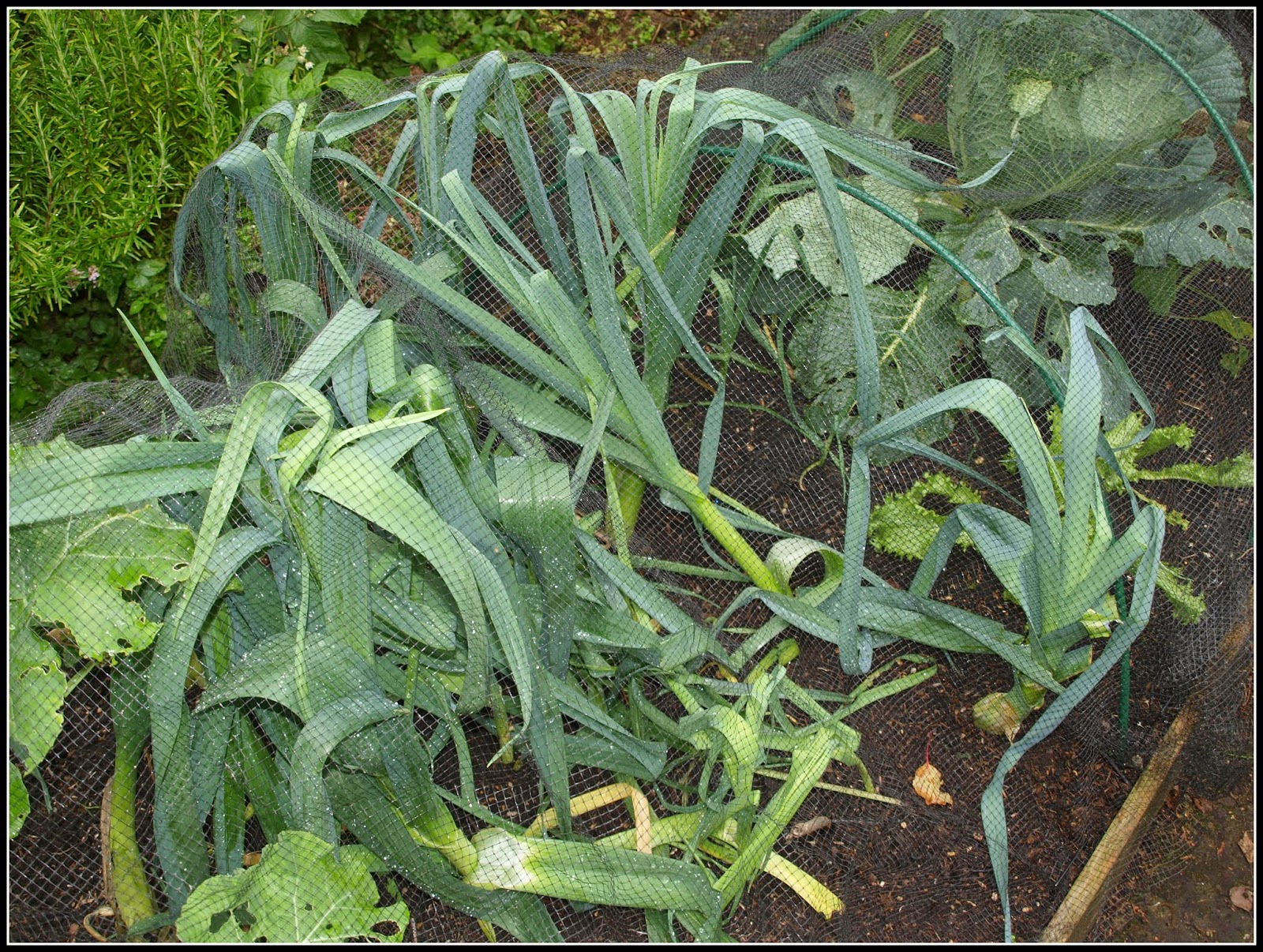 I'm beginning to think that I am going to have to buy some more nets and poles in order to cover ALL of my raised beds. It is animals that do most damage in my garden, not diseases or weather.
Posted by Mark Willis at 12:00