Since I have been commuting to London again this week, my first harvest was not picked until late Wednesday evening: It included a few more Runner Beans, a couple of cucumbers, a handful of chillis, one Turkish Sweet Pepper and these three radishes: 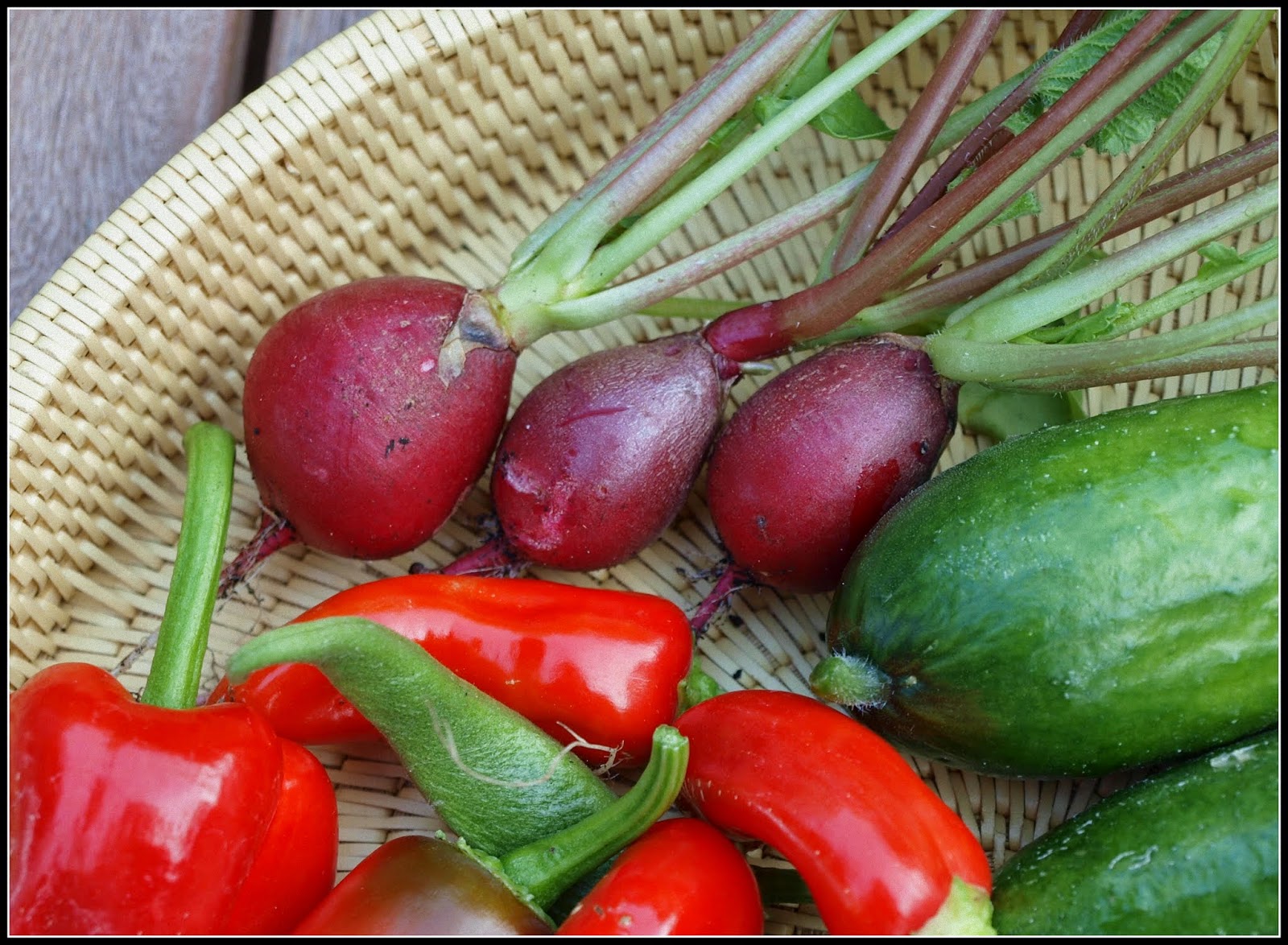 Normally I wouldn't be particularly proud of producing a measly three radishes, but these ones are pot-grown ones, and in view of my former lack of success in this area I consider them to be worth a mention!

The chillis are a mix of "Ohnivec" and the strange-shaped "Ring of Fire". The latter look for all the world as if they are actually sweet peppers, not chillis. 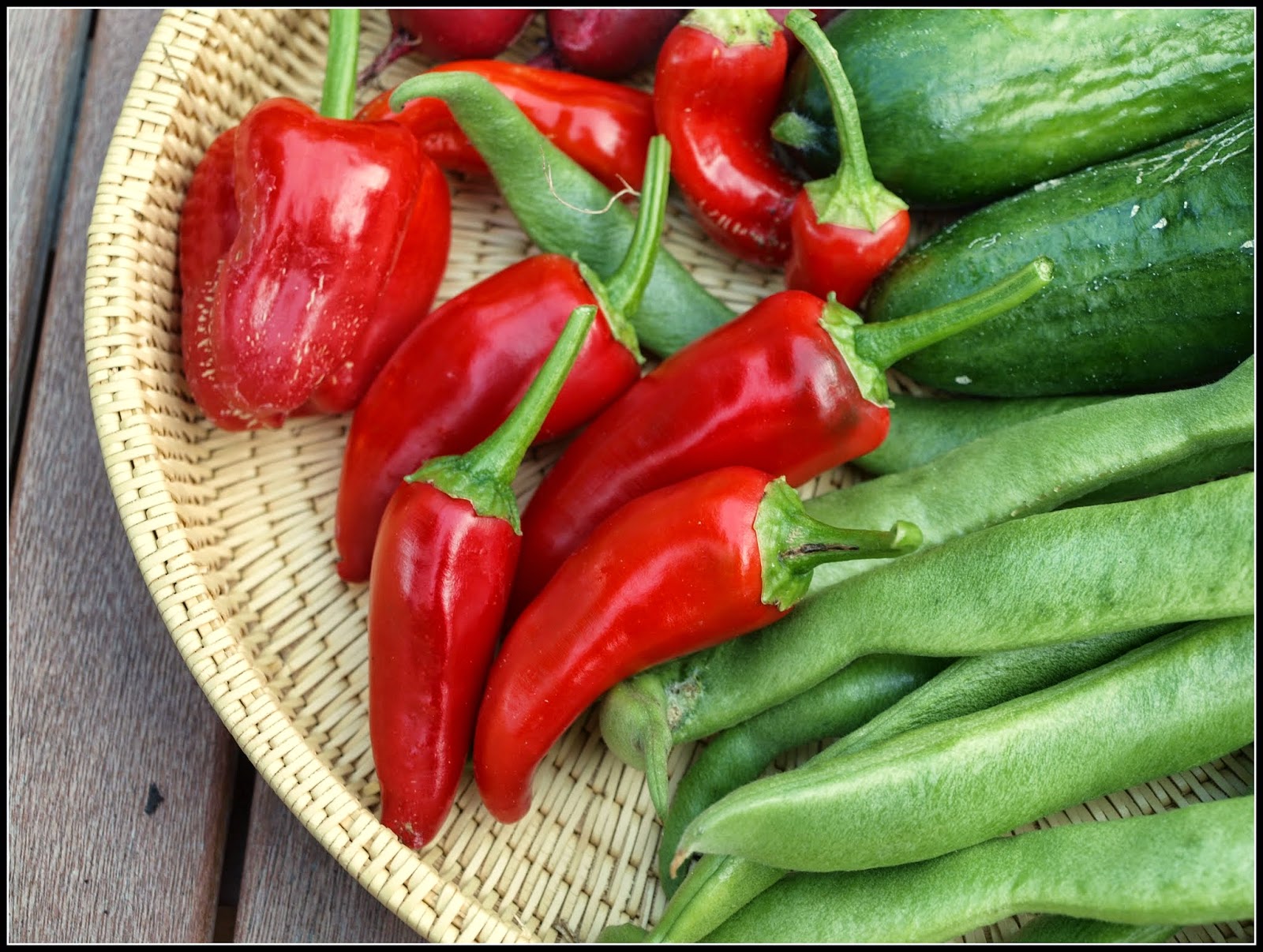 The Turkish Sweet Pepper is very small, but quite a handsome thing. This one is going to be dried for seed-production. 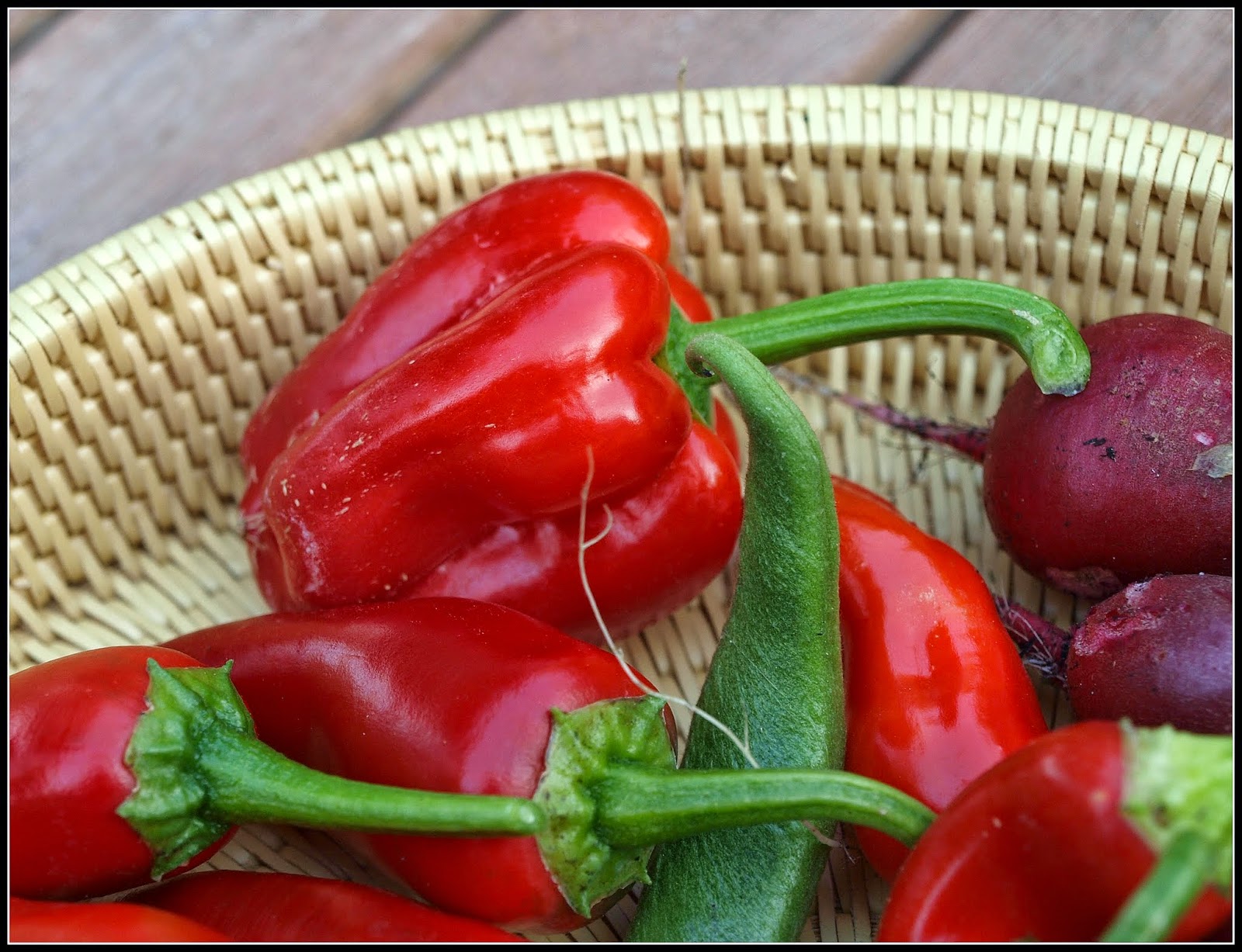 The following day I dug up the two leeks which I wrote about a few days ago - the ones that had been damaged by foxes. 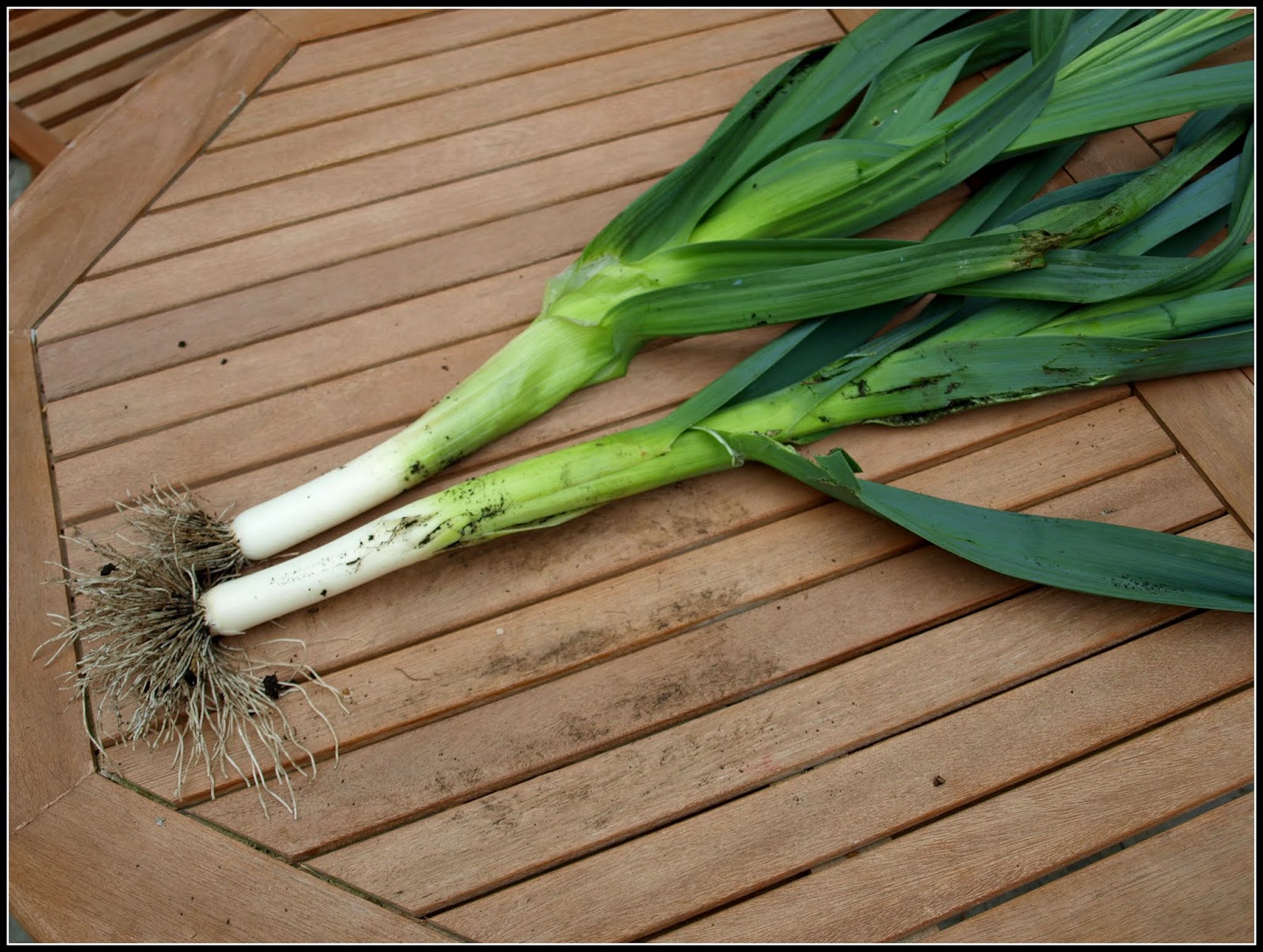 Later in the week came these "Pink Fir Apple" potatoes: 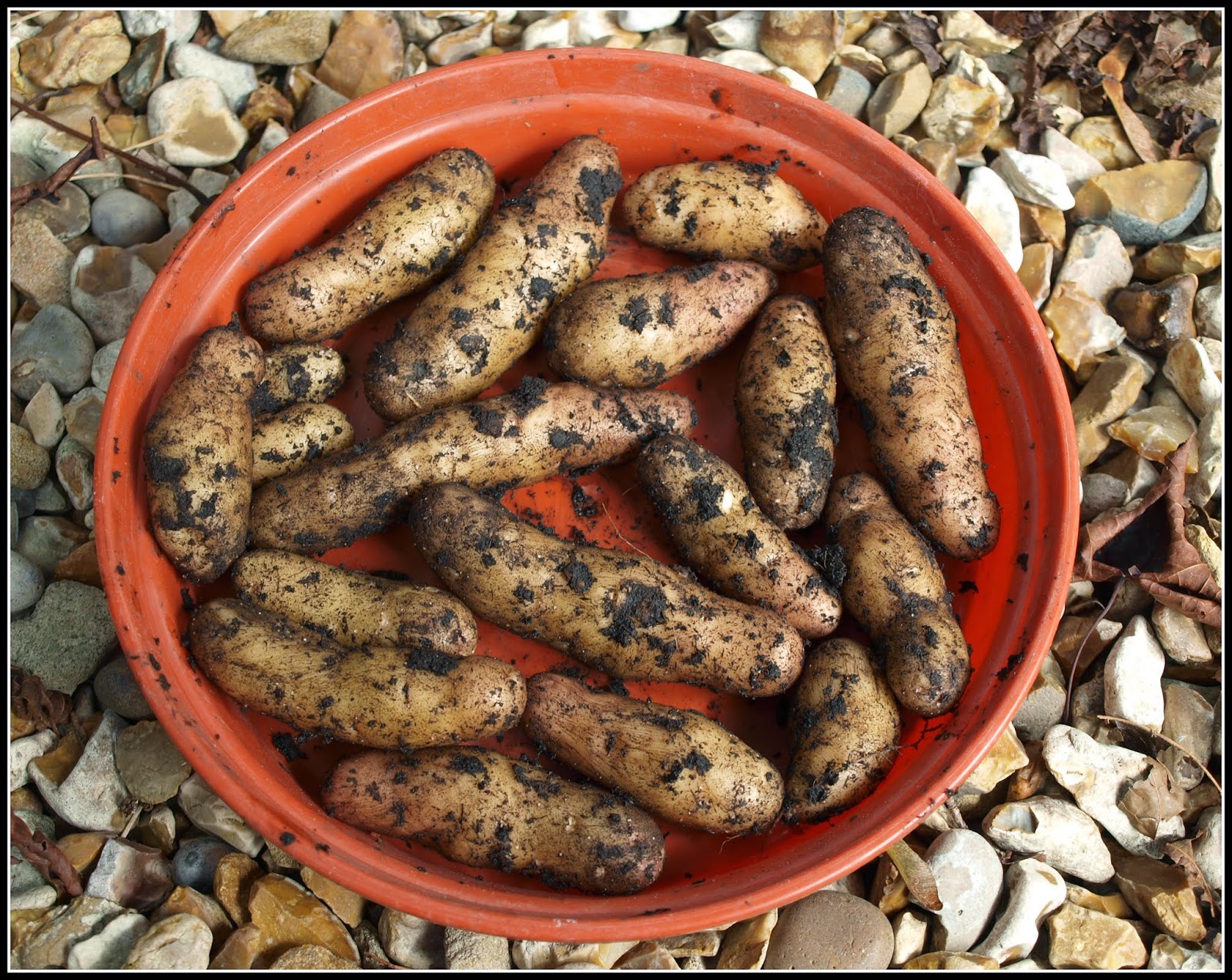 This batch is the proceeds from one pot. They weighed just under 600 grams, which is over twice the yield from the first pot which I harvested on 28th August. 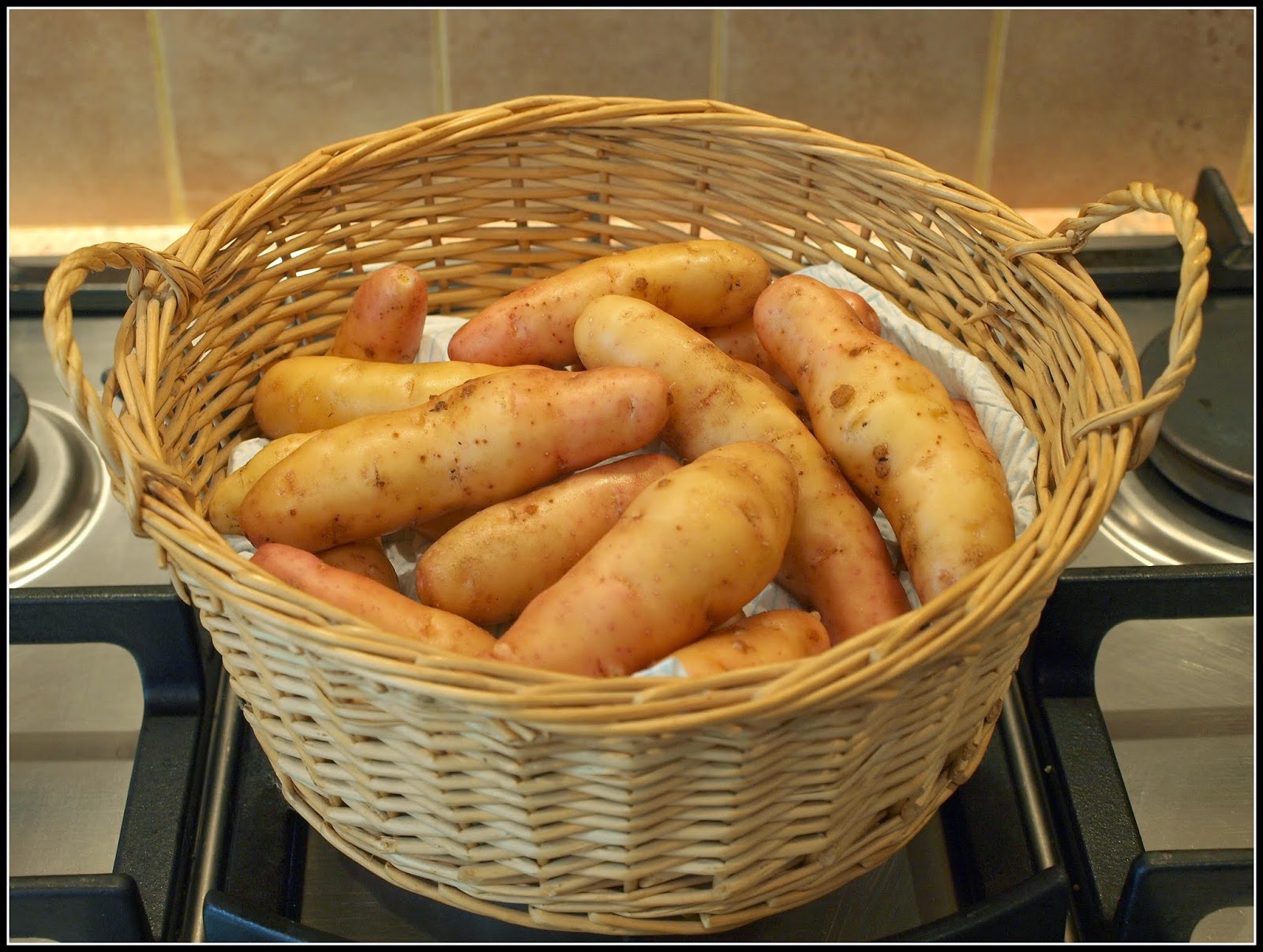 These particular tubers are much smoother than "Pink Fir Apple" ones often are. They look more like the variety "Anya", which is a cross between PFA and "Charlotte", except that "Anya" tubers never get that long. 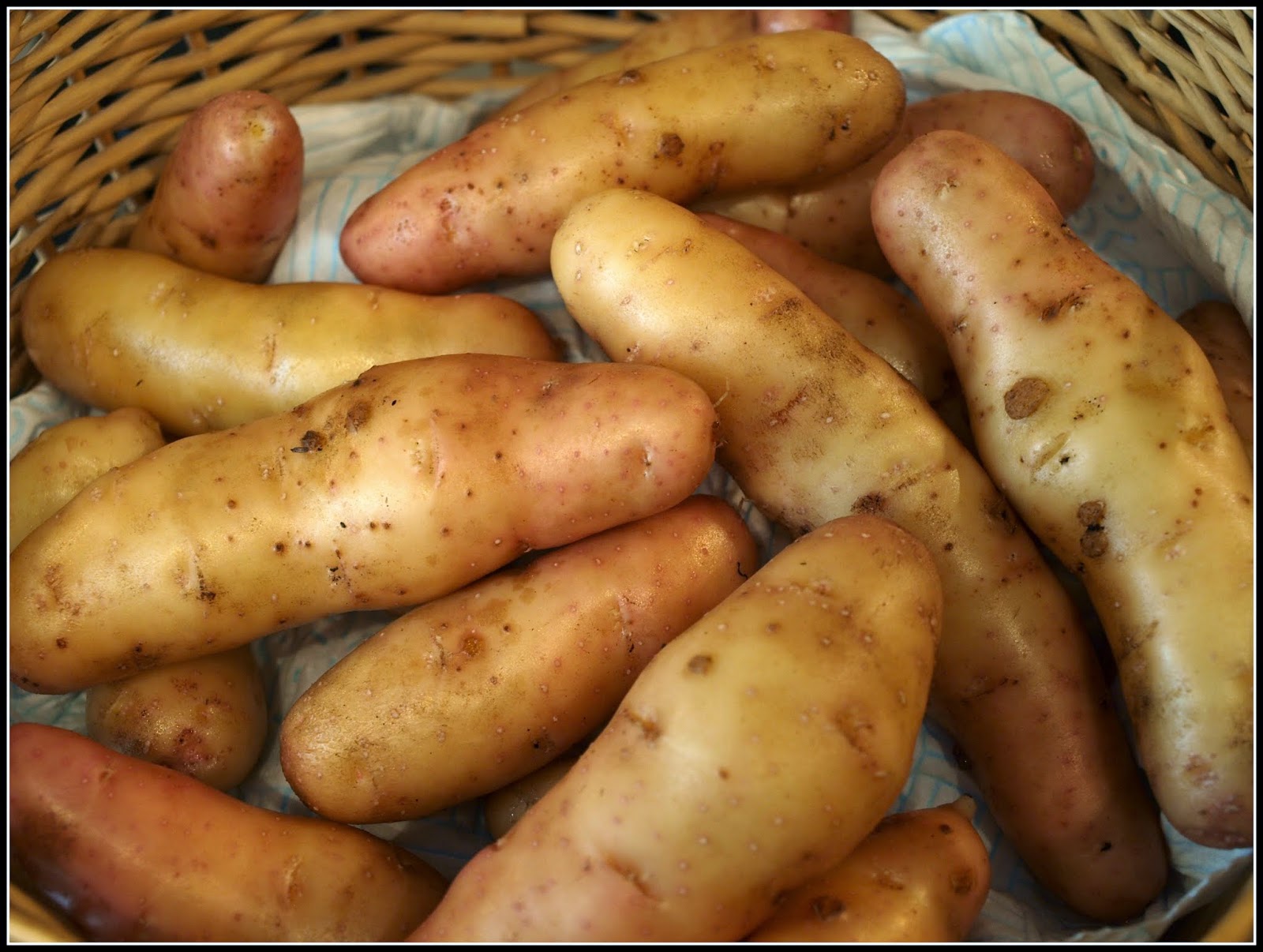 This is an excellent variety - probably my favourite. The flesh is dense, firm and almost nutty in flavour. Very nice eaten just on its own, without other flavours to confuse the palate (Oh go on then, just a little butter and black pepper...) 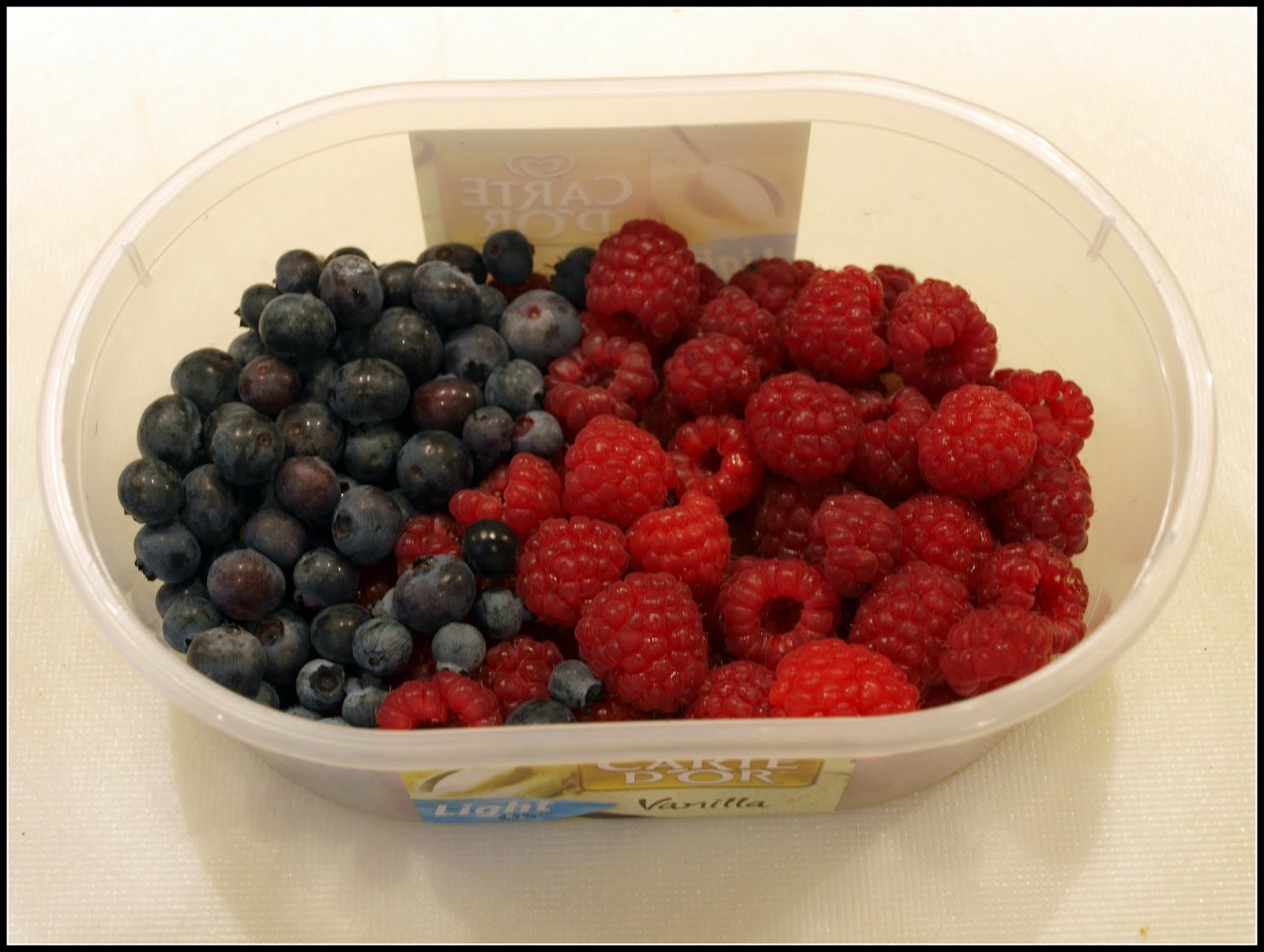 On Friday I cut down and disposed of the blight-infected tomato plants, but I kept all the green fruit that didn't look damaged. Together with a few more beans and a couple each of radishes and beetroot, they look like quite a decent harvest. I expect that many of the tomatoes will not make it to ripeness before blight develops in them though. 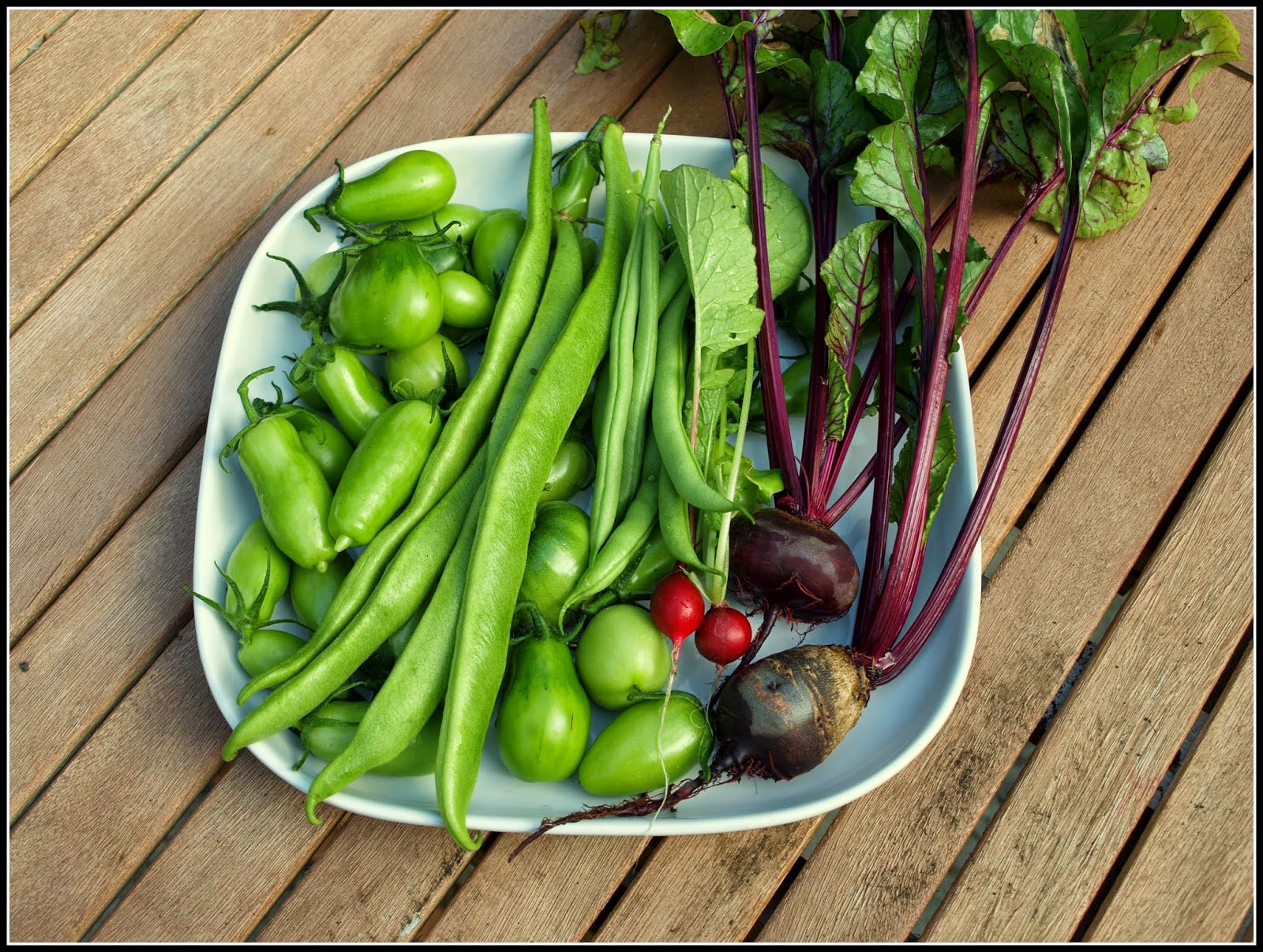 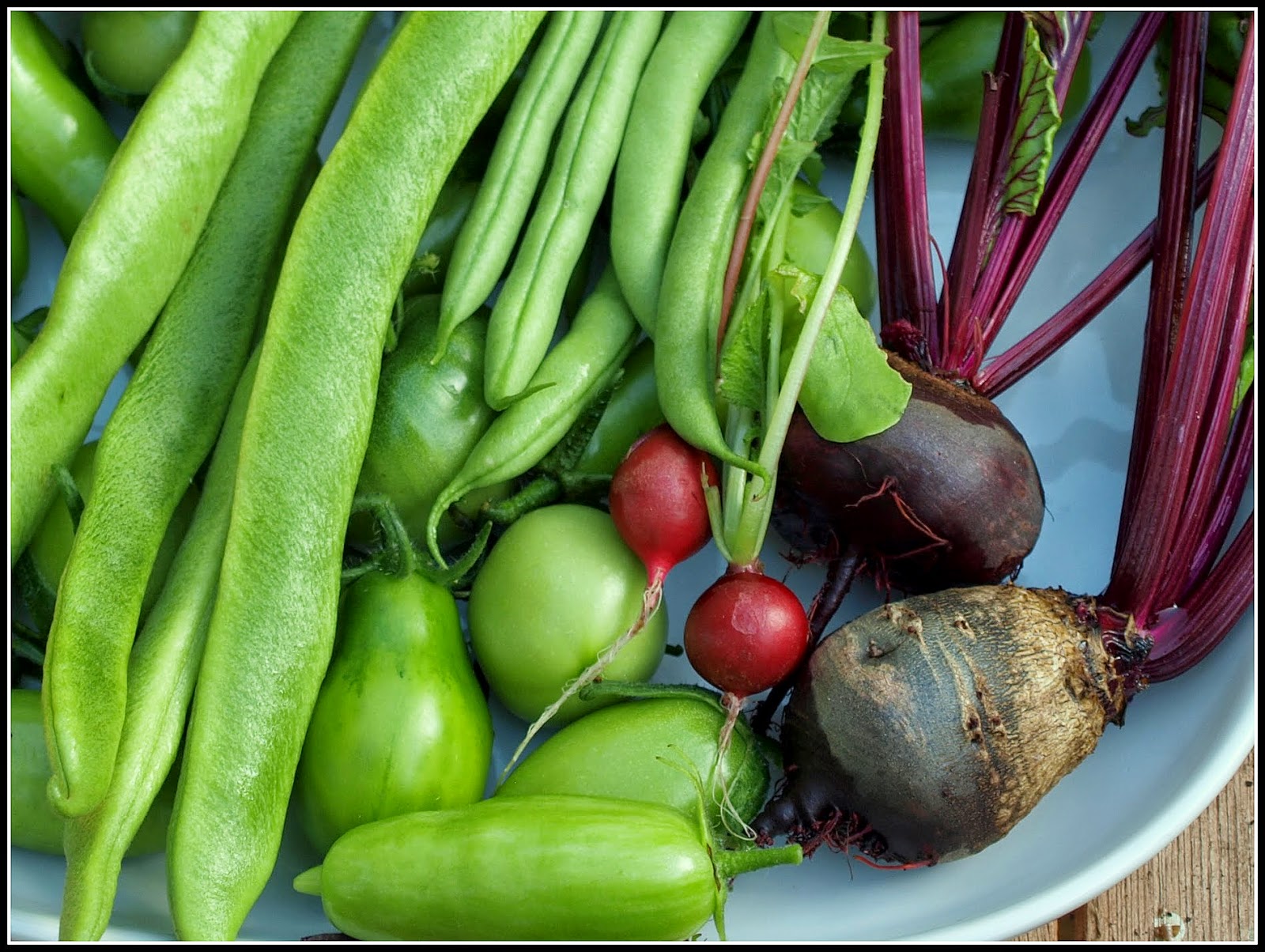 Finally for this week, the ingredients for a really nice salad (all this is home-grown): 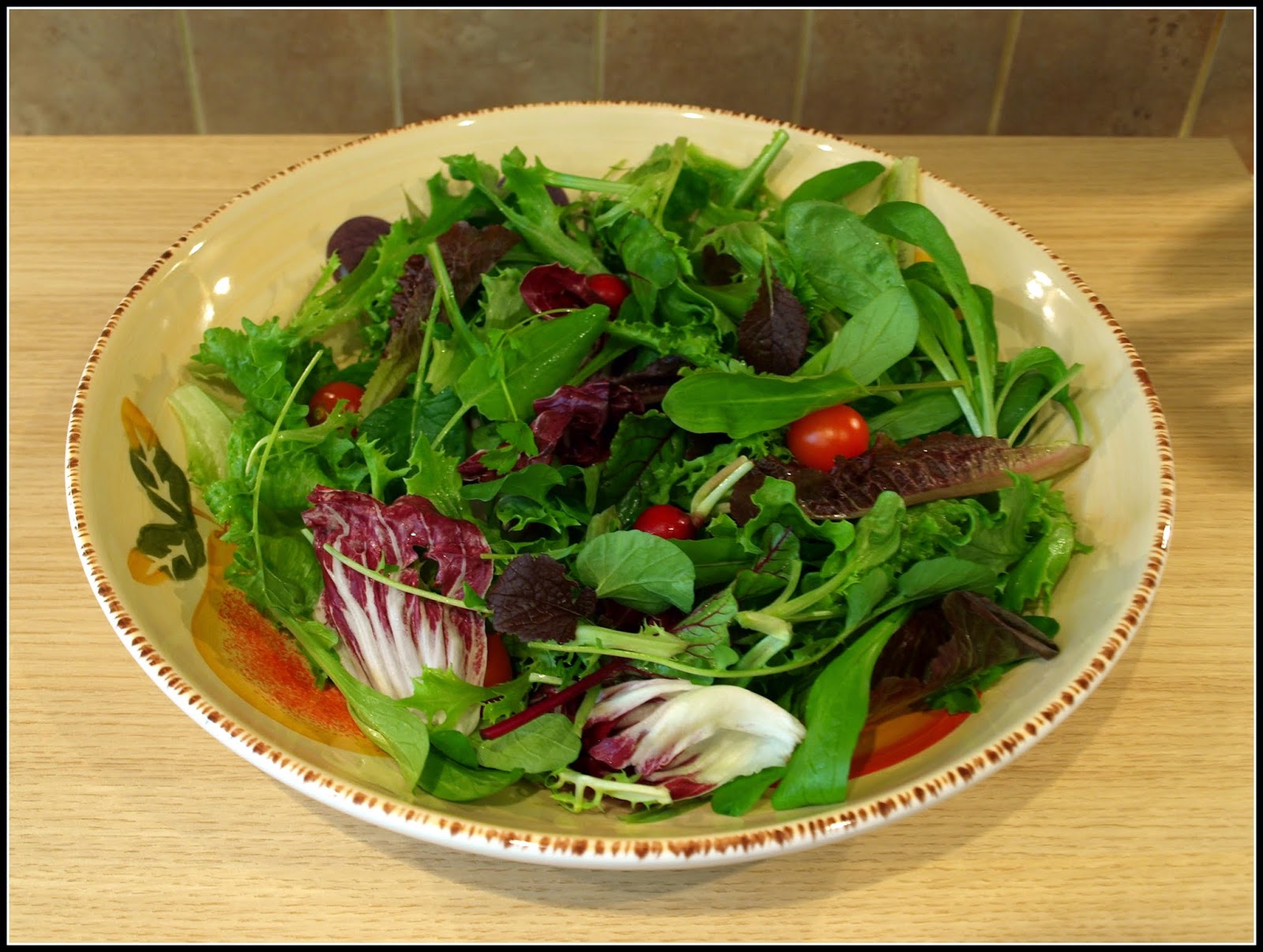 This is my entry for Harvest Monday, hosted by Daphne's Dandelions, so please drop by and see what things other people have been harvesting this week.
Posted by Mark Willis at 12:00