As a gardener, you instinctively know when Summer has finished and Autumn has arrived. The temperature changes, but so does the quality of the light. Here in the UK we passed that point about three weeks ago.

My garden is definitely in a transitional state. Some of the Summer crops are still going strong (e.g. beetroot, lettuce, chillies), but the Autumn ones are beginning to be more prominent. The most obvious sign of this in the veg patch is the transformation of the Radicchio from its plain green Summer foliage to its dramatic red Autumn livery: 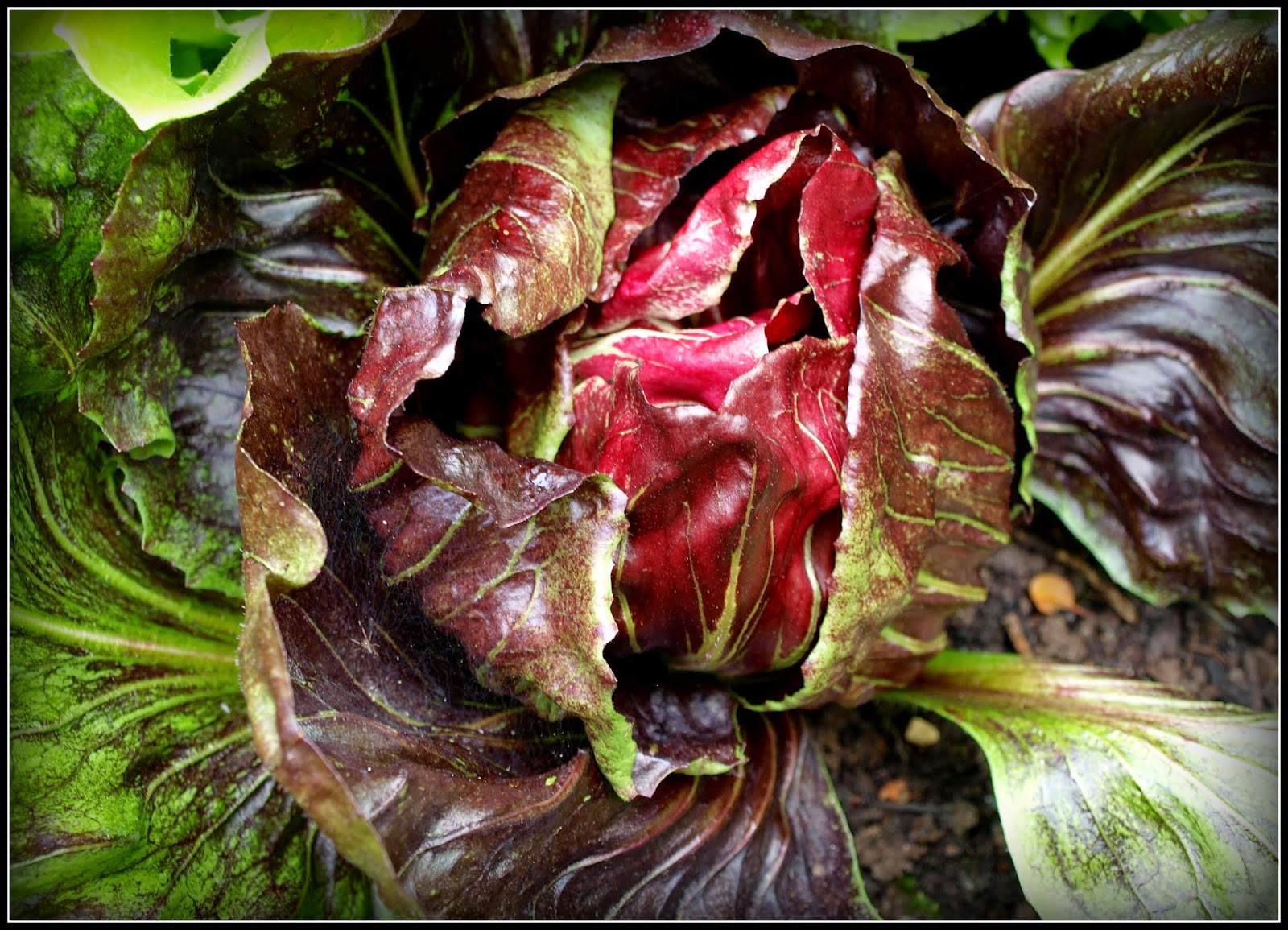 However, today it is not vegetables that I want to write about, it is flowers. By my standards, I have had a very colourful garden this year. Most of the flowers are past their best now, but I think there is still a certain attraction - albeit of a different sort -  in their faded blooms. Star of the show, without a doubt, has been the Rudbeckia "Goldsturm", which has flowered continuously throughout the Summer. 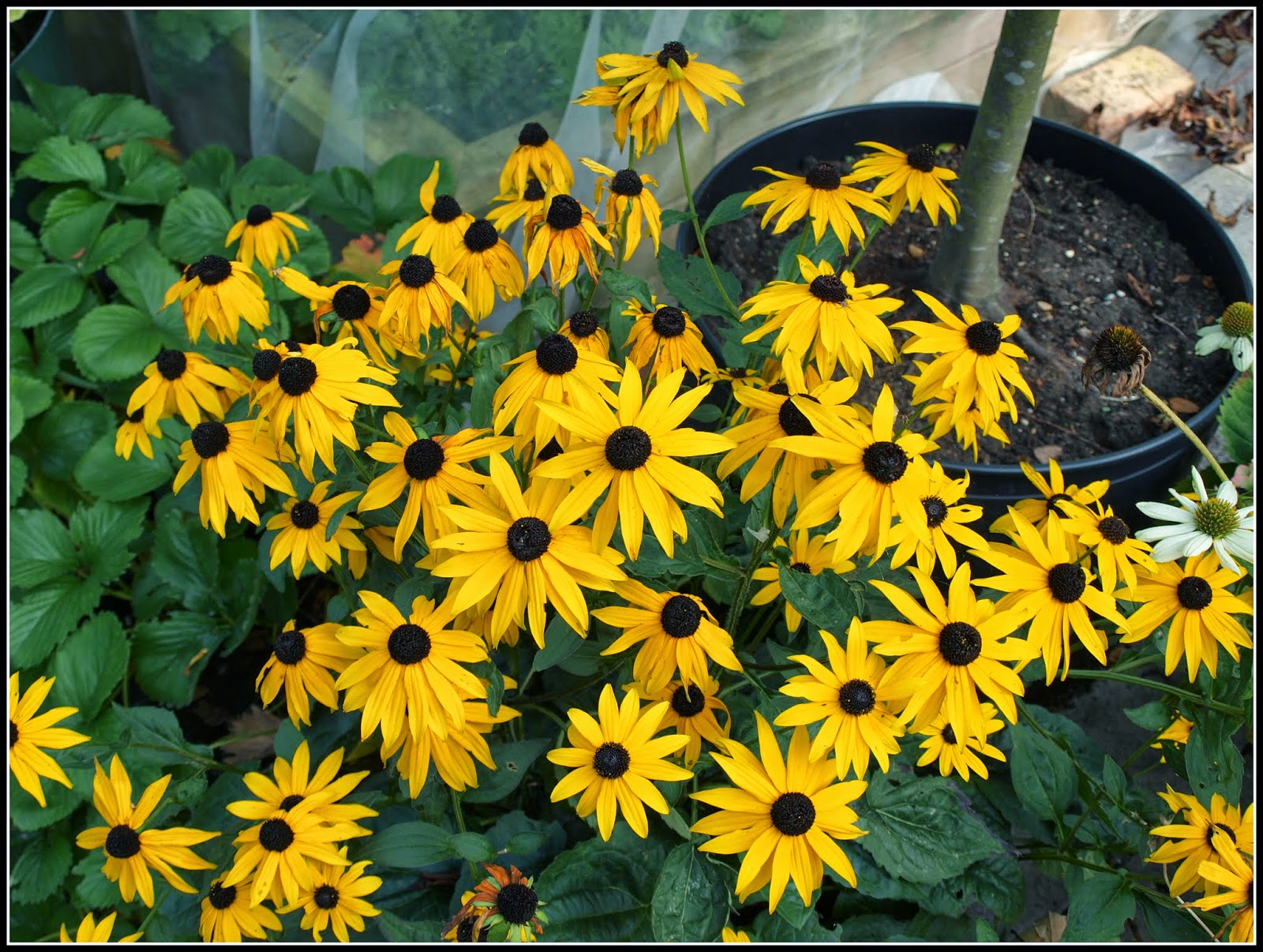 Its flowers must win the prize for longevity. With other plants you seem to spend most of your time dead-heading, but the individual Rudbeckia flowers last literally for weeks. Up till now I don't think I have cut off one single flower. Maybe I should now, though I am reluctant to do so. 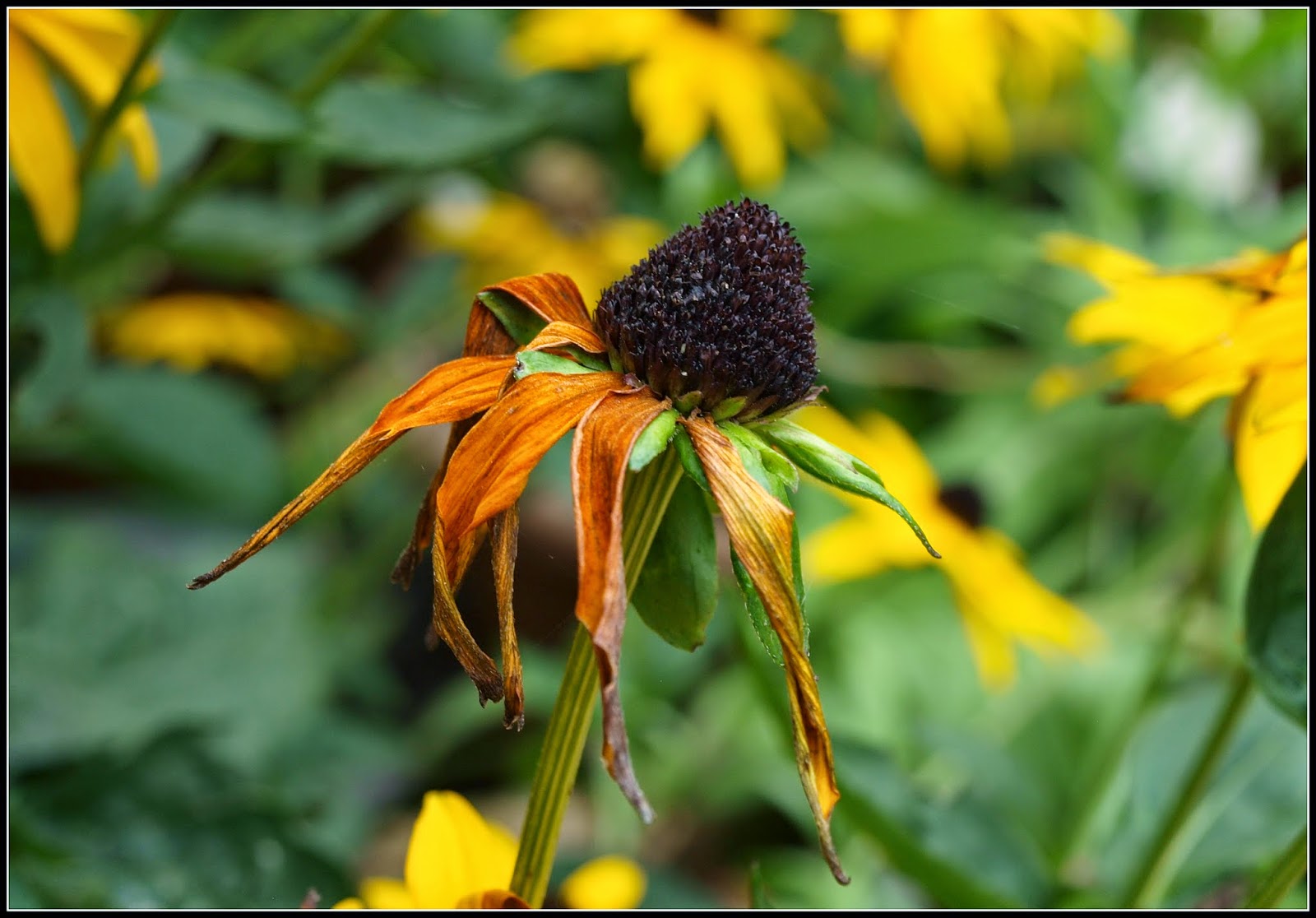 Look how one single petal of this faded bloom is held erect by the gossamer thread of a spider's web: Maybe this is the owner of that web? 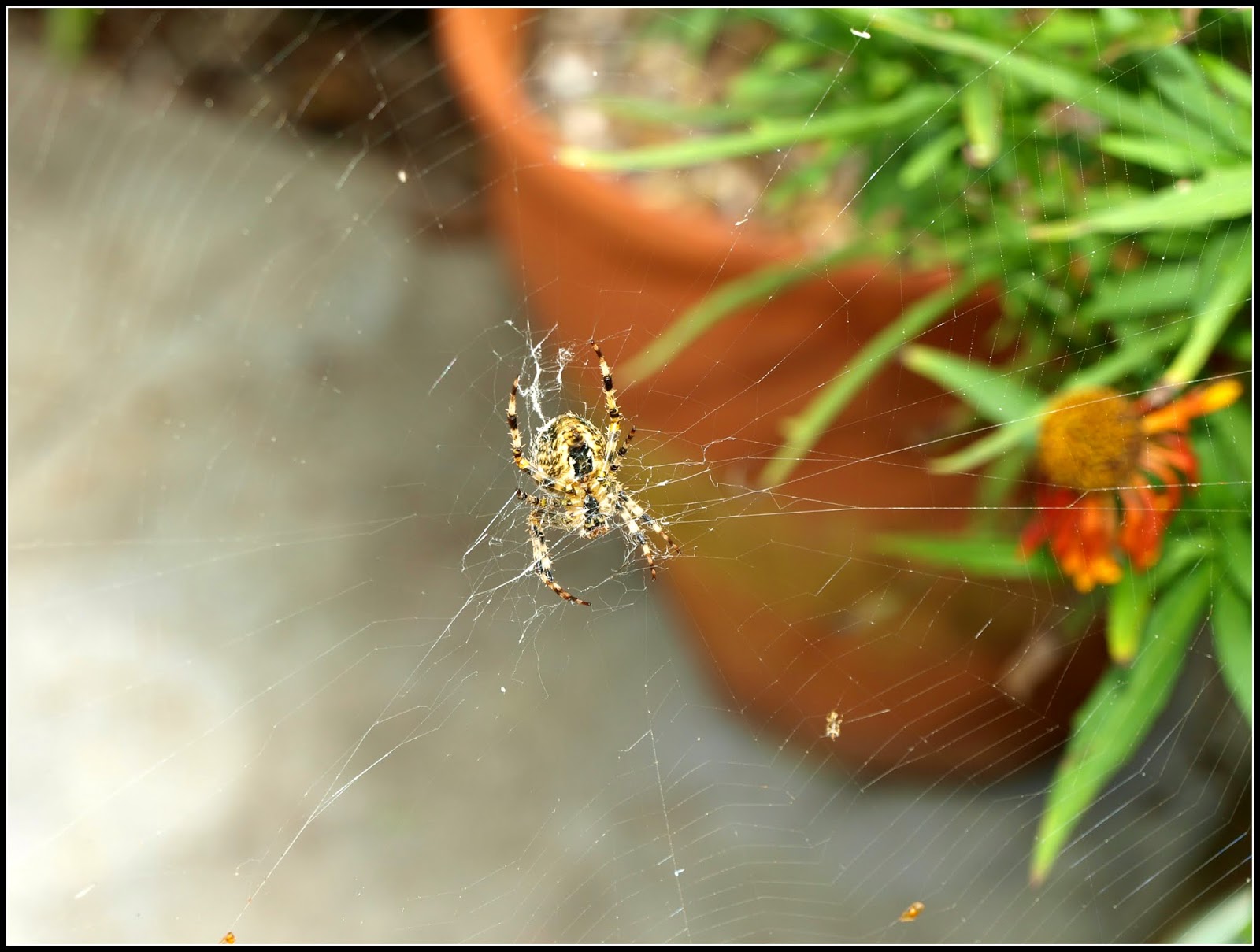 Here are some other flowers whose moment has passed...

The Gaillardia has flowered a lot later this year than last, and it still has some nice blooms:


The flowers on this plant have widely-variable amounts of red and yellow. This one is on the same plant as the one above.


Dead-heading this Scabious "Chile Black" has proved to be a fairly onerous task, since the plant has produced literally hundreds of flowers.


The Hydrangea meanwhile, requires a very different approach. I am following the received wisdom that Hydrangea flowers are best left on the plant over Winter to help with frost protection, and only removed in the following Spring.


The "Bishop of Llandaff" Dahlia that I bought earlier this year has lived up to expectations, giving me a seemingly never-ending succession of dramatic red flowers, which contrast nicely with the black stems and leaves. 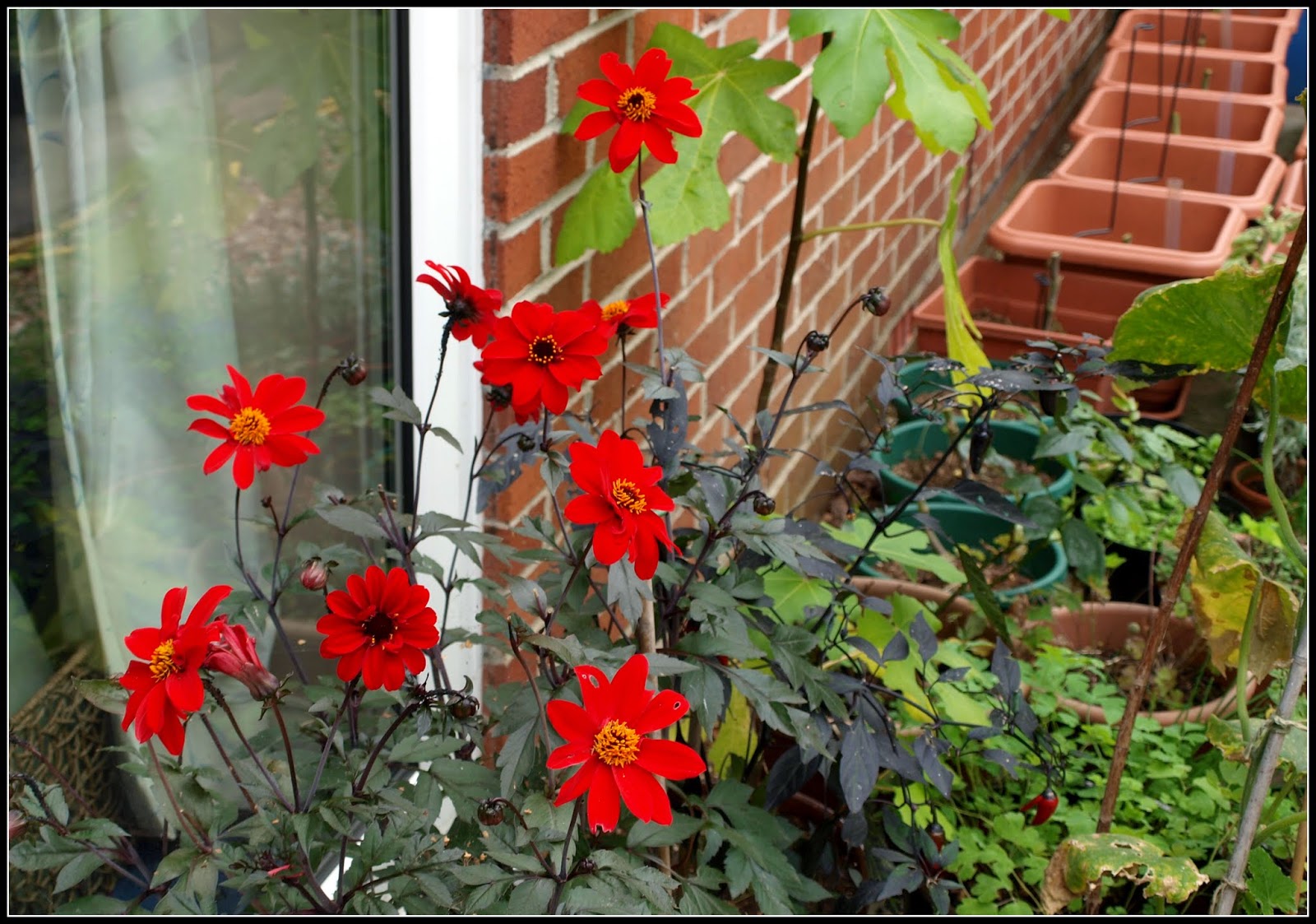 The overall effect is good, but some of the flowers are looking a bit "moth-eaten": So, as you can see, there is plenty of interest in the garden still, and it will be a few weeks yet before I have to cut down all the perennials and put them to bed for the Winter. I'm putting the task off for as long as possible!
Posted by Mark Willis at 12:00