Some of you will know that we recently spent a few days on holiday in the picturesque Cotswolds area of England. On one of our days there we visited Hidcote Manor Gardens - a National Trust property. We had actually been there once before, some years ago, but our visit had been rather brief because we were going somewhere else as well that day. This time Hidcote was our specific destination. 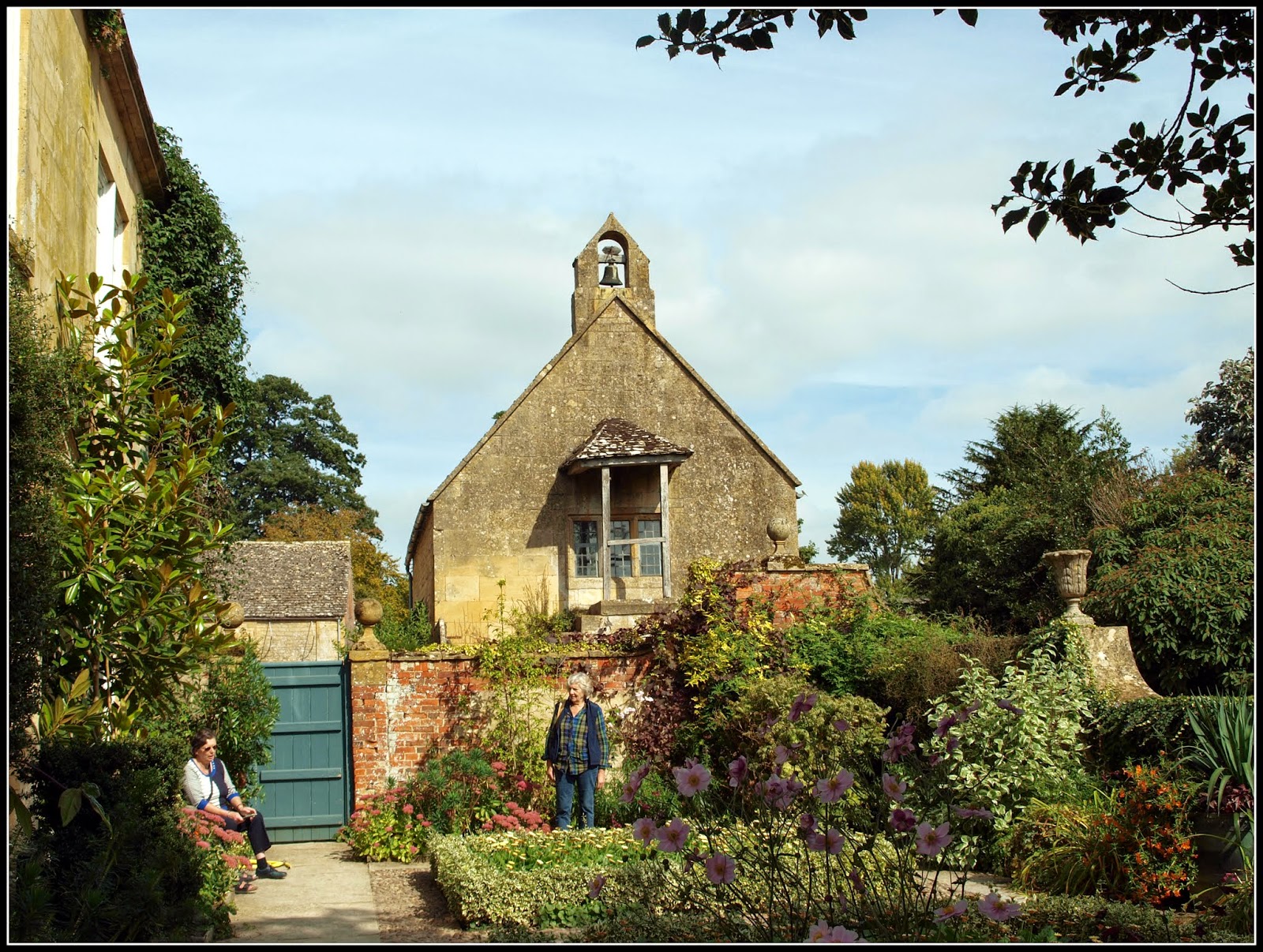 Hidcote describes itself as "the place where the National trust learnt to garden". It was established in 1907 by Major Lawrence Johnston, who spent the next 40-odd years scouring the world for plants with which to fill his expanding garden. 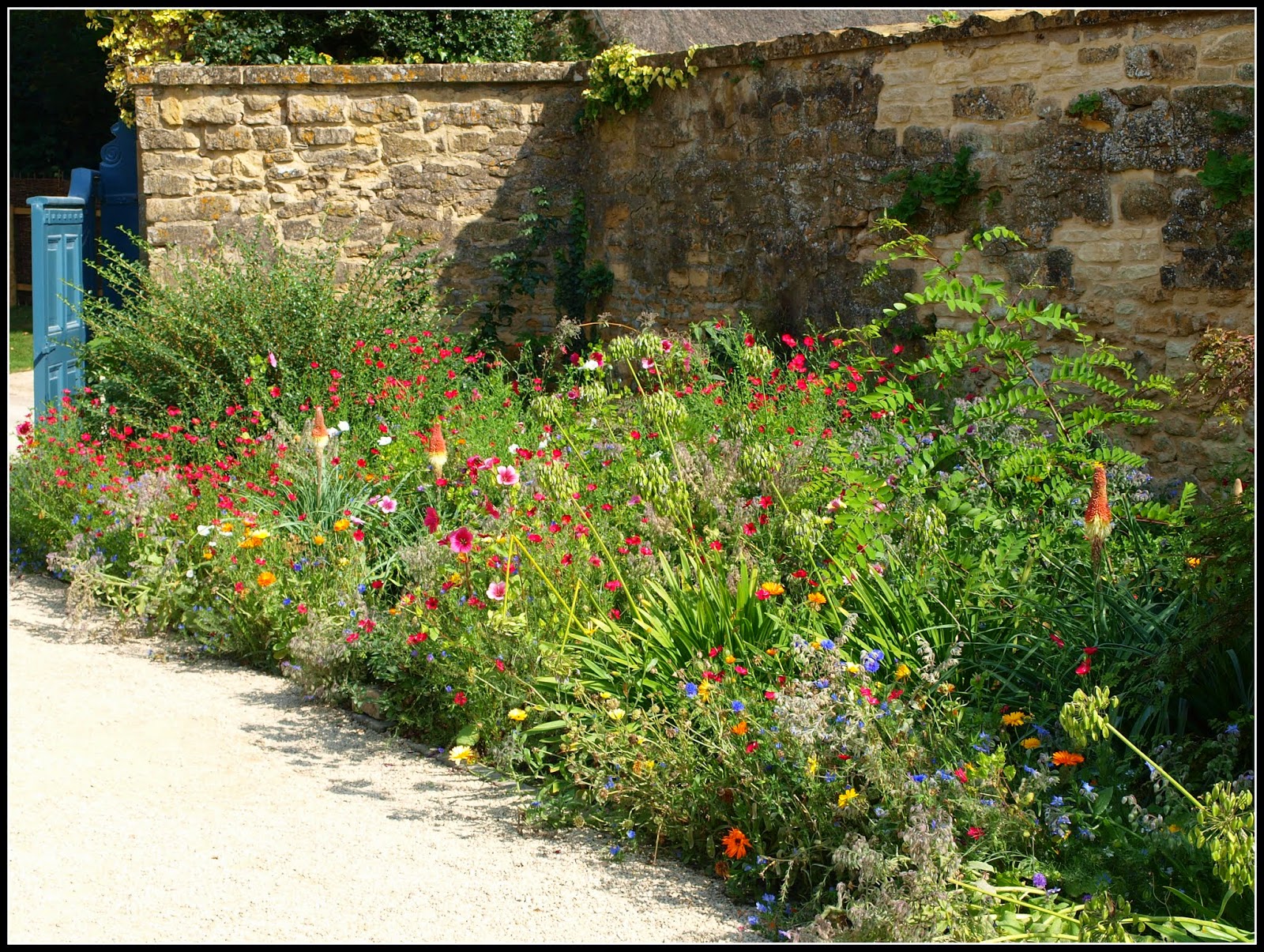 The most characteristic aspect of Hidcote is that the garden is sub-divided into a number of smaller sections, equivalent to "rooms", enabling many different design and planting themes to be explored. 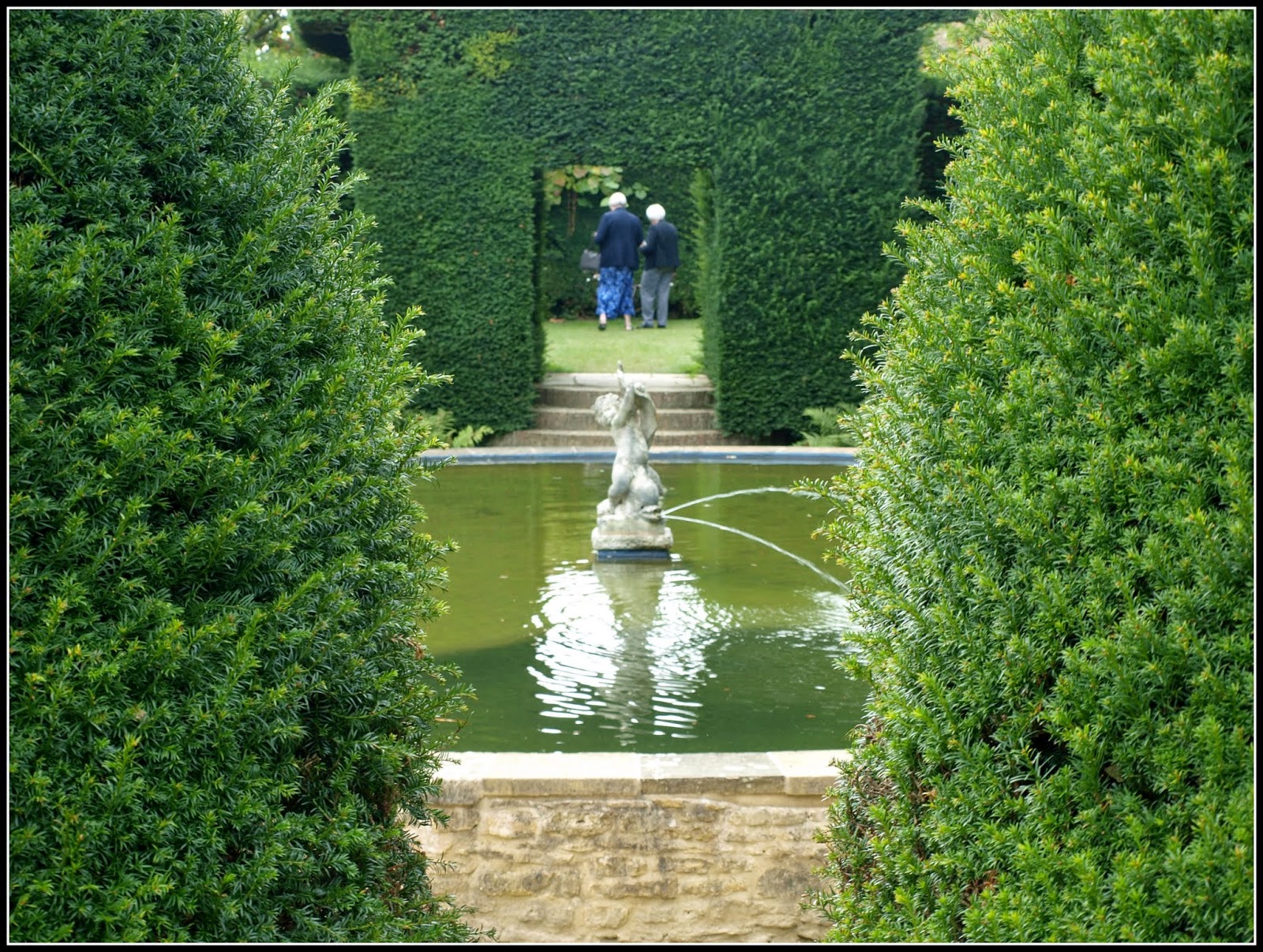 Johnston was an avid plant collector and travelled very extensively in search of new plants, as well as sponsoring plant-finding expeditions, and reputedly would only accept the best specimens. His garden contains an amazing array of plants - most of which are completely unknown to me! OK, there are plenty of the old favourites, like this Marigold: 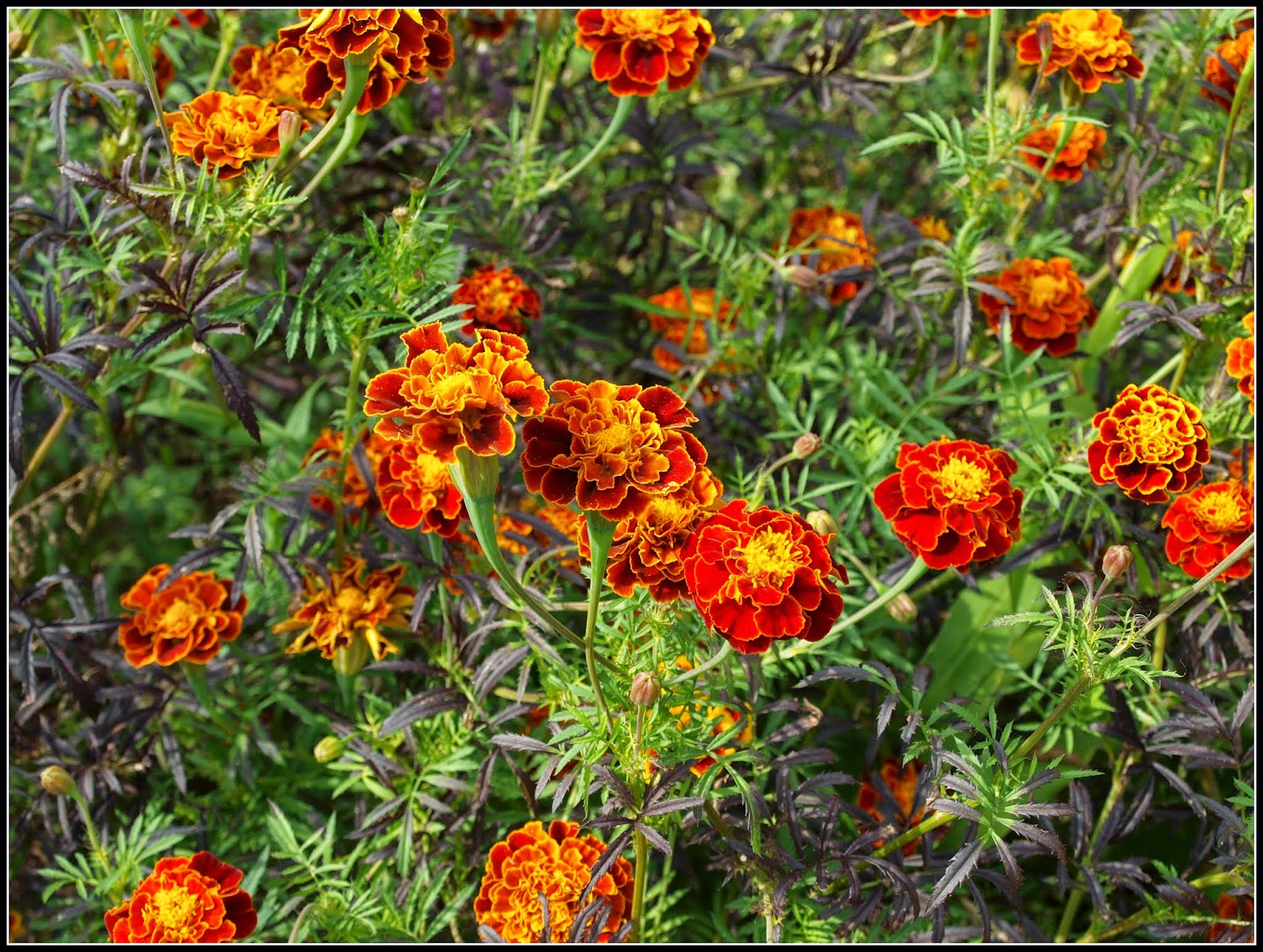 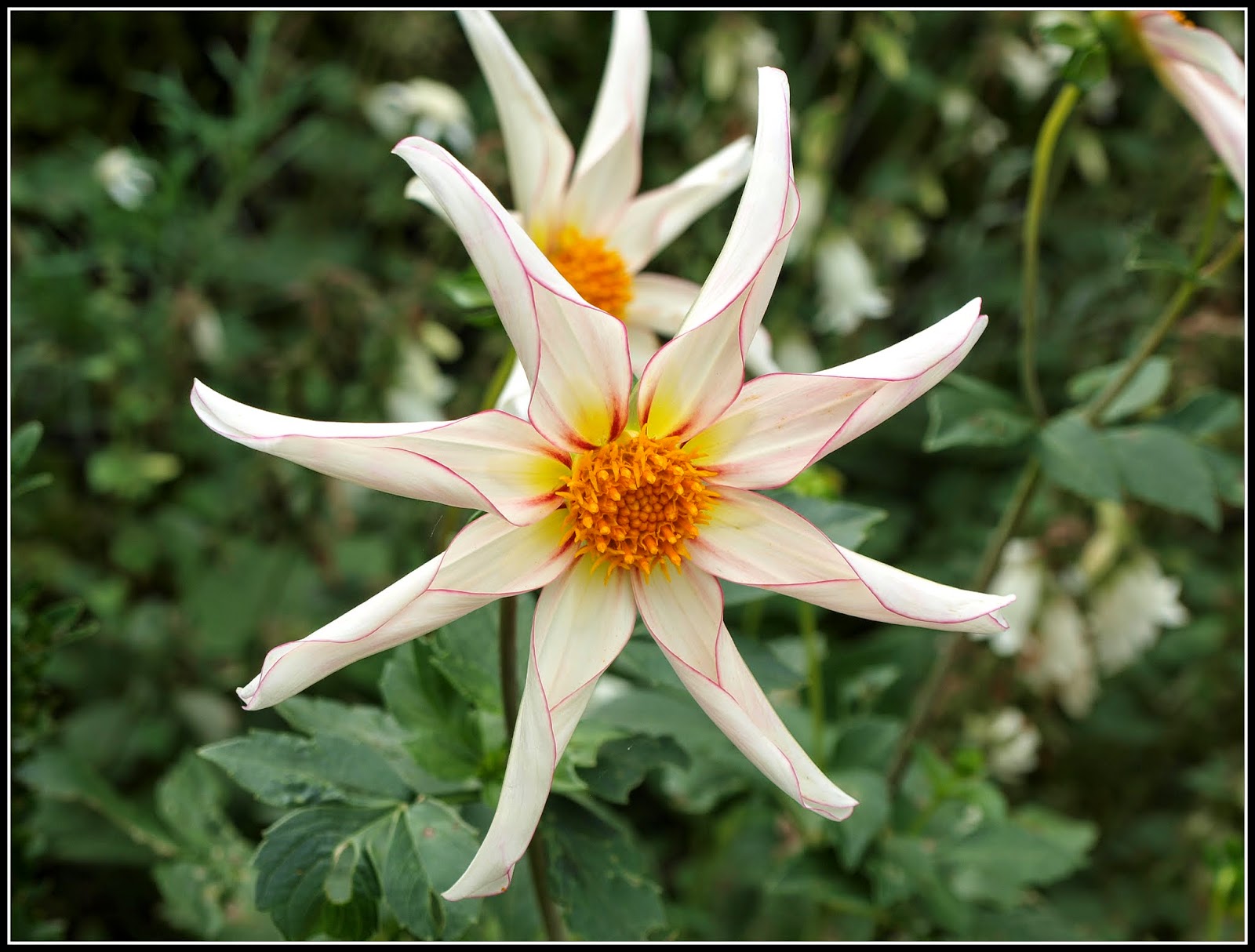 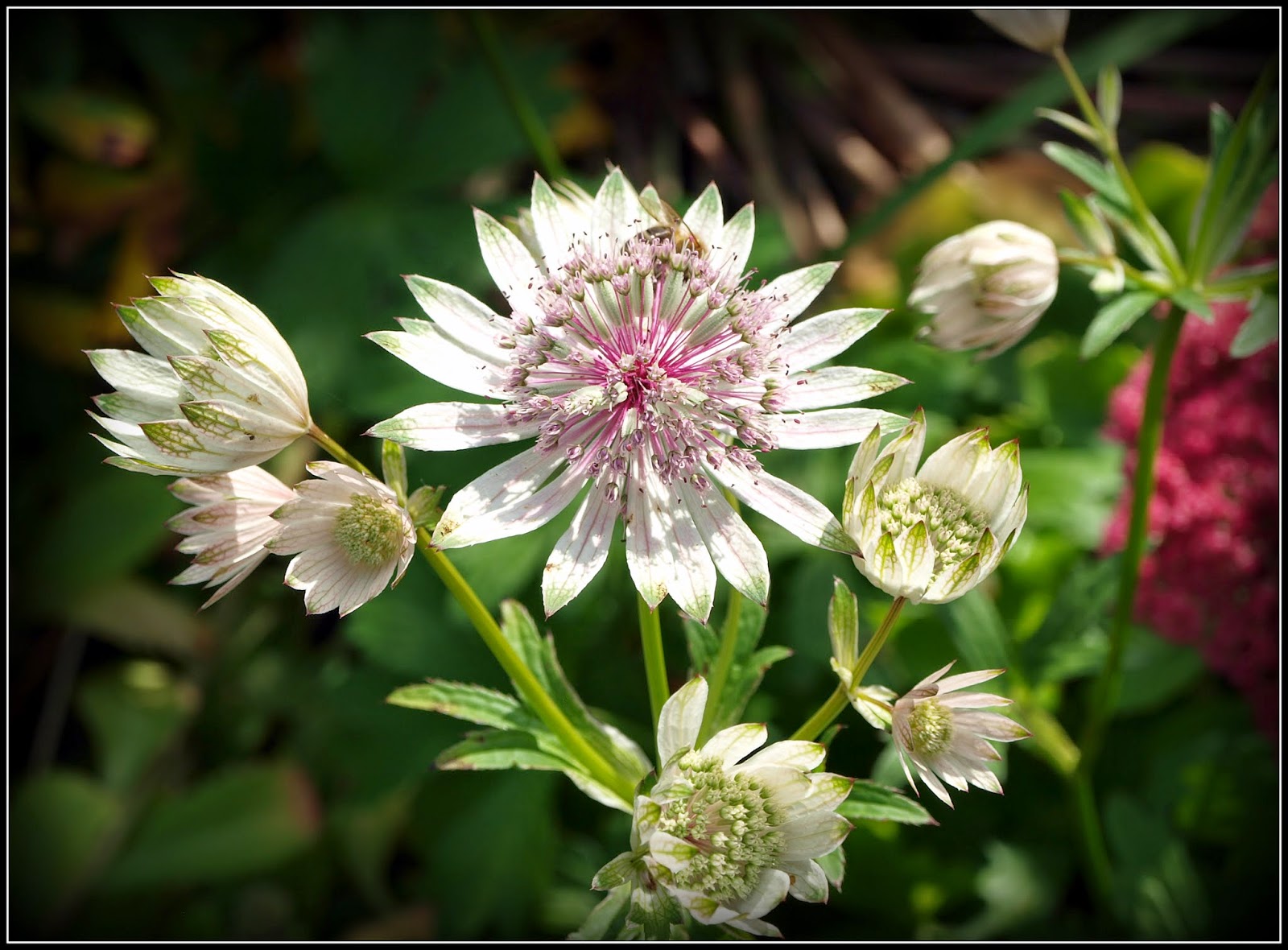 ...and some well-known but still exotic plants like this Protea from South Africa: 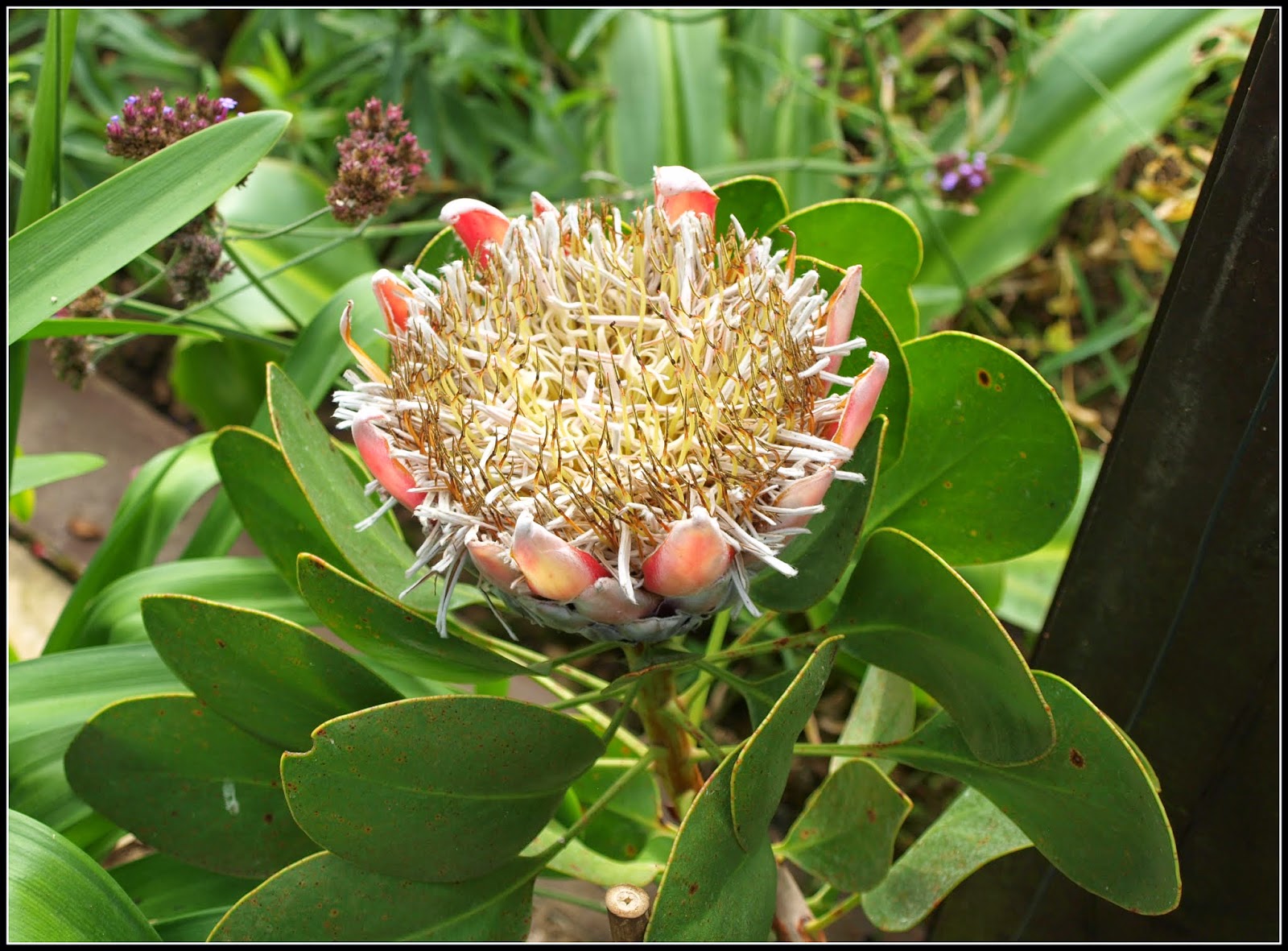 But what is this? 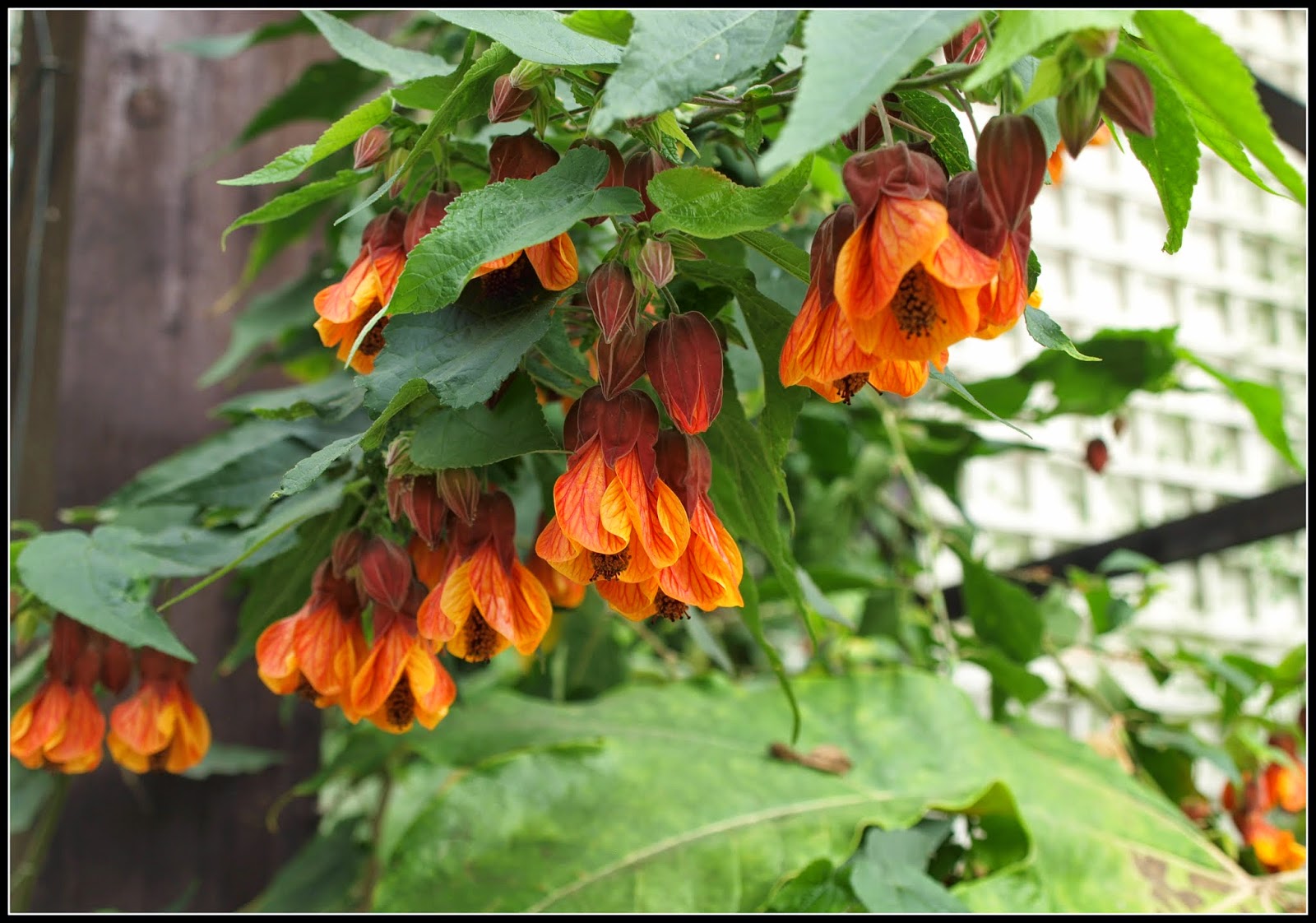 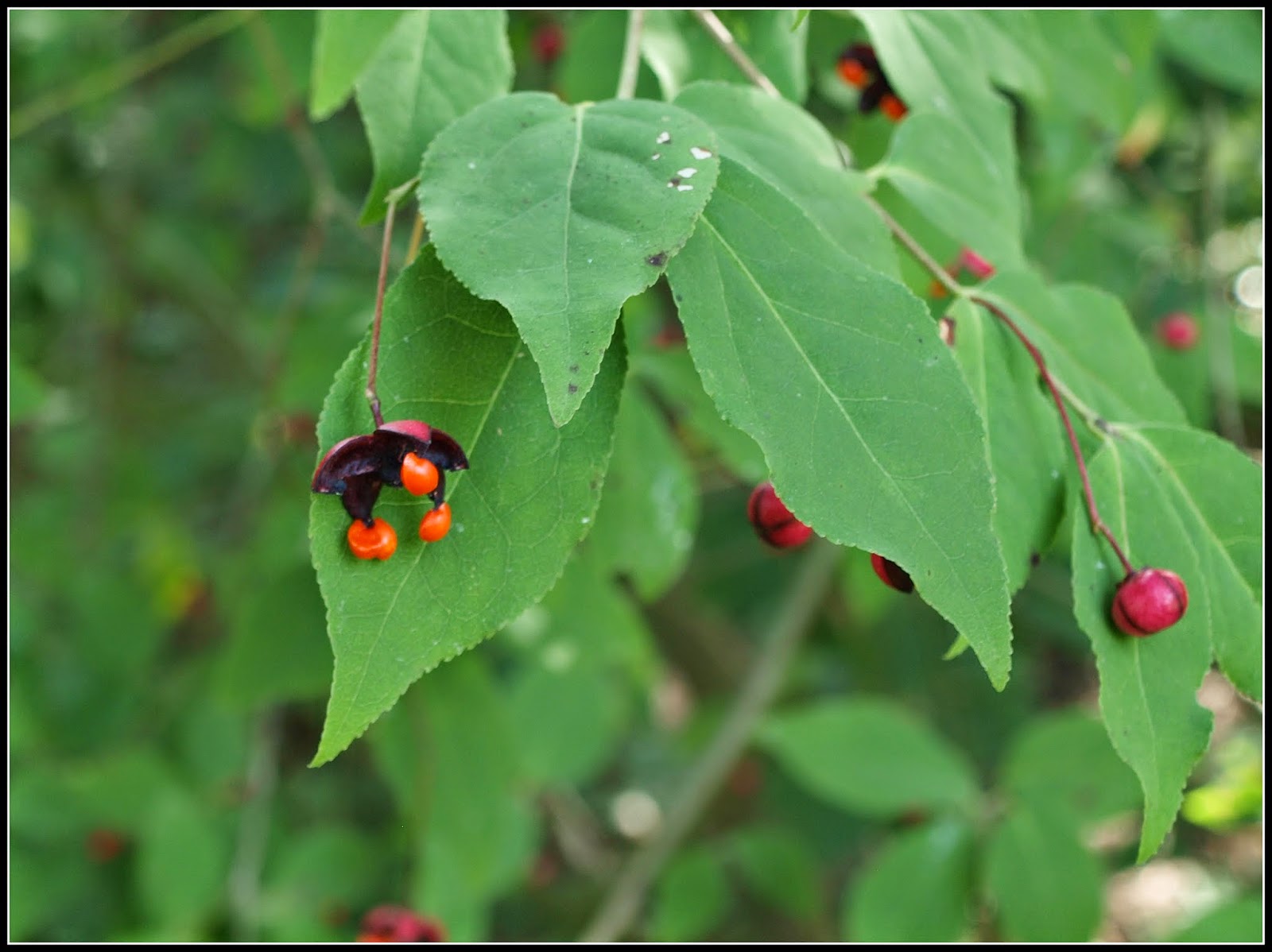 Apart from the plants, Hidcote has many other features to attract the visitor. For instance you can see Lawrence Johnston's potting shed: 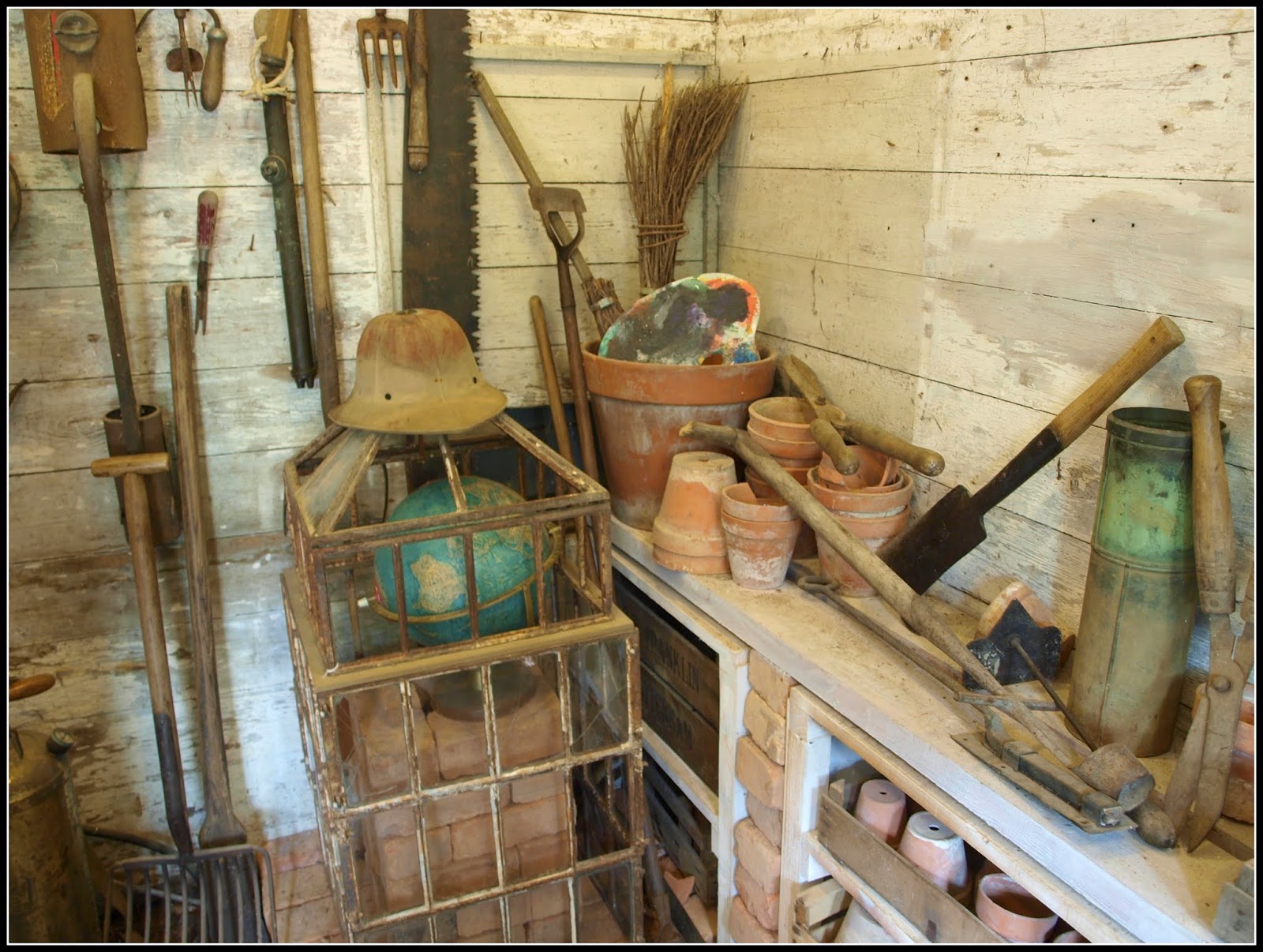 Can you see the Solar Topee helmet posed above the globe, rather cheesily symbolising his travels around the world?

At present the gardens are featuring an exhibition of modern sculpture, whose elements are liberally scattered throughout the gardens. I'm generally not very keen on sculpture or garden ornaments, and today I passed quickly by some of the more abstract offerings, but I did like some the animal-themed ones, such as this cute little piggy (labelled "Sitting Pretty"): 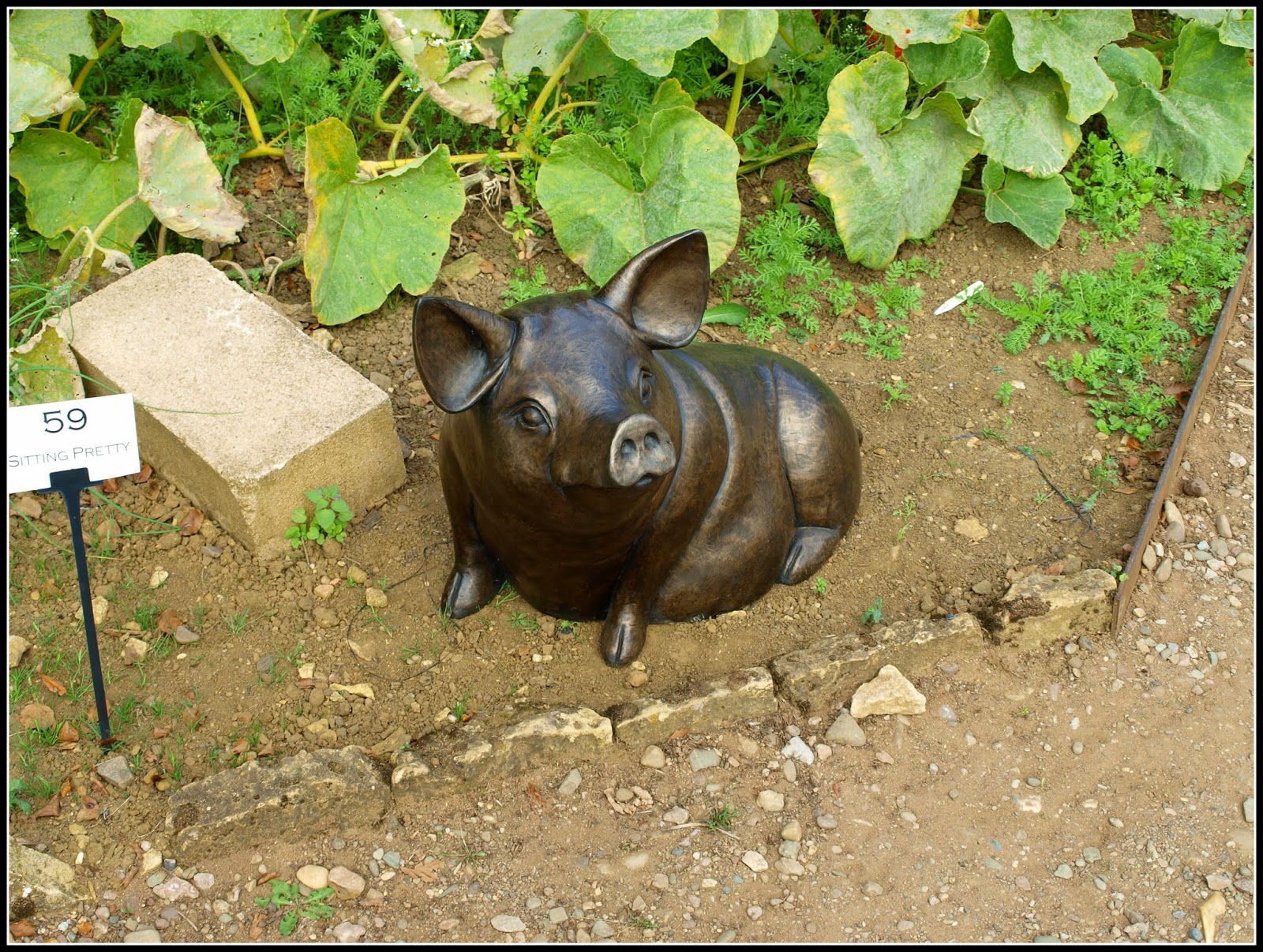 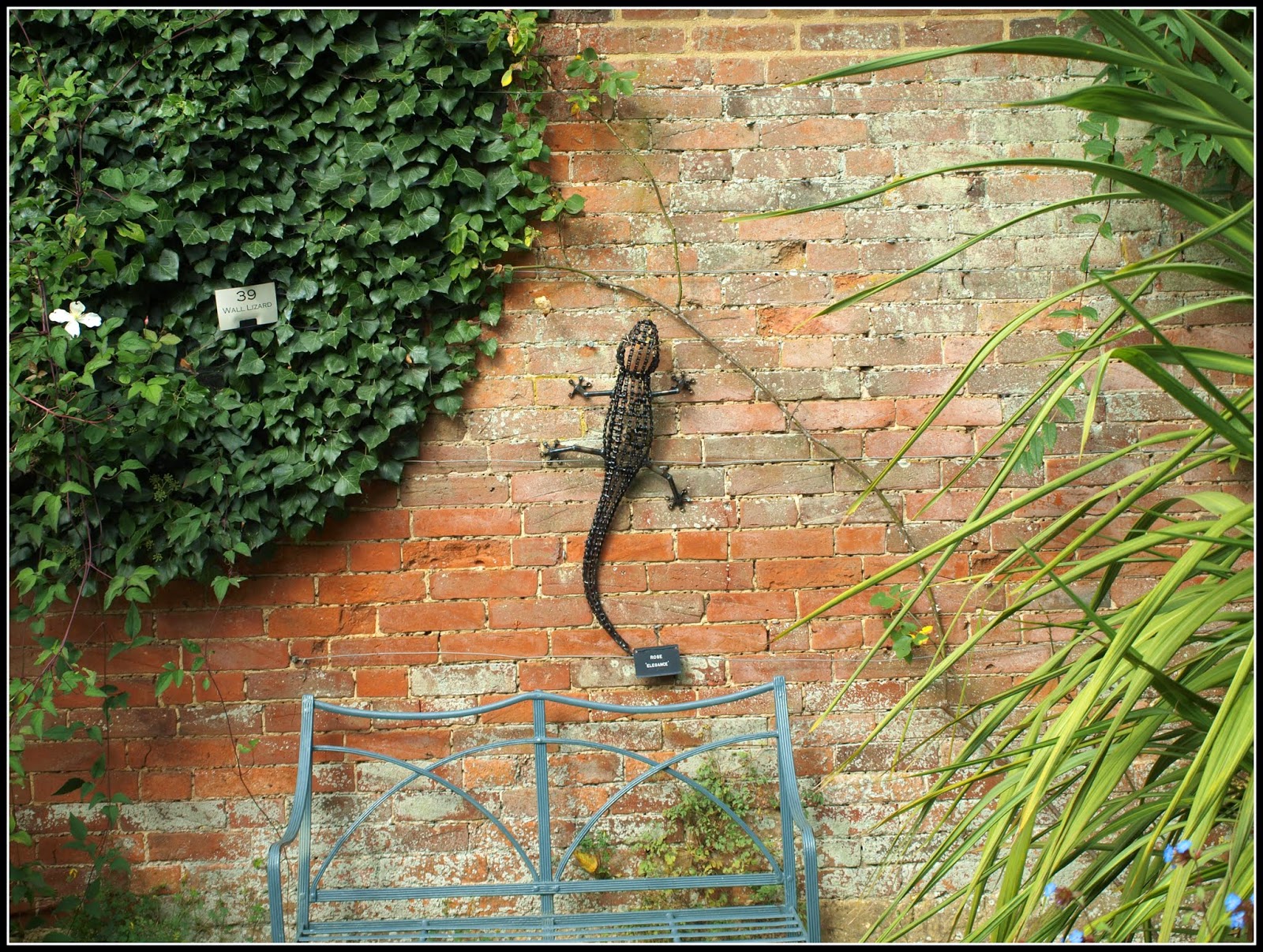 And this enormous though rather sinister Dragonfly: 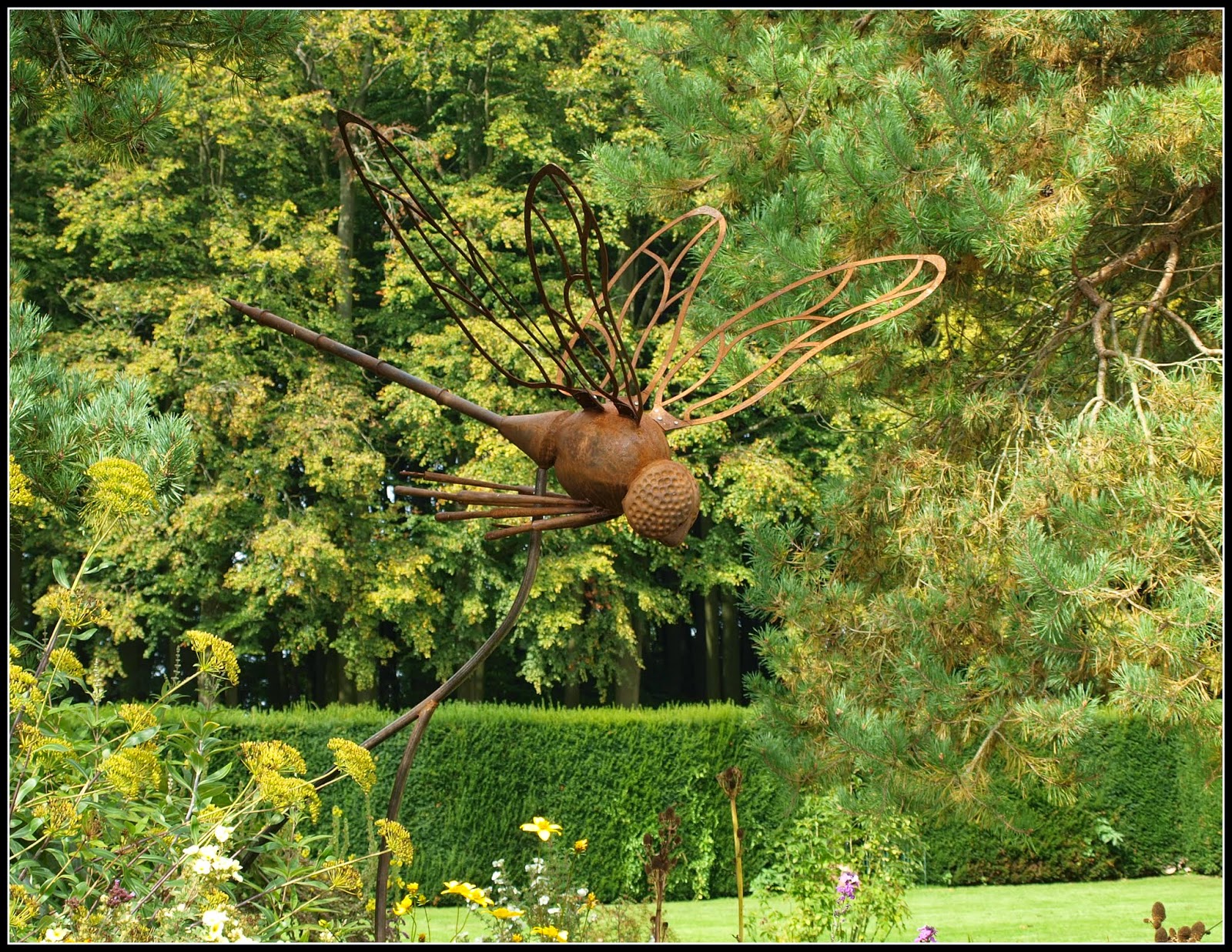 Talking of sinister, what do you think of this "Velociraptor", evidently made from old car parts? 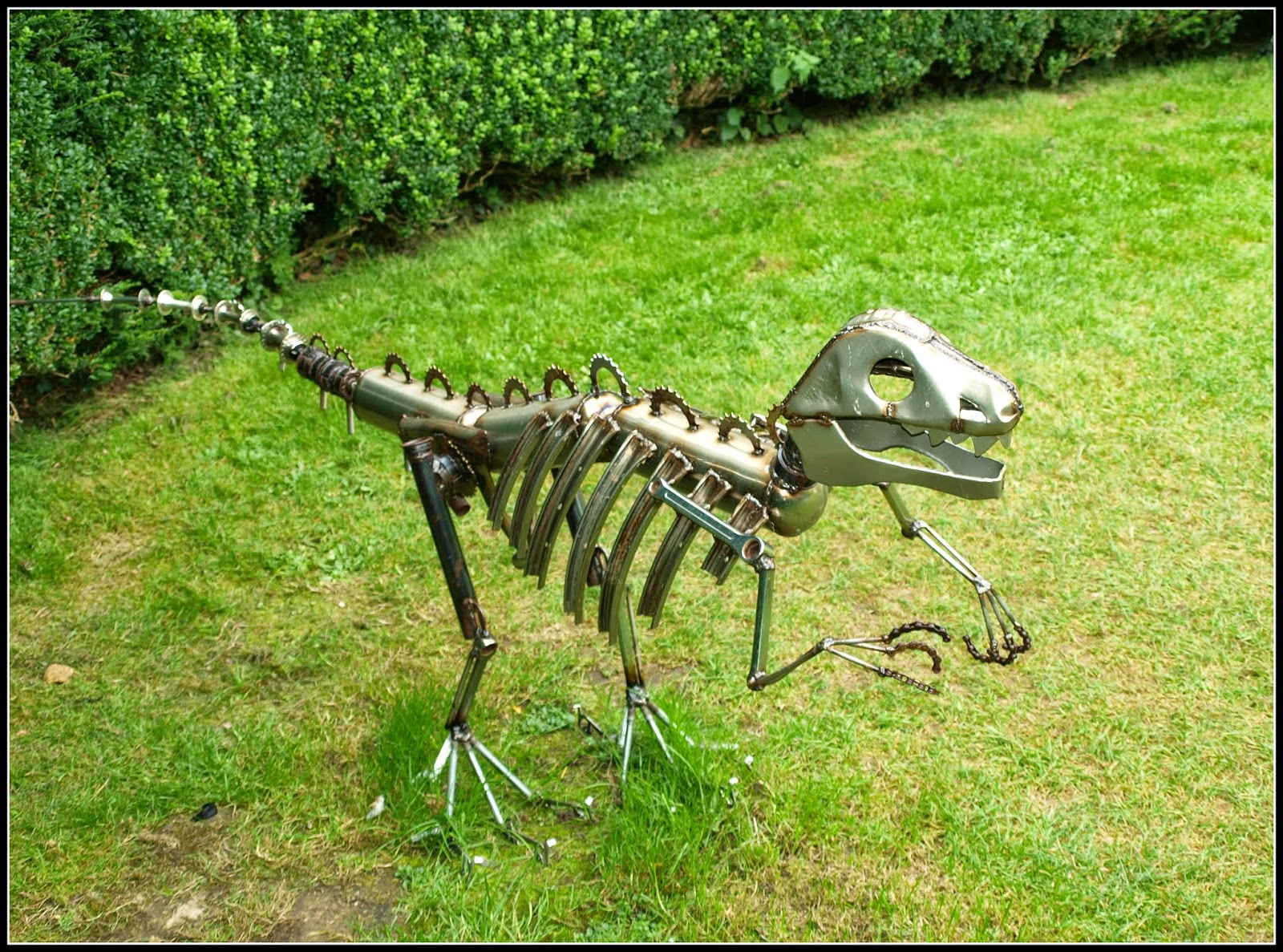 Another part of the property which I was particularly interested to see was the Vegetable Garden. This is a real vegetable garden (some of its produce is used in the property's café, and some of it is offered for sale to visitors), not an ornamental one. Here we see a fine patch of Cavolo Nero: 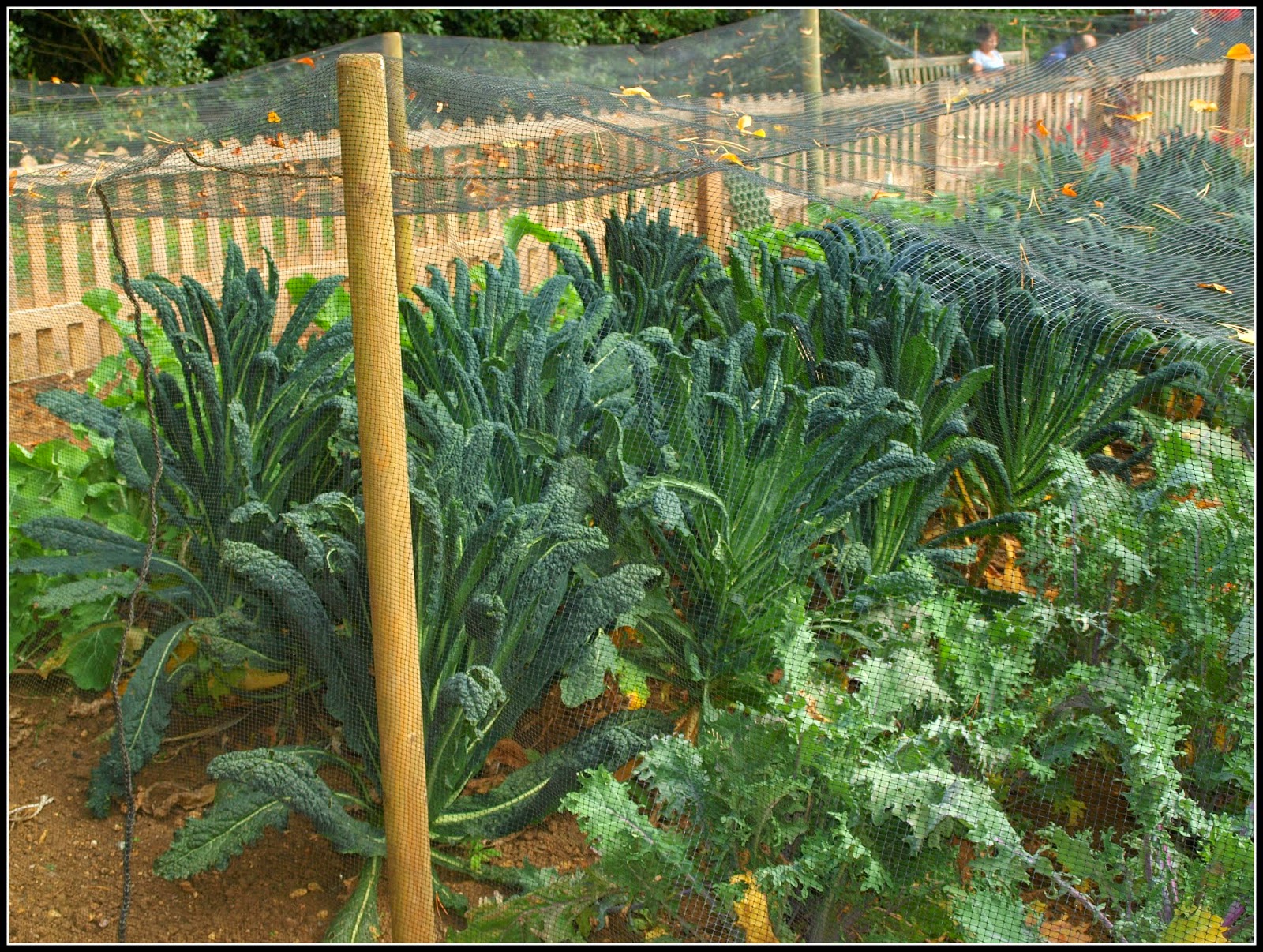 When you see this massive array of Leeks you probably won't be surprised to hear that "Leek and Cheese Macaroni" is one of the Specials on the café menu at present... 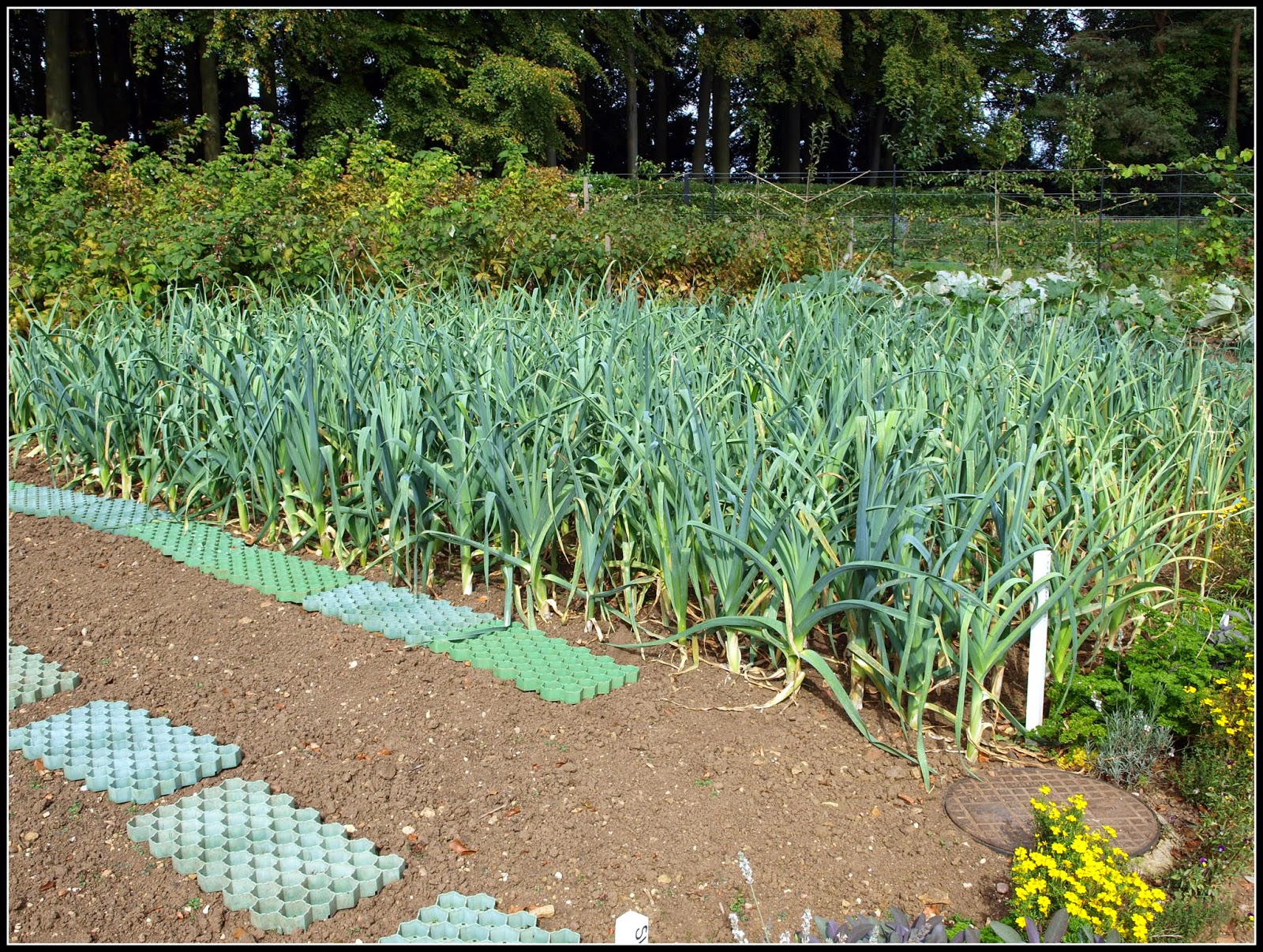 Behind the leeks visible in my photo were many more leeks at various stages of development, so "Leek and Cheese Macaroni" may well be a feature of that menu for some months to come!

Here is one of several "Bug Hotels", providing interesting nesting-places for beneficial insects: 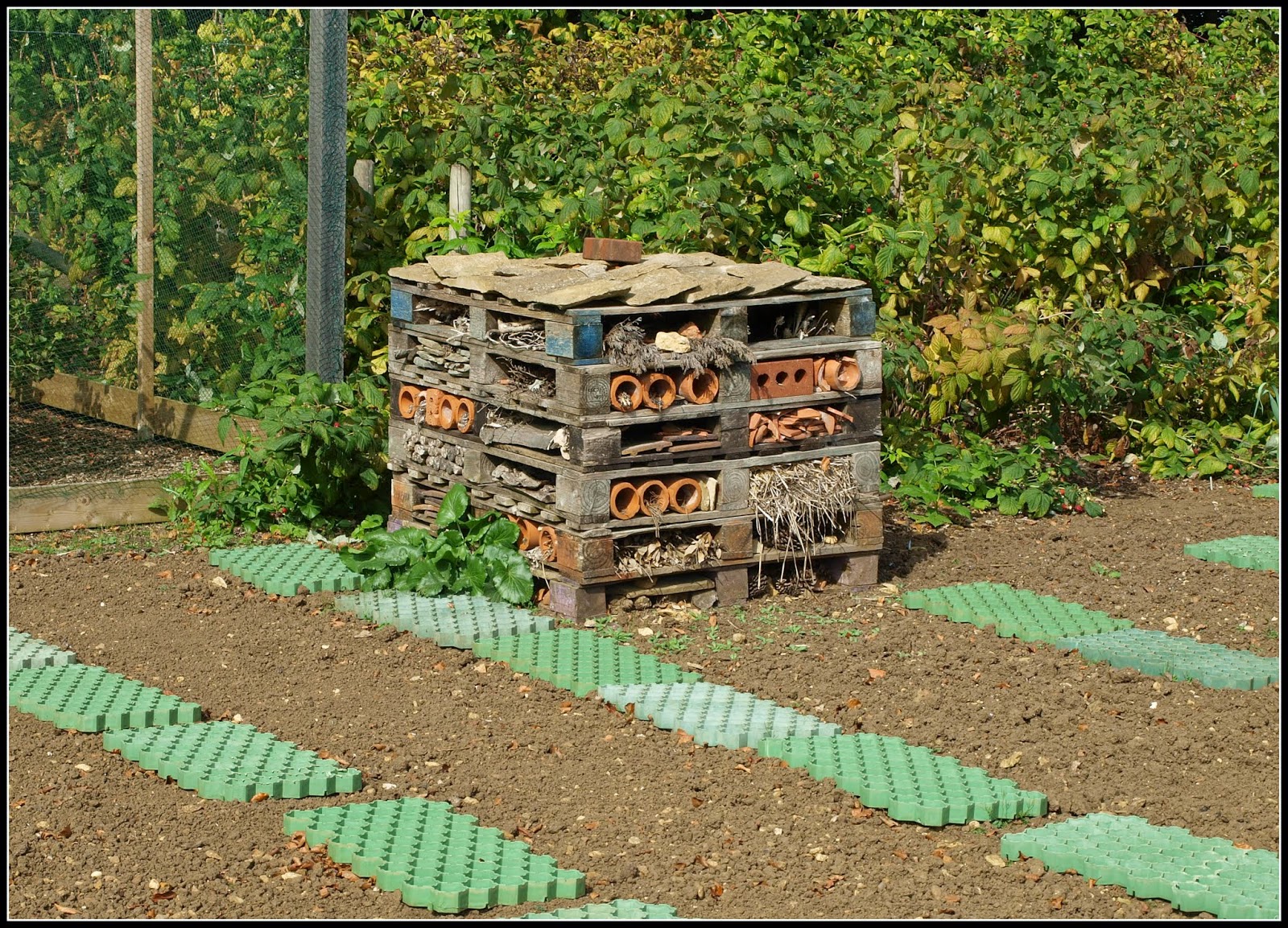 To be honest, the flowers on display at Hidcote at this time were not the main event - many of them were definitely past their prime - but Autumn has much more to offer than flowers, and sometimes the colours of Autumn leaves can out-shine them: 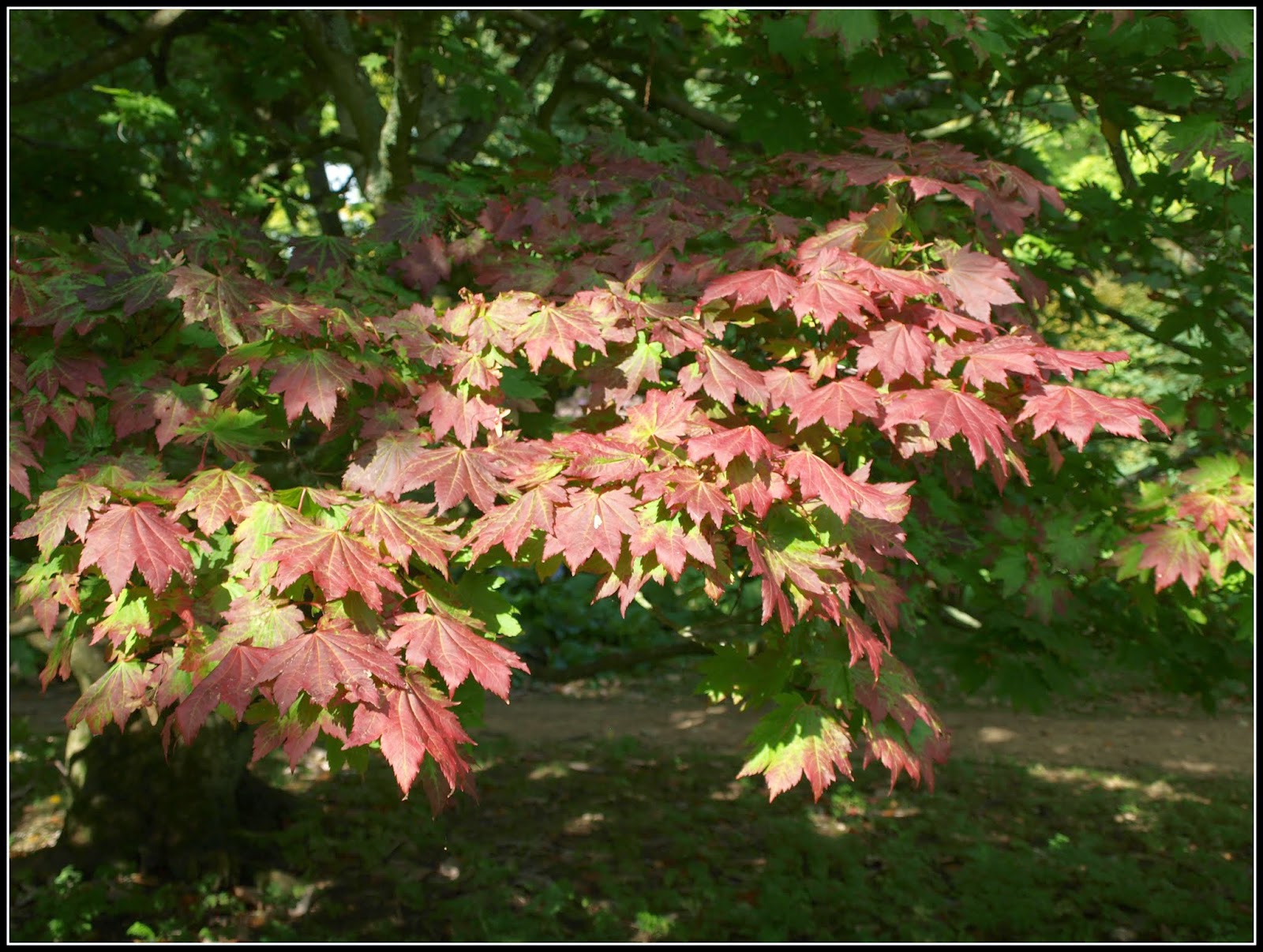 Should it be of interest to any readers, let me end by saying that we had a very nice lunch in one of the property's two cafes, and also a browse around the extensive Plant Sales area (though on this occasion nothing took my fancy, so I didn't make any purchases). A visit to this place is strongly recommended for any keen gardener, though please note that access for disabled or less mobile people is evidently a bit of a challenge!
Posted by Mark Willis at 12:00