Over the last few days we have had some very typical English Autumn weather: chilly, misty mornings followed by bright (occasionally hot) afternoons. One day we had some heavy rain in the evening, and this brought the spiders out "en masse". First thing next morning the garden was absolutely covered with cobwebs. 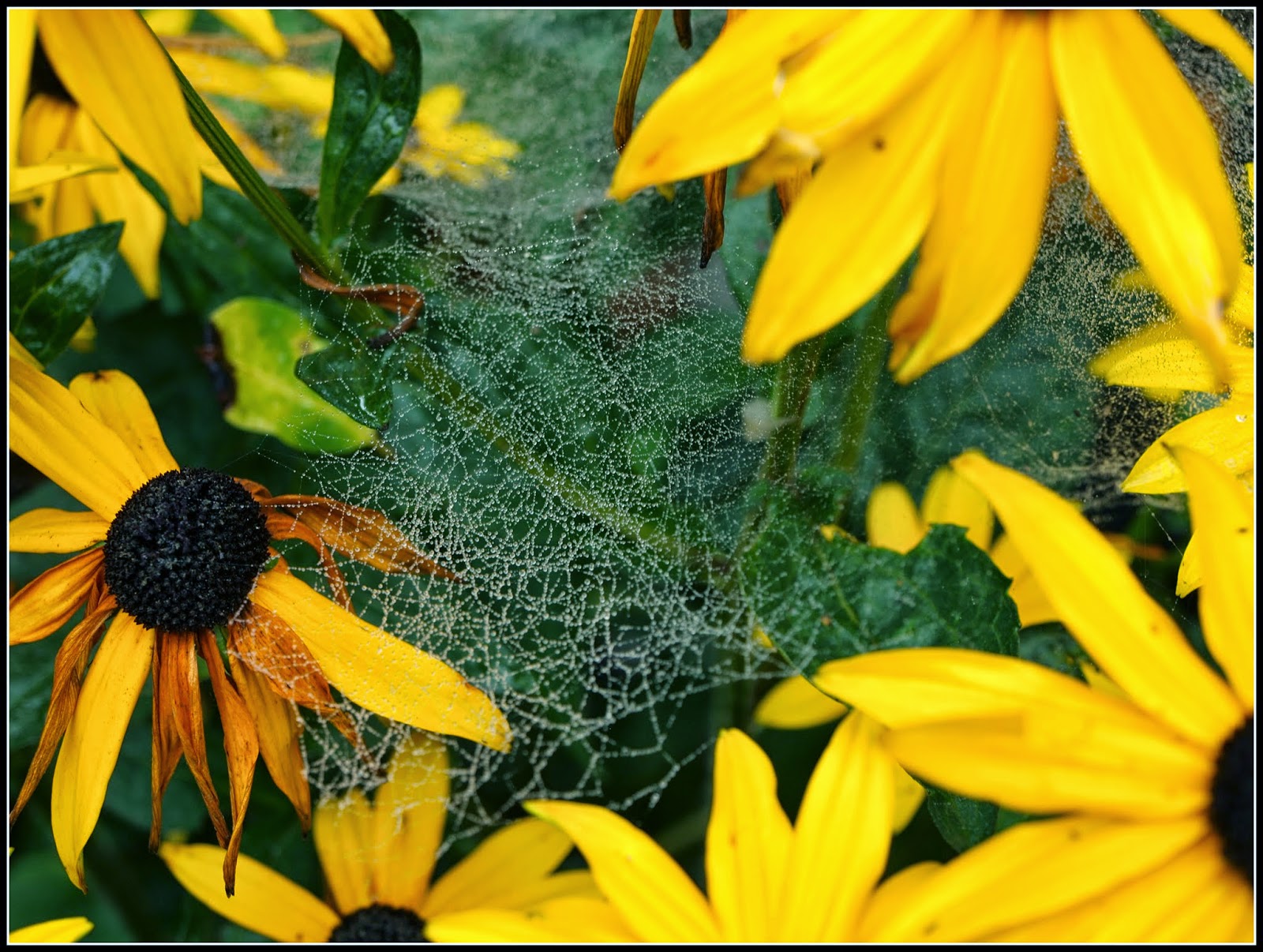 Trees, shrubs, flowers, herbs: they were all draped in feathery festoons of spider-web, glistening with dew. 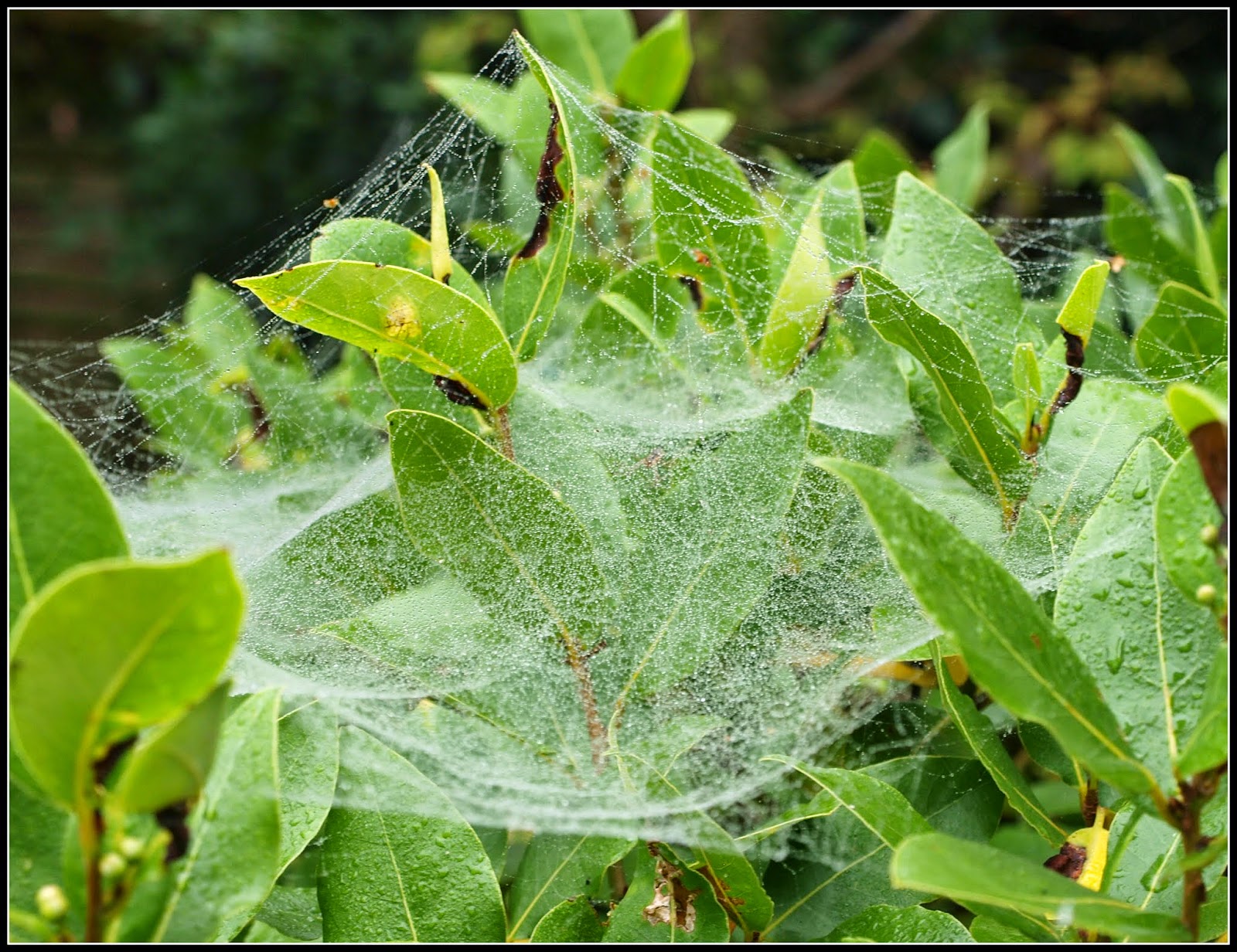 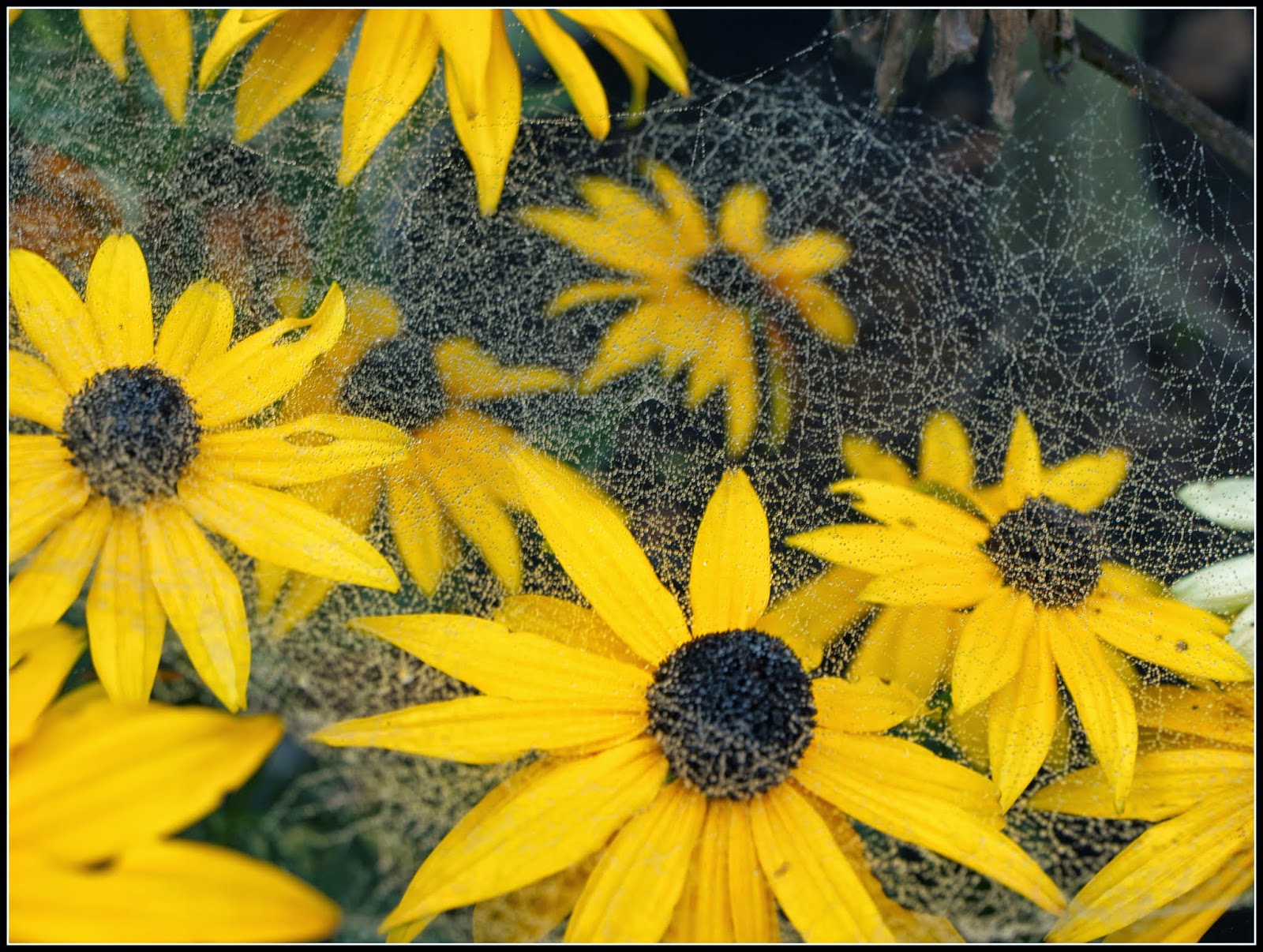 Some of the plants were so thickly covered that you could hardly see them. 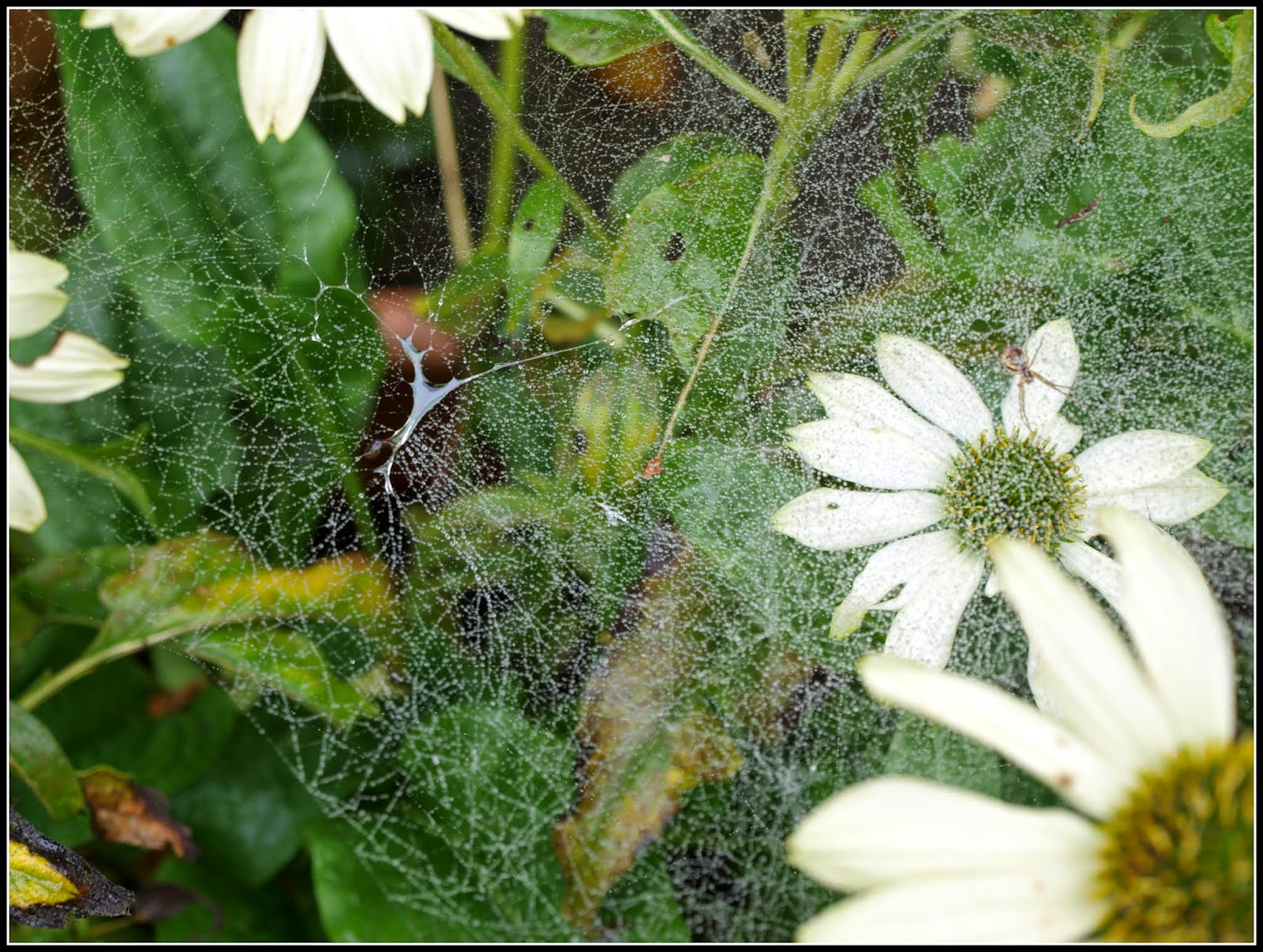 Here's one of the perpetrators - a Garden spider - one of many such individuals in the garden right now. 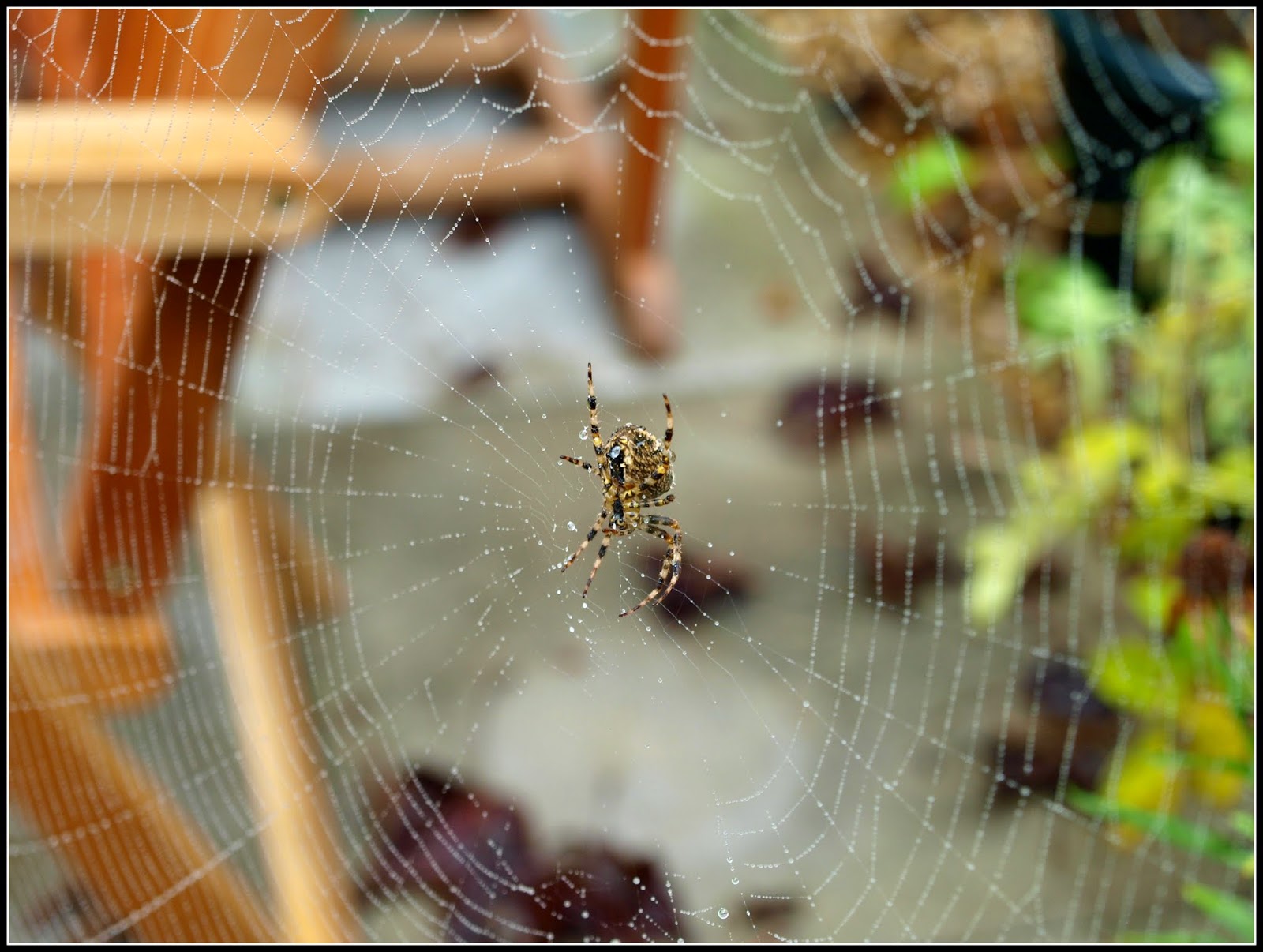 You have to admire their industriousness! Break one of their webs and they'll rebuild it by next morning. 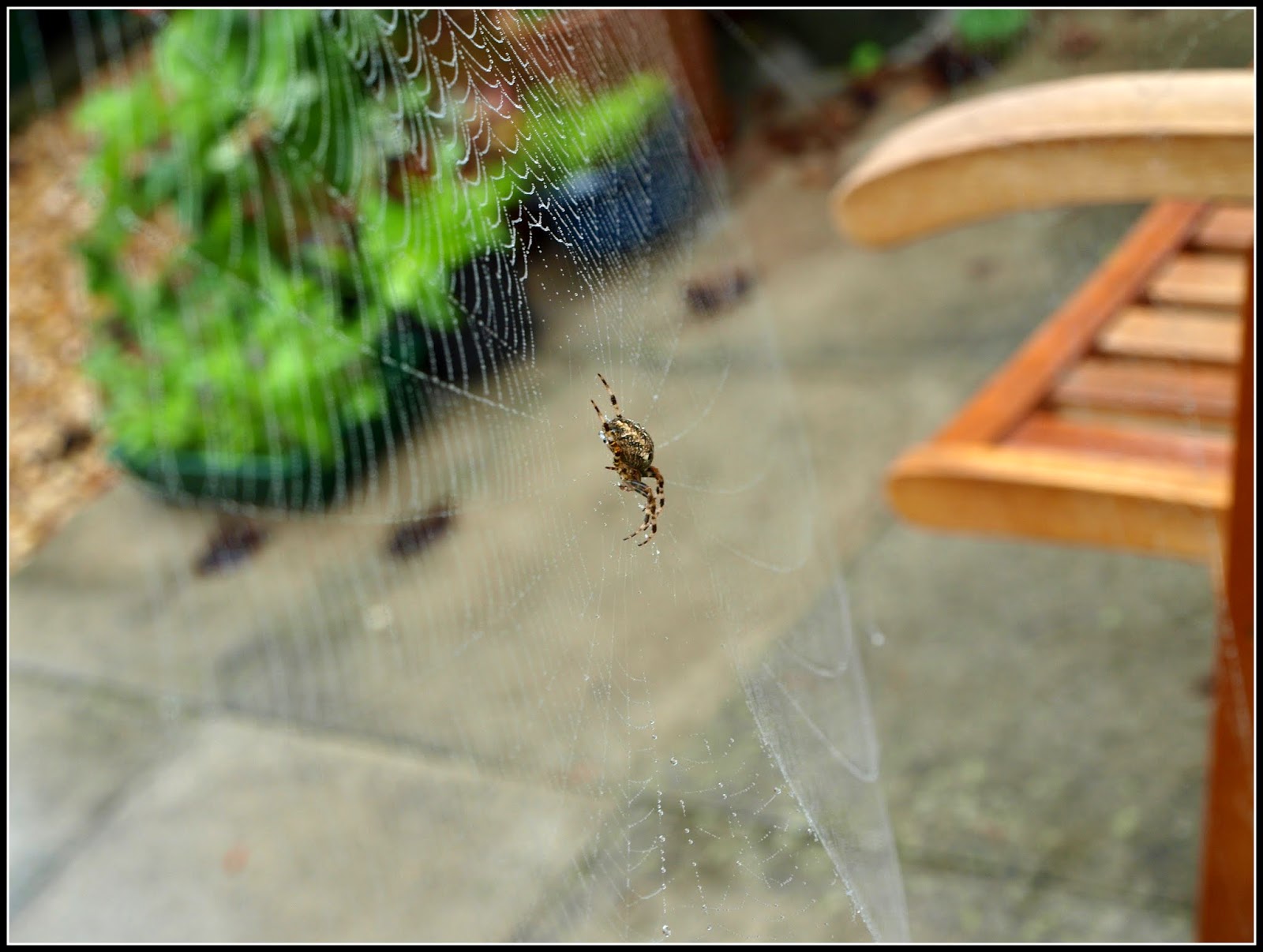 I think I would be very scared if I were a flying insect... 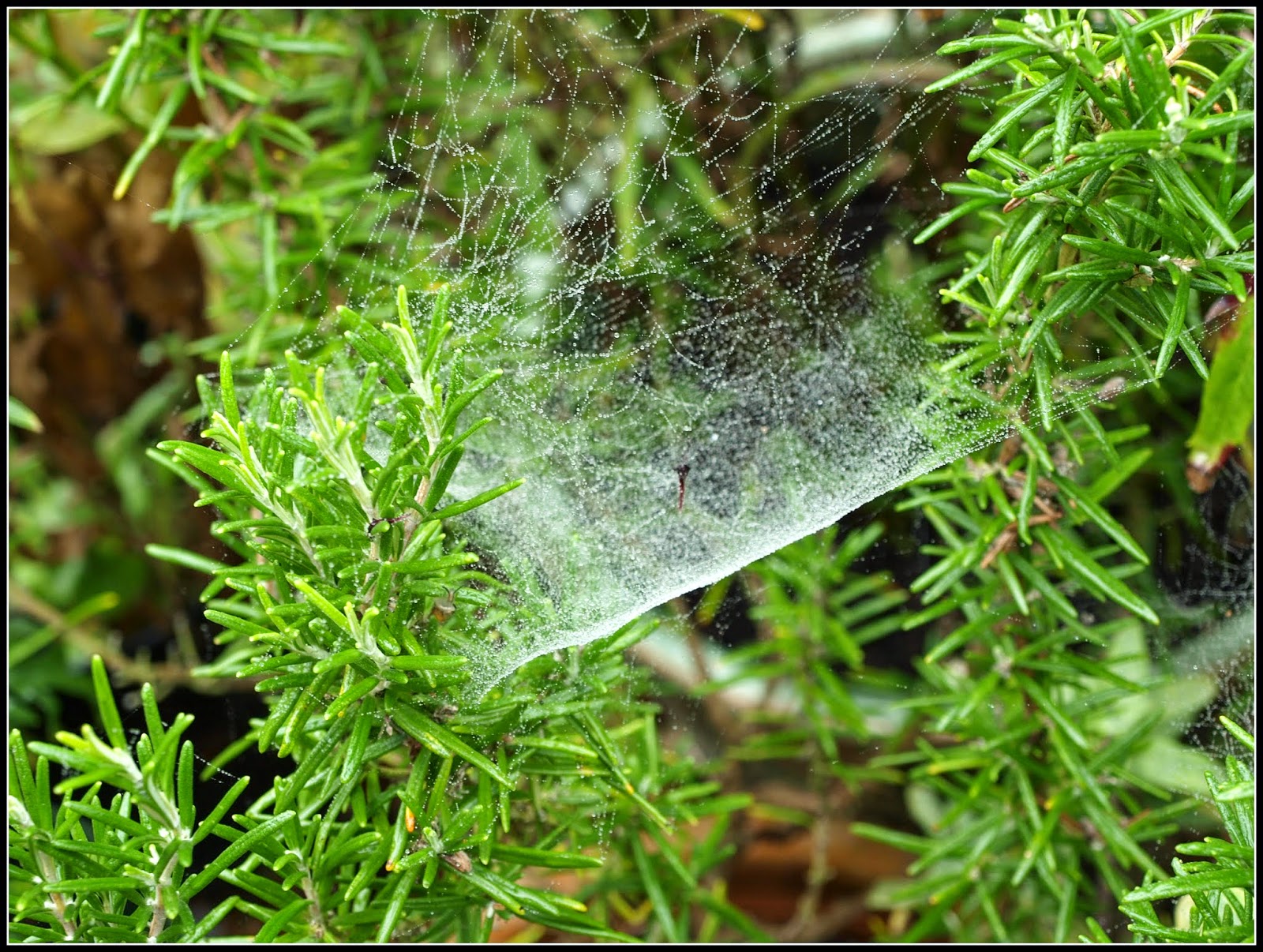 This may look like an enticing hammock, but it's a deadly trap for the unwary fly. 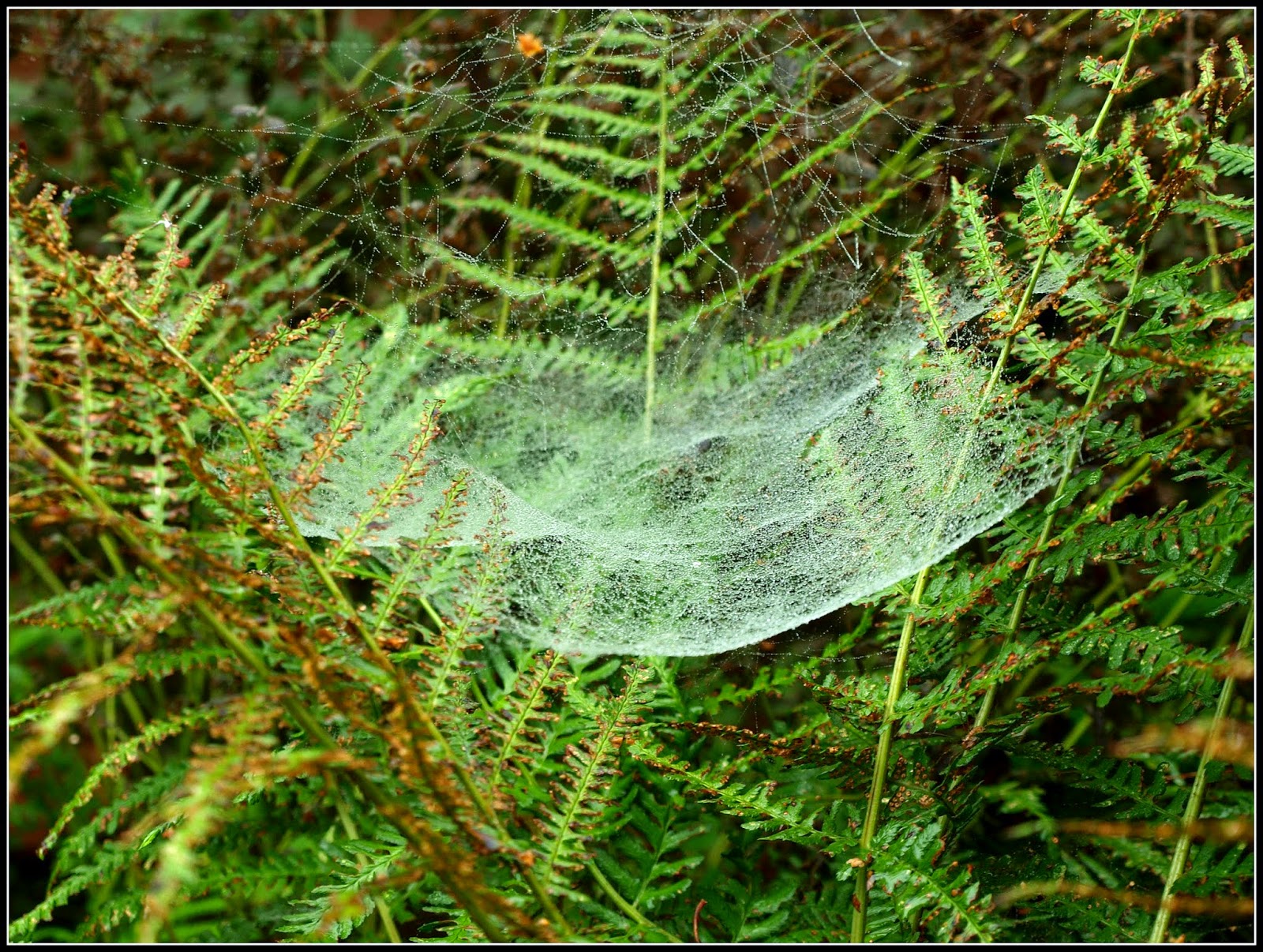 For me this is the epitome of Autumn: fallen leaves and cobwebs. 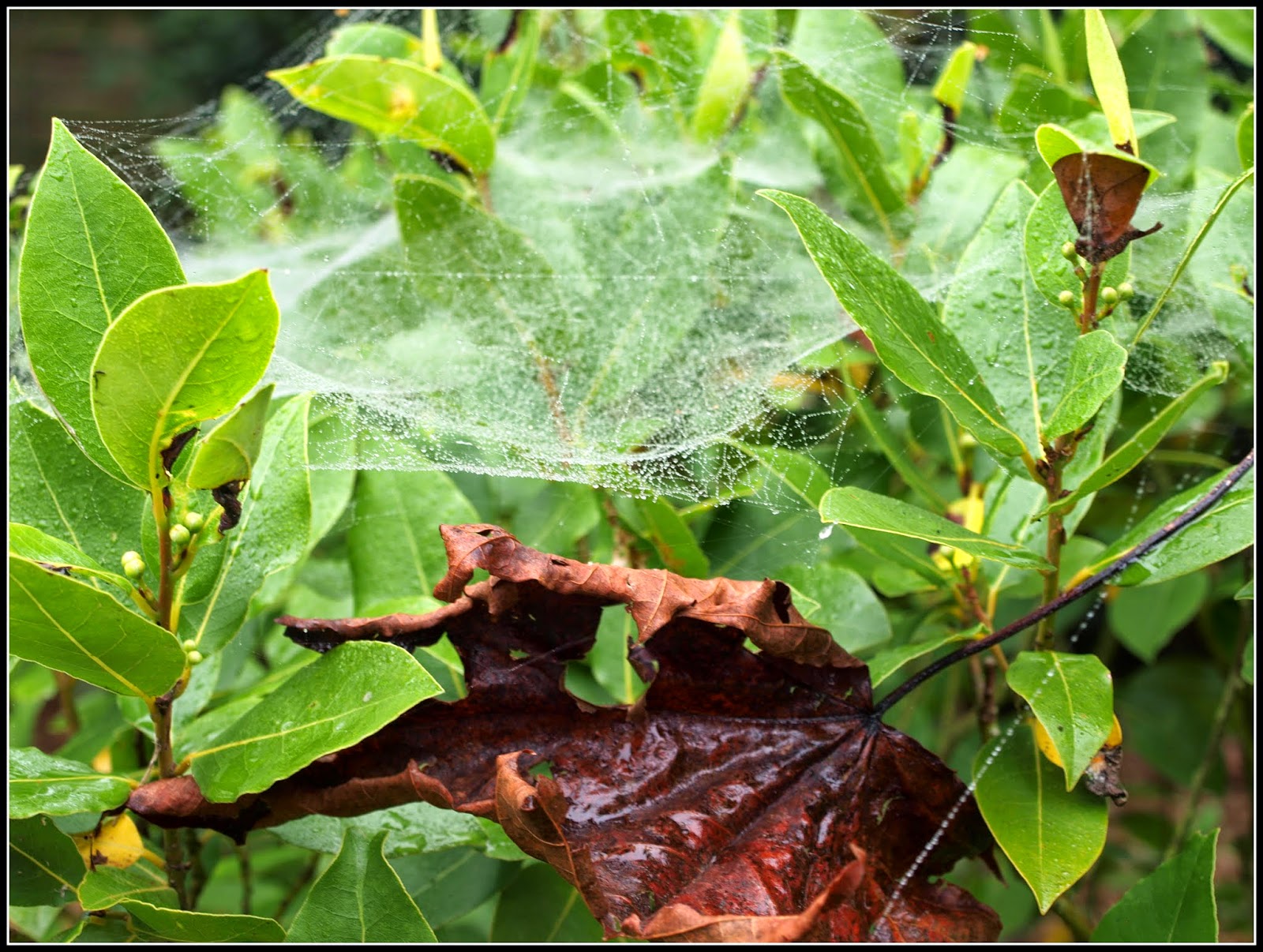 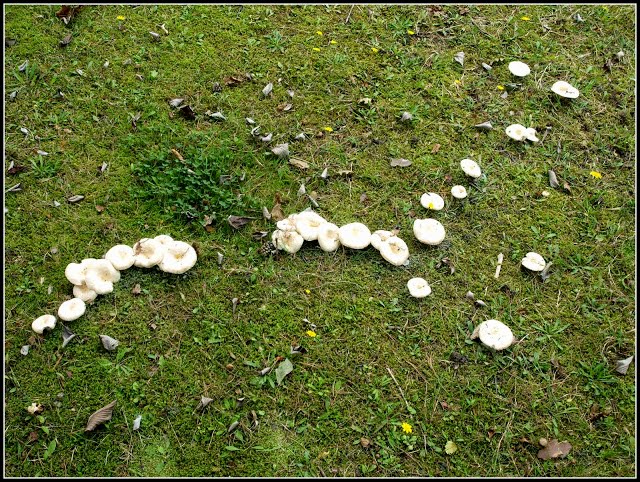